We had the good fortune of connecting with Ben Tufts and we’ve shared our conversation below.

Hi Ben, is there something you believe many others might not?
“Don’t have a plan B.”

Can you open up a bit about your work and career? We’re big fans and we’d love for our community to learn more about your work.
Although I dabble in other instruments inside and outside of the percussion family, drumset is my forte. I guess what might set me apart from others is that I don’t confine myself to just one genre, and I do my best to let my own voice shine through underneath the songs I accompany, without taking anything away from the story being told. In the world of drumming, you can loosely group most folks into two categories: “pocket” players and “chops” players. Pocket players are all about the groove, finding the handshake with the rest of the band–it’s a very safe way to make music, but it takes maturity and taste. Chops players are all about trying out new ideas and tricks and expressing themselves, regardless of the context. It’s a riskier approach, but it takes a lot of practice, and new music rarely results from safe playing. I would be satisfied if my colleagues thought of me as having more chops than the average pocket player, and more pocket than the average chops players.

I believe that where I am today is a result of being open to new experiences, and always trying to find the joy in the music I am helping make. It hasn’t been easy, it’s required a lot of sacrifices–generally speaking the life of a performing and touring musician means giving up the traditional life arc of “get a job, get married, buy a house, have a family, and retire so you can do what you love the last fifteen or twenty years of your life.” It is scary sometimes, but getting to do what I love all the time–whether it’s playing drums or hanging out with people who want to learn more about playing drums–is worth it.

I’ve learned a lot of lessons along the way–many of them several times. Check your ego at the door. Don’t send a text or an email when you’re angry. Nothing is free, and when you don’t pay somebody for their services, there is no accountability. If you’re not the right person for the gig, give it to someone else–but don’t sell yourself short if there’s an opportunity for growth. Be early, be showered, look good and be nice. Listen to music that makes you happy, and listen to music that makes you uncomfortable. Playing songs is the same as telling stories, and if you don’t experience life outside of playing music, you won’t have as many stories to tell. Physical and mental health are connected, and you cannot abuse one or both of them for long without it affecting your playing. Try to play every gig like it’s your last.

I don’t know that I have a brand apart from what I can offer when I sit behind my instrument, but I suppose what I would want the world to know about me or my story is contained in the recordings I’ve made. 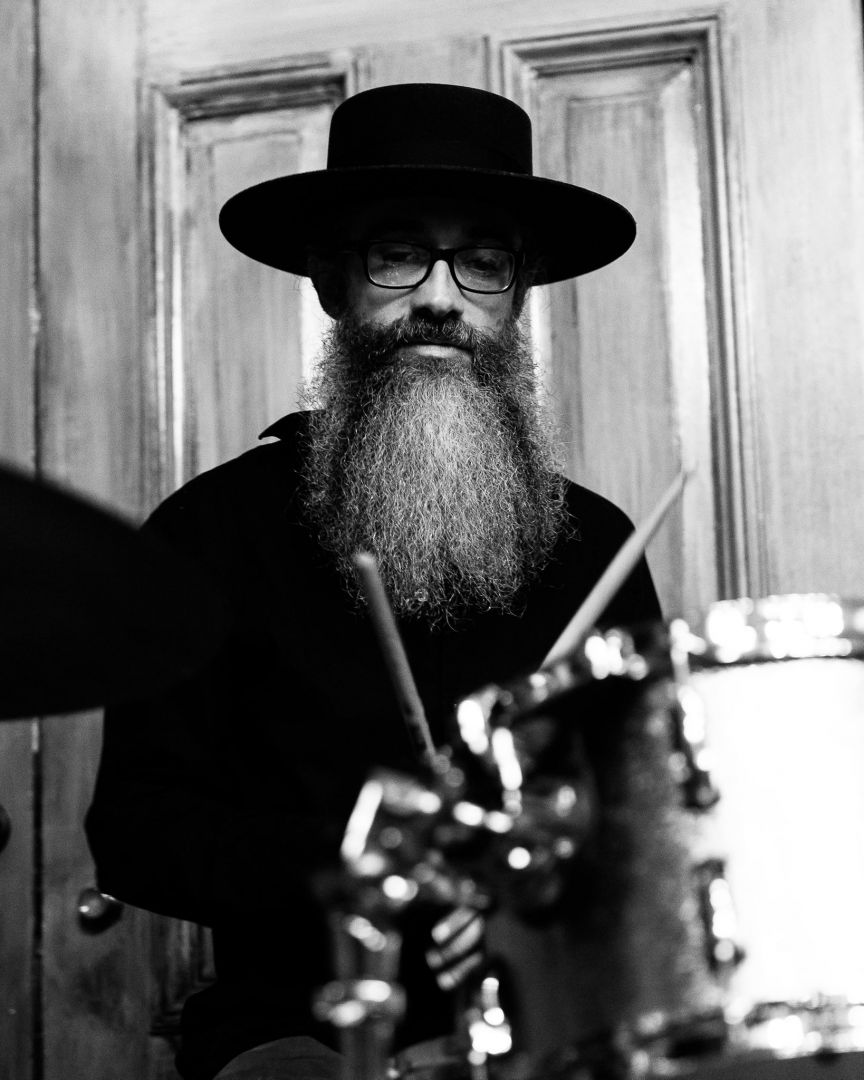 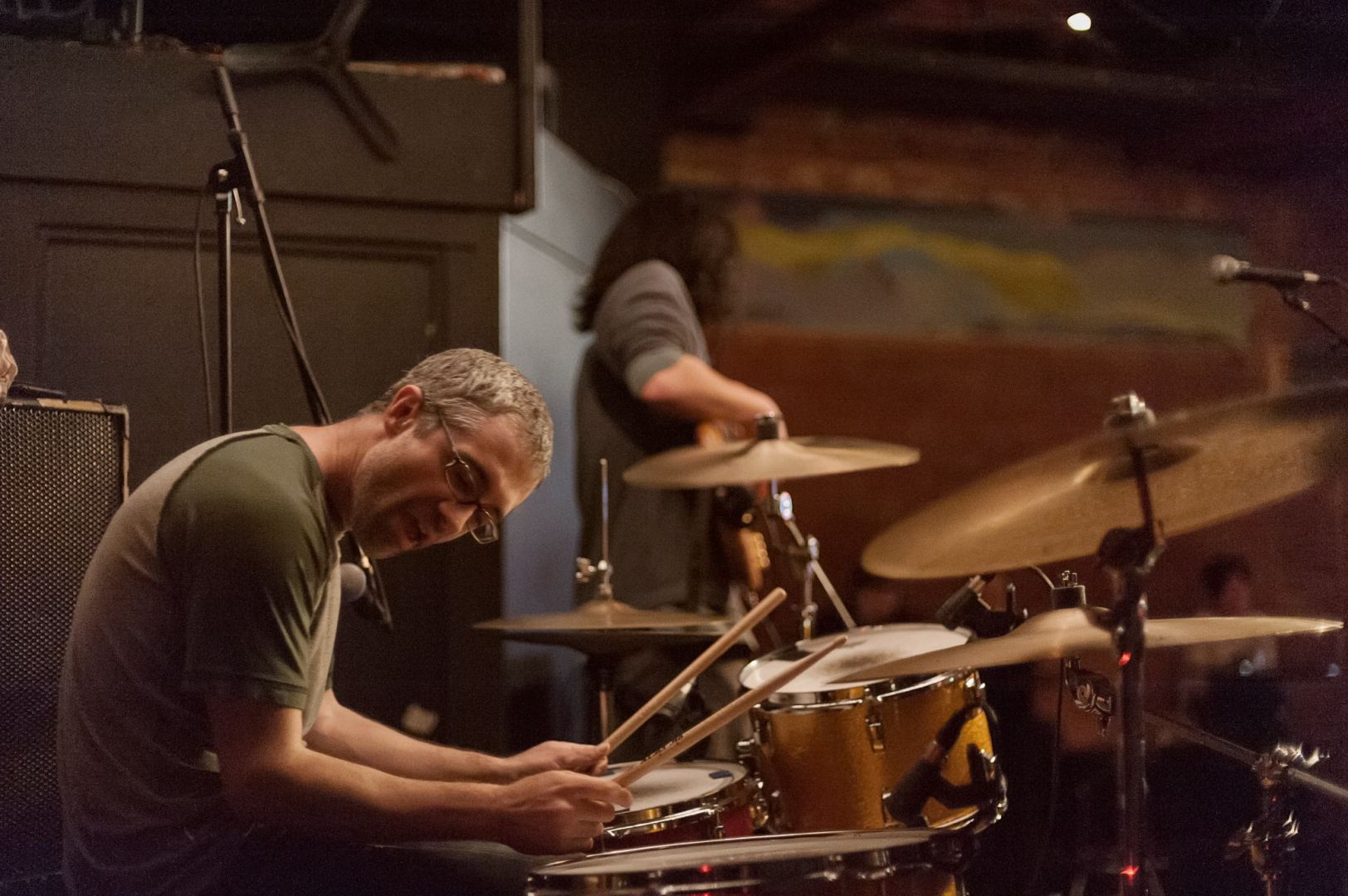 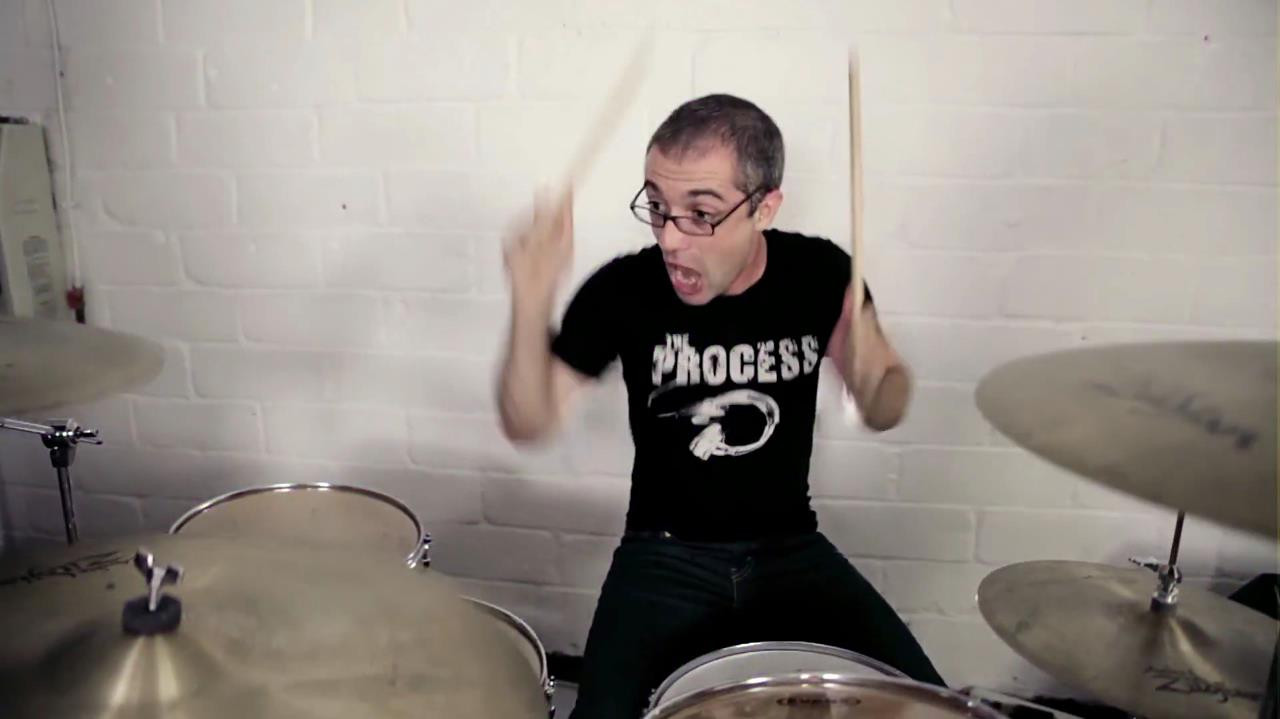 Any places to eat or things to do that you can share with our readers? If they have a friend visiting town, what are some spots they could take them to?
Oh man! What a fun question. I am a huge outdoors person, AND I love eating, so there’s a lot of stuff on this list.

First, the music: I’d definitely drag them to the 930 Club for a big rock show. All of my friends who have played similarly sized venues all over the country say the same thing–we don’t know how good we have it here. There just isn’t another club of its size that’s better. The lines of sight are great from everywhere in the club. Gus always makes it sound good. The hospitality is top notch–and they treat everyone that walks through the back door–from the biggest star down to local talent–like kings and queens. They are the gold standard. For a more intimate experience, my favorite is The Pie Shop on H St. NE. There’s just no better sounding small room in the city, and where else do you get fresh pies backstage before the show?!

For jazz, I’d take them to Blues Alley. For local jazz, Twins used to be my go-to, but the sisters that ran that place had to close it during COVID. We almost lost Blues Alley, too, but thankfully it’s back up and running. There’s simply no better place to hear jazz in DC, it’s an institution for a reason. I’ve seen so many unforgettable performances there. Finally, I’d have to find a go-go show to take them to, go-go is DC’s unique local music flavor, there’s nothing like a live go-go show. Local jazz musician Elijah Balbed’s Jogo project is one of the best modern representations of this stuff.

Since Arlington, VA’s IOTA Club & Cafe closed a few years ago, it’s been hard to pin down where folk, country, blues and americana’s home is in our nation’s capital, but Pearl Street Warehouse sure seems to be making the best effort. Everyone on staff at PSW, especially my friends James Main and Graham Smith-White–is great at what they do and put you at ease. For a punk show, I’d stop by either Black Cat or Slash Run. Black Cat is deep in DC history, and Sean and Elise are an incredible sound team. Slash Run is a relative newcomer, but I am a sucker for a bar venue with good food and a tiny stage who doesn’t mind if you turn up a little. Or a lot.

Also, I’d have to bring them by 7DrumCity, the spot where I teach on Wednesdays, to show them what a marvel of a community Miles Ryan and his staff have built there. It’s more than just a lessons and rehearsal studio. –Besides those offerings, they own and host the Flashband concept (sort of speed dating for amateur and hobbyist local musicians) AND the 70 capacity in-house venue The Pocket–resulting in an end-to-end pipeline for learning for people who play all instruments.

NOW! For the food. *rubs hands together*

There’s no better place outside of Ethiopia to find Ethiopian cuisine than Washington, DC. My favorite spot in the city is Habesha on 9th St. NW, near the 930 Club. It’s also a market, so I make sure to grab a big bucket of berbere whenever I come through. I’m a sucker for smoked fish, so Ivy City Smokehouse would be on the list as well. Of course, no visit to DC is complete without stopping by Ben’s Chili Bowl–the half-smoke is DC’s answer to the Philly cheesesteak, like go-go is DC’s answer to hip-hop. Not to be missed. I also REALLY love fresh bread, but I have a bit of gluten sensitivity, so I like to stop by Seylou bakery for a loaf of Einkorn–they also have all sorts of amazing gluten-ful breads and pastries–the smell inside that place is intoxicating. The BEST coffee in DC comes from the tiny shop La Coop. A friend of mine who makes his living repairing espresso machines turned me on to them. All of their beans come directly from the owner’s hometown in Guatemala. For veggie tacos that are the freshest, nothing beats Chaia in Georgetown. Another well kept secret is the tiny Saku Saku Flakerie in Cleveland Park–fresh pastries from the Japanese and French traditions that usually sell out each day. It’s weird that a music venue could have some of the best sushi in the city, but The Hamilton Live–besides hosting fantastic live music in their downstairs dinner theater most nights, also has an incredible sushi menu–playing there is quite a treat. And the same folks own Old Ebbit Grill, another DC institution–anyone who loves raw oysters simply must go there. I’m probably forgetting about a dozen other spots, there’s so much good food in the city.

DC is also of course well known for it’s museums, and most of them are free. My favorite is the Phillips Collection–it’s not part of the Smithsonian, so it’s not free, but besides having excellent rotating exhibits in a very intimate setting, its regular collection includes Renoir’s famous Luncheon of the Boating Party, a painting I could sit and stare at for hours. The National Museum of the American Indian is fascinating. But probably the two heaviest and most incredible museums I’ve ever been to–the National Museum of African American History and Culture and the United States Holocaust Memorial Museum–are both located in DC. You can spend an entire day in each, and each is an overwhelming and necessary experience for every human, in my opinion. Of course, also included in the Smithsonian network is the national zoo!

If opera or dance is your thing, the Kennedy Center never disappoints. DC is also home to the Lincoln and Howard Theatres, both built for African American performers and audiences, GREAT places to see not only live music, but also dance and comedy.

For outdoorsy stuff, Rock Creek Park–just north of the zoo–is one of my favorite places to be. I’m a bit of a hobbyist expert about the park, having spent countless hours hiking, running and biking every inch of the 40+ miles the Park has to offer. I would start at Peirce Mill, walk them up the western ridge trail to the huge pile of abandoned stones from a 1960s remodeling of the Capitol building, down Milkhouse Ford (a trail on top of one of the oldest roads in the city) to the Creek, up the other side of the valley to Pulpit Rock at the top of the Teddy Roosevelt side trail, and then back down to Peirce Mill on one of the quiet horse trails that runs along the water. Rock Creek is twice the size of Central Park in NYC, and is such an incredible treasure. I’m also very familiar with the rest of the trails inside NW, including Melvin Hazen, Glover Archbold, Dumbarton Oaks, and Tregaron just to name a few–there is such a variety of ways to experience the greenery in the city! I would of course be remiss if I didn’t mention the Chesapeake and Ohio Canal and Towpath, which starts near Thompson Boat Center where Rock Creek empties into the Potomac, and runs north through Georgetown, nearly 185 miles all the way to Cumberland, Maryland! I’ve completed two bicycle trips spanning the entire trail out and back, as well as running my only marathon on the C&O, and it is a staggeringly beautiful piece of history and natural beauty. 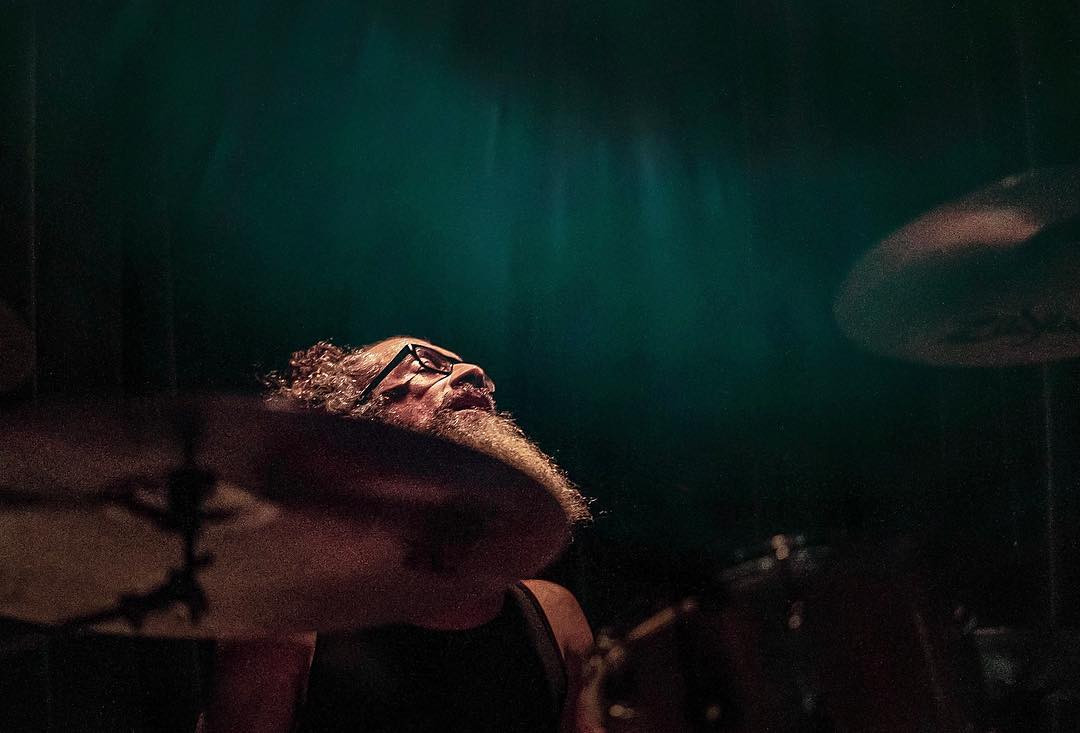 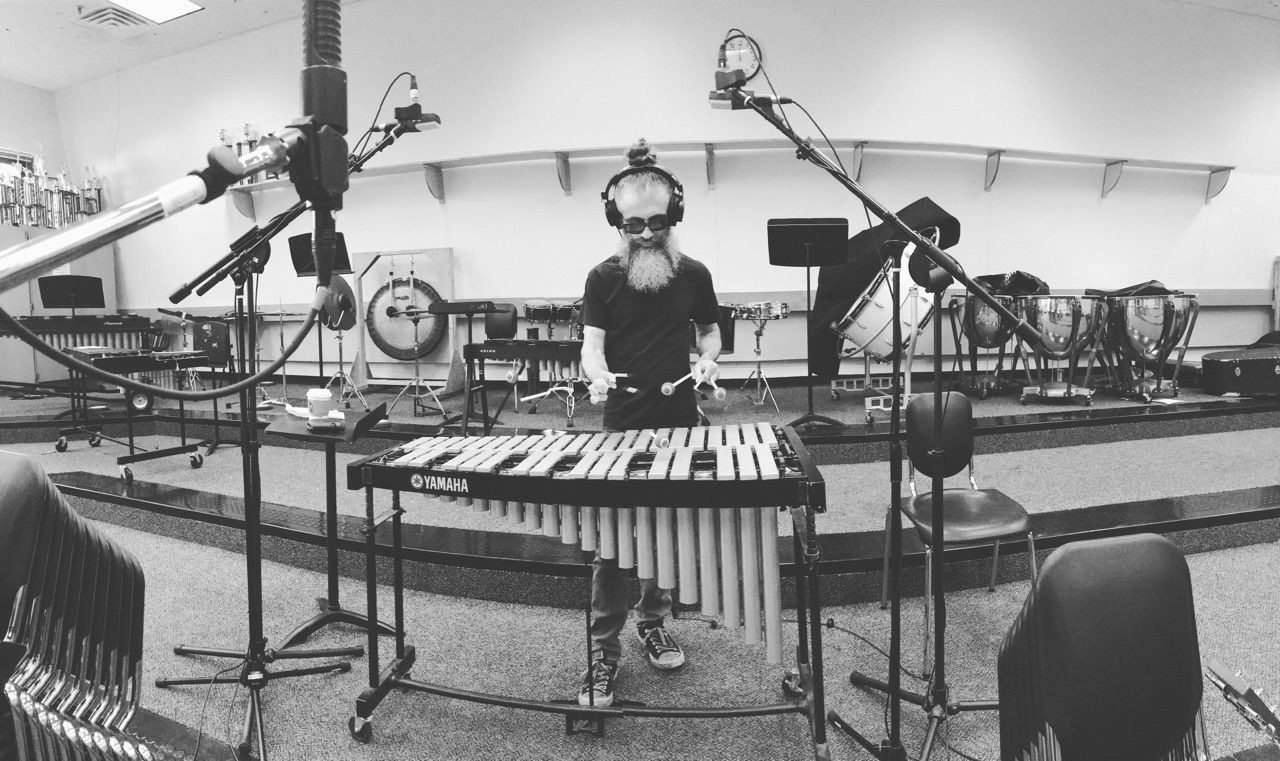 The Shoutout series is all about recognizing that our success and where we are in life is at least somewhat thanks to the efforts, support, mentorship, love and encouragement of others. So is there someone that you want to dedicate your shoutout to?
My friend Korey Hubbard, someone who I collaborated with in college, who passed away unexpectedly a couple weeks before Halloween. 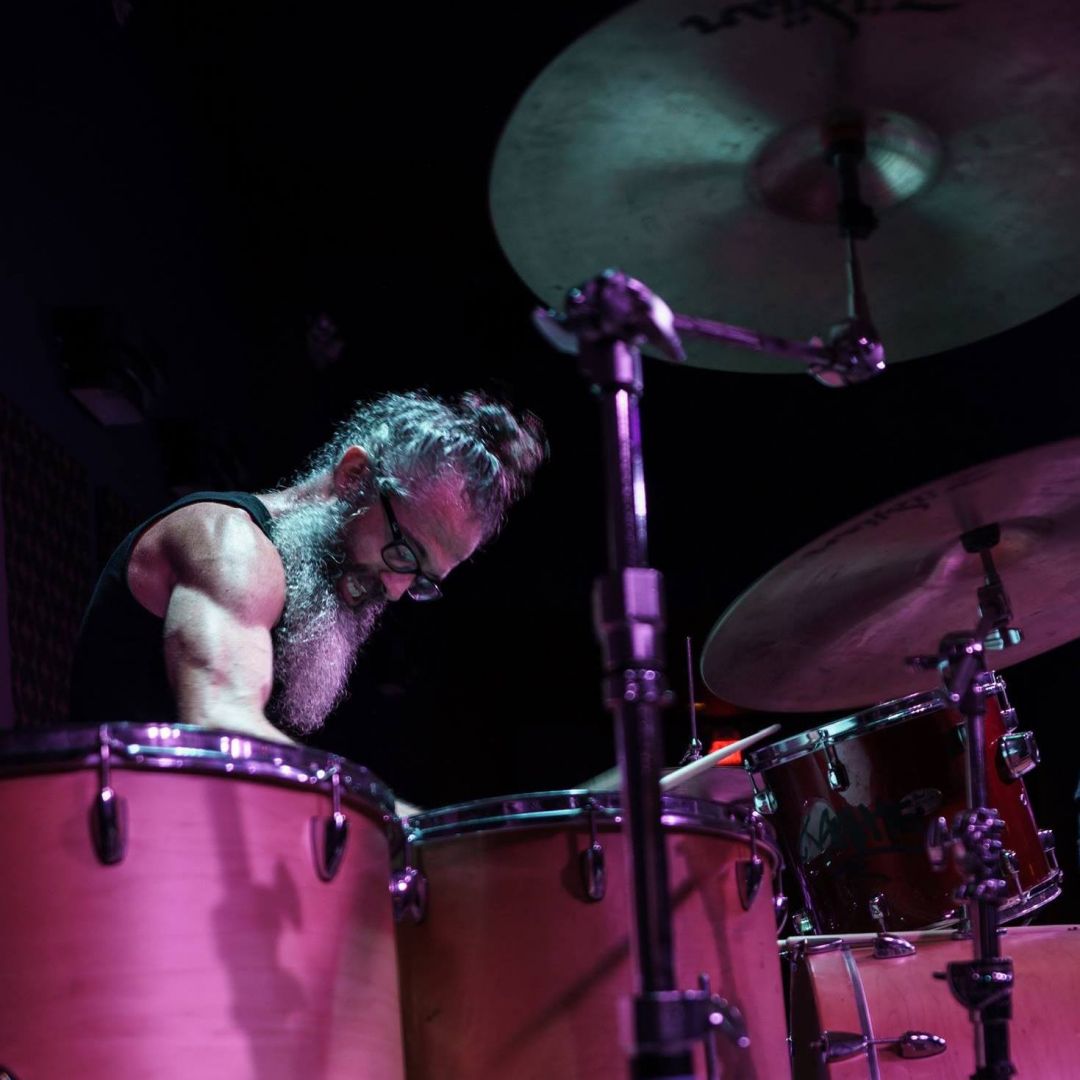 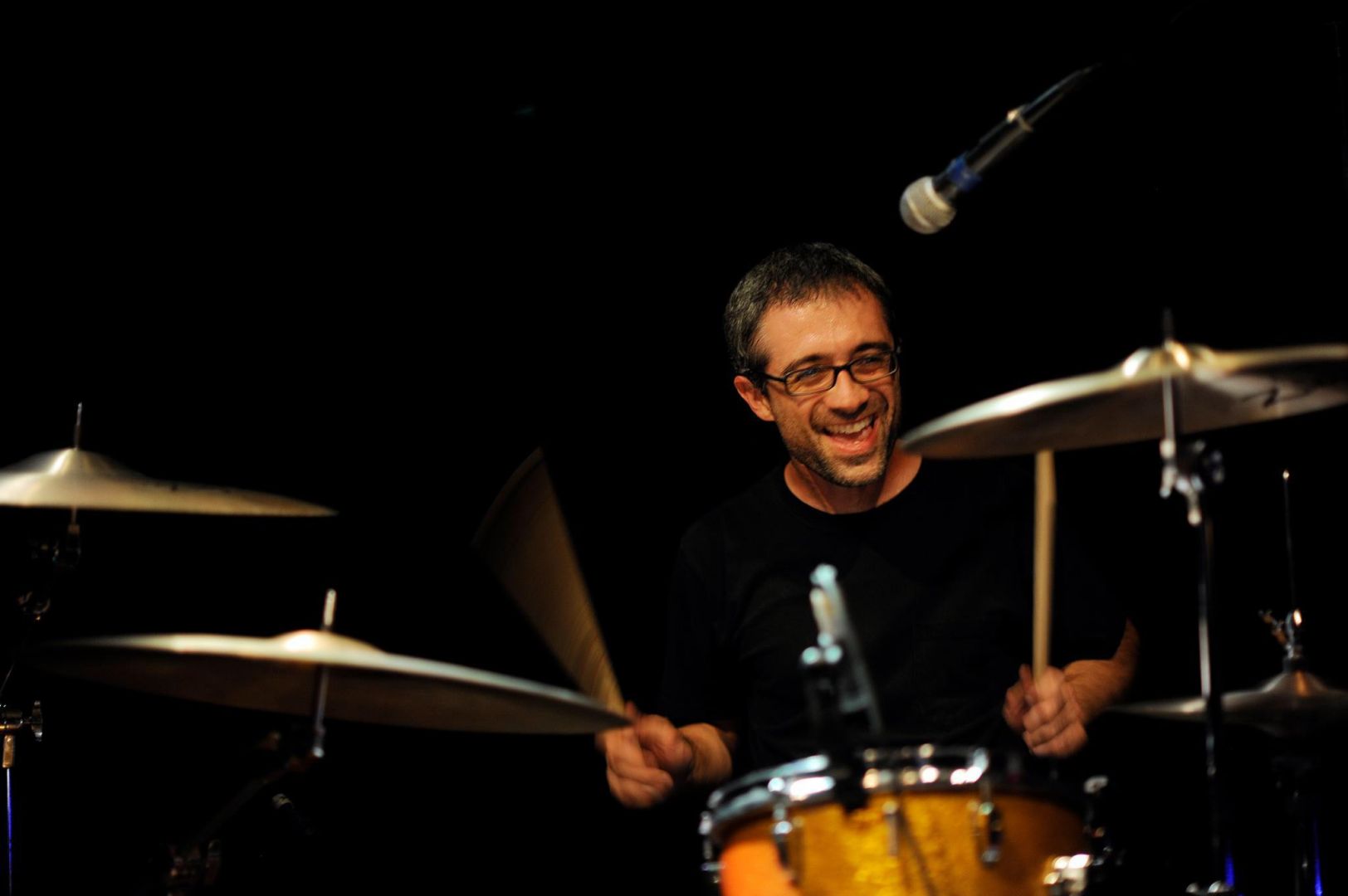