We had the good fortune of connecting with Benjamin “Ben Jovi” Cunill and we’ve shared our conversation below.

Hi Benjamin “Ben Jovi”, what role has risk played in your life or career?
Had I not been willing to take what seemed like an overwhelming risk at the time, I would not be on the path I am today, operating my own business/recording studio, getting to do what I love, while meeting and working with talented and creative people on a regular basis. I had been working in a solid trade for 8 years and decided to take night classes (while working) to learn audio engineering. After graduating from the school, I quit my day job and was interning at studios for free, while driving Uber and delivering pizzas to pay my bills. After a friend helped me get a job at a major studio for about a year, I decided once again to take a risk, and leave the comfort of that job, in order to open my own recording studio. Once again, my only source of income became driving and delivering pizzas. At that time, due to the overhead of renting a commercial space and the money needed to invest in equipment, etc, I decided to forgo the comforts of life and gave up the apartment I was renting, and basically became homeless, living out of my car, showering at gyms, sleeping on couches, racking up debt, etc, in order to make sure I could keep the bills paid and keep the studio open and operating. I basically lived that way for about the next 4 years of my life, doing free and low paid recording jobs in order to gain experience, delivering pizzas, sleeping and showering where I could, and investing everything I made back into the studio. Now, 6 years later, I’m in a beautiful studio space that I operate full time, live “on the grid” again, haha, and have a career I enjoy, that allows me to help other people bring their vision and passion to life, and that is the best reward of all! 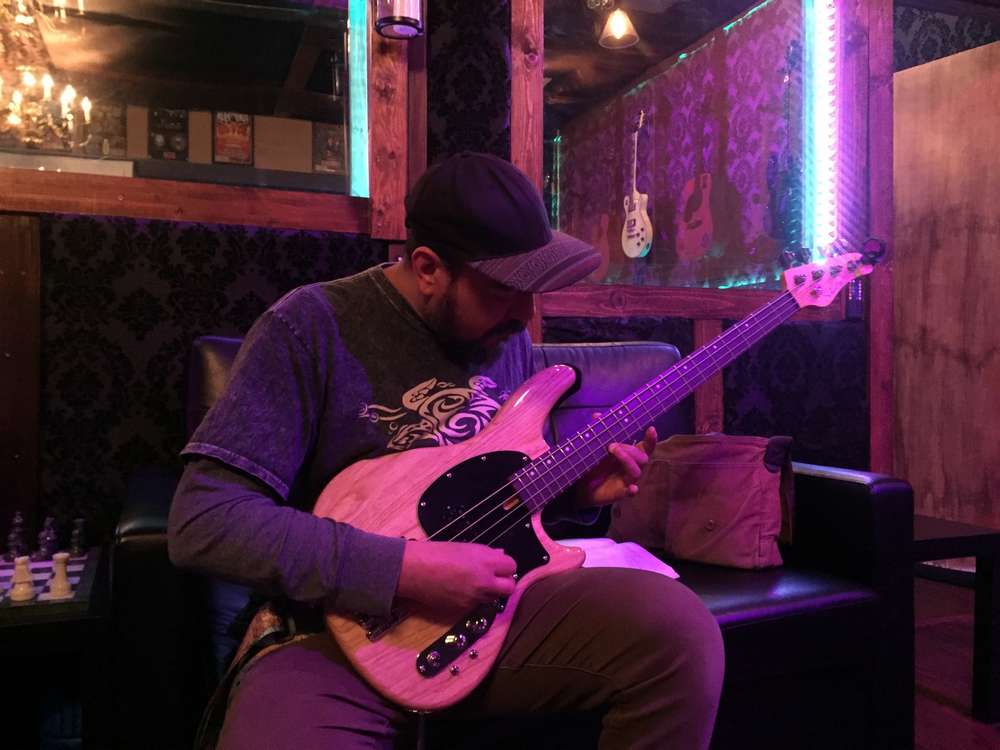 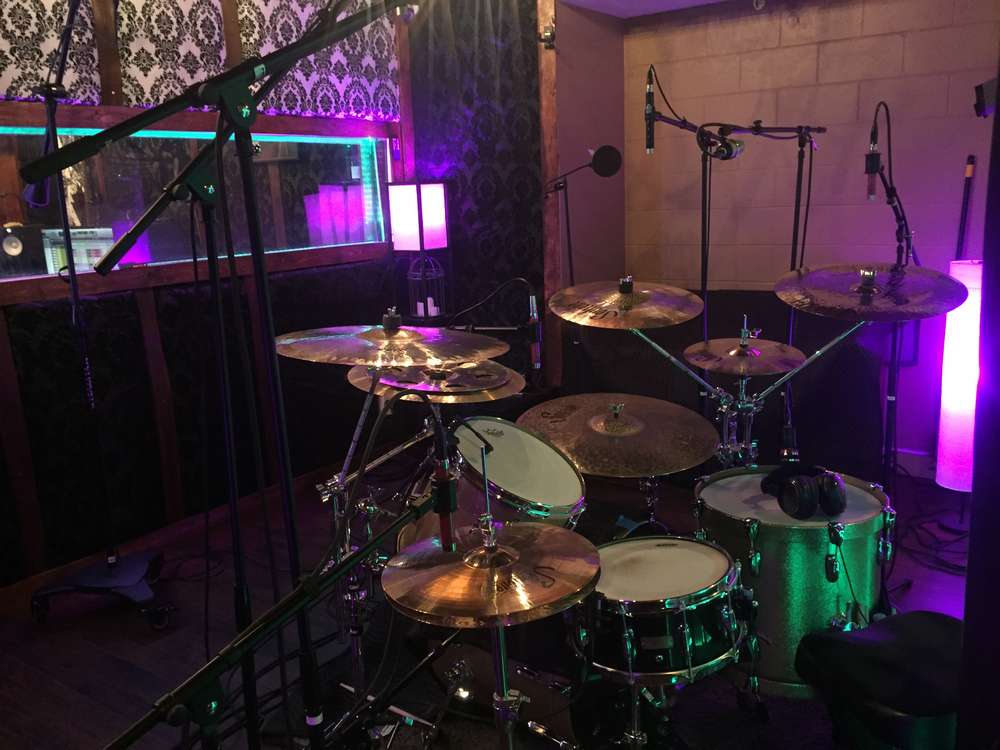 Alright, so let’s move onto what keeps you busy professionally?
I started playing guitar and bass when I was 14 and immediately formed a band with my friends. As soon as I started playing music, I literally lost interest in everything else and just wanted to listen to music and play music every day. Being a musician, or wanting to be a musician is not an easy path. It’s racked with ups and downs, self-doubt, excitement, depression, all the emotions you could ever experience in your life, over and over, while following this “dream”. There were plenty of times I wanted to walk away and do anything else, but somehow, it always seemed to call me back. I think a big part of the journey was accepting that “I am a musician”. I’m not going to be a doctor, I’m not going to be a lawyer, this is the path I chose. I grew up very poor and started working at age 15. I was not able to go to college and worked tons of entry level jobs (some I hated, some I enjoyed) to pursue my musical passion. Being an audio engineer has allowed me to serve and provide a service for others, and my background has allowed me to understand the importance of every note, every word, and every song for each artist and band, and it drives me to make their final product, the best interpretation of their vision and their dream that it could be. I am blessed to have found a way to be able to do what I love, and give something back to everyone I work with. 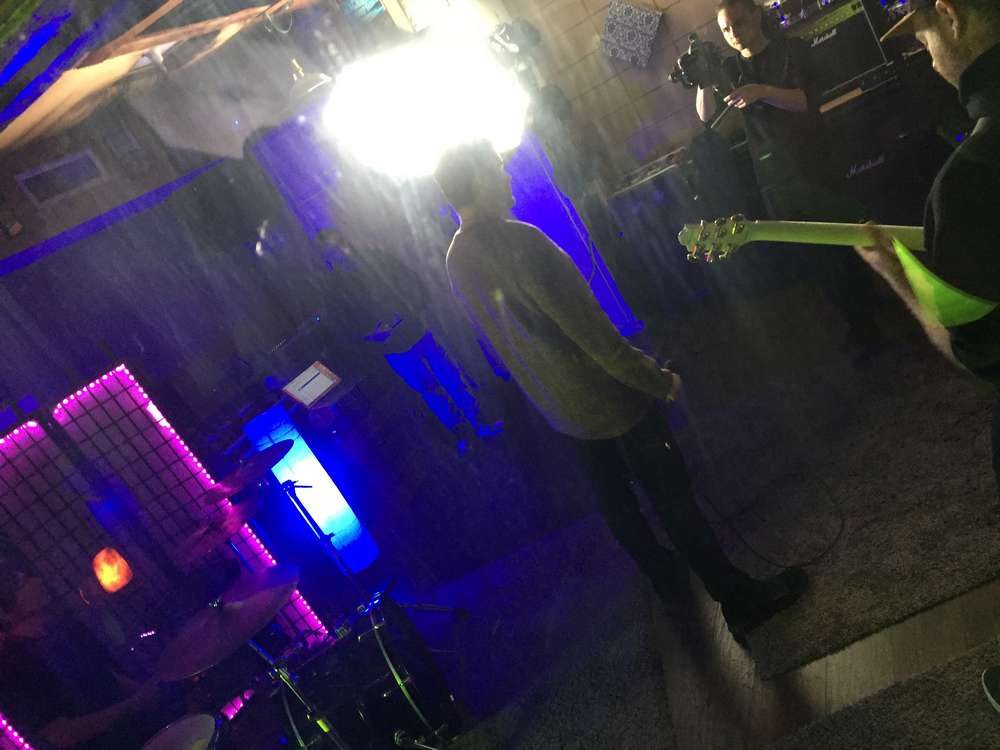 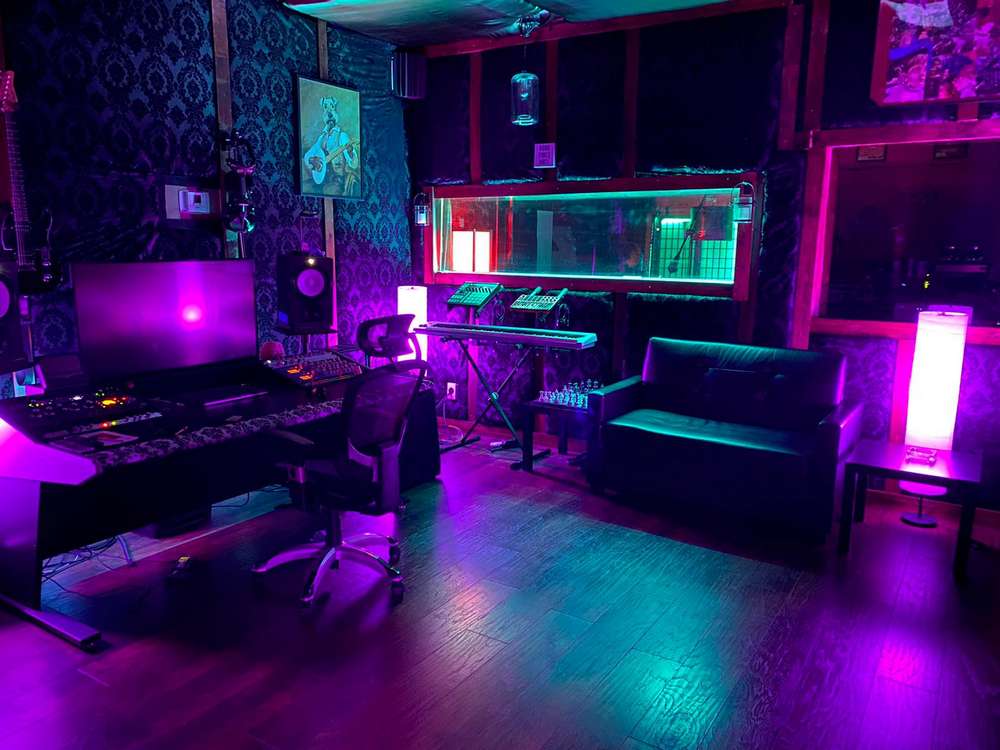 Any places to eat or things to do that you can share with our readers? If they have a friend visiting town, what are some spots they could take them to?
After spending so much time locked inside a studio with no natural light or windows, some of my favorite stuff to do is outdoors. One of my favorite hikes is the wisdom tree, which gives you a wonderful view of Hollywood, Downtown Los Angeles, and The Valley. I also love Malibu Creek, and the waterfall at Eton Canyon. Venice beach has been one of my favorite areas since I was young. It’s so full of life and energy when it’s busy, and it makes me wish I could hear everyones stories about their lives and where they came from and who they are. Hollywood holds a special place for me as it is where I went to school for audio, which changed my life, as well as just spent tons of time walking around, going to shows, and again just enjoying the chaos of all the people. Of course a lot of my favorite places were music venues all around the city and county, most of which have been closed since 2020 due to the pandemic, but even then, the best part was not the venues themselves, but the bands and people and friends you meet along the way. 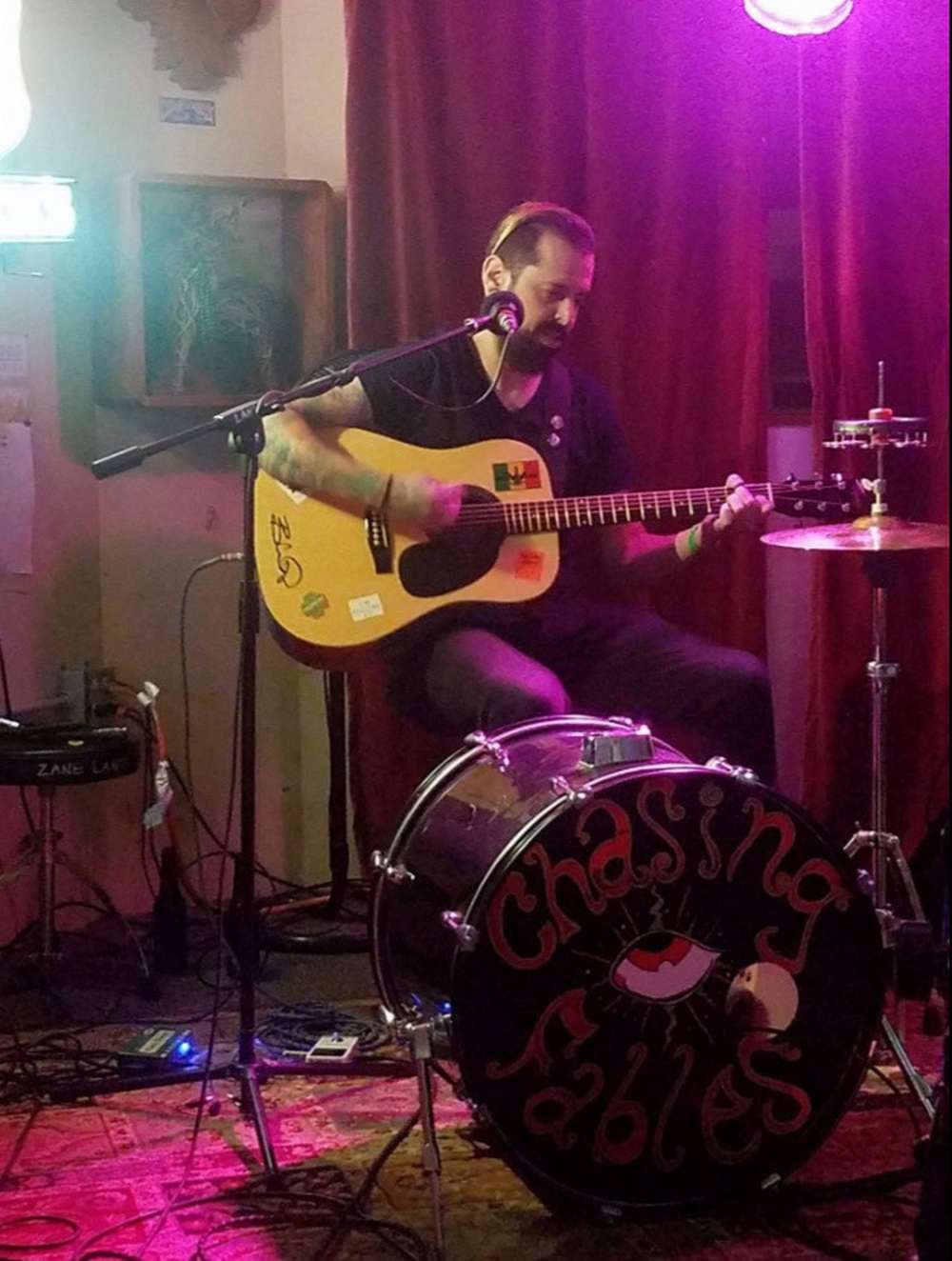 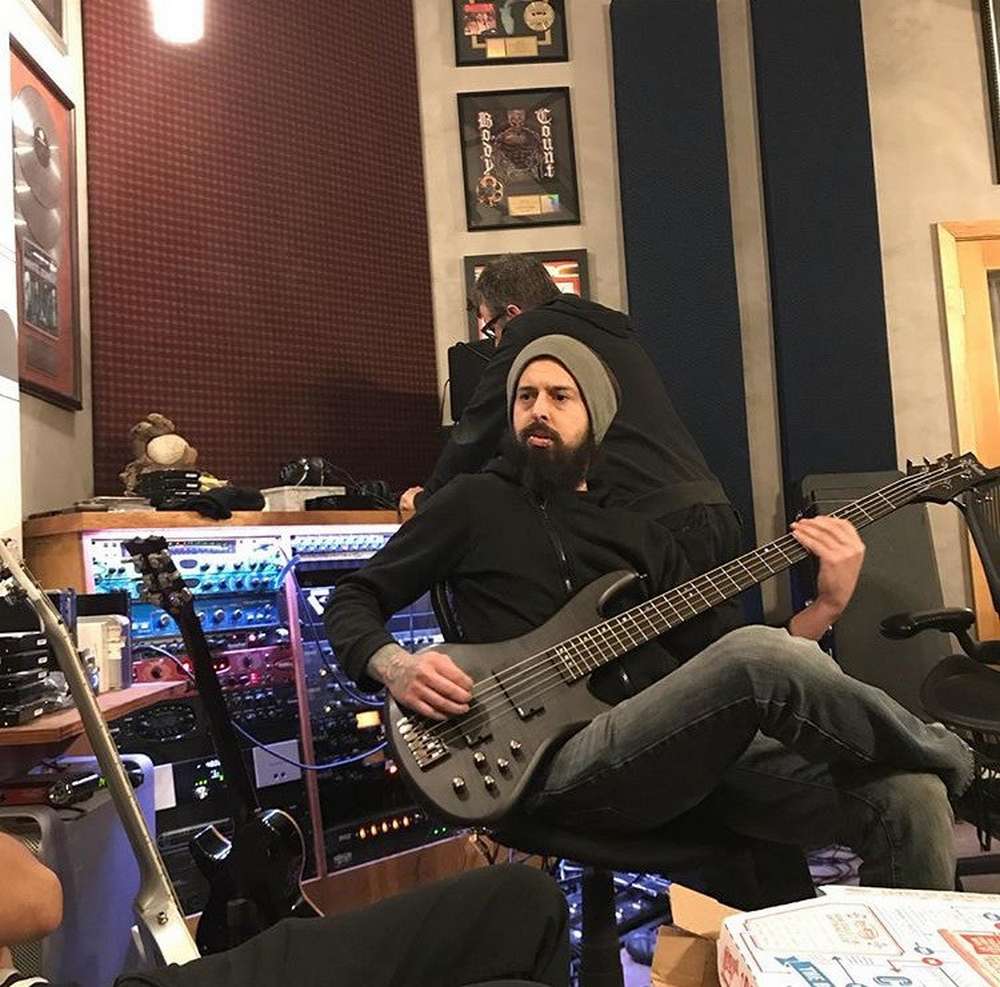 The Shoutout series is all about recognizing that our success and where we are in life is at least somewhat thanks to the efforts, support, mentorship, love and encouragement of others. So is there someone that you want to dedicate your shoutout to?
I’d like to thank my former manager Amber Cordova for the job at the studio I previously worked at. Rod Soriano and Paul Rutan III for all the hospitality and couch crashes while I was getting the business up and running. And a special shoutout to Dave Leach and Dirty Machine for being my first paid recording gig on my own.