We had the good fortune of connecting with Benton Preciado and we’ve shared our conversation below.

Hi Benton, what led you to pursuing a creative path professionally?
Its hard to name just one reason I decided to pursue being a professional cellist. As a kid, I wasn’t the nerdy Straight A type. Nor was I the sporty Jock type. To be honest, nothing really peaked my interests until I was first placed in a music class (by complete accident). It took some time, but I finally found something I had a passion in, and that I was good at.

As I got a little bit older, another major factor in my decision to become a cellist is the lack of representation in the Classical Music World. I am a biracial male (Black and Mexican) that grew up in Los Angeles. And while there is no underrepresentation of Blacks and Latinos in the area, there are not many that are classically trained musicians. Growing up, most of my music teachers were white, and while they had my best interest at heart, I still didn’t feel like I could completely relate to them or the majority of the other kids playing music.

As an adult now, I hope that I can be an inspiration to someone who wants to learn an instrument, but has doubts because they don’t see anyone who looks like them pursuing it. If we want to see a change in the world, we need to be the change in the world. 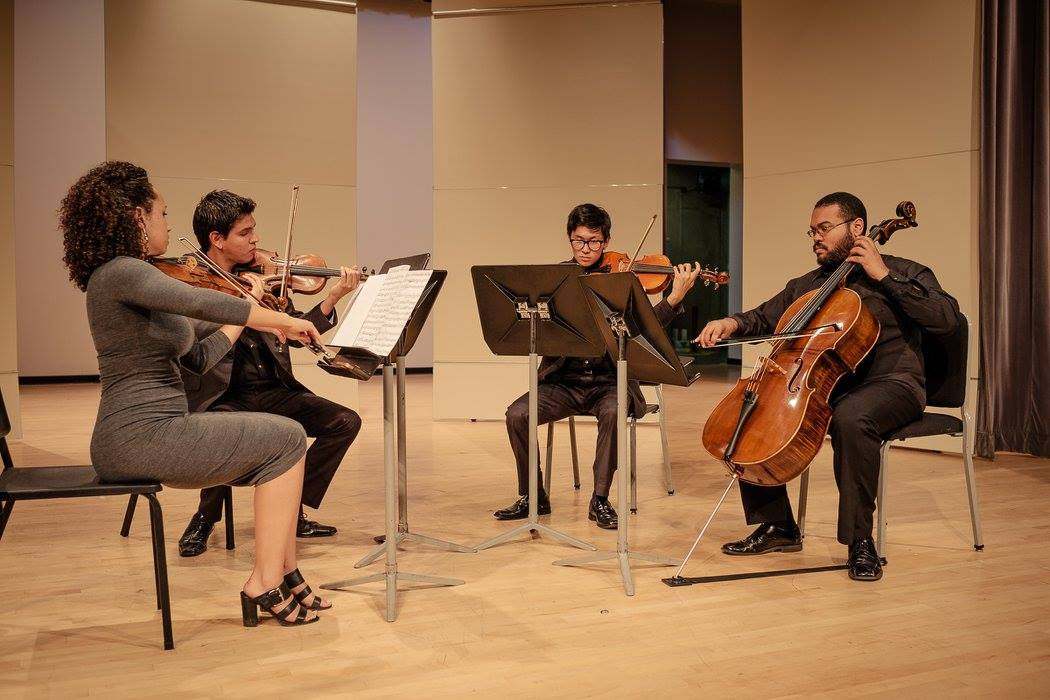 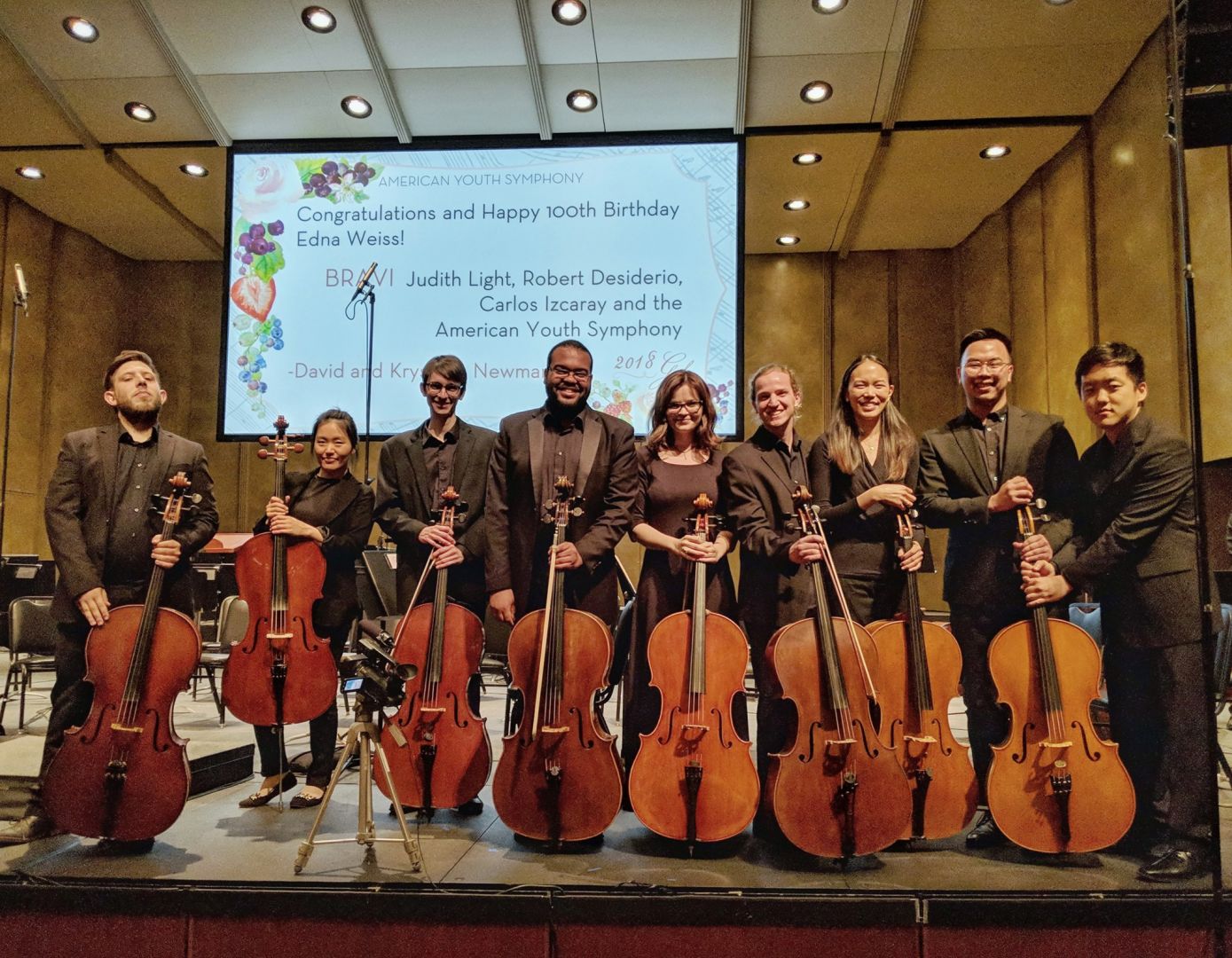 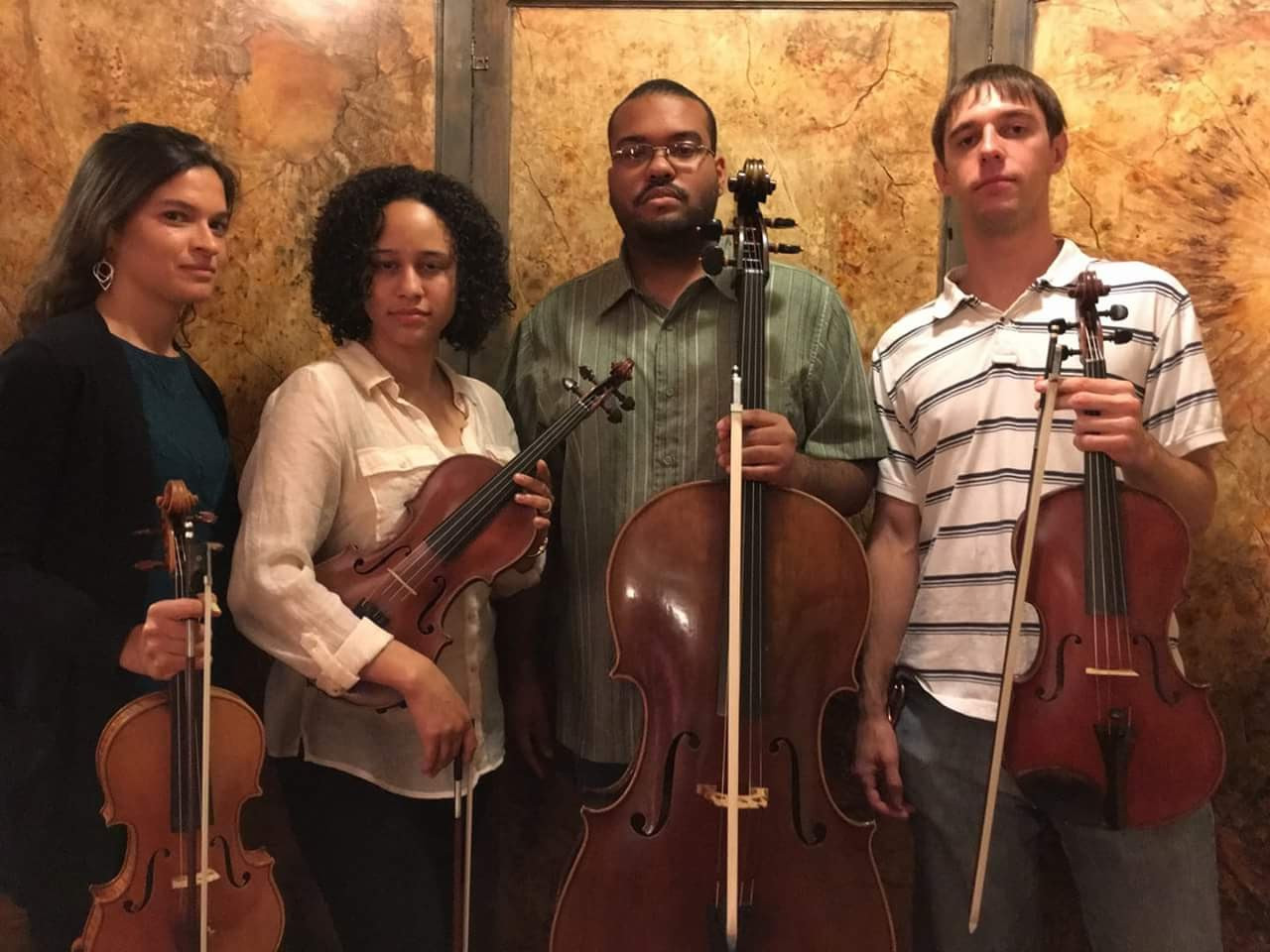 Can you open up a bit about your work and career? We’re big fans and we’d love for our community to learn more about your work.
I’d really love to share my humble beginnings with cello and how I got to where I am now. My journey with the cello started in the 7th grade completely by accident. I guess you can say it was serendipity. Originally I chose to become a teachers assistant as my elective back in middle school, but somehow that class got replaced with something called “Beginning Strings”. I had no idea what I was getting into, I thought the class was going to be about literal strings, like sewing or something. Anyway, I show up on the first day and I see many shelves and racks of instruments and then it finally dawned on me, “Oh, beginning strings means stringed instruments”. I wasn’t thrilled, but was happy that it wasn’t a sewing class.

Mr. William Barrett was the teacher (someone I am still in contact with, thankfully) of that class and on the first day, he asked “Who can name the four main stringed instruments that make up a symphony orchestra?” Many of the kids shouted out “Violin!” as their guess. Someone even surprisingly was able to name the “Viola” and someone else called out “Bass”, but there was still one more. Other kids started to call out “guitar!” “banjo!” “ukulele!” Now don’t get me wrong, these are all stringed instruments, but none of them make up the main string family of the symphony orchestra. There was one more answer that someone guessed and they guessed “harp!” They were close because the harp is found in the orchestra, but still not part of the main string family.

So after everyone made their guesses and nobody could seem to figure out what was the last instrument, I very shyly raised my hand and answered “I think the last one is the Cello?” Mr. Barrett congratulated me and told me that I was correct! Honestly, I have never seen or heard a cello in my life prior to that, so I still don’t know how I knew what that thing actually was.

When it came down to choosing an instrument, I thought to myself “Well, since I kind of know what a cello is, I think I’ll pick that one.” I mean how hard could it be? Its only got four strings, right? That means its only got four notes. I just have to memorize which is which…. Oh boy was I in for a big surprise. After learning the open strings, we were taught something called “first position” and that is where I thought to myself “What! There’s More?!” I immediately wanted to quit, but by that time it was too late. All class schedules were finalized. After some forced bonding time with the cello, I began to find some enjoyment with it and I decided to enroll again for the next semester.

Jumping forward many years, I am currently a working cellist and cello instructor in the Los Angeles area. The journey to get here was extremely tough and there were many moments I wanted to quit. Some of the motivation that keeps me going is I couldn’t imagine doing anything else as a career. Yes there are so many challenges with being a musician, but with all of those challenges, there are great rewards.

One lesson I’ve learned is to never give up. I know it may sound cliché, but it is true. The only way to never reach your goals is if you quit. I have had so many negative circumstances in my life happen that definitely slowed me down, but after some time, you have to get up and keep moving. If you want to do something, go do it.

Any places to eat or things to do that you can share with our readers? If they have a friend visiting town, what are some spots they could take them to?
There are many spots I absolutely love throughout LA! One of my favorites is Disney Hall! Every time I am there whether it be to watch a performance or perform there myself, I feel like such a kid in awe and amazement! If you haven’t had the privilege of watching a concert there, please do so!

To be honest, I don’t really have any favorite spots. Everywhere can be equally as beautiful, or quite the opposite depending on how you look at it. Mostly, I can have a good time anywhere, especially if I am with the right company. Enjoy all that LA has to offer. 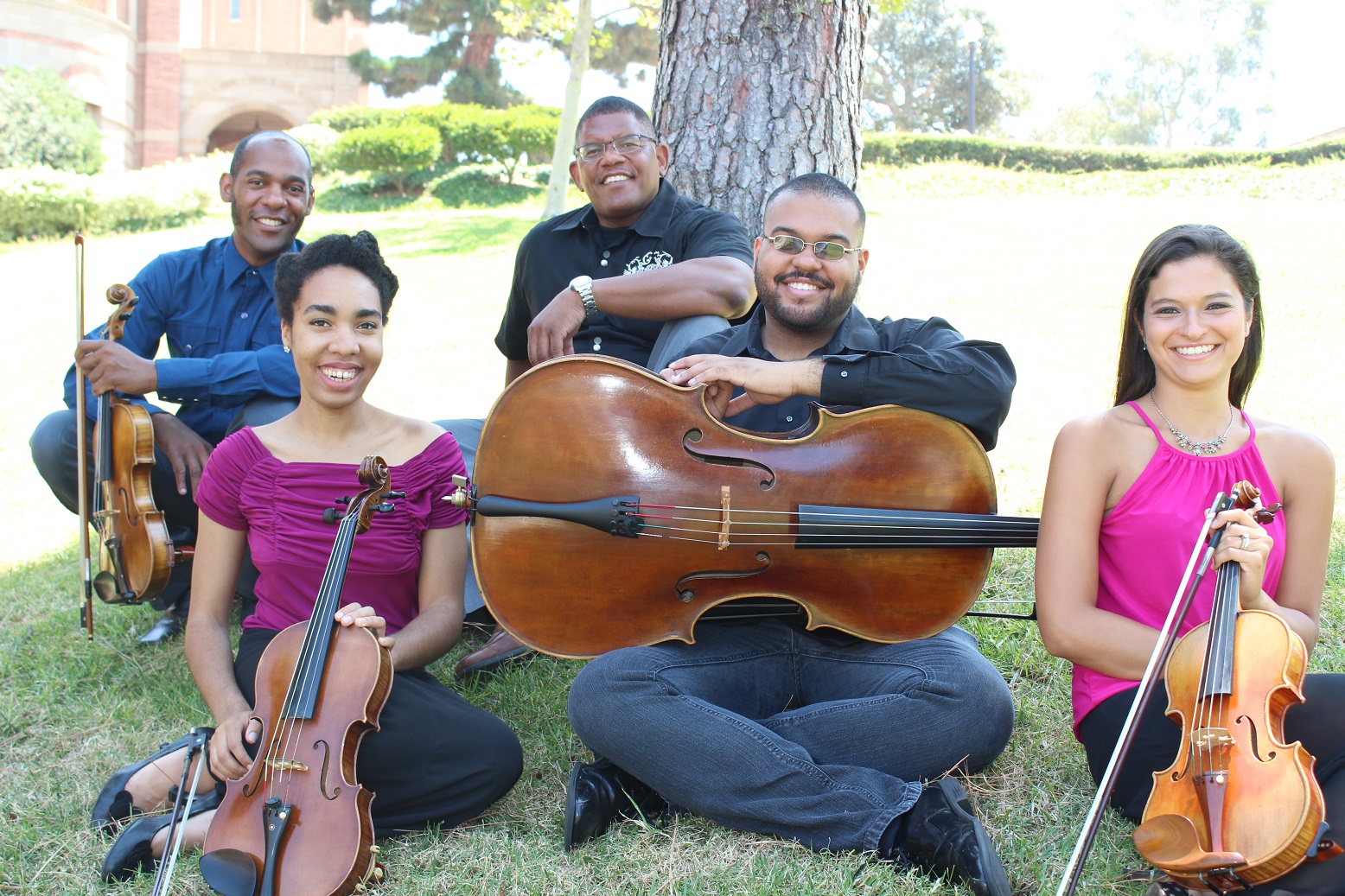 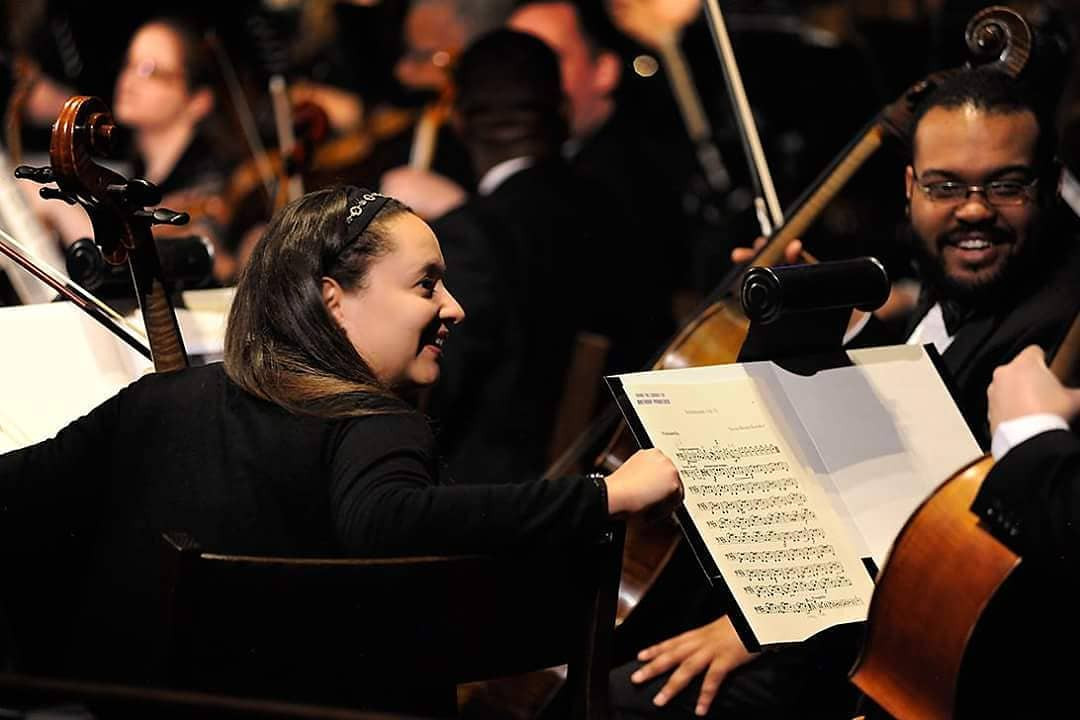 The Shoutout series is all about recognizing that our success and where we are in life is at least somewhat thanks to the efforts, support, mentorship, love and encouragement of others. So is there someone that you want to dedicate your shoutout to?
Yes I would like to give a shoutout to my boss Shabnam Fasa who is the Founder and Executive Director of the Santa Monica Youth Orchestra! And she just became a new mom!