We had the good fortune of connecting with Bonnie Root and we’ve shared our conversation below.

Hi Bonnie, is there something that you feel is most responsible for your success?
The most important factor behind my success has been the balancing act of a willingness to adapt and change while holding on to my truth and sense of self. In arts and entertainment industry trends are constantly shifting and what was relevant today can be rendered meaningless and outdated in two seconds. I learned, sometimes the hard way, that my life IS my art and sometimes a transformation is needed or a break to spend time incubating in a safe space before re emerging with new and fresh ideas and versions of yourself. Authenticity and flexibility have helped me a lot to stay in whatever game I’m playing. 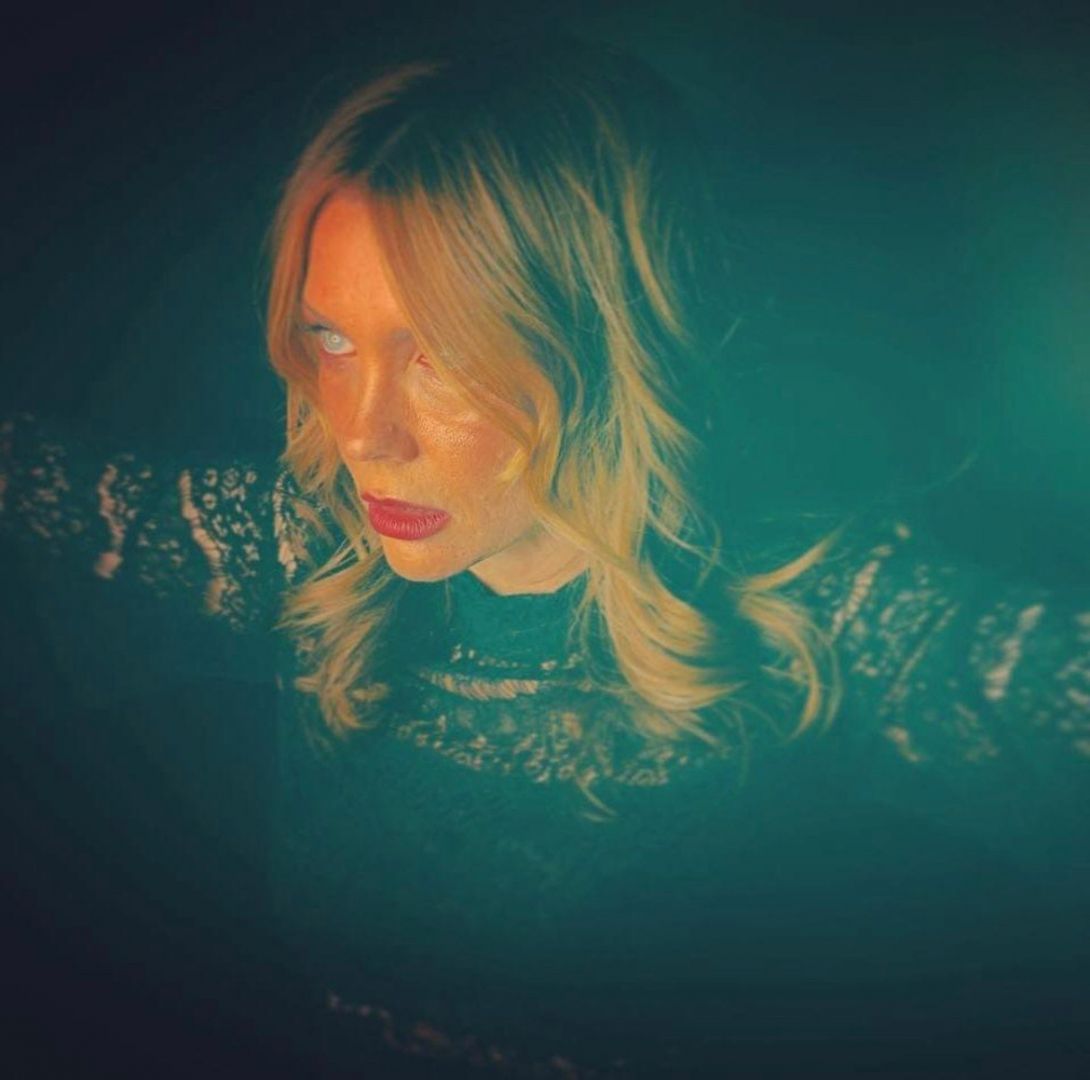 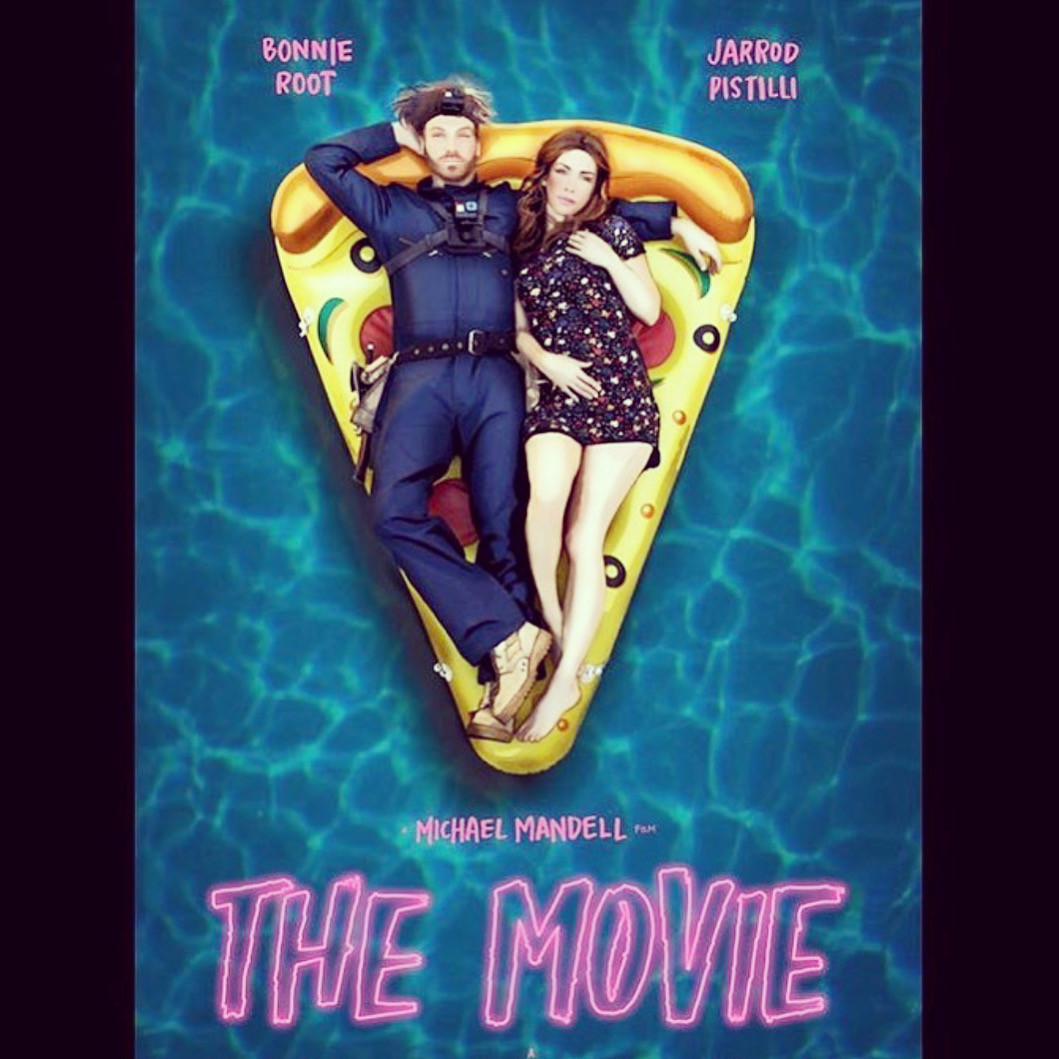 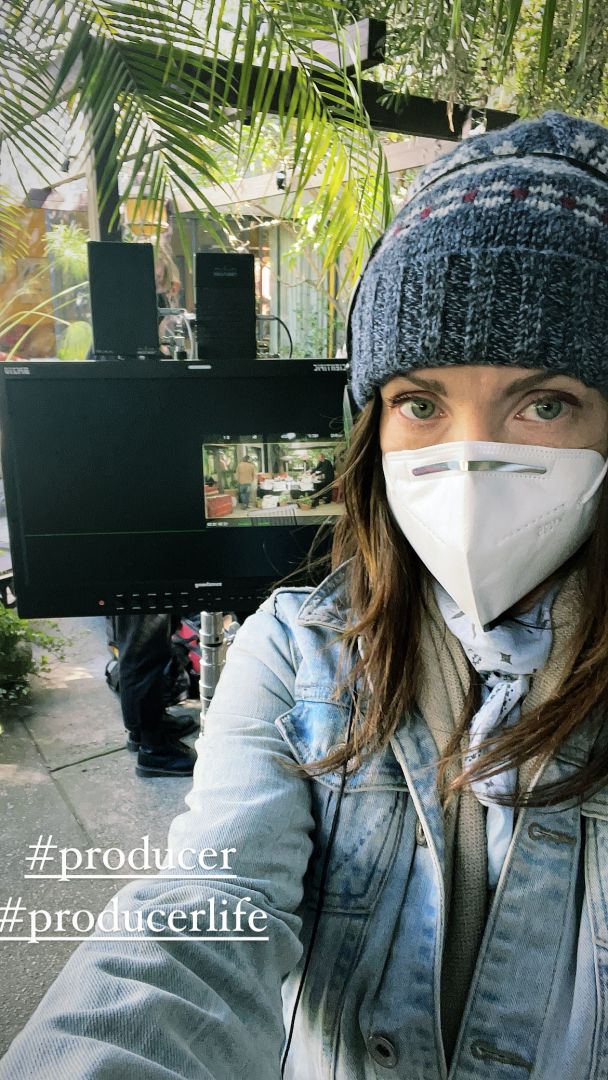 Can you open up a bit about your work and career? We’re big fans and we’d love for our community to learn more about your work.
I am an artist who wears many hats, usually at least three at any given moment. For most of my life I was told to pick one thing and stick with it, I’m not sure in this modern world that advise fits anymore, maybe it never really did.

I was born sensitive and curious and my childhood was filled with some traumatic events. I found myself drawn to any art form that involved expression of complex emotions, I could create worlds for myself that were safe to release, to try to understand what was happening, somehow make sense of it all, survive and maintain my innocence. I explored ballet, guitar, clarinet, piano, singing, writing, drawing but most of all acting and filmmaking spoke to me as it seemed in a way to encompass it all.

I began my career as an actor in my hometown of Portland, Oregon in my late teens. I found my way into classes, workshops and was lucky to have mentors and acting instructors like Gail Abbott come into my life. I built my career through casting director workshops that helped me prepare to participate in the business and forge important relationships. I studied hard and found reps in Portland with a plan to arrive in L.A. within a three year period. Although acting was at this point my sole focus, my first audition for a network TV show was a job singing Amazing Grace acapella in a church with about four hundred extras. It was a huge call, probably a hundred girls came to try out, it was daunting listening to so many incredible vocalists but I stuck it out and I booked the job. That job led to the writers adding me to the show as a recur and that got me into the union, which was a really big deal back then. Within a year of that first gig I kept my nose to the grind stone, booked two more Guest stars and then a feature film that went to the famed Sundance Festival. That year I decided it was time to move south, I signed with an agency and began my L.A. actor journey. Early highlights for me are my first series regular on an NBC show called Trinity, where I starred alongside such greats as Jill Clayburg, John Spencer, Tate Donovan, Bobby Cannavale, the lead role in comedy feature Coming Soon, starring opposite Ryan Reynolds, Mia Farrow, and a child hood hero of mine, Peter Bogdanovich. Those two projects brought me to live in New York and catapulted me into a world full of people and adventures that a girl from Portland couldn’t have even imagined. It’s an understatement to say that this period of my life and career were magical.

Over the years I was lucky to work steadily in film and tv with now somewhere around sixty credits. I would say my biggest challenge over the years has been coming to terms with the instability of the artist life. Nothing is promised, you can be on top of the world one day and totally broke and feeling irrelevant the next. And in many ways, and I’m so grateful this culture is changing now, but in many ways the industry was very cold and unforgiving. Hearing mean-spirited gossip, body shaming, sexism, ageism was all just expected and accepted for the most part. Also, if you weren’t on fire at the moment the industry seemed to bend toward an interpretation of the out of work actor as desperate, which is a mind numbing catch twenty-two. To be honest, the anxiety was overwhelming at times, the anxiety to book the next job, the race against the clock and age and rent money. It was a toxic roller coaster ride at times when I allowed it to be. However, some valuable things I’ve gained from all of this is a beautiful humility, a preparedness for the unexpected, the ability to separate my humanity, my value, my innocence and safety from the external world. I am the protector and guardian of these things. It’s so important as both an artist and a human to remain soft and open to all the possibilities coming your way.

In 2011 I made my first foray into filmmaking with my short film Sissy which I wrote, produced and directed, the film won best film in both Los Angeles and London and special jury prize at Amsterdam International and many more accolades for acting. The film is based on my childhood, a particularly harrowing experience traveling with a magician when I was fourteen years old, the project is currently being developed into a full length feature. I have since then produced a handful of films, one of which is titled The Movie, written and directed by Michael Mandell, which I also star in and will be released in 2022.

I am also a singer and songwriter, as I mentioned previously. I made my way back to music about seven years ago after being cast in a musical that was being workshopped to go on to Broadway. The vocal coaches and producers on the show encouraged me to seriously pursue this dream that I thought was long gone and a silly thing to indulge. I listened to my heart and the vocal coaches and kept going. Cut to a few years later and I was performing professionally with local artists like The Holy Broken, Birdie Jones, and my now boyfriend keys, piano player and songwriter, Michael Russeck. Two years ago I began collaborating with producer/arranger and multi instrumentalist, Mike Hightower, on a full length album of original music with influences from roots rock, folk and soul to blues and alternative. I’m excited to debut this album, play live and tour now that live music is back.

All of the hats I’ve tried on, the songs I craft, the films I make, the scripts I write can tend to be personal, based on my life, my struggles, my questions, but my hope is that what I’m sharing resonates and connects with others. My proudest moments are when my art touches another and says you’re not alone here or ignites a dialogue about a subject that’s all too often kept in the shadows. The music I’m making, the films I am producing and starring in now are definitely in this vein, social issues, survivor stories, subject matter that makes us stop and think and feel inspired to create a change.

The lessons I’ve learned is that if you want to live a fully expressed life you’ll have to take risks. Remain true to yourself even in the face of seemingly losing everything. Be your own champion, nurture your community and your relationships, the people who really love you for you and get you, as artists we especially need a safe place for our hearts and minds to be at peace so that we can keep on creating from a place of love not fear.

Let’s say your best friend was visiting the area and you wanted to show them the best time ever. Where would you take them? Give us a little itinerary – say it was a week long trip, where would you eat, drink, visit, hang out, etc.
If I had a friend come in from out of town… I would take them to fun music jams, hikes in Malibu, The lagoon in Malibu, The Getty museum and gardens, Huntington Gardens and Library, pedal boats in Echo Park, Angel City Brewery downtown.

A live show at The Hollywood Bowl or The Greek.

If there’s time, the desert, Joshua Tree, Yucca Valley, a show at Pappy and Harriet’s

And last but not least THE BEACH! 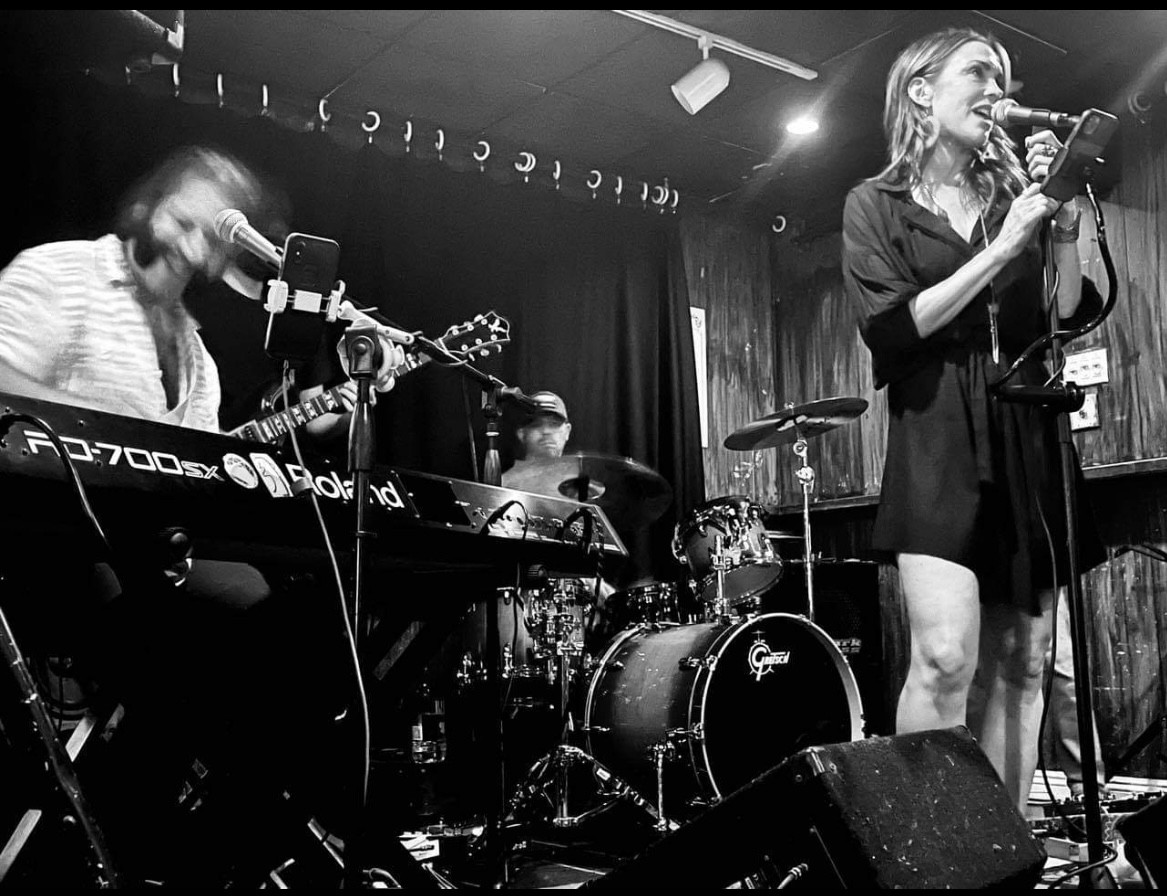 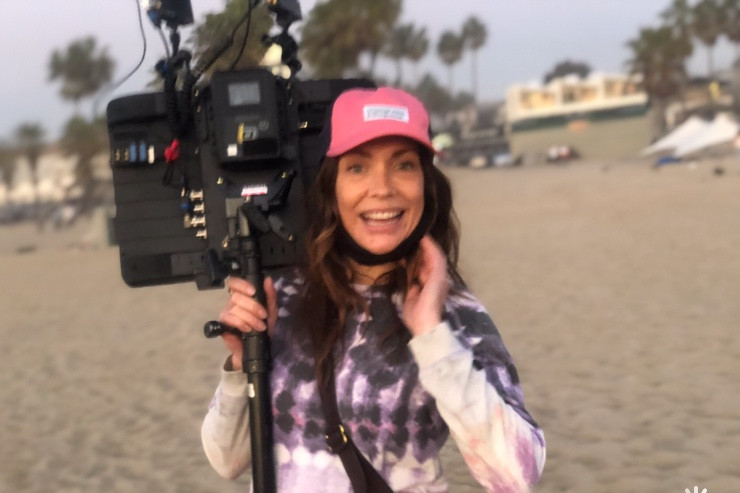 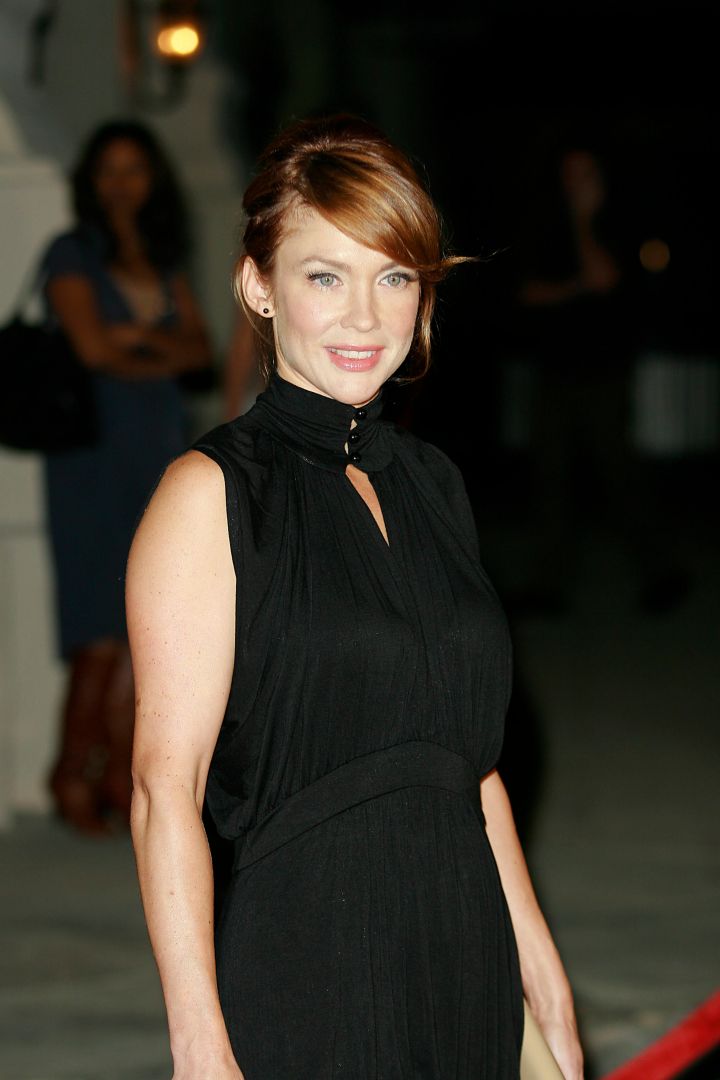 Shoutout is all about shouting out others who you feel deserve additional recognition and exposure. Who would you like to shoutout?
I would like to dedicate this shoutout to my dear friend, writer and producer, also my big sister-mama-mentor, Lisa Melamed. Lisa is not only a highly accomplished and talented, Emmy award winning writer but she’s a real champion and supporter of artists of every variety. She has impacted my life greatly on both a personal and creative level and she deserves all the shout outs to the moon and back for the love and contributions she’s made to so many artists like myself! I love you, Lisa!!