We had the good fortune of connecting with Brad Koepenick and we’ve shared our conversation below.

Hi Brad, how has your background shaped the person you are today?
I was born in the San Fernando Valley and attended Chatsworth High School with theatre friends (who went onto Tony, Emmy and Oscar winning careers in the industry) who I remain close with to this day. While I produced and acted in TV and Film, I was lured into education through my work in non-profits and charter schools. The actor and artist Val Kilmer and I had worked on films like Shakespeare High, then Cinema Twain and now the A24 documentary film V A L premiering this July at CANNES 2021. Some of my high school students were actually allowed to shoot Val’s CITIZEN TWAIN one man show in 2013, which has led to our nationwide tour of the film CINEMA TWAIN. Val and I also opened the Twainmania Foundation though GVNG.org and have been building a new technology and preparing SparkRise campaigns (www.sparkrise.com) for launch this summer. The Twainmania Foundation provides a curriculum that focuses on Media Literacy, Poetry, Theatre Arts, Communications, Civics, Tolerance, Empathy and more. As a Theatre, Film, Media and Communications teacher, I’d often challenged students to “think a current product idea ten years into the future”. In the case of SparkRise, students from my high school attended a ” corporate sponsored film” in 2011 and we raised tens of thousands of dollars (and no one in the audience had to give a dime). We created a press “happening” and I gave a speech on “corporate philanthropy” in the future and the role technology would play in corporate responsibility. After meeting like minded individuals in media, finance, tech and philanthropy, we’ve created SparkRise to provide a better, faster, easier way to raise massive amounts of money for social good and deliver a more effective way for brands to create meaningful engagement with consumers (and increase their bottom line). I am a firm believer that the ability to create, nurture and maintain lifelong relationships is a key factor to success. At the core, it’s all about…L O V E. 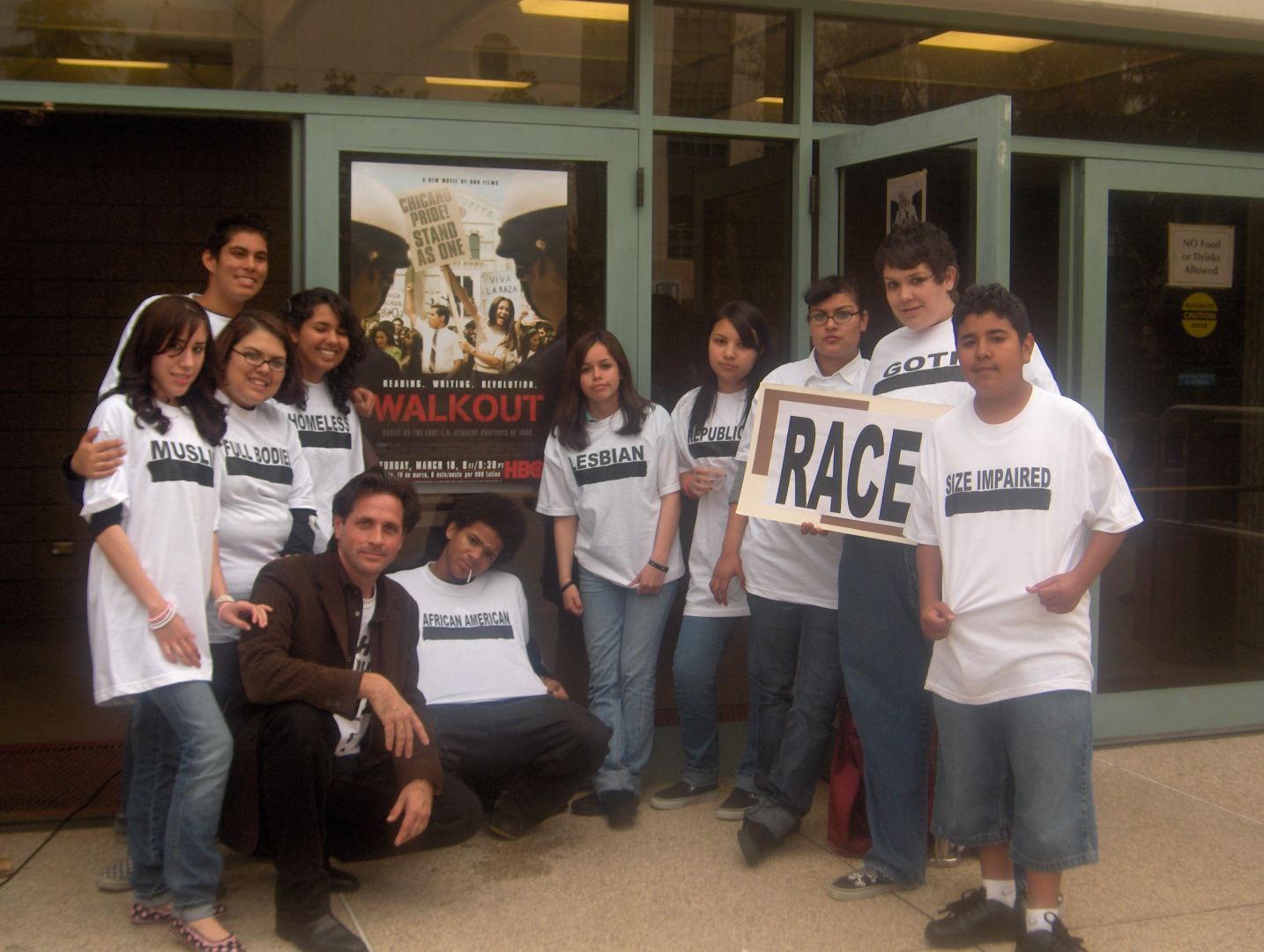 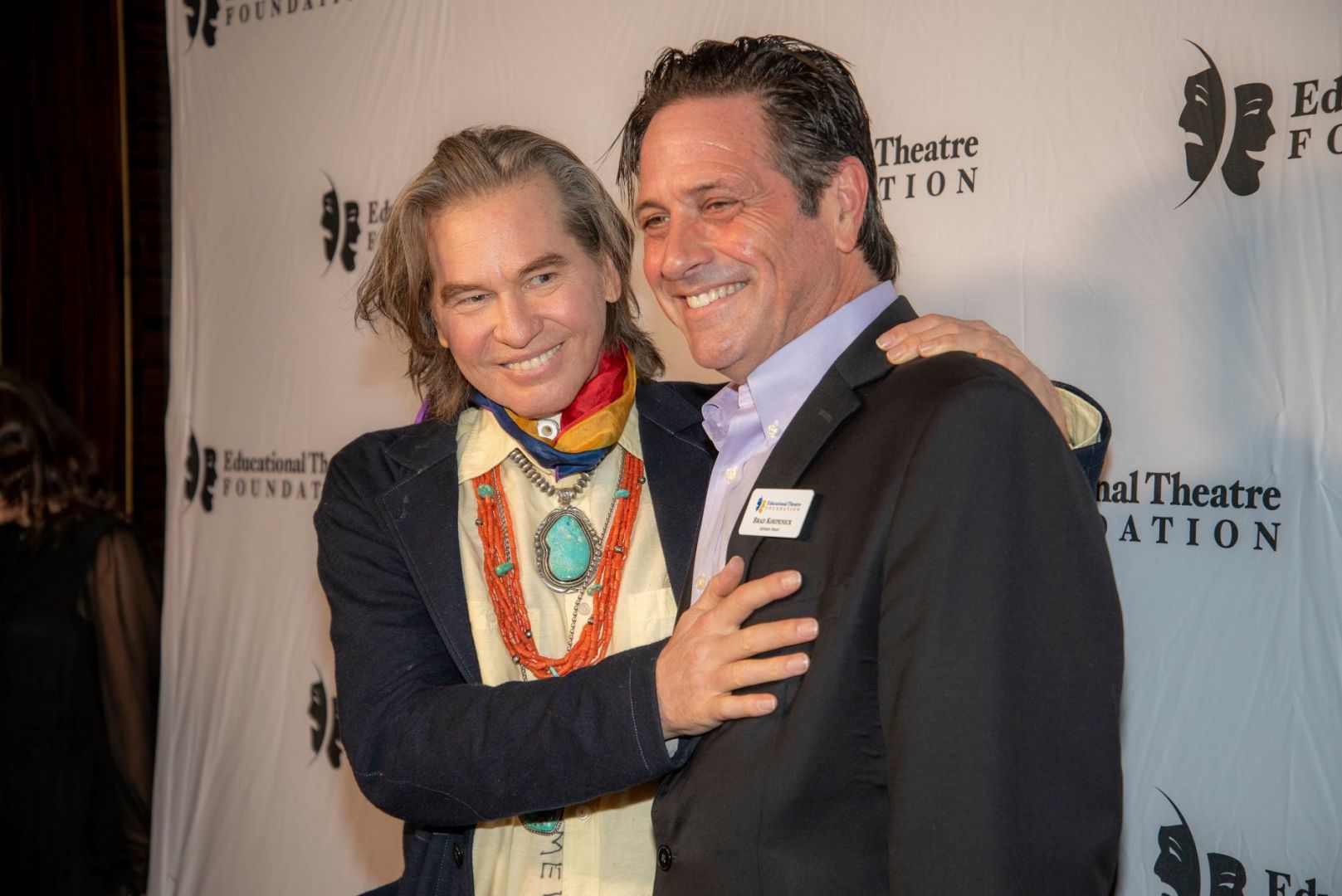 Let’s talk shop? Tell us more about your career, what can you share with our community?
I graduated Chatsworth High School and Theatre Arts ruled our lives. The late 70s in Chatsworth had “a vibe”. In 1984, after graduating CSUN with a BA in Communications, I rolled members of my Midsummer NIght’s Dream cast and crew into a brand new space called the WHITEFIRE THEATER in Sherman Oaks. There, Artistic Director David Beaird, my friends and I developed plays, films and one acts that ran for years and launched many successful careers. Scorchers garnered several awards, a feature film version with Faye Dunaway and James Earl Jones and David Steen’s Avenue A found it’s way Off Broadway. Luke Perry, Patrick Warburton, Paul Ben Victor and so many others brought an energy and vitality to that place at the time. So much of the work was inspired by Tennessee Williams, Mark Twain and Sam Shepard and I now find myself in the unique position to be producing plays, books and films about such figures with storytellers like the legendary Val Kilmer. Val grew up in the hills of Chatsworth (in Roy Rogers old house) and I was influenced by his little brother Wesley (an absolutely brilliant young film maker), my film making and music buddy Patrick Winningham and his uber talented older sister Mare Winningham, who bolstered and fostered our creative efforts. We took our Theatre Arts at Chatsworth very seriously and it bred many Hollywood successful storytellers and creative individuals that took those skills in to other fields (tech, business, etc). I started working in children’s television for companies like, Saban andNational Geographic and eventually took my original rock and roll songs and created original funky Children’s Musicals staged at The WhiteFire and NoHo Actors Studio in North Hollywood. This led to teaching tens of thousands of young people film, production and animation that echoed the 8mm and Super8 films we’d created in our youth. Much of this is told in our current film V A L, an A24 documentary premiering at Cannes this July. So much of the theatre and film making efforts in Chatsworth”set the stage” for a lot of what was to come. Now at HelMel Studios, Val, myself and team Kilmer support Inner City Shakespeare and we have watched as Dr. Melanie Andrews and her talented tribe at Inner City Shakespeare Ensemble Films create films, shorts and plays, even throughout the pandemic. Former students (now professional), HelMel team members and I shot The Tree Is Still There this week out near Reagan Ranch, a SAG film telling the story of Dr. Andrew’s grandfather’s lynching in the South. This work is at the core of what Val has imagined to be the TWAINMANIA FOUNDATION and HELMEL STUDIOS, a fun, safe, sacred space where eclectic artists gather to collaborate and through new technology inspire giving and spark change in our local community. M A N I F E S T. A creative “hub” of magic and L O V E. HelMel also houses unique “philtech” solutions like SparkRise.com. On August 15th, SparkRise will host a live virtual TOP GUN CELEBRITY WATCH party screening on the platform BEEM to raise funds for the USO and the Twainmania Foundation. Other “watch parties” will betaking place on military bases, in community settings and in private homes. It’s going to be a blowout. 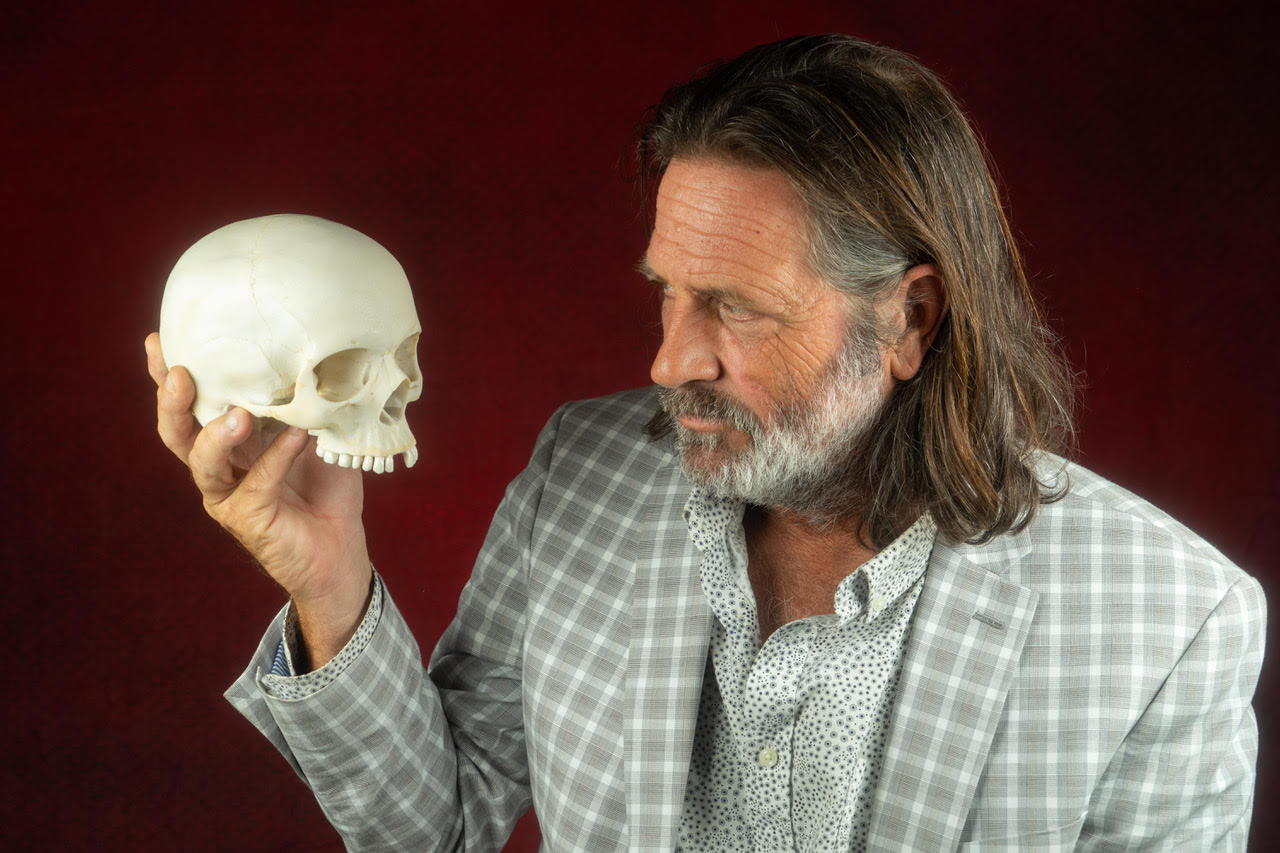 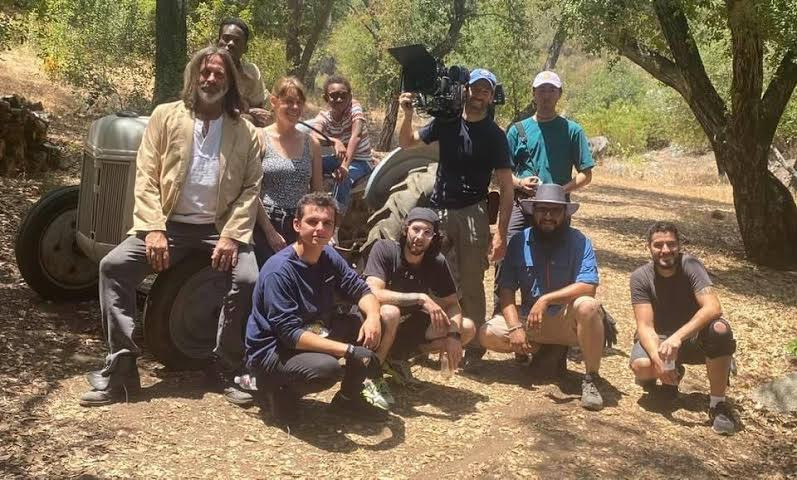 Any places to eat or things to do that you can share with our readers? If they have a friend visiting town, what are some spots they could take them to?
Trejo’s Tacos, HelMel Studios, VIP High School 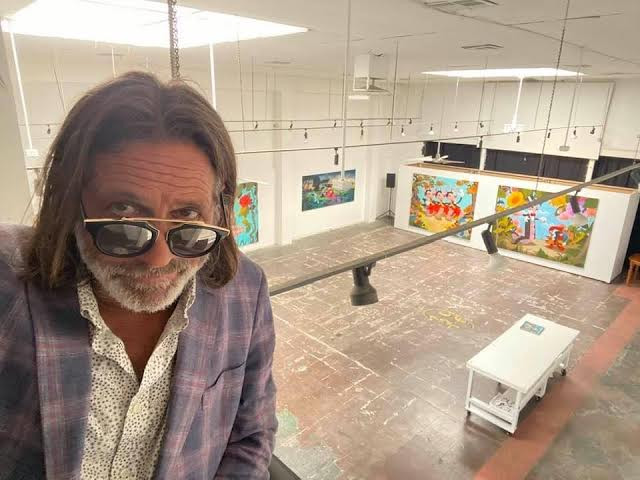 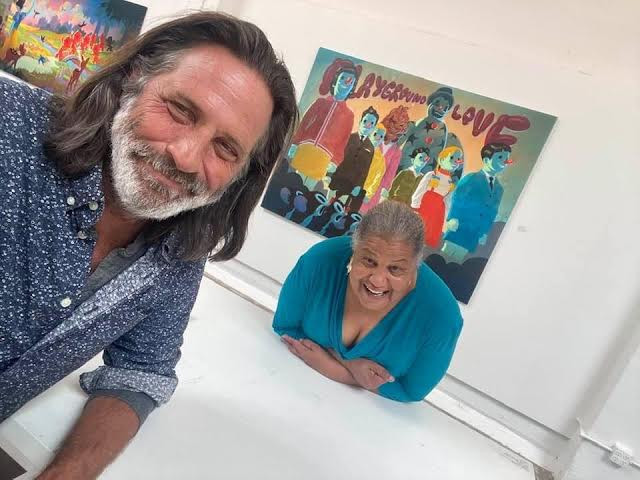 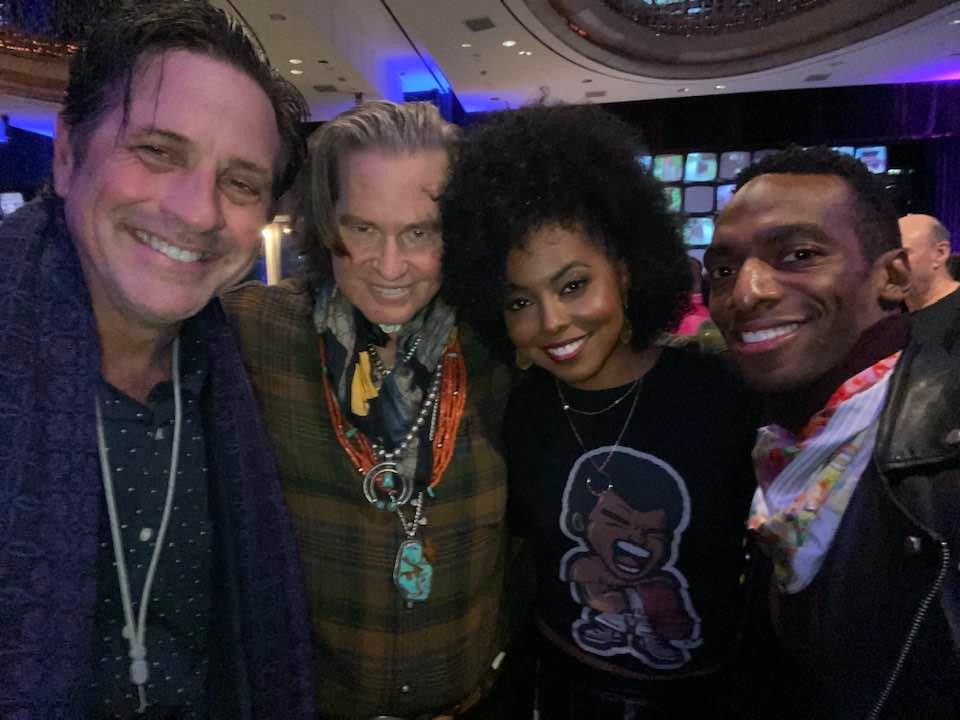 Who else deserves some credit and recognition?
My students and our school communities have been, well “transformed” (as have I) through the incredibly innovative and impactful non-profit GET LIT. Get Lit poets have a film called SUMMERTIME in theaters this June. Years back I co-founded a high school with Anne Cochran and others called VIP HIGH SCHOOL. It is a very, very special place. Vip boasts National Speech Championship honors, are two time Get Lit Classic Slam winners and the Contemporary Songwriting Program allows novices and seasoned players to create music that is professional in every respect. The music program simply ROCKS. 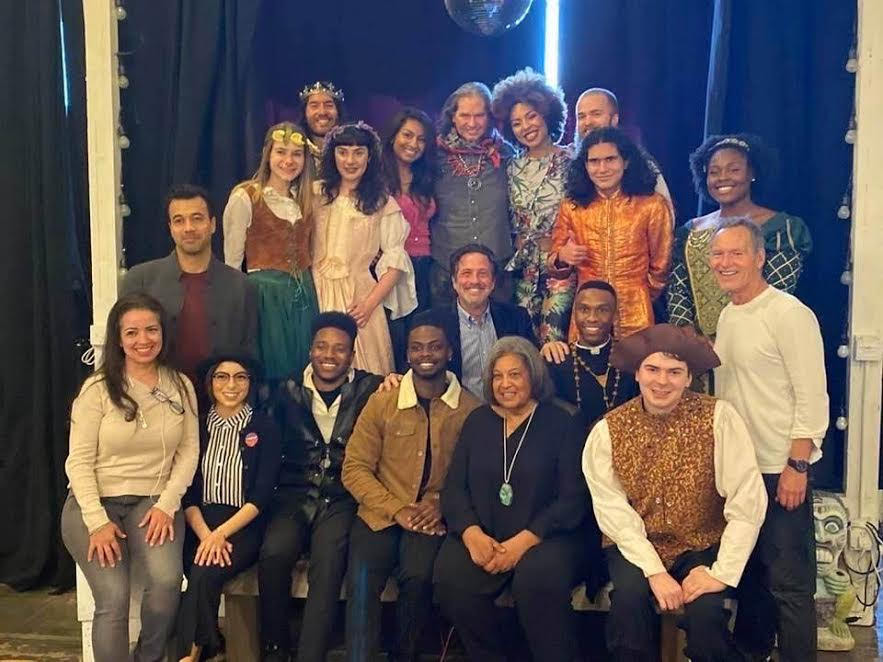 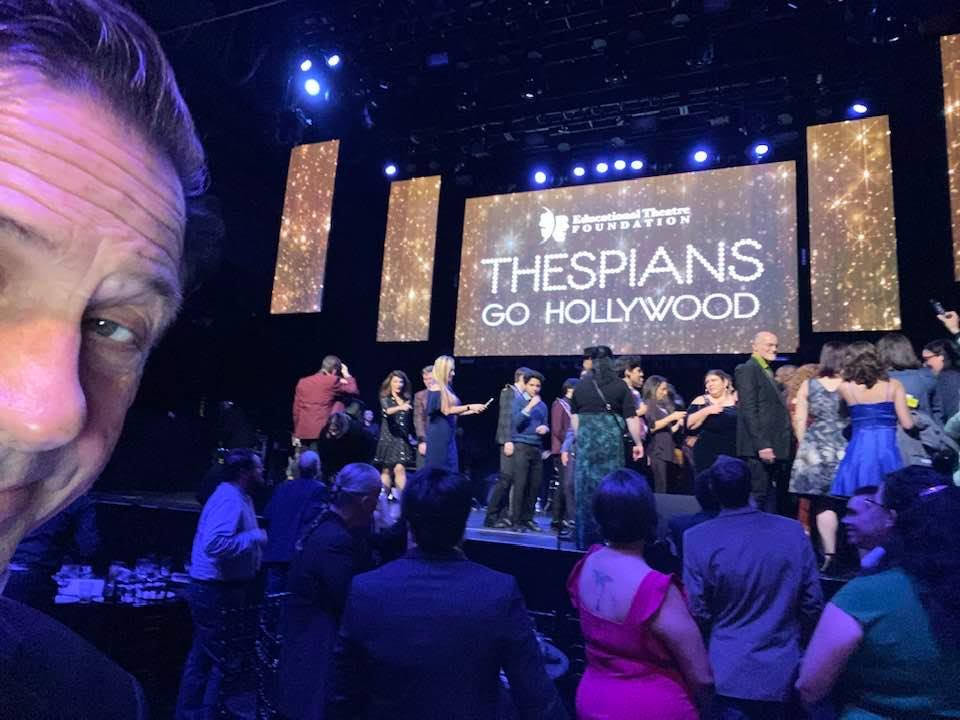