We had the good fortune of connecting with Brad Rushing and we’ve shared our conversation below.

The first big risk I took in my career was applying for a staff video camera operator position when I only knew how to operate a film camera. I was offered the job, so I left college and relied on my film camera experience, intuition and a quick rundown from a friend already working at the company to get me up and running. The gamble paid off, and my career behind the camera in motion pictures had begun.
Only a few years later I decided very spontaneously to move from Houston to Los Angeles in the pursuit of more and bigger opportunities. Within two weeks, with only $600 cash in hand and a few essential possessions in my car, I was sleeping on the floor of a friend’s apartment in Los Angeles.
The months and years which followed weren’t as easy or simple as I imagined. I learned a lot about how to survive and grow in the business, as well as mastering the art and science of cinematography. As many times as I triumphed there plenty where I was humbled. Now 30 years on the process continues.
It has been a turbulent ride with some incredible highlights, including working all over the world and collaborating with many amazing artists. But every day I still pay my dues with the less glamorous challenge of networking and hustling for the next opportunity to create something wonderful. My biggest wins have always come from taking risks, and I continue to press outside my comfort zone to attain new levels of opportunity. 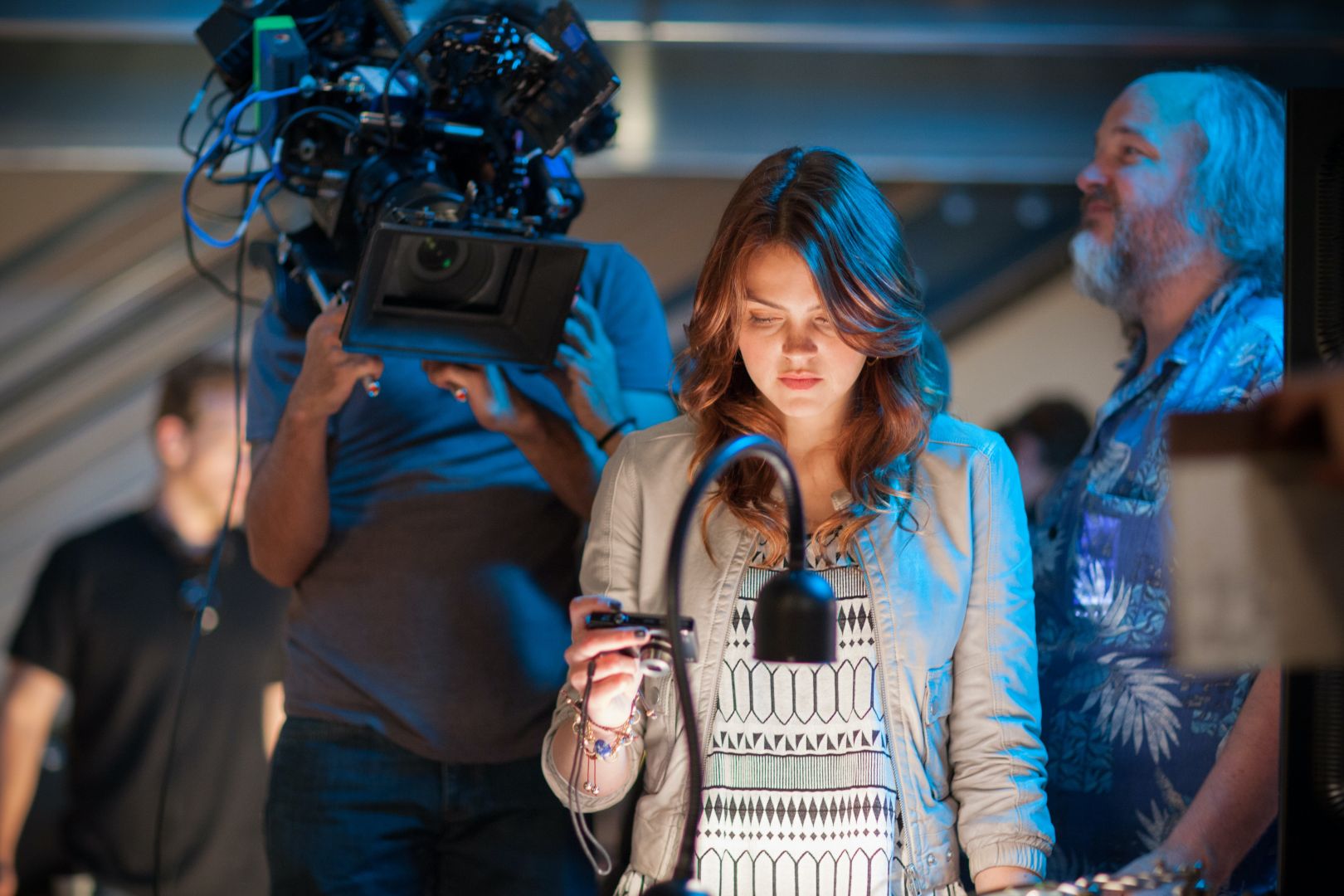 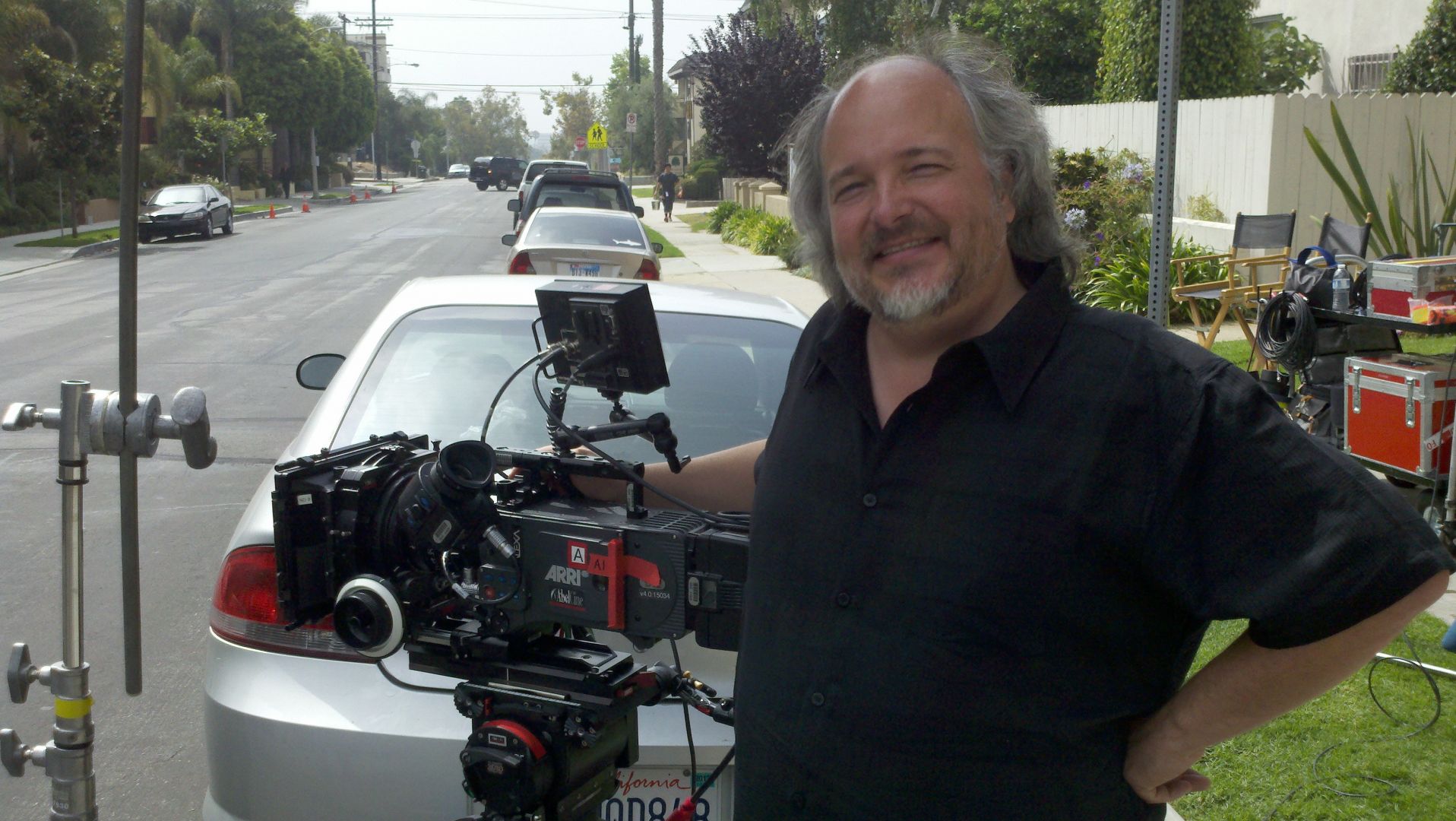 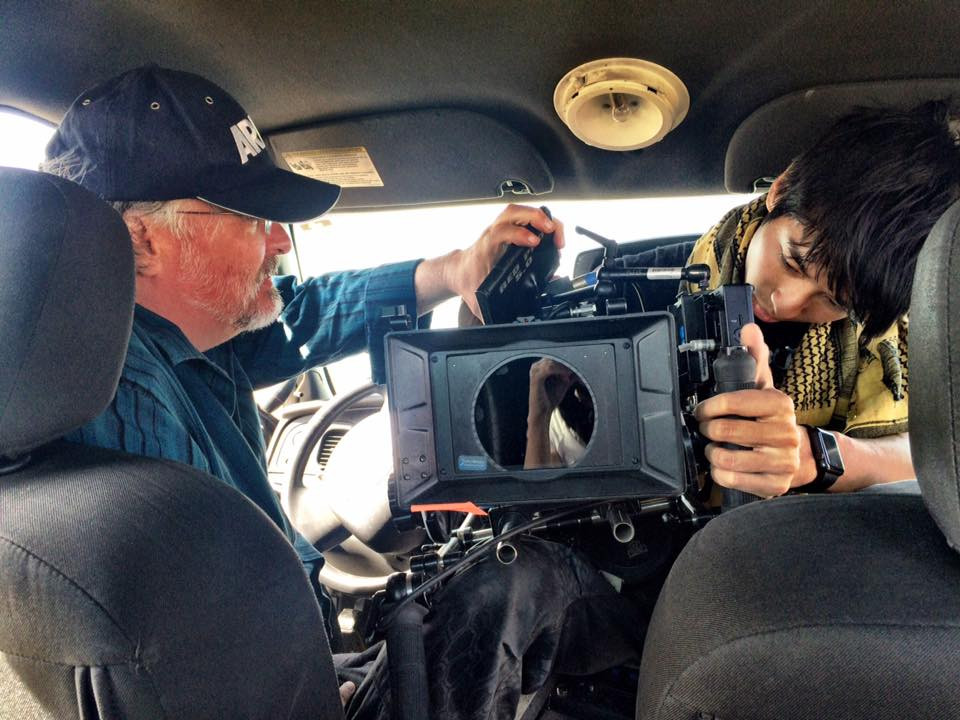 Can you open up a bit about your work and career? We’re big fans and we’d love for our community to learn more about your work.
I have had a passion for artistic expression for as long as I can remember. As soon as I could hold a crayon drawing was a favorite past time. I attended a vocational arts high school and had a double major in college with fine art and filmmaking. I am also a musician and enjoy writing and science. All of these disciplines come together in filmmaking, and specifically in cinematography. It was only in retrospect that I fully appreciated how those seemingly disparate paths all converged behind a motion picture camera.

My earliest successes as a cinematographer in Los Angeles were working on feature films and one of my first employers was Roger Corman’s New Horizons where, challenged by limited budgets and resources, I learned to work quickly and simply, to make well considered plans and to always allow for contingencies.  Throughout the years these habits have proved to be invaluable for every budget and schedule, whether limited or generous.
My career has gone through phases, driven both by what has transpired in the markets and due to the people who have come into my life.  I am grateful to have had the skills to pivot from one to another which has kept me consistently working all this time.From shooting mostly feature films I expanded into high end music videos collaborating at first with a friend from Houston, director Joseph Kahn. I worked with artists like Moby, Eminem, Nelly, Mariah Carey and Lifehouse.  The Moby video, “We Are All Made of Stars” won me an MTV VMA Moonman for Best Cinematography.  The music video I photographed which people tend to get the most excited about is Britney Spears’ “Toxic.”  My personal favorite is “Damaged” by TLC which I filmed with Joseph in Atlanta – I deeply love both the imagery and the song.  When the music video market imploded in the mid 2000s due in part to the rise of illegal downloading and the demise of MTV’s music video programming my focus shifted more to commercials and promos which are generally more lucrative and much quicker shoots than narrative work.  One of my favorite experiences was working with director Jay Roach and Jack Black on a funny long form promo for a show called Earth To America on TBS.
Lately my focus has shifted back to narrative work.  Among those projects is “Cook County” which I shot in Houston with director David Pomes and actors Anson Mount and Xander Berkeley.  I shot a cool web series for Warner Brothers and Wonderland with Oscar winning director Ari Sandel called “Aim High 2” starring Jackson Rathbone.  I have done a couple of gothic themed cable movies which performed really well with my long time collaborator and friend director Jeff Hare.  He and I first met when we shot a film with Rutger Hauer, Gabriel Anwar and Craig Sheffer in Brazil.  Another really fun project was a feature film about the 1941 Doolittle raid starring Casper Van Dien which filmed in Alameda, Los Angeles and China.  My friend producer Noel Vega recommended me for the position.  It was my first time working with director Shaun Piccinino with whom I completed my latest project this past July, a terrific feature film called “A California Christmas” starring Josh and Lauren Swickard which premiers this coming holiday season. 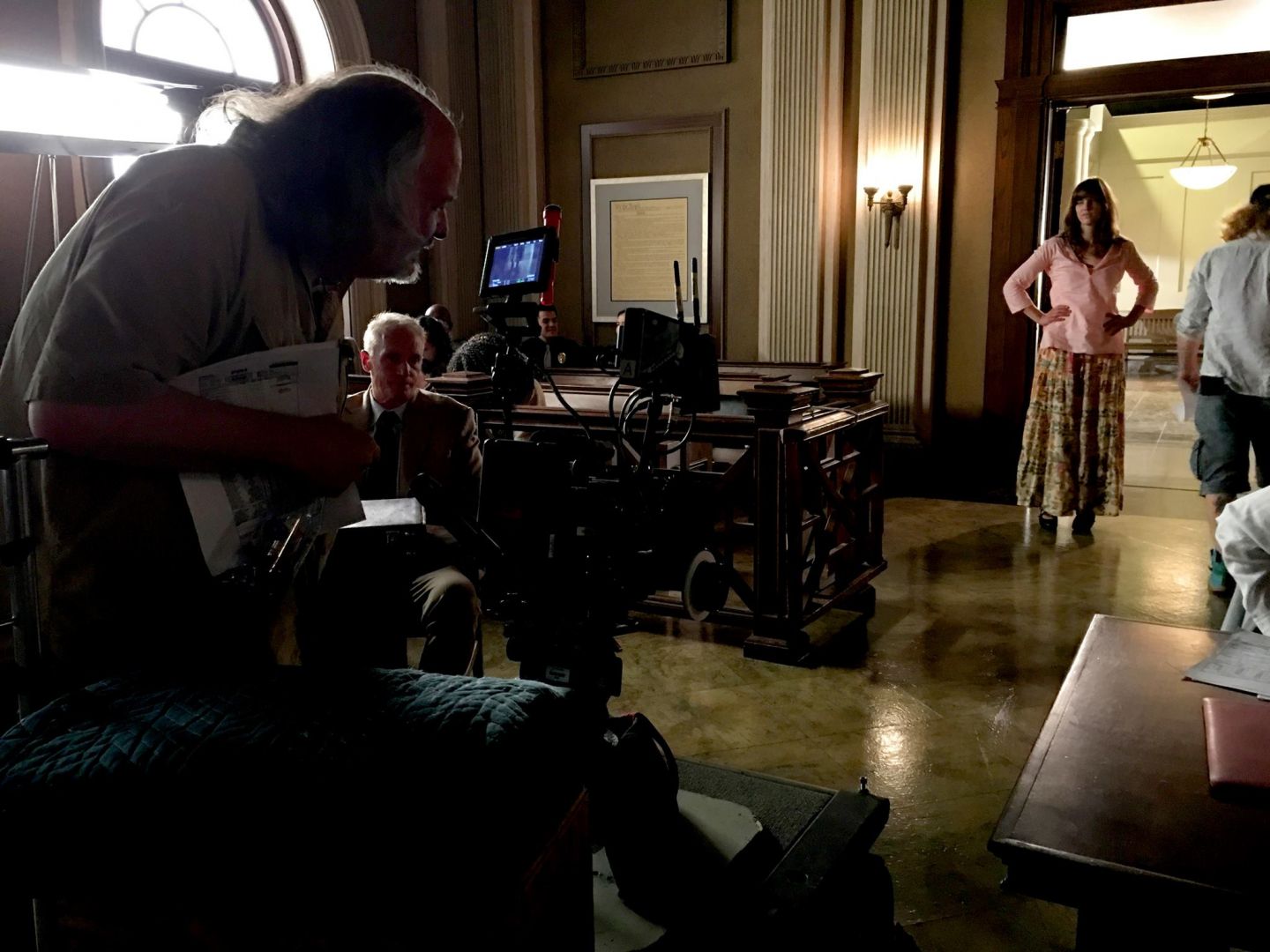 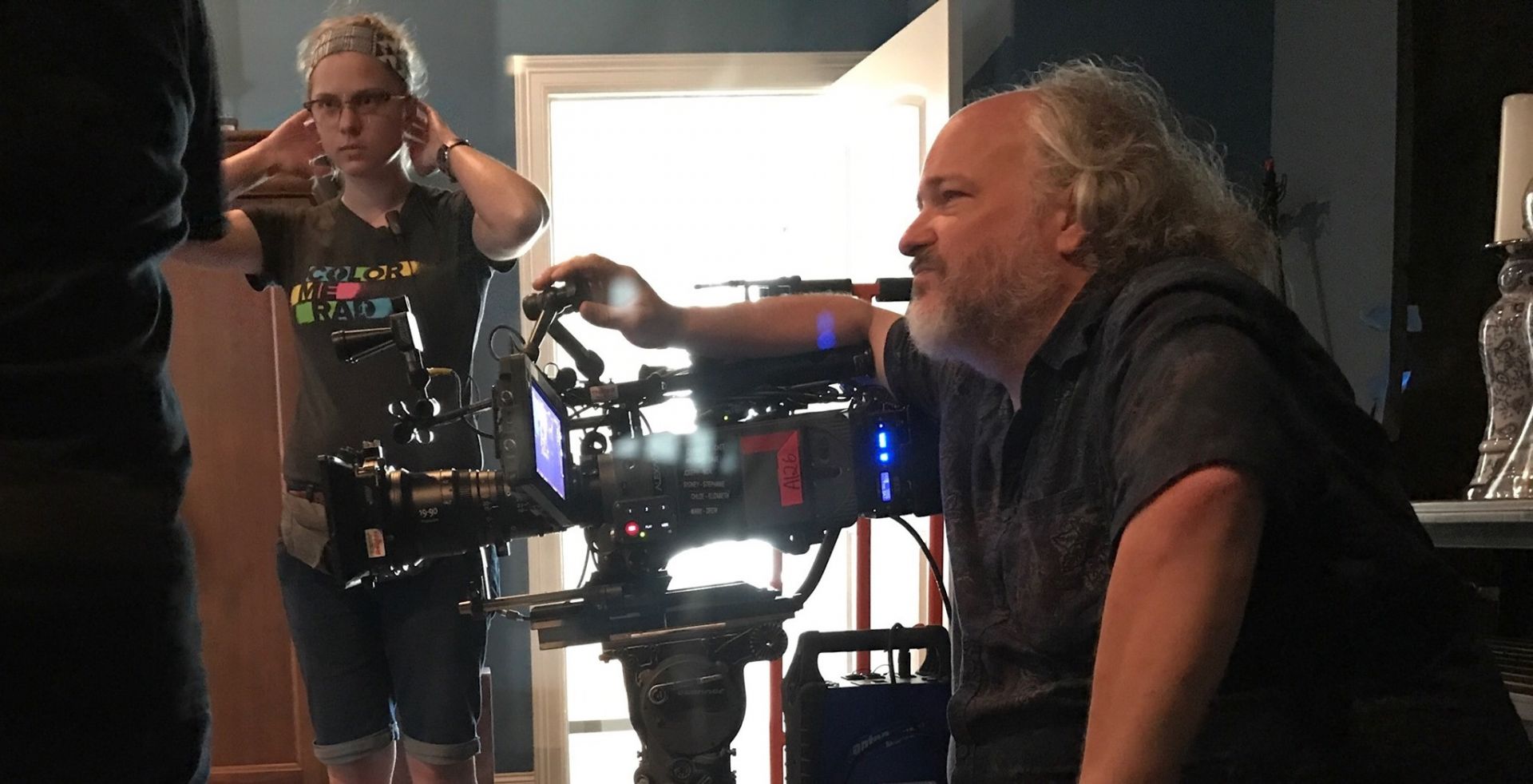 If you had a friend visiting you, what are some of the local spots you’d want to take them around to?
I live in Pasadena, so Old Town Pasadena would be on the agenda, as well as a meal on the patio at El Cholo in the Paseo Colorado. A visit to the Norton Simon museum would be a highlight and maybe a picnic lunch at Arlington Garden. I would take them for authentic French pastries at Frenchifornia on Colorado Blvd. and later hiking in Eaton Canyon, or for a more refined stroll through the gardens and flowers at the Los Angeles Arboretum on Baldwin a few miles east on the 210 or Huntington Gardens.

If they are a Beatles fan like me I would take them to the house on Blue Jay Way in the Hollywood Hills where George Harrison wrote the song of that name, the Hollywood Bowl, Capitol Records and the stars of each of the fab four, the house on the beach in Santa Monica where John Lennon and Paul McCartney were last photographed together in 1974 and to the Troubadour where a drunk John was ejected along with Harry Nilsson for wearing a tampon on his head and heckling the Smothers Brothers. And I have plenty more great sightseeing spots I would share with my fellow Beatles fan friend, including studios where the solo members recorded and small venues where they later performed.
If my friend likes vegetarian and vegan food like me I would be sure to take them to the amazing Vietnamese vegan restaurant Vinh Loi in Reseda to meet the gregarious owner and chef Kevin Tran, and I would take them to try some delicious vegan German food at Hinterhoff on York.
If they are a space exploration fan I bet they would like to see the space shuttle Endeavor and several space capsules on display at the California Science Center. While there we would take in an IMAX movie and afterwards visit the beautiful Exposition Park Rose Garden. From there I would recommend an Ethiopian meal on Fairfax Blvd. My long time go-to restaurant was Nyala, which sadly closed and I am still looking for a new favorite restaurant on that strip.
A day exploring the beaches would be in order and I would start with the Venice Beach Boardwalk and take them to lunch nearby at either New India’s Oven in Marina Del Rey or Yardhouse, to meet my good friend since high school VFX maestro Adam Lima. Afterwards we would go for a pint at Brennan’s on Lincoln. Then up to Santa Monica and 3rd Street Promenade and the pier. Dinner at the King’s Head.
If we choose to drive up the coast and explore some beaches like Zuma and wind up in Malibu I would take them to the Paradise Cove Restaurant for dinner and drinks beachside.
Depending on the friend one of the theme parks might be in order: Disneyland, Knotts Berry Farm, Universal or Six Flags. That would take a full day or more. If we were at Disneyland I’d suggest lunch in the park at Cafe Orleans in New Orleans Square and dinner at one of the nice places in Downtown Disney, unless I had a hook up at Club 33! I have been there only once. It was unforgettable.
They might also like a tour of a studio backlot and lunch at one of the commissaries. Which one would depend on who I know is working on which lot at the time. I could always take them to the Raleigh Studios Cafe. While in that part of town I’d take them for a stroll past many film celebrities’ final resting places in the Hollywood Forever Cemetery and then nip back by Astro Burger on the corner of Gower and Melrose for some of their delicious and incredibly varied menu options – including salads, dinner entrees, Greek, Mexican and a huge vegetarian selection for me. 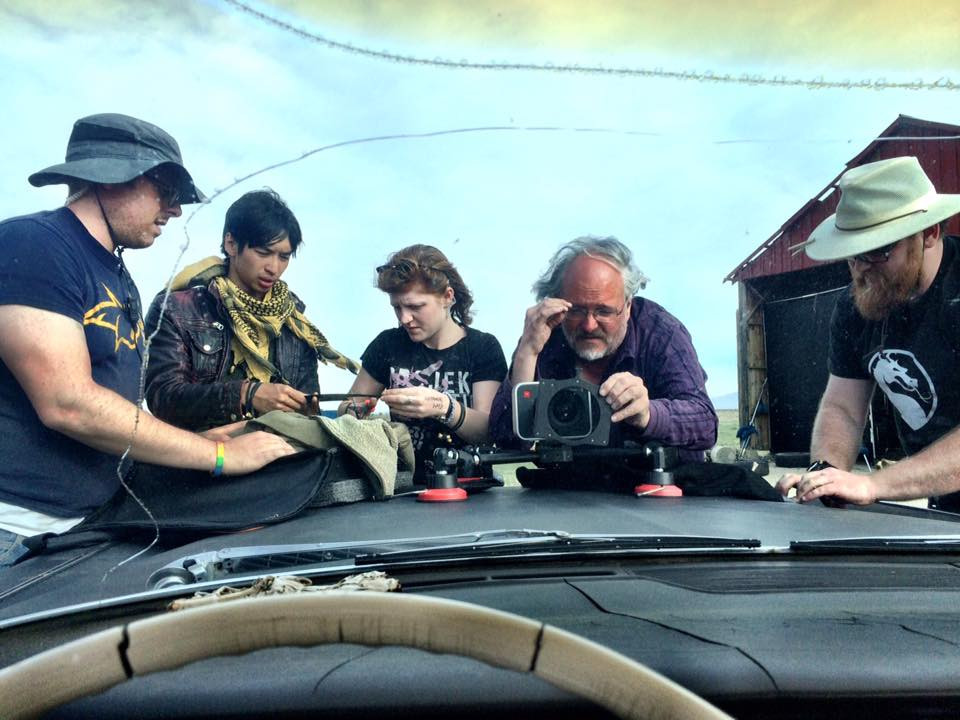 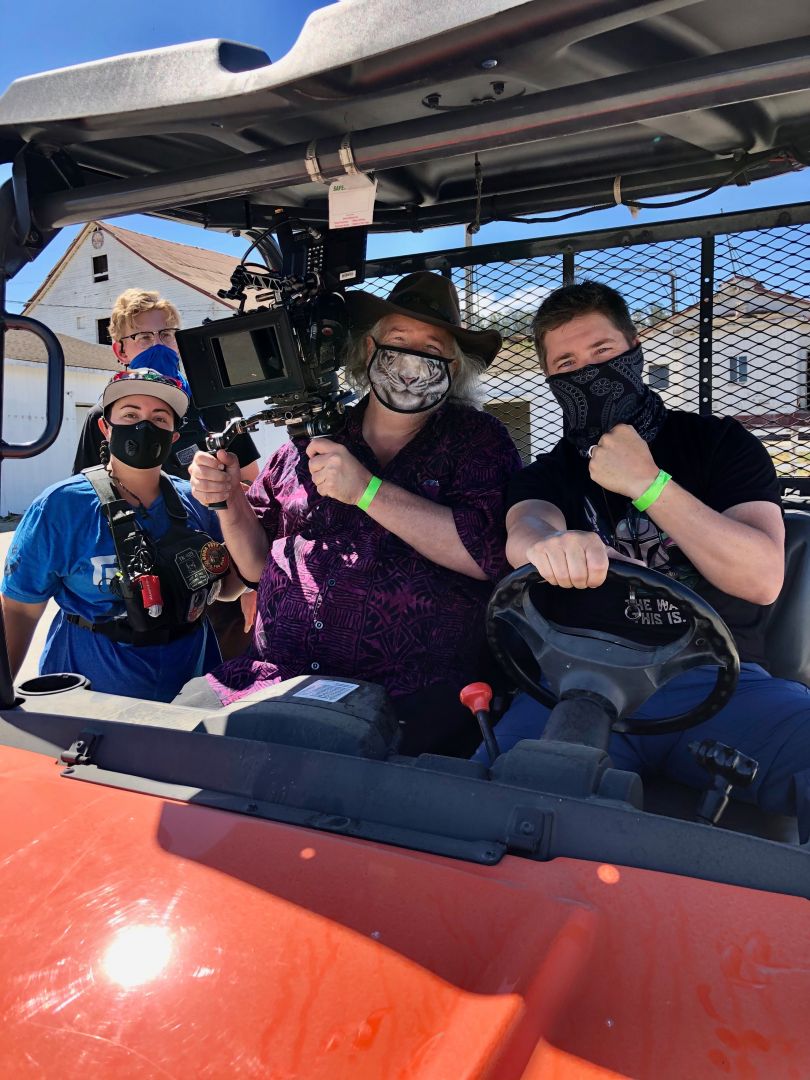 Who else deserves some credit and recognition?
I owe eternal thanks to my instructors like Pat Zeitoun, Ken Luce and Patrick Coakley from High School for Performing and Visual Arts in Houston, and my college film professors Raymond Fielding and Craig Ness from University of Houston.

My earliest opportunities were thanks to filmmakers who took a chance on me, like Karl Armstrong, Kyle Sullivan and Mike Elliott. I also owe gratitude to mentors like Jaroslav Vodehnal, Scotty Smith, Allen Daviau ASC, Stephen Poster ASC and Robert Primes ASC. I have had so many loyal clients, collaborators and friends to each of whom I owe thanks for a portion of my success.
But my greatest appreciation is for my parents, John and Betty Rushing, who encouraged and helped me learn artistic expression from my earliest years. They supported my passion to be creative and always told me I could be whatever I wanted to be. I chose to be a cinematographer, and though they definitely did not always understand this crazy, unpredictable freelance life, they were my unconditional cheerleaders to the end. I would never be the person I am today without their love and support.