We had the good fortune of connecting with Brett Cline and we’ve shared our conversation below.

Hi Brett, we’d love to hear about how you approach risk and risk-taking
Growing up in the 70’s surf/skate world of Southern California, my favorite quote was, “Go Big, or Go Home!!” I still believe that. Either give it 110% or don’t do it. If it’s worth the risk, it’s worth giving it your all. However, as I got older I added to this my dad’s favorite quote, “Life, is Risk vs. Reward.” In the business world, he was a risk taker. A very calculated risk taker, but he started companies, he rarely took the safe route of working for a company. The best lesson for me, was watching one of his companies fail, and within two weeks he had a new idea for a new company! Which also failed, but from that he started another company which fed our family for years.

In everything we do in life we’re risking something to gain something. Whether it’s our money, our blood, our love, or perhaps the most important thing… our time! When we’re young, we understand this intuitively. If we don’t jump the ramp, we’re a baby. If we do jump the ramp and crash, we’re gonna spill some blood…. but what if we actually make it? How much fun will it actually be? Are we doing this because we actually enjoy it? Or because the kids want me to? So we analyze the risk. What’s the chance I can actually make this jump? I was lucky to have a good gang of kids, who helped push me beyond my comfort zone, but didn’t kill me. They egged me on to jump the little ramp, before I jumped the big ramp. What’s funny is.. pretty quickly I realized I didn’t like jumping bikes at all, and moved onto surfing where the process started all over!!

So, my thought is we should push ourselves and take risks.. but be conscious of the risks we’re taking; and enjoy our failures as much as your successes. Because just as failure is temporary, so is success; and more often than not you’ll learn a lot more from your failures than your successes.

Or as a questionable hero of mine put it…
“Bones heal, pain is temporary, and chicks dig scars.” – Evel Knievel
And I’ll just add to that… “As long as you don’t die.”- Old Man Brett 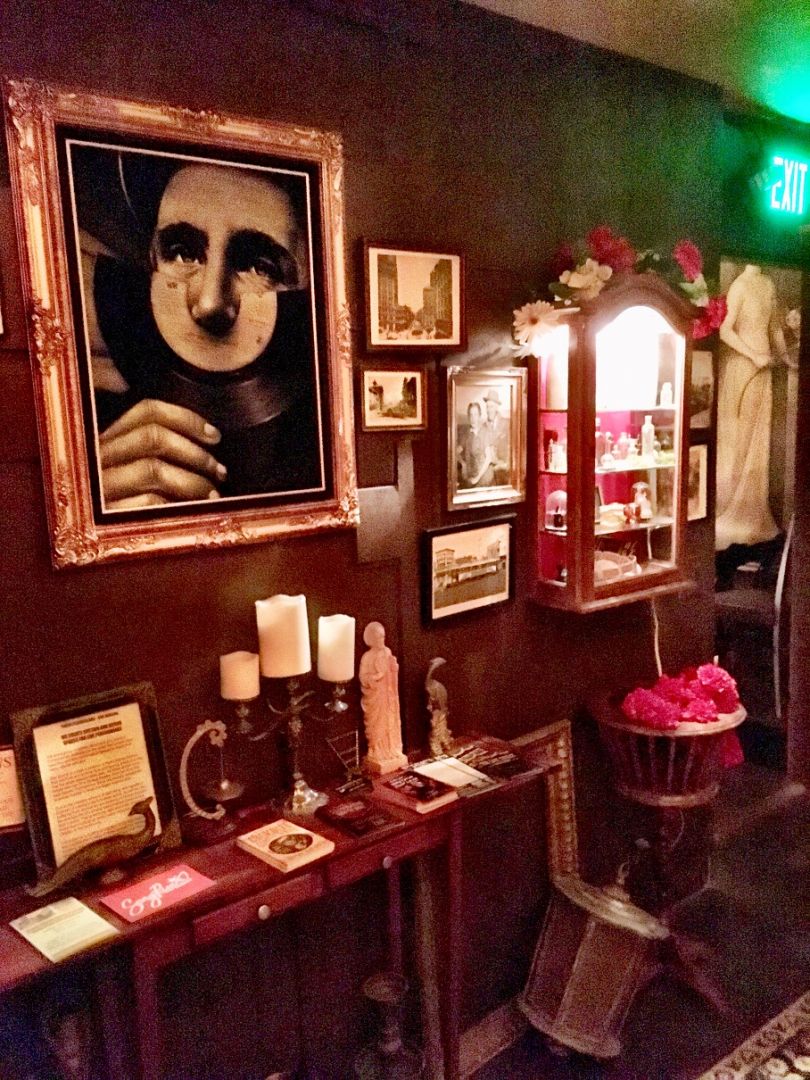 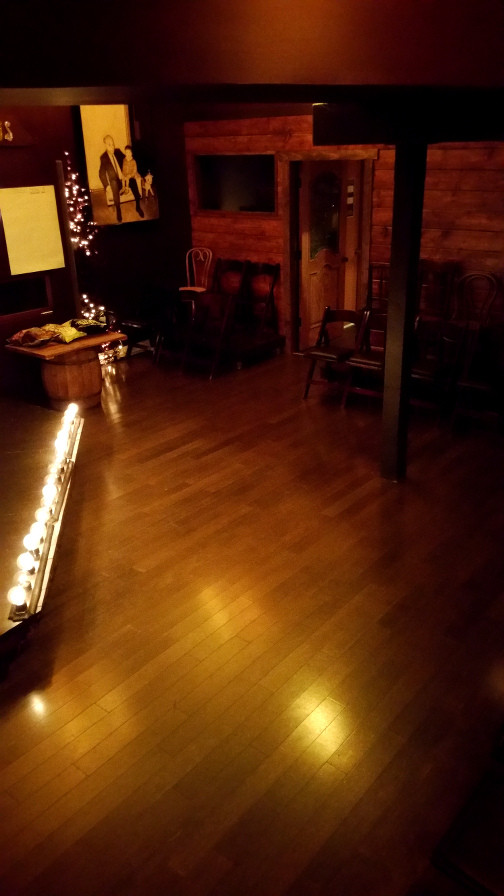 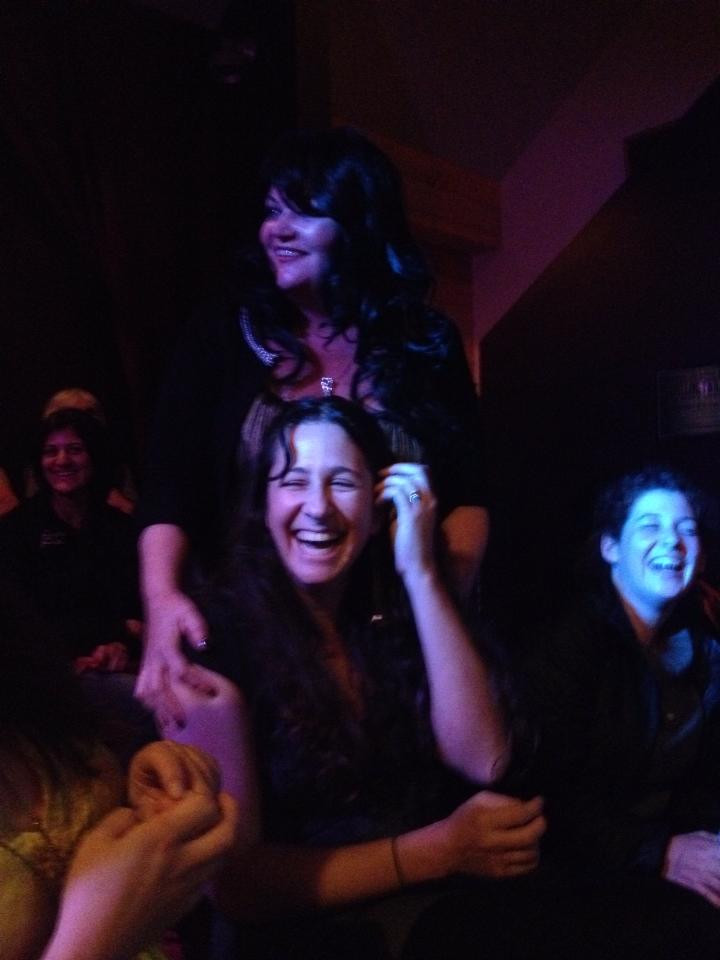 Can you open up a bit about your work and career? We’re big fans and we’d love for our community to learn more about your work.
I’ve played in bands since I was in 4th grade. All of them fun, none of them financially successful. The first was my buddy on a snare drum, and I wrote lyrics, sang and made our album cover. It was total rip-off of the Surf Punks album cover. However, I do think this was a great start to my attitude of “getting it done, with what you’ve got!”

Multiple bands later, and after touring the East Coast, it became immediately clear what a disadvantage DIY West Coast bands had. Our cities are like 500 miles apart! If you’re only making $100 on a show, but need to put $200 into the gas tank of your 1982 Ford Econoline to make it to the next show… the math doesn’t last.

When my wife and I stopped touring to start a family, we built a little 49 seat performance space in our San Francisco warehouse/home. What was unique, was due to the layout, one person could run the whole theater. (Plus bartender) This streamlined system allowed us to give the most amount of money back to artists. The waiting line to play was instantaneous. That was when it really hit us, that there are far more artists who can use a 49 or 99 seat space, than can use a 490 seat theater. Furthermore, it would be great if we could put one of these little theaters in a bunch of smaller towns throughout California to create a touring route.

In 2018, we partnered with the City of Santa Rosa to build our second theater, and opened it in January of 2020. HA!!

Thanks to our streamlined business model, both our theaters have survived. We’re not only anxious to get them re opened, but to get back to work opening new theaters!

Let’s say your best friend was visiting the area and you wanted to show them the best time ever. Where would you take them? Give us a little itinerary – say it was a week long trip, where would you eat, drink, visit, hang out, etc.
We’d walk around the Mission, and kick it in Dolores Park.
Favorite Dive Bar- Bender’s
Favorite place to see a show- Bottom of the Hill or El Rio.
Second Favorite Place- The Lost Church;)
Favorite fine dining. The Blue Plate.
Favorite diner. Jim’s Restaurant
Favorite Lunch. Pork Store on 16th.
Definitely a bike trip through Golden Gate Park, and then across the bridge to the Marin Headlands.
If I was feeling like a drive I’d take them to the “Winchester Mystery House” in San Jose.
As well as the “Mystery Spot” in Santa Cruz.
If they surfed… Ocean Beach or Pacifica, depending on skill level:) 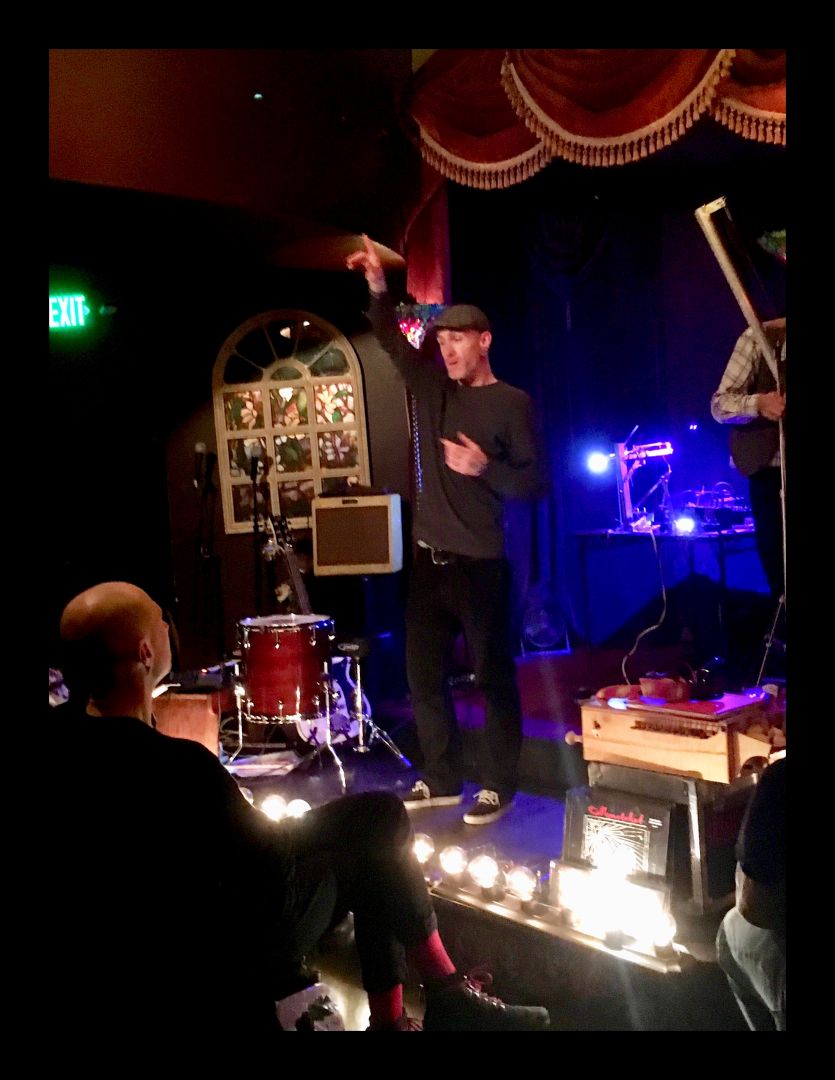 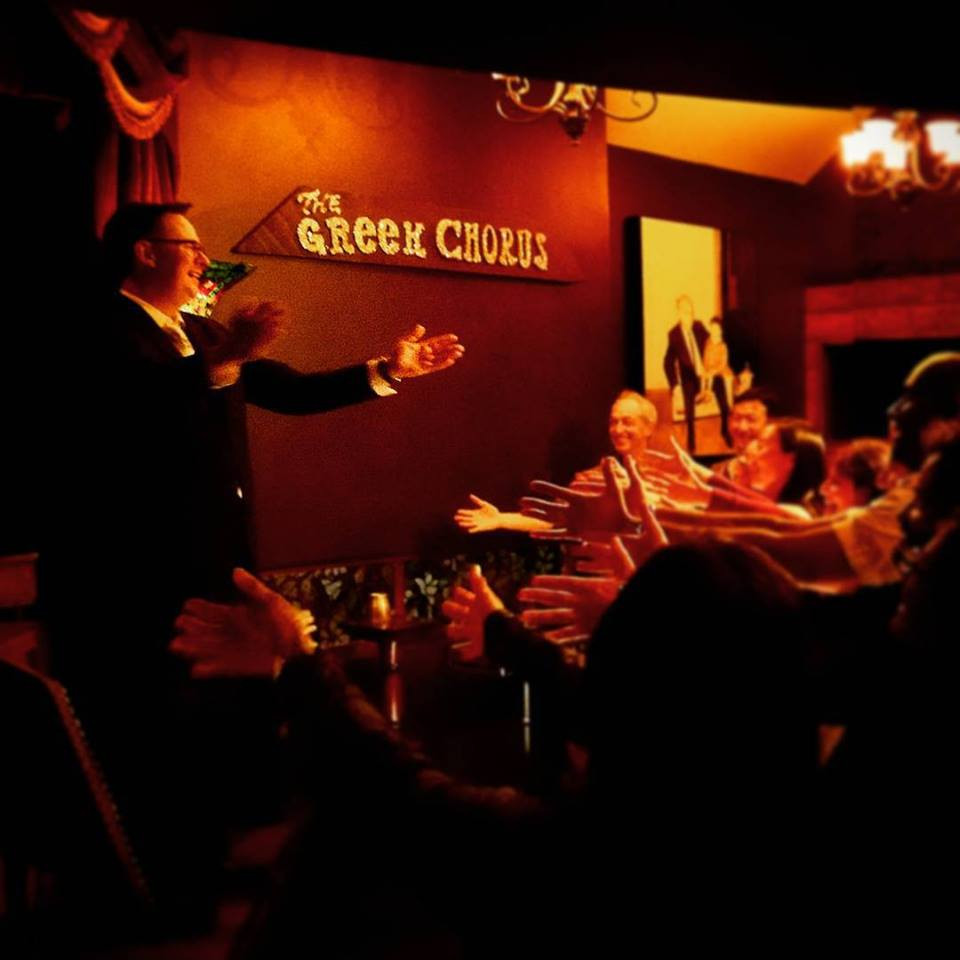 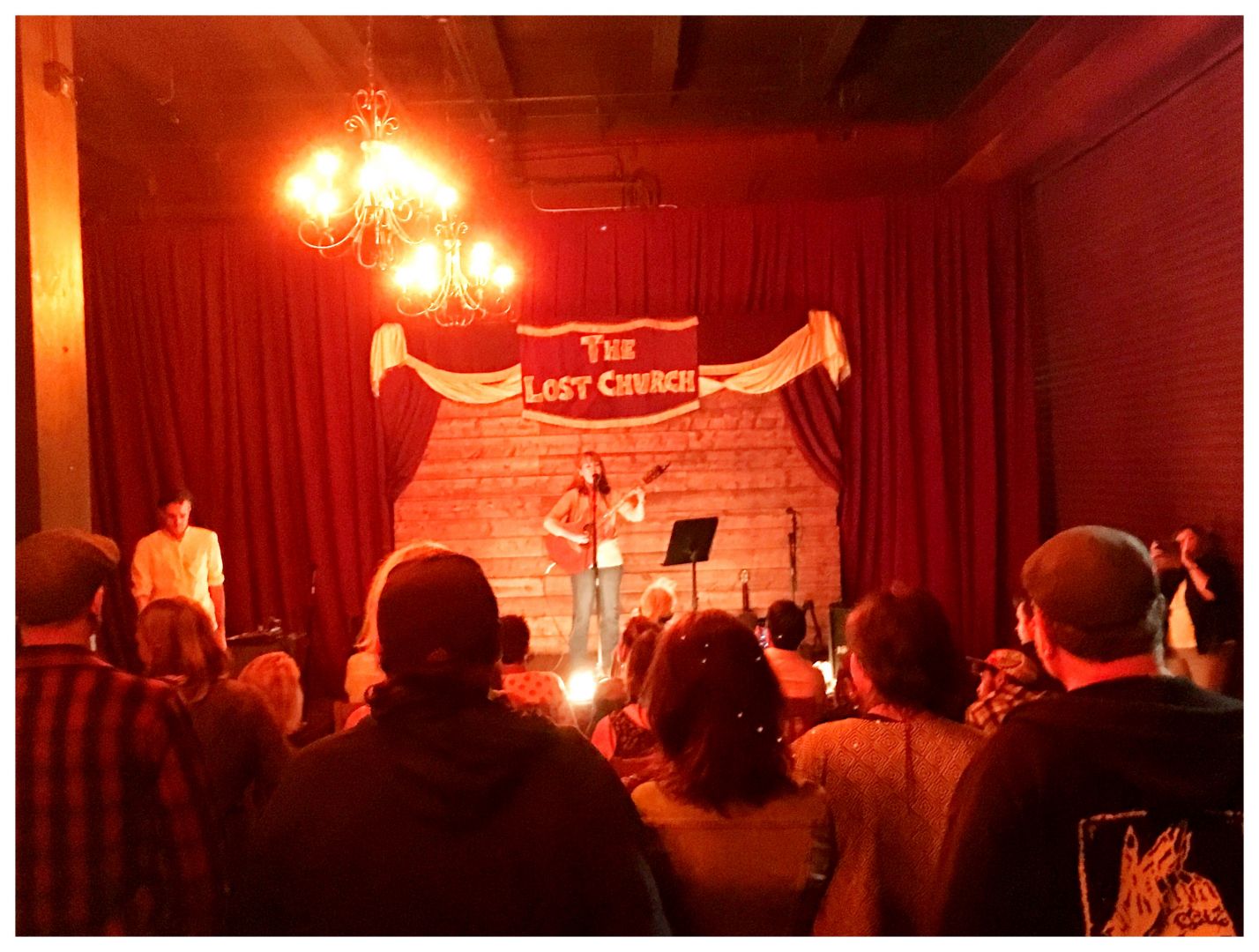 The Shoutout series is all about recognizing that our success and where we are in life is at least somewhat thanks to the efforts, support, mentorship, love and encouragement of others. So is there someone that you want to dedicate your shoutout to?
I’m going to dedicated this shout- out to my old next door neighbors, the Balsz brothers. Matt, Andy, Dave, and Jeff. I was the oldest of 4, but I was lucky to have four older “brothers” right next door, pushing me to my limits. Thanks for telling me I could jump that ramp.