We had the good fortune of connecting with Brian Rodriguez-McGovern and we’ve shared our conversation below.

Hi Brian, we’d love to hear more about how you thought about starting your own business?
I think businesses are like hot peppers. Whether it’s a peño or a Serrano or heck even a straight up standard Bell, from the outside they look pretty similar, but as soon as you cut one open, you know exactly what you’re really dealing with. Congruently, I think success is a lot like the Scoville hot pepper spice index. Some dude named Scoville decided to quantify how spicy an ancho or a ghost pepper is, and people just except that as true. “Oh no, Scoville said it’s too spicy” is something I used to say, but everyone’s own spice tolerance is different. TWIST: so is everyone’s idea of success. Let’s just say I use to adhere to the Scoville hot pepper success index. I was slicing and dicing little pieces of other people’s peppers, cautiously having a little nibble, fearful to take the whole honking habenero myself and eat it whole. Starting my own business was just a way to make money, and be successful in my terms; by bottling my own hot sauce and selling it to other trail (or tongue) blazers (metaphorically— I don’t make my own hot sauce… YET) 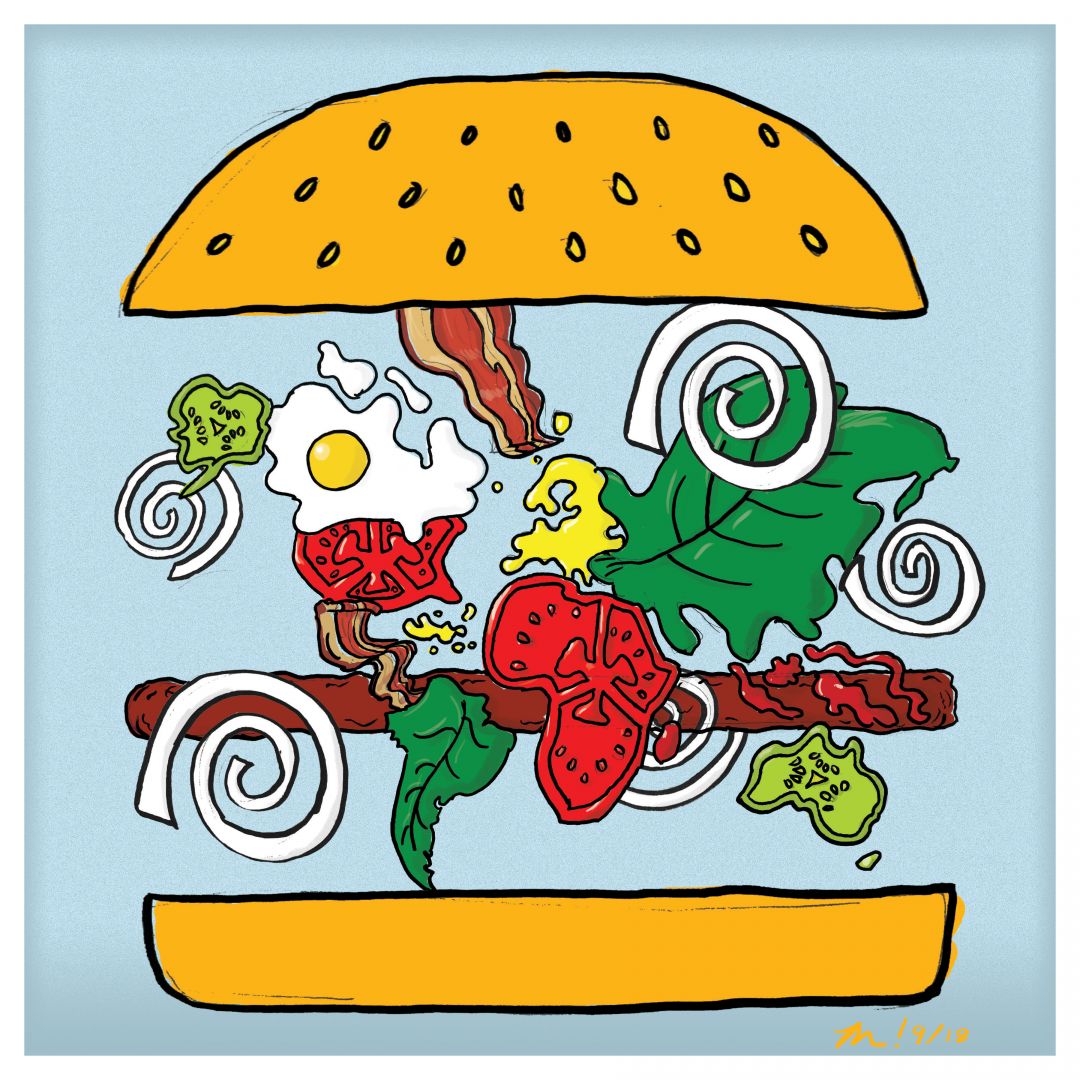 Let’s talk shop? Tell us more about your career, what can you share with our community?
I use to grind so hard, you’d think I was espresso. Is hard work important? ABSOLUTELY. But it’s like Chris Pratt said “work smart, not hard” and I’ll add that on Sunday… the only thing you should be working on is that bottomlesss bloody. I graduated from college in 2009. My first job was making artisan potato chips for minimum wage in a grocery store. Then, I came up in Chicago as a comedian and a writer. I got to write jokes for web videos, video games, and television. As a comedic actor I’ve been in commercials and movies. While I was doing those hustles, I still always had a full time job: I edited children’s books, did digital stuff for major entertainment websites, ran SEO for Silicon Valley start ups. Seven years of hard work, 40 hours a week at an office…40 hours of comedy hustle… and a few extra hours to do freelance illustration. Cut to 2016… and I was once again selling food (Artisan deli sandwiches) for minimum wage (in a food court). I gotta be real: Hard work didn’t put me there. Chris Pratt is in Marvel Movies. Before that, he was sleeping in a van in Maui and told a director at a Bubba Gumps that he always wanted to be an actor so she moved him to Los Angeles with a part in her movie. Hard work didn’t put him there either. Chris Pratt is my hero (not my only hero obvi: Bourdain-duh! And Colin Powell) So it was then I decided to stop working hard and start chatting up the rich and famous people while they eat food. That’s the beauty of business: You can achieve anything you want as long as you convince the small amount of gatekeepers in your industry. It’s a system that’s worked forever for every successful person you heard of but can never meet and will never help you. I love my brand and business.

Any places to eat or things to do that you can share with our readers? If they have a friend visiting town, what are some spots they could take them to?
In a post-Covid world, me and my boy would have an absolute epic time. Mayor Garcetti and Governor Gavin Newsome are doing an awesome job to ensure all the amazing restaurants, bars, and venues that make our city special will be able to weather this pandemic and resume to normal the day after Covid season ends. Some of my favorite chow dens we’d be hitting up include: Sonoratown, Mess Hall, Salazar, Guelaguetza, Guerilla Taco. You know what night would be dedicated to K-Town: Dan Sung Sa is unreal. It’s my favorite vibe in the city and there’s private room karaoke next door. ,

Who else deserves some credit and recognition?
I would love to shoutout all the chefs I’ve had the pleasure of working under. They’re the coolest, most bad ass dudes I’ve ever gotten to grind with. I went from a corporate, creative industry full of boring Slack Channels and calendar invites and was tossed into a world free of HR and mandated lunch breaks. It was freeing to be totally under the thumb of awesome folks who know what’s important: the bottom line, Tupac, and being a BOSS. Thanks to the real ones who taught me all you need to succeed is a bunch of investors, new media hype, and enough self-confidence to fill a pair of extra wide Yeezys. Thanks Homies!