We had the good fortune of connecting with Camille Calvin and we’ve shared our conversation below.

Hi Camille, how has your perspective on work-life balance evolved over time?
This question brings up so many triggers for me… I can remember, my mom standing over me, in all of her self-made glory of being a successful business woman and first woman in our family to Graduate from college; scolding 10 year old me with “You have to work harder than everyone else”. And another one of her famous sayings “If you don’t do it right, there’s no point in doing it at all”. It didn’t matter if I was cleaning my room, doing the dishes, or having problems at work. This was always her advise/warning. The result of this was an embedded belief that nothing comes easy.

As an adult I’ve been called a workaholic more than once, but it wasn’t until I became exhausted that I started to seek out a different approach to work. I had made a few strides in my career, but felt cut off from the world. Aside from being on a few film sets, most of my time was spent in my little apartment looking for the next job. I remember feeling cheated. Wondering where all of my excitement was… Those emotional highs of being on a shoot were few and far between. The unemployed days of searching for a job and grinding, were extremely dark for me, emotionally speaking. Even though acting is fun, preparing for auditions and roles can be grueling. It takes days. It’s easy to find yourself buried in your work, like an ostrich with its head in the sand. Sometimes I’d look up and notice that weeks have gone by without me seeing friends or doing some thing that I enjoy.

I started thinking back on all of the highlights of success in my life, putting into perspective how they came about. Then I realized, they weren’t all necessarily from working myself fingers to the bone. They were usually happy coincidences that came about miraculously. As I’ve gotten older, I realize the importance of having excitement and happiness in your life, and my work balance is much better than it used to be. I have a rule now, if I’m not inspired to do something, I just won’t do it. As a result I learn to trust my instincts. It’s incredible to watch what can unfold when you only focus on what inspires you. In the past, this practice would seem far too selfish for me to accept. At last, I am learning to be a little more selfish these days. If there’s something fun that I want to do, I will make a point to pencil it into my schedule, and make it just as important as a work priority. I am much happier doing this. I feel more free when creating. It makes me look to the “joys” in the work that I do, and not solely on the “responsibility of getting it done”. A work life balance is extremely important. Yes! you must get work done, but your quality of life will suffer if you’re not happy. 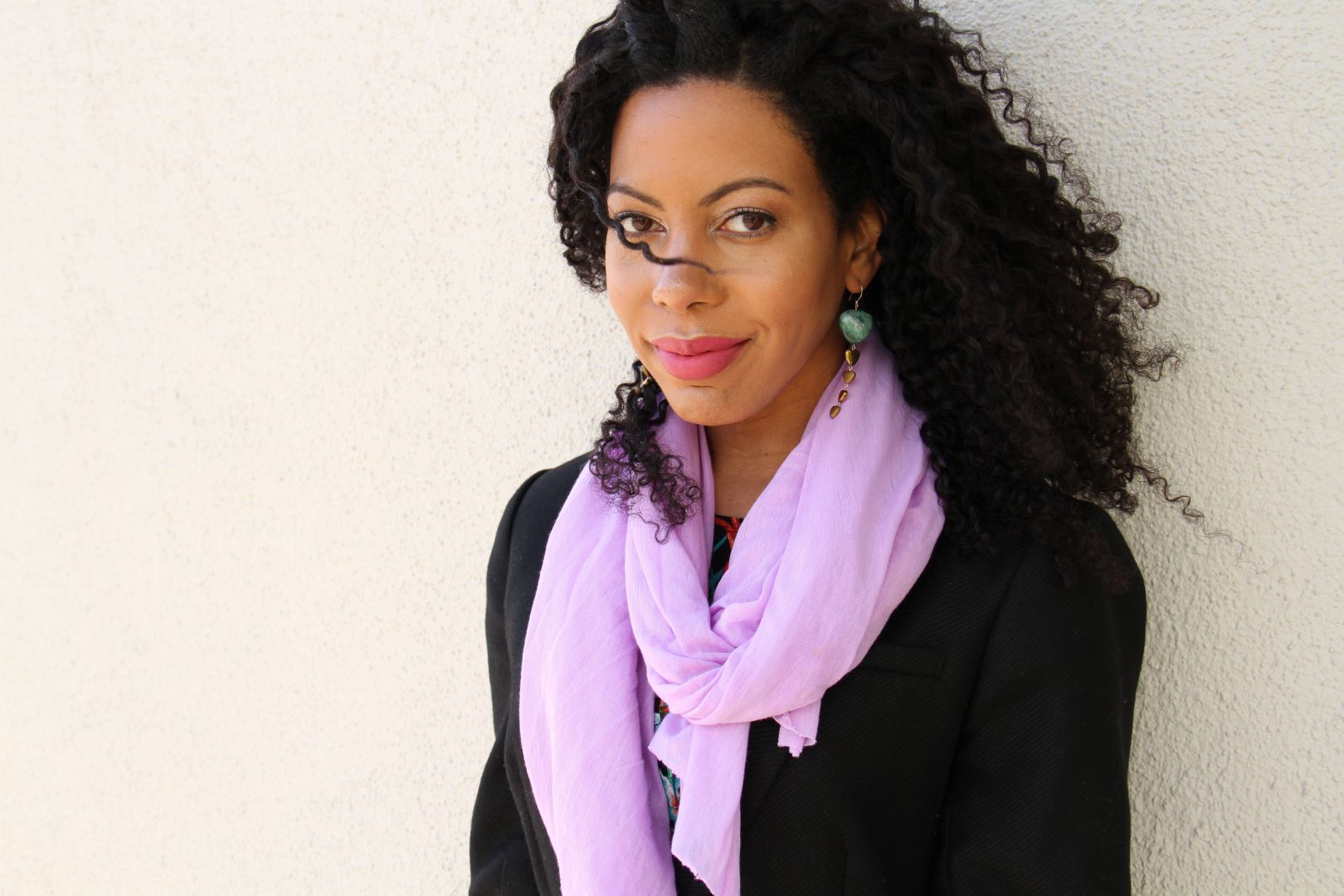 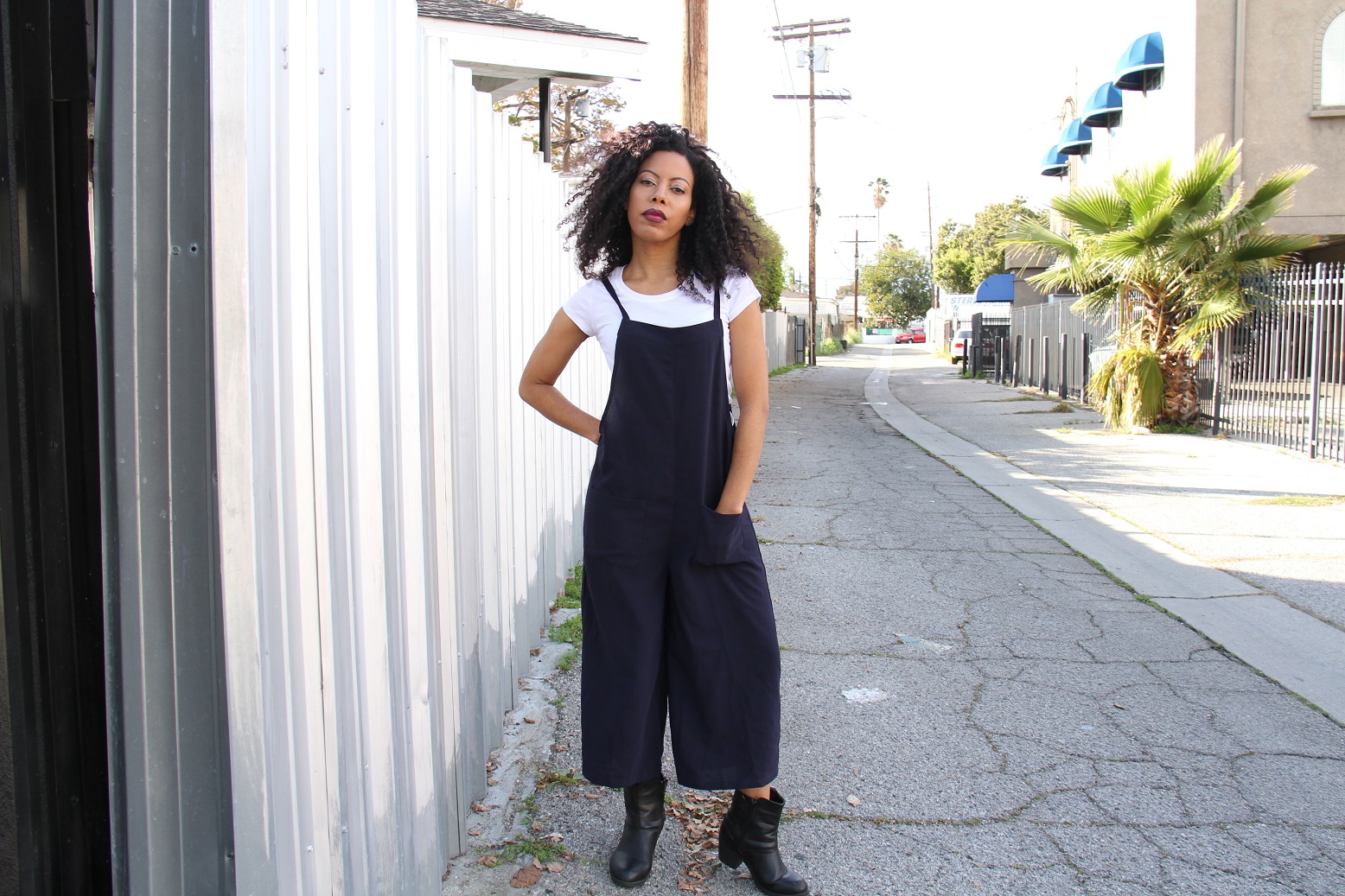 Let’s talk shop? Tell us more about your career, what can you share with our community?
Im an actress. Recently I starred in a new film called Deadly Cheers that will be releasing this winter on Lifetime. My journey of getting to where I am today, was not easy. There’s been many ups and downs. I’ve had some great experiences and some trying ones as well. In order to overcome the challenges I’ve had to work on my mental state of being. Some important lessons that I’ve learned along the way is to never take anything personally. As an actor, you go through a lot of rejection, and if you let it get to you, it’s easy to become discouraged. Another lesson I’ve learned is to never be afraid to try something new in your career. I’ve always been inquisitive about the filmmaking process, so I’ve worked as a crew member on many sets, and even directed a hand full of projects. Now I have a production company Lion Fox Productions. Producing is a different animal but keeps me sharp and in tuned with whats going on in the industry from the production side. We are currently developing a new project. And I hope to be able to talk more about it in the near future.

Let’s say your best friend was visiting the area and you wanted to show them the best time ever. Where would you take them? Give us a little itinerary – say it was a week long trip, where would you eat, drink, visit, hang out, etc.
I”m a foodie, so whenever a friend visits I’ll take them downtown L.A. to the grand central market. There’s a slue of restaurants there with some amazing flavors. If we are in Hollywood I’ll take them to my favorite restaurant in Little Thai Town, “Thai Patio”. If it’s cold out and we’re in the mood for something warm and cozy, Urban Ramen in Weho is my jam. 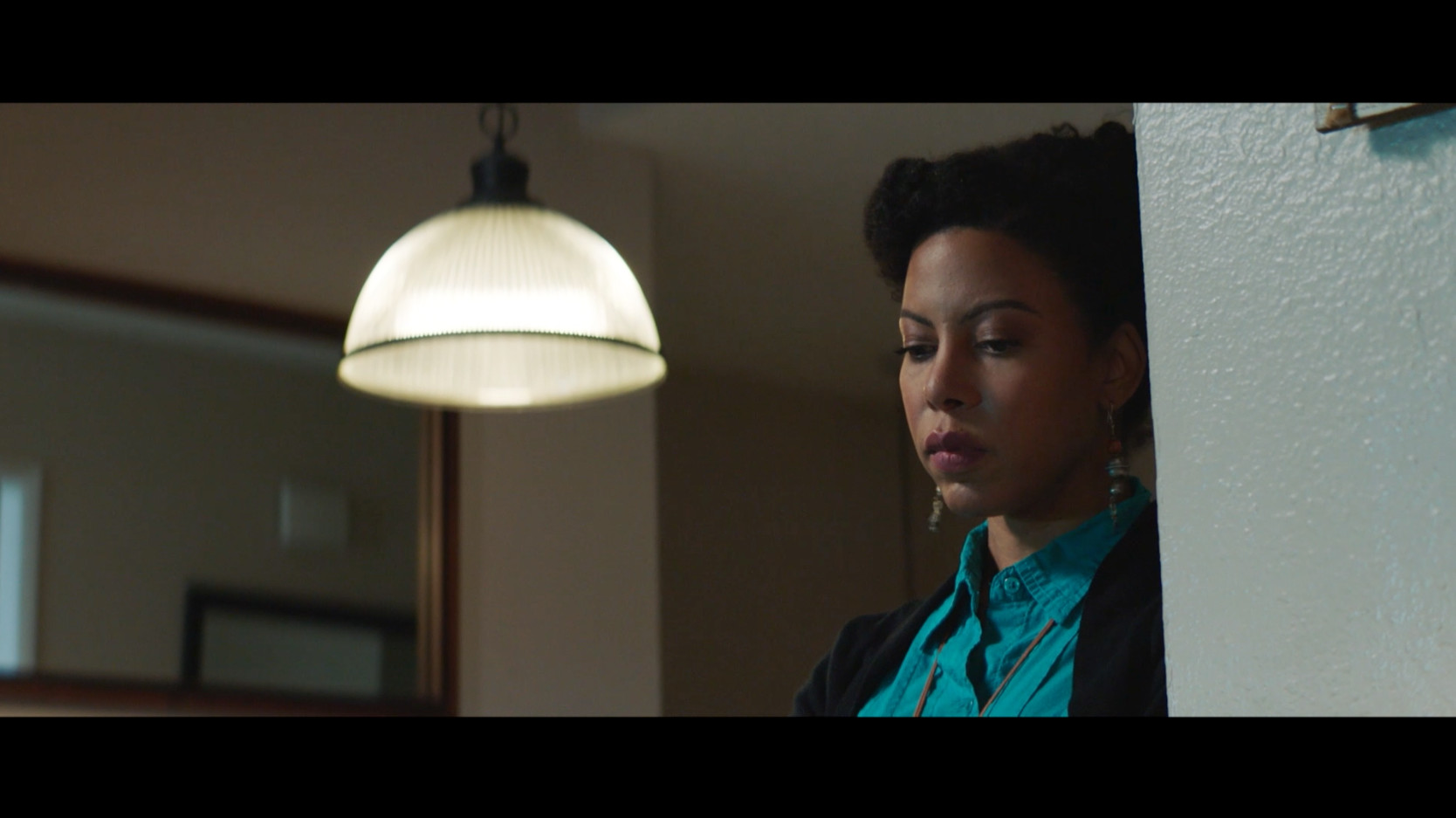 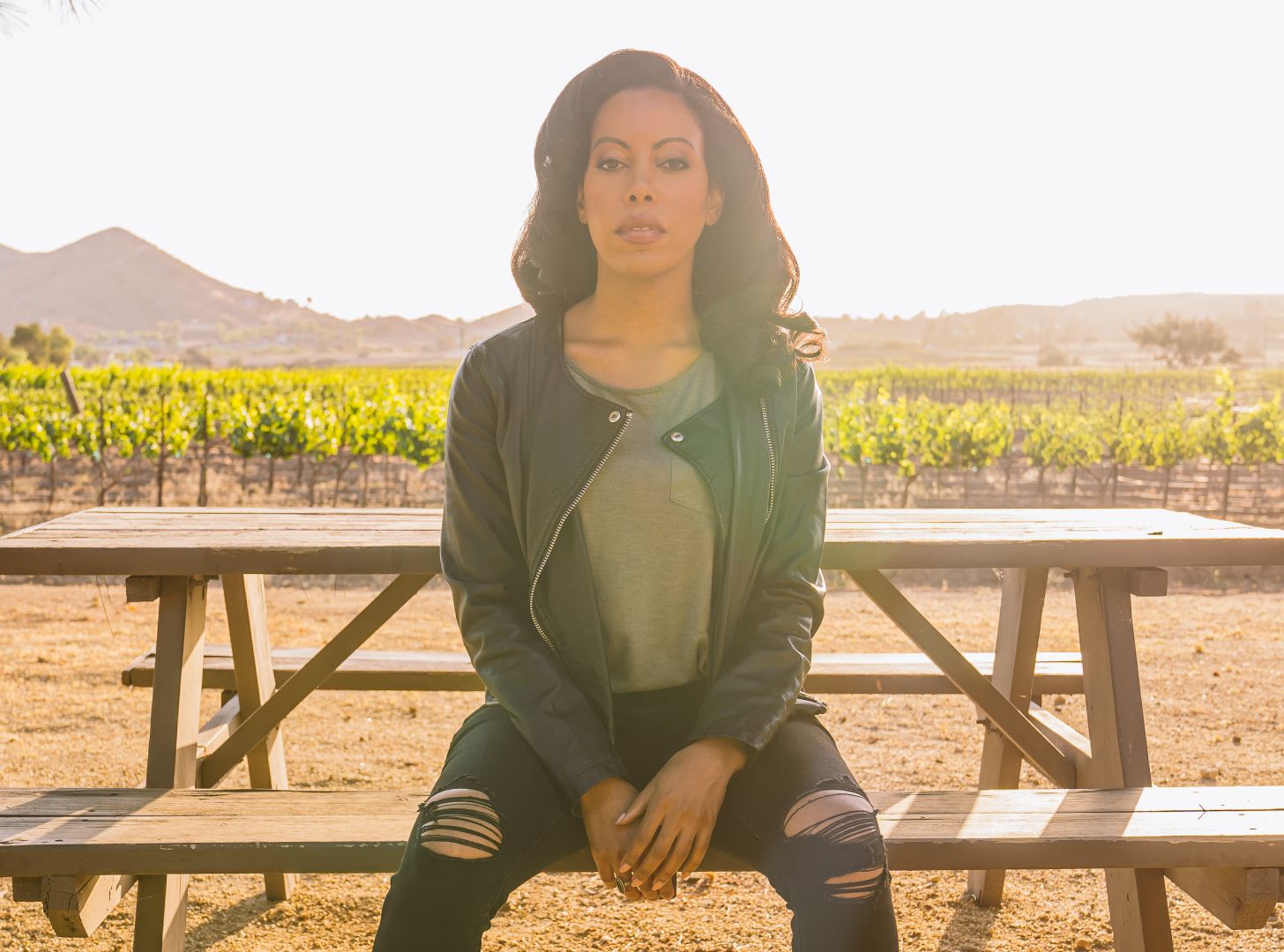 Who else deserves some credit and recognition?
Just before the pandemic I auditioned for a supporting part in a film for lifetime called “Designed for death”. They sent me the script, I loved the role and wanted it really bad. The role was funny, smart, and she was the best friend of the lead character.

So you know, I did the work, studied hard, did the audition. Sent in my tape, and then I got a callback. I thought, “I’ve got this”. A week later I hear back from casting letting me know that I did not get the part, but they want to offer me a different role in the film. This was for the role of a doctor, which was a much smaller part. When I say smaller, I mean maybe three lines in the film. So, okay. I take the part.

Fast forward to a few days before filming; I’m relaxing, because it’s not like I have a ton to study. I get a notice that the film has gotten a new Director. Then right away, I get a phone call, “Hi, I’m Jessica Janos, I’m the new director for Designed for Death”. I think OK she wants to introduce herself, thats nice. But right away she dives into my scenes begins to do some rewrites on the phone, and in the end, she’s added multiple pages of dialogue and before I know it, she’s connected me with a medical doctor who explains the process of whats happening to the body during some of the injuries that my character describes on screen.
Long story short, I had this amazing experience and dove in so deep on a character that was only supposed to share the screen for a few moments.

Maybe eight months later, my phone rings and it’s Jessica. She tells me that she is working on a new project called “Deadly Cheers” and that she wants me to read for it. I was so shocked that she thought about me. So, naturally I agreed to audition, and I booked the part. This time I was the lead. Working with her again was invigorating. Watching her navigate her way through the set was inspiring. Together we spent many days on the telephone developing “Brianna” my character. Taking pieces of our own personal life challenges and adding them to her past experiences. The level of mental support and mentorship that I received from her while making this project was one of the best experiences of my career. After working with Jessica I found myself talking about our days on set quite often. I’d like to dedicate my shout out to her, Jessica Janos. You can find out more about her work at JessicaJanos.com