We had the good fortune of connecting with Carene Rose Mekertichyan and we’ve shared our conversation below.

Hi Carene Rose, what was your thought process behind starting your own business?

In the midst of the genocidal attack on Artsakh and Armenians, I threw myself into doing whatever I could for our community. In all of my efforts to amplify what was happening and get people organized, I noted that there was, and has always been, a critical gap in the work of Armenian-centered organizations.

I co-founded Yerazad with a small collective of Armenians who wanted to organize at the grassroots level while also centering and uplifting those who have been marginalized in our community; such as mixed race and LGBTQIA2S Armenians. An understanding of intersectionality is critical and must be an integral part of any organization, whether or not their focus is social justice. At the core of our work is the fight for Armenian liberation and strengthening of the transnational solidarity between our struggle and the struggle for justice here in the United States. Our community can no longer remain insular and must show up for other marginalized communities. This activism and solidarity must be genuine, rather than transactional.

We are working on policy actions at the grassroots level across the country in addition to building coalitions of support with other communities. While Armenians are an indigenous people who have been displaced from our ancestral lands, those of us in the diaspora must be aware of the indigenous land WE occupy and stand with our native communities here in the United States. Our longterm goal is to invest in green jobs and sustainability in Armenia and Artsakh. The response so far has been overwhelming and we are honored to have provided this much needed safe organizing space. 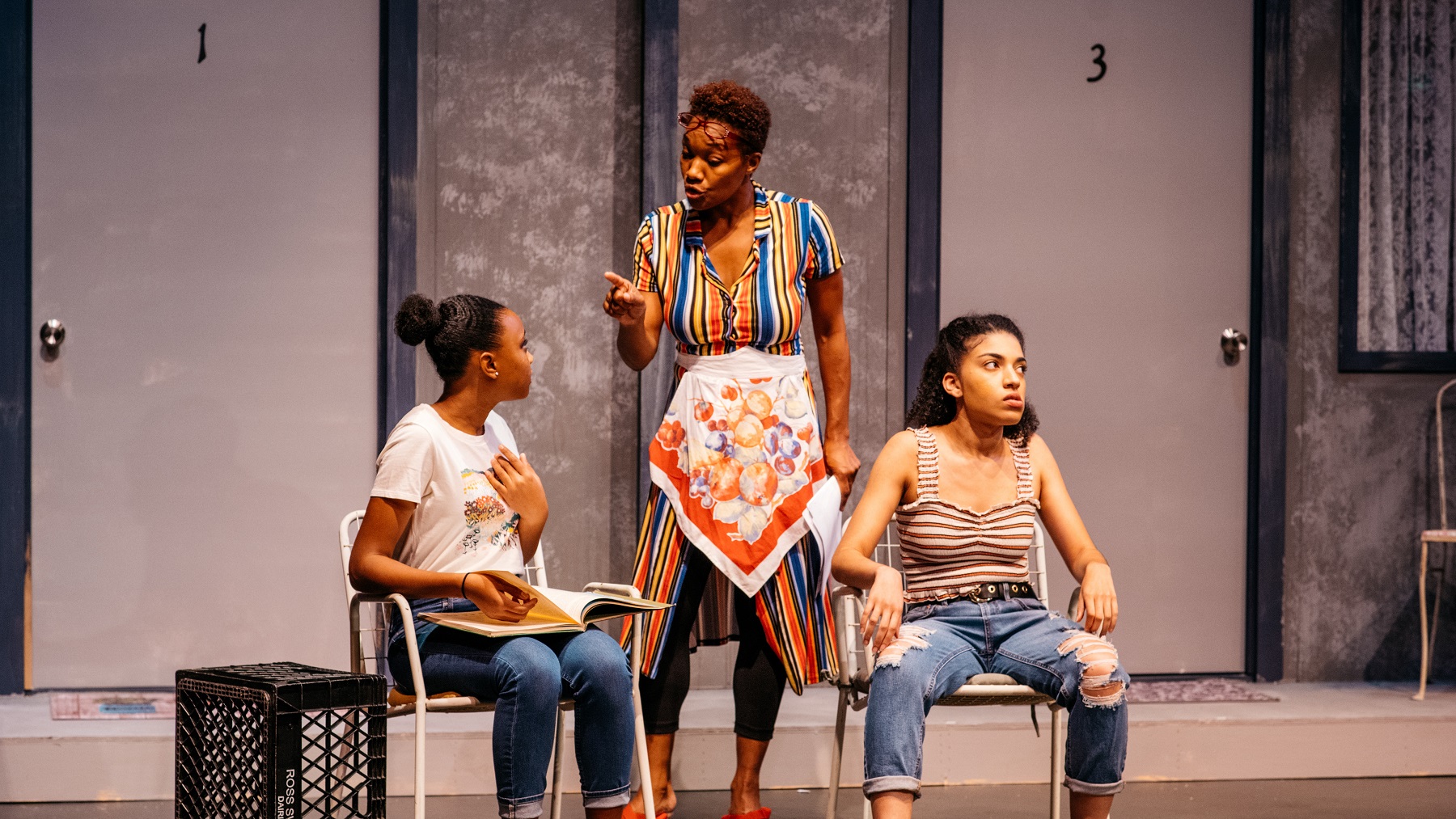 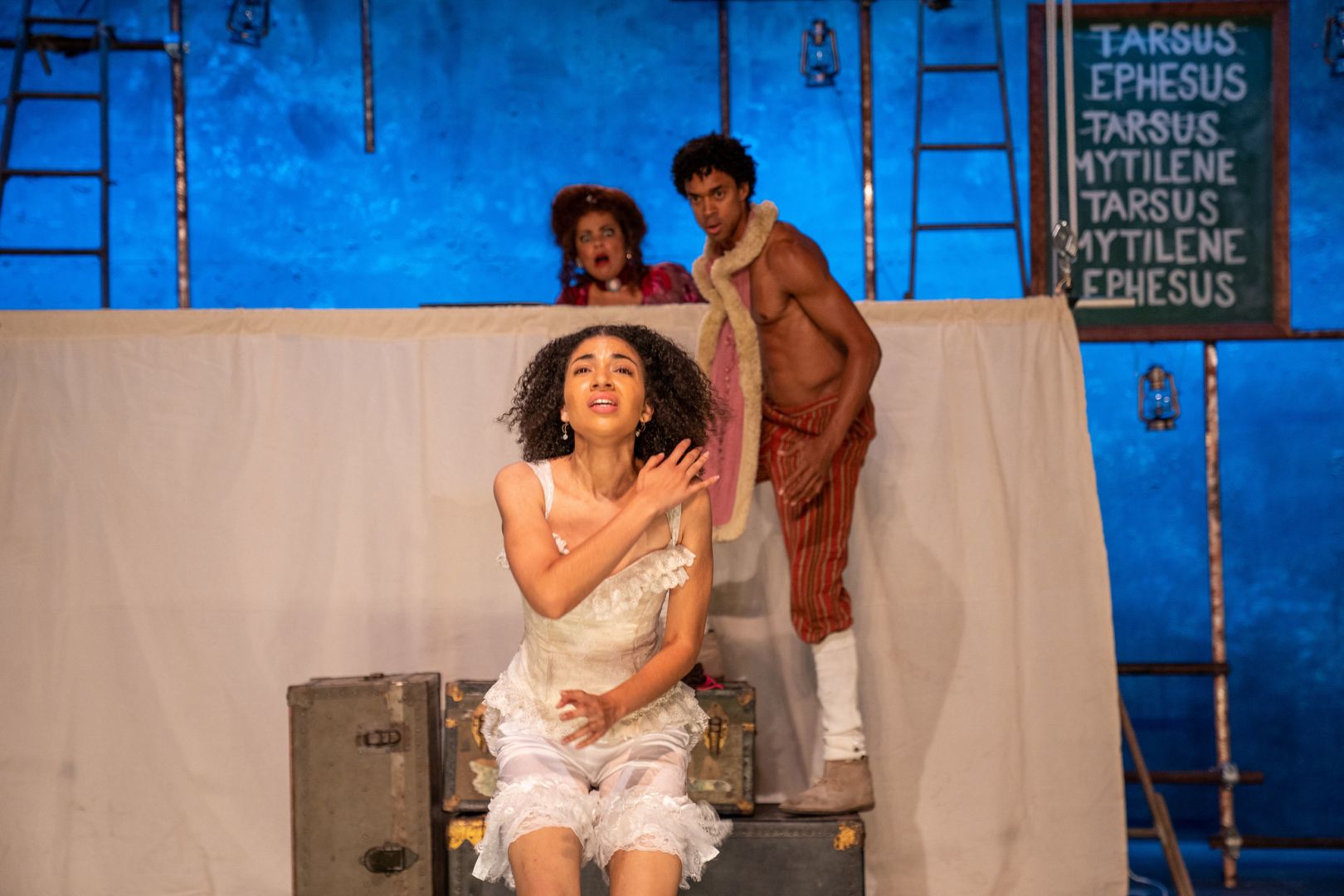 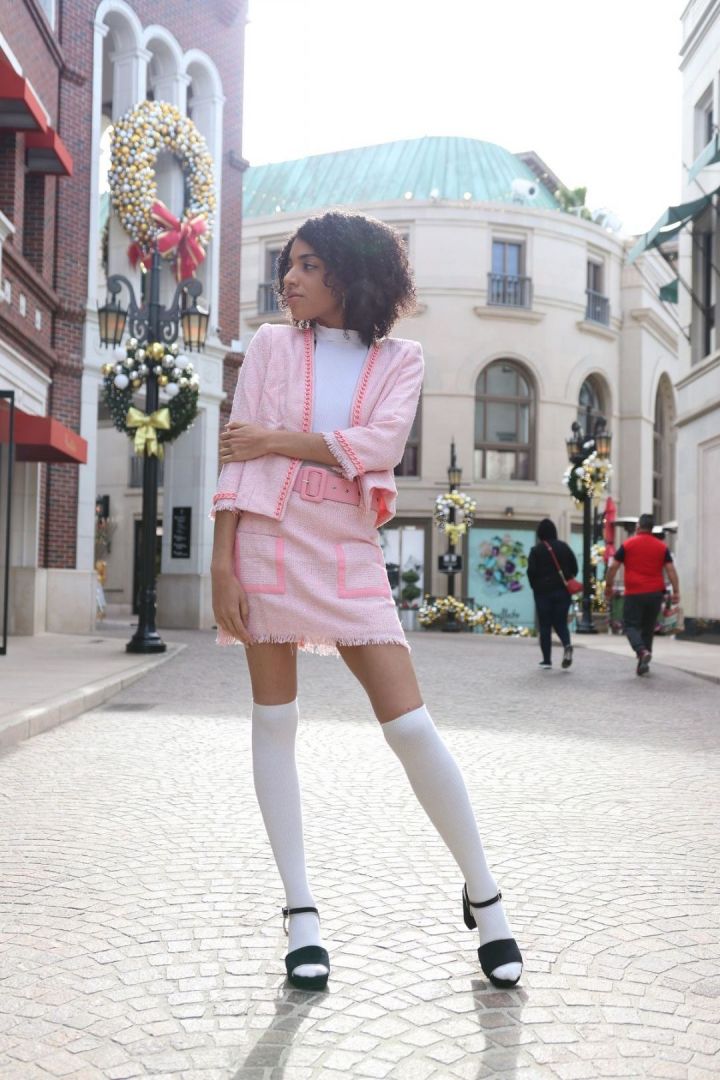 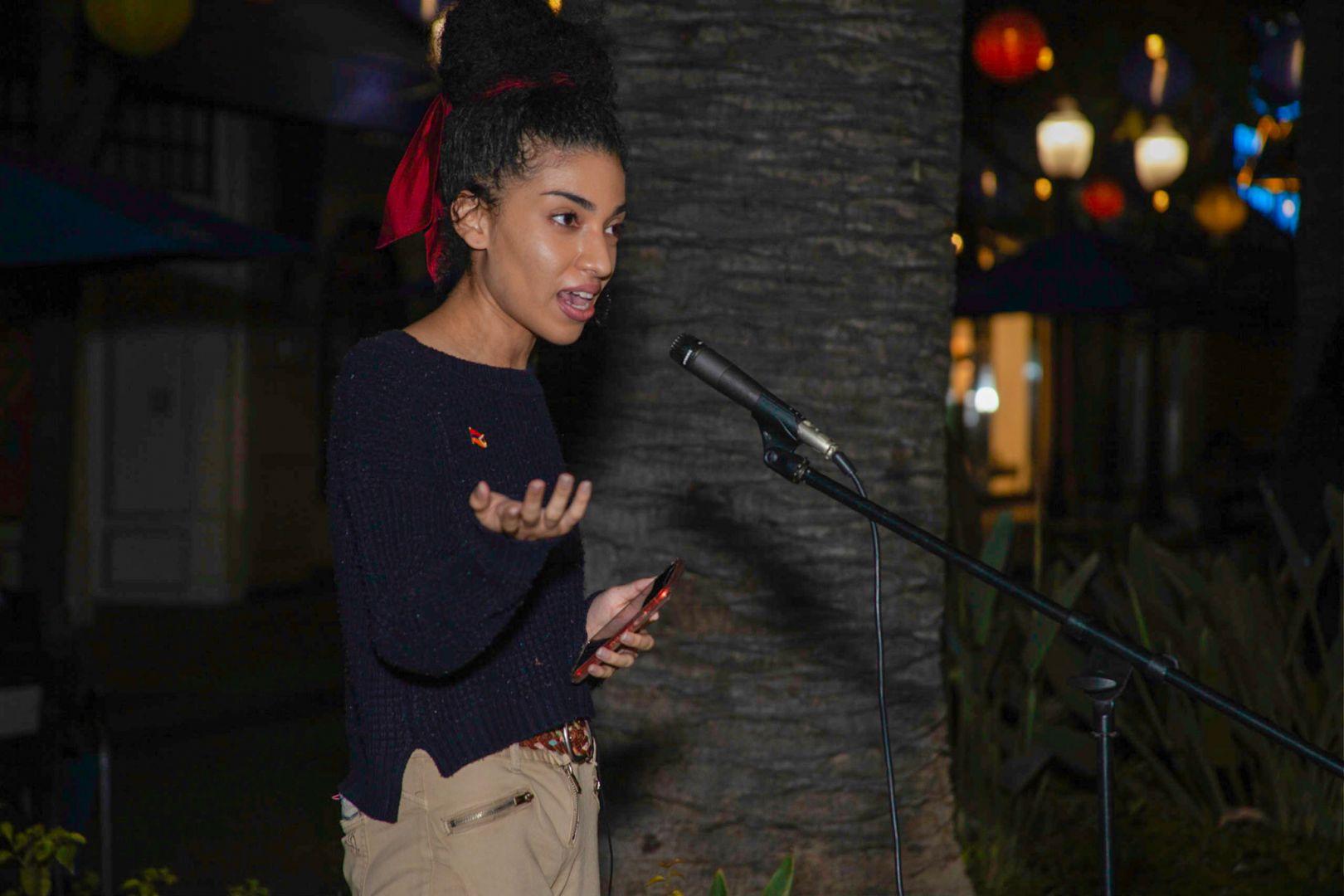 Can you open up a bit about your work and career? We’re big fans and we’d love for our community to learn more about your work.
My art and activism are, and have always been, inextricably linked. My identity as a Black Armenian woman and upbringing in Los Angeles instilled a passion for storytelling in me that I used to navigate my intergenerational trauma and center marginalized narratives. I believe art exists to empower those whose perspectives have been erased while sparking empathy in others to bring about necessary social change. I also believe all art is inherently political. From my honors thesis production of Ntozake Shange’s “for colored girls” to the plays I write, tackling issues like the intersectional erasure of Black women, assault, and racism in the cannabis “industry”, to my physical presence on stage to the work I do as an arts advocate and educator; my career has been centered on using the power of art to create a societal shift.

Coming from a low income background, I knew that I had to work incredibly hard to earn the scholarships needed to afford a good college. I do want to note that in this country we are conditioned to believe a four-year institution is our only option, which is false, but it was the best choice for me and my path. My drive paid off and I was given a full scholarship to Dartmouth College where I studied Theatre, Public Policy, and Film. I was also able to train classically for a semester at the London Academy of Music and Dramatic Art. I appreciated my liberal arts education in which we were taught to be critical of the art we were expected to engage with. I was also exposed to all aspects of production in my program, studying technical production, design, and stage management in addition to performance, playwriting, and direction.

In my work as a performer, the fact that my Black Armenian body is on stage is itself a political act of resistance. I am the legacy of two failed genocides and that representation is important for members of my communities to see. When I was performing with Independent Shakespeare Co. in Griffith Park, we always had opportunities to speak with the audience when we weren’t on stage. I remember a number of Armenian people coming up to me saying they saw my name in the program and were so proud to see me on stage representing our community. There was a family of Armenian women, two of whom had names similar to mine, that continued to hug me and laugh and express their joy at simply seeing me on stage. I remember two parents who brought their tween daughter up because she wanted to speak to me but was nervous. They said it was special for her to see a Black “girl” like myself onstage as Marina (in “Pericles”) with hair like hers that I had out natural and free. Representation can be life changing, especially for youth.

As a writer, educator, and arts advocate, I center marginalized bodies and perspectives. I currently teach with the Unusual Suspects Theater Company and have seen first hand how transformative theater can be for youth. They need to understand that their voices and perspectives are valued and powerful tools. I have also had the honor of teaching incarcerated youth through Creative Acts. I witnessed how art not only gives them a voice and hope, but also provides space to heal. Creative Acts is an organization founded by my friend and mentor Sabra Williams, which seeks to heal trauma, build community, empower, and center the voices of those who are or have been incarcerated. We must empower our community members who are still inside and actively work to dismantle the prison system.

Let’s say your best friend was visiting the area and you wanted to show them the best time ever. Where would you take them? Give us a little itinerary – say it was a week long trip, where would you eat, drink, visit, hang out, etc.
I’m an Angeleno, so it’s tough for me to narrow things down but I’ll share what I’d do in the neighborhoods I frequent (pandemic aside of course).

I’d make sure they get their fill of some great Armenian food so of course we’d go hang out at my Tatik and Papik’s (grandparent’s) where they would make sure you were eating the ENTIRETY of your visit. I wouldn’t tell them I’d be bringing a guest just to see the hilarious panic on their face as they lay out the table. My Tatik would make Fattoush with pita bread or Piroshki. My Aunt might make xatchapuri. There would be a spread of fruits, nuts, and desert (my Tatik’s halva). After we’d go see my friends in some theater, improv, or stand-up in Hollywood.

I love taking people for walks through the heart of Hollywood. It ain’t always pretty, but it’s home. My go to was always spending hours in Amoeba Music (which has moved and reopened). If they really want to be tourist-y I’ll take them to Hollywood and Highland where I love to get the afternoon tea service at Chado. For dinner we’d get some Harold’s Chicken, a Chicago staple that I grew up eating on visits to see my mom’s side of the family.

After stopping by the Bourgeois Pig in Franklin Village, we’d go for a hike in Griffith park and watch the sunrise or sunset or kick a soccer ball around and picnic. If it were the summer you’d find me at the Griffith Park Free Shakespeare Festival at the Old Zoo on stage or in the audience.

During an afternoon in Los Feliz, we’d shop at thrift stores and hit up Wacko, which is such a unique spot. For breakfast we would go to Figaro Bistrot for some French almond croissants and tea. In the evening we could get burritos from Tacos Tu Madre and grab a slice of cherry cheesecake from the House of Pies. We would end our day by seeing whatever is playing at The Vista or the Los Feliz 3, if we’re lucky, Secret Movie Club would be having a special screening.

In Sunset Junction/Echo Park, we’d walk around and hit up all the cute record shops and second hand stores. We’d go to Masa of Echo Park which has my favorite deep dish pizza (and ya girl was born in Chi-town). We’d walk around the lake and catch up. I used to love dancing at The Satellite (closed) or Los Globos.

Downtown, I would take them to see some art at the Broad or MoCA after stopping by Bloom and Plume Coffee. We’d hit up The Last Bookstore and look at all the street art in the Arts District. I’d show them the architecture of the Bradbury building and Angel’s flight. We’d have tacos from Guisados. We’d head to Little Tokyo. If I could snag a ticket, we’d catch a Laker game and pay our respects to Kobe and Gigi. If it was late at night and the clubs were open, TRUST we’d go dancing at Cliftons, The Lash, or Honey Cut. We’d have some food truck pupusas or head to NoHo in the morning for soujouk breakfast burritos from the Bread & Breakfast pop up at Circus Liquor.

After a hike at Runyon Canyon, we could go to The Griddle for some red velvet pancakes, French toast, and mimosas and head to LACMA, which I used to hit up a lot for the free LA resident Fridays. For some bomb Creole soul food we’d head to Stevie’s on Pico. On a day further west, we’d brunch at John O’ Groats and then head to the beach. I’d take them to Venice where we could walk or bike up to Santa Monica. Maybe we’d drive up to Malibu and go to the Getty Villa.

In Glendale we’d sit in the middle of Artsakh street with lattes from Urartu Cafe. We could walk around the galleria and Americana. I would take them for some traditional Armenian cuisine native to our precious Artsakh, Zhengyalov Hats, which is a delicious and fresh herb filled bread that we’d wash down with some Armenian soorj (coffee), pear, or taragon drinks.

In summary, lots of food, art, nature, and dancing! 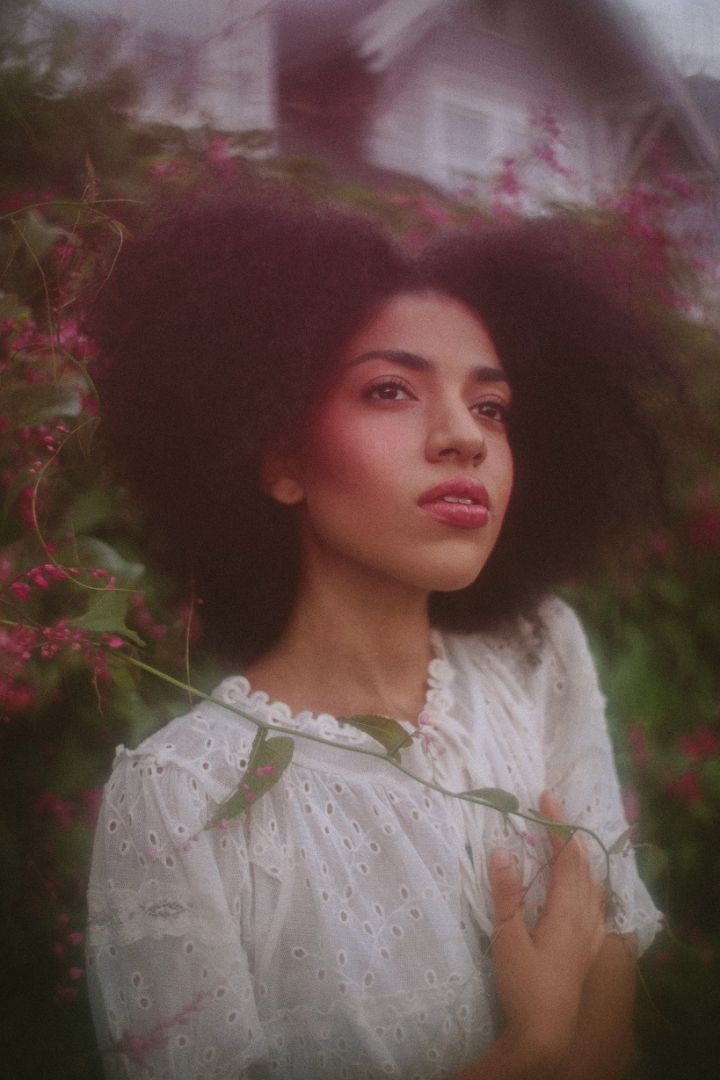 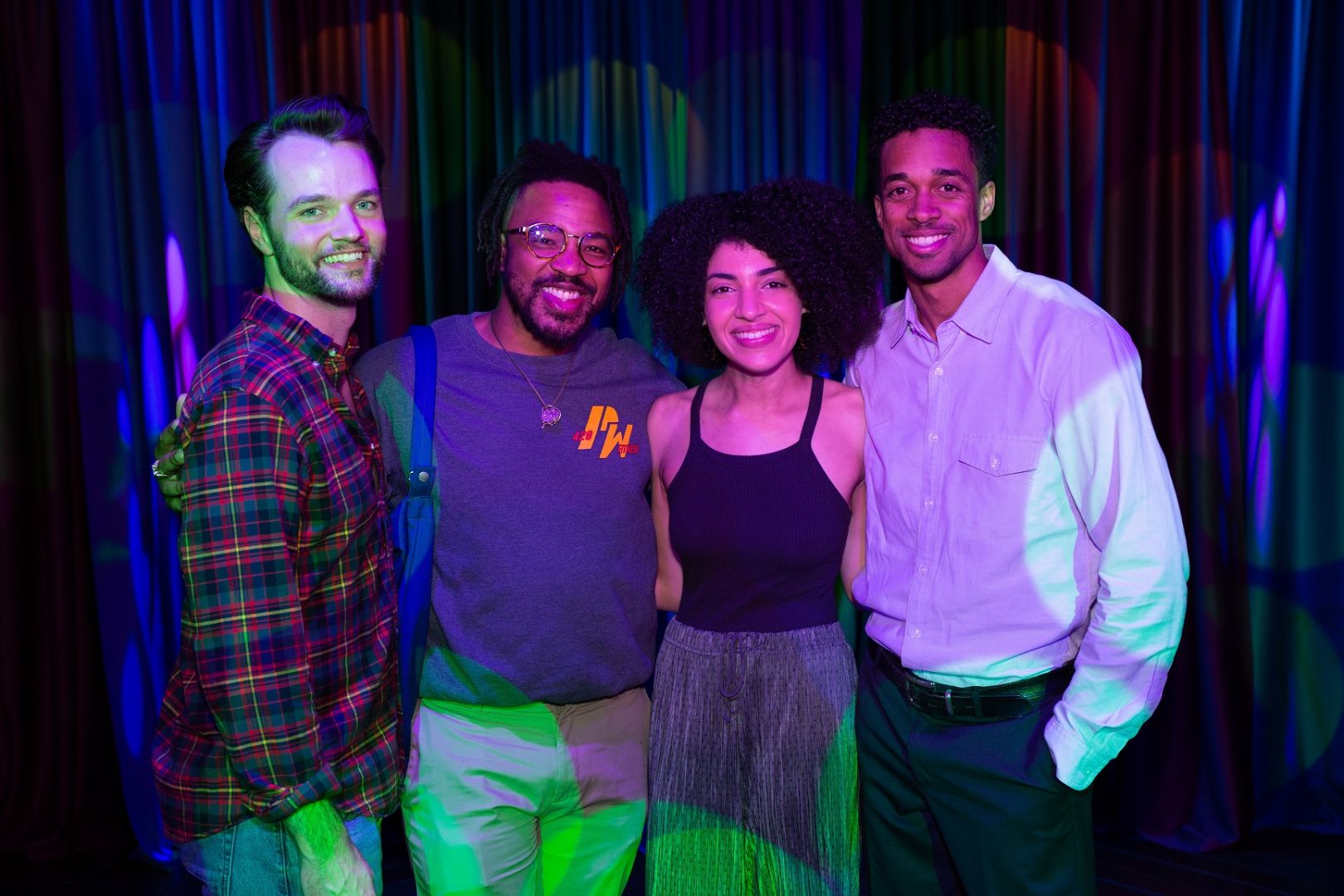 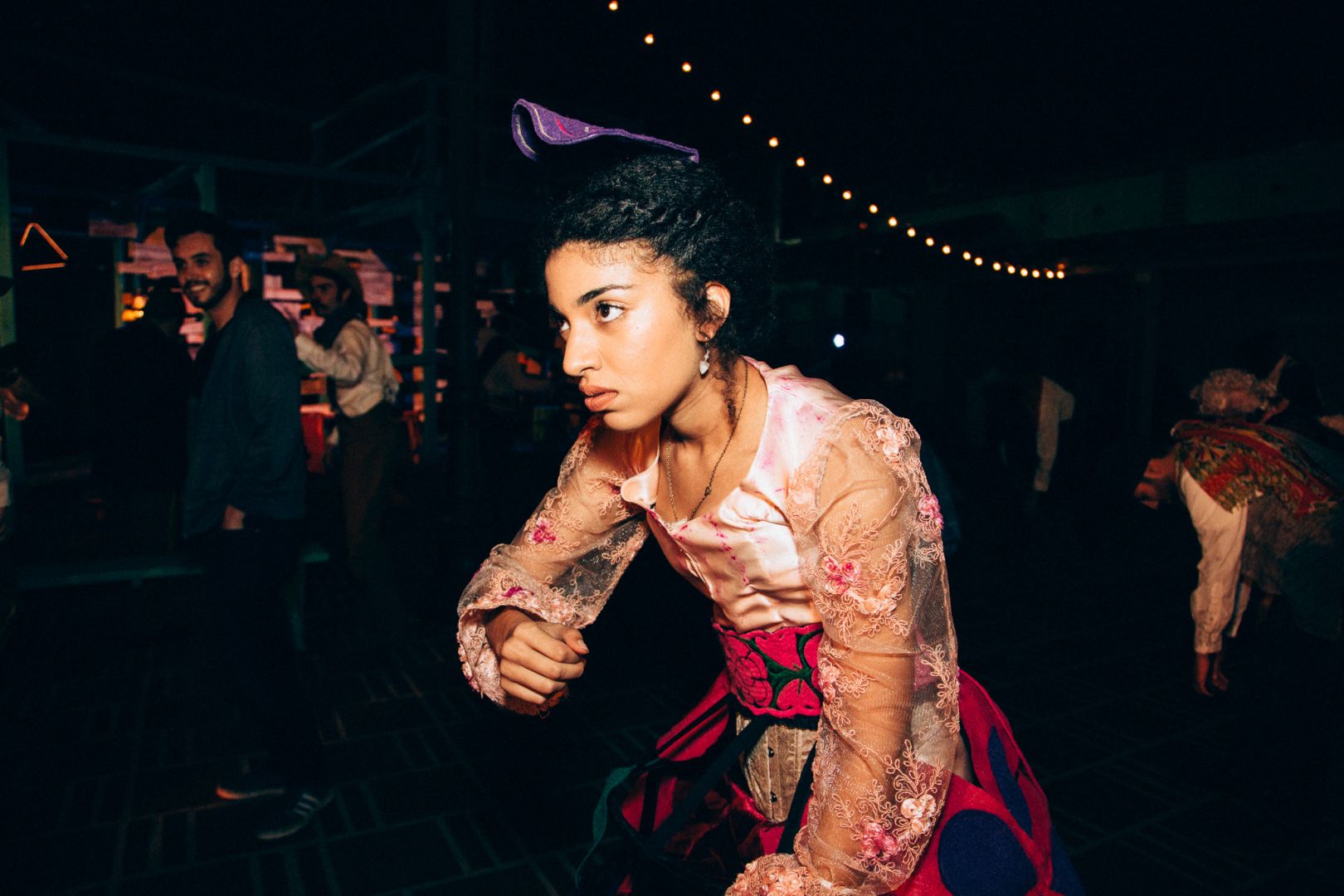 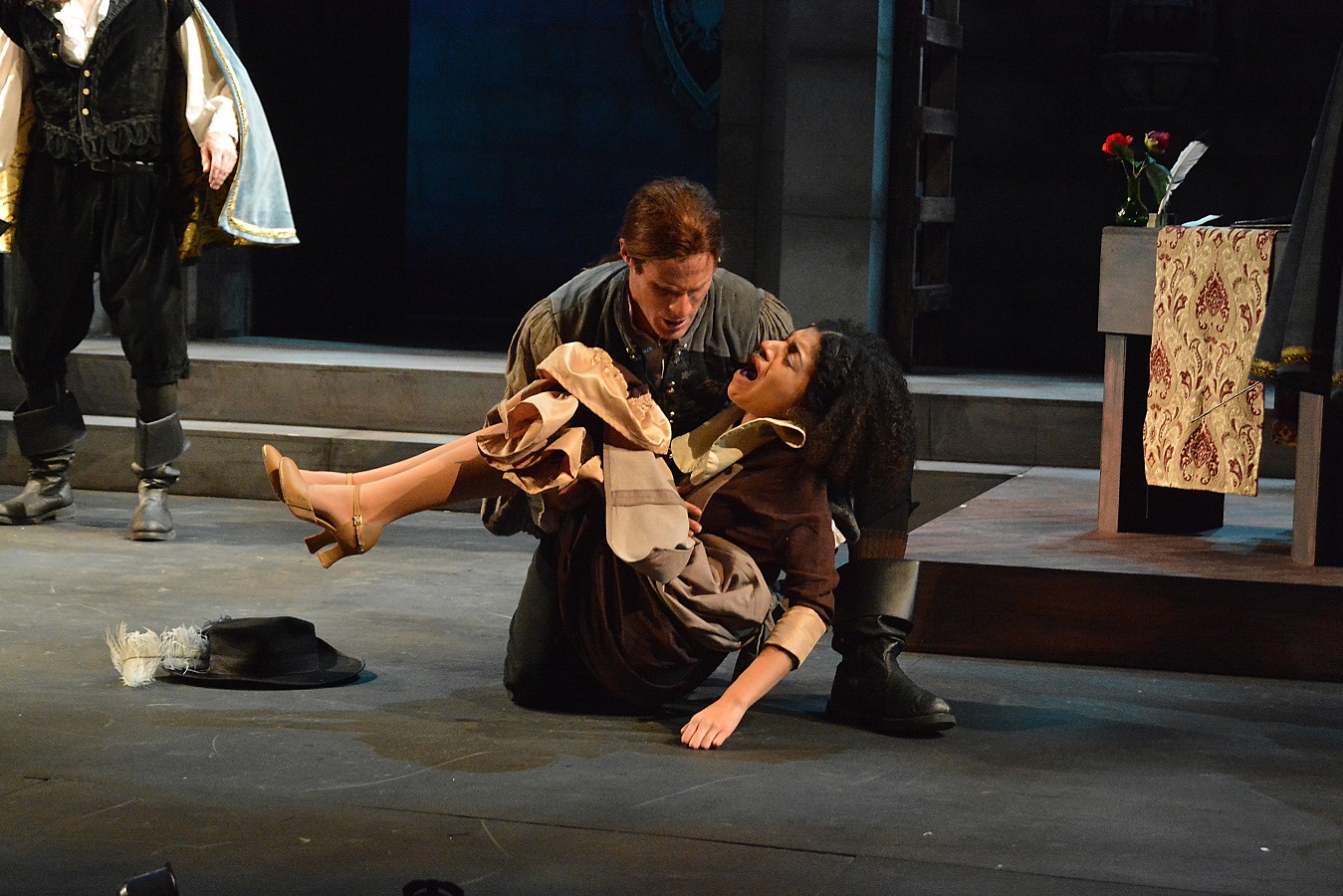 Shoutout is all about shouting out others who you feel deserve additional recognition and exposure. Who would you like to shoutout?
I could not have made it through the past year without the love and support of my family and friends. Whenever I needed comfort, solidarity, or necessary distraction, my loved ones were there. I have also found an incredible community on social media that continues to support my action items, mobilize, and send much needed words of encouragement. I am so thankful to everyone who has showed up and put in genuine (as opposed to performative) work. There are too many people to name here, but I think expressing gratitude is critical, both for ones own spirit and to show others you see them and appreciate them. This year I really took the time to reach out individually and write letters to everyone I was particularly grateful for.

I would also like to give a shout out to my creative family at Independent Shakespeare Co. for uplifting my voice and activism in addition to continuing the difficult work of making both our industry and community more equitable and just. When I first became part of their ensemble as a performer, I had no idea I would find such an unconditionally loving support system. Through my work as the Artistic Associate for Social Justice, my ability to affect change in our community has been magnified. It is a blessing to work with a company that values me for my complete self. Art is a powerful conduit for social change, and ISC not only understands that truth, but puts it into practice daily.