We had the good fortune of connecting with Carrie Morgan and we’ve shared our conversation below.

Hi Carrie, have there been any changes in how you think about work-life balance?
For a long time, I used to prioritize work over everything. I’ve always been driven to keep busy, trying to utilize every moment of the day for maximum productivity. When I decided to pursue a career in the film industry, I let that drive become the sole focus of my day to day, often to the detriment of my life outside of work. I never wanted to miss an opportunity, and to this day, I have a hard time saying “no” to job offers, regardless of how busy I already am; however, I’ve come to realize that there are other aspects of life that are just as important to me as work.

For the last few years, I have strived to make my hobbies and relationships just as much of a priority in my life as my career, and in doing so, I believe I’ve become a more well rounded cinematographer and person. Just like I pour everything into my work when I’m on a project, when I’m in between jobs, I pour myself into traveling, game nights with friends, or romantic evenings with my husband. Traveling is my biggest passion outside of filmmaking. I love seeing new places and experiencing other cultures. Instead of looking at a vacation as “time away from work,” I see it as an opportunity to grow, expand my worldview, and look at things through a different lens.

I used to look at downtime as a negative thing, a distraction from the “all important” career as I counted down the days to the next gig. Since then, I have learned to make the most of that downtime — to fill it with enrichment, friendships and fun. I’ve come to realize that it’s not only better for my health (both mentally and physically), but also that those personal passions of mine are not a distraction. They are a blessing, and a boon.

I guess you could say that I still work hard, but I’ve learned to play hard as well. And by finding a better balance between the two, I’ve become more successful in both work and life. 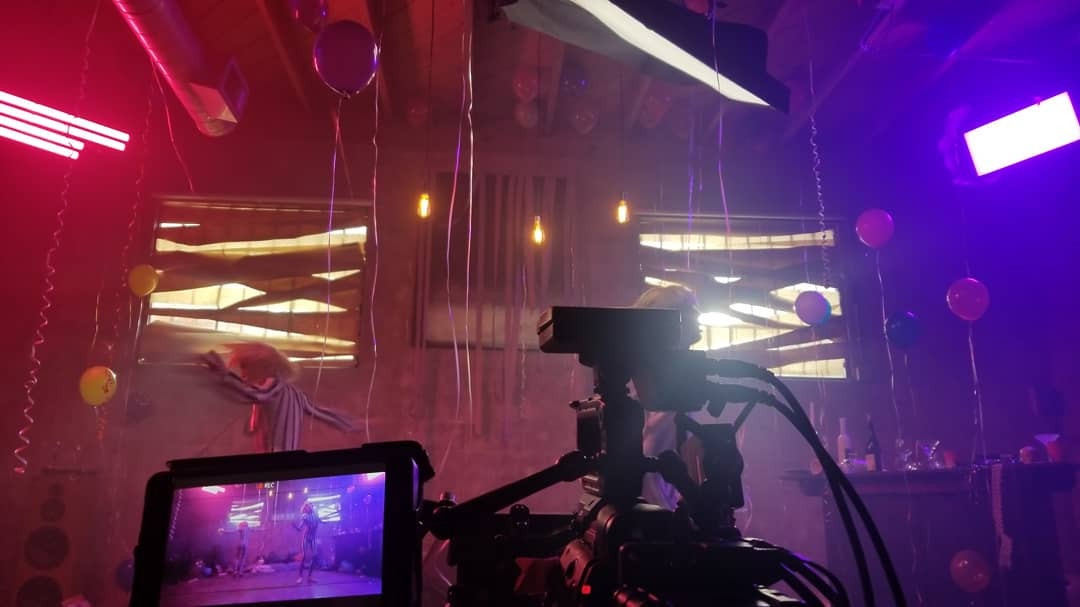 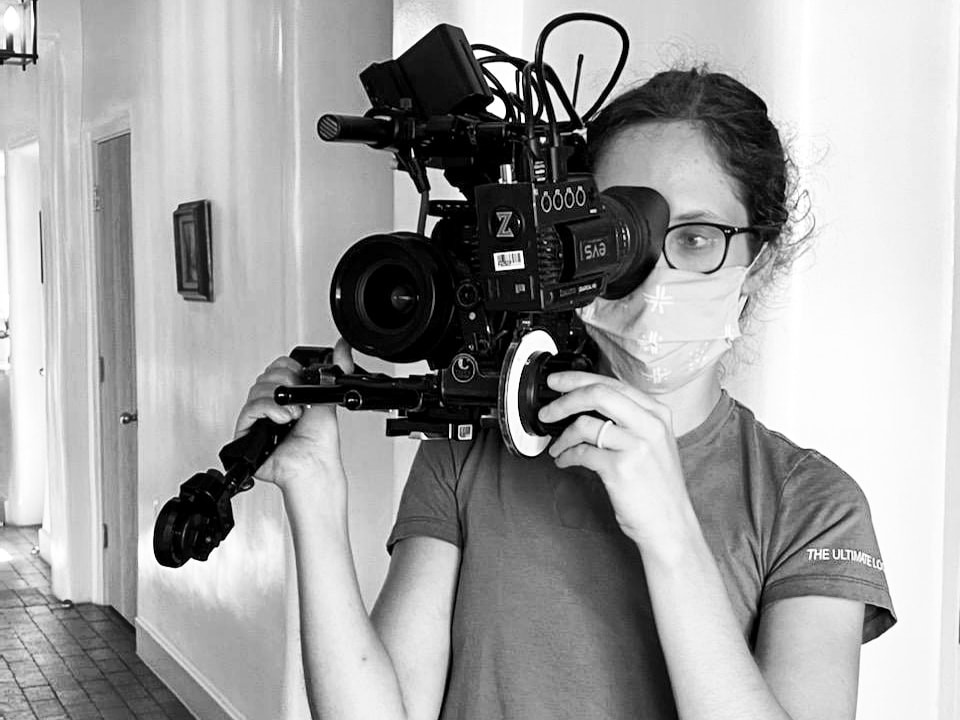 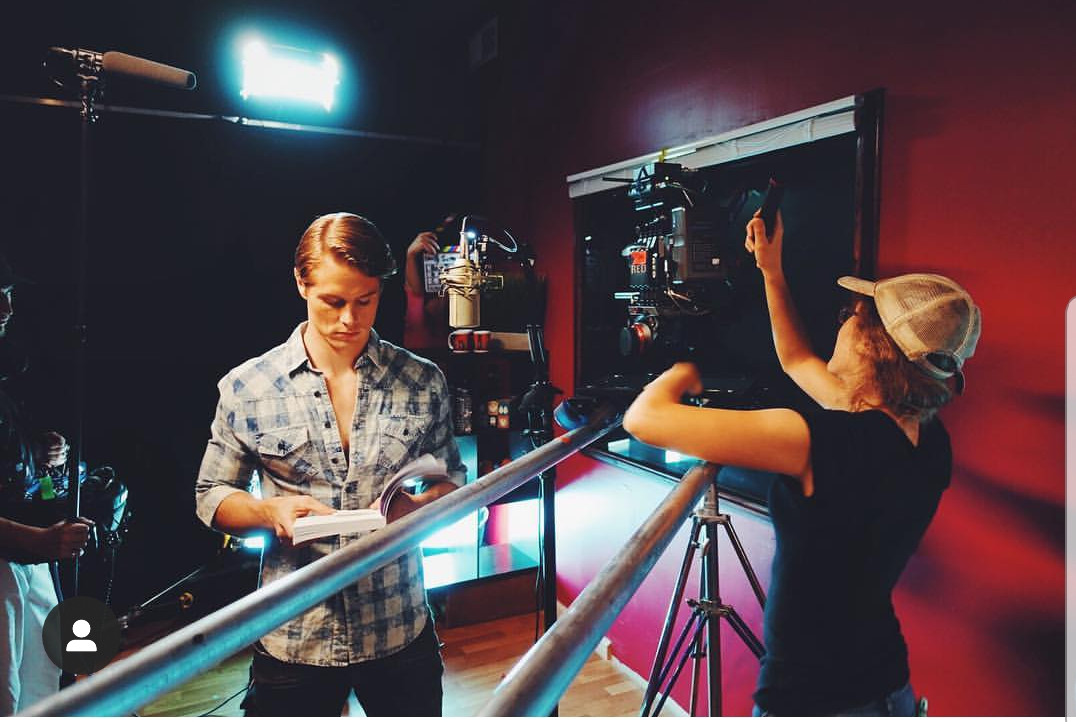 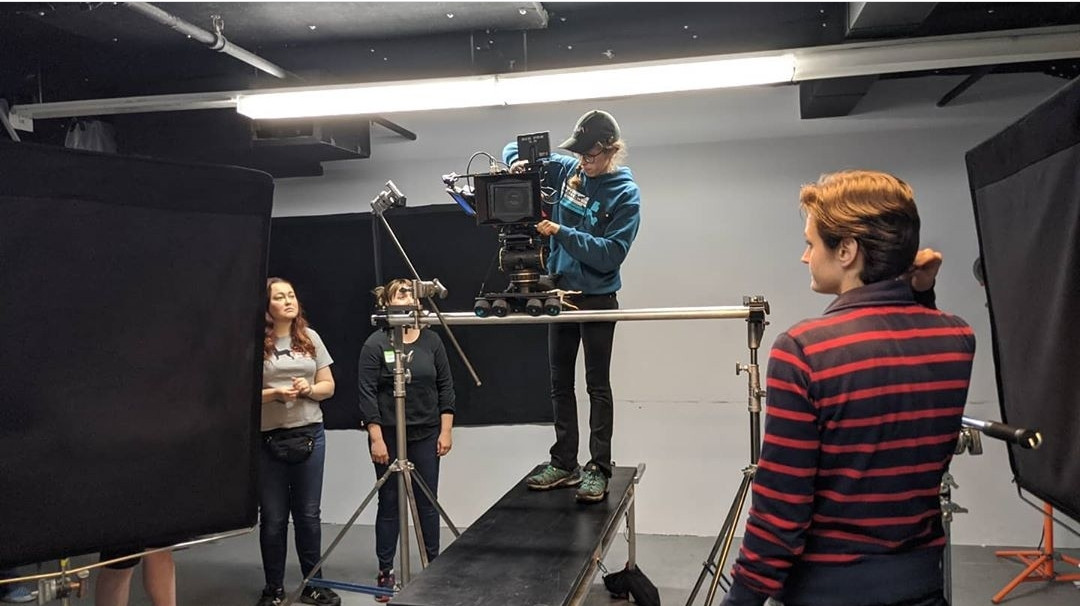 Alright, so let’s move onto what keeps you busy professionally?
After I graduated college and started dipping my toes into the professional film industry, I realized that my school taught me a great deal of film history and theory, but I was lacking in practical on set experience. I also moved out to LA with almost no connections in the film industry. With no where to go but up, I set out to get on as many sets as possible and learn everything I could about lighting from more experienced DP’s and Gaffers. I started off as a Camera Assistant, absorbing knowledge from every DP I had the pleasure of working with. At the same time, I had the privilege of working on quite a few AFI projects as a Grip and Electric. I learned more about how to light from those sets than I learned in 4 years of film school. Over time, I slowly built up a network of incredibly talented individuals who began to trust me to lens their own projects. It has taken years of perseverance and determination, but I finally am at the point in my career where I feel as though I can pick and choose which projects to shoot because I believe in the script or the director, rather than feeling obligated to take every offer that comes my way. To me, story is king and cinematography is there to enhance the story. Over the years, I’ve had the privilege of lending my eye to many incredible projects including “The Fix,” a story exploring a woman’s battle with body dysmorphia, to “Punch Drunk,” a deep look at how PTSD can stick with us long after the trauma is over.

Let’s say your best friend was visiting the area and you wanted to show them the best time ever. Where would you take them? Give us a little itinerary – say it was a week long trip, where would you eat, drink, visit, hang out, etc.
One of the things I love the most about Los Angeles is that there is always something new to do or see. I would definitely drive up the 1 to Malibu and go to the beach for the day. Followed by dinner at one of my favorite vegan places, VeStation. The next day we would go to the Getty Museum and take in the latest exhibit. Personally, I can spend an entire day just exploring a single museum. Of course, we would have to get sushi at Katsuya and then catch an IMAX movie at the Chinese Theater. The next morning would be a wonderful hike through Tree People, followed by a drive along Mullholland Blvd and lunch at Spitz. Then the afternoon at Universal Studios, can’t miss Hogsmeade and a good Butterbeer. Finally, I would take them to my favorite nerdy joint, Guildhall, to play some board games. 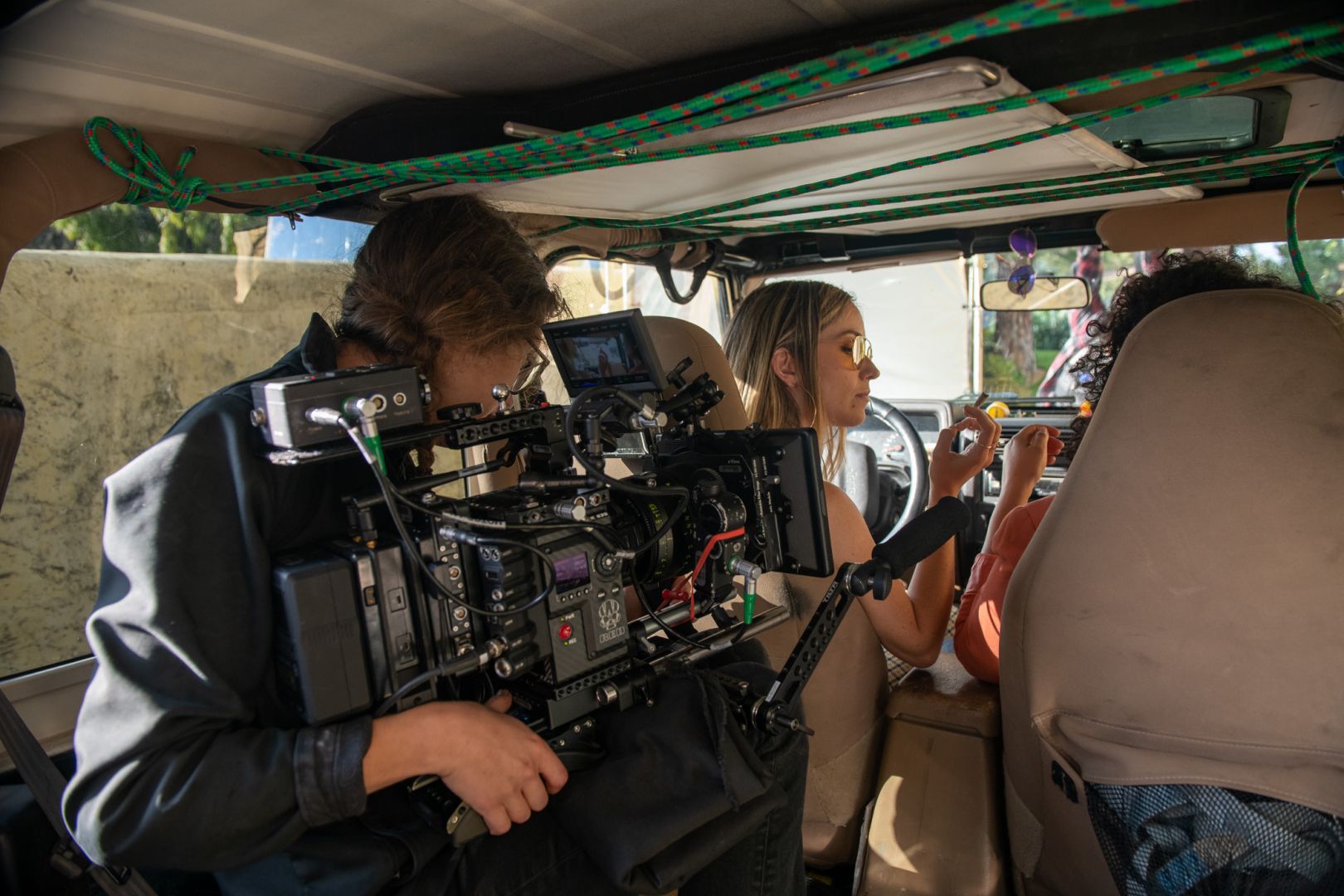 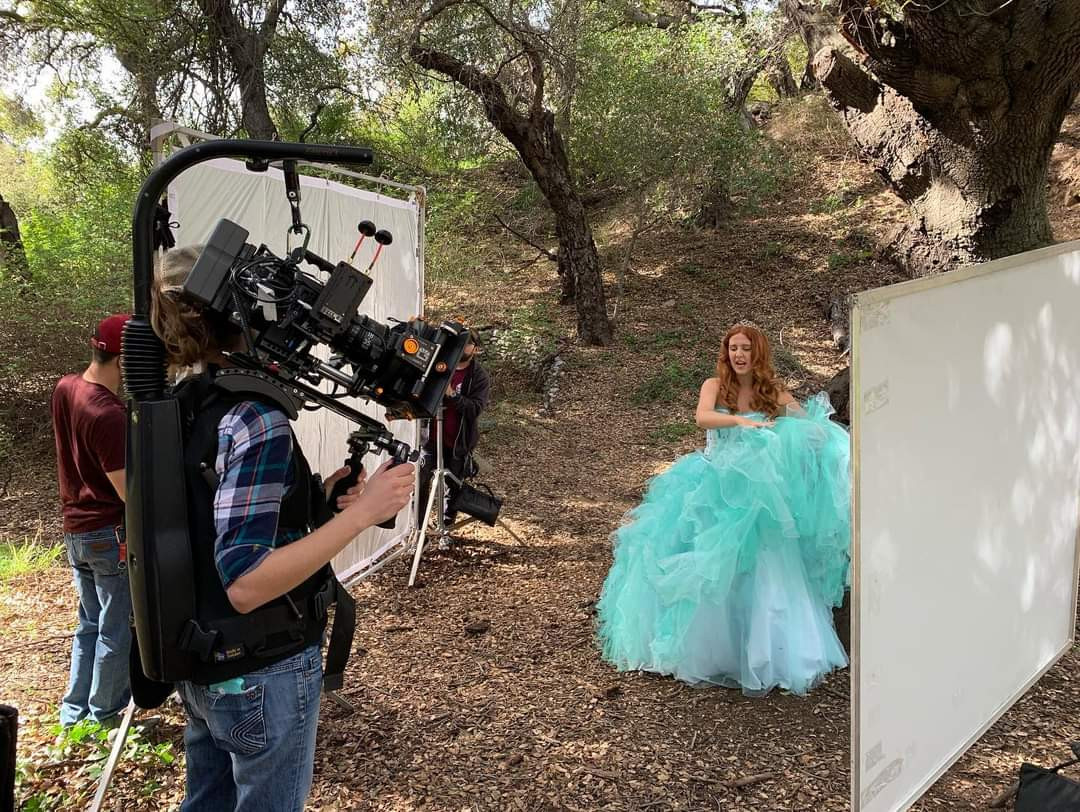 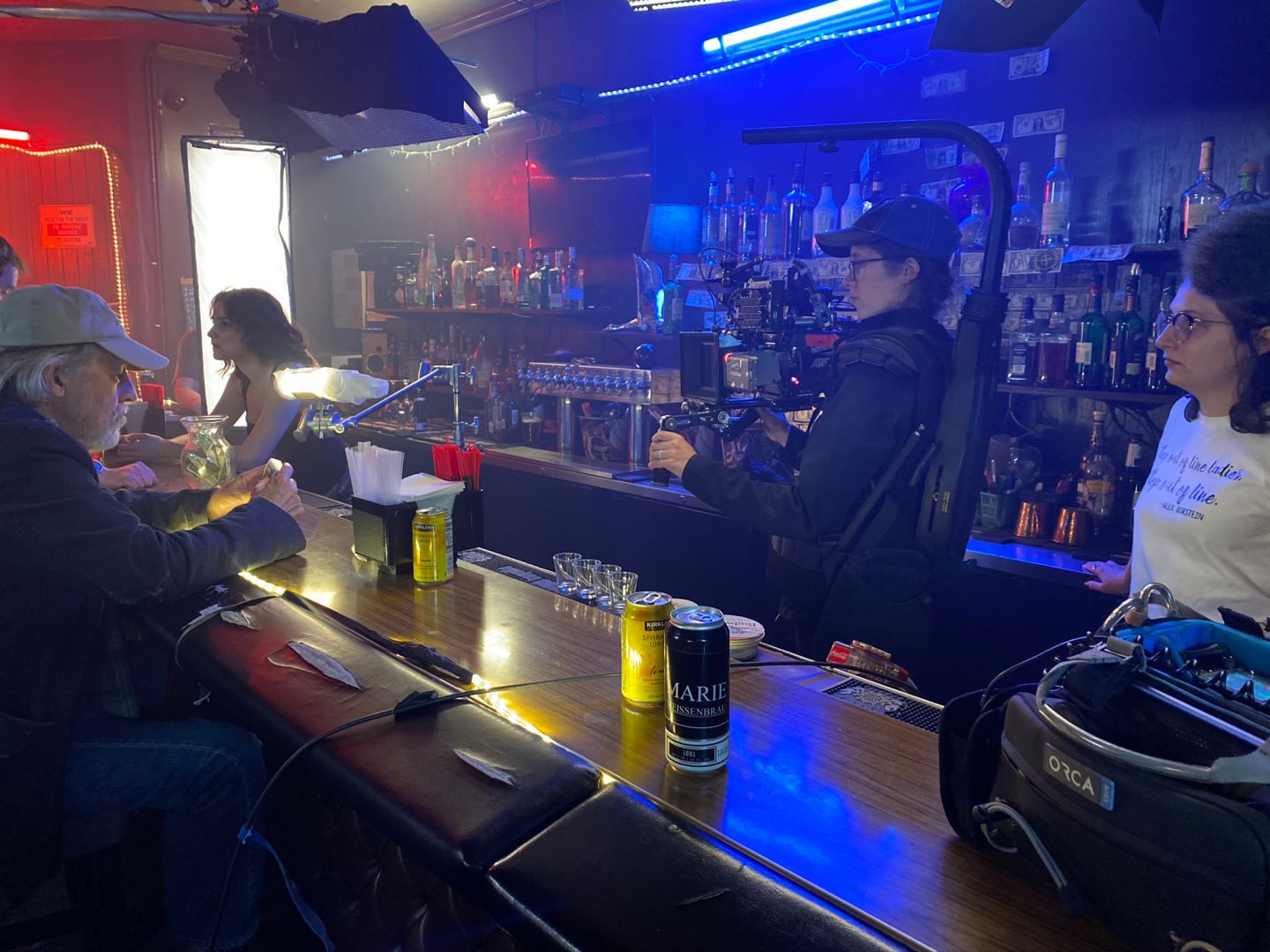 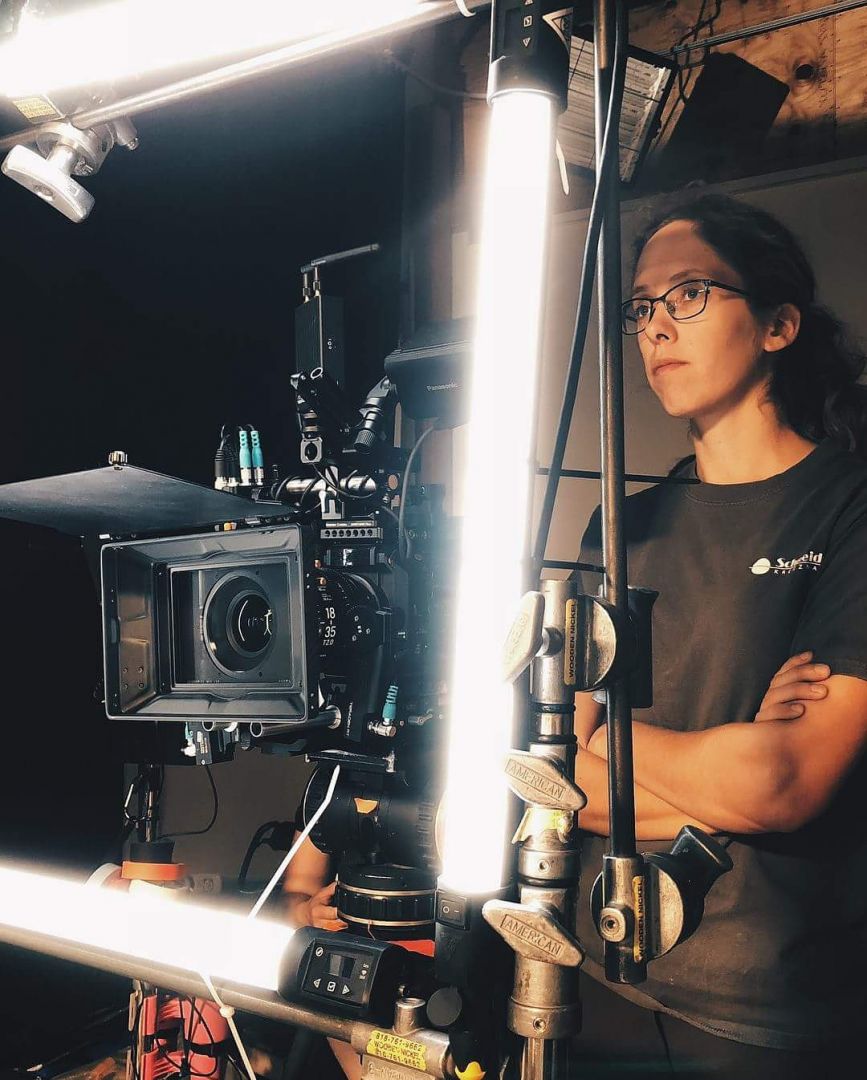 Shoutout is all about shouting out others who you feel deserve additional recognition and exposure. Who would you like to shoutout?
There are many people that have influenced me along my journey, from my high school photography teacher, Mr. Hickey, who introduced me to cinematography to my family who has encouraged this Montanan girl to follow her crazy dream to work in the film industry. My dad, Ron Scott, gave me my first 35mm camera at 13 and built a computer for me to practice animation on my free time in high school. My sister, Melissa Williams, who has been my rock for as long as I can remember. But I have to give a special shout out to the person that has been by my side since college, the one who is my biggest advocate, supporter and cheerleader, the one who encouraged me to follow my dreams and believed in me even when I didn’t believe in myself: My husband, Josh Glassman. Without whom, I never would have gotten as far as I have as a cinematographer.