We had the good fortune of connecting with Cécilia Tsan and we’ve shared our conversation below.

Hi Cécilia, why did you decide to pursue a creative path?
I was born in Versailles, France from Chinese parents. I became a musician because my parents were already musicians. They met at the Shanghai Conservatory, then studied in Rome and Paris. Even if I tragically lost my father when I was not even two month old, thanks to my mother, violinist and composer, I was immersed into music. Plus Yo-Yo Ma’s family was friends with her. I was playing a bit of piano and violin but after I heard him play the cello, it was so gorgeous that I begged my mother to get me a cello. A dear friend of the family, the priest who took care of my Dad’s funeral bought that cello for me. Then Yo-Yo’s Dad took me to his cello teacher. So for years, I had the same teacher as him until he left for America. After I graduated from high school at 16, I was so interested in academics that I initially did a double major in Philosophy and Chinese at the University of Paris. After I auditioned for one of the greatest professors of cello in the world, he asked me to take his master-classes in Siena, Italy. Being surrounded by beauty and and cellists from all around the world, I finally decided that I would get ready to prepare the competition to enter the Paris Conservatory. That year, there was only one opening. We were almost 170 candidates and I got the only position and four years later I won the 1st Prize by unanimous vote. And the rest is history. I have played all around the world and love playing the cello a little bit more every day. 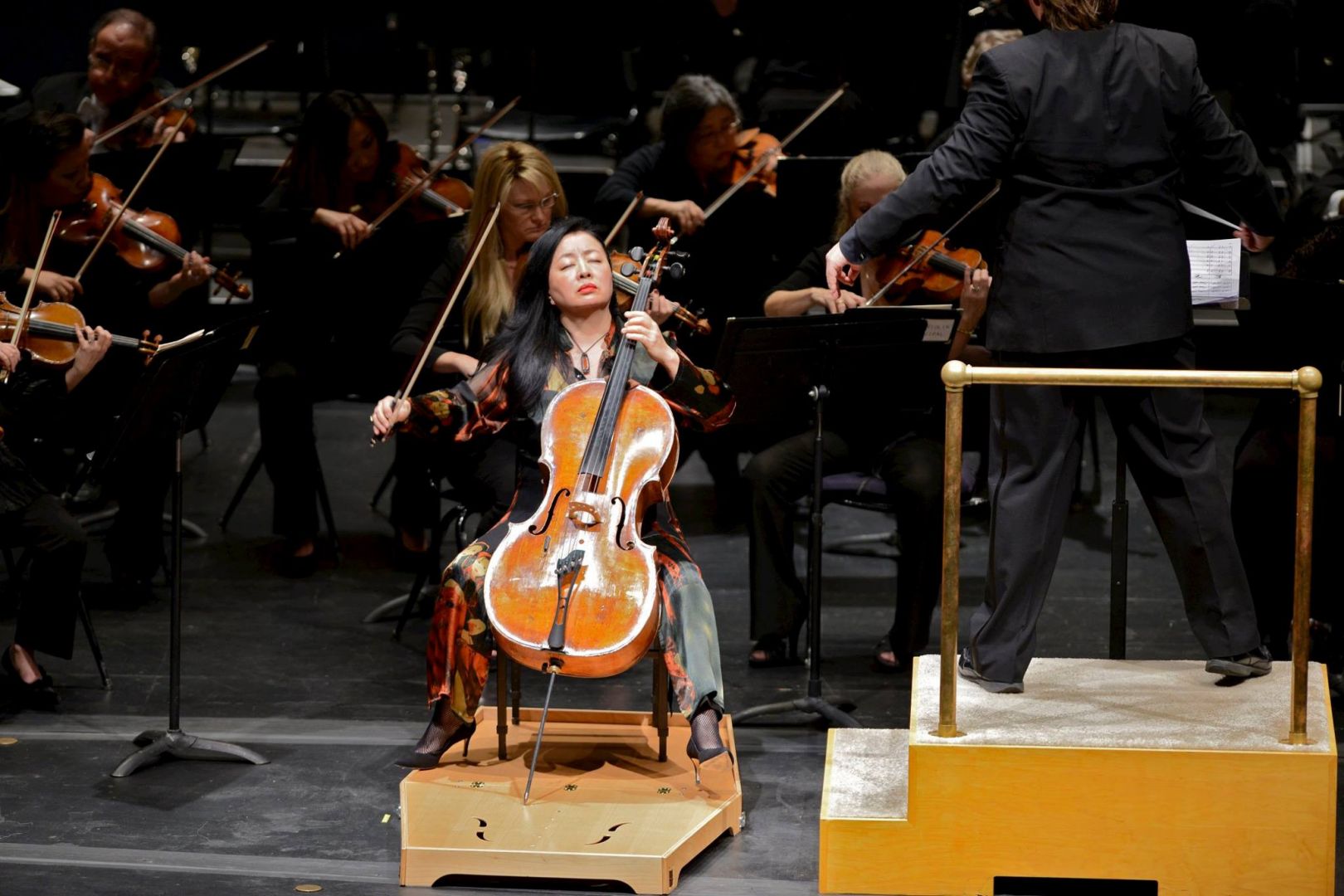 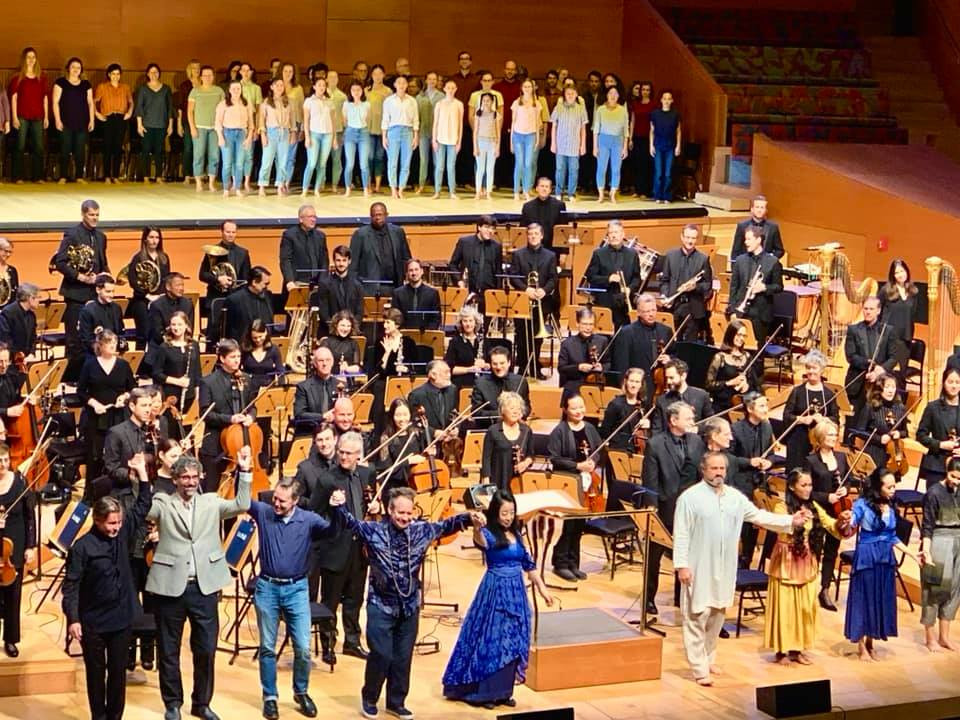 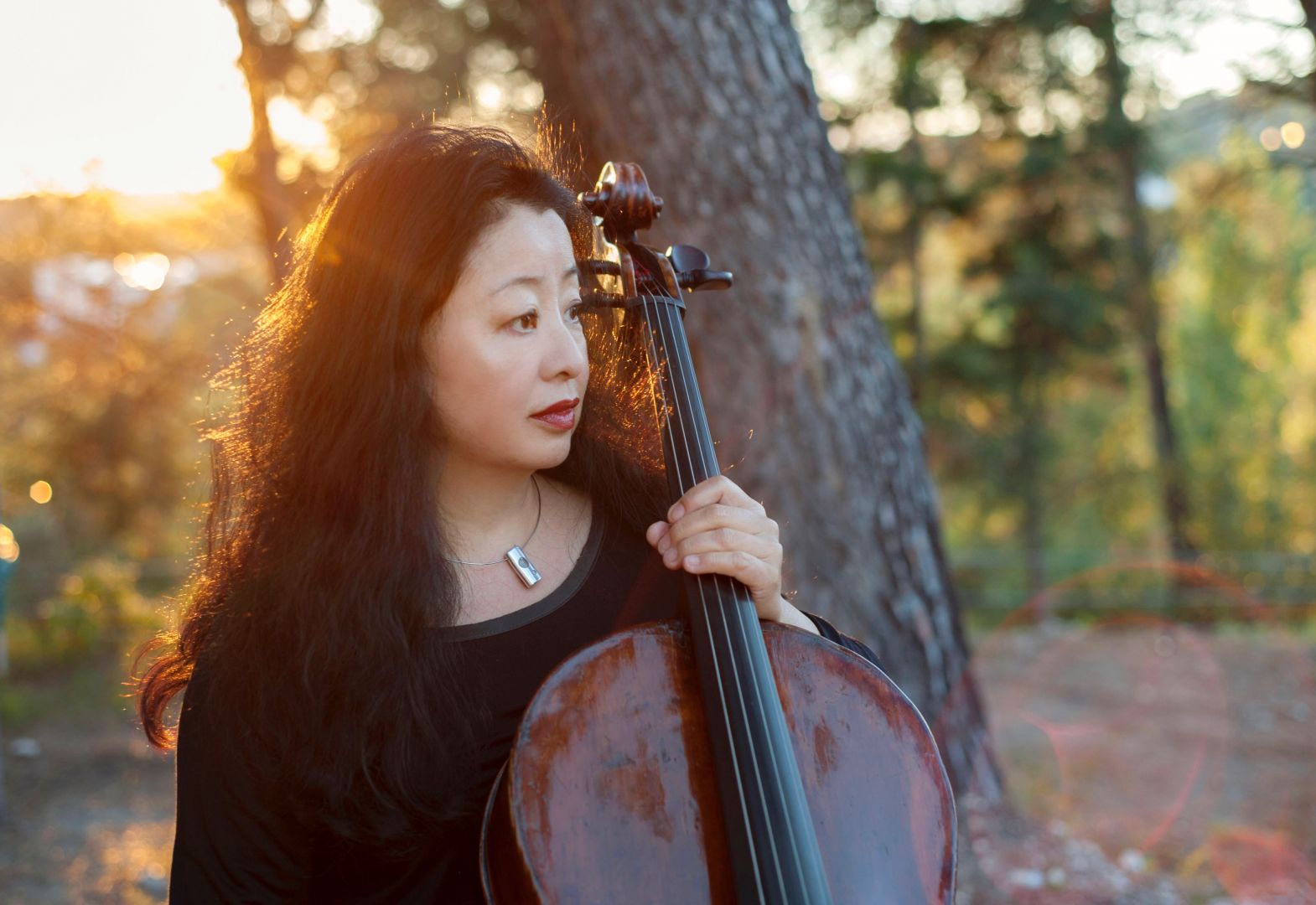 Alright, so let’s move onto what keeps you busy professionally?
Every day I wake up thinking that I am incredibly lucky to be a musician and to live from my passion. I fall in love with the cello again every single day. The sound of the cello resonates like the human voice and as a result, it can carry deep emotions that people can receive as gifts whether there are musicians or not, whether it is the first or the 100th concert they are attending.

Being born from Chinese parents in France and having studied (on a scholarship as we were so poor) at the top school for academics in Paris (they usually had 100% success at the “Baccalauréat”, last big exam at the end of high school), I always feel that I got the best from several worlds. Now living in Los Angeles since 1991 is another richness and I am so grateful for that.

After I graduated from high school, I was not planning on becoming a professional cellist. I was so interested in Literature, Languages and Philosophy. But, as I was saying in the introduction, studying with one of the greatest cellists in the world, André Navarra, made me decide to quit the two other majors (Philosophy and Chinese) to dedicate all my energy to music. I am so happy I did.

I got a 1st Prize at the Paris Conservatory by unanimous vote and after winning several International competitions, I got to play with amazing orchestras under world class conductors, in the most beautiful venues, I got to travel in many countries in Europe, America, South America, Asia. I met people from so many different cultures and played with artists from everywhere. Here are some of the artists with whom I was blessed to make music: Daniel Barenboim, Pierre Boulez, Seiji Ozawa, Carlo Maria Giulini, Stéphane Grapelli, Joan Baez, Barbra Streisand, John Williams, Prince, Lady Gaga and more recently Esa-Pekka Salonen, to name a few.

It was never easy but when you are on stage making music with the greatest musicians, sharing it with an audience and seeing their tears, the emotion created in those moments is irreplaceable.

After I arrived in Los Angeles, I played classical concerts; I am Principal Cello for the Long Beach Symphony and the L.A. Master Chorale. I also started recording in Hollywood Studios. I played on hundreds of movie soundtracks (Star Wars, Avatar, Xmen, Spiderman, Alice in Wonderland, etc….), albums for Natalie Cole, Prince, Beyonce, Lady Gaga, Michael Jackson. I also played Principal Cello for the Oscars, the Emmys, American Idols and America Got Talent, Dancing with the Stars. Combining all the various genres truly is a blessing.

There is also another different aspect of my career that I cherish: A few times in my life I was asked to be an actress on some of the the major Theater stages: in Paris at the Théâtre de l’Odéon where I had to play the cello and be an actress and here in a few instances when I had to do both also. The most memorable one was in 2019, when I was asked to be the narrator (in French and without cello) in Stravinsky Perséphone with the Los Angeles Philharmonic, Esa-Pekka Salonen, Peter Sellars and the L.A.Master Chorale. I will never forget those concerts and the fascinating time working as an actress with the genius Peter Sellars.

In 2017, I also had the amazing privilege to start a music series at the Mount Wilson Observatory and to become the Artistic Director. I brought incredible groups of chamber music and jazz, from the amazing L.A pool of musicians. We started from scratch wondering if it would work. Playing in direct contact with the Universe was magical for musicians and audience.This was a huge success and right before the pandemic hit, we sold out the last six concerts. We sure hope to resume as soon as the circumstances allow.

Yes, I had to fight to get there. I practice my cello every day, even late at night (at 2 or 3 am sometimes), if I work all day long. When you succeed, some people are envious, especially if you are a woman, but those silly issues make me smile and do not deter me from always being at the top of my game. I try not to ever disappoint the people who hire me to make music and bring joy to people’s ears, heart and soul. That is my mission.

I also want to play for those who are suffering. Music is incredibly powerful in soothing the pain. I was blessed to play several times for people about to die, including my own mother, and I am so grateful for that. The communion with the other person’s soul at that moment is just overwhelmingly touching. A few times, I could see on the heartbeat monitor that the sound of the cello brought peace.

We have been suffering from this terrible pandemic for more than a year. Hope is back with the vaccines, the tests and science being now respected. I firmly believe that music, arts and culture in general will be essential in the recovery. Let’s not forget that ,besides the economic aspect, the psychological and spiritual ones should not be forgotten. I will work on bringing peace and joy to the world through music and generosity. This is my goal.

Any places to eat or things to do that you can share with our readers? If they have a friend visiting town, what are some spots they could take them to?
I think I would first take a long walk on the beach, with all the birds surrounding you and then have dinner near the water whether it is at “Moonshadows” on the PCH or at “Shutters on the Beach” in Santa Monica. I would also walk in Venice, so picturesque. Chinatown is often a destination when friends or family are visiting and we always love to have a dumpling feast.

Downtown LA is definitely a must. I would definitely take them to beautiful Disney Hall to hear a concert, whether I play or not, to the Ahmanson Theater or the Dorothy Chandler Pavilion for Opera or Ballet, or Zipper Hall for chamber music. Vespaio, Terroni are amazing dining spots and we used to go to Kendall’s, a brasserie at the Music Center: all the musicians/artists would gather there after shows and it was always thrilling to celebrate. With the pandemic, I am afraid they did not survive. There are great jazz venues like Vitello’s or Vibrato where I heard amazing musicians play or where I performed myself. I still am sad that Charlie O’s closed a while ago: that was a tiny club in the Valley where you could hear some of the best jazz musicians in the world such as Peter Erskine or Chuck Berghoffer.

I must say that over the years, since I moved to Los Angeles, the level for gastronomy really went up, with cuisine from all over the world. I have my few Japanese restaurants Shibucho (which used to be open till 2am!) and K-Zo near my house, but the list is incredibly long. One French chef is definitely one of the best in LA: Laurent Quenioux, an artist, whom I have followed in his various endeavors for years. 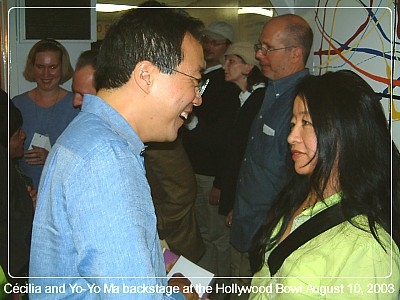 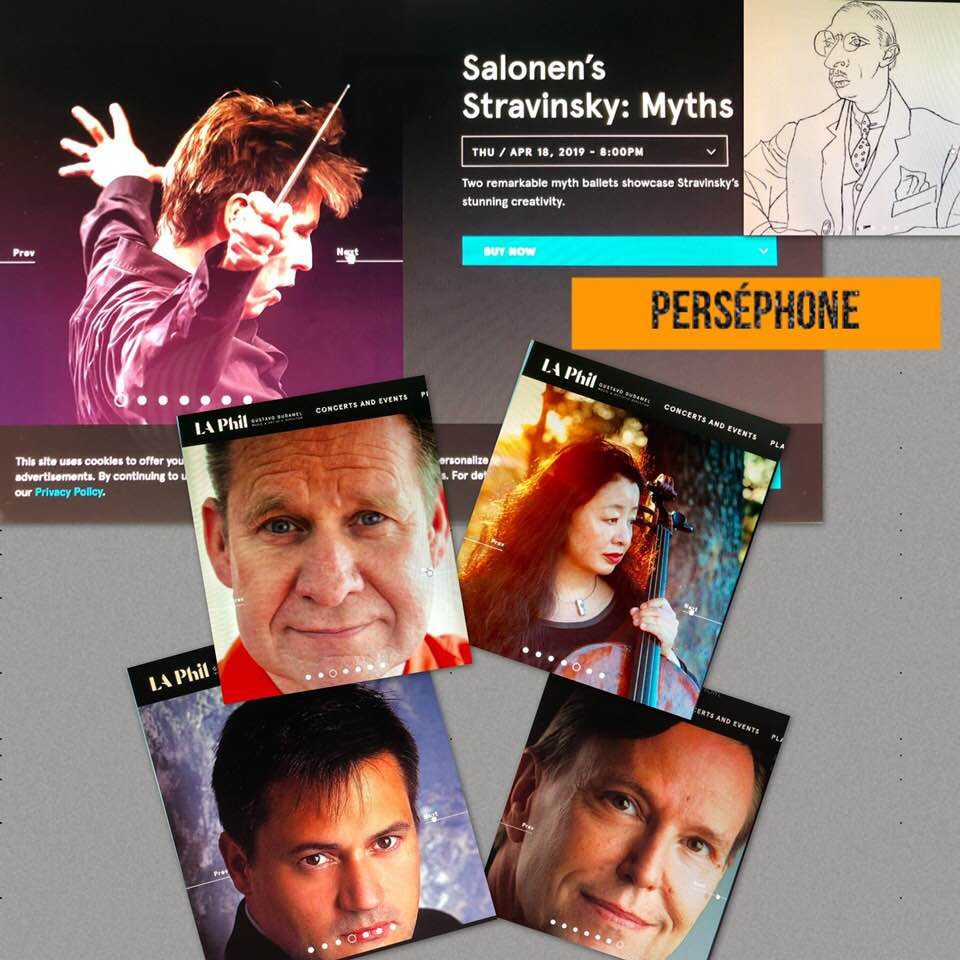 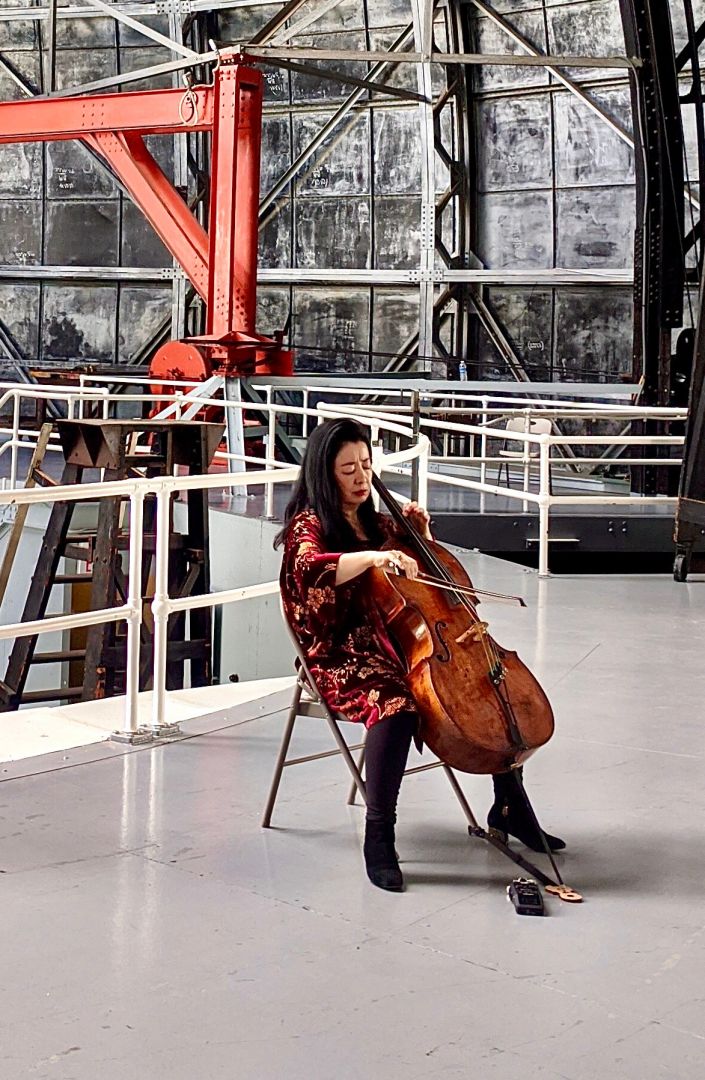 Shoutout is all about shouting out others who you feel deserve additional recognition and exposure. Who would you like to shoutout?
I would like to dedicate this shoutout to my mother who really fought to give me the best education possible (academics and music), to my father, who died when I was a baby and whom I have missed forever, to my daughter Clara, who has inspired me since she was born and to my grandchildren Antoine and Leelou, also into music, passionately.

Also many thanks to the great André Navarra, my teacher at the Paris Conservatory and in Siena: his dedication, patience and generosity with me, his incredible pedagogy got me where I am now.

My childhood friend, the genius Yo-Yo Ma has been loyal in his friendship since we were young kids in Paris. He not only is one of the greatest artists in the world but one of the most generous and pure human beings I know. Being who he is with zero ego and a heart of gold is totally unique.

The great writer, French Chinese, François Cheng, the only French Academician of Asian background, was a friend of my parents. His books truly are luminous, deep, enlightening: a gift to mankind. He is like a lighthouse in the darkness.