We had the good fortune of connecting with Celeste Drake and we’ve shared our conversation below.

Hi Celeste, we’d love to hear about how you approach risk and risk-taking.
I started photography during my high school career, where I happened upon the only photography class my school was offering. I thought photography might be interesting to me because, at the time, I was modeling for a photography brand and I always found myself wanting to understand the camera. I would wonder how it worked, how it was capturing the light around us. Once I started this class, I quickly realized the craft was one I had to continue pursuing. I took one photograph that I was incredibly proud of. I had learned a new technique. I made a long exposure photo where I had the model use a lighter to draw in the air as I shot. The model was sitting cross legged, the background dark behind him. He drew a heart in the air, which was lit up with fire. I called it, Heart on Fire. Of course, this is a concept we all know very well now. But since it was my first time succeeding, I felt exceptionally proud of myself and have cherished the photo since. When I began applying to colleges I always made sure they offered a photography program. If I could make photography my source of income, I would be forever content. I was accepted into a photography program in L.A. county. After 2 years of formal training, I began shooting professionally. I would shoot a graduation shoot for someone, a birthday shoot for another person; really just little things here and there. Although it took me years to gain the confidence to start and to visualize and build the aspects of this, I now own a company called Celeste Drake Photography.

This company, although it required risk to begin, is not where the true risk in my life took place. It is more of a physical risk. As you can see I was very lucky and privileged to have found my path so smoothly when it came to commercial photography. Where true risk comes into play is with a stronger passion for documenting injustices. I’ve had an interest in social issues since before I can remember. With photography being my craft, I wanted to merge the two. Over the past two years I have been working with women who have undergone sexual assault, battery or rape. This is a topic I particularly feel compelled to illustrate, as I have experienced these things myself. To sit and listen to a woman who has experienced deep trauma is painful, yet it allows for solidarity and calmness. However, in May of 2020 the large-scale protests began in L.A. I immediately felt drawn to document what was clearly history being made. Of course I was terrified, as this was my first time putting myself in this vulnerable state, where I knew there would be rubber bullets flying, tear gas canisters thrown and violent police arrests. As I quickly learned, police officers were not typically kind to anyone documenting or when protestors were becoming threatening in the eyes of the force. My first night on the job, demonstrators engulfed the 110 freeway in downtown L.A. Of course I felt frightened and as though my life was in danger, but I felt a sense of belonging in the work I was doing with my camera. There were times throughout that night that I felt trapped. At other times I was forced to run. I was constantly mistaken for a protestor and for this reason I felt a rubber bullet graze my leg. At another point in the night I was grouped in with a mass of protestors; we were being “kettled” for a mass arrest. I saw a cloud of tear gas coming towards me. Before I was finally released from this kettle, it had almost not mattered how many times I explained my position as an independent photojournalist. This was one of the most intense nights of my life.

As the summer went on, I received an official press pass from the Freelance Journalist Union, of which I am now a member. Another day on the job, I witnessed a brutal arrest of a young woman. Seeing this brought me back to the stories of the women I’ve interviewed and worked with in regards to rape and sexual assault. This woman will have this memory forever. It will be a part of who she becomes. Officers threw her to the asphalt, face down. As two of these officers pinned her to the ground and dug their knees into her legs, others guarded the scene with rubber bullet guns. A woman behind a few officers screams, “That’s my cousin! What are you doing to her? She didn’t do anything wrong!” When the young woman was finally pulled up by her restrained arms, blood oozed from her nose. The rest of her face was filthy from the heavily used downtown street. After about an hour of what felt like torture for this woman, she was finally put into an ambulance. Although I never saw the ambulance leave for the hospital, as the authorities continued to discuss.

As a professional who needs to be where the action is taking place during a protest, I often put myself in dangerous situations. I rarely do this in life, having been forced into unwanted occurrences too many times myself. But I just felt my calling this past summer, to get up and contribute in the way I know how. Without these many experiences these past months, I wouldn’t be the person I am now. I could not be more content today to pursue a life as not only a commercial photographer, but as a photojournalist and documentary photographer. 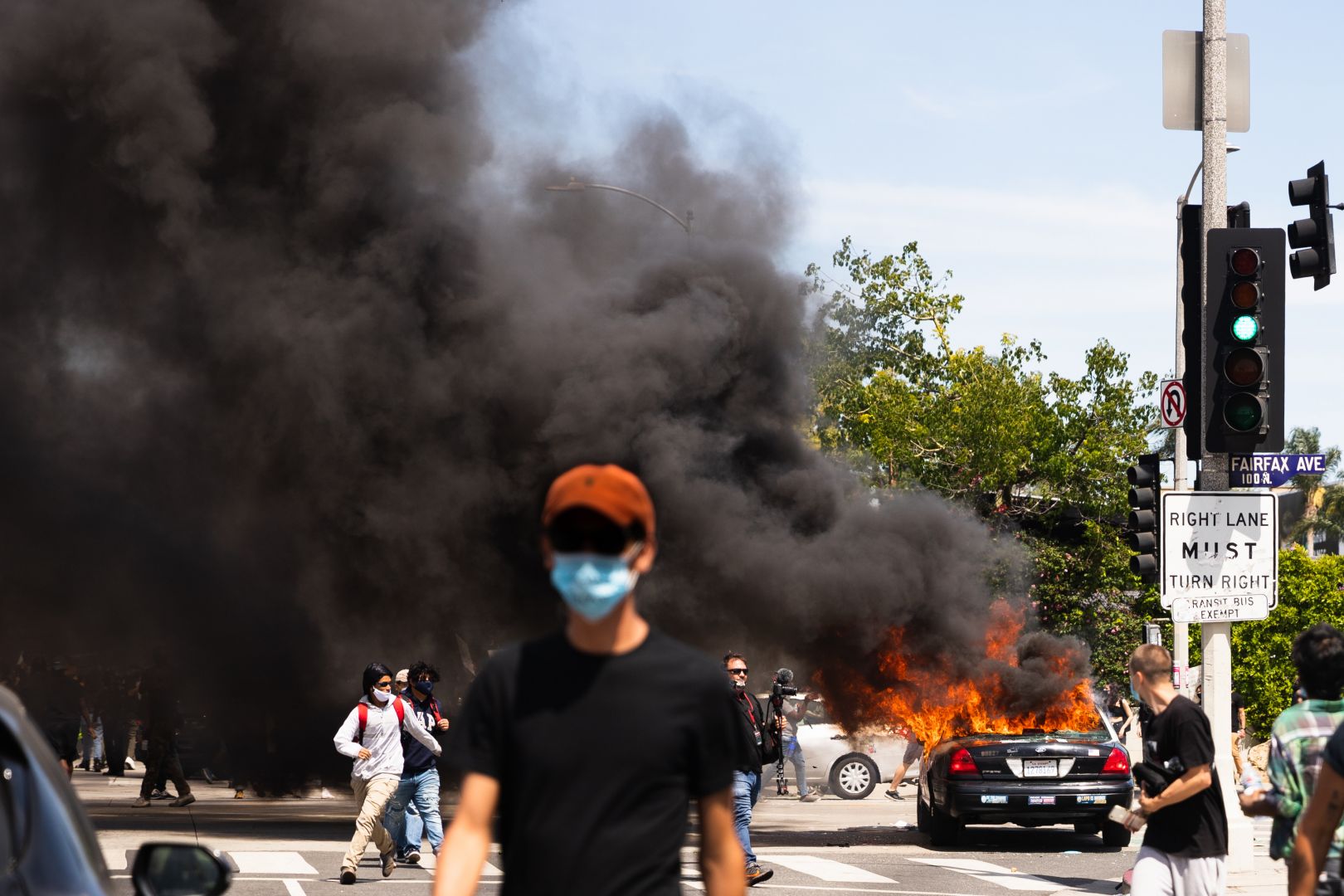 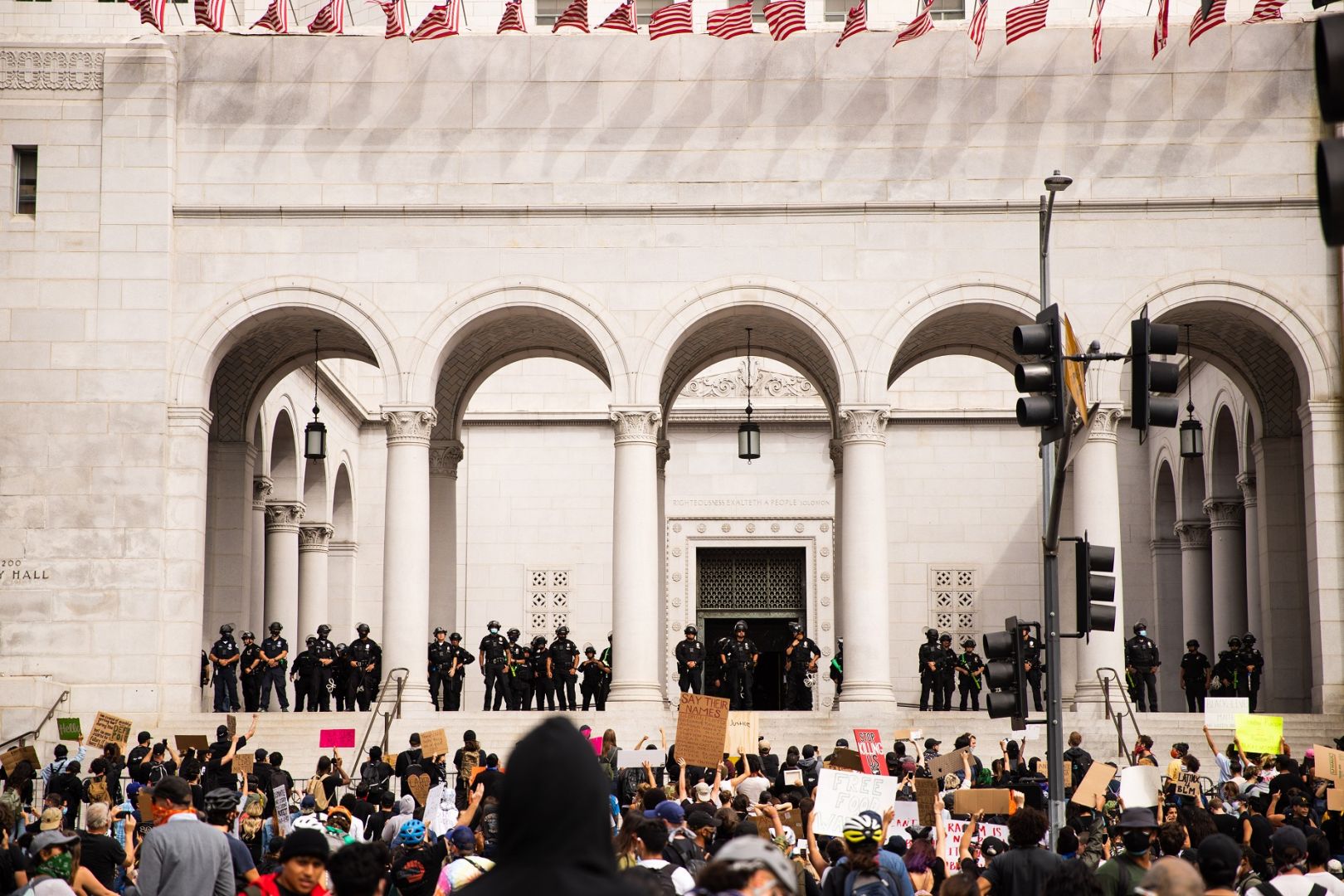 Let’s talk shop? Tell us more about your career, what can you share with our community?
I’ve recently built a website for my photojournalism and documentary photography. Its first section displays work on the war in the country of Artsakh, which some refer to as the Armenian Genocide of 2020. It showcases a gallery of photography and videography depicting the diaspora efforts around the world. This gallery is titled Armenian Genocide 2020: The Diaspora Protests. It is curated by me. This section also displays my own photography work on Armenian protests in Los Angeles, as well as an in-depth interview with one of these demonstrators. Because this was my first official release on my new website, I am elated to share it with viewers. In regards to my journey here, please refer to my answer above on risk taking. 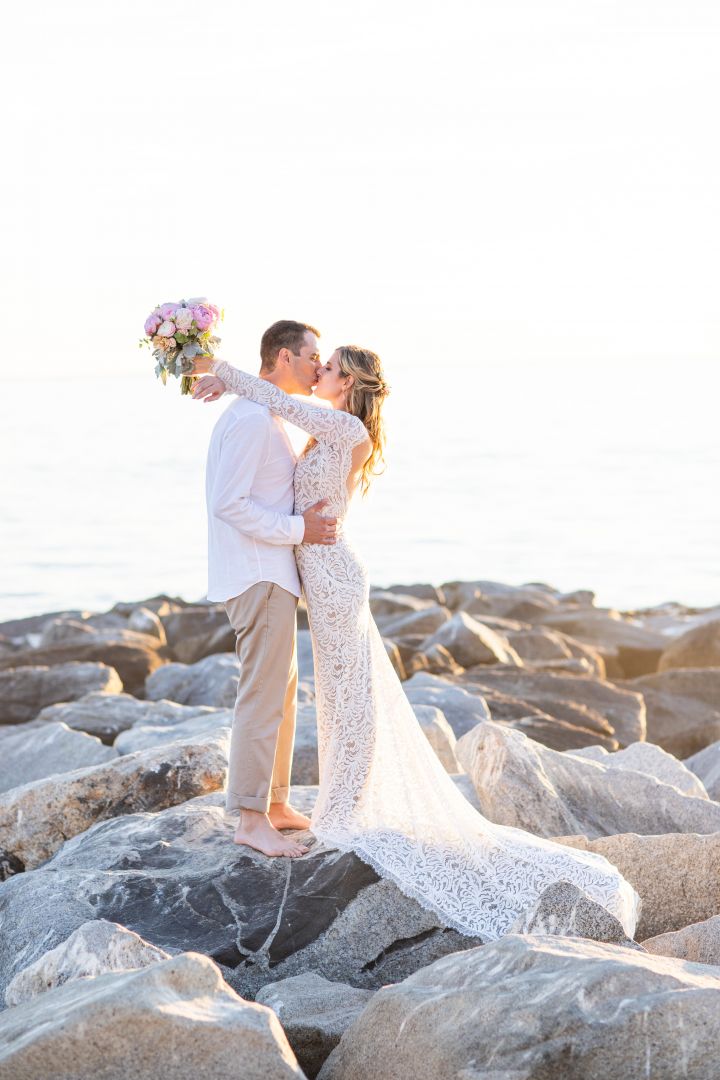 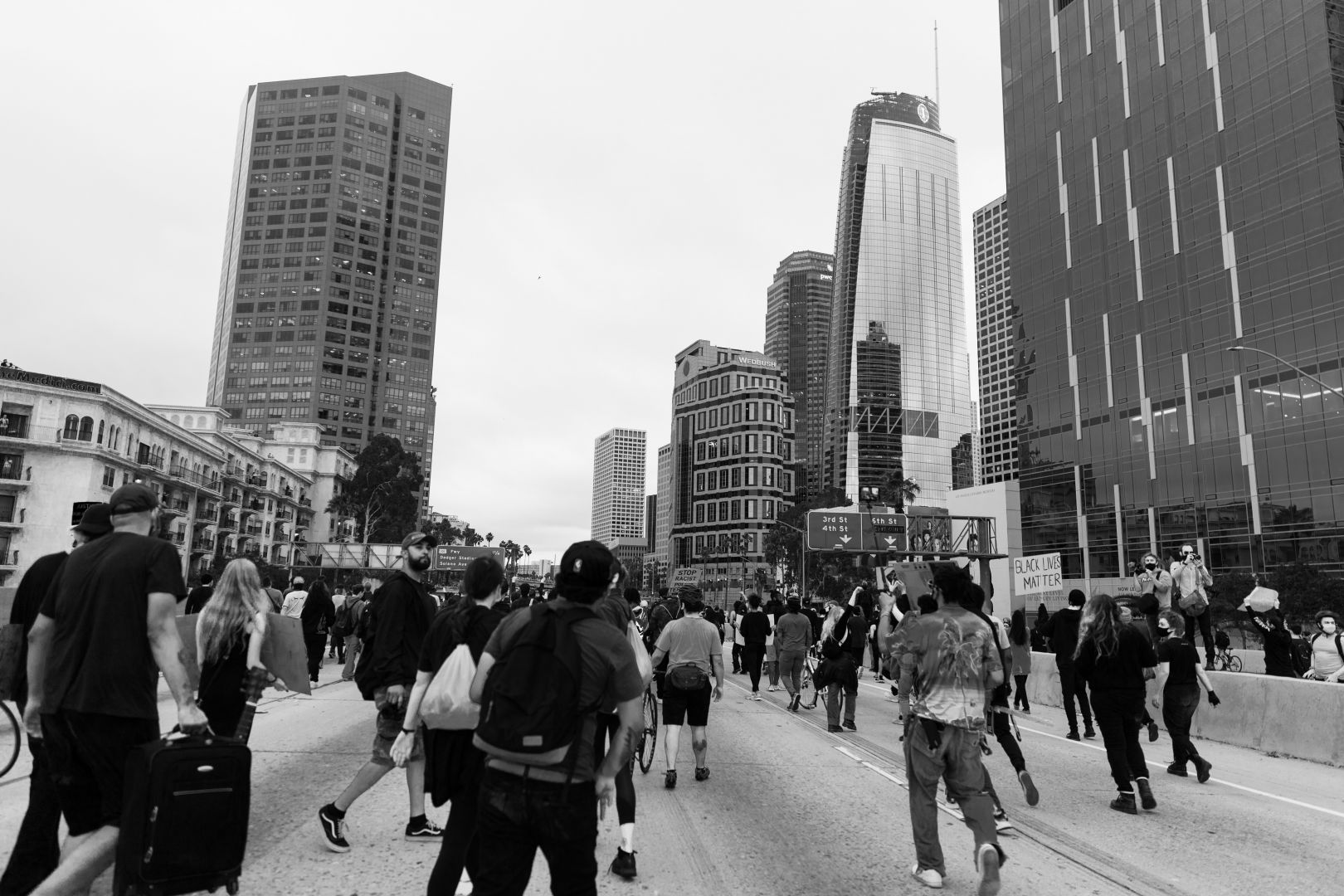 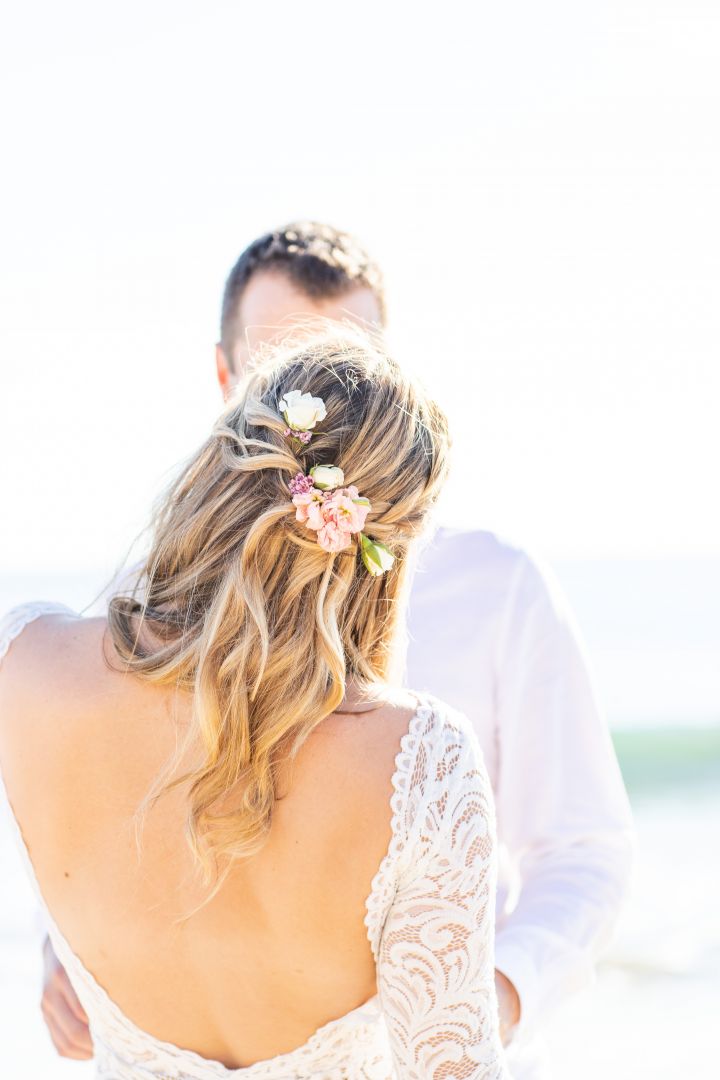 If you had a friend visiting you, what are some of the local spots you’d want to take them around to?
Honestly, I’m a Harry Potter nerd and my best friends know that. So we’d of course go to all the underground “Harry Potter themed workshops,” pandemic aside of course. Sometimes these include potion making, a house party feeling with bands and “butterbeer,” it depends on the creator of the event! But we’d also eat at all the best vegan spots, including Gegen, Doomie’s Home Cookin’ and Blazin’ Burgers; basically all the fast food L.A. has to offer. We’d do a lot of exploring, probably through the very interesting app Randonautica, as well; Maybe stay at a few Airbnb’s. It would be just a chill, refreshing week. 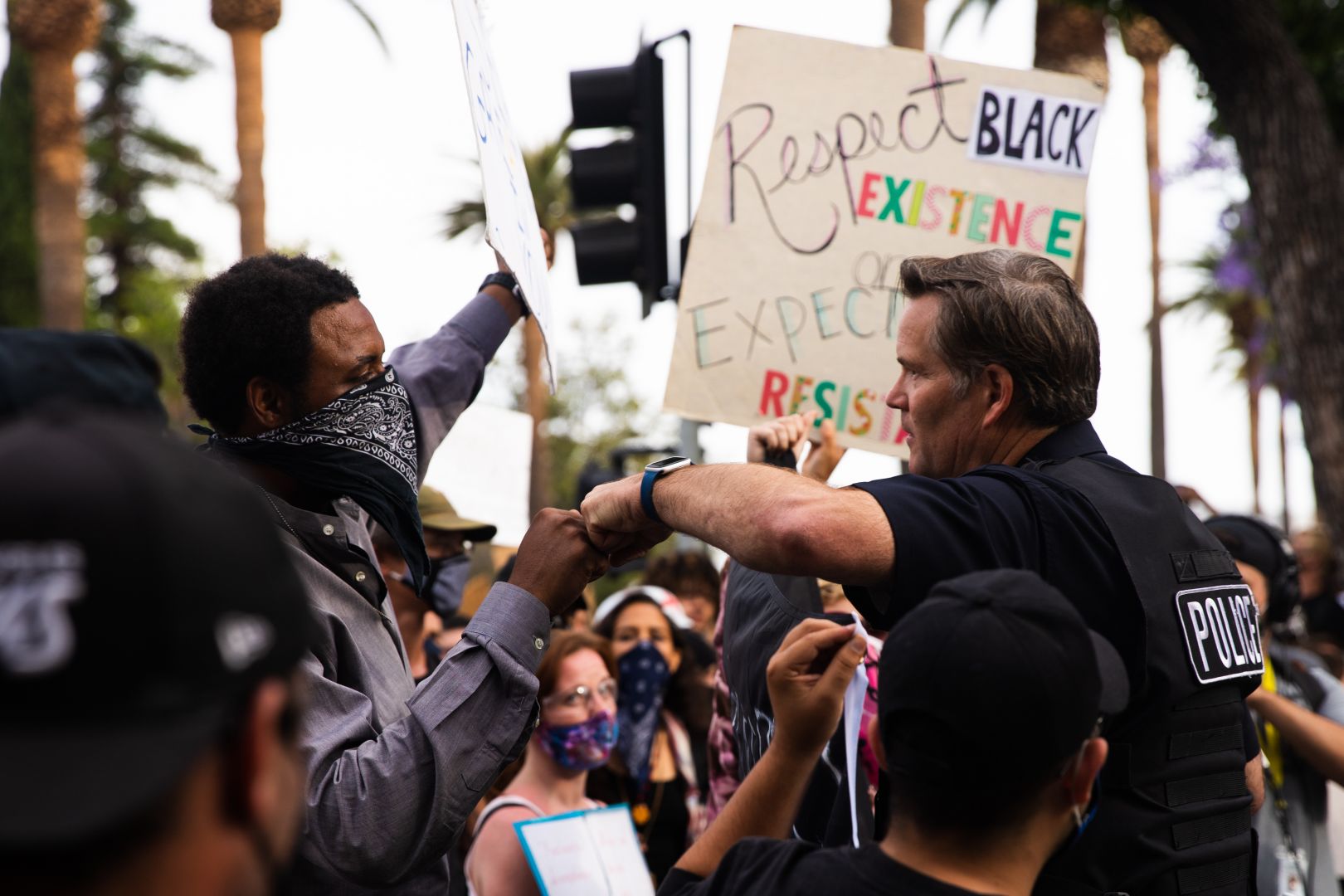 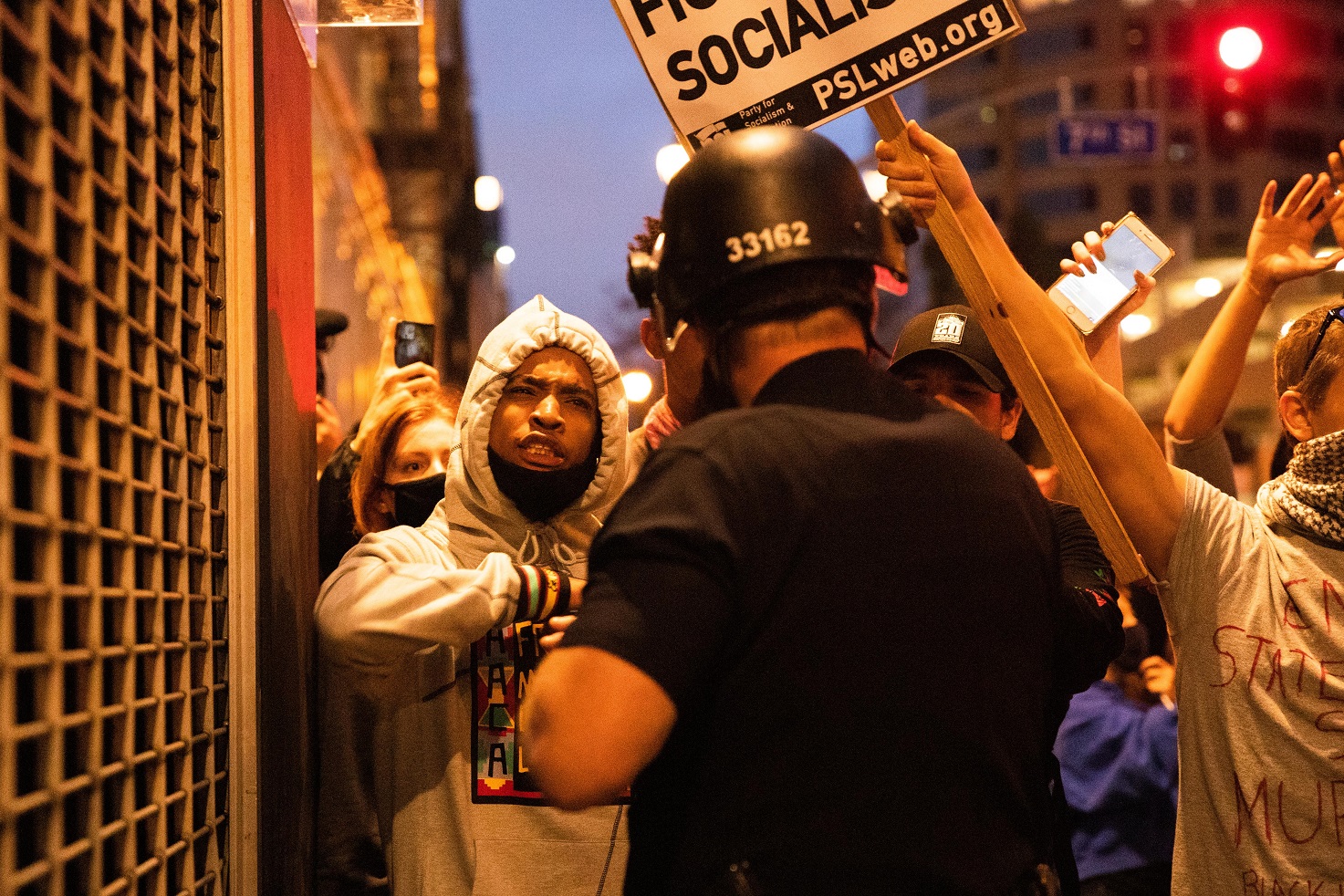 Who else deserves some credit and recognition?
Camille Villanueva: My first photography teacher. Without her, I don’t feel I would have fallen for photography as hard as I did.

Benjamin Camacho: He was by my side during my documentation of the protests. He helped me with buying essential equipment, such as a gas mask, goggles, etc. He’s always driven me to push myself and inspires me everyday. Not to mention he nominated me for this article.

Paulina Wartman: She’s always been incredibly supportive when it comes to my work. She is extremely loyal.

Caitlin Wing: She was probably the very first person to allow my interest in photography to grow. I modeled for her often and her photography work constantly inspired me. She helped my dad, who is no longer with us, buy me my first camera as a child. She truly showed me my path.

Freelance Journalist Union: This union gave me a press badge when I needed it most. They’ve been nothing but helpful. I am a lifetime member.

The University of La Verne Photography Department: This photography department gave me the formal training I needed, along with professors that I will forever cherish my time with.