We had the good fortune of connecting with CharisReese Jones and we’ve shared our conversation below.

Hi CharisReese, we’d love to start by asking you about lessons learned. Is there a lesson you can share with us?
In life, there will be highs and lows, your success is contingent upon how you use each experience to learn, grow and become impactful. This started for me as a baby, after birthing complications, it was stated that I would not be able to speak, let alone sing, as the umbilical cord was wrapped so tightly around my neck causing breathing damage, resulting in having a deviated septum. Yet, my parents never gave up on their belief that this would miraculously change for me, and one day, around the age of 5, I started to sing. It took longer for me to read, but I was determined that one day I would get better and faster, and now, I have a degree in not only English, but a Bachelor of Science in Psychology and Chemistry, along with a Master’s in Public Health. At the age of 12, I was diagnosed with an Enlarged Heart (Hypertrophic Cardiomyopathy), and was told I could never play organized sports, yet I am able to get on stage and perform. I experienced the catastrophic effects of Hurricane Katrina, while in Undergrad at Xavier University of Louisiana, but I was the first person in my graduate program to create awareness surrounding the importance of first responder and mental health services following a natural disaster. Simultaneously, during my grad school days, I started working on my first album, “Introducing Miss Jones,” with a friend in Philly, who attended an open-mic night at my school. It took a span of five years for me to finish the recordings that we started in his mother’s basement. Yet, at age 28, I resigned from being a Director of Development, because I realized that my life would remain unfulfilled unless, I stop running away from my gift and just simply drop the album. At that moment, my grandmother had just passed away, she was my biggest champion, and I felt so empty from grief, that pursuing my dreams of music was literally the only thing that saved my life. I did not necessarily have all the answers or desired support, but I was driven, and I knew that I had to think outside of myself, and consider all the little girls that were told they could not do something, albeit, medically, academically or even talent-wise, and just take the risk, and have an Unstoppable attitude towards my musical and artistic career. 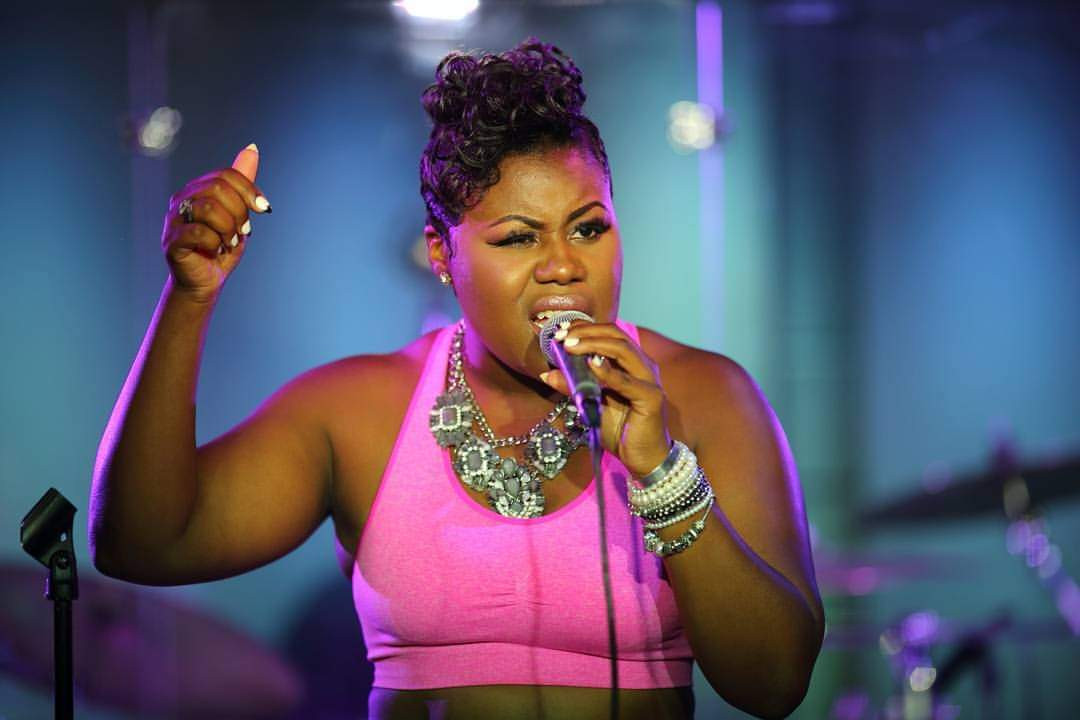 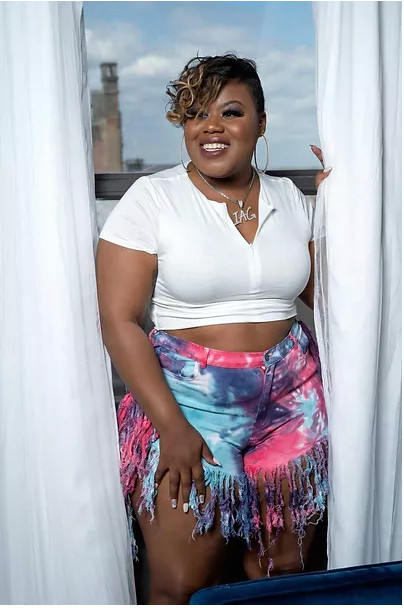 Can you open up a bit about your work and career? We’re big fans and we’d love for our community to learn more about your work.
My artistry stems from my life experiences, relationships, love of music, belief in God, and desire to support other indie artists, while being authentic to who I truly am as a person, artist and lover. What makes me most proud, is that I sought to become a better me, and even when I wanted to give up or when I felt I was inadequate, I kept moving. I used to compare myself to other artists that seemed to garner more swift attention or support, and would wonder why things did not work out in the manner that I had hoped for them too. Yet, I had to realize that my gift and my path are unique, and that everything that is intended for me, will happen on God’s time. And during those low seasons, I should recalibrate and determine my why, and then begin to work on my craft. I have always been surrounded by music, my godfather – Donald Vails was a huge gospel choral director, and through him, I was groomed in church to sing, and had the pleasure of recording with and singing for well-accomplished singers. Yet, I never wanted to be in a compromising situation, meaning I did not want to be pigeon held only to singing Gospel music, as I have a love, for not only R&B, but Jazz, Funk and Neo-Soul music. I wanted to create my own sound, and it took me leaving home to hone my skills and find my path. My mentor, Denise King, conveyed to me that singing in clubs is great, but having your own product is more important. She single-handedly encouraged me to make my own CD, and I entitled it “Introducing Miss Jones.” I attempted for many years following grad school to work, and use my education as a back-up plan, should music not fully pan out, but I discovered; I was drowning and completely unhappy. Once my grandmother passed, I was just completely lost, and I was overworked and underpaid, but more importantly, I was unfulfilled, because I was not pursuing my purpose, which was to sing, create and inspire. This was not easy, but it was mentally freeing, and reminded me of the importance of pursuing your dreams, and that life is short. Soon after, the album was released, a weight was lifted, and I felt rejuvenated, yet I had adult responsibilities, such as a mortgage, car note, and so I began to find contracting positions to continue to support my musical career. I secretly hated it, but I knew I had to work to ensure I could take other leaps of faith. I acquired my dream job with Homeland Security, where the pay was amazing, the work was invigorating, but it only lasted for 8 months. Yet, during that time, I had my first few songs spun on Sirius XM Heart and Soul, I created the Independent Artist Goals Radio Show, where I spotlighted and supported other artists, so they would have a platform to share and showcase their artistry. Additionally, I had my first television appearance as Charis Jones, the artist, and had my first sold out shows at Blues Alley in DC and at WarmDaddy’s in Philly. Yet, I still felt like something was missing. That job ended, and then I was recruited to be an adjunct professor, while, simultaneously, I became a high school special education English teacher. If anyone is a teacher, they know how rewarding but draining it can be to do it. Yet, I loved it, well, I loved mentoring and teaching my students, I hated lesson plans. lol. But, during those times, I was inspired by my students, and being born in Washington, DC and raised in Prince George’s County, Maryland, I wanted to do some GoGo music. And, Ella Mai’s hit song “Boo’d Up” came out, and I found myself singing it everywhere and all the time, and therefore, I decided to make the Boo’d Up GoGo Remix in 2018. This was the start of the GoGo remix momentum and love. This song did so well, but everything was grassroots, I would spend hours on Instagram, researching DJs and Radio Personalities, to share the song with them. I used social media as a tool to share my music, and it worked. Boo’d up was the song that transcended beyond the DMV, and afforded me the opportunity to be heard vocally by folks, who ordinarily would not listen to GoGo music. However, I still felt empty, I wanted to grow, and after 11 years, I decided to return to school on a full scholarship at the Los Angeles College of Music for vocal performance. Seriously, this move was life-changing, as I was grateful for the success I had obtained, but I wanted to better my craft. So, I resigned from the security blanket, and took the risk to further explore my dreams, and in less than 2 weeks, I will be finished with this program, and release in 2023 my sophomore album, Unstoppable! The moral of this story is that it is never too late to pursue your dreams, as you never want to be in a position; where you say your “woulda, shoulda, couldas.” As exciting as the move was from DC to LA, it was scary, I was challenged heavily, mentally and emotionally during my matriculation within this program. Yet, I grew so much, my confidence became more substantial, my knowledge of music expanded, my gifts were improved, and the story continues. I can now identify my sound, which is flat-footed singing, feel good music, that is honest. My sound is a combination of RnB, Neo-Soul, Funk and Gospel.  I am more certain of my musical and entrepreneurial trajectory, and I am more open to possibilities, and dreaming big. Everything is possible. 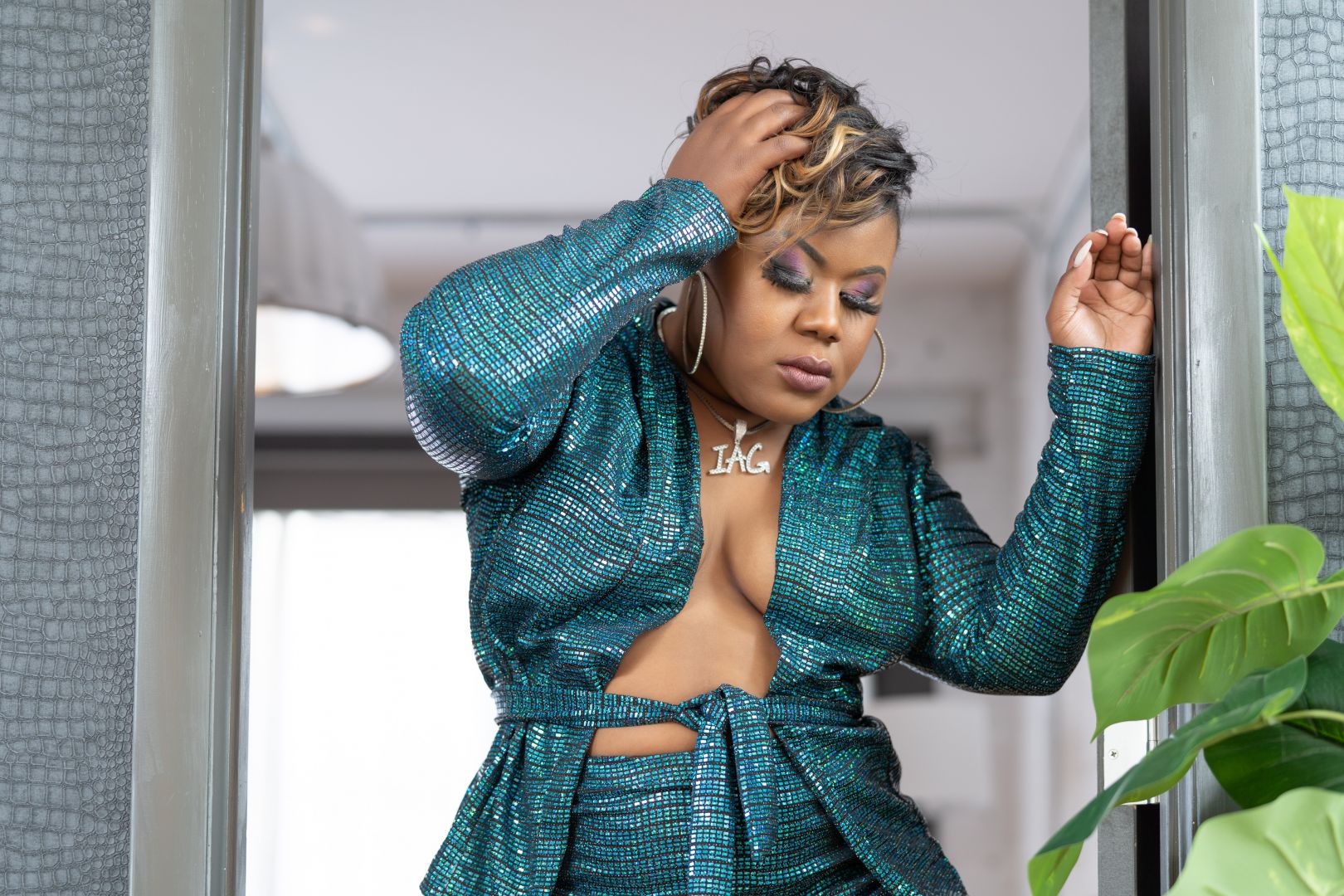 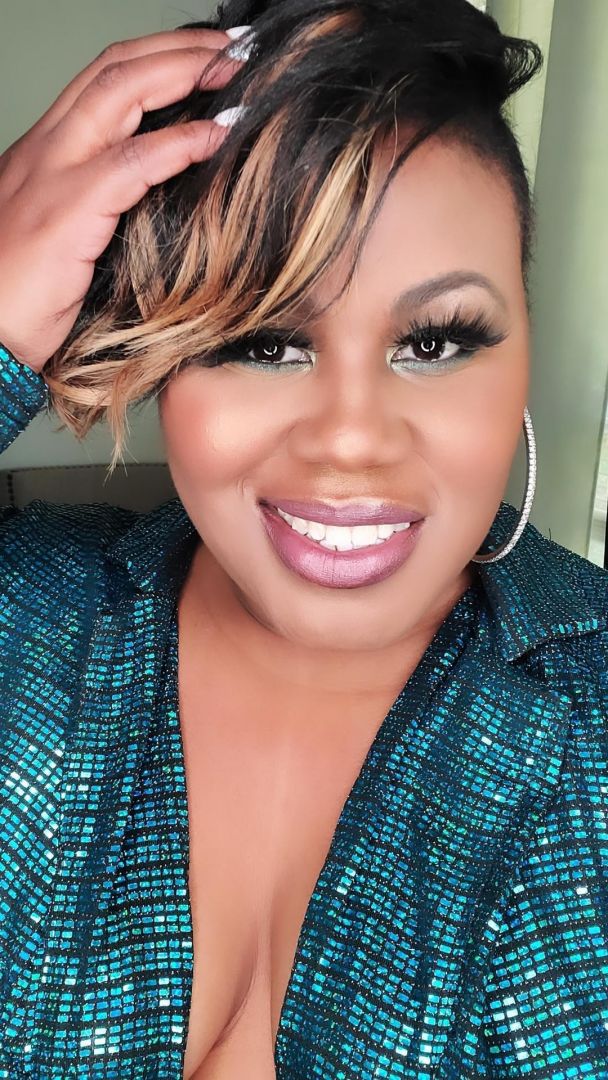 Let’s say your best friend was visiting the area and you wanted to show them the best time ever. Where would you take them? Give us a little itinerary – say it was a week long trip, where would you eat, drink, visit, hang out, etc.
Well, the first spot we would have to go to is Malibu. My play sister, Music Carolyn, took me to the public yet private portion of the beach in Malibu, where there are not many people, and it is quiet and calming. Then once we get hungry, we would then stop by Malibu Seafood Fresh Fish Market, they have the best fish and chips. Then we would go to Fixins Soul Kitchen in DTLA for brunch, as they have the best Catfish and Mac n Cheese. Then we would leave there and go to The Black Flea Market at the Beehive and support Unparalleled Art by Shannon Scates, then get a rooftop movie at night. Then, we could go to the Botanical Garden in Arcadia to see the beautiful flowers and trees along with the peacocks. Then I would zip over to the Vibrato Club and catch Cheryl Cooley of KLYMAXX performing their hits “Meeting in the Ladies Room” and “Good Love.” Then the next day, I would go to Redondo Beach and visit the wharf and get some fresh crab legs, and baked shrimp. Then later that night, I would go to the GreenHorse for some good music and even more fun drinks. I mean folks would be so tired and full that they would need at least 1.5 days of rest, and then afterwards, I would catch a comedy show at the Bourbon Room Hollywood, and then stop by California Donuts on the late night tip. Then for the next day, we would have to go to Slab BBQ for their pulled chicken and baby back ribs and then get them a Monty’s Burger and some Animal’s take back on the plane with them. What’s most fun is finding new beaches, food spots, and good people who are equally talented and chill, here in LA. There’s so much to do, and in just one week. 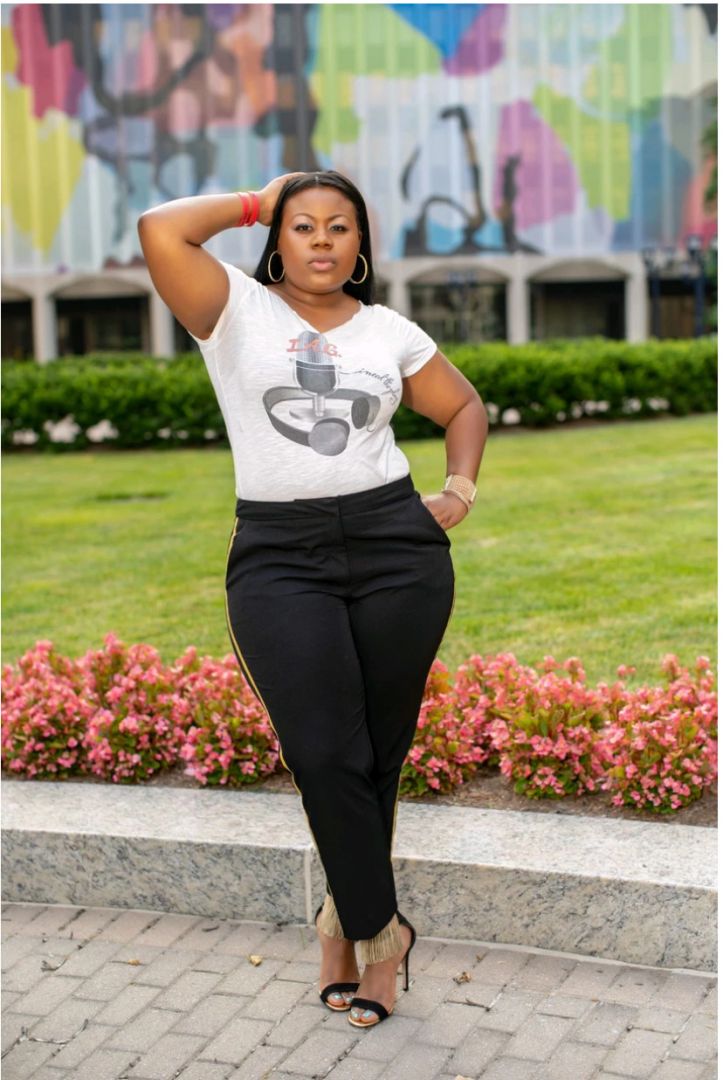 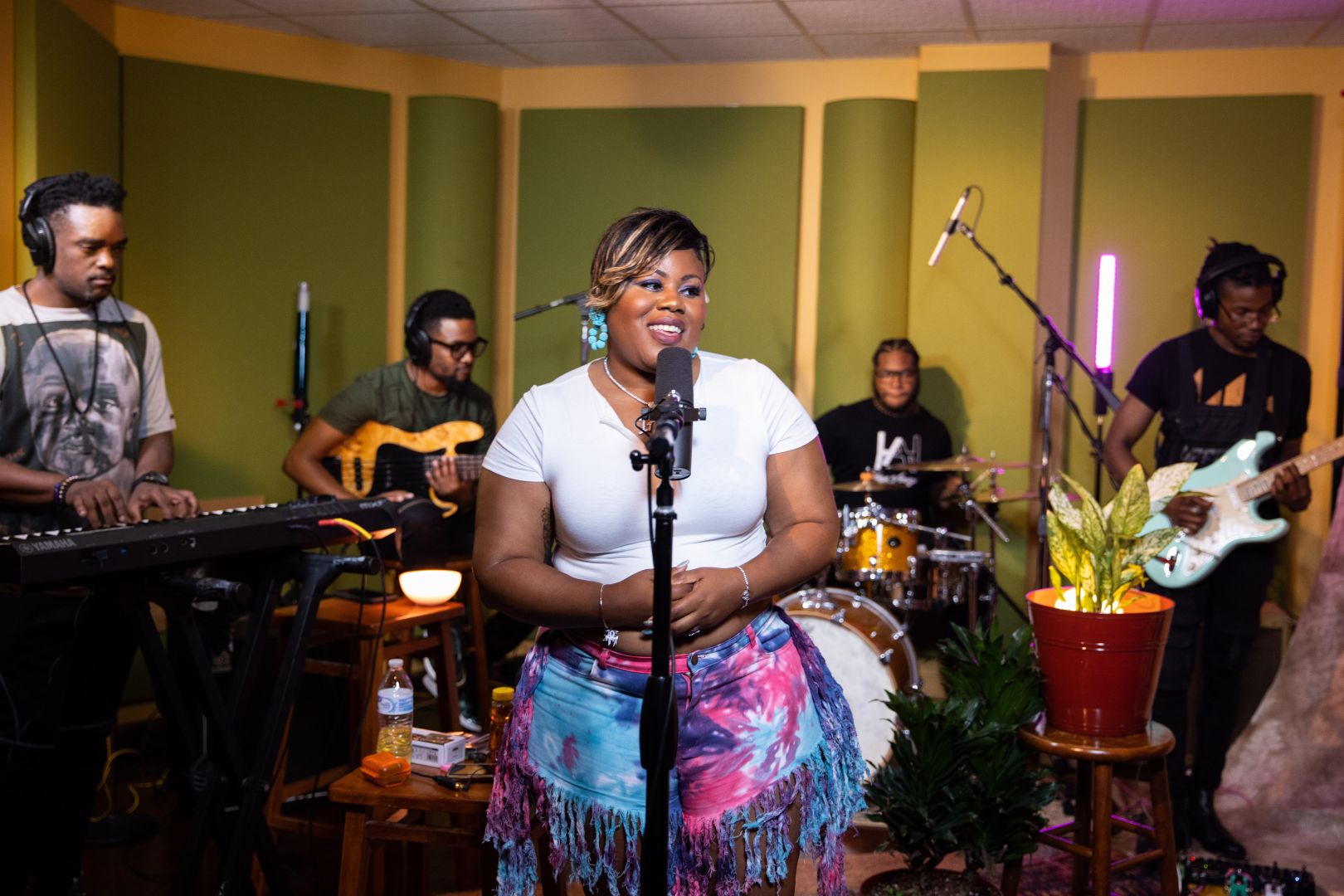 Shoutout is all about shouting out others who you feel deserve additional recognition and exposure. Who would you like to shoutout?
The main person that I would dedicate this shoutout to is my grandmother, who championed me throughout the duration of her life to ensure that I pursued my dreams, was well-rounded, and had the faith to believe in my gifts. Then I would definitely shoutout my parents and brother, the many mentors, play sisters and brothers, who have supported me financially, made connections and offered words of wisdom. I would also dedicate this to the musicians, I have worked with and learned from, other independent artists, along with my professors, and everyone that has supported my career. I could not be here without everyone, including the sour apples. Now, let’s go out and be Unstoppable! 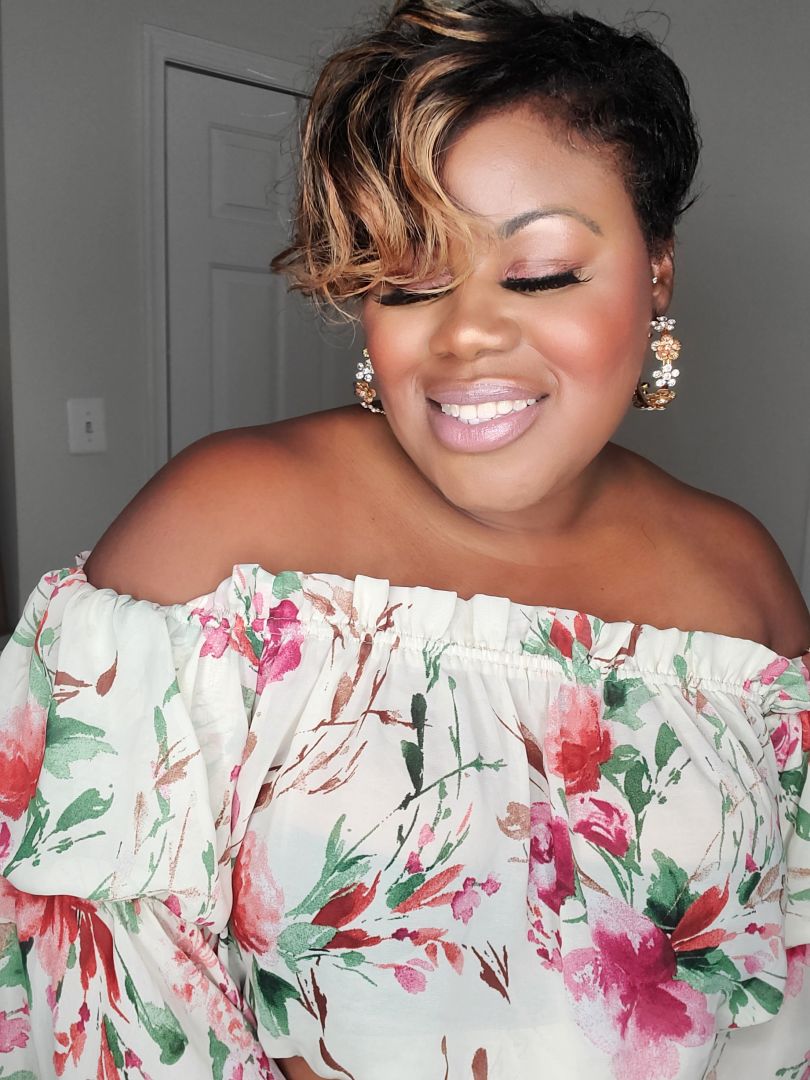