We had the good fortune of connecting with Charles-Henri Avelange and we’ve shared our conversation below.

Hi Charles-Henri, can you tell us more about your background and the role it’s played in shaping who you are today?
I am originally from France, in the French Riviera. I grew up a stone throw from the Cannes Film Festival. In some ways, that impacted a lot my decision to eventually become a composer for film and television. At some point in my youth, my family and I spent some time in a Knight Templar medieval castle, which happened to house the last species of giant bats in Europe! It’s during that time I developed my artistic self. Growing up in a building like this, so rich in history makes one kid’s mind go wild. My dad was in the French Army and from my mom side, I have a long lineage of very talented painters. This created an interesting mix. I relate a lot to service men and women of all corp and as a matter of fact, I have many times created music to honor the very service men and women of America. It’s always been very natural to me. And having that ancient artistry background from my mom side has always gave me that passion which pours back into any work I do. Although I grew up in France, going to America was life changing for me. It felt right the minute I landed in this country. As if I had finally “came back home.” Whereas as much as I love France and my upbringing, the reality is that I had always felt a little at odds there. I recently became a citizen of this great nation that is the USA and I couldn’t be prouder of it. My background and culture have always been an asset here and all the music that I have been composing and dedicating to America’s heroes are no longer just a gift from a Frenchmen, but a letter of a love and admiration to those on duty from a fellow citizen. 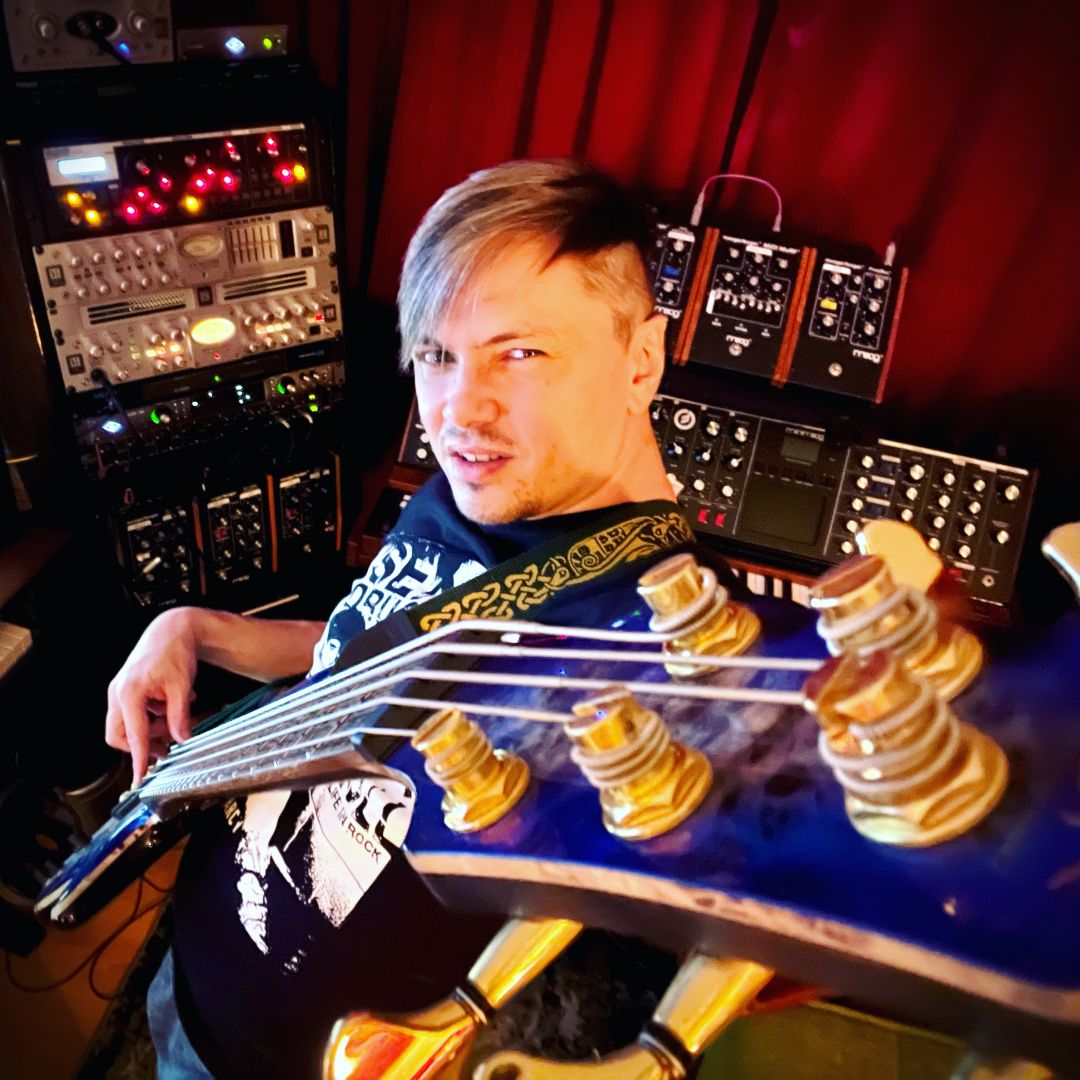 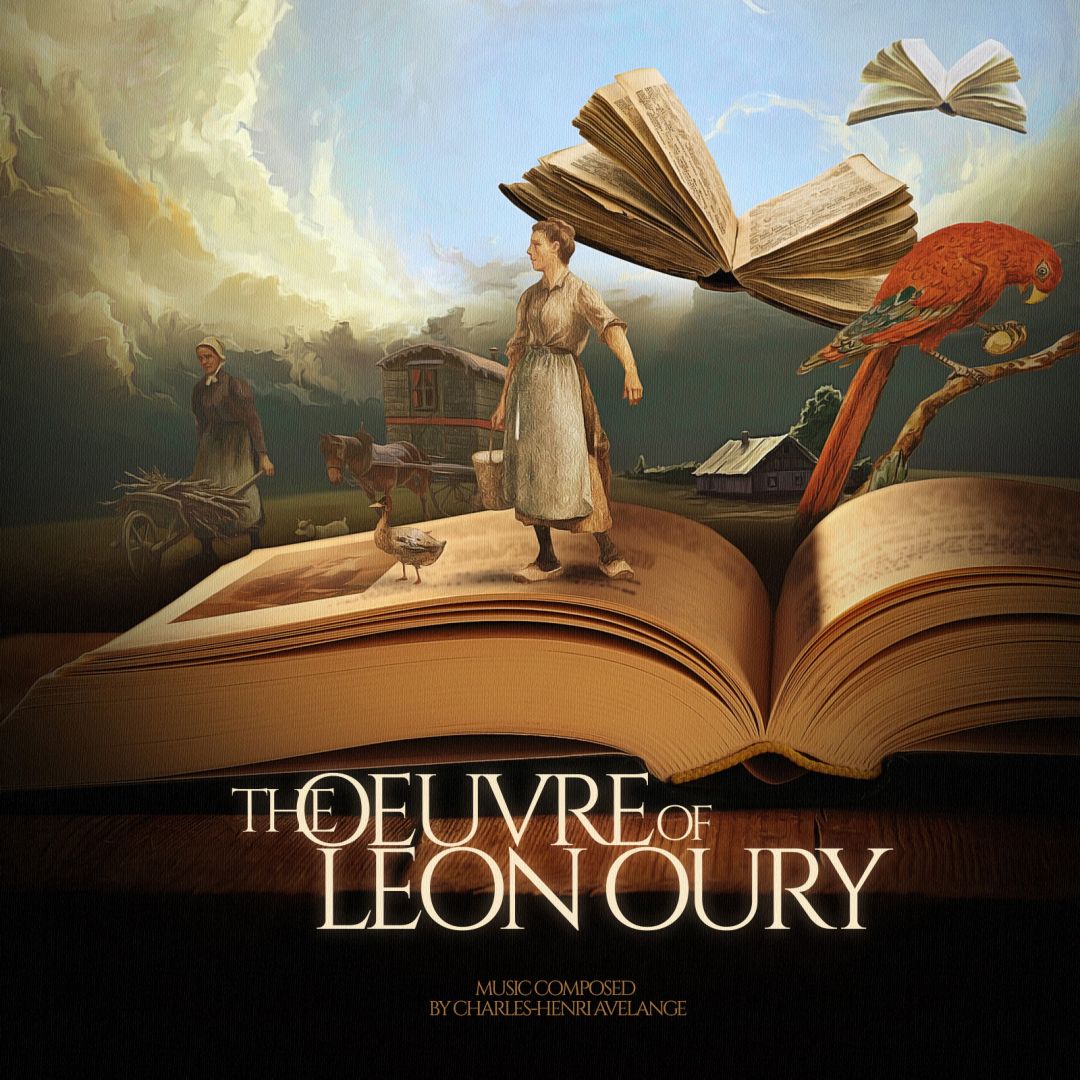 At the moment, the project that I am most excited about is my latest album “The Oeuvre of Leon Oury” which just won two gold medals at the 2022 Global Music Awards and is currently nominated at the Hollywood Music in Media Awards. It is also currently For Your GRAMMY® Consideration. This project is very dear to me because each themes are inspired by the paintings of my ancestor Leon Oury (1846-1929). I grew up with Oury’s paintings all over the walls of family homes, and it has been a long time project of mine to one day bring them to life with music. Oury painted the beautiful and simpler life of rural France of the late 1800s and early 1900s. He was a contemporary of master painters such as Monet, Renoir or Gauguin just to name a few… and as the protégé of Isidor Pils, he participated in the colossal work of painting the ceilings of the Palais Garnier’s (Opera House) great staircase in Paris, France.

So imagine my surprise when in November of 2020, as the pandemic was raging through out the world and that we were all in lock down here in LA, I receive a message through the Facebook page I created for Leon Oury years ago from a lady residing in Chartres, France (Leon Oury’s home town) with three pictures dated back from 1904 of Leon Oury himself during his daily life. I decided this was going to be the sparkle that start the fire and decided to make this project of composing a collection of music themes inspired by Oury’s work a reality.

This project was also going to be something to help me stay sane during the lock downs, something for the soul in which I was going to pour all my love and artistry. And also in some ways, to go full circle and to find a way to reach out to a family member I will never get to know.

I am very grateful to have had the privilege of working with some of the best musicians in the business, here in LA but also in France. Ambroise Aubrun performed all the violins, Virginie d’Avezac the violas, Judy Kang and Cecilia Tsan the cellos, Jonathan Sacdalan the clarinet, Sara Andon the flutes, Anthony Parnther the bassoon, Michael NOMAD Ripoll the guitars and Jacques Pellarin the accordion.

One challenge of this project is that I wanted to create an Immersive Audio Album, and mix it in 5.1 surround sound. But it was very difficult to do when none of the musicians were actually allowed to meet in person to perform the music. Each of them had to record separately their own performance from their own home studio, or when the vaccines started rolling out, some of them could come to my studio, one at the time to record. It was a big task and such a different animal to “conduct” such a performance and then glue them all back together and make it sound as if all the musicians had actually performed together.

The other challenge encountered was that my wife went very ill (non-covid related), which lead to a series of emergency surgeries, and recovery that lasted the better half of this year 2022. I found myself in a situation where I had to provide the nursing care that a whole staff of fifteen nurse would do at the hospital for her, and somewhat in this context find the time and energy to finish mixing and mastering this album. But in some ways, it was as if my ancestor was with us all along. We came out of it during the summer when all the awards and nominations started pouring in. I cannot tell you how good this felt after all that we went through. 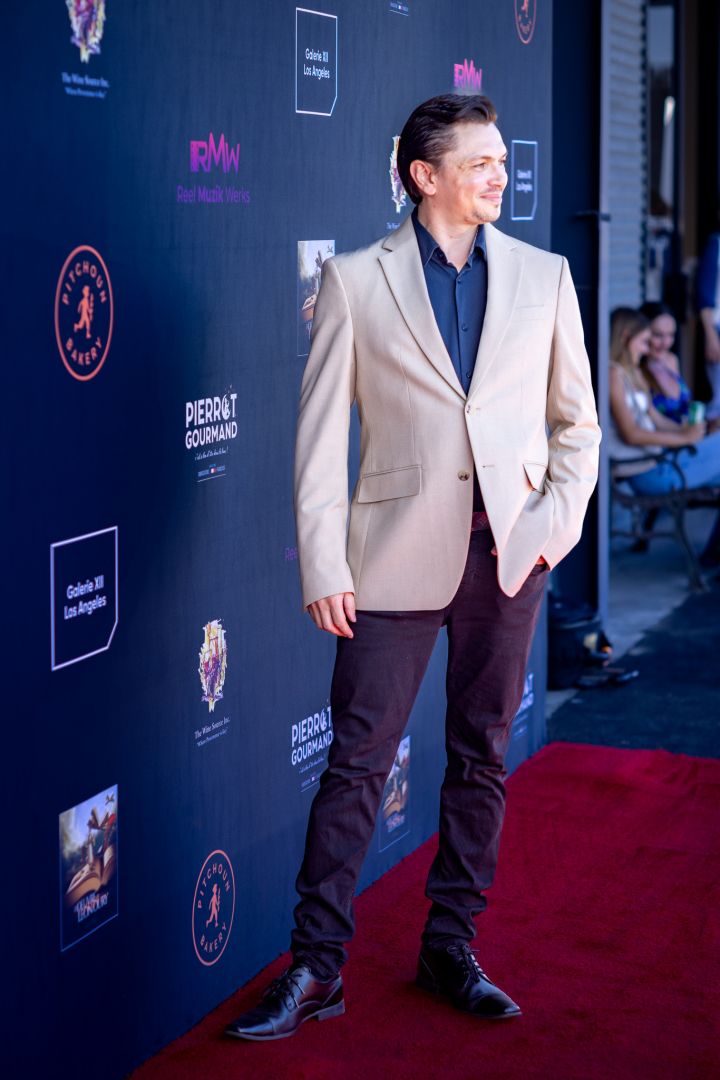 If you had a friend visiting you, what are some of the local spots you’d want to take them around to?
We love to go to Malibu or the Topanga area, wether it is for fine dining or hiking. I would definitely take my friend to Cafe on 27 in Topanga Canyon, such a cool vibe and that tree house feel is very unique. I would also take them to The Old Place to experience one of the best and biggest steak you can get in LA.

Hanging out to the beach, the Santa Monica Pier and Promenade is always a classic. Visiting the Getty Museum and/or Villa, a trip to the Walt Disney Hall and/or the Hollywood Bowl is a must. Checking out the observatory, the Huntington Library in Pasadena, Knotts Berry Farm. So many things! 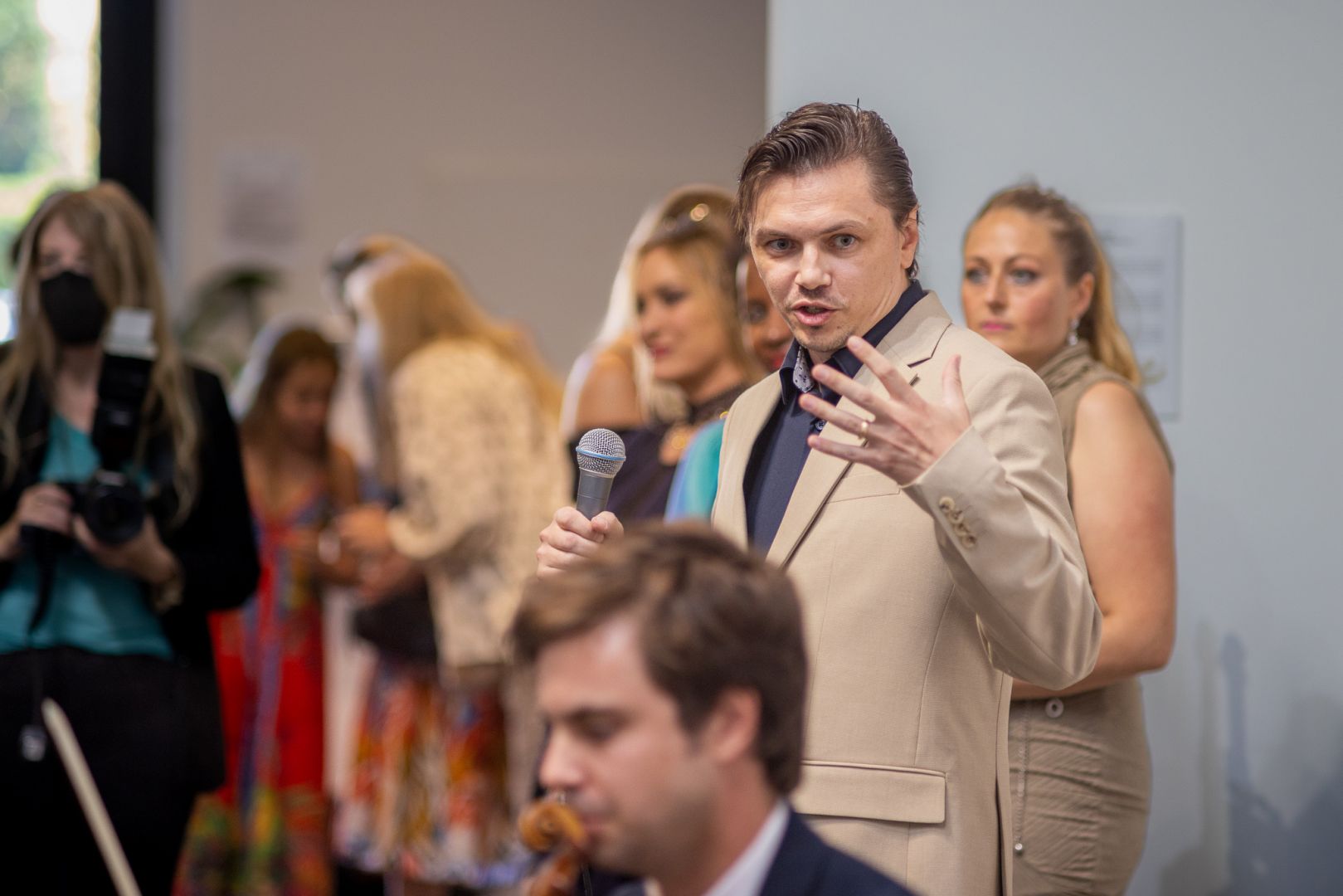 The Shoutout series is all about recognizing that our success and where we are in life is at least somewhat thanks to the efforts, support, mentorship, love and encouragement of others. So is there someone that you want to dedicate your shoutout to?
My wife Jennifer Ingle. My dear friends Deborah and Sanford Wright. The Make a Wish Foundation. The Service Men and Women of America. My friends and family that have been supporting me all along this journey. 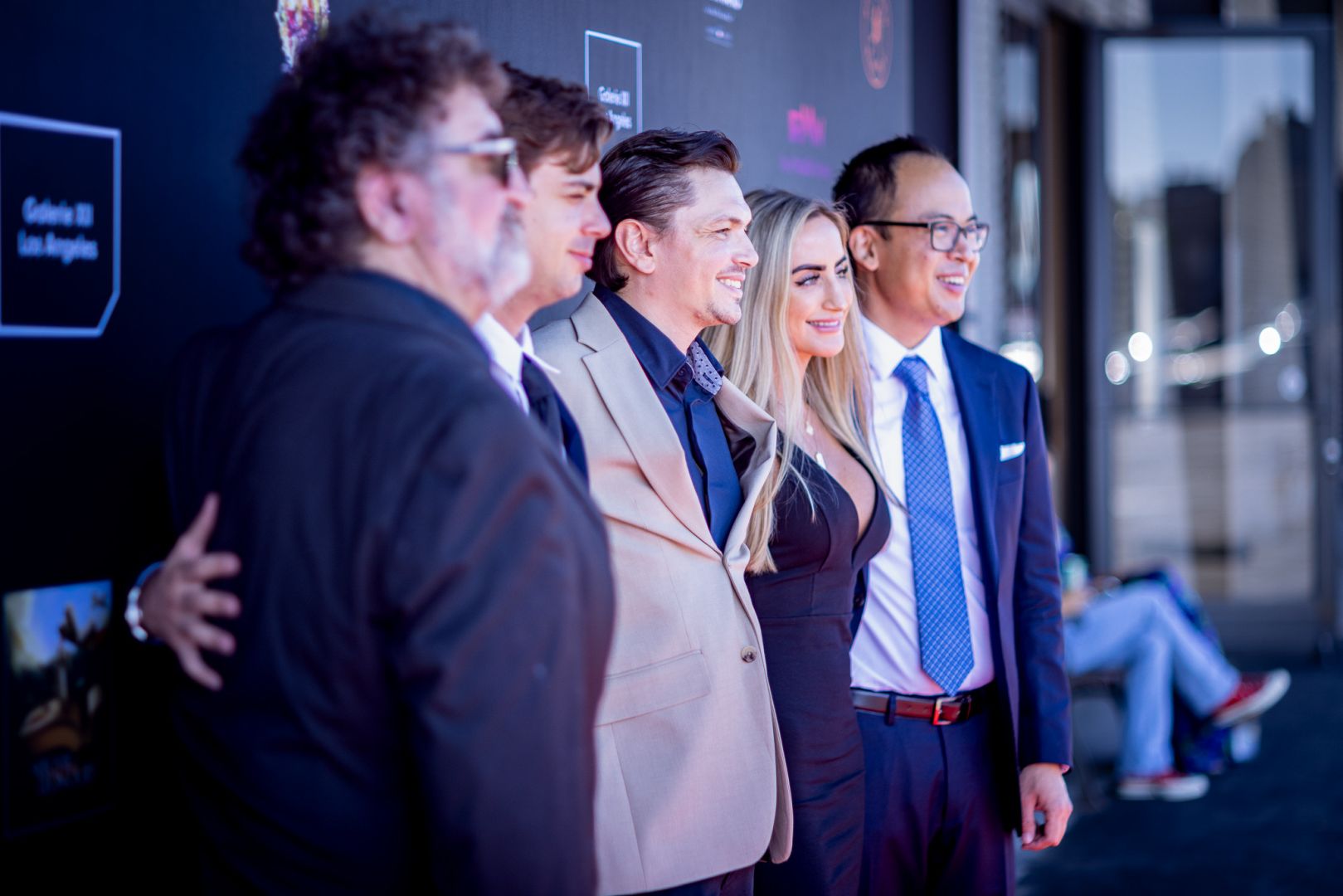