We had the good fortune of connecting with Che’Rae Adams and we’ve shared our conversation below.

Hi Che’Rae, we’d love to hear more about how you thought about starting your own business?
I started the LA Writers Center in 2006 because I wanted to give playwrights an artistic home where they could develop their work, free from the expense and pressure of production. I had seen how much readings and writing workshops had helped playwrights while interning at the Mark Taper Forum, Seattle Repertory Theatre and The Cincinnati Playhouse in the Park. Programs that I was involved with such as the Taper Lab Series and the Road Theatre Company’s Road Signs Reading Series, taught me a lot about the development process and I really loved it. When I was a young director, I directed mostly new work, and ended up doing both the director’s and dramaturg’s job because that is what the play required. I saw a need in Los Angeles for a place where new work could be developed, writers could be nurtured, and actors, directors and designers could all contribute to the process. 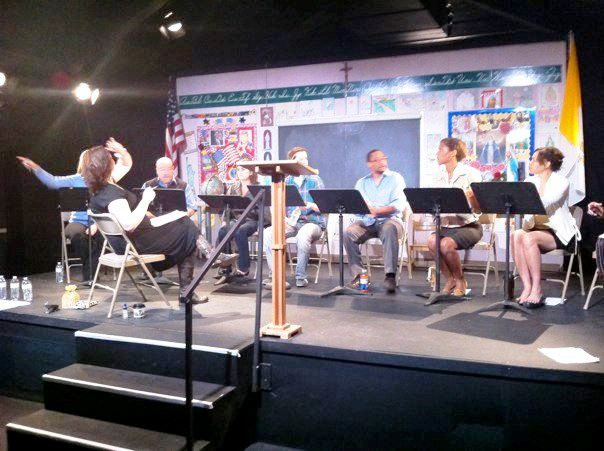 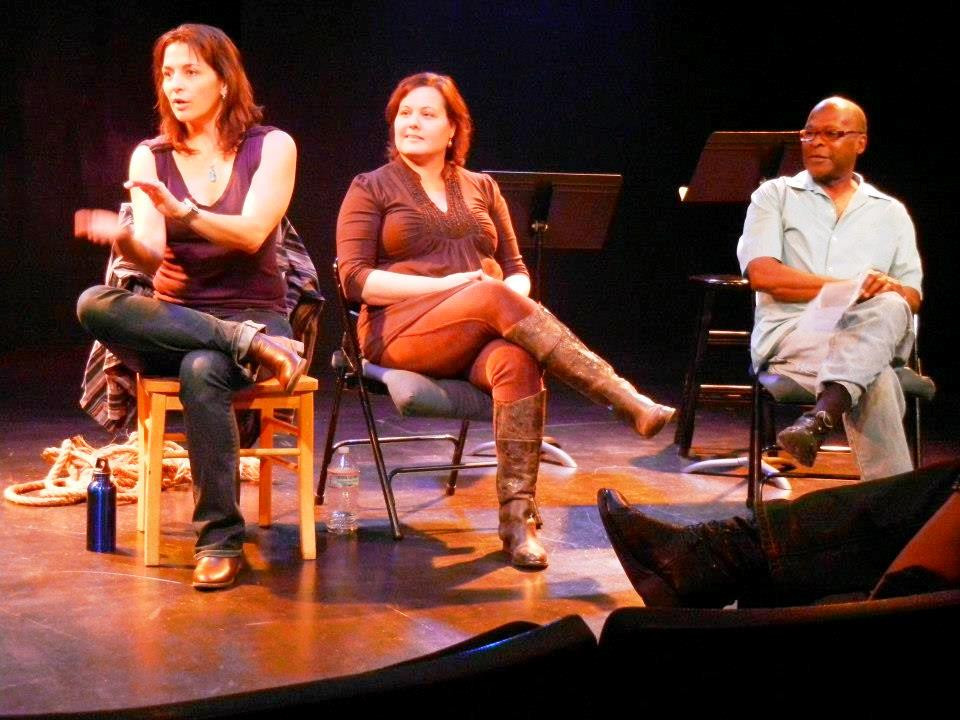 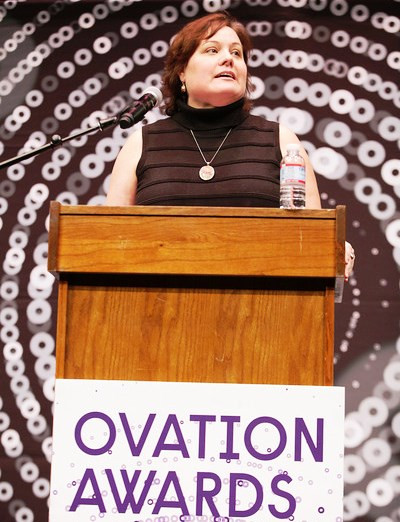 Let’s talk shop? Tell us more about your career, what can you share with our community?
I became more of an advocate for playwrights than anything else. I wanted to start an organization that nurtured their talent and provided services that they needed to take their work to the next level. The LA Writers Center began at the Lankershim Arts Center in North Hollywood as an invitation only writing workshop for local writers with whom I had worked with at The Road Theatre Company and other small theaters in the Los Angeles area. Those same writers became LAWC’s first members and are still part of the organization today. Talented and diverse writers such as Jon Bastian, John DiFusco, Tim Toyama, Marc Ewing, Evan D’ Angeles, and Ken Hanes to name a few.

Eventually I felt like we needed input from actors, directors and designers, so in 2007, LAWC joined forces with The Syzygy Theatre Group to create a new play reading series called New Alignments. Its purpose was to provide playwrights with the opportunity to receive feedback on works-in-progress, to provide the community with an opportunity to participate in and observe the creative process, and to provide actors and directors with an opportunity to hone their craft. Many wonderful plays came out of that development process, and have gone on to be produced by theaters across the country.

During the pandemic we pivoted and moved all programming and classes online. We wanted to stand in solidarity with Black Lives Matter and decided to produce the Breathe Reading Series which was designed to amplify BIPOC stories. HowlRound TV came on as a partner which increased our global reach to over 1,500 viewers. We are currently in production for the Home: Asian Voices Reading Series which is in direct response to the anti-Asian violence.

I am most proud of our commitment to diversifying the voices of the theatre, and we have an effective framework and track record for accomplishing that. Plays such as Muse 90401 by Fadik Atasoy; Villains by Marc Ewing; Gracie and Rose by Anastasia Coon; Strange Fruit by Jon Bastian, Yuri and Malcolm X by Tim Toyama; Them’s Ponies! by Rebekah Chang, YLO by Dru Park; Displacement by Shauna Vartanian and Ser! by Ser Anzeotegi (to name a few), tell stories about people who have suffered from discrimination in America. I feel it is important to tell these stories in order to further the conversation about diversity, equity and inclusion in this country.

My long-term aspirations would be to partner with a university or arts institution where we could mentor young writers, host new play readings and workshops and eventually move into fully staged productions. This would be a big step for us, but I feel that we are ready to take that leap of faith.

Let’s say your best friend was visiting the area and you wanted to show them the best time ever. Where would you take them? Give us a little itinerary – say it was a week long trip, where would you eat, drink, visit, hang out, etc.
The thing I love most about Los Angeles is that there is so much to do. My favorite movie theater has always been the Vista Theatre in Silverlake which was built in 1923. It has a special “old fashioned” feel to the place, and it makes going to the movies an event. I am also a foodie, so I visit various restaurants in Los Angeles as much as possible. Some of my favorite spots are the Oaks at Lakeside in Encino, Philippe the Original in DTLA, King’s Fish House in Calabasas, and Toi on Sunset. My favorite place to go on a weekend afternoon is the beach, taking Topanga Canyon over and enjoying the mountains along the way. Favorite hang outs at the beach are Patrick’s Roadhouse, Back on the Beach Cafe, and Tacos Por Favor. I grew up in the valley, so I like to revisit some of the nostalgic haunts from my past like Henry’s Tacos, Vitello’s, and Miceli’s. Also the accessibility to nature here is key. I recently downloaded an app called “AllTrails” which shows all of the hiking trails in my area and rates them from “easy” to “hard”. It has been my goal to visit the sites, working my way up from “easy” to “moderate” over the last year. 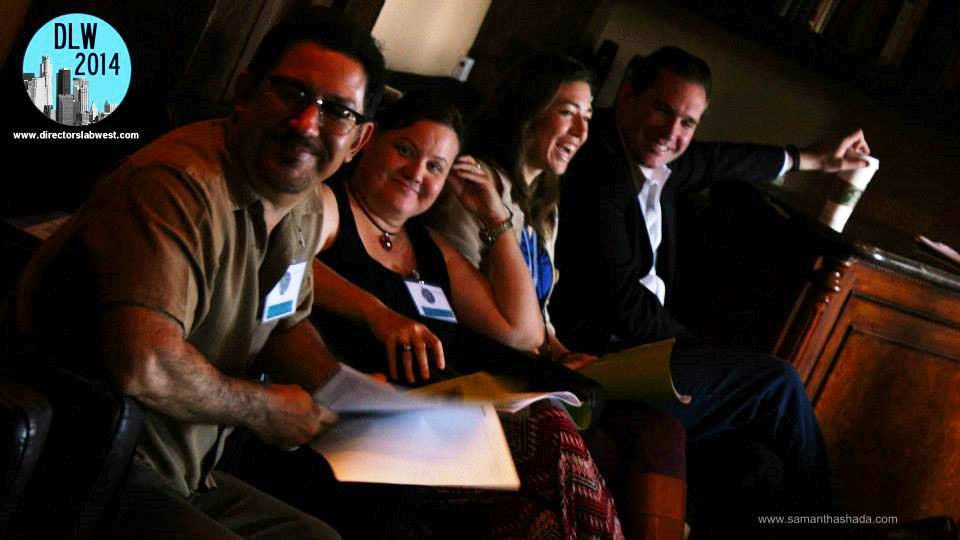 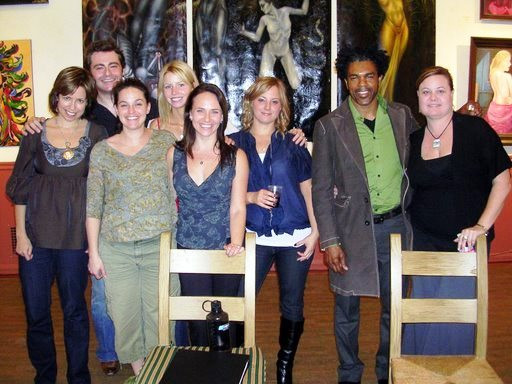 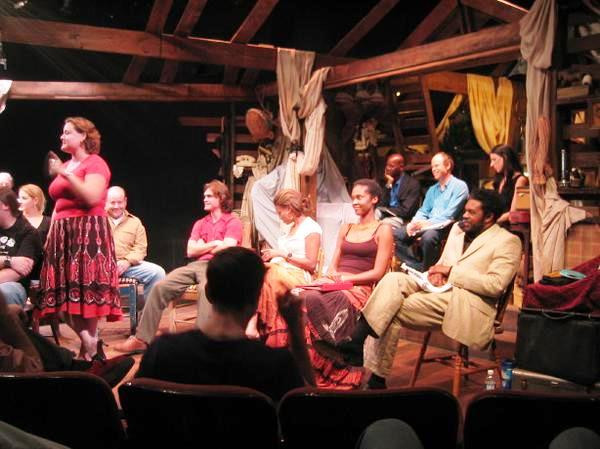 Mentorship is so important, and I have had many organizations and people influence my work and help me grow into the artist that I am today. I was groomed at an early age by regional Theatres such as The Mark Taper Forum, Seattle Repertory Theatre and The Cincinnati Playhouse in the Park. Some of the most influential advisors from this time were Tom Hulce, David Saint, Kurt Beattie, Cory Beth Madden, Peter Parnell, and Han Ong. I could talk about them all for pages, but suffice to say, that they are some of the best at what they do in my field and watching them work was an invaluable experience.

When I started directing my own shows, I worked at smaller theaters in Los Angeles like Theatre/Theater, The Road Theatre Company, Venice Theatre Works, The Celebration Theatre, Glaxa Studios and the Syzygy Theatre Company. The folks that believed in me and gave me opportunities were Los Angeles Artistic Directors Jeff Murray, Justin Yoffe, Taylor Gilbert, Martin Bedoian, Richard Kaye and local playwrights such as John DiFusco, Ken Hanes, Tim Toyama and Jon Bastian.

When I was in college, I was mentored by a wise free spirit named Michael Burnham, a young experimental director named Richard Hess and a theatre scholar named William H. Sun. They were polar opposites but all taught me what my strengths and weaknesses as a director were. I am grateful to all of these people for supporting me, encouraging me, and giving me a leg up.
I think the three people who influenced the way I work the most, would be Anne Cattaneo, Oskar Eustis and Ming Cho Lee.
Anne is the founder of the two time Tony Award nominated Lincoln Center Directors Lab. Anne’s dedication to writers and directors is inspirational. She founded the lab because she wanted to pair writers and directors in order to get more new work produced. The lab has now grown into the largest, most diverse theater initiative in terms of geography, artistic tradition and ethnicity in the history of theater. The Lab has also accepted more women than men every single year since 1995. The goal of the Lab is to be an agent for change in the world. As a result of my admiration for Anne’s work, I have been on the Steering Committee for the Directors Lab West (DLW) for close to 20 years. DLW is an offshoot of the LCT Directors Lab which takes place annually at the Pasadena Playhouse. I am grateful to Anne, and my fellow Steering Committee Members (Ernest Figueroa, Janet Miller and Martin Jago) for the chance to serve and hopefully also be an agent for change in the world.

From the first day that I met Oskar Eustis at the Mark Taper Forum in the early 90’s, his work as a director has inspired me. I remember thinking that his Julius Caesar was revolutionary when he set it in the 1960’s and used cameras and other media to make the story relevant and timely. He gave me my first professional directing job, which was a reading of Alice Tuan’s Dim Sums, as part of the Mentor Playwright’s Reading Series and taught me the importance of the playwright’s voice, value and vision. Watching him and Tony Taccone workshop Angels in America, Part II: Perestroika by Tony Kushner was like a master class in developing new work. These are standards that I take into my practice at LAWC everyday.

Last but not least, I want to give a shout out to the infamous set designer Ming Cho Lee, who sadly passed away last year. I worked with him on a show at The Cincinnati Playhouse in the Park in the late 90’s called The Notebook of Trigorin by Tennessee Williams. It was William’s adaptation of Chekhov’s The Seagull, and it starred Lynn Redgrave. Ming took me under his wing, and gave me some very solid advice about directing that I use everyday. He said “don’t give a note to an actor, work the note”. This might be the single most practical piece of advice that anyone has ever given me about directing.

Image Credits
Photos: (from left to right) #1-Che’Rae teaching a workshop at LA Stage Day #2-Che’Rae directing a reading of “SIX NIGHTS IN THE BLACKBELT” by Lowell Williams in the Carrie Hamilton Theater at the Pasadena Playhouse #3-Cast and Crew of a reading of “Carol’s Christmas” by Marni Penning Coleman at The Road Theatre Company #4-Che’Rae speaking to the audience at a reading of “Chasing the Wolf” at The Road Theatre Company #5-Che’Rae and playwright Ken Hanes at a rehearsal of “Freak of Nature” at The Road Theatre Company with cast in the background. Cast includes Maria Spassoff, Ken Sawyer, Elizabeth Tobias, Babs Lindsay, and more. #6-Che’Rae and playwright Anastasia Coon with moderator Charles Hall, after a reading of “Gracie and Rose” at the Celebration Theatre. #7-Che’Rae speaking at the Ovation Awards #8-Che’Rae and some other members of the Directors Lab West Steering Committee (From left to right-Ernest Figueroa, Che’Rae Adams, Diana Wyenn, and Doug Clayton)