We had the good fortune of connecting with Christian Foster and we’ve shared our conversation below.

Hi Christian, career-wise, where do you want to be in the end?
A lot of the pop culture figures we idolize today were created decades even centuries ago: Spider-Man, Sherlock Holmes, Romeo and Juliet. I want the the characters in my comics and movies to last forever. Able to be retooled and adapted for each new generation, so the values and morals my characters represent can continue to influence people long after I’m gone, allowing new, diverse voices to come in and tell their stories through my characters. 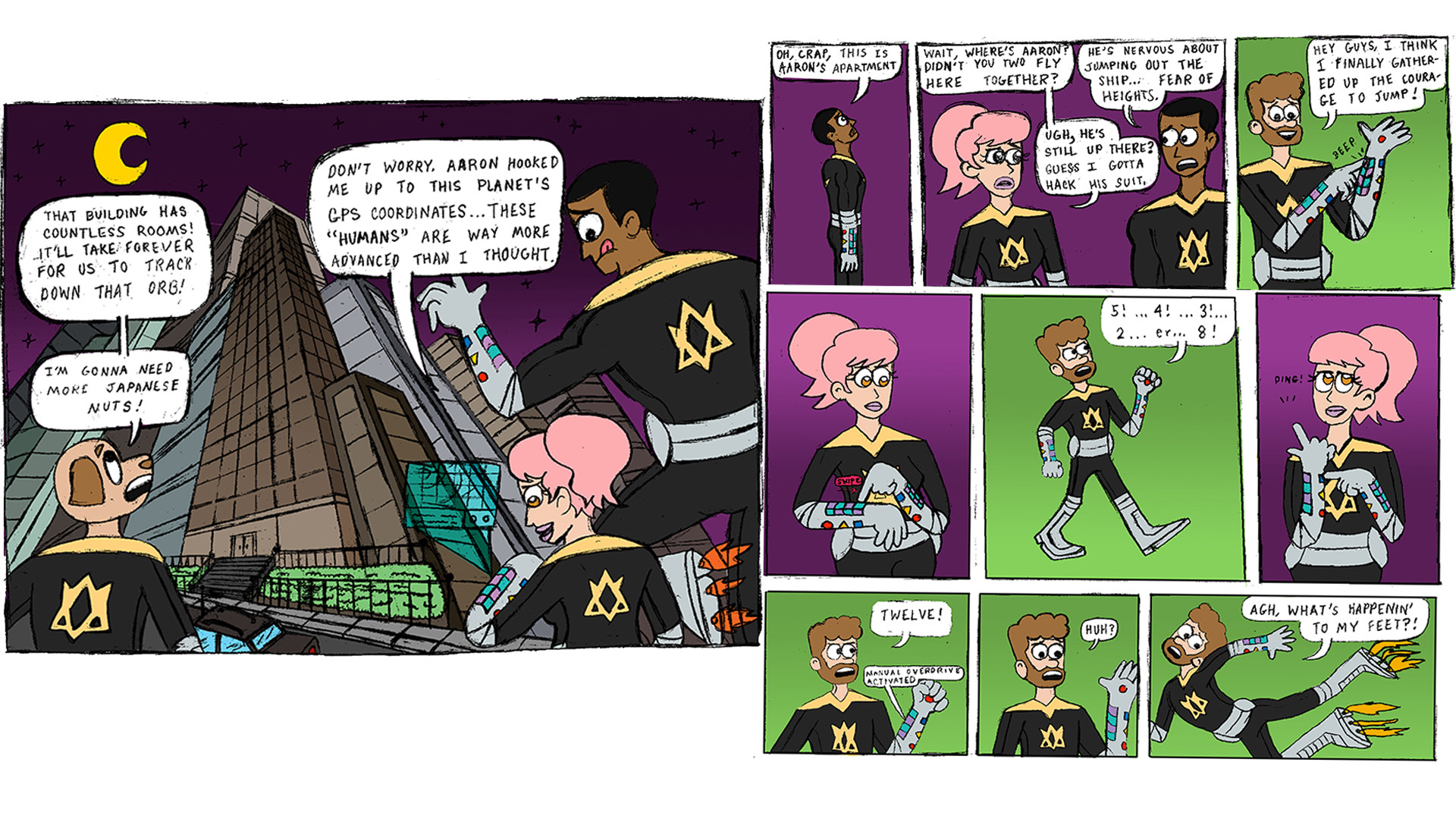 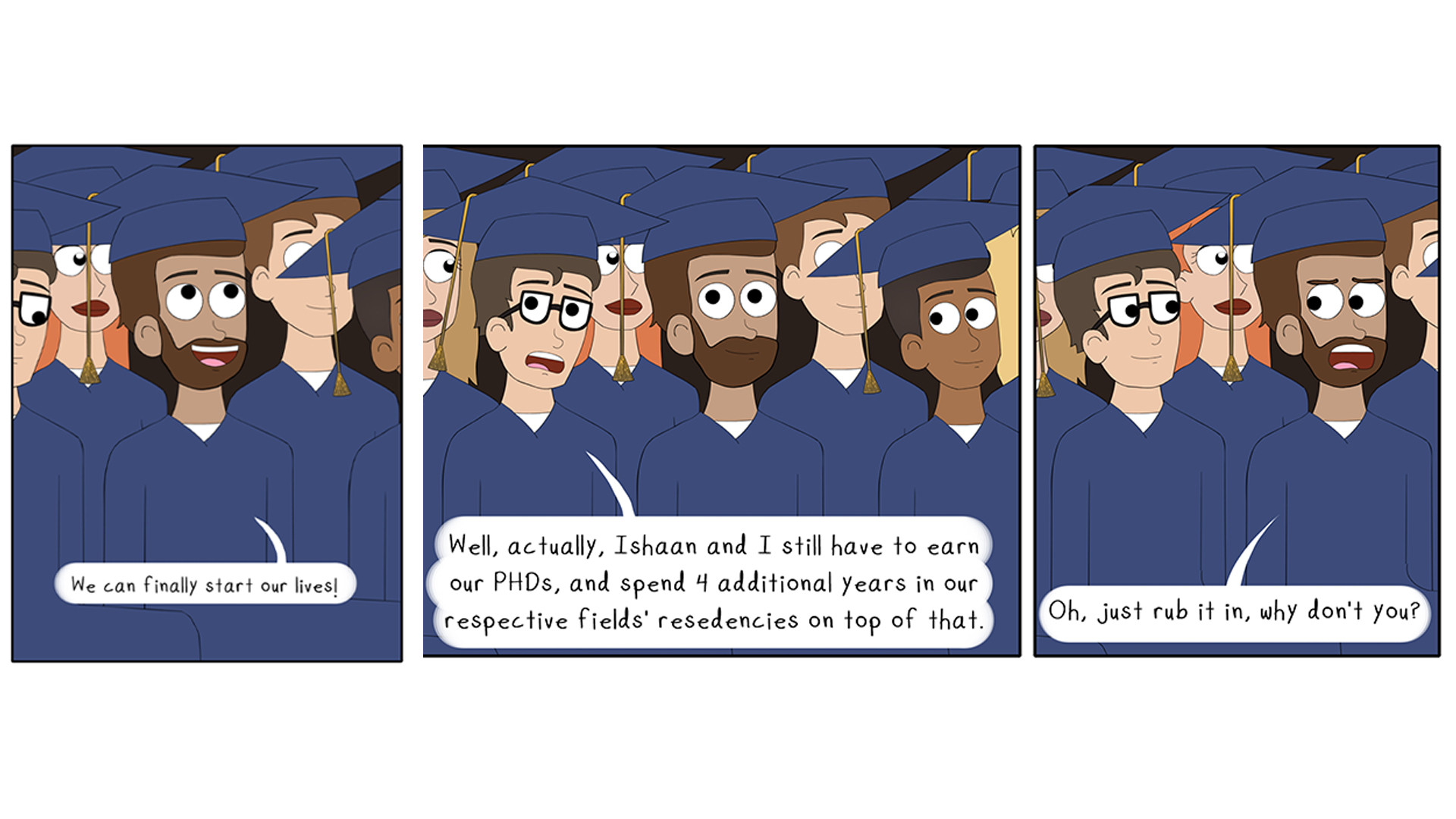 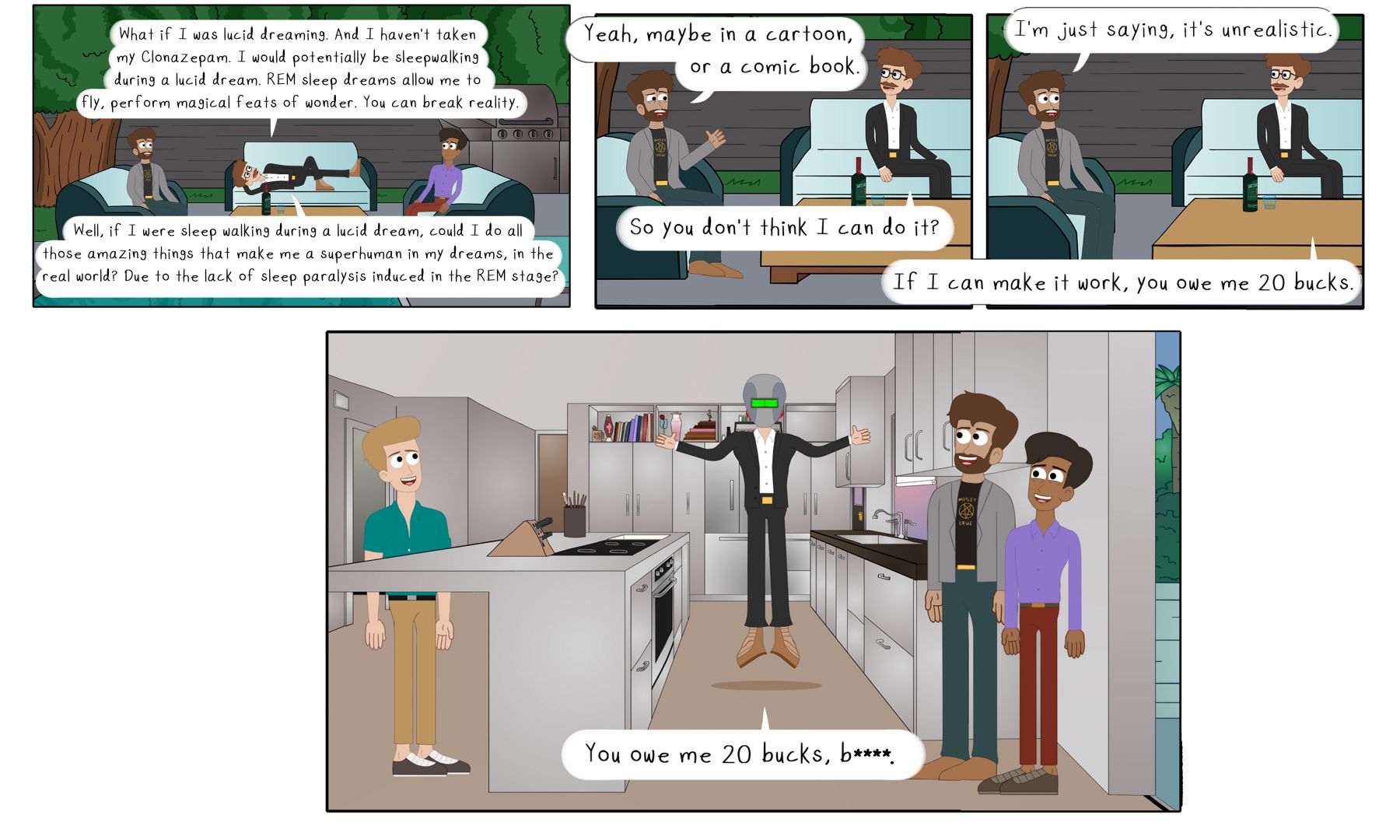 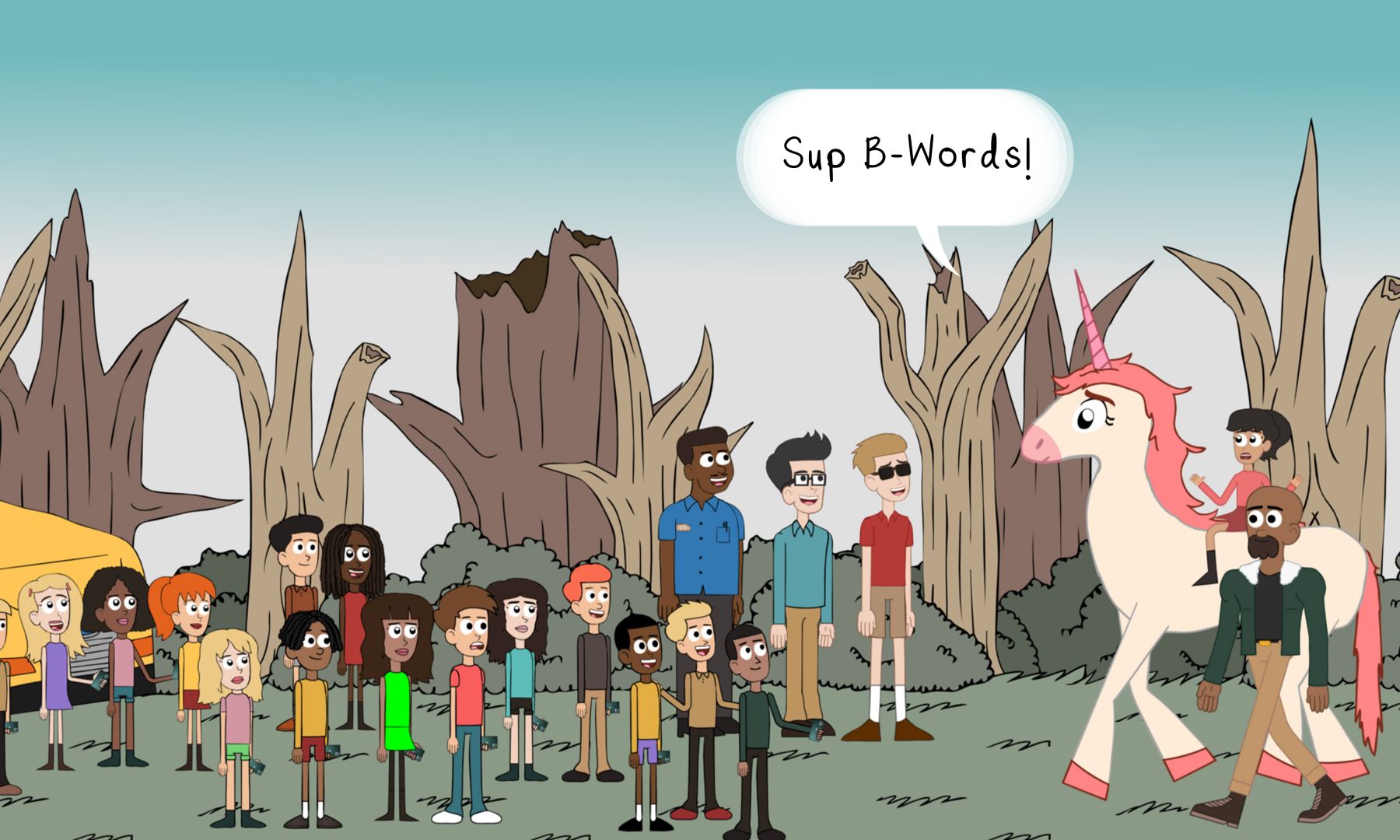 Alright, so let’s move onto what keeps you busy professionally?
I was living with my parents, working at Flappers Comedy club in Burbank as a dishwasher. It was right down the block from Cartoon Network, Adult Swim, Nickelodeon, Disney and Warner Brothers. I would take a 2 hour bus to get there and work all night just to be able to spend more time in the animation capital of America. Half the time, I’d have to uber back home and spend a huge chunk of the money I had just earned to get back home and do it all again the next night. It was the greatest job I’ve ever had, so far.

After saving up, I moved out, got a roommate and bought an animation software and drawing tablet on Black Friday.
A few months later, the pandemic hit. I went on unemployment. I had just gotten my first apartment, and then I immediately lost my main stream of income.

I used all my extra time to master animation. I had written a pilot script for a TV show called “Candy Coated Cartoon Spectacular”. It’s about a ladybug who’s rich dad dies and leaves him with nothing, so he’s forced to roommate with his obnoxious step-brother, who is a bumblebee.

I wrote a simple script, because I was a beginner animator with a $300 budget. But it somehow ended up accumulating 30,000 views without spending a penny on marketing. I also submitted the show into Adult Swim’s “Development Meeting”. A now cancelled show, where anyone can call in and pitch their show ideas live on the air with real Adult Swim executives. (Watch my pitch on AdultSwim.com its Development Meeting Episode #199)

They liked my cartoon, and gave me $50. The first paycheck I had ever earned from my art. In Hollywood, thats a box office flop, but to me it was the greatest day of my life. A bucket list moment. My cartoon was on Adult Swim.

I wish I could say I framed the 50 bucks, or something sentimental like that, but I immediately spent it on McDonalds and celebratory whiskey.

After that accomplishment, I knew my next project had to be bigger. I had deliberately written a simple script for my first cartoon, but now I can handle something more challenging.

I had been working on an anthology graphic novel since 2018. 4 Short stories: “Wichelen”, “Unicorn Hunters”, “Intergalactic Rescue Force” and “Slumberland”. At this point the book was halfway finished. I had an idea to use my animation software to make higher quality comics. I also decided adapt one of the 4 short stories into an animated pilot, with the intention of shopping it to studios, networks and streaming services in hopes of this being the first installment of an interconnected cartoon universe, similar to the Marvel Cinematic Universe, but animated and made for television.

I chose “Slumberland” as it was the most challenging of them all. It was an ambitious script. I had written in with the idea that it’d have a gazillion dollar budget, however I felt like I was ready to produce something that I was intimidated by.

I was so hungry to get better at my craft, so I deliberately chose to start with animating the scenes that seemed most difficult. When I executed scenes that seemed impossible, I was shocked. I didn’t know that practice and hard work equals improvement, no one had told me that before.

I’ve since decided to start adapting small scenes from the other 3 short stories. But I needed to cast some actors to play these new roles. So I put up a few ads on my instagram and one on a casting website, and got hundreds of submissions from people around the world, as well as some from my good friends at Flappers Comedy Club.

This past week I finally finished the book, and in the meantime, I had brought some of my favorite pages to life.
This last year and a half has been rough. But right now, the future seems bright.

Let’s say your best friend was visiting the area and you wanted to show them the best time ever. Where would you take them? Give us a little itinerary – say it was a week long trip, where would you eat, drink, visit, hang out, etc.
Comedy, comedy, comedy. The Laugh Factory, The Comedy Store, Flappers, The Haha. If I’m hungry, Aroma Cafe in Studio City for desserts and a killer pulled pork sandwich. The Apple Pan in Pico for burgers. If I need inspiration, I go to Echo Park lake with a notebook and pencil.
But nothing brings me more joy than sitting at my desk on my computer, having my food delivered to me, with a nature documentary on, for the illusion of the outside world. 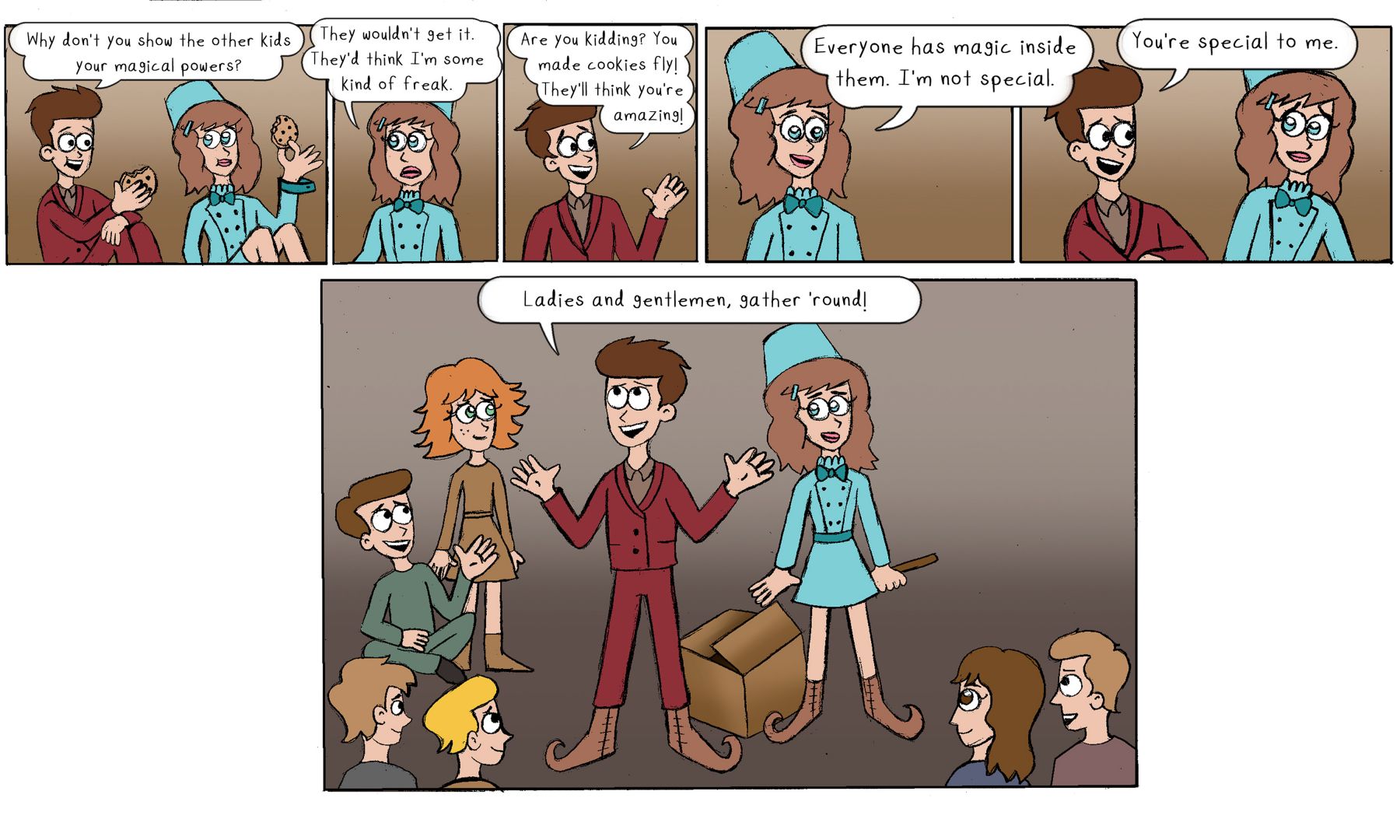 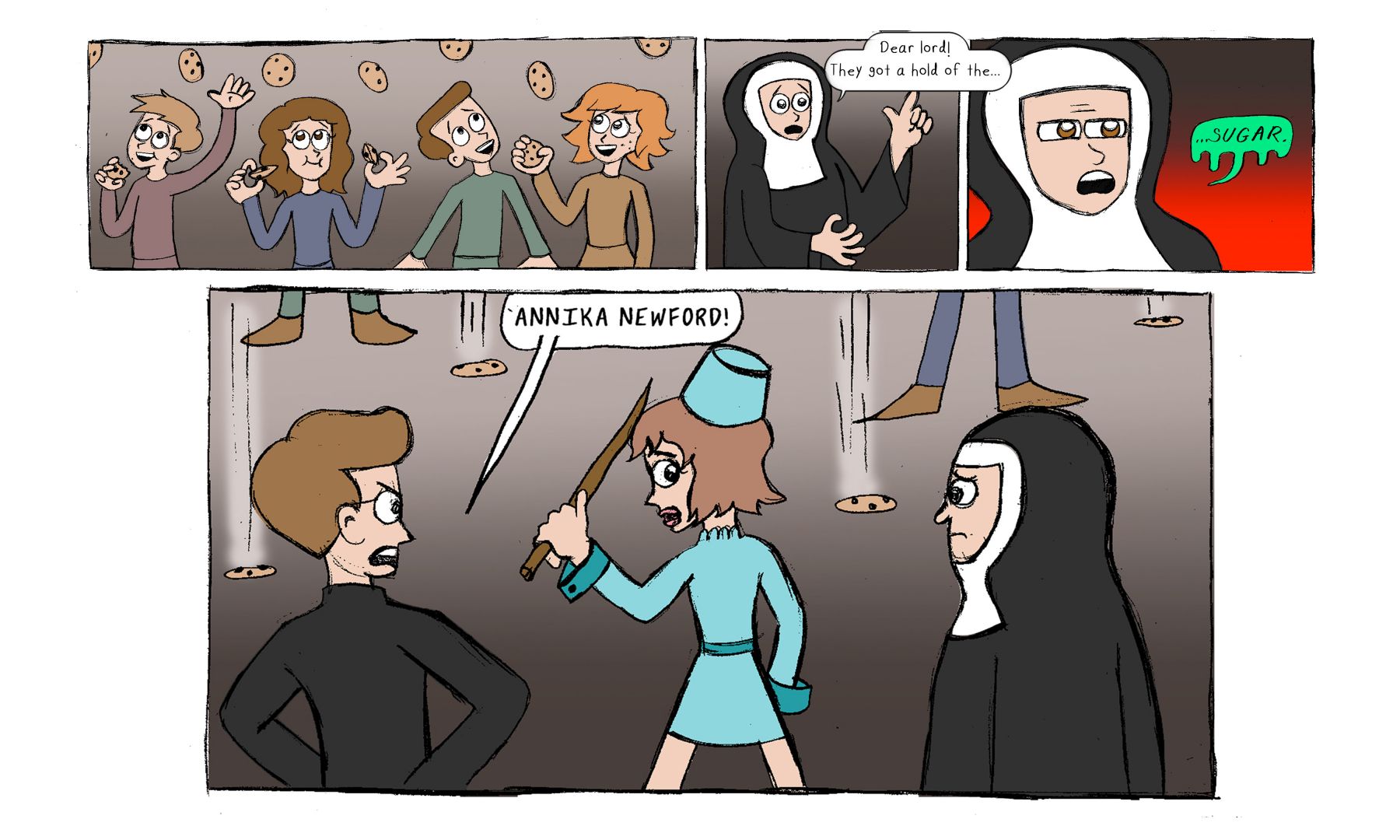 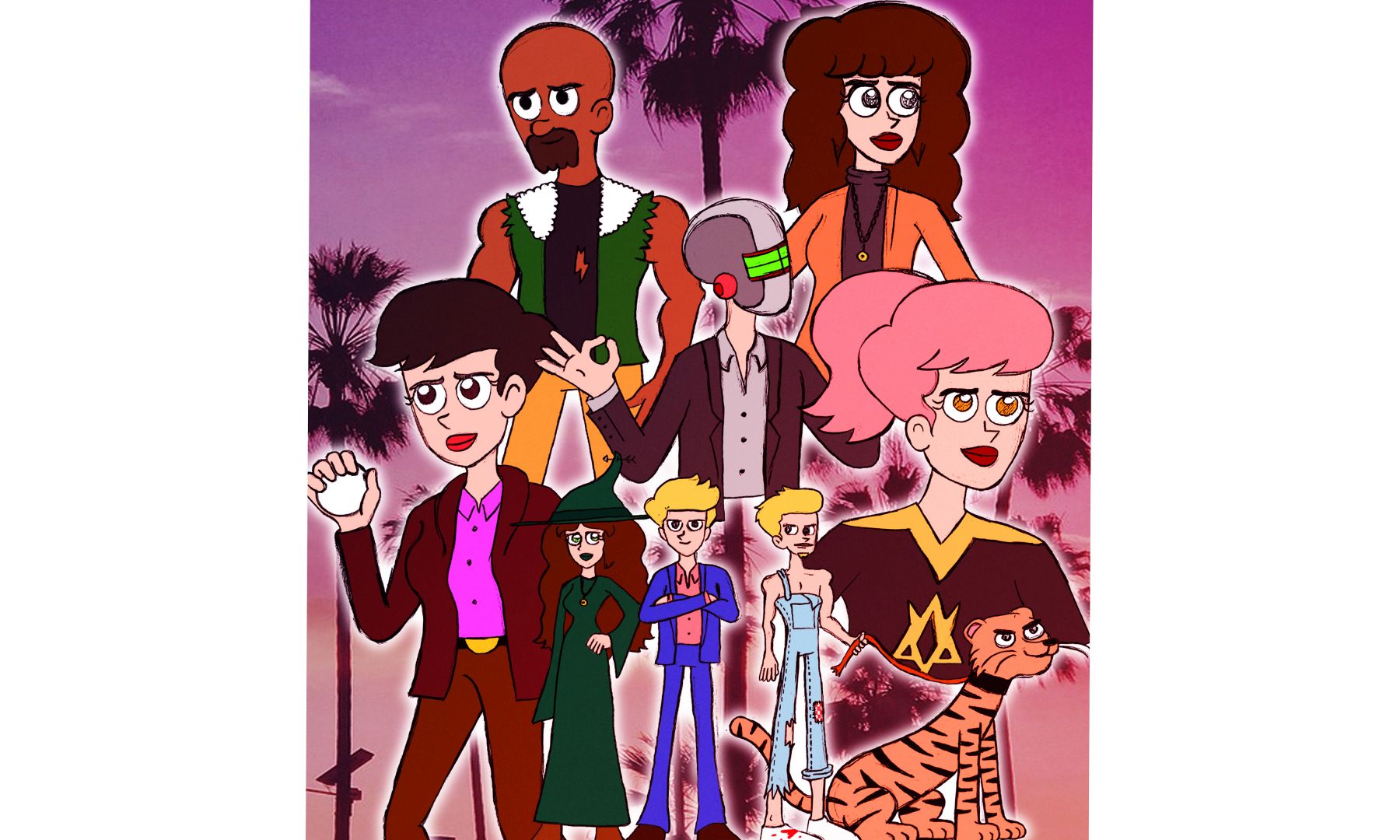 Shoutout is all about shouting out others who you feel deserve additional recognition and exposure. Who would you like to shoutout?
Marvel comic books have always been very close to my heart. Stan Lee is obviously a huge influence on me, however I have to say: Kevin Feige has definitely impacted me the most. The way he took Marvel’s “B-tier superheroes” that Sony/Columbia deemed “not as interesting as Spider-Man” and turned it into the highest grossing film franchise of all time, and created a new form of long form storytelling. It inspired me to create my own interconnected comic book universe and write a never ending story in an attempt to contribute to this new medium.