We had the good fortune of connecting with Christina Bulbenko and Rex Broome and we’ve shared our conversation below.

Hi Christina and Rex, do you have some perspective or insight you can share with us on the question of when someone should give up versus when they should keep going?
Christina: We’re a band, but Rex and I also run Big Stir Records, and in pre-pandemic times we produced a lot of live shows for bands on the guitar pop scene. The onset of the pandemic obviously posed a lot of challenges to both of those enterprises. On the label side, we were responsible for the work and livelihood of a whole bunch of artists who were about to get hit hard by the changes in the world. We felt like we couldn’t give up on that, and we resolved to to keep going and get better at what we do for them.

Rex: In fact we were grateful to be busy and have challenges to meet. That was better than doing nothing, and it had meaning. But for ourselves as a band, we really didn’t think much about it at first. We are typically a very busy live group, we need all of our members to do recordings, and we didn’t foresee ourselves being able to make a record under quarantine conditions. But we were inspired by what our artists were doing, how they were reinventing the process in spite of the challenges, and we slowly started recording again as an escape from the business challenges. It blossomed into a really unique album project from there. 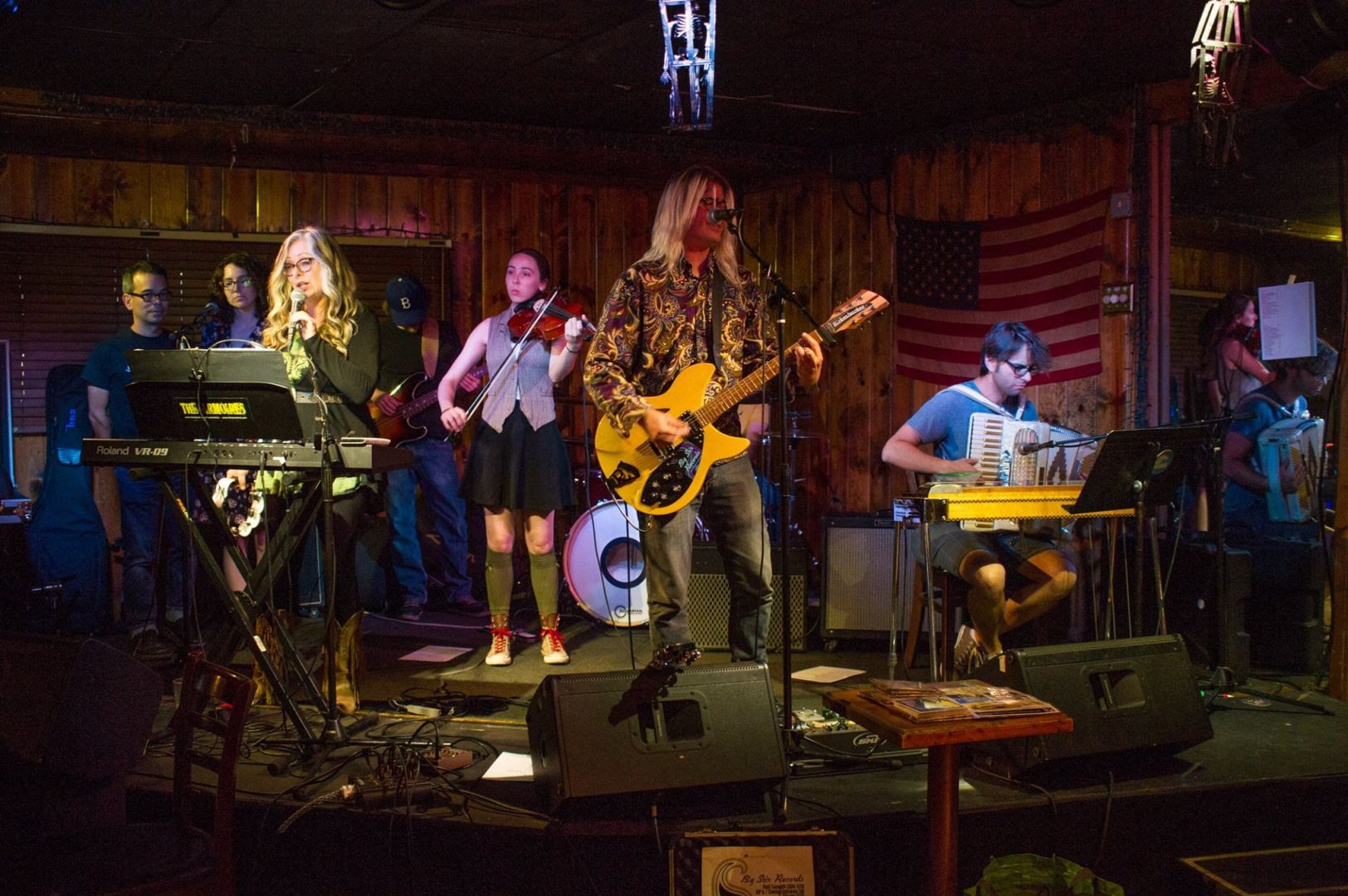 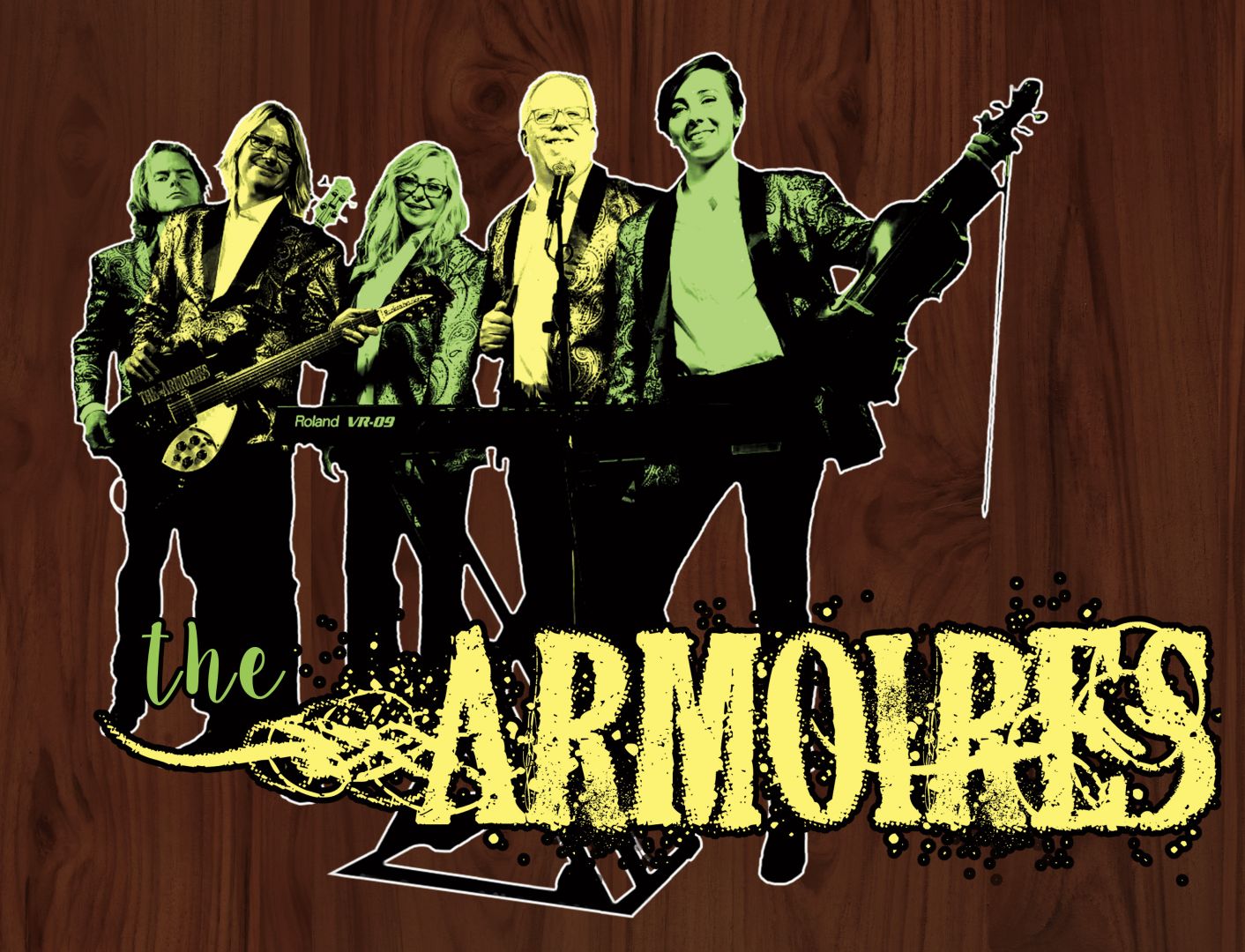 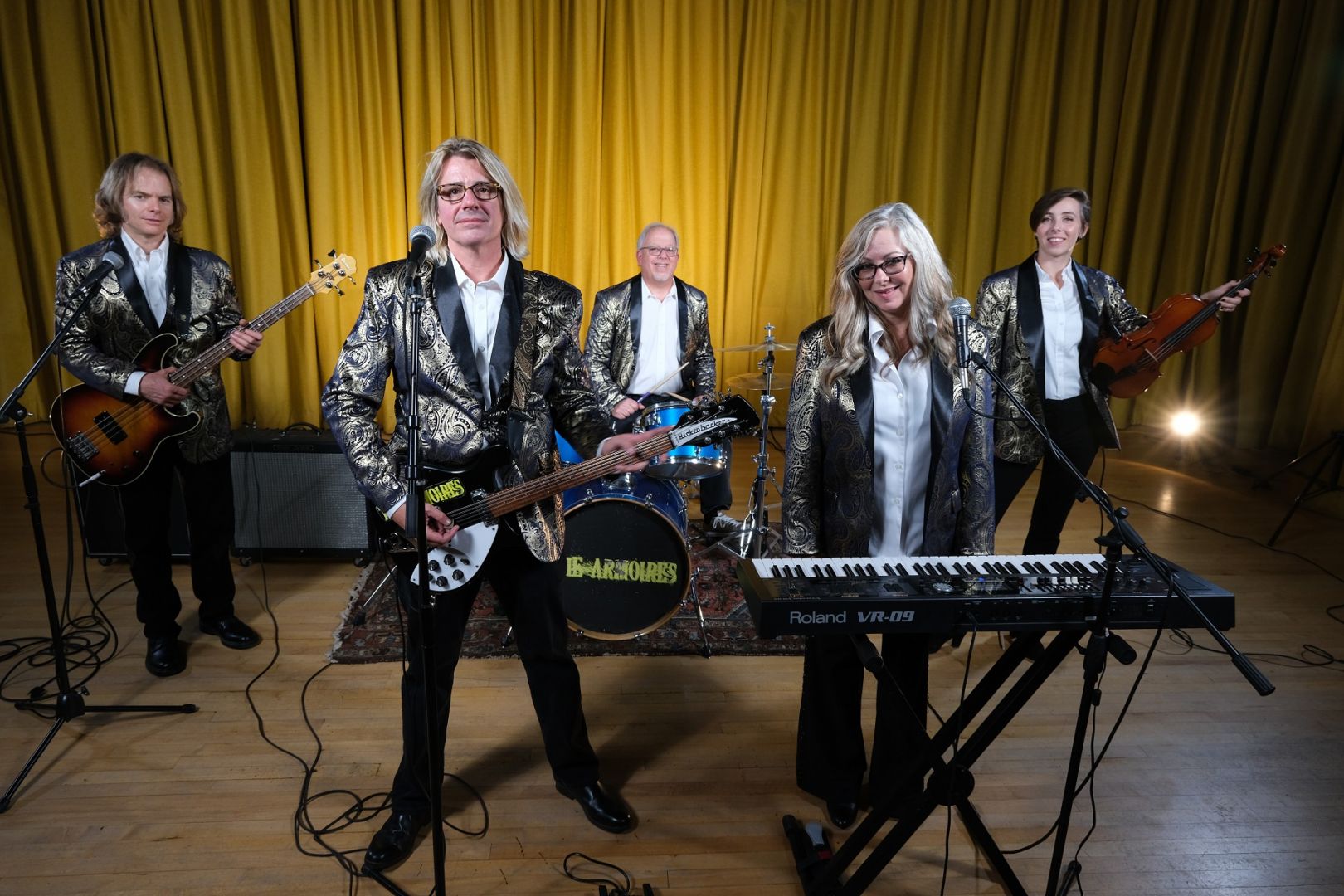 Can you open up a bit about your work and career? We’re big fans and we’d love for our community to learn more about your work.
Rex: To me, the best thing about being in The Armoires is that it’s not just a dude or a chick and their backing band, There was a choice that Christina and I made in sharing the vocals that’s about more than just having nice harmonies. It’s about the fact that when each song starts and we open our mouths to sing together, the listener knows right away that it’s not a singular viewpoint, or even a singular gender… we sing “we” way more than we sing “I”, and we just find that so freeing and so much more interesting as a place to start. It lets the songs be what they need to be, without perceptions about personalities or viewpoints interfering. What are we saying, and who’s really saying it? The listener gets to hear that unfold and put themselves into it, however it makes sense to them. We love that.

Christina: And our instrumentation is unique enough that we can be really flexible with our material, without losing our identity. People think of us as a guitar pop group, but that has to do more with the context and the arrangements than the songs. Rex plays mostly 12-string guitar, and my daughter Larysa plays a prominent viola, and I’m on keys, and there’s a focus on melody and obviously lots of harmony… those are all characteristic pop-rock elements, but our combination of them is pretty distinctive. After three albums it’s pretty hard to mistake us for anyone else. So we find more and more that we can take on new forms and structures, things that are pretty far from the ’60s rock model with which we’re identified. Harder and more angular sounds, rootsier sounds, glam overtones, art rock, all kinds of things go into the stew and it still comes out sounding like The Armoires.

Any places to eat or things to do that you can share with our readers? If they have a friend visiting town, what are some spots they could take them to?
Christina: It’d be all about music in a post-pandemic world, and of course LA is rich with musical history. But it’s hard to even know what things will be like in LA when it’s all over. We’ve barely left our houses for a year and we’re really of a wait-and-see mindset as to what things will be like in the future, especially for live music. We want to pick up the thread of our Big Stir Concert Series at Joe’s Great American Bar in Burbank, but we want everyone to feel really ready… nothing could be more dispiriting than throwing a party that half of the people aren’t comfortable attending!

Rex: My kids and I really spent the last year supporting the struggling businesses in our NELA neighborhood because we were worried about losing them. Almost all of them on our local stretch of Figueroa. We ordered out from Penny’s Burgers at least once a month and hit the great Tacos Sabrosos truck that parks outside Food 4 Less, and Fidel’s Pizza was a staple, too… Ramen of York over on, well, York, for special occasions. They’re all still in business and we like to think we helped… and we’ll remember them as having gotten us through these strange times! We really missed the amazing Highland Theater for our moviegoing tradition, though. Netflix and Disney+ were life savers, but… it’s not the same as our $6 Tuesdays in an old-school movie house. 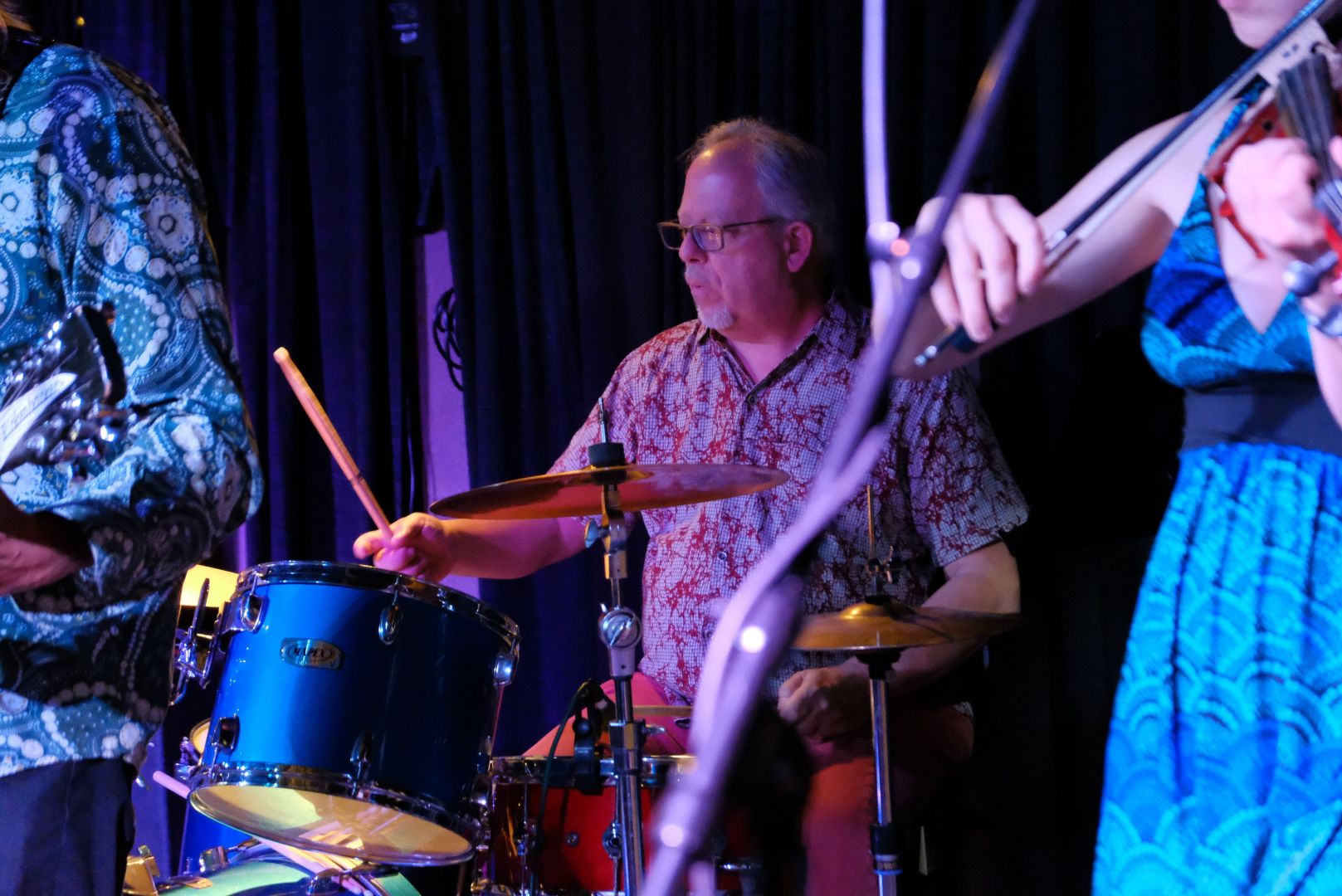 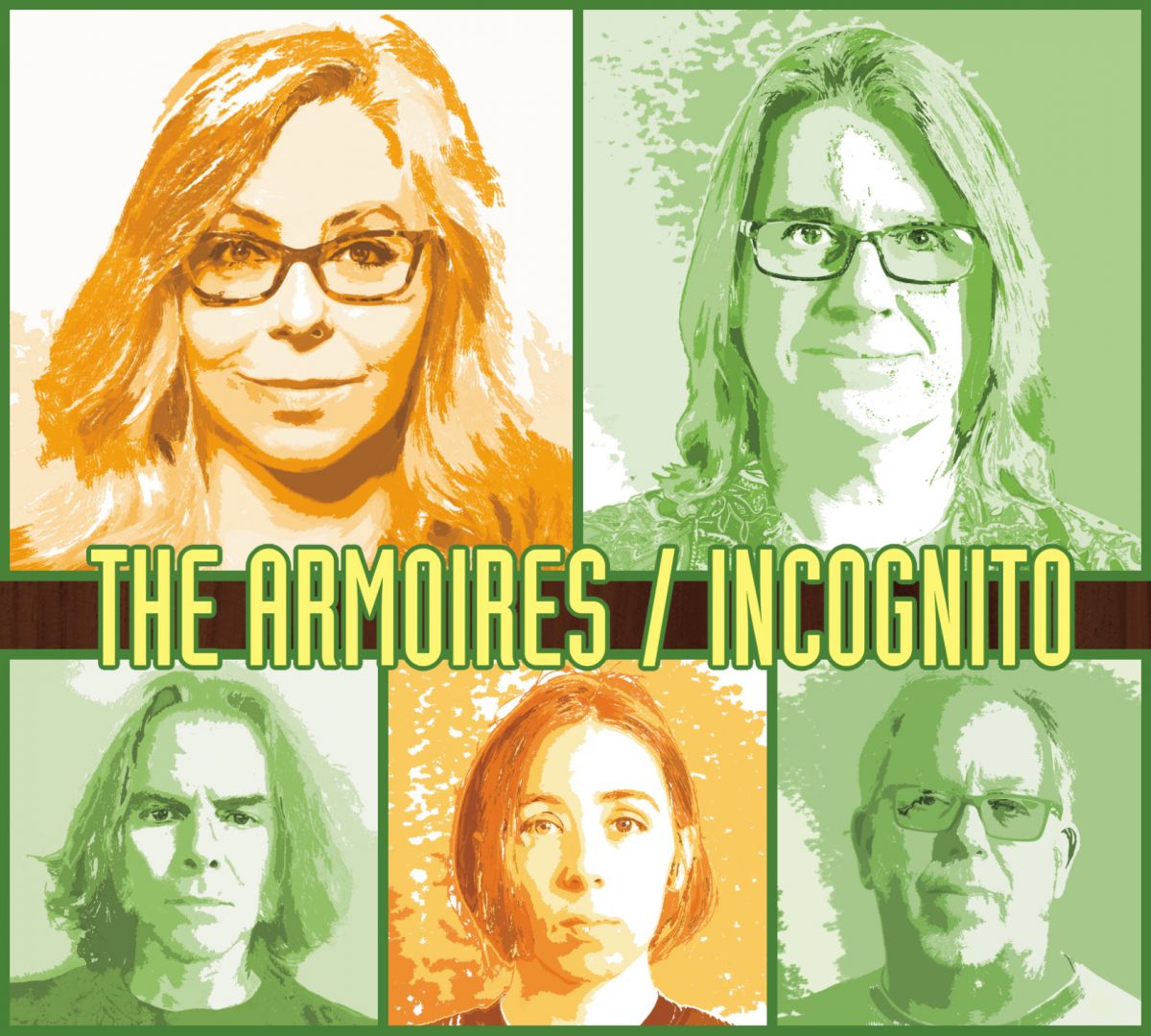 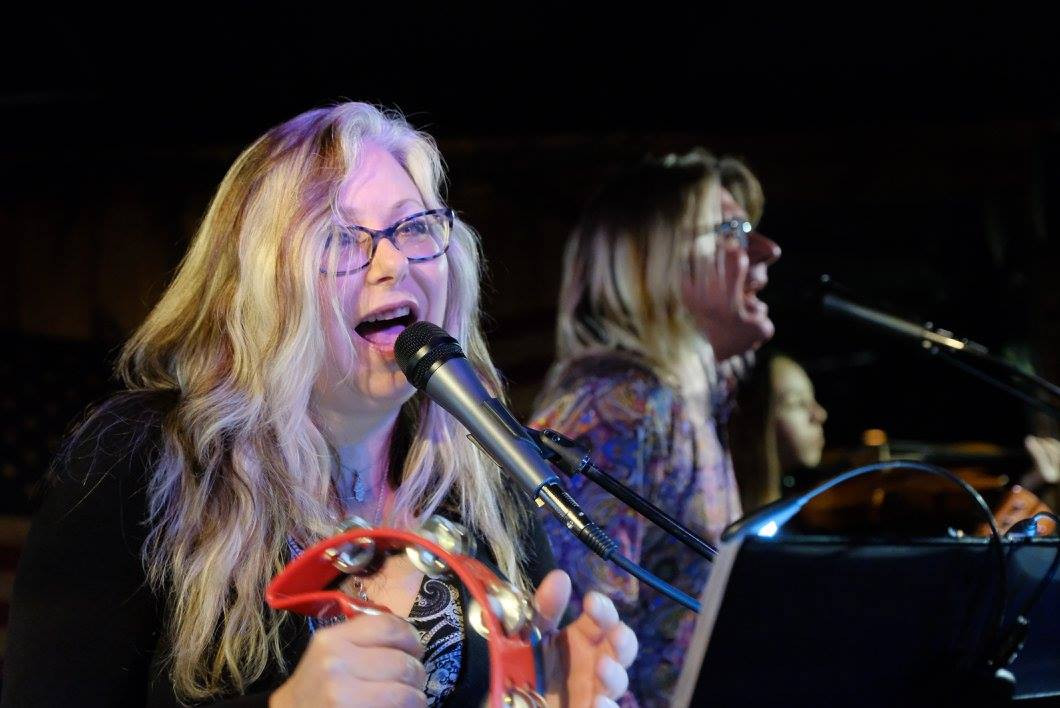 The Shoutout series is all about recognizing that our success and where we are in life is at least somewhat thanks to the efforts, support, mentorship, love and encouragement of others. So is there someone that you want to dedicate your shoutout to?
Our drummer, John Borack. He also plays with Popdudes, The Test Pressings, Irene Peña’s band and many more, but he does so much more. He’s a brilliant rock writer, with a column in Goldmine Magazine, and a number of books on music to his credit and more on the way. He serves as the DJ at our live concert series. He’s produced tribute compilations featuring artists paying homage to their greatest influences. And he has such a giving community spirit — there’s nothing that we just listed that he hasn’t done in the service of charities of all kinds, beyond which he volunteers his time, alongside his wonderful family, to feeding the hungry and less fortunate in his home city of Fountain Valley and beyond. John’s a real talent and genuine mensch. We’re fortunate to have him along on our musical journey.