We had the good fortune of connecting with Christine Cho and we’ve shared our conversation below.

Hi Christine, we’d love to hear about how you approach risk and risk-taking
I used to weigh my risks by starting with the negatives – what are the worst risk factors? What can go wrong if I do “X”? Listing out the negatives was normally a sure-fire way for me to trigger my anxiety and spiral down a k-hole of hypothetical concerns. I find that it can also get harder to discern whether a risk factor is even practical or just plain anxiety. To top it off, sometimes the biggest and muddiest risk factor can be the abyss that is the unknown.

Lately, I’ve really been into riding the wave of the unknown. When I think about risk taking, I think back to moments in my life when I chose to take the comfy route and I almost always find myself landing on the lingering regret and the question of “What if I had said yes” echoing in my mind. Applying this concept to my career choice as a filmmaker was a bold move for me, but I’m learning to embrace the art of risk taking as a way to challenge myself and grow as a person.

I’ve been finding that sometimes – circumstances permitting – facing the expansive unknown head-on can lead to unexpected positives, and it’s basically changed my entire outlook on how I weigh my risks now. I’m also starting to see the effect of this take root in my life as I start taking more risks, I start seeing more opportunities. It’s cheesy (or so I used to think), but it’s true when people say that the more you put yourself out there, the more you receive in return, and I’ve witnessed that to be true when it comes to the process of filmmaking. 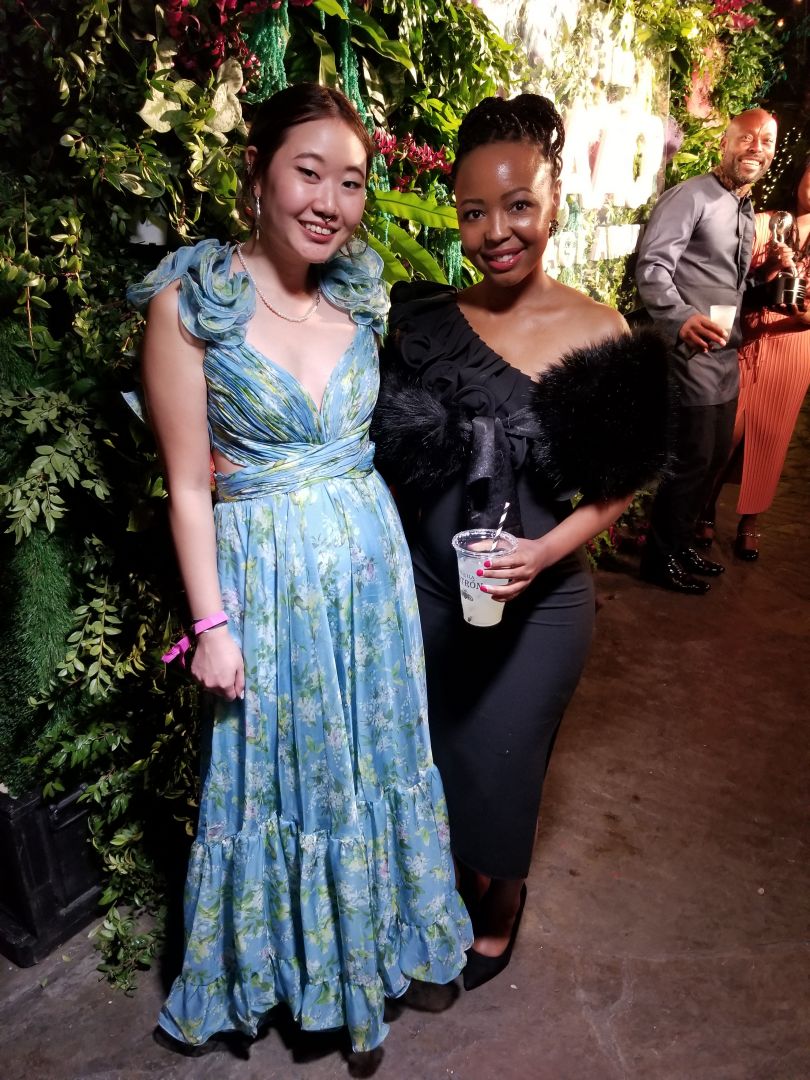 Can you open up a bit about your work and career? We’re big fans and we’d love for our community to learn more about your work.
I went into film because I wanted to change the world, and I saw movies as a way to do that. Growing up in the Midwest, the closest I ever got to the filmmaking world was the behind-the-scenes bonus content from my DVD box sets, but I really hung on that content because the magic of movies had always fascinated me. As a kid, I was a very reactive TV watcher – I’d share a deep cry and a belly laugh with the characters and come out of the experience feeling changed. The more media I consumed, the broader my worldview expanded and I was able to imagine more possibilities. Older generations may chuckle at younger people who muse about what life was like before we had all-encompassing access to endless movies and TV, but I love the way these moving pictures can move a person’s soul and change the world in your brain as you know it.

That’s what I want to do with film. I want to tell a story and bring audiences along for the journey so that by the end of it, everyone feels changed for the better. Whether it triggered in you a journey of uncomfortable reflection or a connection with a perspective, I believe that film can be a powerful vehicle for changing the world to look more and more like the one we want to see. I notice this in the way the strides that we’ve made in film surrounding BIPOC and queer representation have moved in tandem with the way the world has grown to respect these identities on a deeper level (except for Florida lol).

After becoming a filmmaker, I discovered that the art of making a film is entirely different than the experience of watching one (duh), but I was awestruck by how inspiring I found the filmmaking experience to be. As literally every person says, it’s not easy work, and it’s one thing to revel in the exhilaration of having taken the plunge to make a film, but I quickly learned that it’s not much without actually putting in the hours and following through to the very end. And as literally every other person says, I learned that it really takes a village to make a film. In my most recent filmmaking experience, I was given the chance to produce a short film to be shot in South Africa for my thesis film. Despite the mountain of challenges that I knew were to come with the endeavor, I closed my eyes and said yes, and I haven’t looked back since.

For this short film, the work entailed a year of pitching the film to 2 separate continents and knocking on every door to help us find the necessary funds and resources; then even more months of securing all the resources in Johannesburg; hiring crew and cast; scouting locations; renting equipment; shooting the film in its entirety and transporting the footage back to the editor and sound designer in Los Angeles in the midst of borders closing on account of an (at-the-time) impending global pandemic; many more months of delayed post-production over countless zoom calls between the director and the post team to edit the film remotely in quarantine; then even more months of submitting the film to awards and festivals and waiting for responses; THEN once the film started getting accepted to festivals and subsequently went on to be shortlisted for the Oscars, the work was many months of campaigning and boosting the film’s publicity and finalizing the contracts for the film after it won the HBO Competition at the American Black Film Festival and secured HBO distribution. The film, called When the Sun Sets, is now streaming on HBO Max.

All that is to say that through the entire experience, our team has had to face countless unknowns head-on to keep forging ahead, and in turn, we have all come out of the experience transformed. Now when I think of making and completing a film, I see it as a testament to the entire team’s resilience and growth. The final product can show for all of the work every person put in, but as I said before, my favorite part is sharing the work and the journey with the rest of the world. 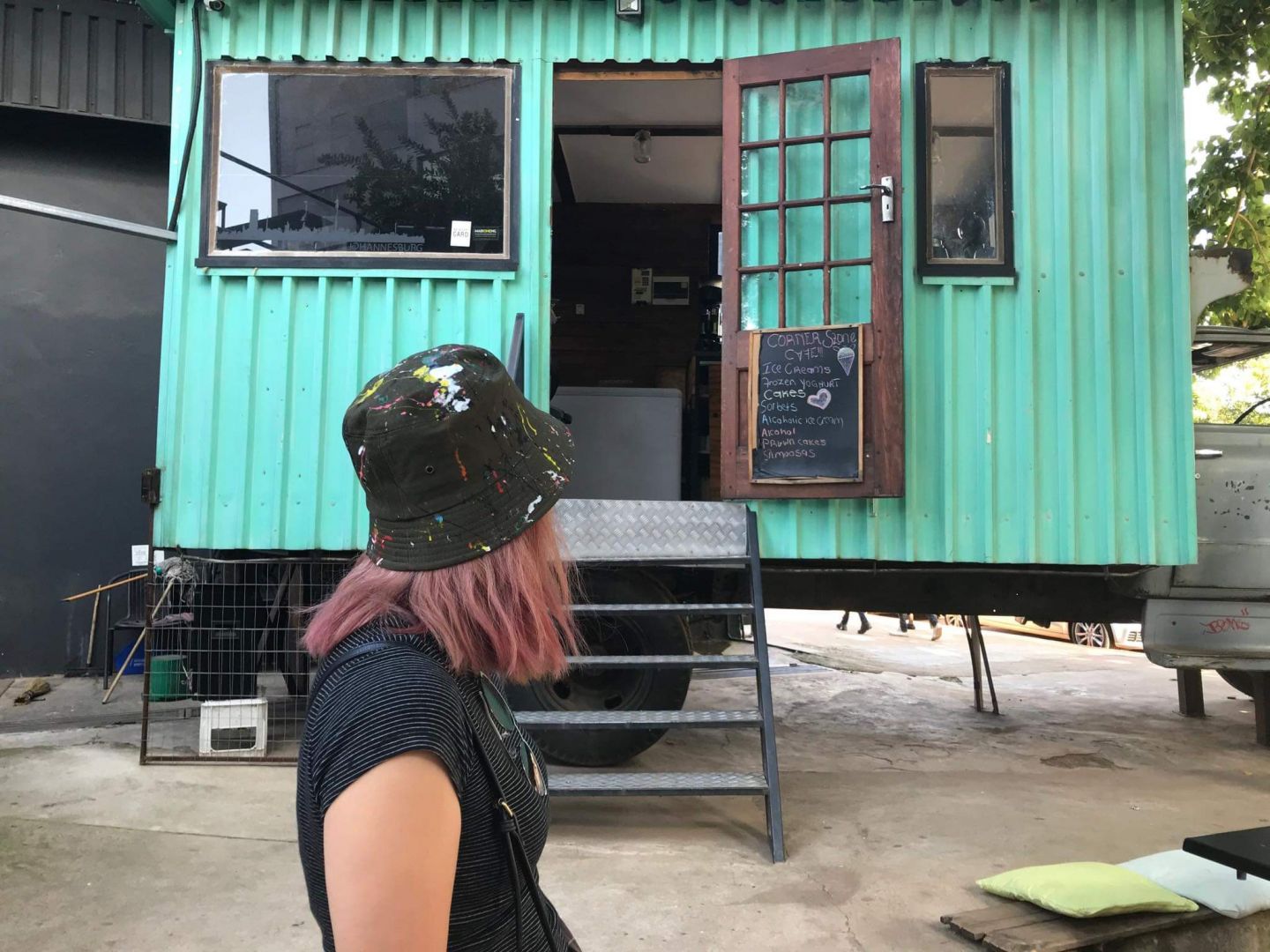 Let’s say your best friend was visiting the area and you wanted to show them the best time ever. Where would you take them? Give us a little itinerary – say it was a week long trip, where would you eat, drink, visit, hang out, etc.
If I had a friend visiting the area and budget was not a factor at all, I would 100% try to take them to Universal Studios and Disneyland. The two are kinda non-negotiables for me and part of the whole reason I’m in LA to begin with.

As far as other places go, I’m a bit of a hermit in the pandemic and I don’t really frequent anywhere, so I’d have to outsource a really good tour guide to help us out for the rest of my friend’s trip. 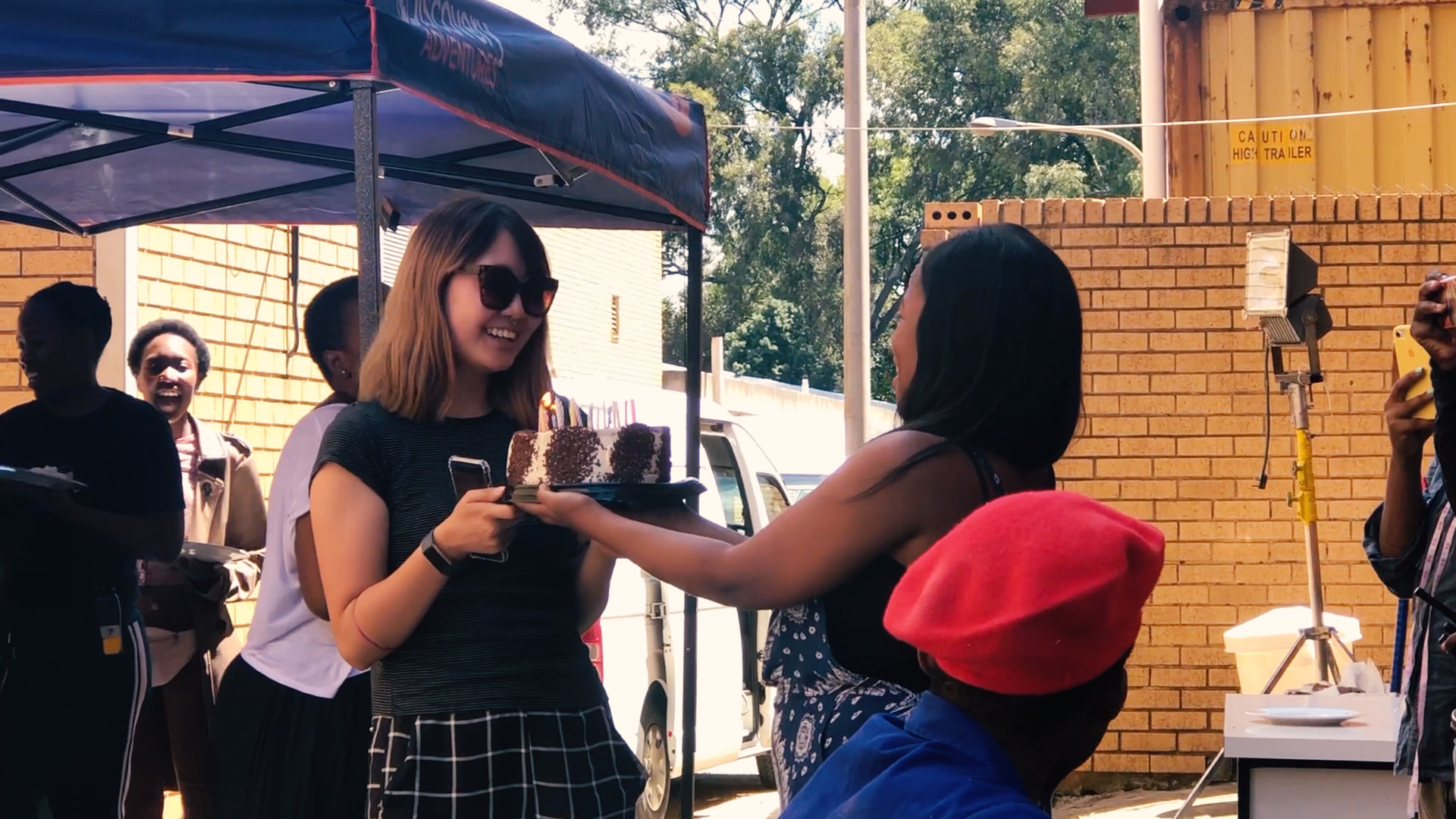 The Shoutout series is all about recognizing that our success and where we are in life is at least somewhat thanks to the efforts, support, mentorship, love and encouragement of others. So is there someone that you want to dedicate your shoutout to?
I have to shoutout my parents first and foremost because whether they wanted to or not, they indirectly played a huge role in opening me up to pursue film as a career. Without their encouragement, I would not have had the confidence to confront what I really wanted to do with my life. I stay grateful, knowing that my parents have looked out for my happiness from the very start and I was able to grow up knowing how to believe in myself and pursue my interests without hesitation. I take pride in being their daughter and carrying on their legacies, and hope to one day pass on their nurturing powers when I foster a family of my own. 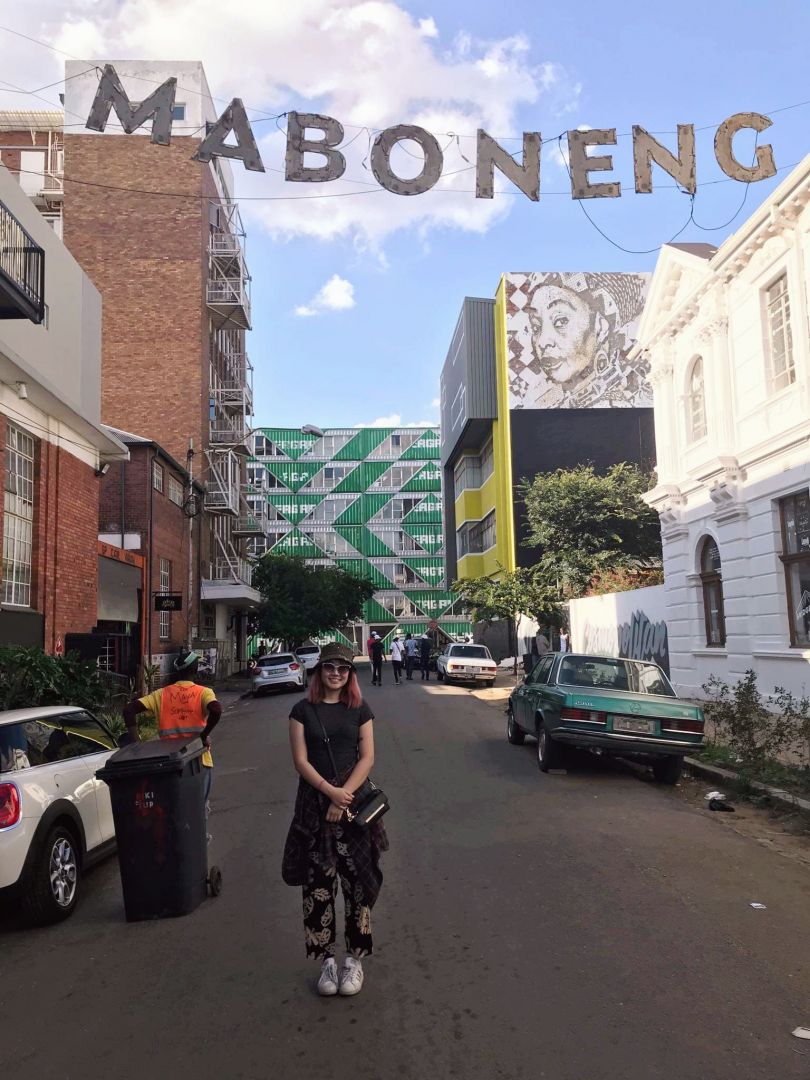