We had the good fortune of connecting with Chrystal Christie and we’ve shared our conversation below.

Hi Chrystal, have you ever found yourself in a spot where you had to decide whether to give up or keep going? How did you make the choice?
Keep going or give up? This is such a loaded question but It definitely goes through a lot of creatives heads at least 1 to 1000 times in their career. It often creeps up at the worst times, maybe you make a mistake on an art piece you’re working on- GIVE UP. Maybe you just finished an extremely intricate piece- WHATS THE POINT? We could go a lot deeper into the existentialism of it all but we’d be here for days. Our reasoning to do anything really, all stems from how passionate we are about what we do. Why does anyone do anything? There’s something inside us that feels like a little fire full of desire that comes out when we’re about to start a new project. It’s all about how we can tame and control that fire to last and not burn out. 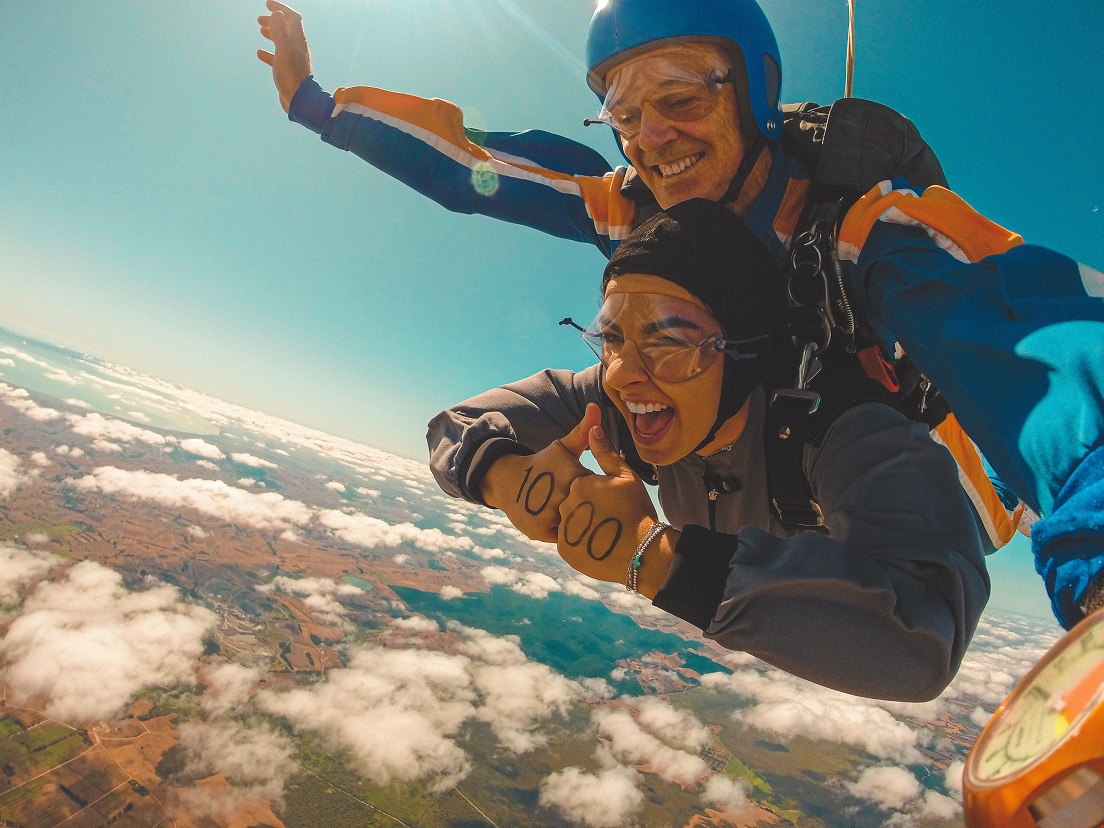 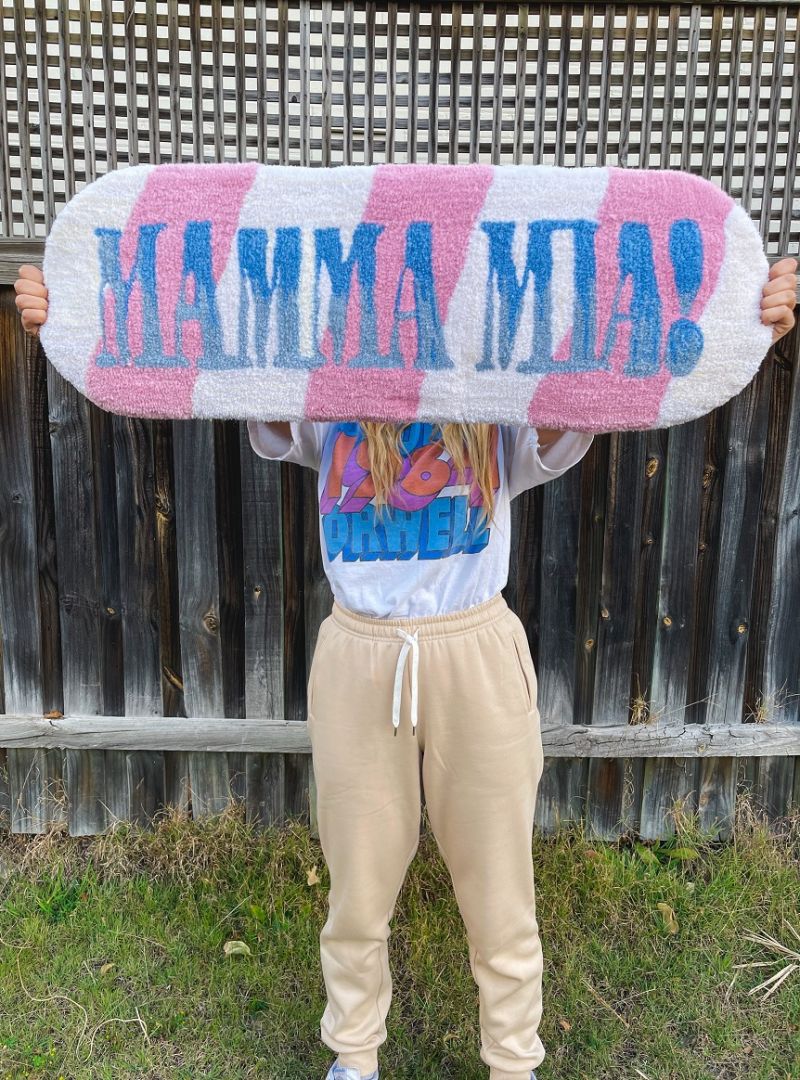 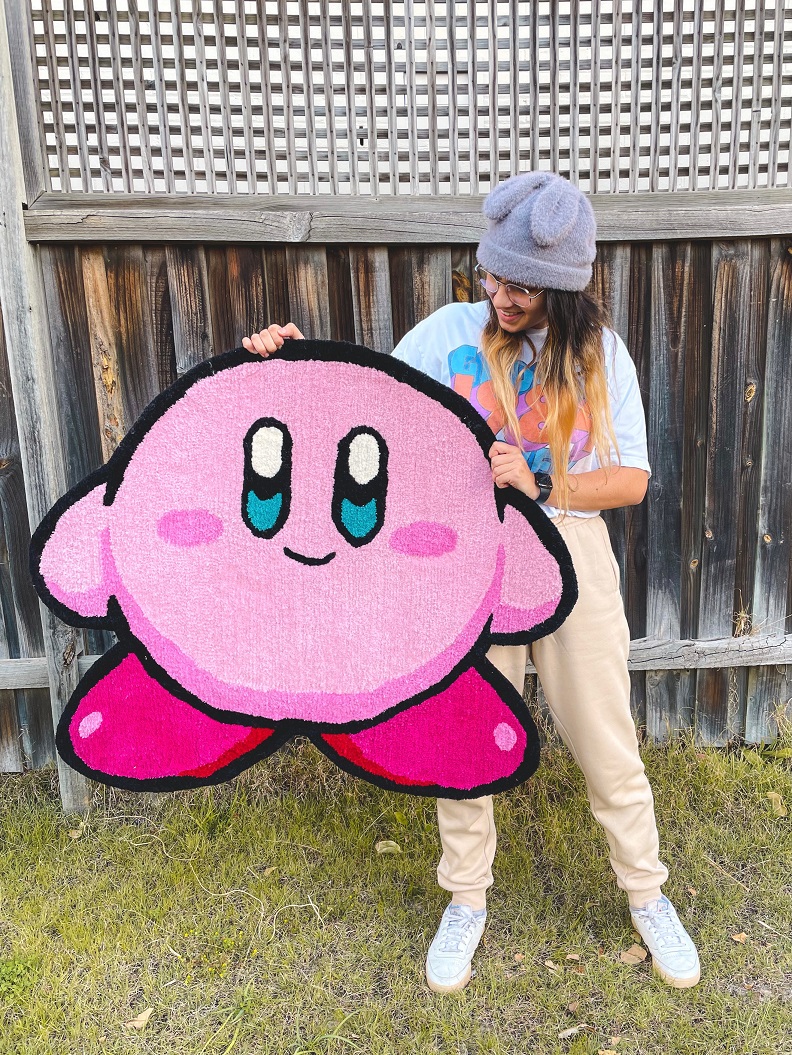 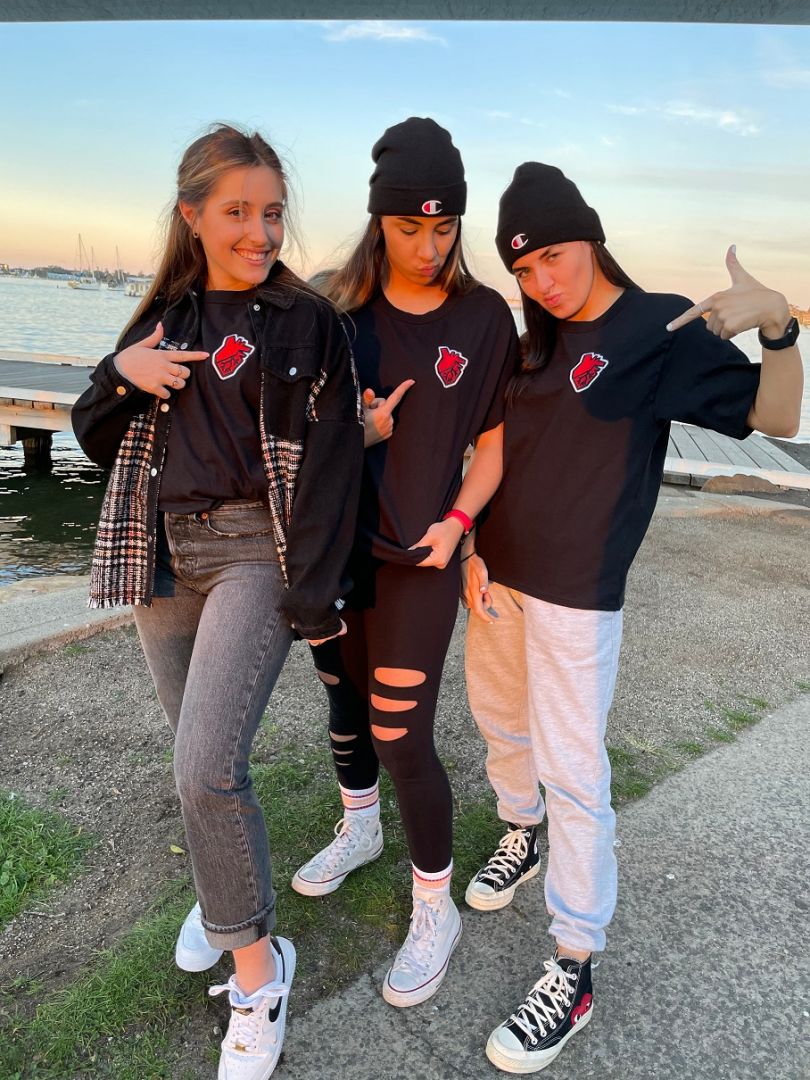 Can you open up a bit about your work and career? We’re big fans and we’d love for our community to learn more about your work.
My love for art and film making definitely runs in my family. My mum is an artist, my brother is a film maker, and my dad…well he’s an electrician but a creative one for sure. So from young, my brother and I would make short films for fun and mum would send me to after school art classes, this was just the beginning.

When I was 16 my parents bought me a GoPro to take on my school trip to Greece for me to document my time there. During the trip I started to see what the video I would eventually make would look like in my head before even filming and editing it. When I got home I used the intense hours of jet lag to edit the video on iMovie. I had so much fun creating it and sharing it with my school and even to this day I have people sending me messages saying they’re watching it and are so grateful I captured those memories. That meant so much to me so I decided to create more and post on Youtube as much as possible.

During my last years of high school I started to wonder how I could make a living off creating art, and the most logical option my mum suggested was to get into design. The universities here in Sydney required a 70+ high school score to even be considered entry for the degrees I was interested in. I received a 68.45. However from young I felt a connection to NYC and always dreamt of living there so after some research I found a college in the heart of New York City that focused on graphic design and took applicants from all over the world. I applied, got accepted, graduated high school, packed my bags, said bye to my friends and flew from Sydney, Australia to start my dream of living and studying in the big apple. I documented this entire process on my Youtube channel and its so satisfying to watch back on now years later.
So many people thought my high school result would be a huge set back for me in my career but I didn’t let it, I had a dream and pursued it- theres always a way around if you want it bad enough.

After returning from NYC when my course ended, now with a diploma in Graphic Design, I started to freelance as a graphic designer, illustrator, photographer and videographer. I got a few little gigs here and there until I was approached by an entertainment company to become their head photographer and graphic designer while managing their social media. I had been persistent with my Youtube channel and at this point had just reached 1000 subscribers. So I celebrated by flying to New Zealand with my best friends to jump out of a plane together!
All of the gigs I landed exposed me to the wider entertainment/event industry and was so much fun until ‘he who shall not be named’ (covid) made an appearance and all events were cancelled.

What to do now? I was still freelancing graphic design but I love learning new crafts. During the first lockdown in Sydney I started to design and hand make stickers to sell on my Etsy store. When I was younger I used to sell hand made clay Minecraft figures and prints of fan art I drew, but thats besides the point. I revamped my store and a few of my sticker designs went NUTS! I was getting almost 50 orders a week! My dad had to build a whole studio for me just to make the sticker making process more efficient. People loved one of my designs so much I started to get messages asking if they could have permission to get it tattooed- I of course said yes and now theres about 30 people around the world (that I know of) who have gotten the design tatted on them. It blows my mind thinking I was just bored and inspired one night and decided to create something, and now that lives on peoples bodies forever. I also started to sell t-shirts and other apparel with my brand on them.

During this time I joined the Tiktok world, making random videos with some going super viral, but as I was scrolling one day I came across someone making a rug using a gun. I looked into it, bought the tufting gun, watched some Youtube tutorials and now I also make and sell rugs! Its such a satisfying process to do and to watch so while I make my rugs I go live on Tiktok and have hundreds of people watching.

Right before Sydney’s second lockdown that we are still currently in, I was offered a full time job as an in house graphic designer for a finance company. I accepted and feel super professional and corporate now. So currently I do my best at balancing my full time 8am-5pm job, with my sticker and rug making business while also creating videos for Youtube and Tiktok.
I’m not gonna sit here and tell you its easy because my GOD it is not especially when I have to be creative for 9 hours in the day and then continue to be creative ‘after hours’. I just need to constantly be motivated enough to get everything done while also having time to chill, relax and make something for myself from time to time too. As soon as I can feel myself potentially burning out, I take a step back, prioritise and carry on.

I’d love to eventually make it back to living in New York City one day again and even LA, hopefully making some films with my brother, but the time will come when its meant to- I cant wait!

If you had a friend visiting you, what are some of the local spots you’d want to take them around to?
When I was in LA, I visited my friend Elias and we decided to have a picnic in Lake Hollywood park. This was the year La La Land graced our screens and we were obsessed with the song City of Stars. I took my ukulele and we sat in the park with the Hollywood sign peaking in front of us while singing songs from the movie… “we are the fools who dream.” Two kids from Sydney, Australia, pursuing their dreams on the opposite side of the world. We ventured up to Griffith Observatory to really have the full La La Land experience. It was a magical day. 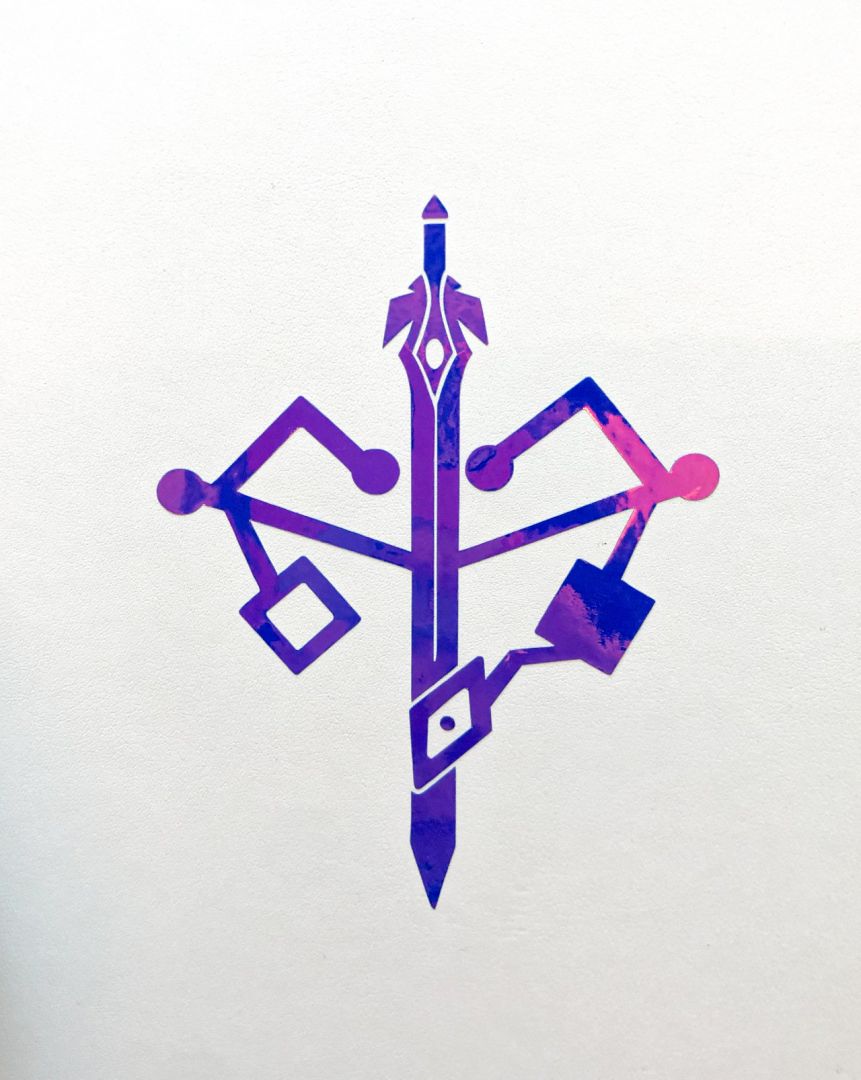 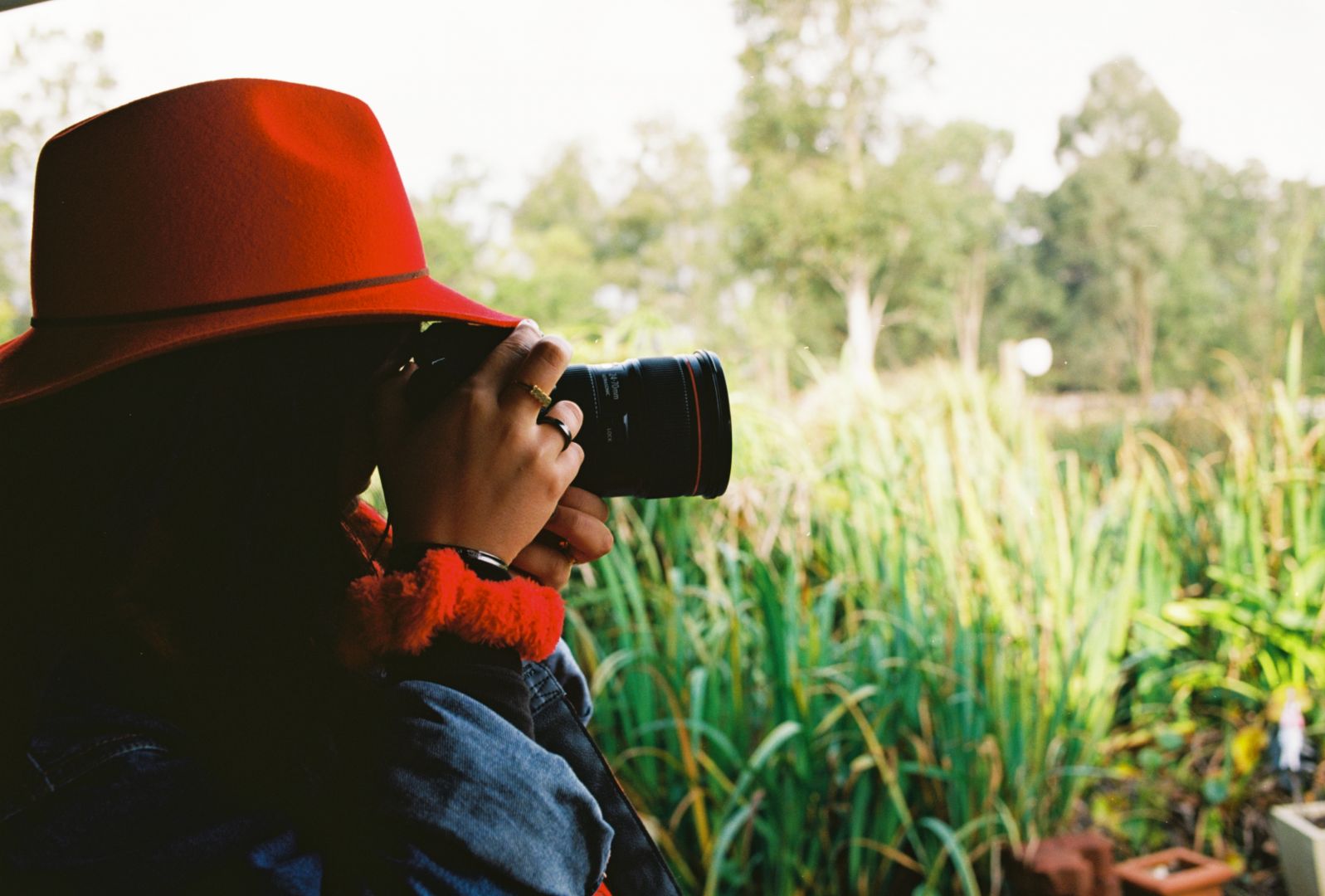 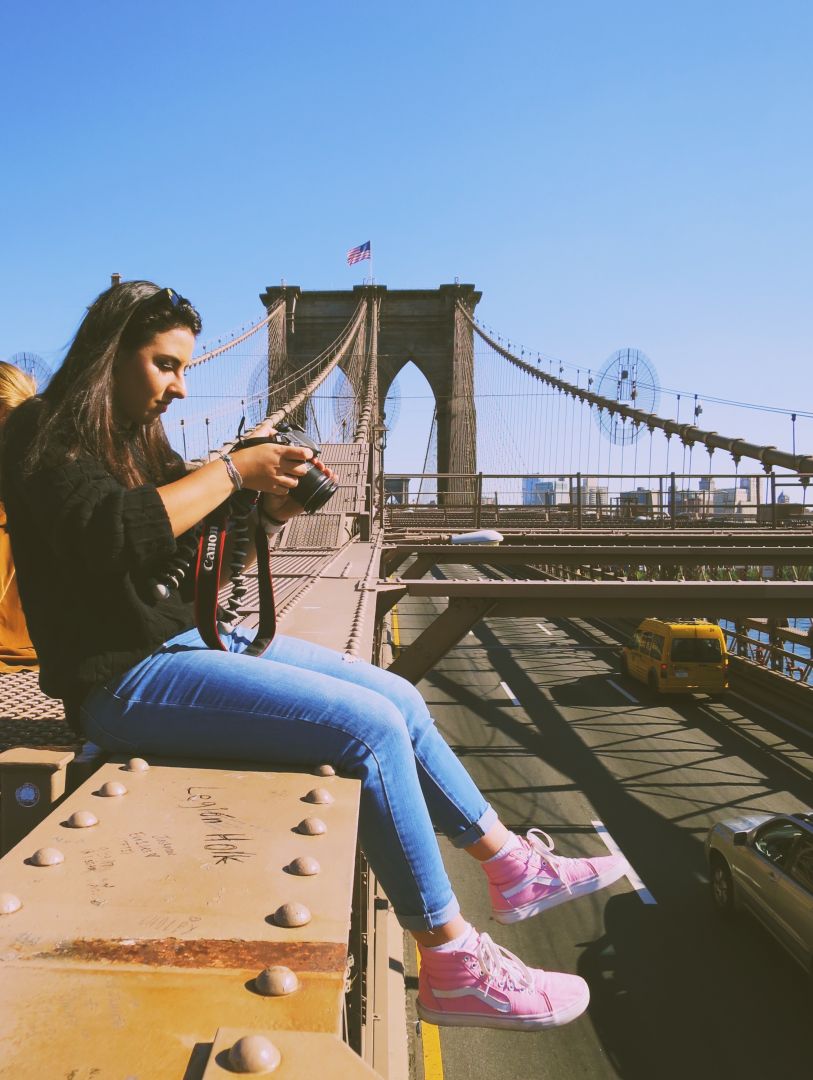 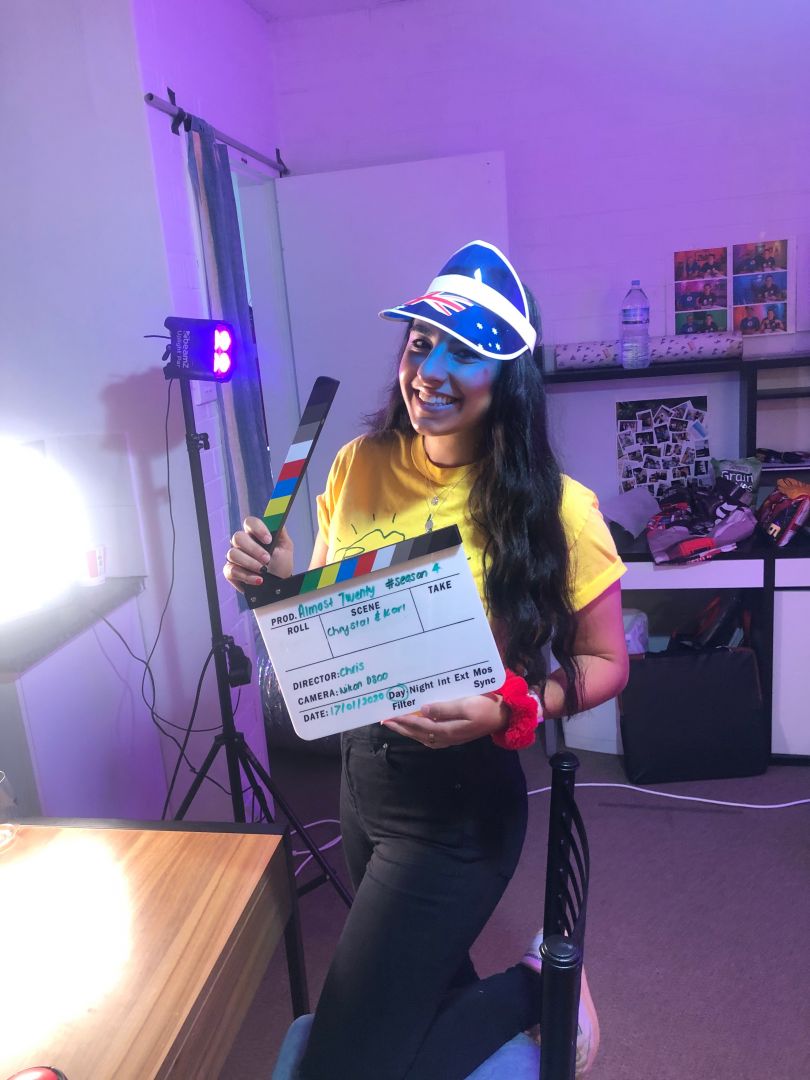 Shoutout is all about shouting out others who you feel deserve additional recognition and exposure. Who would you like to shoutout?
I’ve been so blessed from early on in my life to have had the opportunities to explore different creative paths because of my parents. If I took interest into literally anything they would throw me right in to give it a go. My mum Penny in particular has always told me to do my best at whatever I try and to always ‘”Be Chrystal” while I’m at it. The support from my family has always been a constant and I love them so much for it.

I’d also like to shout out my good friend, Elias Hatzon. We met in high school and became close friends immediately (not just because of our obsession with the TV Series ‘Glee’) but because of our shared passion and excitement for what the future could hold for us. We both dreamt of packing up our lives in Australia to move to the US to pursue our creative dreams, so we kept each other accountable and supported each other as best as we could. We both moved to the US to study after we graduated from high school (I moved to NYC and Elias to LA) we sung ‘Mean’ by Taylor Swift at the top of our lungs!