We had the good fortune of connecting with Clay Steakley and we’ve shared our conversation below.

Hi Clay, how has your perspective on work-life balance evolved over time?
My entire concept of work/life balance has changed dramatically over the years. Early on in my career, whether it was in acting or music or writing, I of course said yes to every opportunity. I was the kind of person who was terrified of having even one schedule conflict on a project because I wanted to please everyone and be what I thought was the model artist.

The shift to establishing boundaries was gradual, but the big catalyst was when I lived in Washington, DC and did regional theatre there. I was working on a project and a cousin I was very close to passed away. I got permission to miss tech rehearsal (which is always nearly impossible to do) to go to her funeral. The attitude I got from other cast members and crew, and comments like “I’ve missed funerals and weddings to be at tech,” made me realize that there’s a severely broken idea of commitment in the arts.

Then I had a family, and work took an entirely different kind of place in my life. Now, whether I’m working freelance or for a company, I’m very clear about boundaries — when I am and am not available, when you can expect a quick reply and when you’ll be waiting until tomorrow or Monday.

That said, as a creative, you’re always working to some degree or another. The key for me is to be mindful and present. To really be there and really listen when I’m with others, and not always be waiting for some unattainable idea of success that’s always somewhere down the road.

It’s taken me 20 years to get to that place, but I’m thankful. I spent so many years not really being present in my life. It’s good to get that time back. 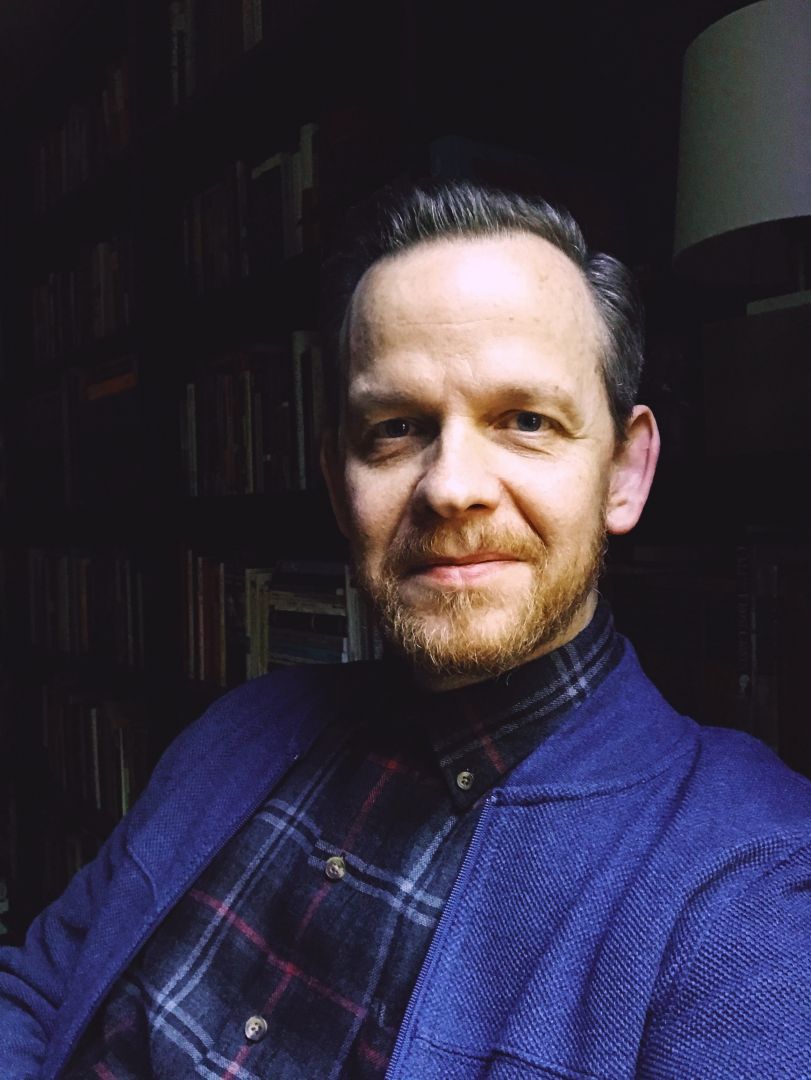 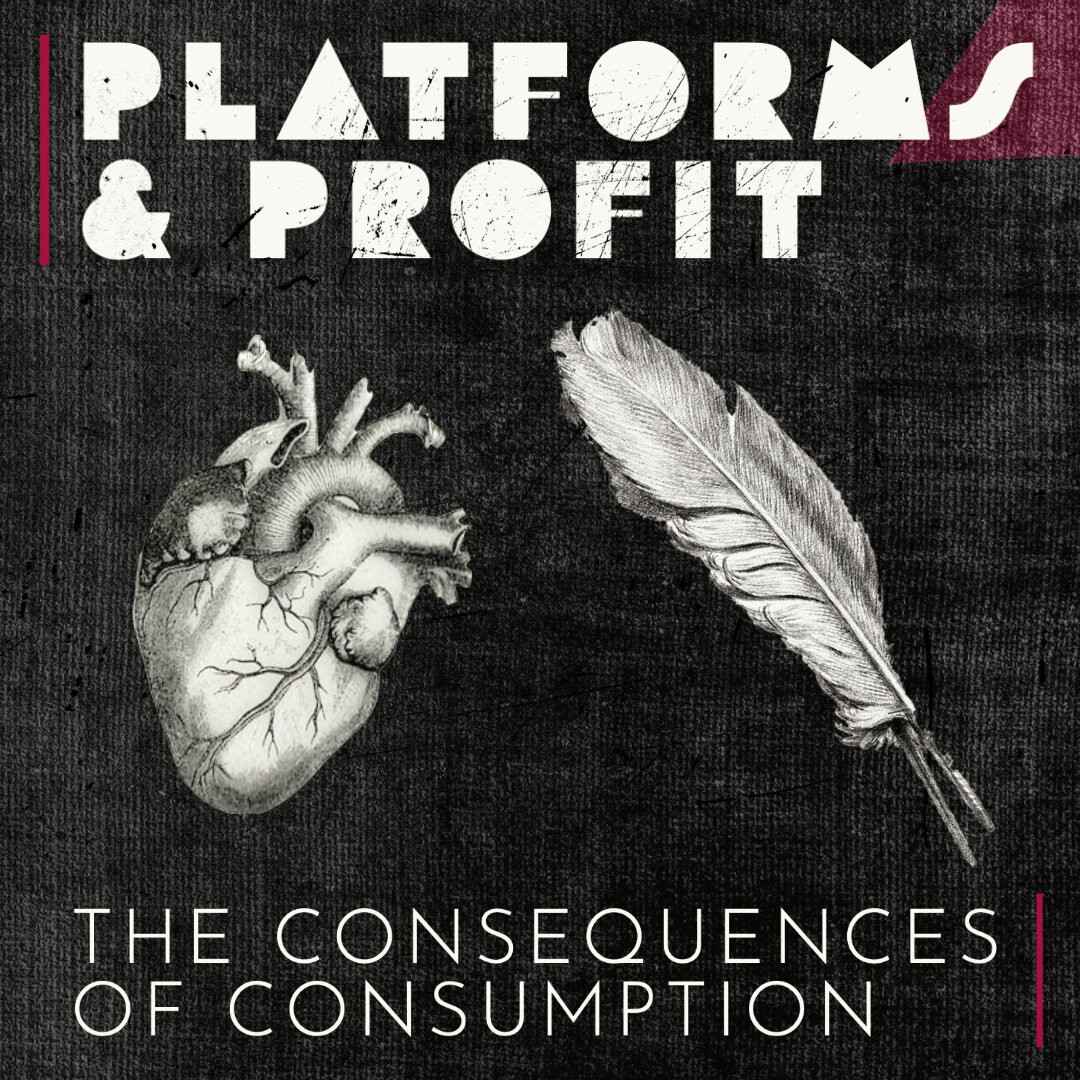 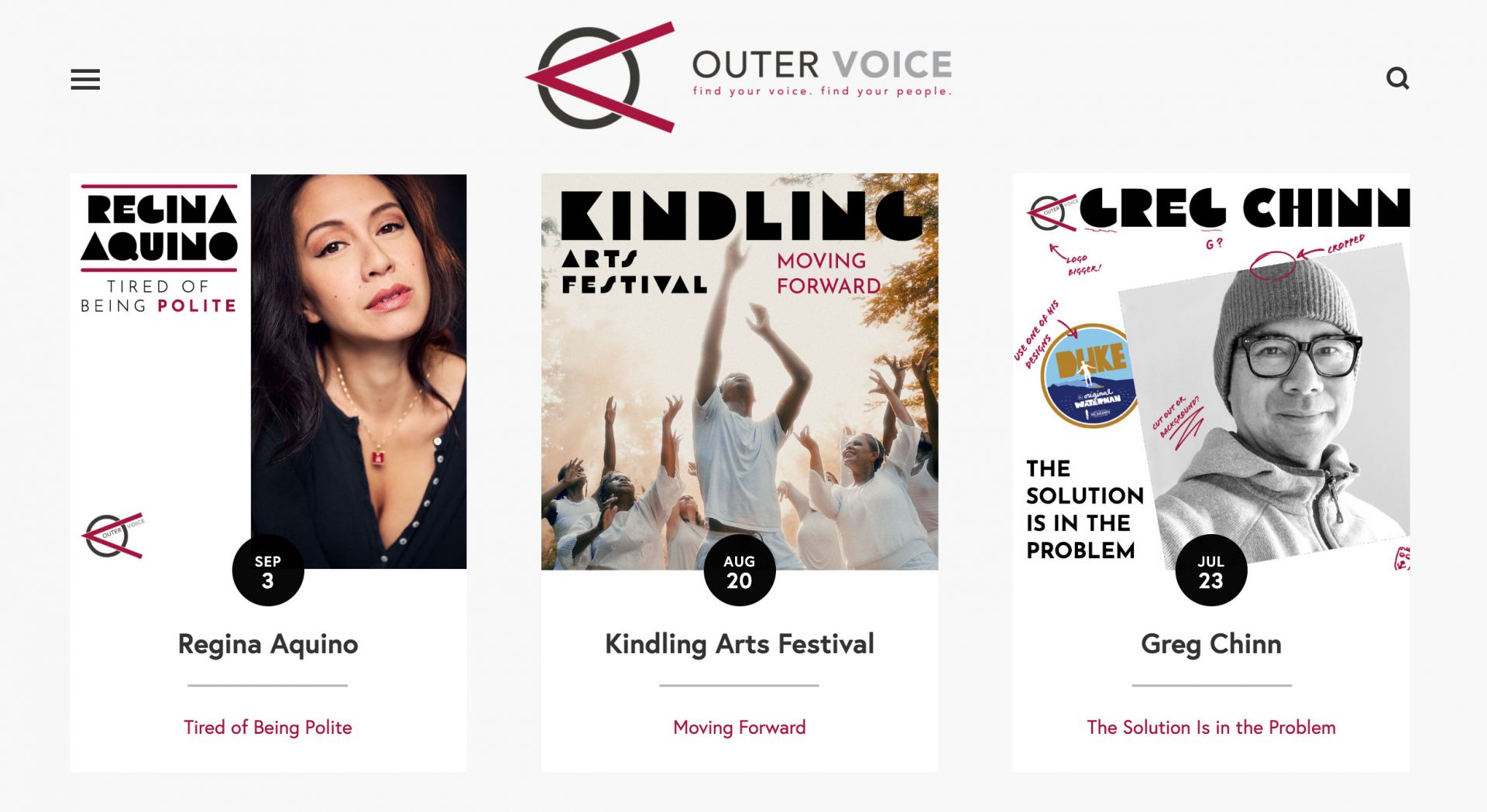 Let’s talk shop? Tell us more about your career, what can you share with our community?
It’s been a really long and winding road to get to where I am today, which is still very much the middle of the journey.

I started out as an actor and musician and sometime music journalist in Nashville, Tenn., where I was really, really fortunate to be part of an amazing community of musicians in the late 90s and early 2000s. Artists like Matthew Ryan, Josh Rouse, Swan Dive, Jay Joyce, Mike ‘Grimey’ Grimes, Will Kimbrough, Kate York… I was lucky to tour and record with a lot of amazing people, and also to interview artists as a journalist.

That was definitely me cutting my teeth as a writer as well as a musician. I was also working in Nashville theatre.

In 2004, two major life-changing things happened: 1) My wife and I moved to Washington, DC for her to go to grad school, and 2) I was cast in the film “Walk the Line” as WS “Fluke” Holland, Johnny Cash’s drummer. These two events led to a good decade of working as a professional actor in film, television, and regional theatre. During the 2000s, I worked in films like “Deja Vu,” the horror flick “Furnace,” and “White Lightnin'” which was produced by Vice and premiered at Sundance. I got one episode of the Wire, and shot a CBS miniseries about Elvis Presley with Jonathan Rhys-Meyers. I also worked at regional theatres like Arena Stage, the Kennedy Center, and Round House Theatre.

Then I got a little … arrogant? We moved from there to Los Angeles and I began that slog of close calls and disappointments that most actors hit. Gradually, we got more and more broke as I swore that the next big film was right around the corner.

After a Christmas when my wife and I swore to spend no more than $20 on each other, and at the thrift store, I decided I needed to get my act together. I’d continued working occasionally as a freelance writer and had also published a few stories and poems, so I dusted off my writing resume and hit the pavement.

I gradually worked my way into more freelance work and then into full-time in-house copywriter work. In 2016, we moved back to Nashville to be near family, and I began to work full-time as a senior writer for a design firm, but not really reconnecting with any of my arts friends.

It took a COVID layoff in 2020 to shock me out of a stupor. While I was on unemployment and applying for jobs, I started Outer Voice, which is my online arts journal. I realized I’d spent more than 20 years working in the arts in music, film, theatre, and literature, and I knew a lot of really cool people who I wanted to introduce more people to!

Outer Voice is all about how artists find their individual voice, and what change they hope to make in the world.

In the meantime, I began freelancing and playing music and acting again. Most importantly, I recalibrated my idea of what success is. I have a roof over my head, food to eat, a loving family, and a beautiful friend community. I get to do the things I love, and make a living at it, and I work every moment to be present and open to this moment. 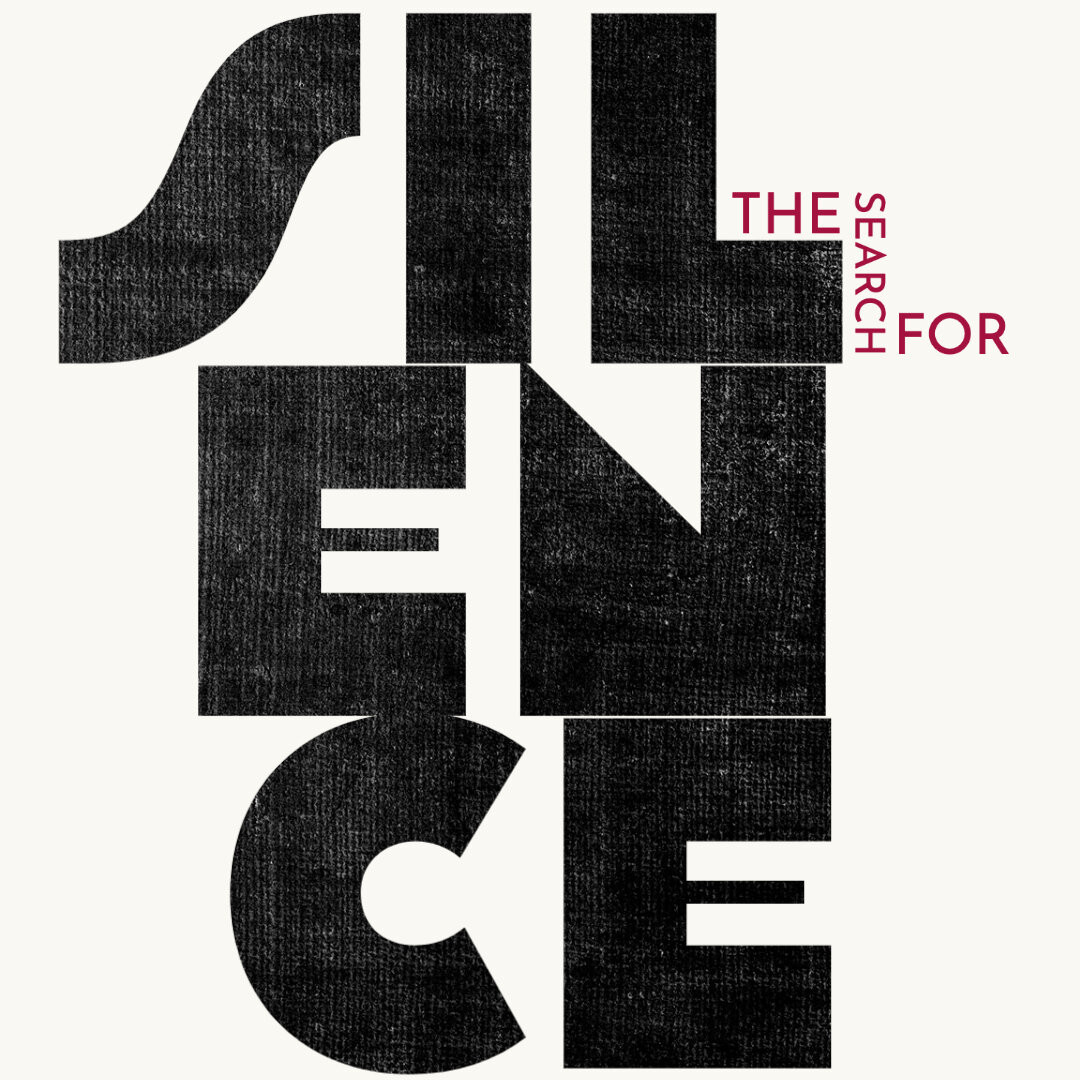 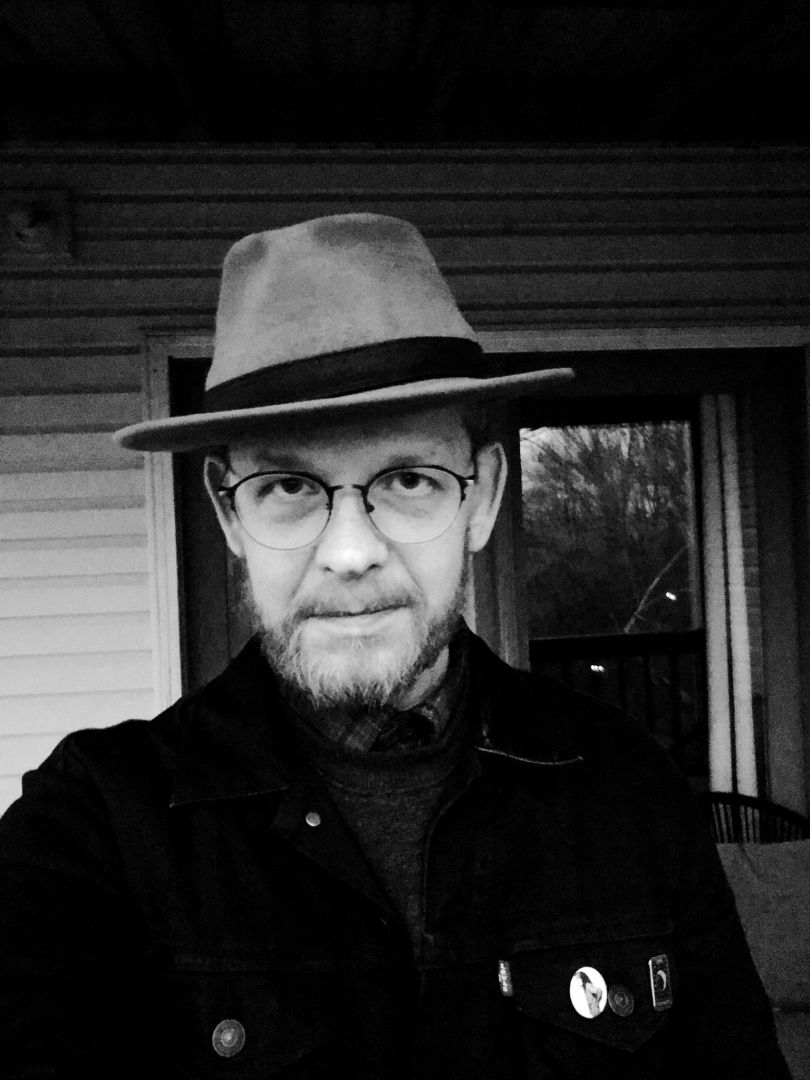 Who else deserves some credit and recognition?
Oh my goodness! There are so many people who I have to thank for getting me where I am. There are some specific folks in Los Angeles who have meant the world to me. Aaron Henne and his company theatre dybbuk immediately come to mind. He has been a true friend and champion and advocate over the years, introducing me to absolutely lovely people and to life-changing opportunities. Also, designer/creative director Greg Chinn, who you recently interviewed, and his wife Mandy Beall. Greg’s an amazing designer, Mandy’s an incredible writer, and the two of them are just about the coolest couple you’ll ever meet. They have ties to some real design and art royalty, and they’re two of the kindest people (with the coolest design aesthetic) you’ll ever meet. Finally, Michael Wright, who was my editor when I wrote for Guitar Center, and who has been a real mentor in many ways. Also, he used to be an editor for DC Comics, and anybody who’s a comic book editor is pure gold.