We had the good fortune of connecting with Corey Kupfer and we’ve shared our conversation below.

Hi Corey, why did you decide to pursue a creative path?
It’s the only thing that ever made sense to me. At a young age, art was a refuge. For many years it was the only place I excelled, the only place I could see myself as “good” or “right,” when in so much of the rest of my life I was lacking as a student, deemed a trouble-maker or more harshly a “bad kid.” And as a young male, as often is the case, I was taught to subvert emotion and acts of intimacy; but creating in a sketchbook and sharing it with a friend at school, that’s sharing an intimate part of yourself.

Parallel to continuing to be a 2D artist as a child, films were another refuge. I was a sensitive child with a very big heart, but again, I had no toolkit to cultivate this. So much of life is a severely warped and even backwards expression of the value systems we were raised on. The one place those values were kept intact was in the movies; and so often I escaped to their comfort. Films were a place I felt connected to heroism, good overcoming bad, and expressions of love.

As I got older, I got more deeply into cinema. In middle school I would ride my bike to Videoland with a pile of quarters for their Five Movies For Five Nights For Five Bucks deal, expanding my film education with classic films like Cool Hand Luke, Silence of the Lambs and The Godfather. But up to this point, I still didn’t see film as “art” in the same way that I saw the avant-garde “fine arts,” which aligned more with my budding artistic voice. Then in eighth grade I saw Magnolia, by Paul Thomas Anderson, where after a couple hours of deeply dramatic, heartbreaking and relentlessly serious intertwining stories it suddenly rains frogs from the sky.

I already knew the profound effect film could have on a person, then was exposed to the kind of artistic risks I admired, and I knew what I wanted to be and be a part of. 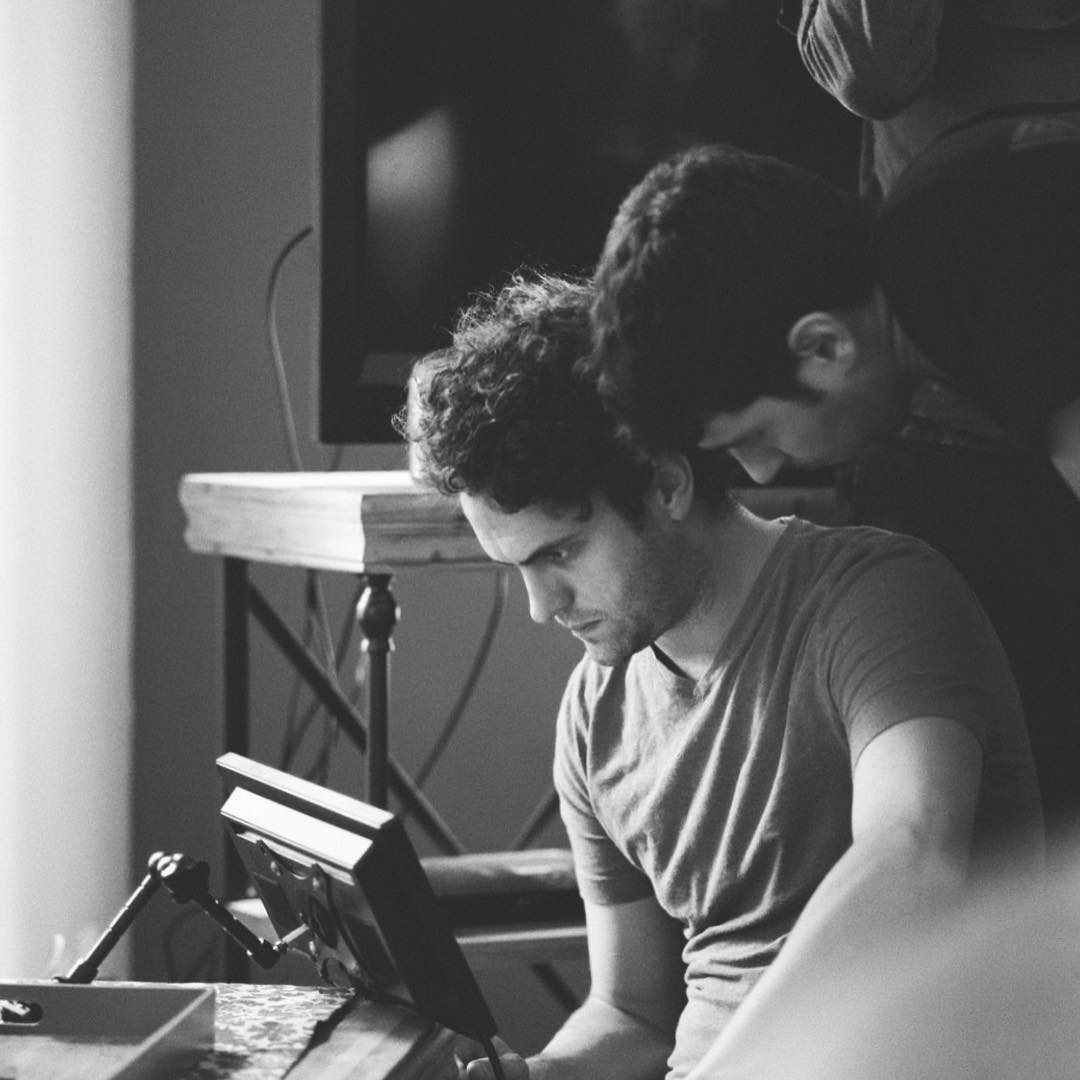 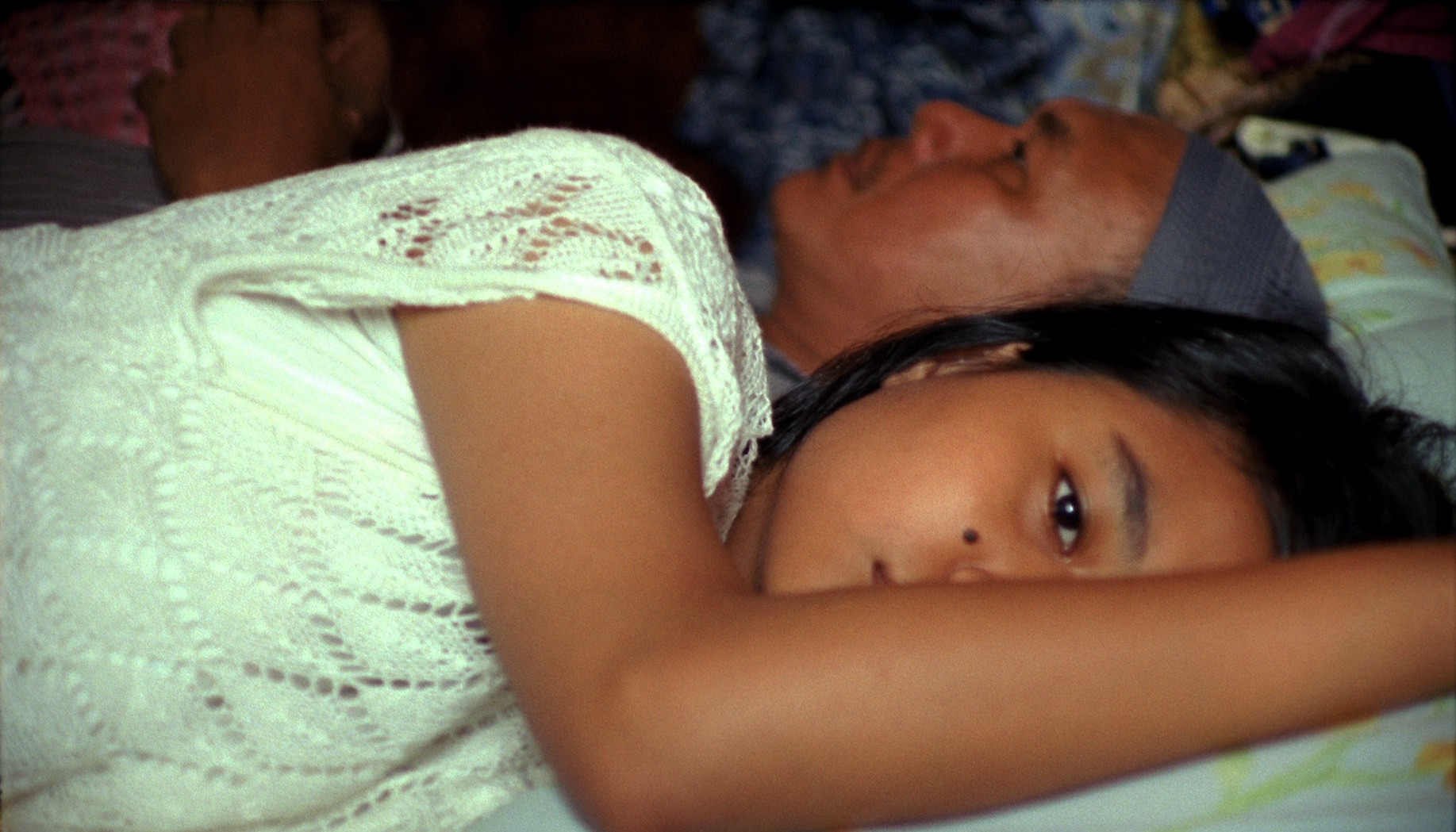 Can you open up a bit about your work and career? We’re big fans and we’d love for our community to learn more about your work.
I’m stumbling over where to begin, as it is not from some place of great success I look back from now, but rather I am within the struggle itself. I’m a narrative film writer and director, with arguably the most prestigious degree in film (with the student loan bills to prove it), and riding on tax debt, three credit cards and every extra cent made from freelance commercial directing to complete my first feature film on a self-funded shoestring budget, at the ripe age of thirty-five. It’s not where I pictured myself at this point in my life. That said, I’ll never stop. I’ll never settle into a more secure career or sideline my dream for another’s. I remain devout—not to the “industry,” but perhaps to my own ideals.

I’m not immune to discouragement, alienation, stagnation, or talking myself into failures. In fact, I have a lifetime of experience in all of the above. But when that temporary weather passes, a singular core belief remains: I don’t take it personally. When I sit down and write something, and to me it’s great and can move, I immediately accept that the chances someone is going to consider it marketable and provide me a fortune to bring it to life are slim; and that is the life we accept. That’s filmmaking: wholly unfulfilling. To survive film as an unwavering artist, you cannot be interested in anyone else’s version of success, but define your own, for your own self-preservation if nothing else. My definition: simply remaining authentic to myself. And that’s easier said than done.

Interconnectivity is diluting the individual. Entertainment is falling prey to data analysis; and socially we are living in an era of the literal copying-and-pasting of ideas as identity in social media and elsewhere. I wholeheartedly disagree with the growing movement that that is a good place to start. To steal like an artist is a contradictory statement. Predicting what an audience wants is the antithesis to why anyone would walk into a cinema. Art is about evolving the present by honoring the past—understanding all those that came before us, deepening our craft, and then cultivating our own truth. What stands in our way is enormous: a culture built on conquest, where achievement must be quantifiable, and there is only one first place. To hell with that. 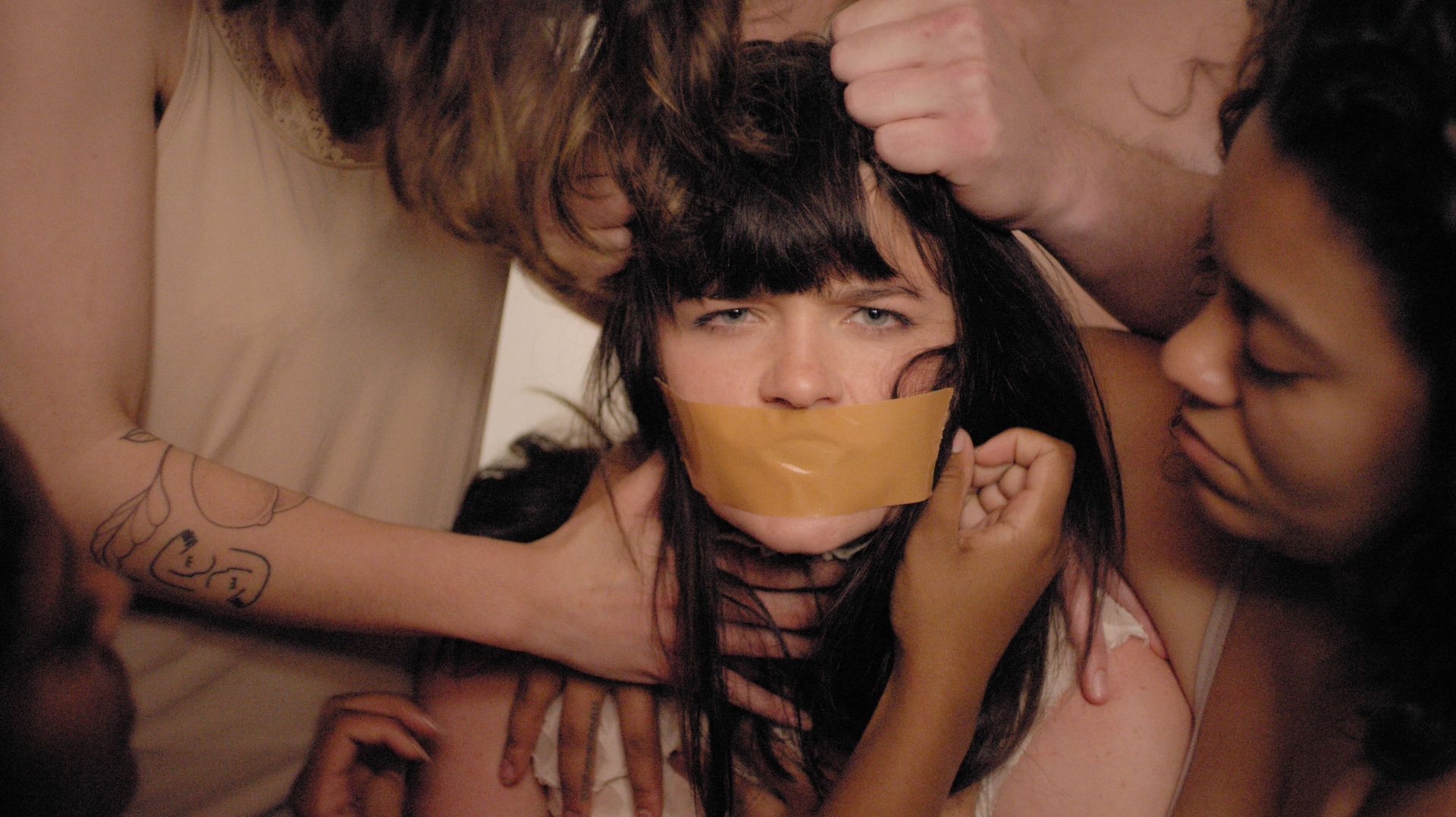 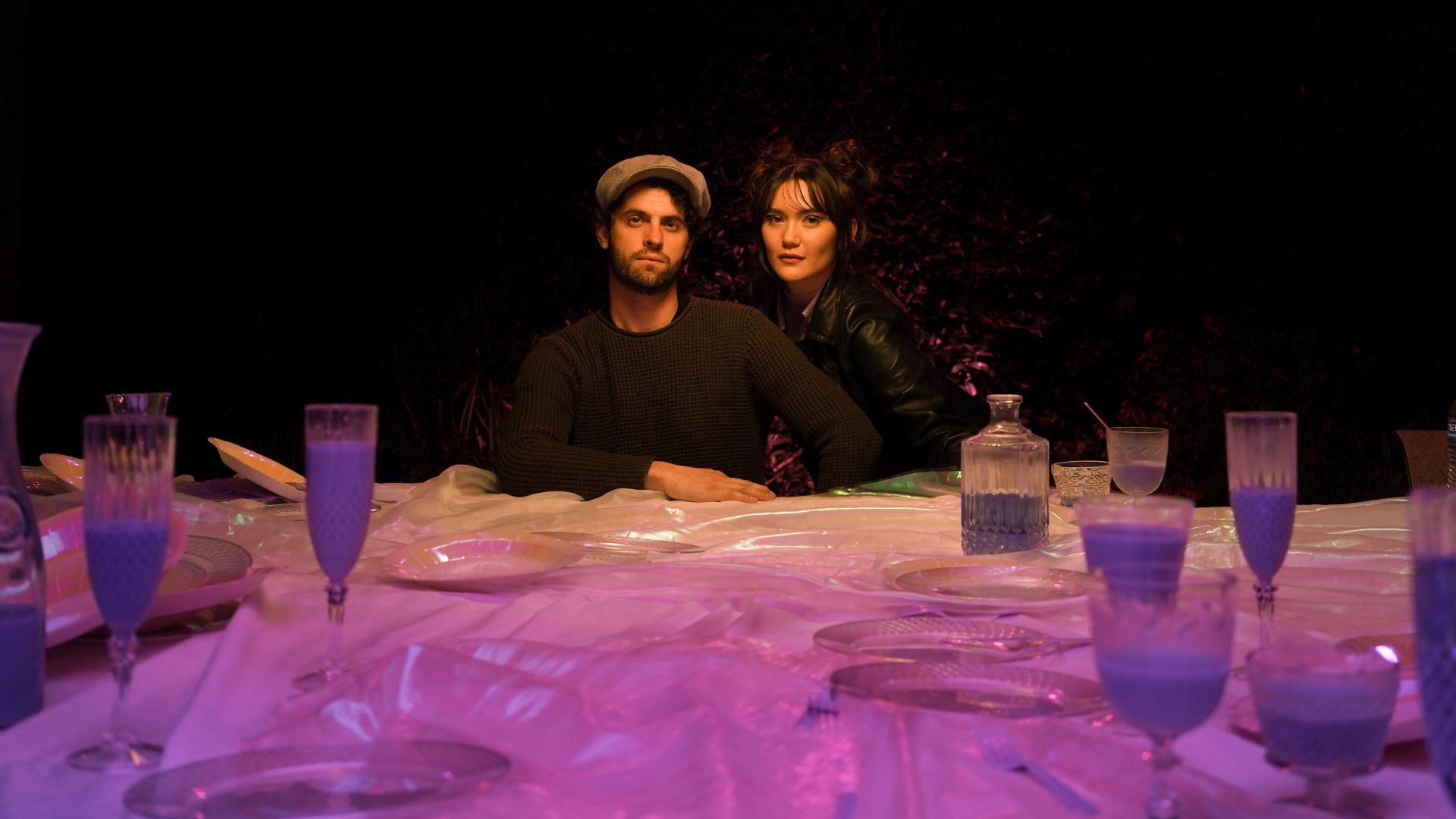 If you had a friend visiting you, what are some of the local spots you’d want to take them around to?
Let’s get Honduran stuffed handmade flour tortillas for breakfast near McArthur Park then walk down Alvarado, bustling with street food, evangelicals screaming into megaphones, fake ID peddlers and the many selling wares flea-market style, including the one-dollar bootleg Spanish language DVD covers clad with mustached and gun-toting heroes and the sultry women they’ll save. The wheelchair-sat gent crawling with large snakes offers up a bargain: five dollars to hold the Burmese Python, so why not? Next meal is the deep fried soft shell crab pop-up stand at the Downtown Asian wholesale grocery center. We can walk the endless aisles before keeping on theme for our next meal in the Thai Buddhist temple parking lot in the Valley, filled with dozens of vendors (pork blood soup is a can’t miss), then slip off our shoes, make an offering to the resident monks, and peruse the selection of amulets out back. For a night cap, we’d go to my favorite jazz bar, which on any given Wednesday night you’ll find packed with my chosen family of friends. Two A.M. and still hungry? Let’s go back to my neighborhood in K-town for a hot plate of mixed bone-in meat doused in fiery sauce, covered in cheese, and blow torched at the table. 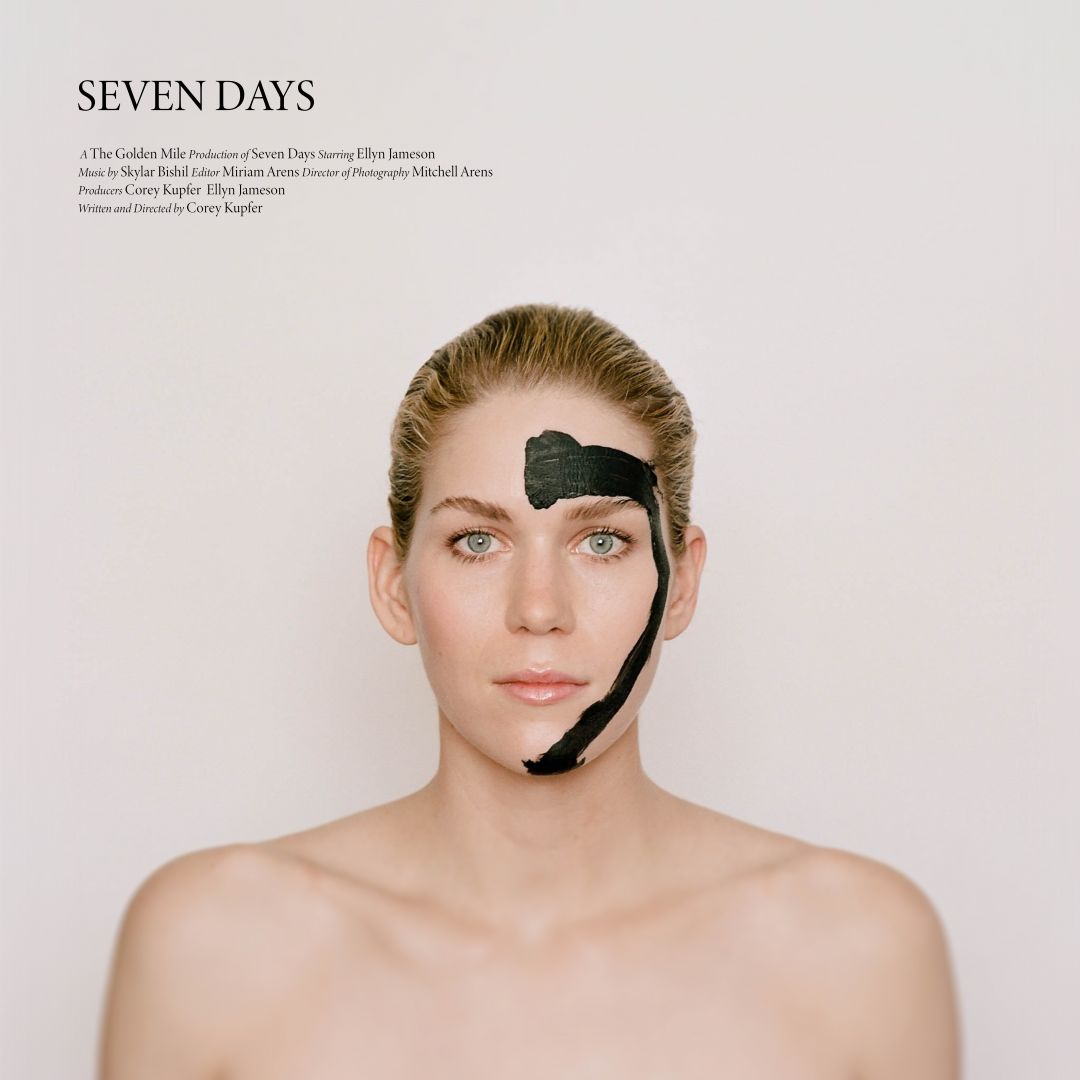 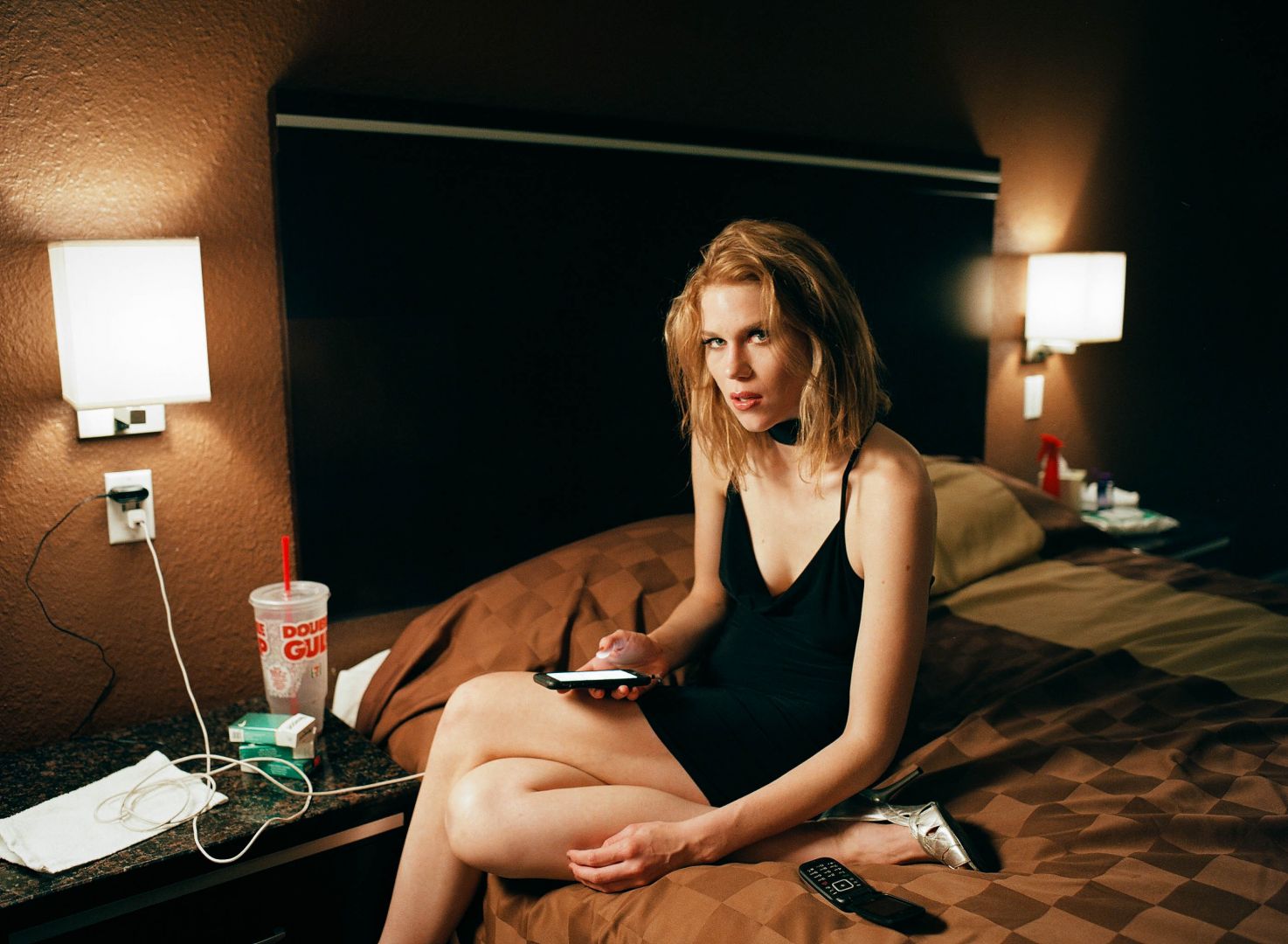 Who else deserves some credit and recognition?
My chosen family of friends and artists in Los Angeles who have shown me the kind of love I thought only existed in movies.