We had the good fortune of connecting with Courtney Zbinden and we’ve shared our conversation below.

Hi Courtney, we’d love to hear more about how you thought about starting your own business?
In February 2020, I left my baker position at Bub and Grandmas Bread to be the dedicated bread baker at the Rose Cafe in Venice. Making the leap from wholesale bread baking to fine dining was something I was really excited about because it would allow me to be more creative. But as luck would have it, I was only there a month before the pandemic hit and I was laid off. I had always wanted to own my own bakery, and I had notebooks full of ideas, recipe tests, bakery names, logos, etc., but there had never been enough time to get anything off the ground. I liked the idea of a predominantly savory bakehouse, and I knew that everything had to be sourdough because that’s always been my passion. I had toured enough shared commercial kitchens to know that I wouldn’t be baking out of a hearth oven for many years, until I could afford my own space, so big breads (except for pan loaves) were out. I shifted my focus to smaller breads and nailed down a bagel recipe first. Because of the wheat flour scarcities during the lockdown I had started experimenting with cutting King Arthur wheat flour with masa harina (whole grain corn flour) and liked the complexity it brought to my five year old starter. Eventually I started stuffing the dough with scratch-made fillings, and forming them into handheld rolls. The first filling I developed is actually still my bestseller. The Popeye is spinach, dill, chives, scallion, garlic, cream cheese, and mozzarella. When I finally got a batch to bake off without exploding in the oven, I decided to run with the concept. Very quickly after, I developed a vegan version of the Popeye roll using tofu emulsified with extra virgin olive oil, and the Tomato Pie roll which utilizes a scratch-made tomato jam. I started applying to farmer’s markets and officially opened for business at my first market in October 2020. I now sell 9 different flavors of sourdough filled rolls, along with pan loaves, bagels, and focaccia. 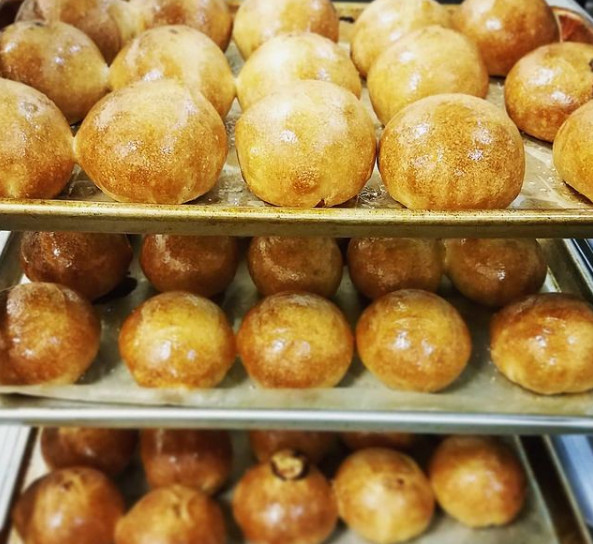 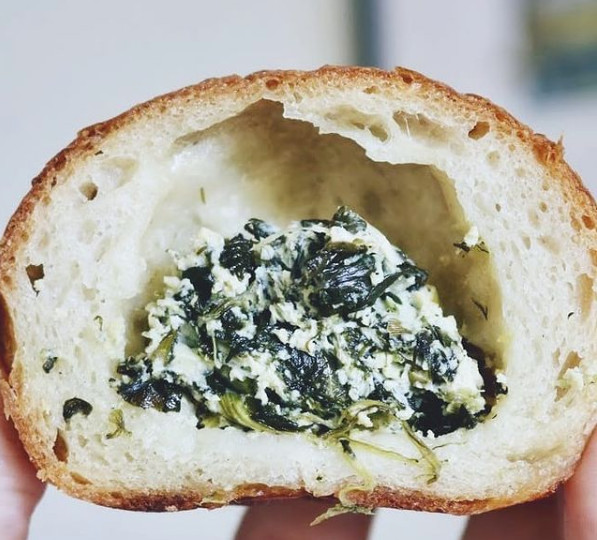 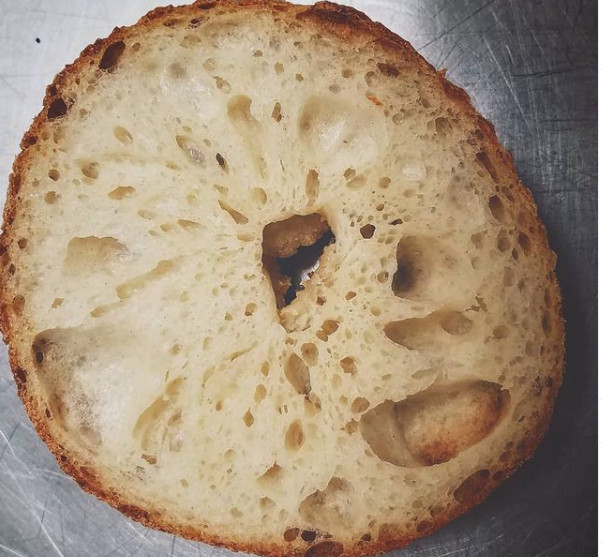 Alright, so for those in our community who might not be familiar with your business, can you tell us more?
Southwest Bread will always be a sourdough bakery and I think that’s what will always set us apart. I think we’re pushing the limits of what you can do with sourdough in a bakery context, by doing more than just loaves. Sourdough baking forces you to use all of your intuition, because it’s more difficult to control, but I think the end results are worth the extra effort. Long-fermented sourdough keeps longer without preservatives and it can be easier to digest for people with gluten-sensitivities. We’ve been eating bread for thousands of years but we’ve only had commercial yeast since the 19th century. I think sourdough bread will always be an important part of our diet. I’ve only made it this far with the business because of all the skills I learned in my professional career. I graduated from the Professional Baking program at Los Angeles Trade Technical College where I learned from amazing instructors, and I worked at some of the best restaurants and bakeries in Los Angeles: Proof Bakery, Milo and Olive, and Bub and Grandmas Bread, to name a few. I wouldn’t be where I am today without some very awesome bakers and co-workers who helped me learn my craft.

If you had a friend visiting you, what are some of the local spots you’d want to take them around to?
If my best friend was in town I would probably take them surfing or kayaking near the Redondo Pier, and then beers at King Harbor Brewery and Captain Kidd’s for seafood. Or bike ride the beach path and then Slice and Pint in El Segundo for beers and pizza. I’m a big proponent of beaches and beer. 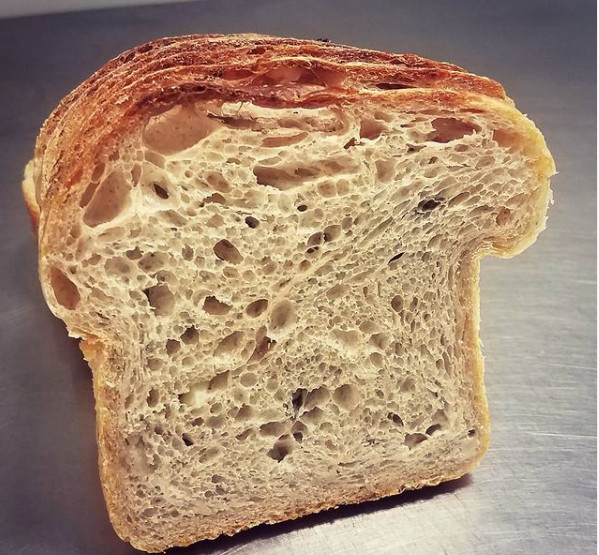 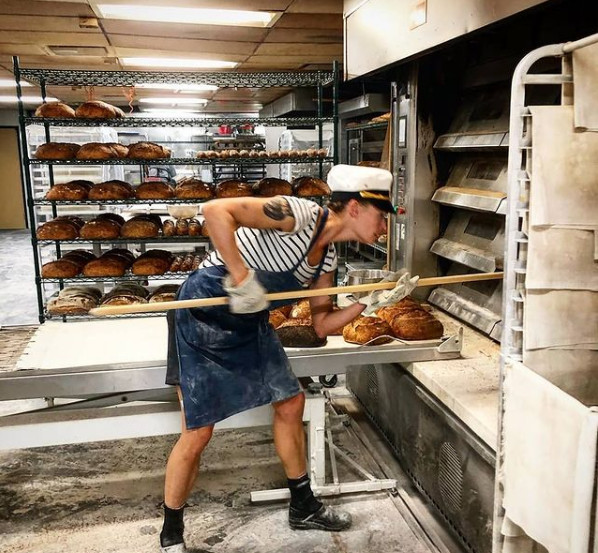 Who else deserves some credit and recognition?
The staff and volunteers of the Torrance and Palos Verdes Certified Farmers Markets deserve a huge shoutout. I wouldn’t have a business if the staff and volunteers didn’t work hard week after week to put on these events. Even though I’ve been baking a long time, I’m a total newbie at owning my own business! These market managers have mentored and supported me, and helped me grow my business. I am so, so grateful to them, and to the loyal customers who come out and support us week after week, even in the rain!