We had the good fortune of connecting with Dan Olivo and we’ve shared our conversation below.

Hi Dan, can you tell us more about your background and the role it’s played in shaping who you are today?

I am an entertainer who was born, raised and is now based in Los Angeles.  I am an actor, jazz crooner, bandleader and music booking agent.  I began performing in various plays with my parents Rocco and Maria Olivo who in 1972 founded The Italian Theater of Arts in Los Angeles.  Since then I have worked as an actor in film, television, theater and radio.  As a singer and bandleader I have performed at various public and private venues all over Southern California and have been a featured artist on radio stations including The Fabulous 570 AM and Martini in the Morning with Brad ‘Martini’ Chambers.

I studied acting with one of the most prestigious acting schools in the country, The Beverly Hills Playhouse with Milton Katsales.  My onscreen credits include playing the role of Leno LaBianca in Mary Harron’s (of ‘American Psycho’) latest film ‘Charlie Says’ and I have worked opposite Christina Hendrix on NBC’s Good Girls,  Zoey Deschanel on FOX’s ‘New Girl’ and ‘Breaking Bad’s’ RJ Mitte in the independent feature ‘Who’s Driving Doug’? I also sing songs made popular by Frank Sinatra, Dean Martin, Harry Connick Jr. and Michael Buble’ from The Great American Songbook.  My jazz band and I have recently performed at The Eagle Rock Music Festival, Mistletoe and Martini Christmas Concert at The Universal Amphitheater (with Frank Sinatra Jr., Natalie Cole, Steve Tyrell, Bobby Caldwell and Big Bad Voodoo Daddy), Saboba Casino, The Rhythm Room in Downtown Los Angeles, The Bar Nineteen12 of The Beverly Hills Hotel, The Riviera Hotel in and The Frank Sinatra House in Palm Springs.

I have been able to turn my love of jazz and retro music into a successful business. I founded Nineteen52 Entertainment in 2018. A music booking agency specializing in vintage-inspired bands & musical acts that perform the Great American Songbook, Jazz, Swing, Dixieland, roaring 20’s, 30-40’s Big Band Era, Rat Pack era, Oldies, International & Top 40 Contemporary Pop. I am also thrilled to announce the release of my debut album early next year. The album will be a collection of jazz standards and vintage popular songs produced and arranged by my friend and musical director Ian Robbins. Among the songs featured are the album’s title track ‘Day by Day’, Fats Domino’s ‘I’m Walkin’, Burt Bacharach’s ‘This Guy’s in Love With You’, Harry Connick’s ‘Come by Me and a duet with Rene’ Mayra and Lyman Medeiros of the timeless classic ‘It’s Only a Paper Moon’. 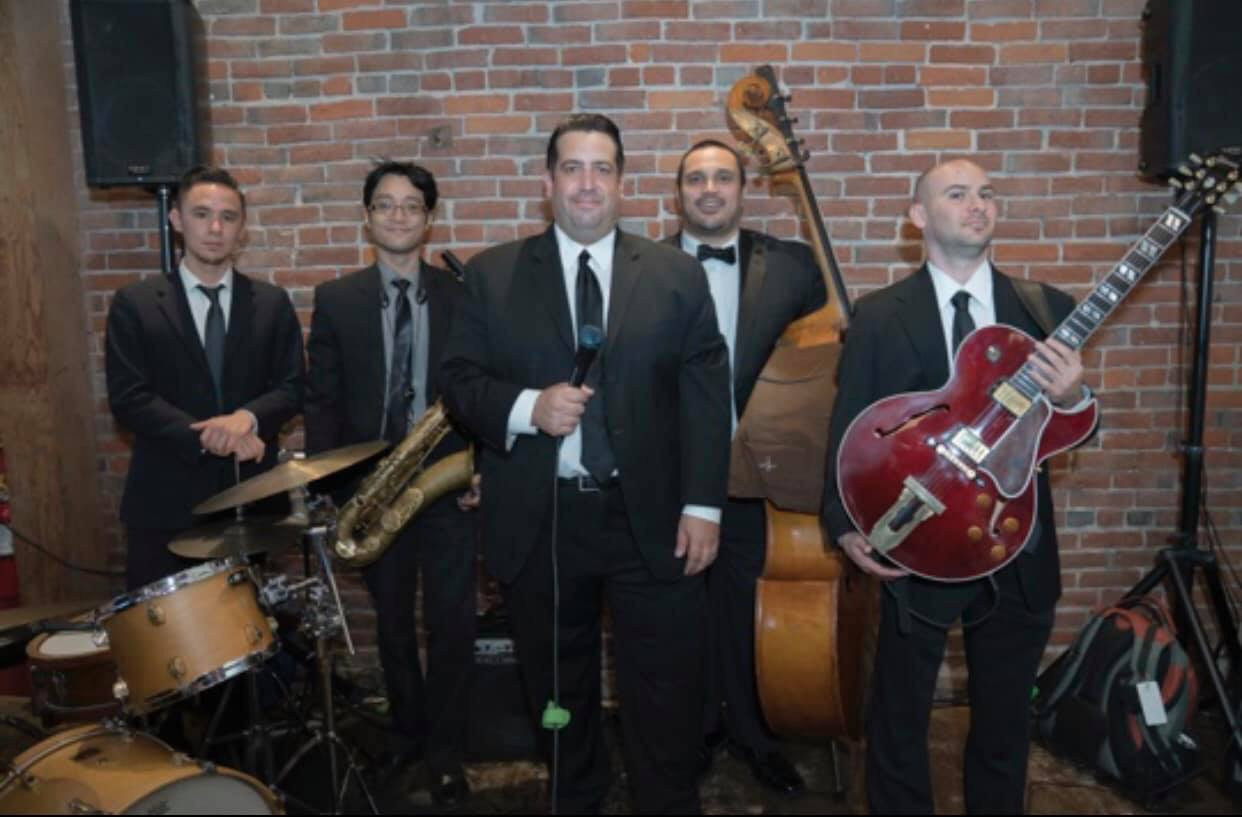 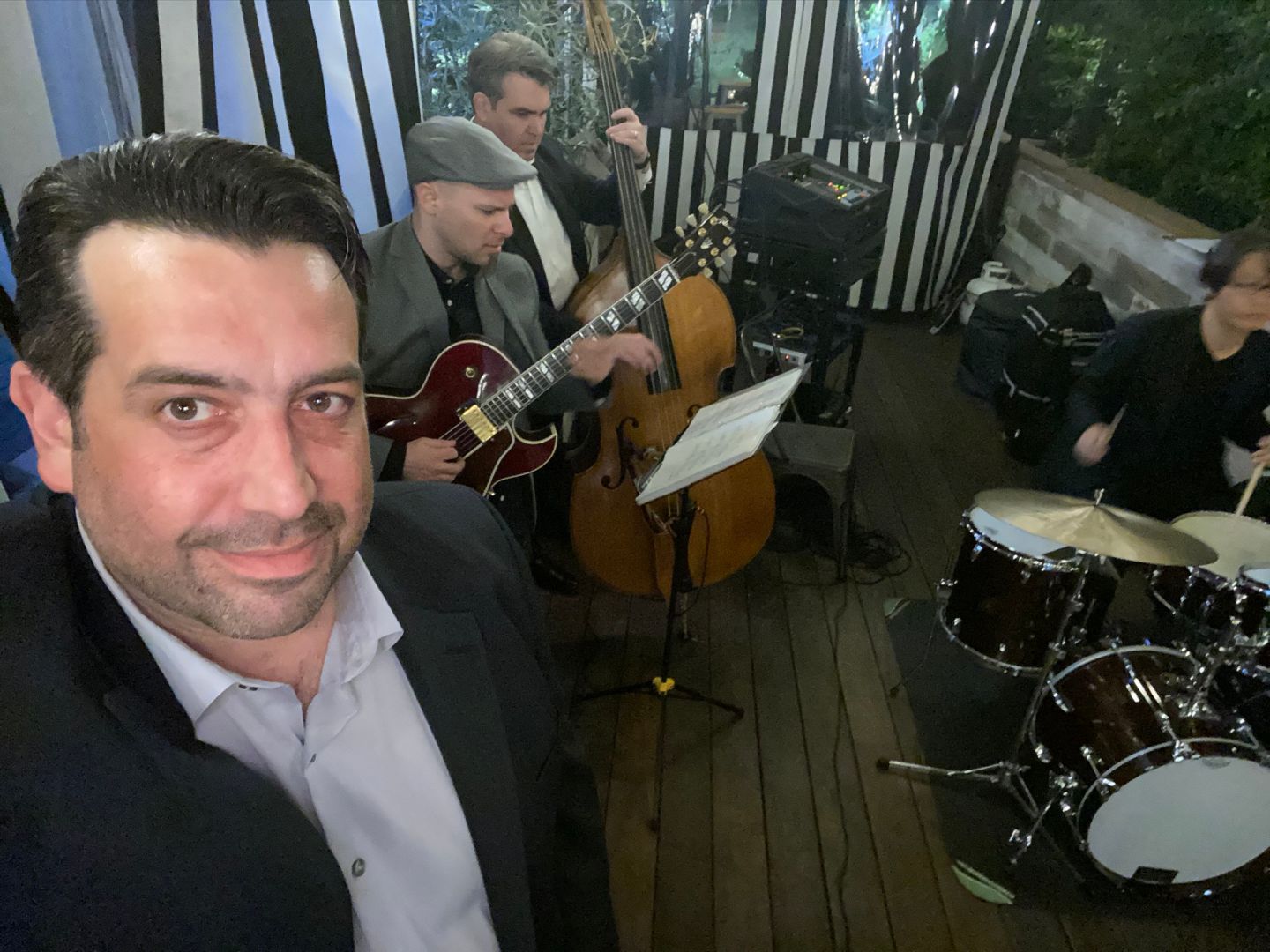 Whether I am acting, singing with my jazz band or running my music booking agency I try to bring myself and my love of family and friends to my work. Working in the arts is working in a community and a family. I treat working on a set with actors and crew members or on gig with my band and the audience as well as working with a client on booking an event as we if we are friends and family and about to have a big Italian dinner together in my home. I love making people feel comfortable and making people laugh. Growing up in a big Italian family and having every occasion filled with small and large gatherings I was always surrounded by love, laughter, bigger than life personalities, great food, music and a sense of togetherness.

Now there have been lots of ups and downs along the way. There were lots of struggles and heartbreaks and tons of not getting the part or gigs. I’ve learned a long time ago not to take it personally and each no brings me closer to a yes. The trick is to keep pushing thru and not giving up.

Anyone who tells you that a career in the performing arts is a smooth road and there aren’t any roadblocks probably hasn’t ever known someone venturing into such a profession. Having talent is only the first ingredient needed to have success. Passion, persistence, patience and good old fashion hard work are the main components in building a career. It’s very easy to develop insecurities about one’s talent and doubts about “making it” when you struggle to get auditions and not book work from the auditions you do get. None of it has been easy. I have been told that I wasn’t talented enough; I have lost roles and opportunities that I desperately wanted and have been fired by band leaders, directors and an agent or two in my career. Rejection can really get to you. The secret to overcoming rejection is simply not giving up. Like in baseball you will strike out more often than hit a home run and that’s ok. You will appreciate the times you struck out more when you start celebrating the homeruns.

While studying acting at The Beverly Hills Playhouse, one of my teachers Al Mancini left me a voicemail that I have held onto to this day. I had given him a CD of songs I recorded. A couple days later Al left me a message saying that he had heard all the tracks on the album. He told me he loved the album and that I had the goods and to never give up. He said, “I don’t care what they throw at you or how high the mountain is, do not give up”. I remember his words whenever I’m experiencing challenges or let downs. I welcome the struggles and challenges. It makes me better and appreciates the wins more. 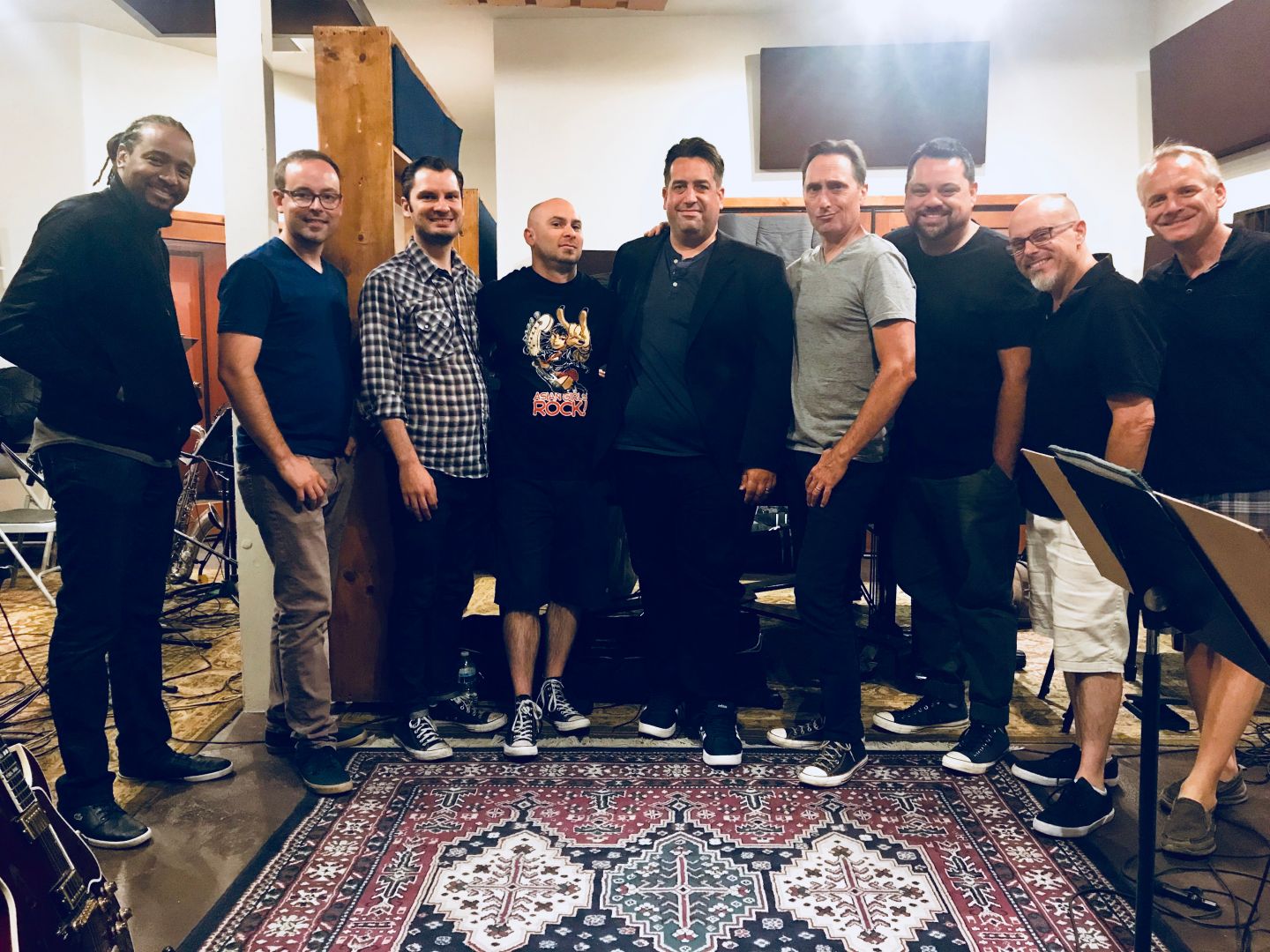 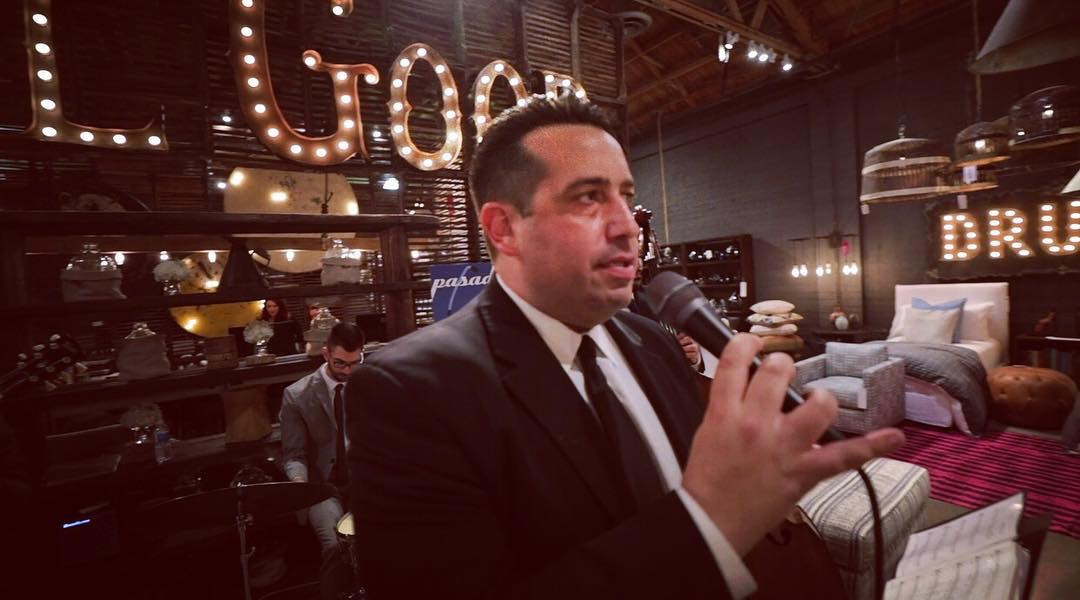 If you had a friend visiting you, what are some of the local spots you’d want to take them around to?
Whenever I have guest coming for a visit we always head out to towards the beach. It’s California after all. It is the most beautiful state in the country, in my biased opinion. We spend the day there and as we are head back I take them up and down Hollywood Blvd and The Sunset Strip to see all of the tourist landmarks. I love the night life in Old Town Pasadena so we always end up there for dinner and drinks. 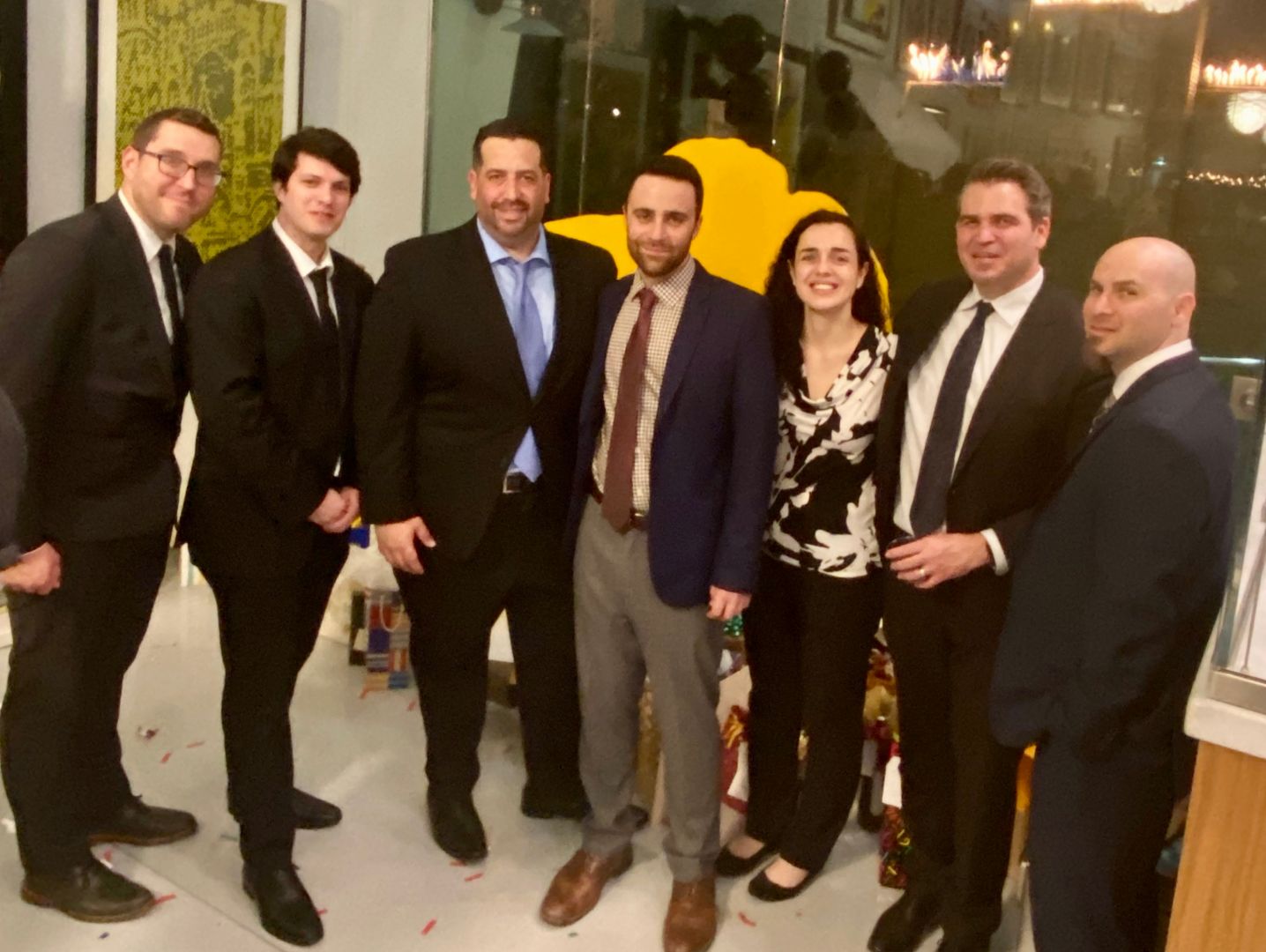 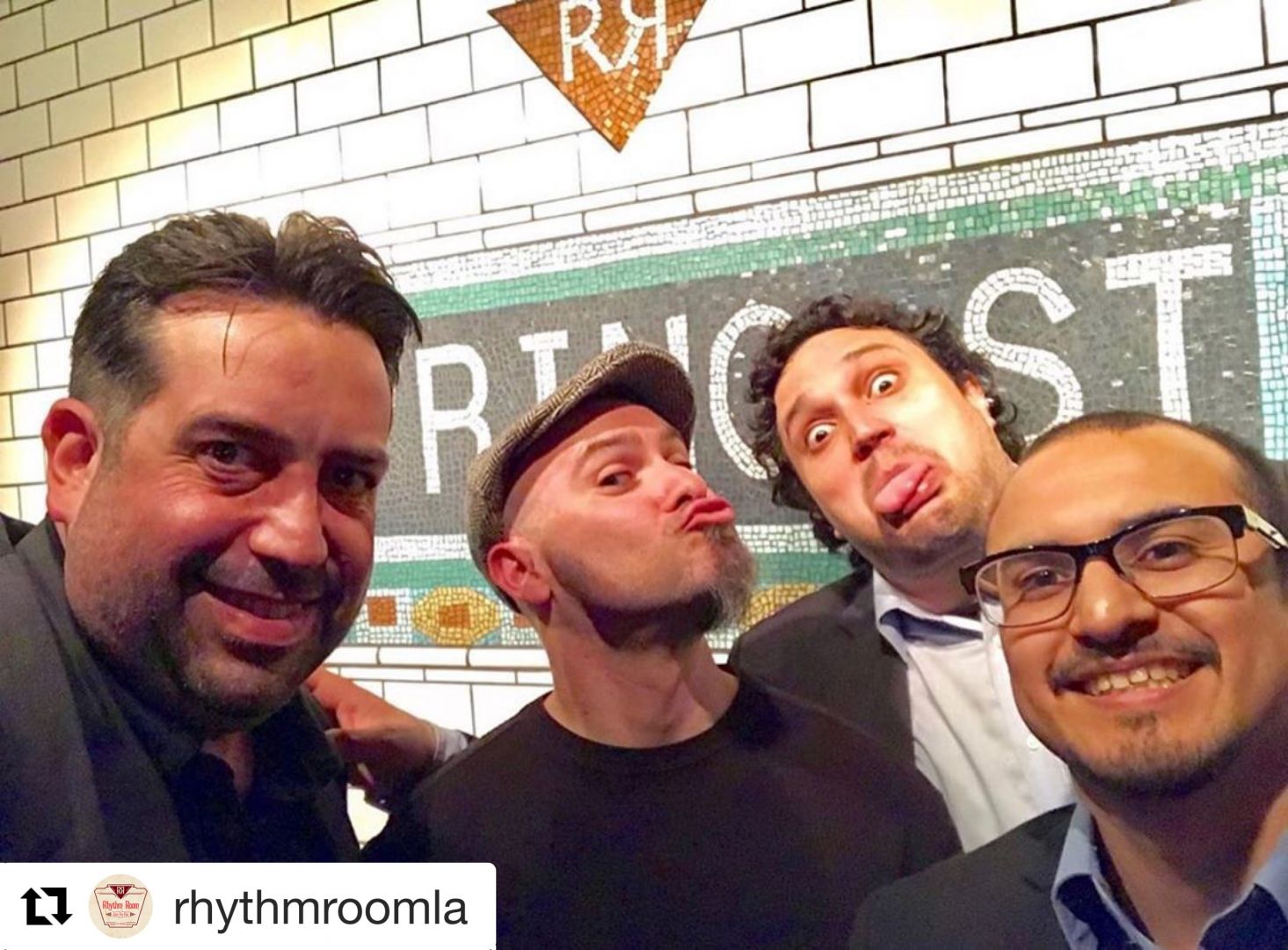 The Shoutout series is all about recognizing that our success and where we are in life is at least somewhat thanks to the efforts, support, mentorship, love and encouragement of others. So is there someone that you want to dedicate your shoutout to?
Any success I have I owe to my parents Maria and Rocco Olivo who instilled in me the love for the arts. I grew up watching and participating in my parents artistic endeavors and that’s where I grew to love acting and music and why I choose to pursue it. My parents were very encouraging in my pursuit as an artist and told me keep working harder and to not give up.

Today my wife, daughter and small circle of close family and friends keeps me motivated, inspired and humble. There love and support keeps me going. 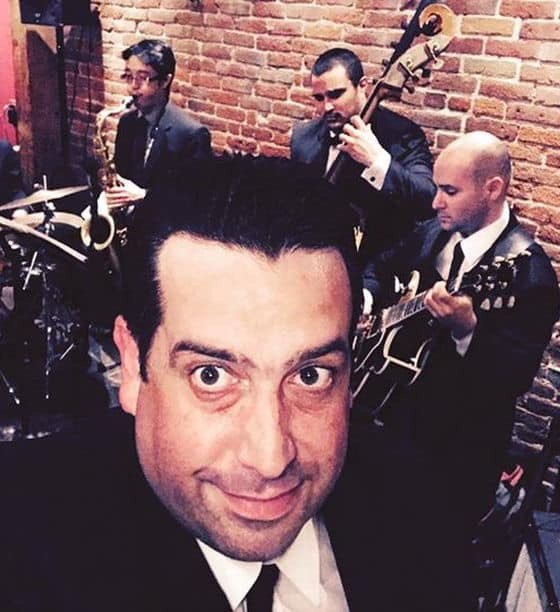