We had the good fortune of connecting with Dana Ziyasheva and we’ve shared our conversation below.

Hi Dana, why did you pursue a creative career?
Creating something makes me feel alive. I could have stayed with the United Nations my entire life. Don’t get me wrong: advising governments, helping marginalized communities and implementing development agenda on a global scale was an honor and a calling. However, after giving it my all for twenty years and enjoying a stable career growth, I started seeing the end of the line — a quiet retirement in a country of my choice. Without ever realizing my creative ambitions. You see, I wrote and published stories since I was 13. I was a TV journalist in my home country Kazakhstan. During my tenure at the United Nations Educational Scientific and Cultural Organization, I had collaborations with the French Centre National du Cinéma, Disney and China Film Group. In Costa Rica, I was training women of the indigenous Ngabe tribe on how to use TV cameras and radio recorders, when we came up with the idea of making a movie about their life. The feature drama Defenders of Life which I wrote and directed, shows a 12-year-old Ngabe girl being forced into a marriage with the tribe elder. The film helped to outlaw underage marriages in Costa Rica, won awards at film festivals around the world and got me thinking that maybe I can do it full time. I wrote and directed my sophomore feature Greatland in Los Angeles. It’s a total cinema d’auteur: Every stage of development, production and post-production of Greatland bears my creative signature. Reactions to Greatland are pretty visceral and polarizing, and it’s very good. I feel an urge to express myself and shake people out of their sleep, and art is one of the best ways to do it. 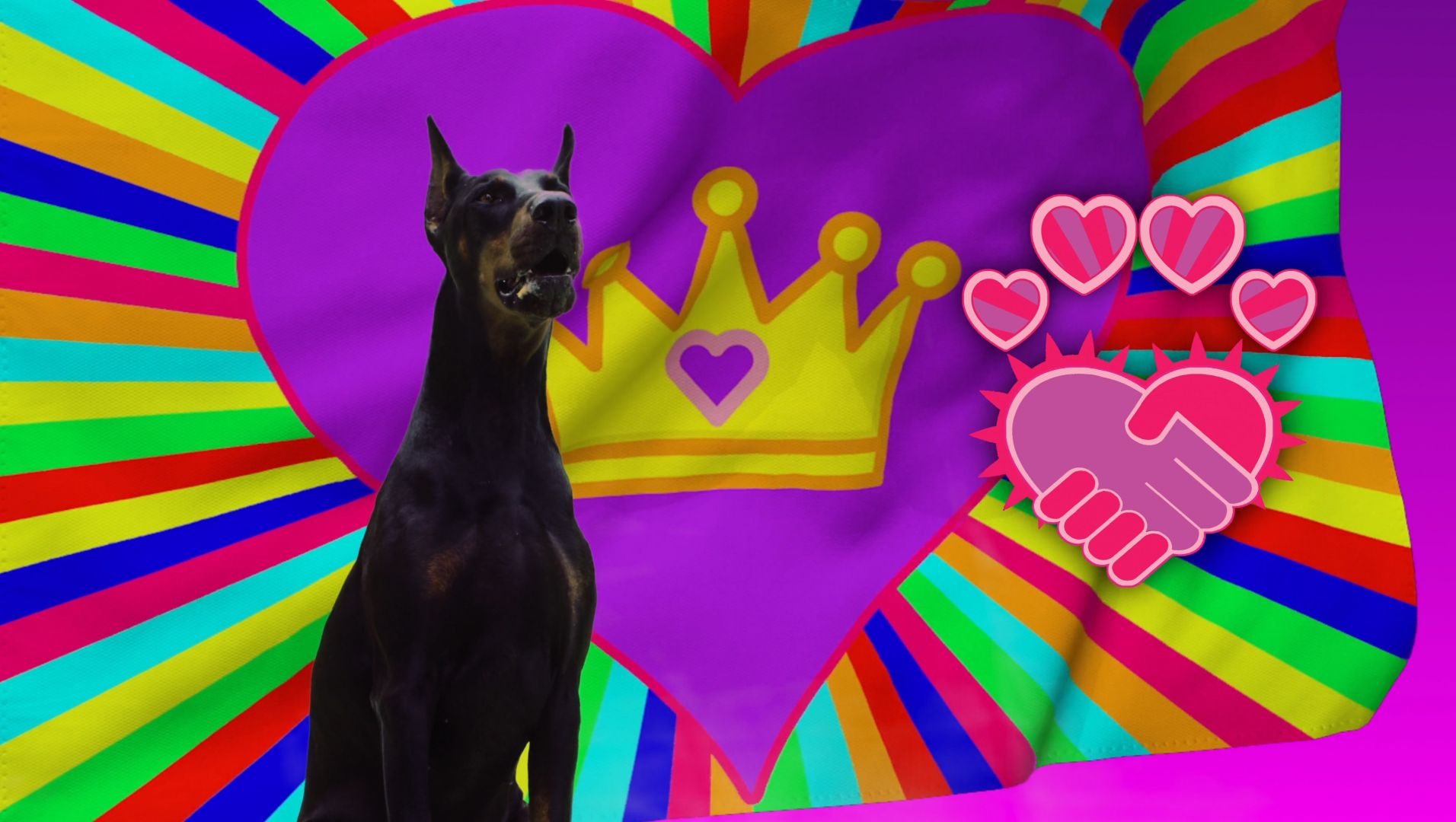 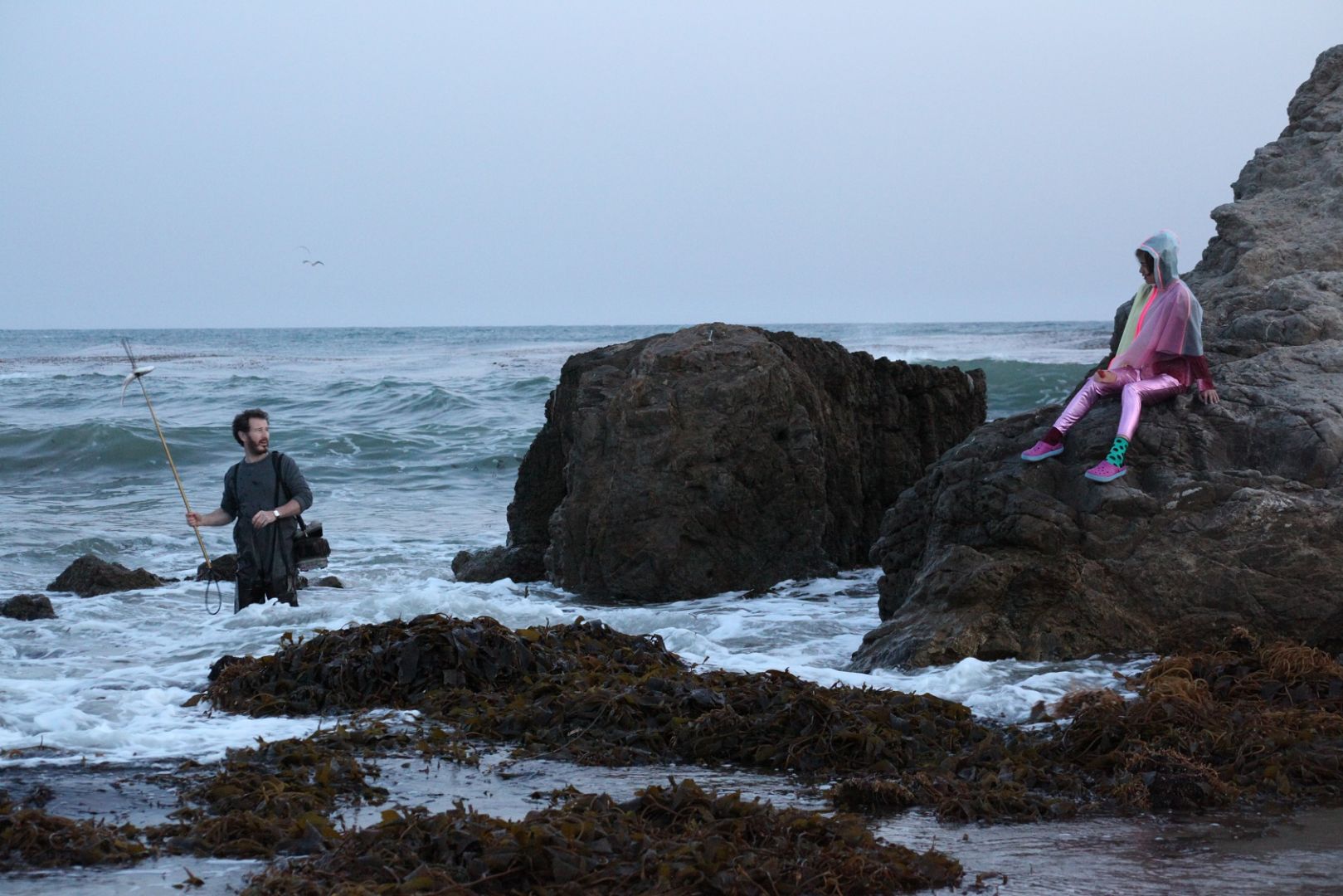 Q: We’d love to hear what sets you apart from others, what you are most proud of or excited about?

I’m most proud about my two feature films Defenders of Life and Greatland both available on Amazon and Tubi TV. I’m excited about having a platform to be able to express my vision. Having lived and worked in countries like Iraq, North Korea and Honduras, I’ve developed a very particular worldview which some might find provoking or even shocking. I’m excited when an audience goes into watching my movie with one set of opinions, and, after taking in all perspectives presented in the story, questions their own judgements. There are no villains, “bad guys” in Defenders of Life and Greatland, just clashing interests. I’m proud of resisting the urge to paint the world in black and white by taking shortcuts to truth, and instead help the viewers figure out their inner contradictions.

Q: How did you get to where you are today professionally?

Learning by doing was my moto. I believe in the power of the grind, discipline and thorough planning. Paradoxically, I’m also a proponent of a healthy work-life balance. I’m more productive when I’m fulfilled in my personal life. Which doesn’t mean that I just sit there waiting for good things happen to me. Personal happiness is also something you build; it requires discipline and commitment just like a professional career.

Q: Was it easy? If not, how did you overcome the challenges?

A setback is a setback. Some setbacks even feel like a life-ending disaster and it’s normal to spend some time grieving and escaping the reality. A bottle of Bordeaux, chocolate and a good TV series go long way in recharging my batteries. After that therapy, no challenge can resist me!

Q: What are the lessons you’ve learned along the way?

Indie filmmaking is not for the faint of heart. In Greatland, building an alternate world and taking an original high concept off the ground on a budget was the biggest challenge. One day we had minors, animals, a stunt team, VFX coordinators and name actors working on set in a very expensive location and I had to make hard choices under extreme time pressure.

When our 4-persons crew was filming Defenders of Life in Costa Rica, we lived in the Ngabe indigenous reservation. We had to blend into the Ngabe tribe, be as non-invasive as possible, abide by local traditions and customs. We had to bring equipment down narrow winding paths. In the waterfall scene, I spent the entire shooting day skipping in cold water between the camera and actors. I chose to be barefoot because this way I could feel underwater rocks and stones and avoid slipping and twisting my ankle. When we filmed at night in a forest infested with snakes, in between the takes, I was going around beating bushes and high grass with a stick to re-assure my cast and crew. I have an intense fear of dogs since childhood but had to navigate my way around fighting, rescue and emotional support canines for the sake of making Greatland. The point is, you can’t make a good film without confronting your deepest fears, so you’d better be ready for it.

Q: What do you want the world to know about you or your brand and story?

Both Defenders of Life and Greatland are windows into the worlds seldom seen on American TV. It’s unconventional film-making at its craziest.

Most of my friends are people in their forties, with established taste and laid-back attitude. Nightclubbing is in the past; what we like now is leisurely sightseeing strolls with coffee shops stops and copious meals. For coffee or brunch, we’d be chatting away at Sweet Butter in Sherman Oaks or Ladurée Beverly Hills. For dinners, nothing beats Bao Dim Sum House, Gyu-Kaku Japanese BBQ and Vitello’s Italian Restaurant in Studio City with its live piano relaxed atmosphere.

I want my guests to leave LA with an understanding that it’s a culture center on par with European Barcelona or Asian Shanghai. That’s why the Getty Center and the Getty Villa are high on my agenda. I highly recommend LA County Museum but it usually loses the bid to places with higher name recognition.

I often invite friends to Malibu Lagoon State Beach. It has that out of the way tropical estuary feel to it. Set against the Santa Monica Mountains backdrop, the lagoon teems with cranes and migratory birds and makes for a really nice walk.

For families with children, we used to throw BBQ pool parties, fun family competitions at the Pins Bowling Center or a trip to the Universal Studios Hollywood. 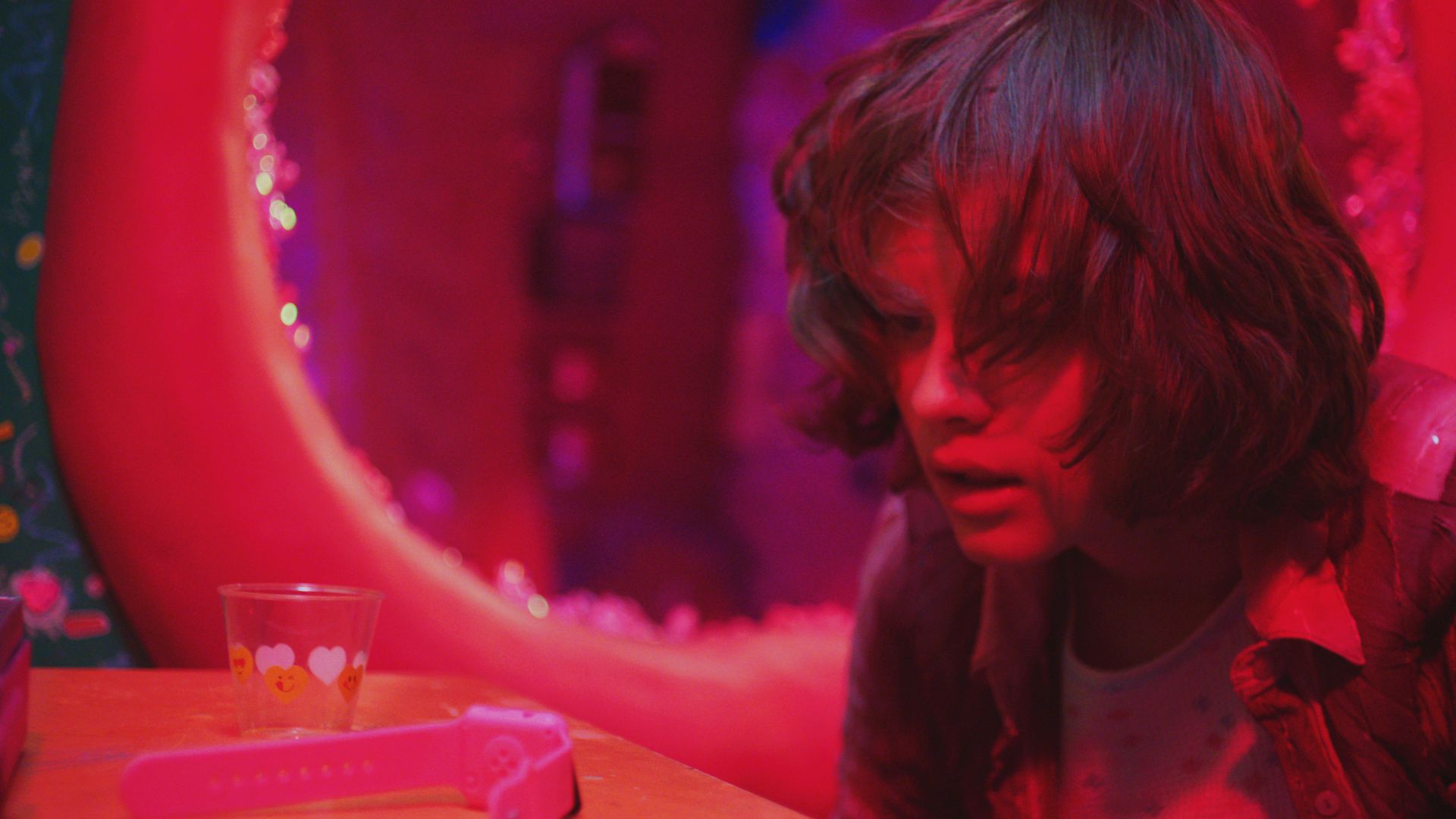 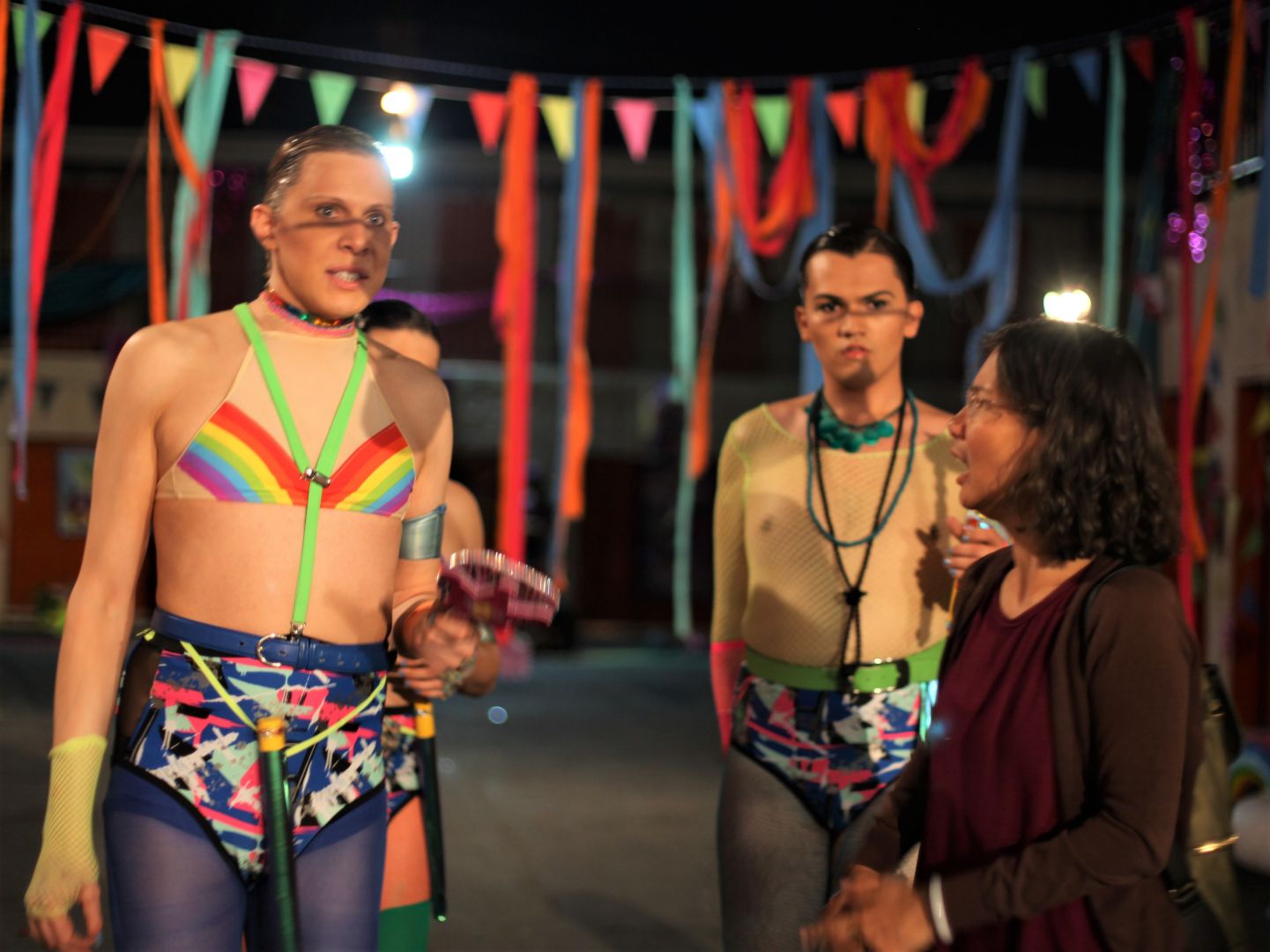 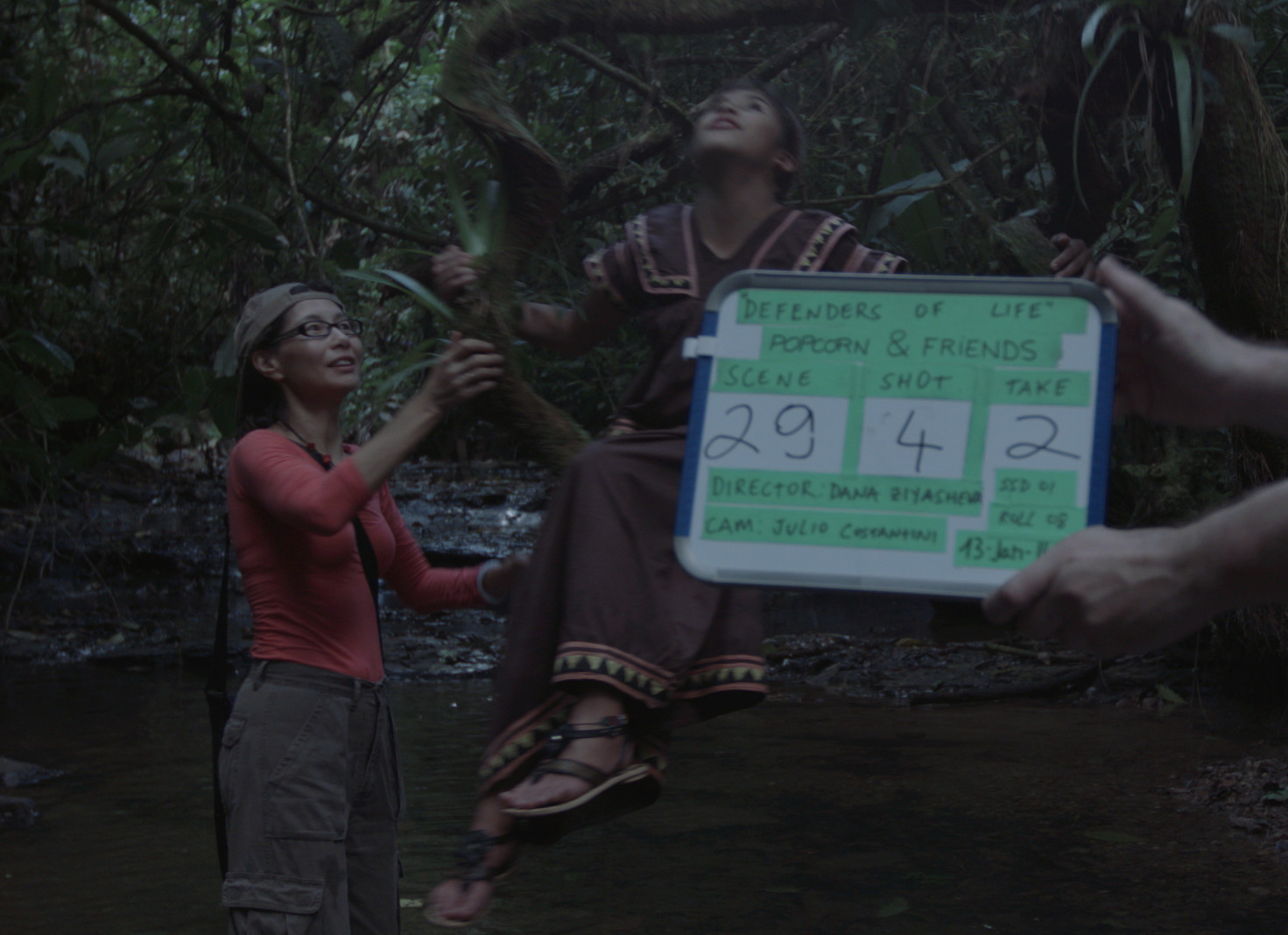 My friend Maegan Philmore, a veteran TV producer. She was among the first creative people I met when I landed in Los Angeles back in 2015. We met at a movie festival in LA and felt an immediate spiritual connection. We dream of making socially-impactful documentaries together.

I’d like to give a shoutout to Dalya Guerin, another highly creative person I came to know here. She hails from France and directs killer podcasts. Los Angeles is a great place to meet inspired and inspirational people from all over the world.