We had the good fortune of connecting with Dave Whelan and we’ve shared our conversation below.

Hi Dave, how has your background shaped the person you are today?
I grew up in a small town in Central Pennsylvania (actually a borough, Lewisburg, which is the county seat of Union County, for those keeping score). While I was born in Germany (my father was stationed there with the Army) and moved around a few times on the US East Coast prior to Lewisburg, I lived there from 9 to 18, so that is what I consider home. Lewisburg is one of those towns where everyone knows everyone. In fact, for those who were born there, they are likely related to everyone. That means that everyone knows everyone’s business, but it also means that everyone is accessible. It means that everyone says hello to everyone on the street. It means that years later, I find myself commenting on Facebook about a barbershop that just changed ownership, which I never even patronized, simply because I remember a deer jumping through its window 30+ years ago. Yeah, it is also one of those towns where deer jump through barbershop windows. Since I wasn’t from there, I always assumed I would leave there, but while I was there, I learned the value of community. I learned that one can make an outsized impact. I learned that people are the most important part of an enterprise. From there, I went to Pittsburgh, then the Bay Area, then Los Angeles, with a bit of London and New York in the mix. I learned that I am very much a big city kind of guy (even San Francisco is too small for me after LA and NYC), but I still use those small town values every day. I build businesses and ecosystems by focusing on people and the community. I am not sure I could live in a small town ever again, but I will always be from a small town. 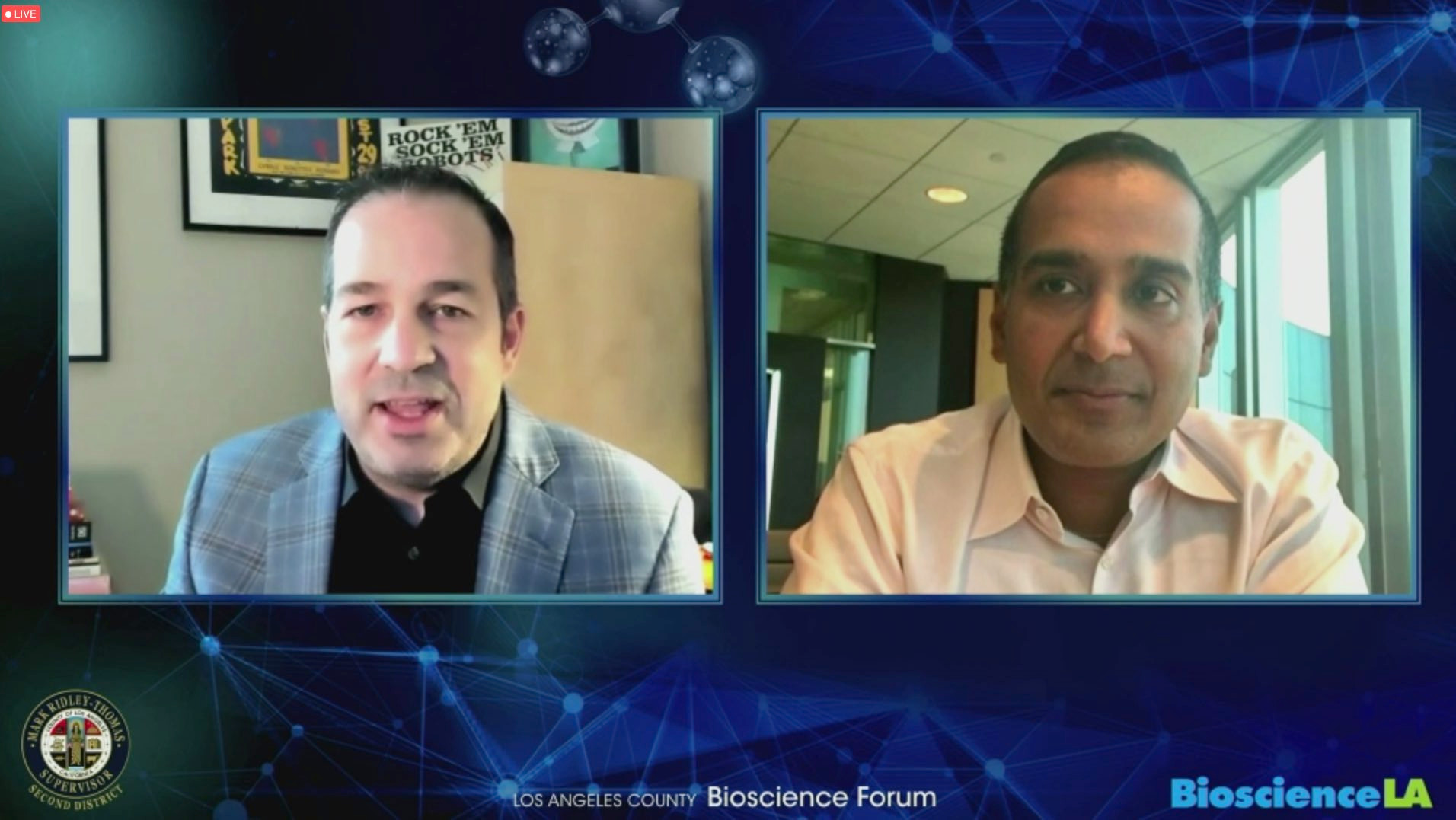 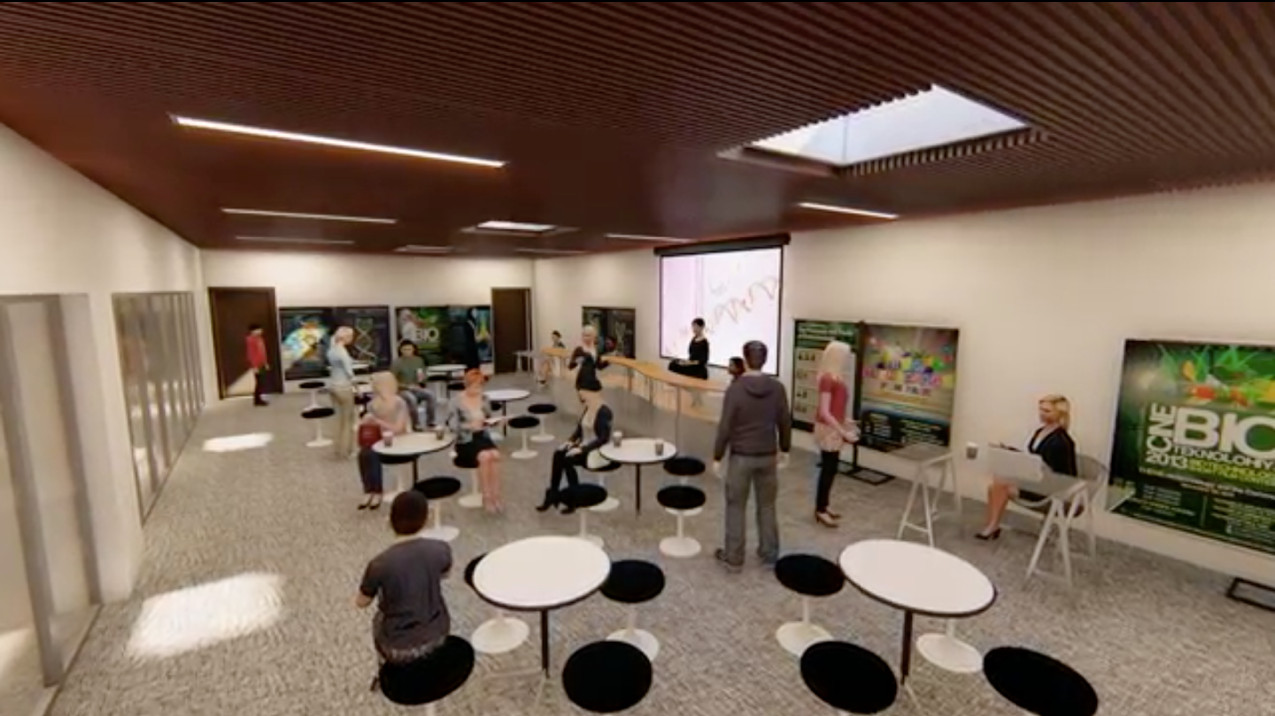 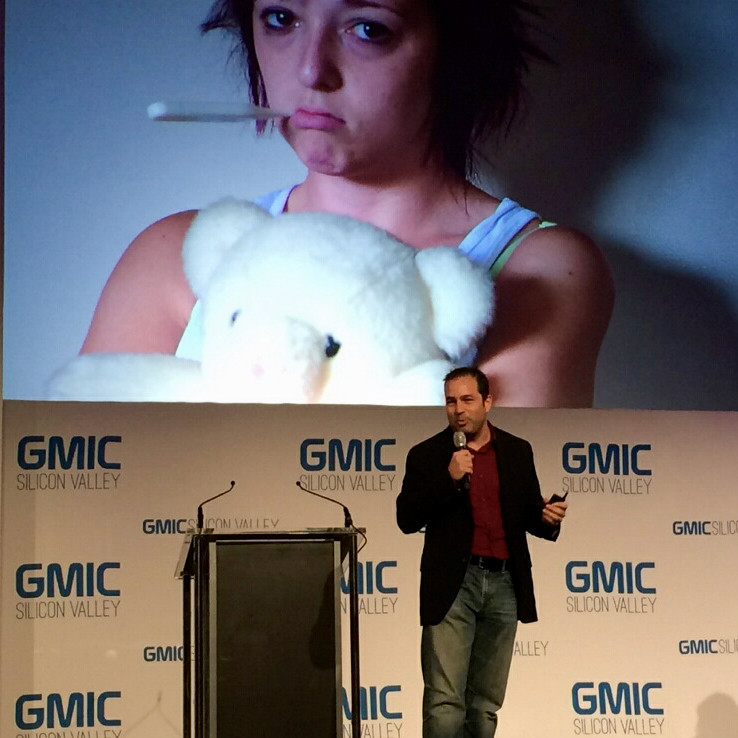 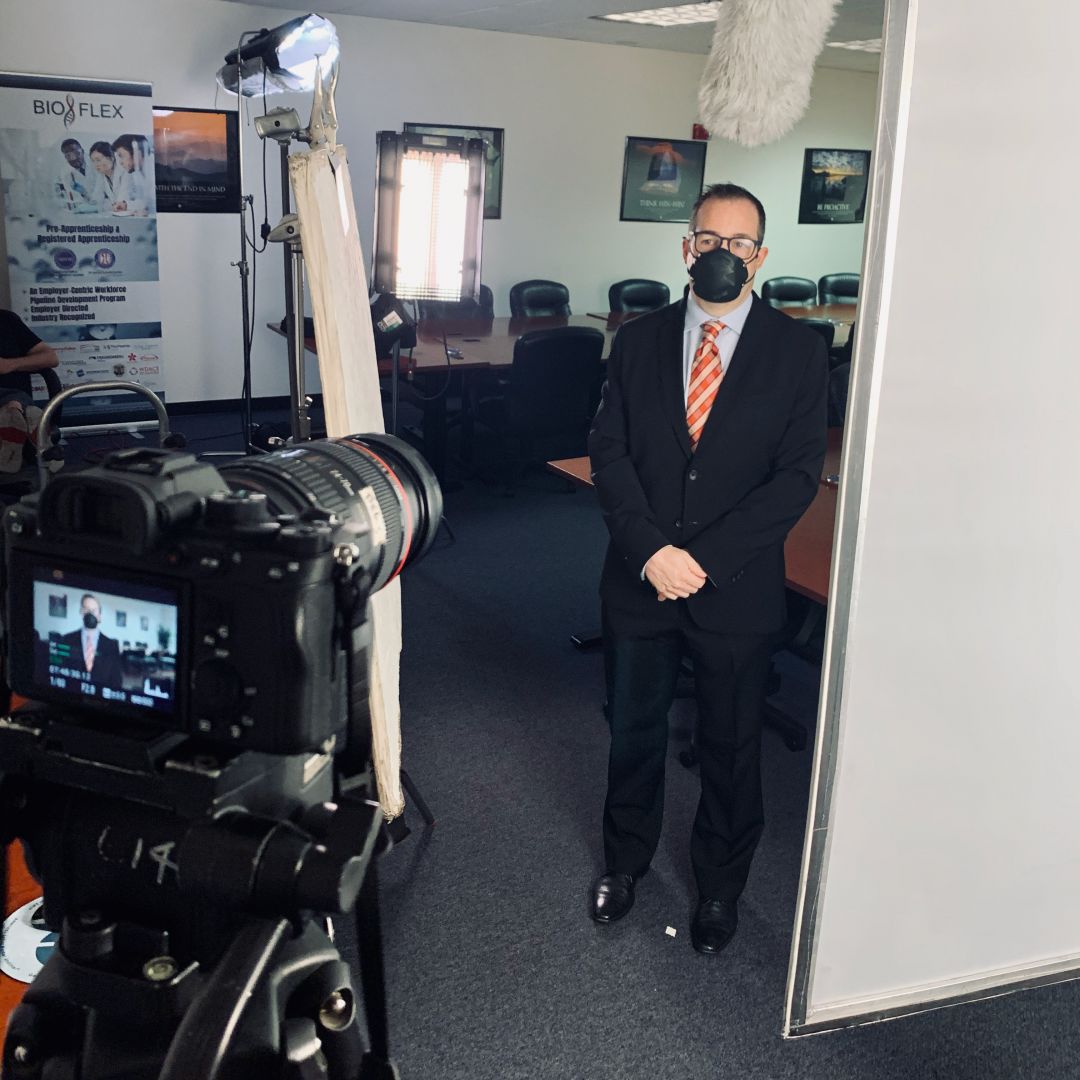 Can you give our readers an introduction to your business? Maybe you can share a bit about what you do and what sets you apart from others?
I am the CEO of BioscienceLA, an independent not-for-profit catalyst for innovation in the life sciences in the greater LA region. We are accelerating the growth of funding, space, and talent, as well as messaging and awareness-building. I joined the organization – which was seeded by LA County and has backing from Amgen, PhRMA, Richard Lundquist, Richard Merkin, City of Hope, and Cedars-Sinai, among others – on Monday, 16 March 2020, which some of you might remember as the first day of LA’s COVID-19 lockdown. I could not think of a more exciting time to be leading the growth of a vibrant ecosystem that will create new opportunities for all! I didn’t set out with a life sciences vision. I am a technologist turned businessman turned healthcare leader – building businesses and inspiring entrepreneurs at the intersection of technology, health, and wellness. I studied artificial intelligence at Stanford, somehow ended up as an executive recruiter in San Francisco, moved to LA to get my MBA from UCLA Anderson School, and turned a short-term client into a product strategy role with a fitness and nutrition subsidiary of 24 Hour Fitness. We ended up launching one of the first consumer activity-tracking wearables, the bodybugg, which was not a commercial success but opened my eyes to health data. A few years later, I turned another short-term client engagement into a three-year journey to build New York Genome Center. From there, I was hooked on the possibilities of accelerating the development of technology for healthcare. I like to say that I am not a physician or scientist (nor do I play them on TV), but I have the ability to connect them to investors, advisors, and collaborators to build products, companies, and, more recently, ecosystems. Life sciences has been growing steadily throughout the LA region over the past several years. From world-class research to a strong funding base and some of the most talented people on the planet, LA has a solid foundation for continued innovation. This year has seen a healthcare crisis lead to an economic crisis and be amplified by social crises – all of which have hit LA directly. I’ve been inspired by the collaboration here in LA to tackle these issues, and I look forward to more investment, more advances, and more growth in 2021, with BioscienceLA supporting the community along the way.

If you had a friend visiting you, what are some of the local spots you’d want to take them around to?
I moved to Los Angeles 20 years ago, after 10 years in the Bay Area and only a few visits ever to LA.. I thought I would move back to San Francisco right after business school, but at this point, I think I am an Angeleno, although my Valley Girl wife and two LA-born kids might argue with me on that. What I love most about LA is that the most exciting parts are on the fringes and down the side streets. If you come here and focus on Rodeo Drive and the Sunset Strip and Muscle Beach, you will get a flavor of LA, but you will be missing a lot. LA is the capital of high cuisine and low cuisine. Famous sushi spots like Nobu and Matsuhisa are always worth a visit, but then I surprise folks with one of the original Katsu-Ya locations in the Valley, before SBE took them to the next level. Mastro’s is one of my favorite steak places, which I sometimes mix up with chi SPACCA, at least when I am not seduced by the amazing Italian and pizzas at neighboring Osteria Mozza and Pizzeria Mozza. For pizzas that are almost as good, as half the price, the original Midici and On the Thirty are competitors one block apart in Shermans Oaks. On the Thirty is one of what seems like thirty gastropubs in the Valley, so many of which are faves to which I take visitors: Tipsy Cow, Boneyard Bistro, The Local Peasant, and many more. There’s also a “secret” enclave of amazing restaurants on Washington in Culver City: Hatchet Hall, Humble Potato, Sunny Blue, and A-Frame. And no trip to LA is complete without waiting for an hour in the middle of the night, in between dress-to-impress girls and biker boys, for a hot dog at Pink’s. I won’t name names, but we also have the best healthy green drinks and the best unhealthy donuts around. Most strip malls in LA house both. Now that you are well-fed, just drive around. That’s how we do it here in LA. I have taken people to the Brady Bunch house, to the Watts Towers, to the Nike Missile Control Site, to Runyan Canyon for celebrity-filled hiking, to streets like Abbot Kinney to Ventura Blvd. to Mulholland Drive. If you like architecture, we’ve got it. If you like live music, we’ve got it. If you like the sun, we’ve got it. And if you like the snow, you can get to the mountains above Palm Springs or to Big Bear or Lake Arrowhead easily. 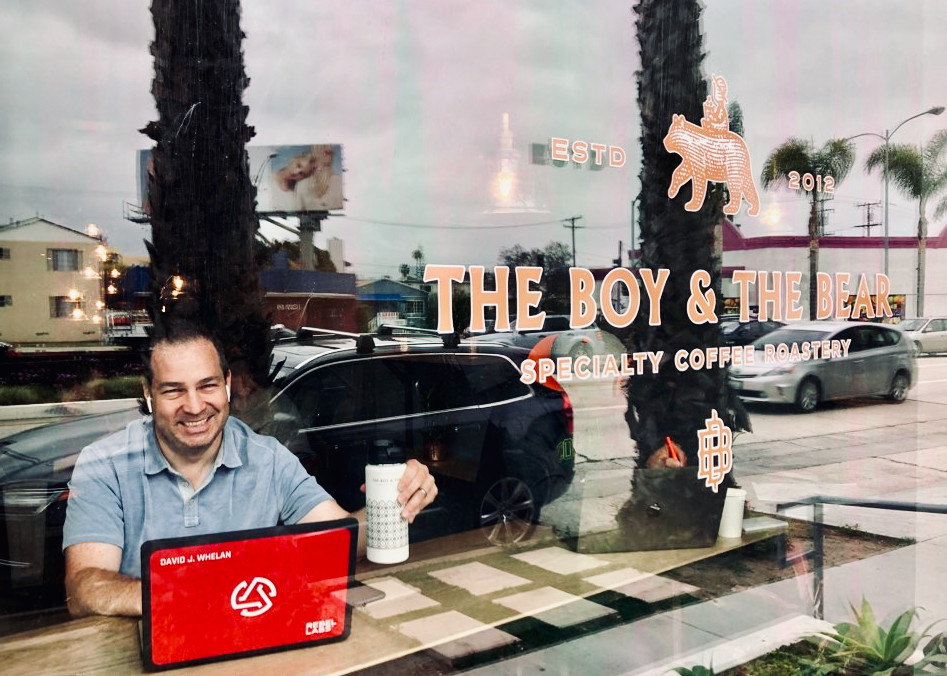 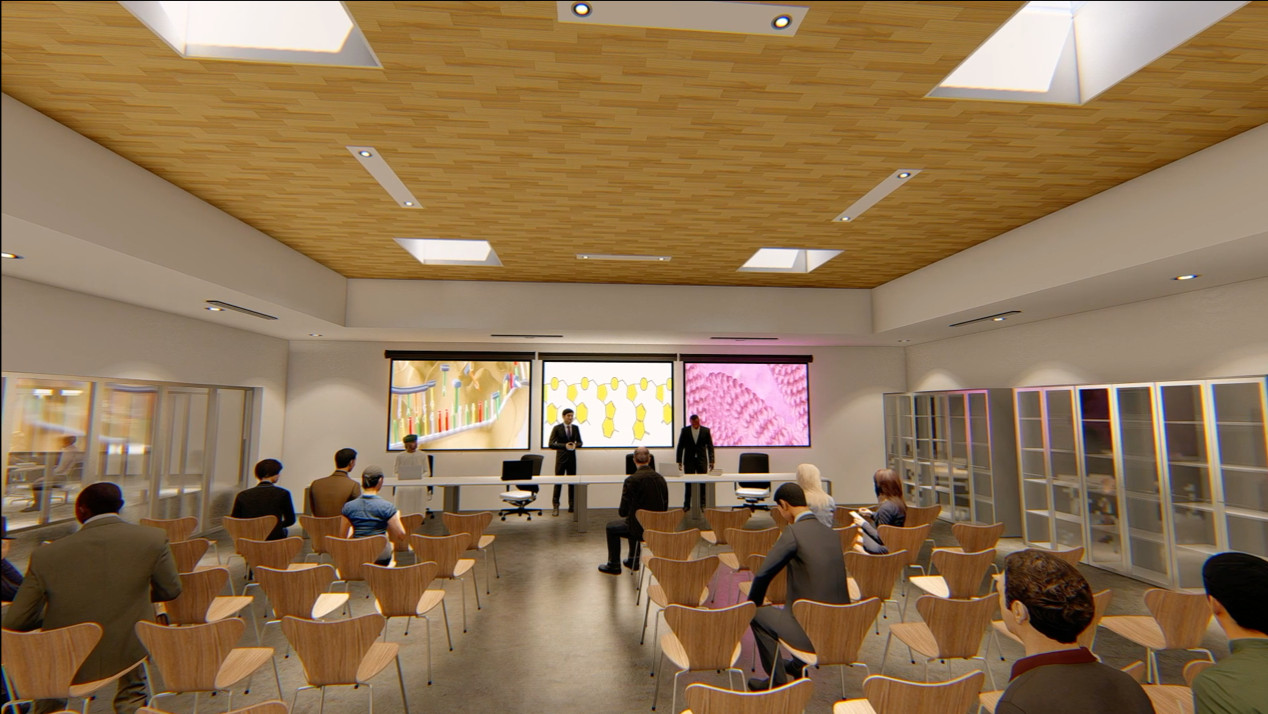 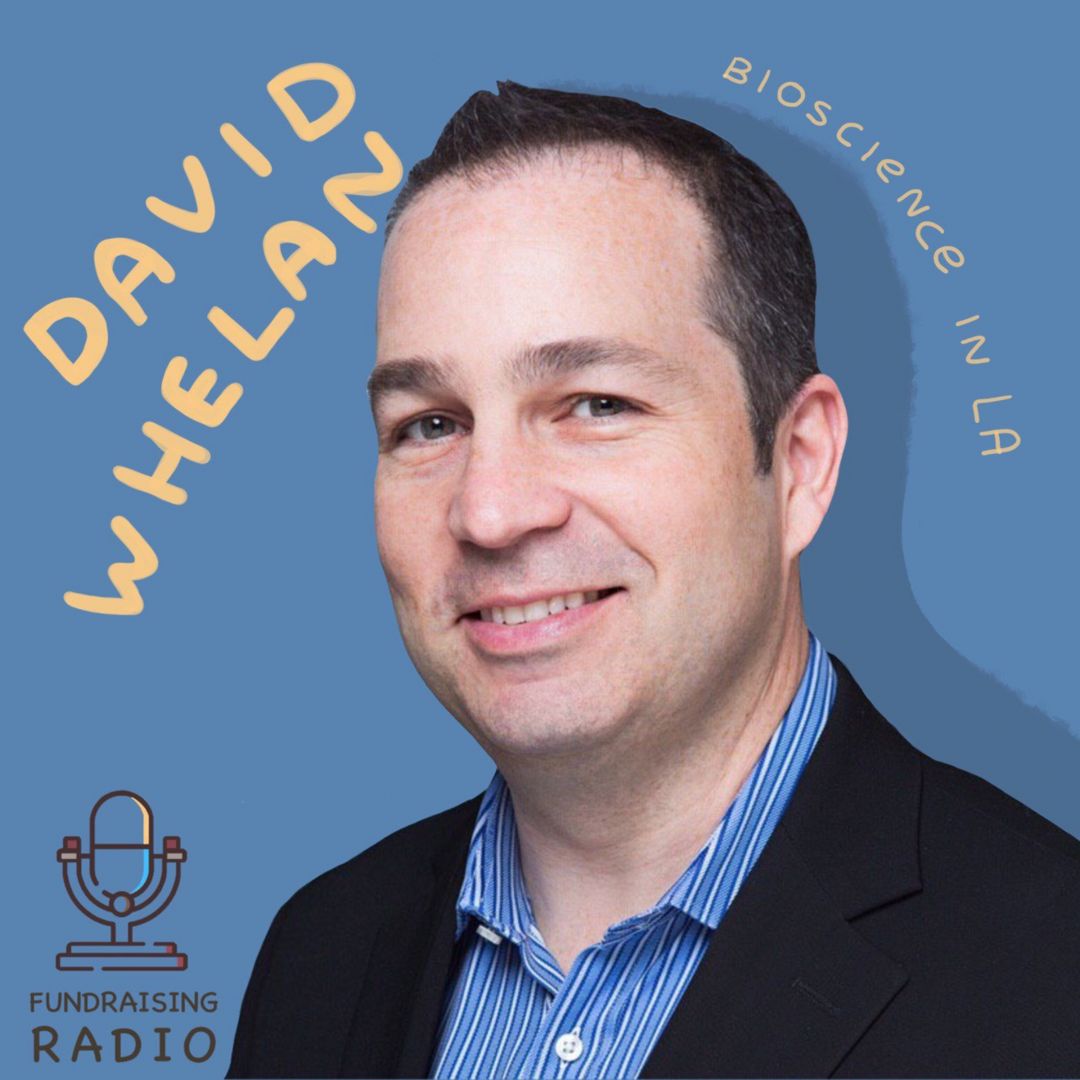 Who else deserves some credit and recognition?
I have had many bosses, clients, and collaborators over the years – a few bad, most good, a few amazing, One of my first bosses was a true gentleman, scholar, and mentor. Conrad Prusak was the Co-Founder of Ethos Consulting Inc., a boutique executive search firm in San Francisco in the 90s. He taught me about business. He taught me about recruiting. He taught me about the importance of team and people in an organization. Most importantly, he taught me how to ask questions, how to listen, and how to empathize with my clients and collaborators. Years later, I still find myself referring to his guidance and even quoting him. Search never sleeps, indeed.