We had the good fortune of connecting with David Bragger and we’ve shared our conversation below.

Hi David, what led you to pursuing a creative path professionally?
Ever since early childhood I’ve had quite the obsession with musical sound, as well as moving images. Flip books, silent movies, talkies, photography and music have always fascinated me. In my teen years, I started playing electronic guitar and exploring music from around the world. That led to my interest in country blues, experimental music and Indian music. I also taught myself how to make films on 8mm and 16mm which led to directing experimental shorts as well as music videos for Bad Religion. In college, I studied religious folklore, film and ethnomusicology which led to my travels in India where I spent months with itinerant street magicians. I studied their sleight-of-hand magic and recorded their music and folktales. Basically, my life has been saturated with many forms of art that hearken back to old times. Then I discovered the world of traditional American folk music that we call “old-time” music. I study it, play it, teach it and produce albums and videos of the greatest traditional musicians alive. My obsession with old music and documenting traditional artists took over my life. I guess it all found me. It was never a conscious career decision. I simply followed my muse. Teaching, recording, touring and even providing the authentic sounds of old-time fiddle/banjo for soundtracks keep me very busy. Most importantly, I love being a part of the local tradition and guiding people down the path of old-time music. 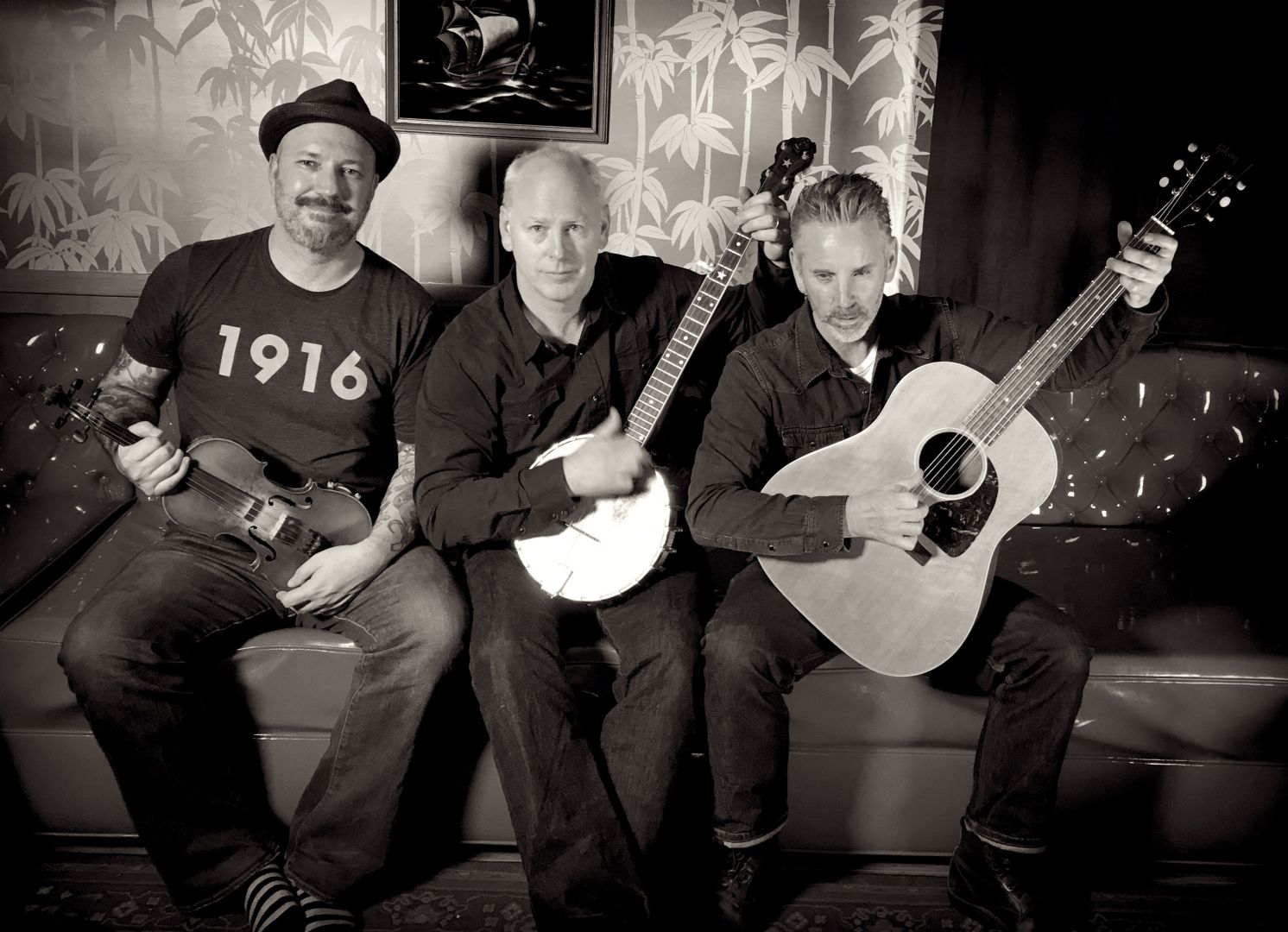 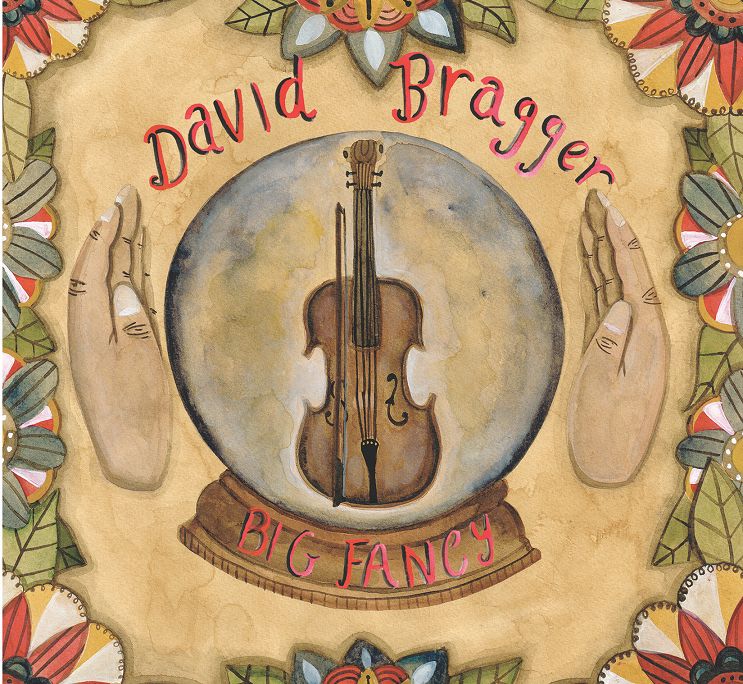 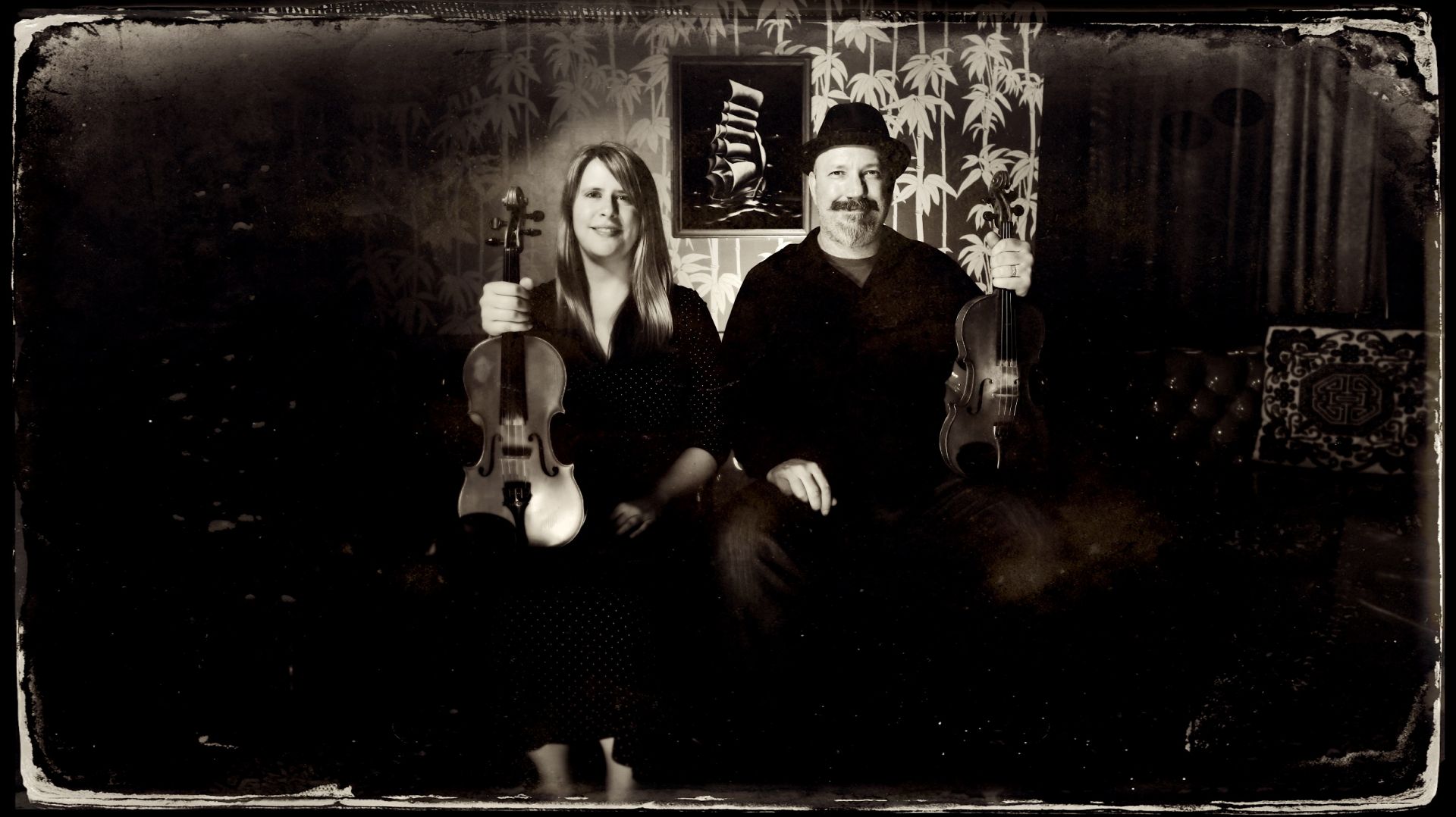 Alright, so let’s move onto what keeps you busy professionally?
When I inherited my great uncle’s fiddle in my 20s, I became totally obsessed with the old, wild sounds of traditional “old-time” fiddle and banjo music. I devoured everything I could about Appalachian music. I visited old-time fiddlers in Virginia, West Virginia, North Carolina and Tennessee to learn whatever I could. I was hellbent on unlocking the secrets of playing traditional American music. Especially the sounds of early African American fiddle and banjo players. In Los Angeles I discovered a living tradition of old-time music and learned from two generations of mentors, Tom Sauber and Mel Durham. This is an oral/aural tradition. You can’t properly learn the music, sounds and techniques via sheet music. It’s a folk tradition best learned directly from an artist who learned the old way. I was fortunate to have two mentors. It also came with a daily 3-5 hour practice regimen. I guess music is my lifestyle, not just a hobby. Within a few years I was teaching fiddle and banjo music locally in L.A. and then online all over the world. Teaching is my passion. In addition to private lessons, I also teach old-time stringband music at UCLA. Something else life-changing happened about five years ago. I began recording and filming master old-time musicians from around the country after being heavily inspired by Mike Seeger. I founded the record label, Tiki Parlour Recordings, with my partner Rick Hocutt. We began releasing CDs and specialty sets that feature music, videos, folk art and in-depth liner notes from the greatest living torchbearers of American traditional music. Our 20th release drops this month. I produce, record, film and edit most of our releases. Every other person (graphic designer, mastering engineer, copy editor, camera operator, producers, etc.) who contributes to these releases are traditional artists and musicians themselves. That’s important to me. Between teaching and running my label, I’ve performed nationally and internationally with folk and rock musicians like Greg Graffin, Social Distortion, Dom Flemons, Rafe Stefanini, Sausage Grinder and my fiddle duo with Susan Platz. Recently Susan Platz and I released the very first double fiddle old-time album ever: King’s Lament–Old Time Fiddle Duets. This recording has helped reignite interest in old-time double fiddling around the globe.

Let’s say your best friend was visiting the area and you wanted to show them the best time ever. Where would you take them? Give us a little itinerary – say it was a week long trip, where would you eat, drink, visit, hang out, etc.
In non-COVID times, I take visitors to places like The Yard in Los Angeles to see real traditional music from around the world: Old-Time, Traditional Jazz, Country Blues, Cajun, Balkan, Métis, Ragtime and more. The “Down at the Yard” Monday night music series is hosted my musicians Frank Fairfield and Kelly Marie Martin. The Yard is owned by actor John Ennis. I always take visitors who have a hankering for Mexican food to Dos Arbolitos in North Hills. I love their chicken mole! Since many of my visitors are recording artists, I love taking them to Timewarp Records for vinyl records and Timewarp Music for vintage musical instruments. The Timewarp proprietor Shane Gudlow is one of the coolest dudes in Los Angeles. A popular destination on the Bragger tour for exotic libations is the legendary Tiki-Ti, a tiki bar with amazing Hollywood and Tiki culture history. The Museum of Jurassic Technology is also a must visit for lovers of strange curios and antique weirdness. If one is brave enough to permanently mark their skin with a banjo or panther tattoo, then head over to Bob & Charlie Roberts’ Spotlight Tattoo on Melrose. Traditional American tattooing at its best. 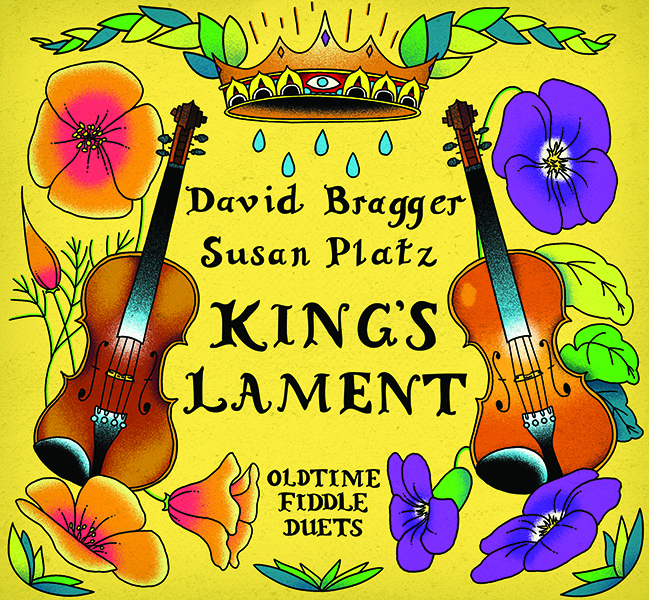 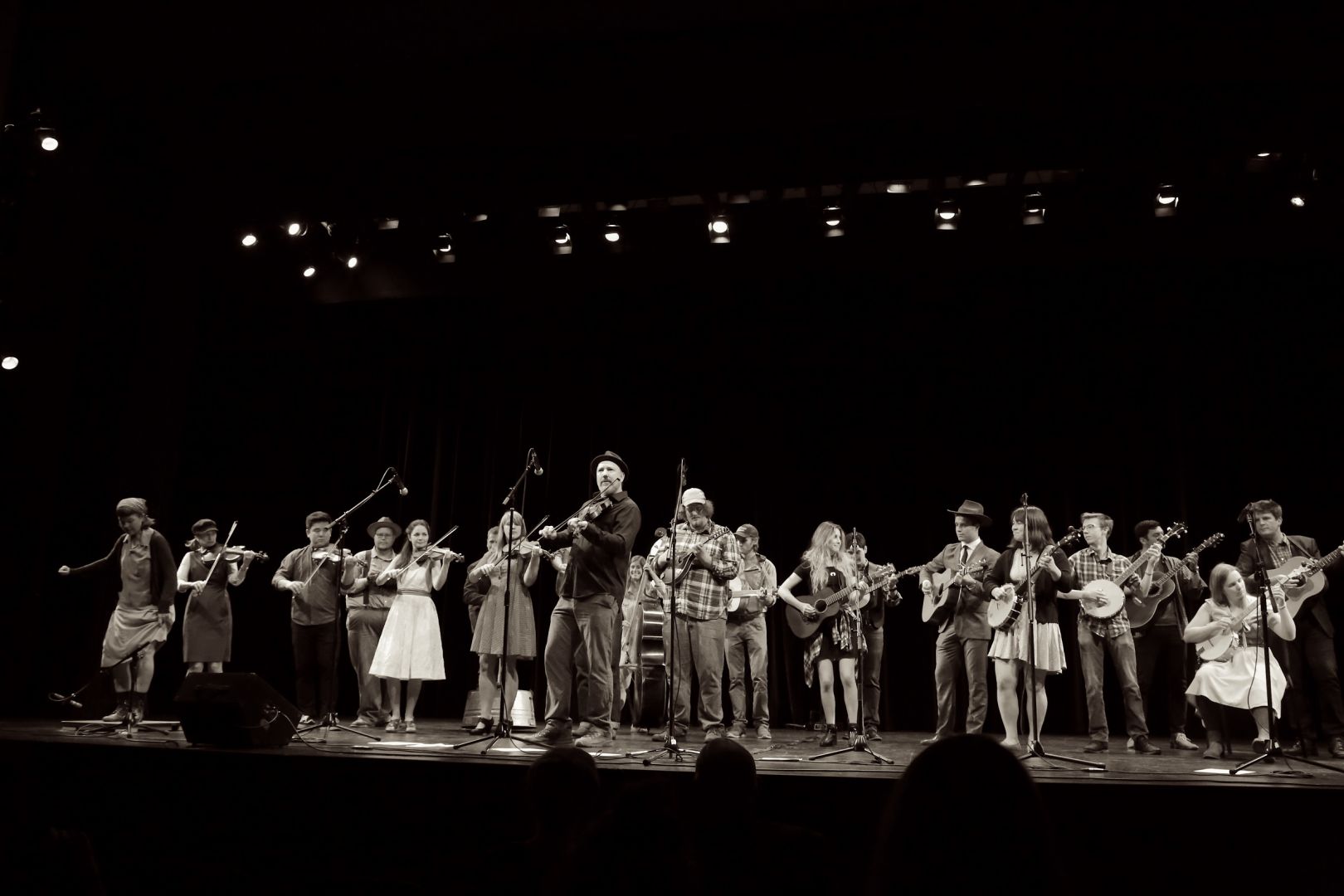 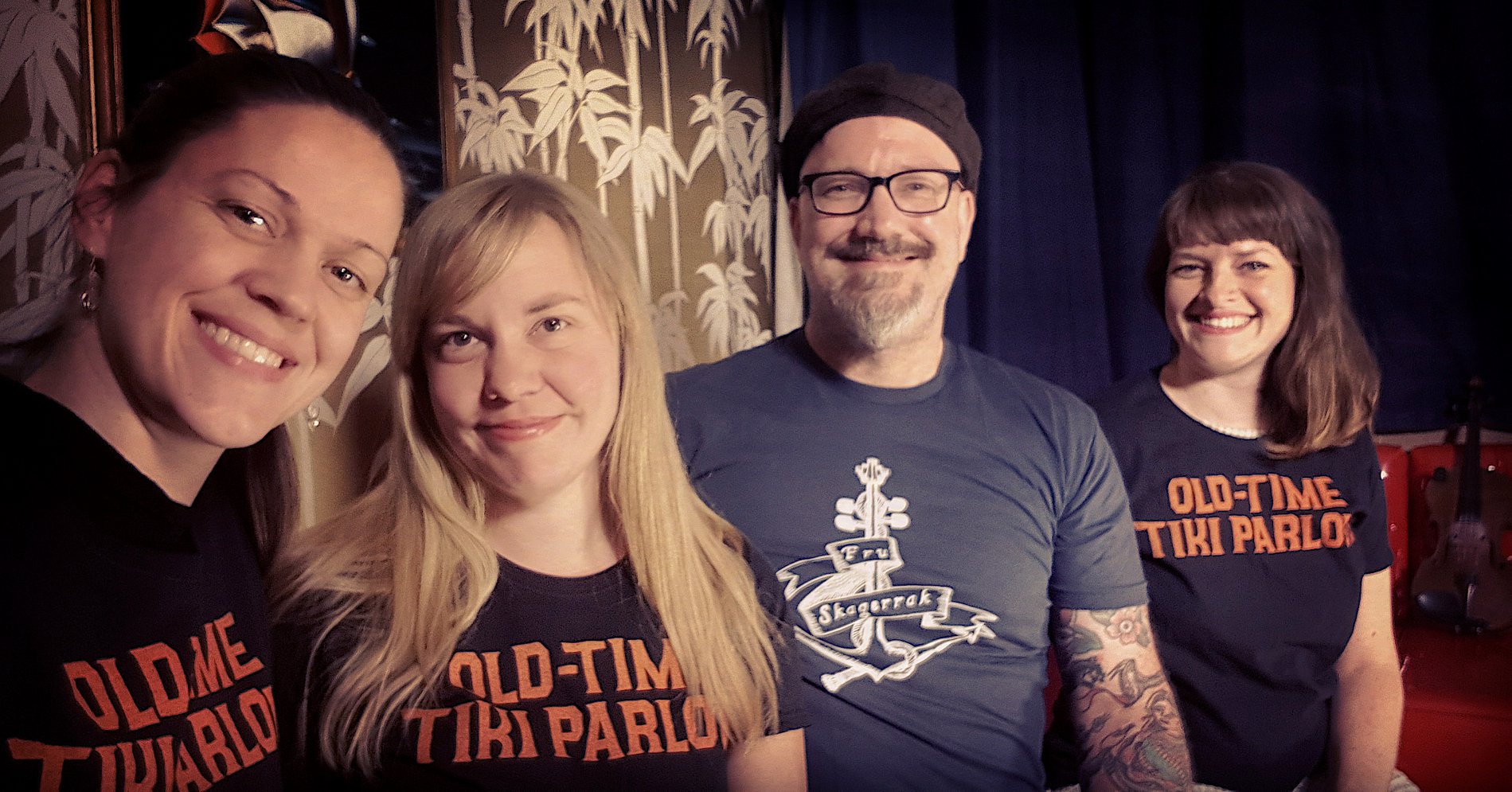 The Shoutout series is all about recognizing that our success and where we are in life is at least somewhat thanks to the efforts, support, mentorship, love and encouragement of others. So is there someone that you want to dedicate your shoutout to?
A few people had a hand in guiding me down the path. Greg Graffin (Bad Religion) always encouraged me to balance art and academia. He also turned me on to the legendary old-time musician Doc Watson which sparked my interest early on. His support for my filmmaking and music-making endeavors helped shape me. We have also recorded two albums together. Professor of Ethnomusicology Scott Marcus (UCSB) taught me the value of discipline and listening when studying traditional music. Those lessons have permeated everything I do in life. Finally, Tom Sauber, a legendary old-time musician in California, taught me how to bow the fiddle like the old masters. Without his patience and instruction I would probably not be doing what I do today. I owe most of my existence as an old-time fiddler to Tom Sauber.