We had the good fortune of connecting with Diana Anpilohova and we’ve shared our conversation below.

Hi Diana, how do you think about risk?
I did not realize the consequences of the risks I was taking, because my dream is bigger than those risks. Those risks become temporary obstacles and lessons I learn every day on a way to my dream. I think that I did not know all the effects of my action as it is hard to predict anything in the future. I find it interesting as playing the game. The game approach and positive thinking help to solve any problems that arise after taking a risk. So far I learned a lot from it. For example, one of the biggest risks I took on the way to my dream of becoming a professional animator was coming to study in a foreign country, from Ukraine to the U.S., completely alone. I did not know a lot about the U.S, about life here, and the system. As I had never been to the U.S before, I had to learn everything from scratch, even something easy, like opening a bank account. Also, when I came to America to study I was still a young, 19 years old student. I would say that not all fully grown-up adult people decide to completely relocate away from their families to another continent, but I knew what I was doing it. My dream is like a star that navigates me through the darkness of unknown risks and consequences. I did not know a lot but due to this fact, I started asking questions, sometimes very silly questions, to learn how everything works in a new for my country. Some people can rely on their families, that already have experience living in a specific country, but I did not have anyone and did not know anyone. So I was learning how to properly ask questions and I got rid of the fear that I would look stupid. I accepted the fact that I might look stupid to people who have more experience than I, and it is not a problem. I noticed, that many adult people are concerned about how people would think about them when they ask a question, and I got the most useful soft skill so far is not being afraid to ask as many questions as I need. This risk of moving to another unknown country alone and not being able to ask for help from family taught me a lot about myself and gave me soft skills such as asking questions and not being afraid. This skill helped me later during my education, I received more benefits from learning because I was letting my instructors know of my questions, and usually instructors loved answering questions so at the end of the day I would receive even more information and learn more. Also, just in regular life, I have less fear, because I know how to properly question people if in case I would need any help or guidance. Taking risks may be scary because as a human you can not see the future, or predict how the situation would develop, but apparently if you never try you would never know. 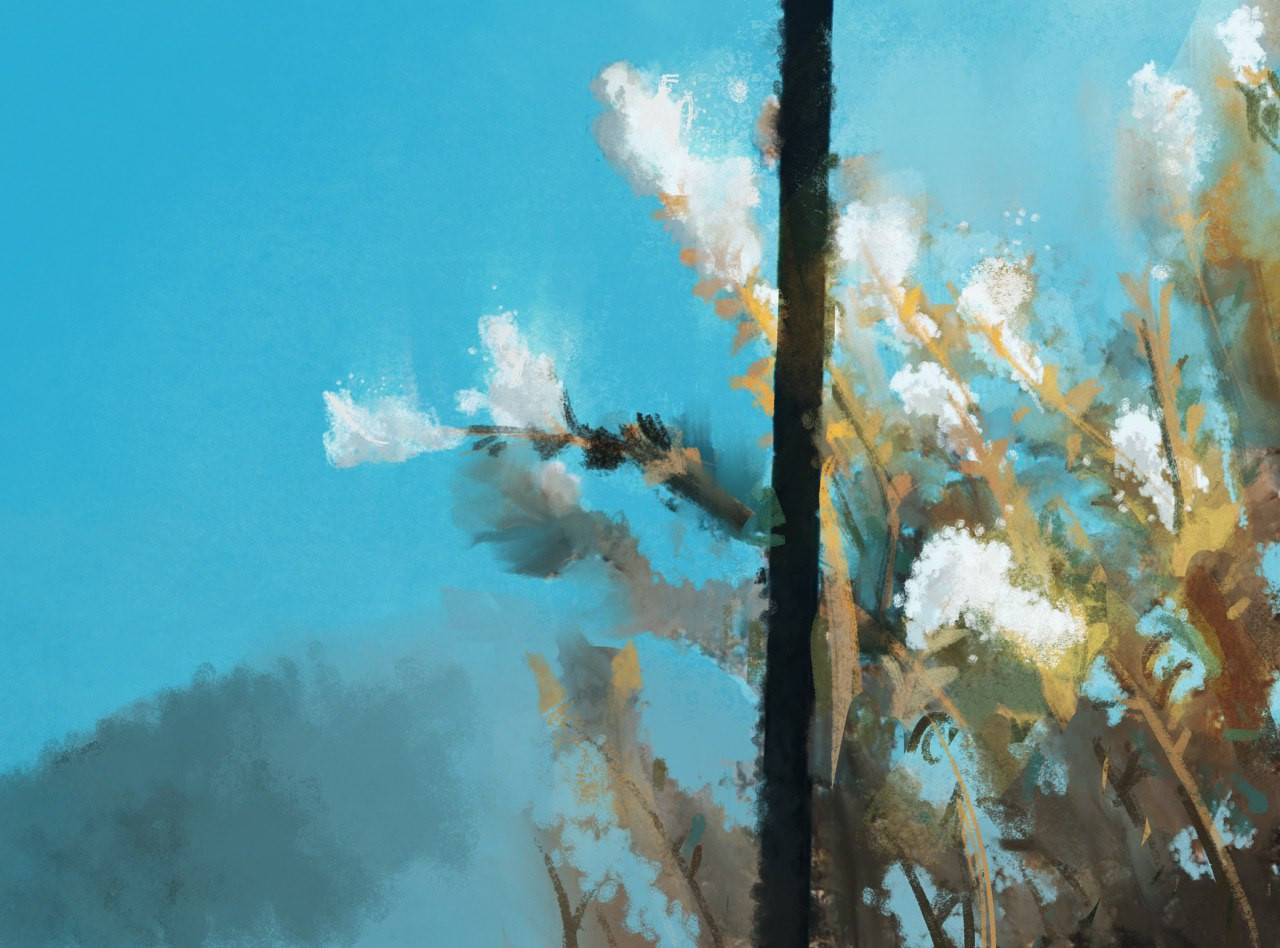 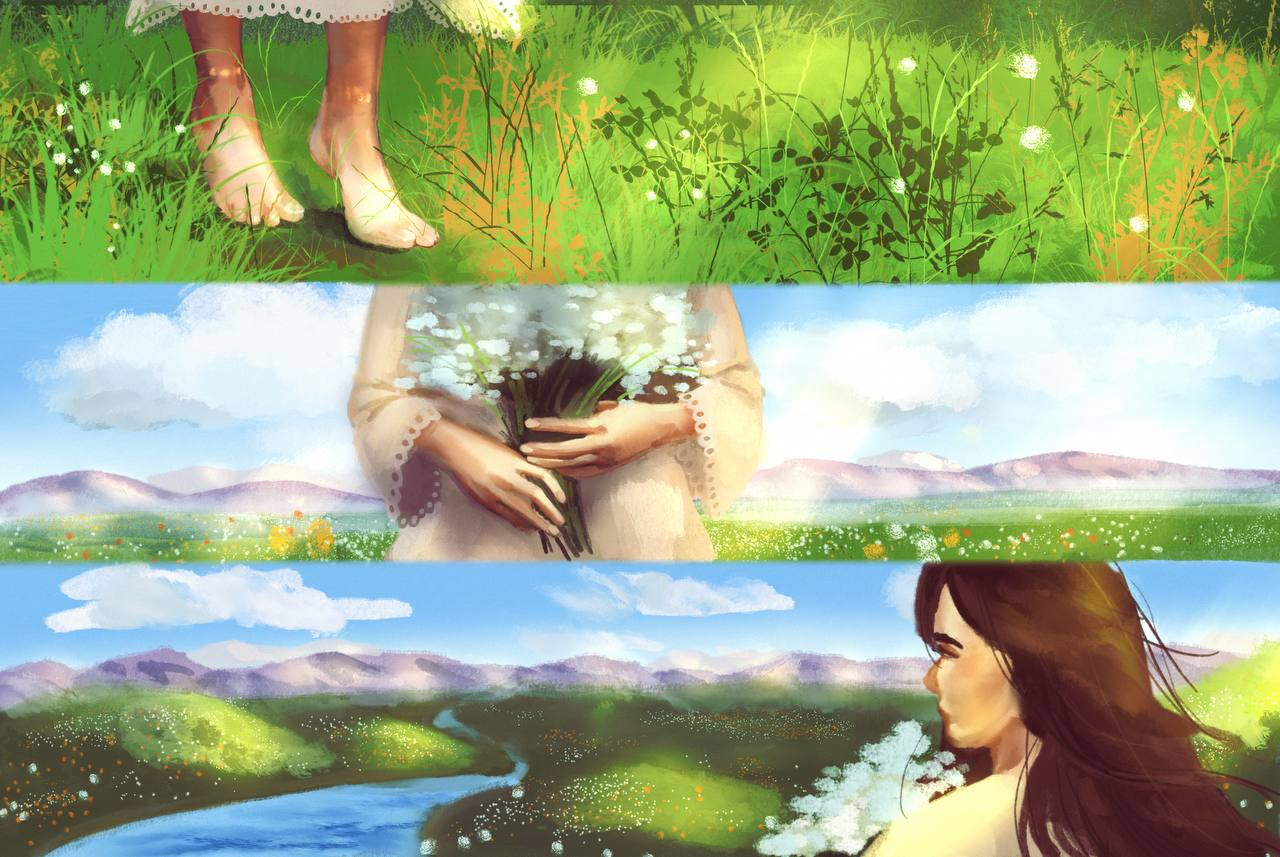 Let’s talk shop? Tell us more about your career, what can you share with our community?
Originally I was born and raised in Ukraine in the little town of Melitopol, which is famous due to its cherry trees. Since my childhood, I loved drawing. I attended art school for six years and took two years of individual study with the professional artist Natalia Nosova at the painting studio where I learned new techniques and gained creative freedom. At age fifteen, I realized that I wanted to pursue a career as an animator. Unfortunately, my hometown and country do not have a university that focuses on animation. In this case, my first step in pursuing my dream to be an animator was to learn English as a second language. As an international student, I had to pass an international English test, and this part was not that easy, because I started learning English at age sixteen, and It was the first big step toward my dream to become a 3D animator. The next big step was applying and coming to study 3D animation. At age nineteen I began my BFA in 3D Animation and VFX at New York Film Academy in Los Angeles. That was not easy too, as I came to a foreign country alone, I did not know anyone. The stress you receive from moving is almost the same level as you would taking an ice bath.
Right now I am a young Ukrainian-American artist who works with various mediums and boldly promotes her visual rhetoric. My works are an example of the connection between traditional art and the latest digital technologies. It acquaints the American world with Ukrainian sensibility and folk authenticity and transfers the American constructive mentality to the Ukrainian art space. This unites not only eras but also continents, reducing the gap between the Old and New Worlds, tradition and technology, past and present. My art manifests a radical overcoming of gaps and boundaries. I work with both 2D illustration and 3D and 2D animation. Behind the outer lightness of the works, the art has worth a lot of not obvious and hidden influences. 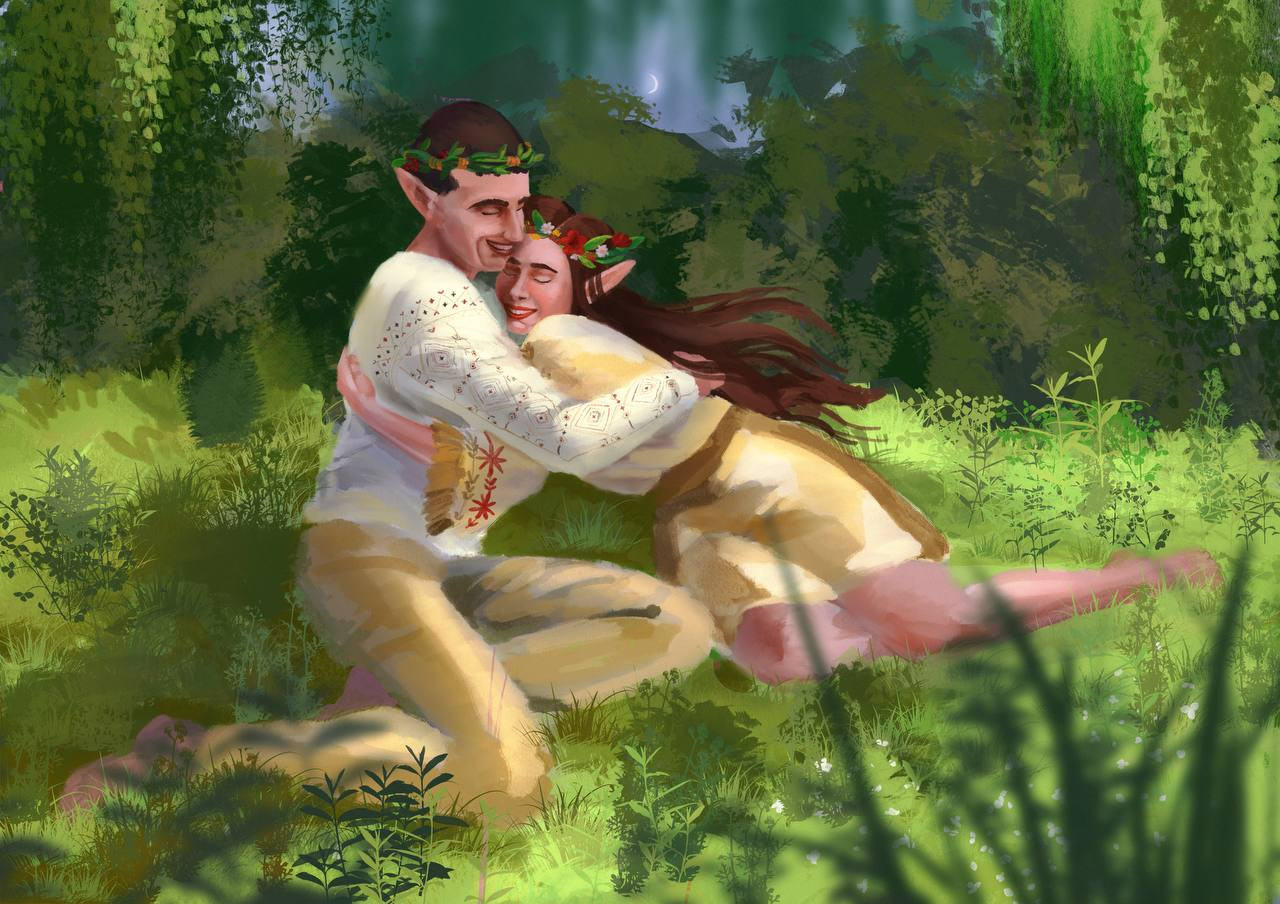 If you had a friend visiting you, what are some of the local spots you’d want to take them around to?
Talking about first visiting the Los Angeles\Burbank area. First, I would take my friend for sunset at Griffith Observatory, and before it, we would visit the Observatory inside, as it is very beautiful and interesting inside, as well as views outside. Then, we would go for a tour at one of the studios here and visit the amusement park. That day we would go for a second sunset on the beach. On the third and fourth days, we would spend a road trip to Death Walley National Park, as it is a unique place. We would camp and hike there. The fifth day is museum day! Academy Museum of Motion Pictures it is. Also, I would love to show my friend A Science Museum. During all those visits around the city, we would eat in Grant Central food market in downtown LA, we would visit the different restaurants to try diverse kitchens from all over the world, here is my favorite Indian Favor in downtown Burbank, Daikokuya ramen in Little Tokyo, and Tocaya Modern Mexican restaurant. 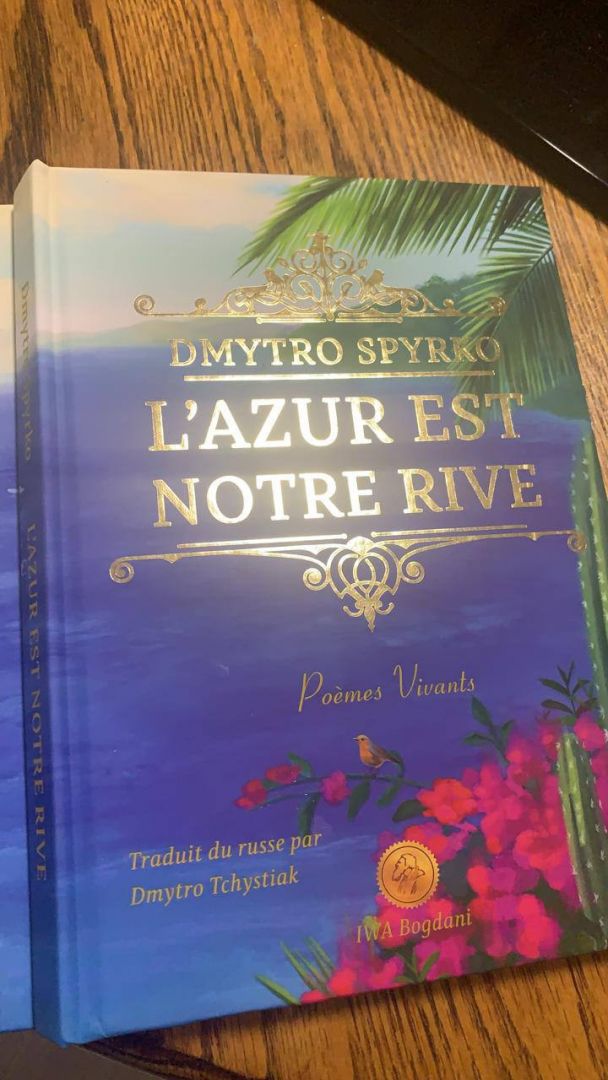 The Shoutout series is all about recognizing that our success and where we are in life is at least somewhat thanks to the efforts, support, mentorship, love and encouragement of others. So is there someone that you want to dedicate your shoutout to?
All of my teachers and instructors deserve recognition, as very talented people, professionals who love what they do and inspire and encourage others to find their dream job that they would love from the bottom of their hearts. My journey to 3d animation started in Kyiv, Ukraine, at ArtCraft school, I studied VFX in After Effects with VFX artist Pavel Medvedev (Nickname – Uncle Hog). ArtCraft was an amazing place to learn and network with other students, who were different artists. Then, I think that the academy where I received my Bachelor’s degree in 3D Animation and VFX major played a great role, as another great place to study and meet people. I am very grateful to my animation mentor Gael Harlow for her guideline for me for 3 years at school. I am very grateful that at the academy I studied with VFX artist Frederic Durand, which gave me a lot of useful information. 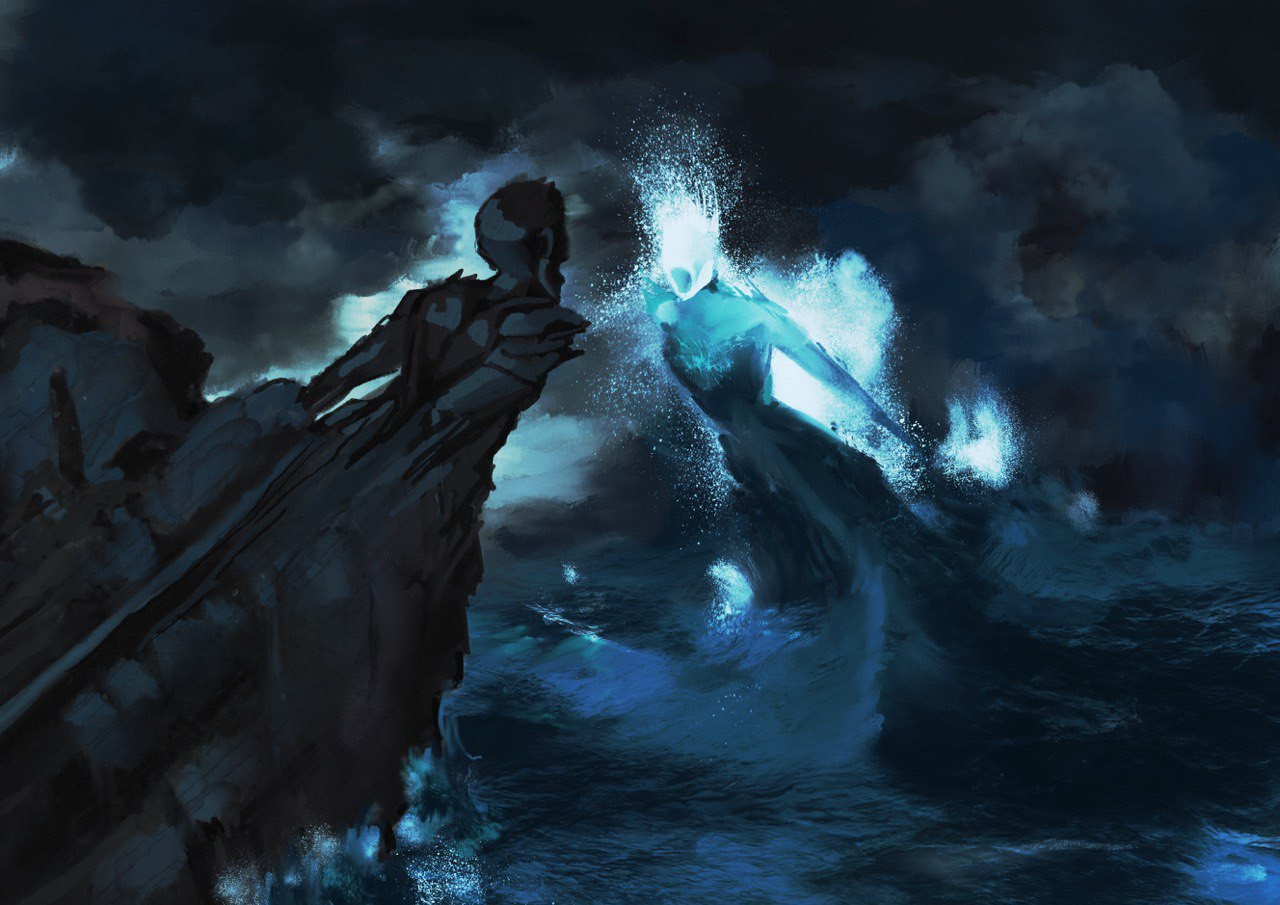 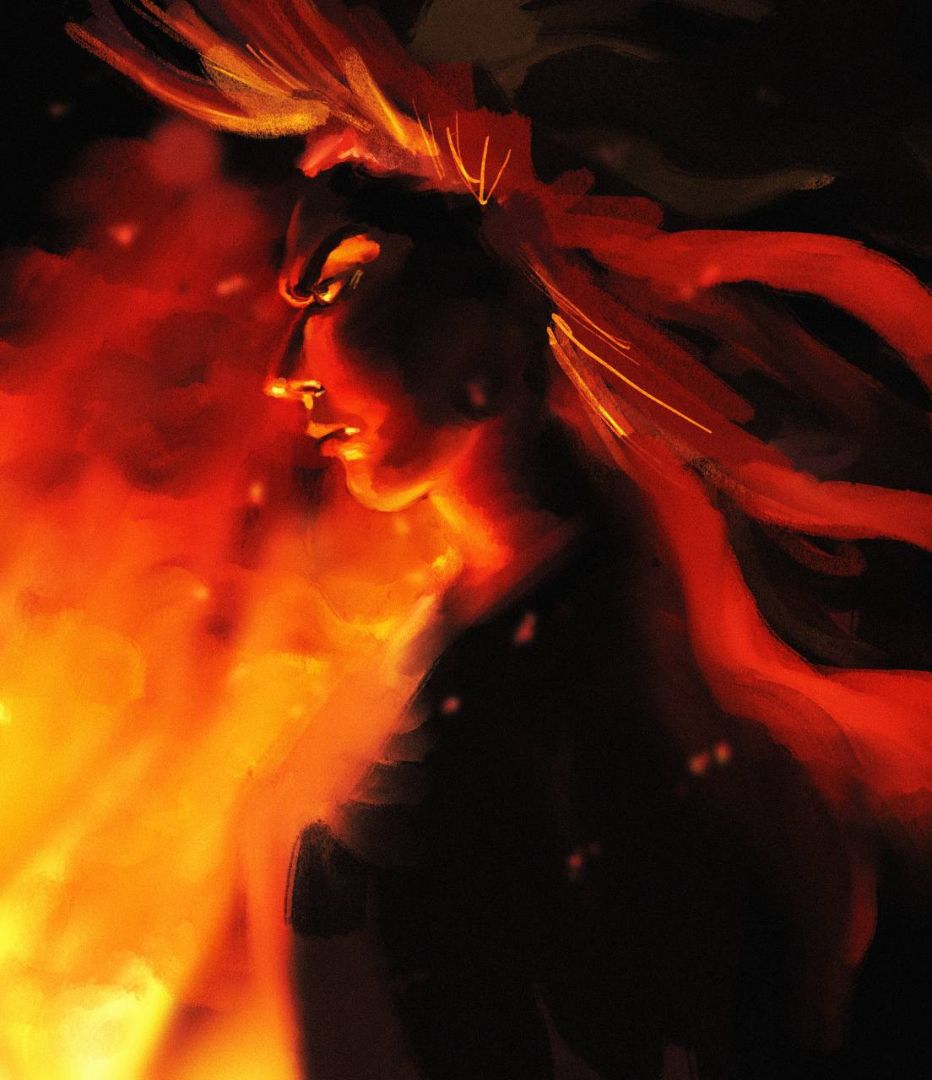 Image Credits
1. “Seeking for Peace”, 2022, was done to represent my hopes and prayers for Ukraine. 2. “Furious” was done to show my inner emotions during the war in Ukraine. 3. “Stay Together” Two Ukrainian mythical forest creatures in the modern-folk cloth, hugging in the forest 4. “View from my window”, 2019. 5. The book cover I designed for the French publication of poems of Ukrainian writer Dmytro Spirko 6. “Two Elements”, representing the equal elements of water and earth in a fight.