We had the good fortune of connecting with Diana Chow and we’ve shared our conversation below.

Hi Diana, we’d love to hear about how you approach risk and risk-taking
To me, taking risks is how you grow. In my life and career, I’ve gradually learned to take on greater risks, and with each risk I’ve taken I’ve learned something. Sometimes I’m amazed by the results, other times I’m initially disappointed by the results but ultimately even those things help me gain perspective and more knowledge about myself or the world around me. 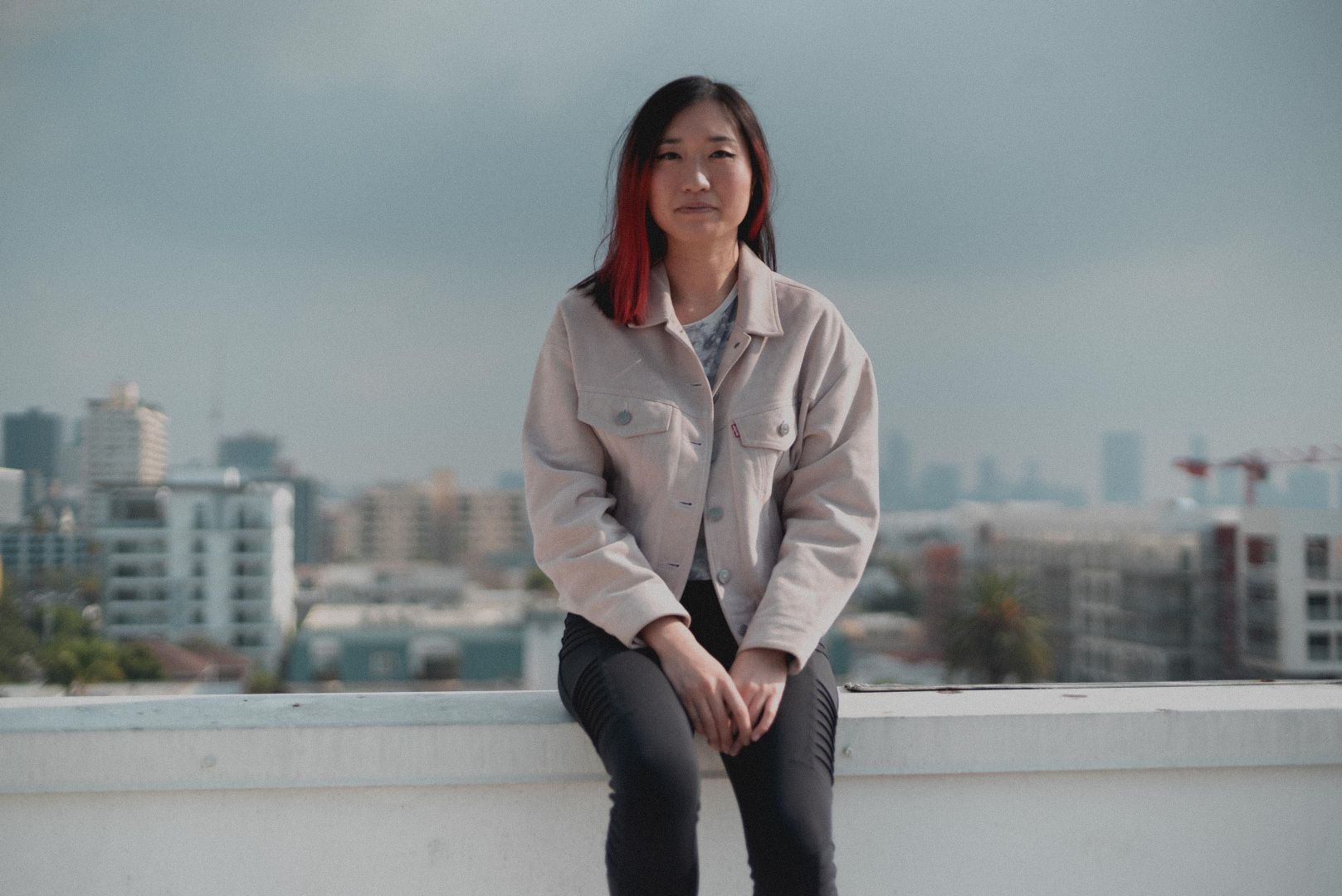 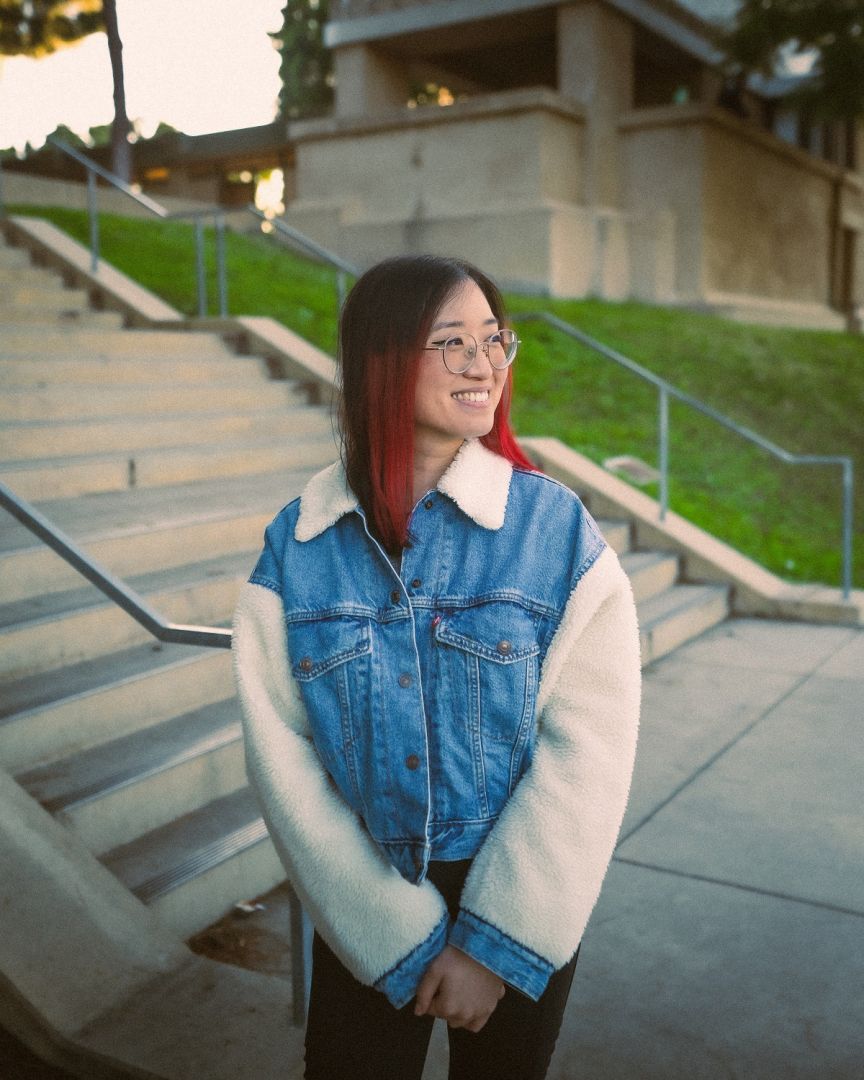 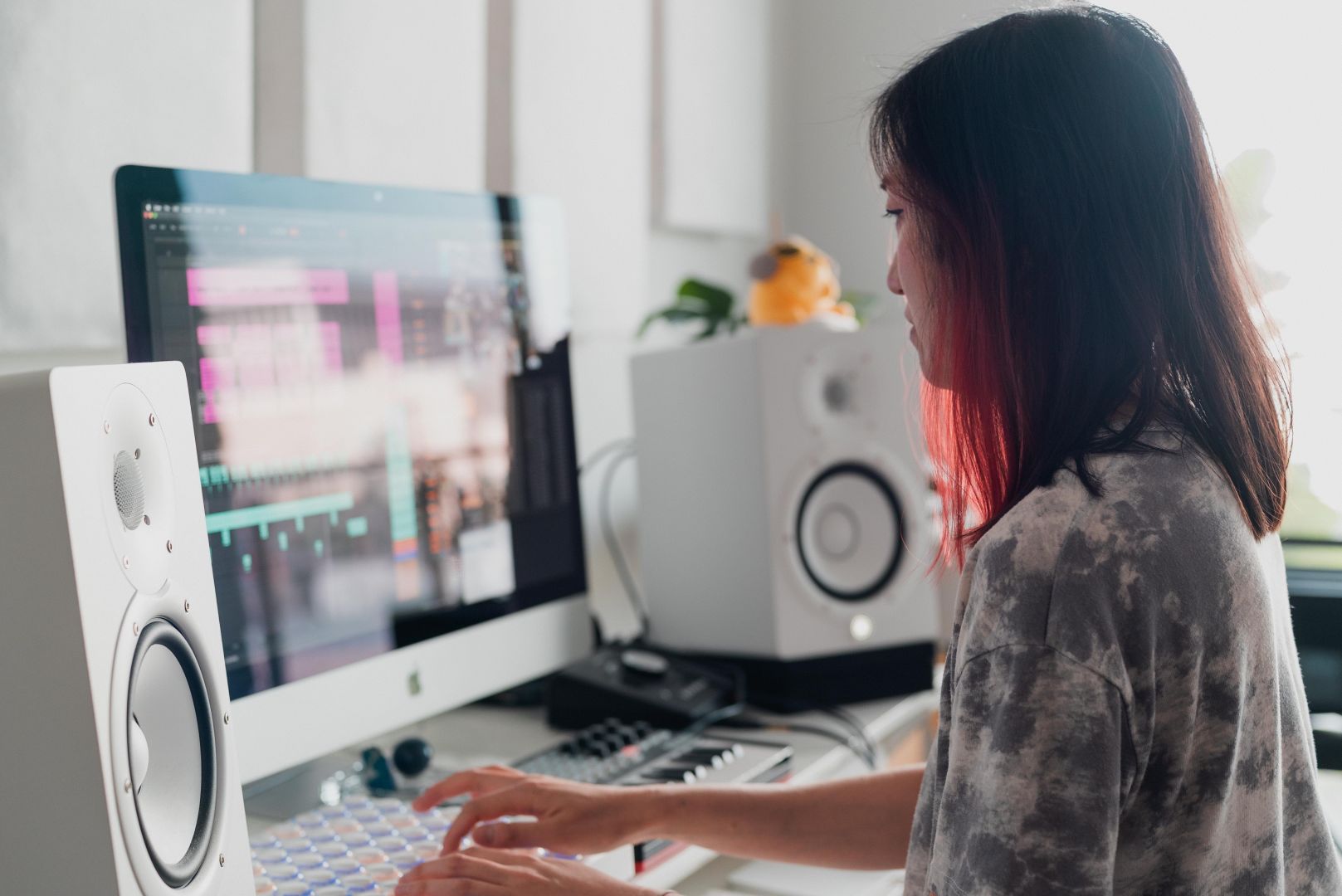 Alright, so let’s move onto what keeps you busy professionally?
As an independent music producer, I’ve been really fortunate to have worked with artists and independent organizations whose messages and missions I support wholeheartedly.

Most recently, I’ve been working with a talented R&B/Soul artist named SHAYLA the artist, we’ve been working closely over the past year or so on various projects. I was the music editor and also produced a remix for a short film she wrote and produced with her husband Sylvanus Leone for her album titled Night Ride Home. The film was selected to screen at the Indie Night Film Festival at TCL Chinese Theater in March, which I’m absolutely thrilled to attend and be a part of. We’ve been working on new, original material together over the past few months and that has been a pure joy and I’m excited for that work to release broadly soon.

I also had the honor to work with Visual Communications, which runs the Los Angeles Asian Pacific Film Festival and used a song I produced a few years ago for their festival event trailer and post-festival highlight reel. I worked with their creative director Dorothy Xiao to edit and remaster the song to fit their trailer better, and it was such a wonderful opportunity and event to be a part of. I will never forget the films I watched at the festival, they hit on a deeper level for me because they were culturally more familiar to me than most of the mainstream or broadly marketed films I’m exposed to. I’ll also never forget the feeling of hearing my music playing in the Regal Live LA theaters, as the trailer played before each film screening. It’s something I never imagined when I started out doing this, and still kind of blows my mind honestly.

I’ve also had the pleasure to work with multi-talented musician and composer Jen Kwok on music for her podcast called Unsquishing, which centers around the creative paths, mental health, and identities of Asian women in the artistic spaces.

I also thoroughly enjoyed working with Mas Moriya, who heads Strong Asian Lead, on music for its podcast which helps emerging Asian artists by sharing their stories and creating resources to take their art and careers on new and expanding paths. His efforts and drive to push the Asian creator community forward are so inspiring.

I’ve also been collaborating with other artists and producers on new songs over the past year, am proud of that work as well, and look forward to those being released broadly soon also.

I’m most proud of and excited to broadly release my independent material this year with my own songwriting and vocals, which has been a long time coming and is a big step for me as it’s been one of my goals since I started producing music.

For those unfamiliar with my music, I produce melodic electronic music that often overlaps with Hip-hop and Alt-R&B genres. I like experimenting with different genres, sounds, and samples. I often prefer to take unconventional routes or bake in unusual layers into my music that aren’t the typical norm for a given genre. I try not to adhere to too many rules when it comes to making music and prefer to go by pure sound and feel.

Getting to where I am today has not been easy, and it involved taking on increased risks as I mentioned earlier. “Feeling the fear and doing it anyway,” as it’s sometimes said. I’ve learned that often the obstacles are at their root a matter of mindset and resolving internal conflict. There can be external circumstances that make things difficult too, but mindset and how you think about yourself and the resources you have can overcome a lot.

I want the world to know that it’s never too late to pursue a passion or to simply change course, no matter how long you’ve been on one path for. I have found it better to look forward than to look backward.

Any places to eat or things to do that you can share with our readers? If they have a friend visiting town, what are some spots they could take them to?
I’m still getting to know LA myself, having been a resident here for 2 years and primarily during covid.

That said, I would want to take them to:
– the beaches (stroll through Venice and Santa Monica, hit up Broad Street Oyster Co for lobster rolls in Malibu + beach chill)
– Universal Studios and/or Hollywood (because it’s unique to LA and where so much of entertainment is made!)
– art galleries/studios/museums (LACMA, The Broad, Bergamot Station Arts Center)
– K-Town for delicious Korean food (Han Bat Sul Lung Tang, Hangari Kalgutsu, Quarters, Anko for dessert) and ax throwing at House of Axe
– smaller neighborhood strolls and window shopping at Atwater Village (Wanderlust Creamery!) and Little Tokyo (Otoro Sushi and (abeautifullife) Jamaican Kitchen!) and Arts District
– hiking in Malibu and Griffith Park
– Angels Flight in Bunker Hill 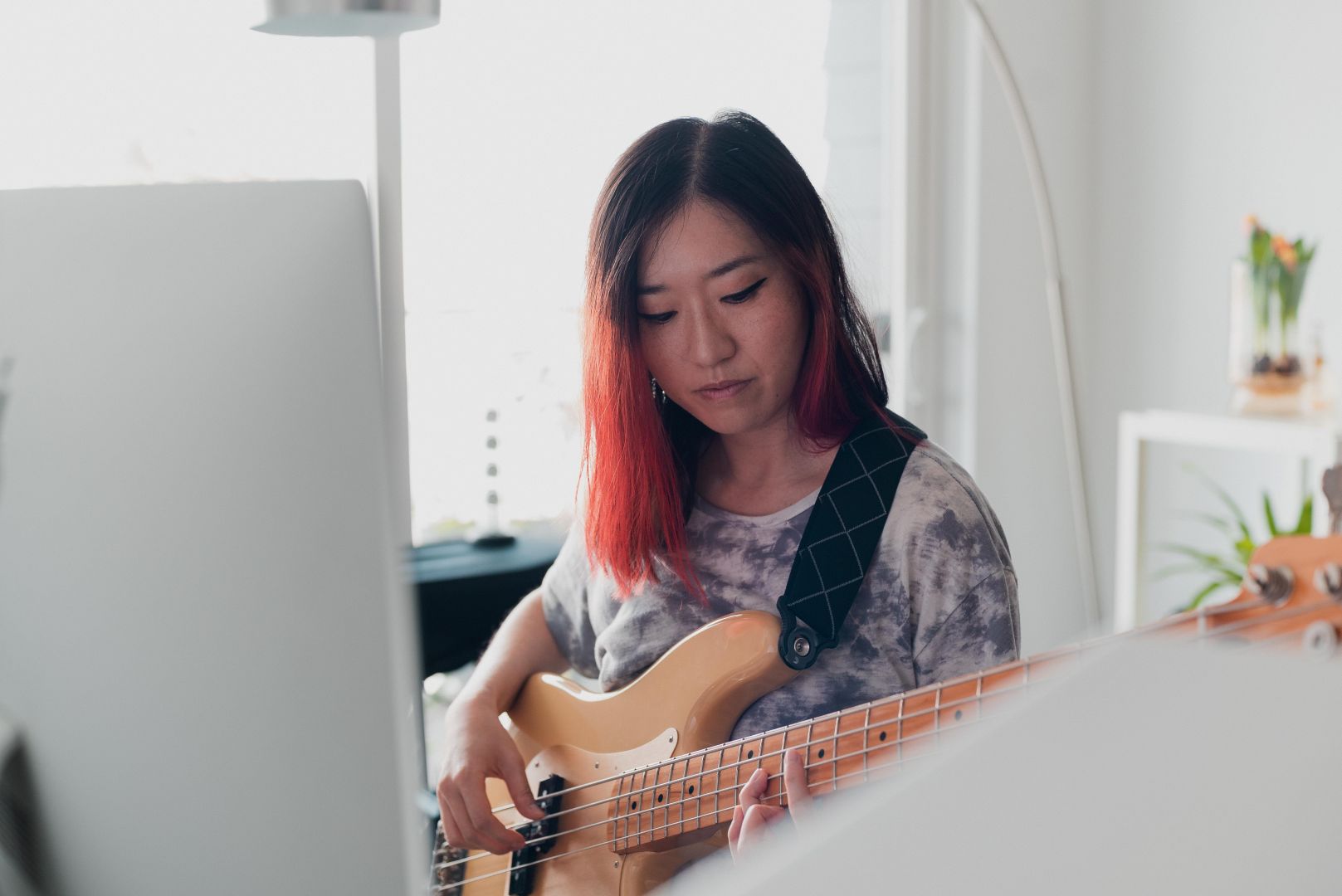 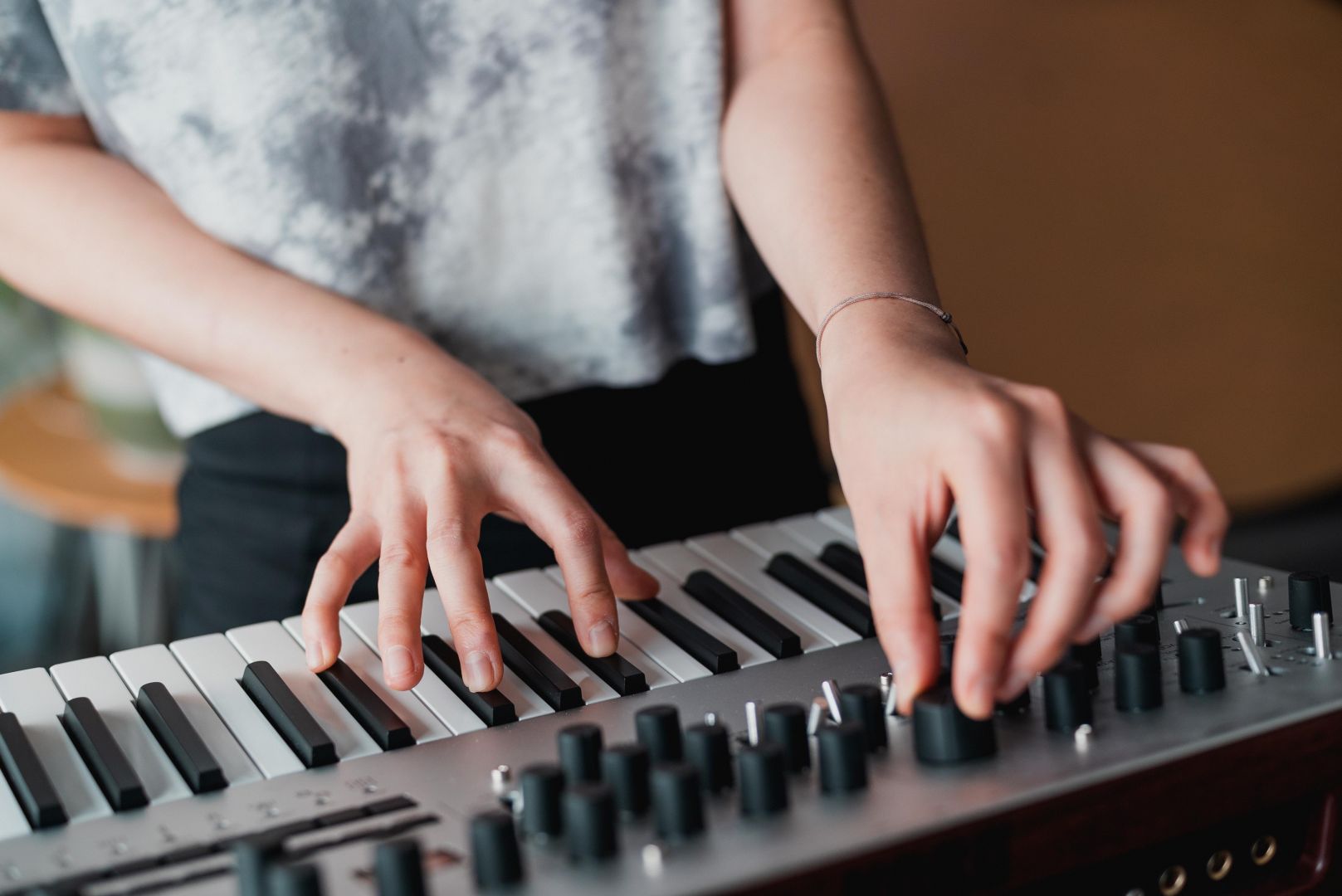 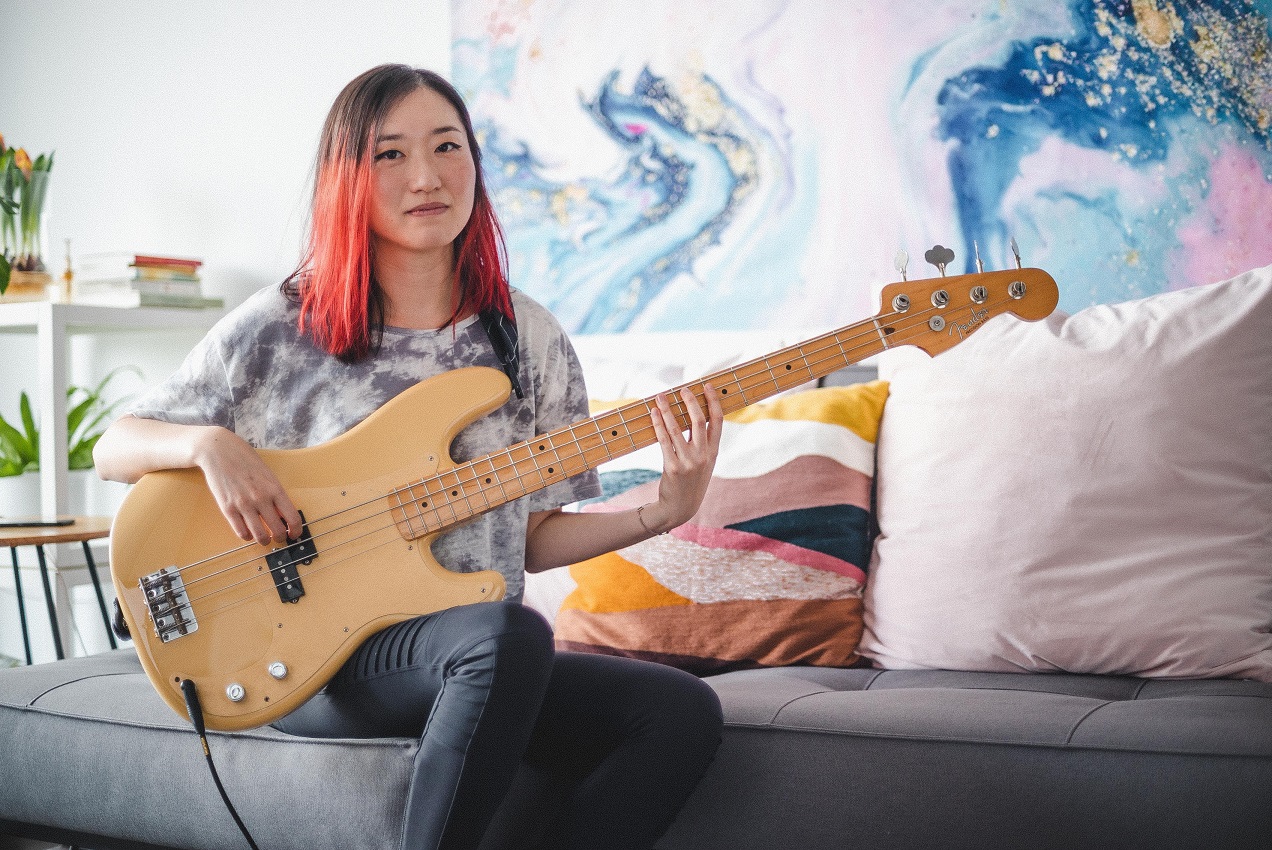 There are so many people and organizations that have helped me along my journey, it’s really impossible to pick one.

My mom and dad for working so hard to provide the environment, love, support, and guidance throughout my life that allows me to be doing this now. My brother John for helping to nurture my love of music when I was growing up and for encouraging me to move to LA to pursue music as an adult. His wife Marcia and their daughters Courtney and Chloe for their love and support.

My clients for believing in me and choosing me to help them with their creations (Angie Chang and Girl Geek X, Rachel Jamison, Shayla Finney, Ares Kpaka, Dorothy Xiao and Visual Communications, Shandy Brown, Jennifer Kwok and Unsquishing, Mas Moriya and Strong Asian Lead).

Bands and music groups I’ve learned from and had so much fun being a part of (Roadside Picnic, Songbirds, Techapella, Bird Eat Man).

Twitter (yes the tweet factory) for being such a bright era for me in my tech career before music and for fostering interest-based groups for its employees where I discovered the joy of singing a cappella (I have Trisha Quan to thank for that too!), which for me was a kind of gateway to music production. And one of my former managers there, Johanna Bautista, for her help in my career development and encouragement to pursue my passions.

Tomas Wischerath, Johnathan Zhu, and the whole talented crew of producers and artists at Hyperflow for being such an important and meaningful music community in my journey here in LA.

Everyone who’s engaged with and messaged me encouragement virtually or in person along the way (way too many to list).

Independent electronic music artists who have inspired me with their music and their lives (SOHN, Grimes, Giraffage, Yaeji, Kaytranada, and Lauv [who I coincidentally ran into on Melrose Ave earlier this week!] to name some).