We had the good fortune of connecting with Dixie Salazar and we’ve shared our conversation below.

Hi Dixie, what’s the most difficult decision you’ve ever had to make?
When I went to grad school in New York in my thirties, I had to leave my kids with their dad for two years. We were divorced. This event changed my life, but it was excruciatingly difficult and I still question myself about it even though I don’t see how I could have done anything differently. 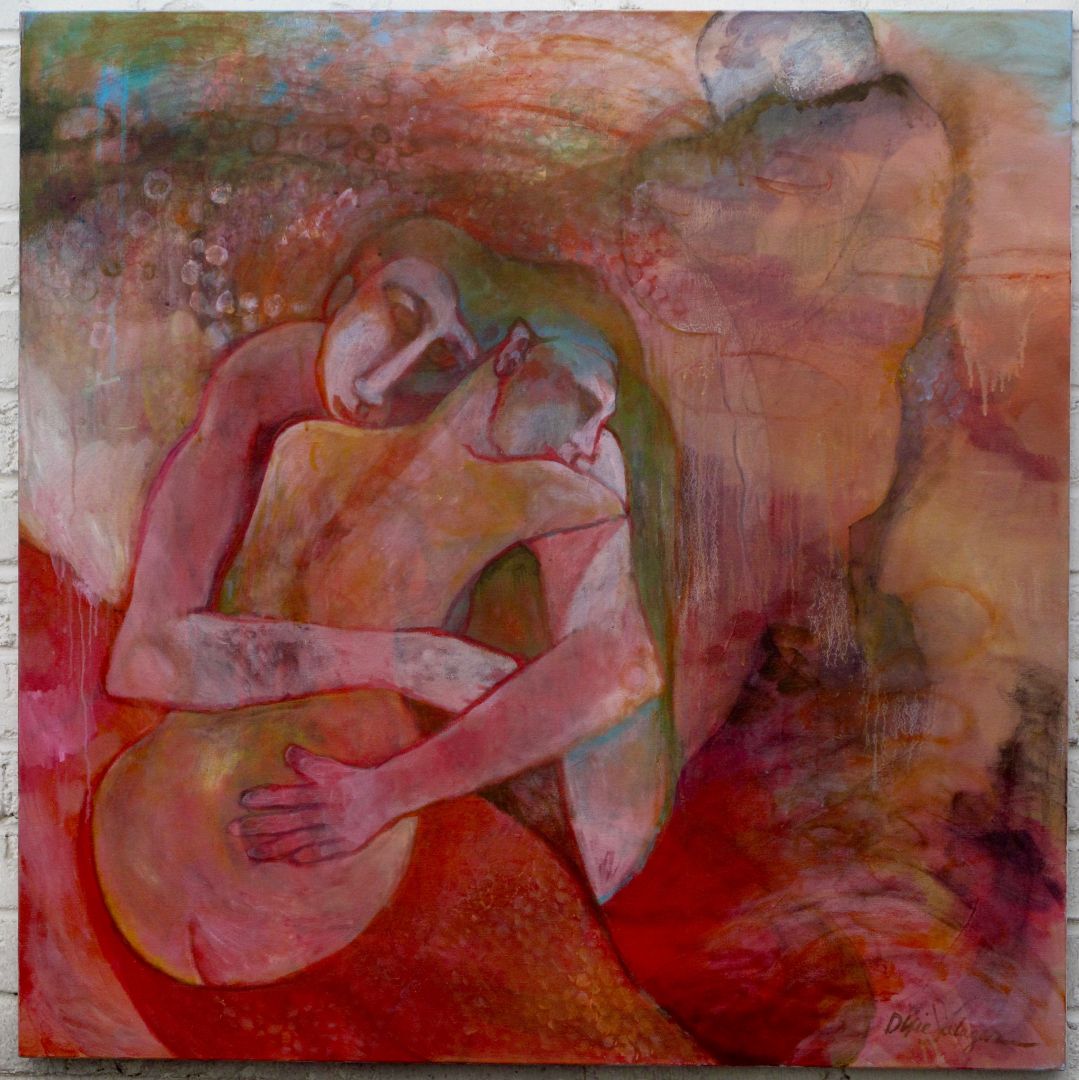 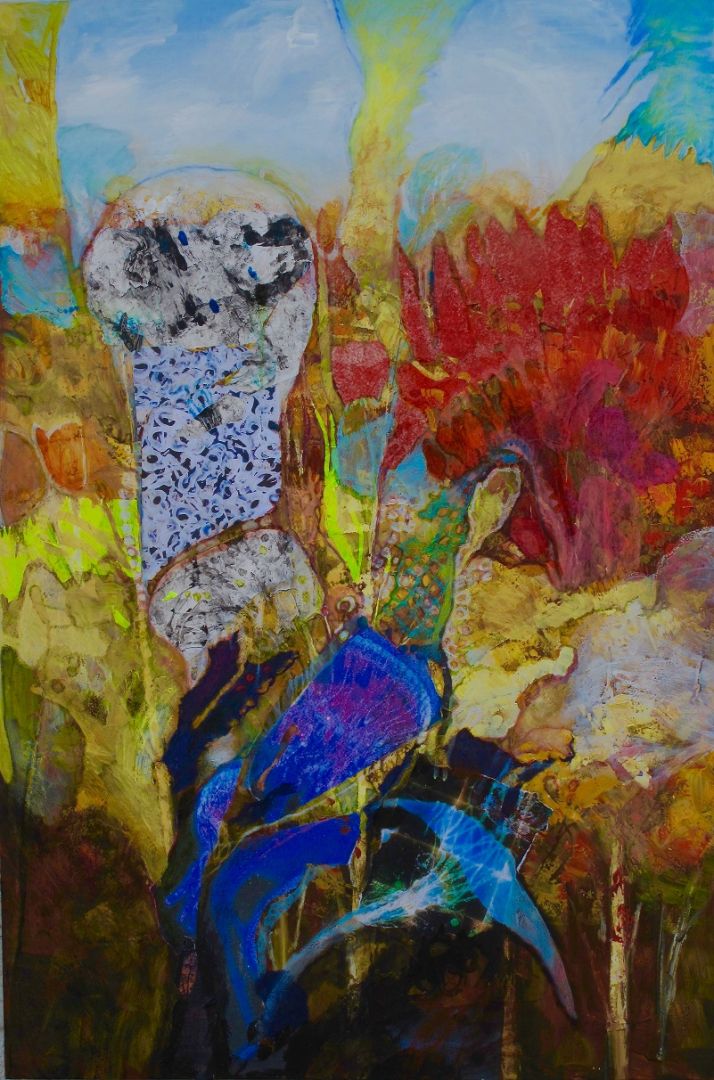 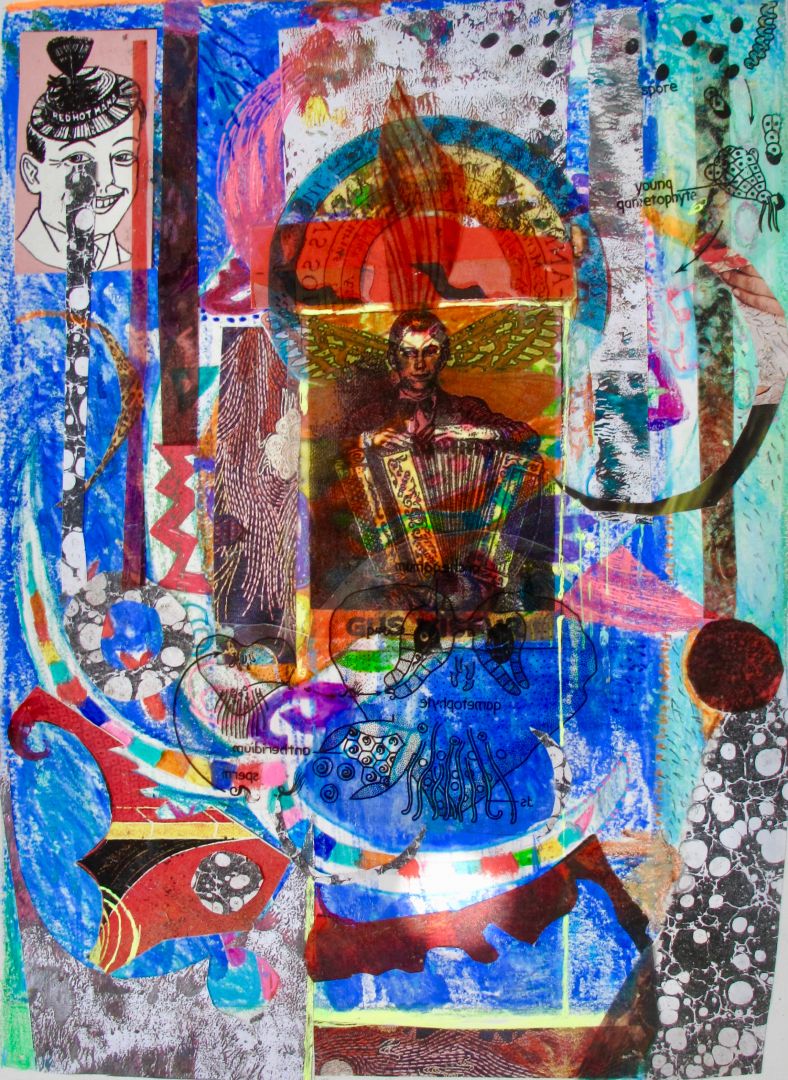 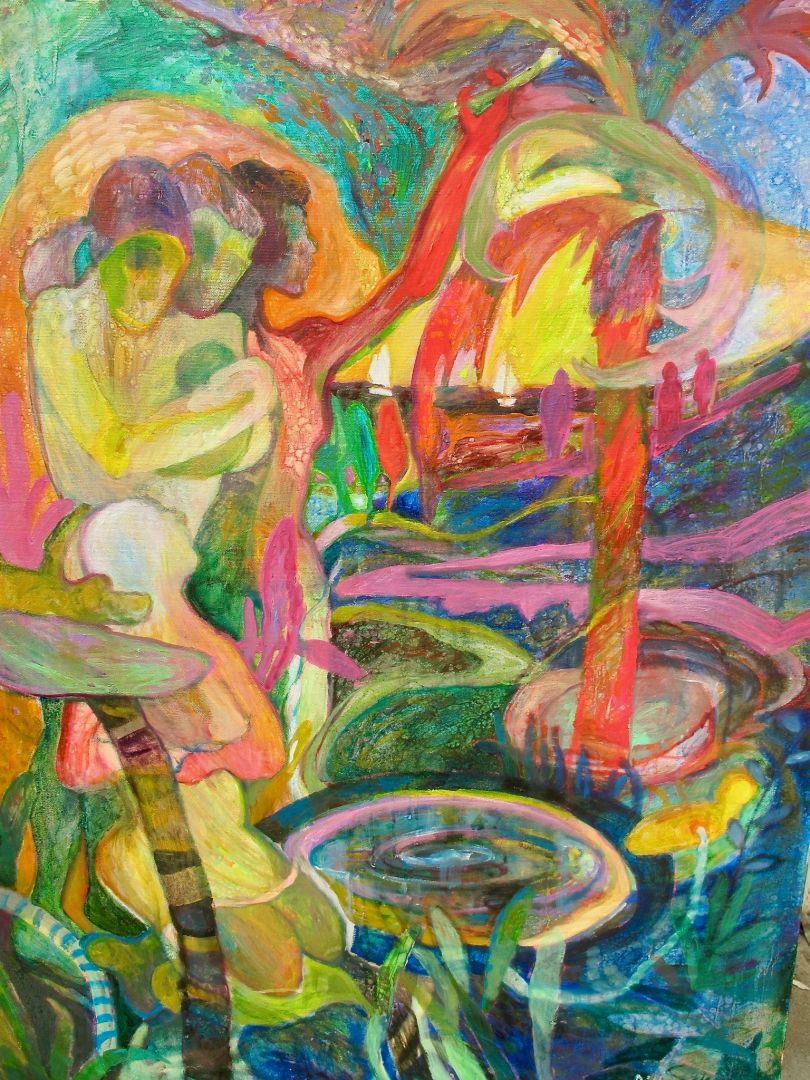 Alright, so let’s move onto what keeps you busy professionally?
I guess I’m most proud of the fact that nothing has ever stopped me from being an artist. It is my identity and has been there for me when almost nothing or no one else was. I have gone from painting on the kitchen table before the kids got up in the morning to having my own studio and a major one person show every year for the last 35 years at least. Hard? Hell yea. At times I had very little money and had to drive a car with no backward gear and figure out how to park it on campus! But the biggest takeaway for me was/is “don’t talk about it- just do it.” The security and confidence I feel today was hard won, but I own it. I feel lucky that I didn’t get sucked into situations where I had to paint for someone else. I paint what excites me, and if someone else likes it or buys it, that’s a bonus.

Any places to eat or things to do that you can share with our readers? If they have a friend visiting town, what are some spots they could take them to?
By far, the best keep secret of Fresno is Forestierre’s Underground Gardens, a marvel of engineering all underground and created with a pickax by one man. We have a great live music scene with amazing musicians so I’d take them to Lucys or some other club to hear great blues, which fresno was famous for in the sixties. We’d go to Vini Vidi Vici for some live jazz later and a Stockholm Royale, a drink invented here in Fresno. Next stop, the fresno art museum and then Arte Americas (Fresno’s Hispanic art gallery) and we’d have to hit some great dive-y but amazing Mexican restaurants- maybe Guadalajara for breakfast and Chef Paul’s on the west side later for authentic soul food. We’ve had great poets here also, but the scene has changed- maybe we’d visit the Philip Levine reading room at Fresno State. 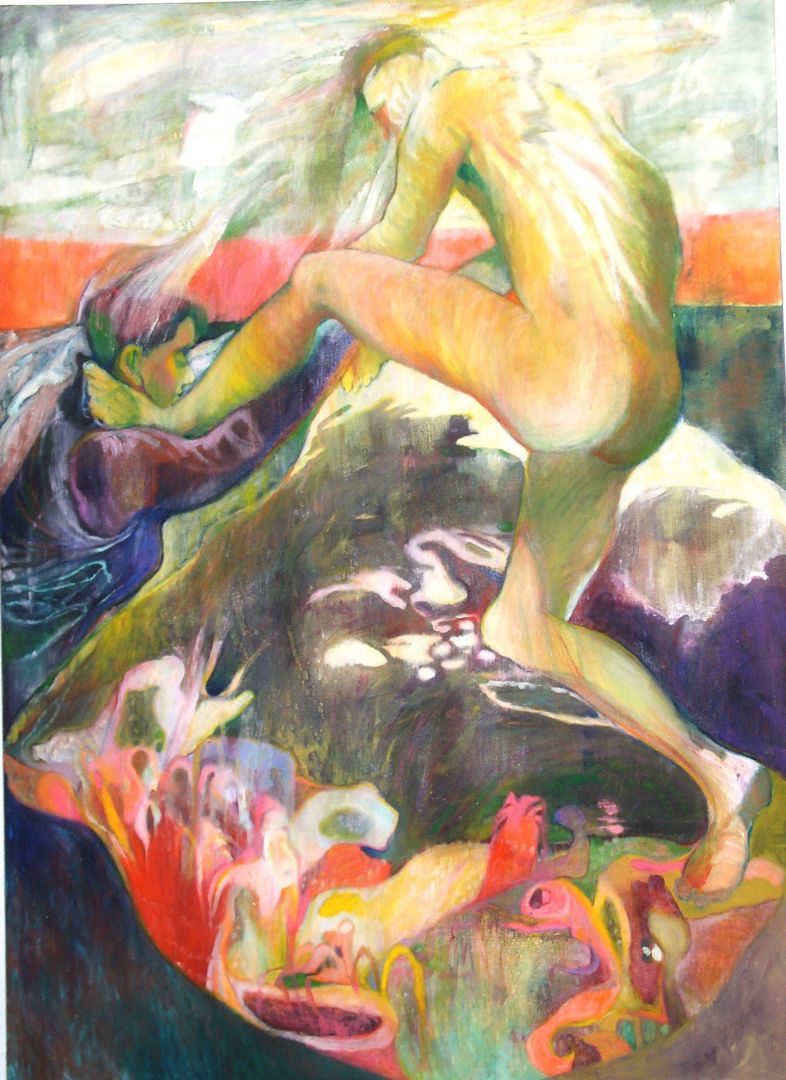 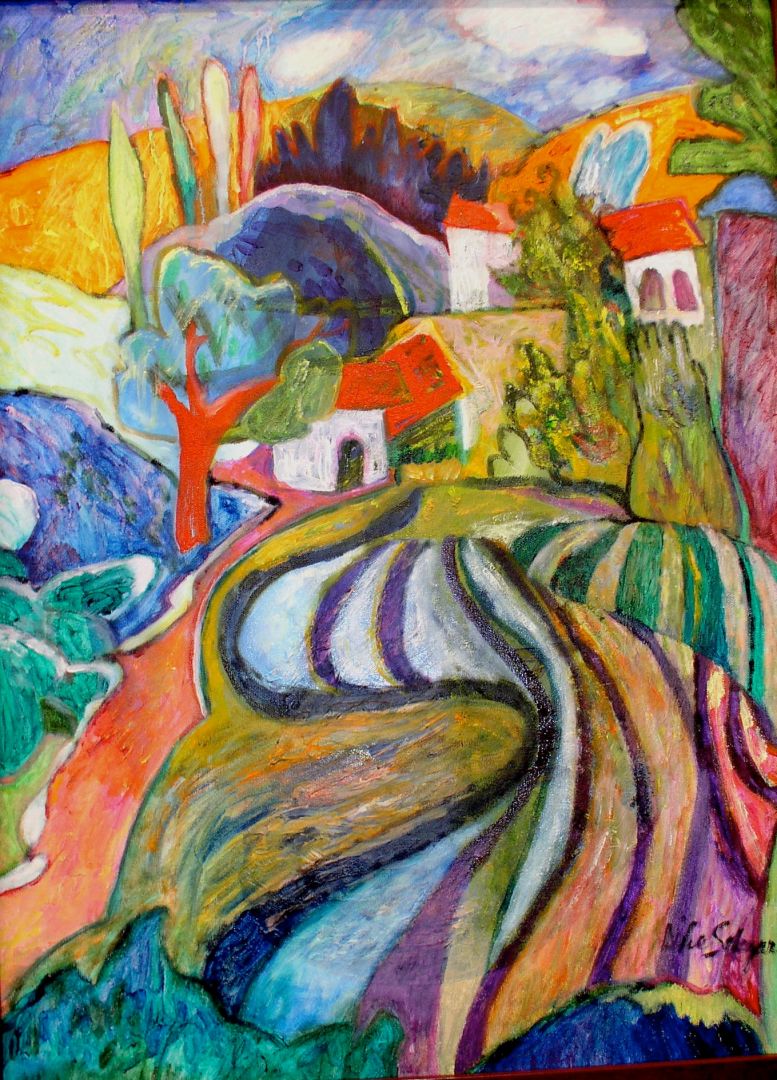 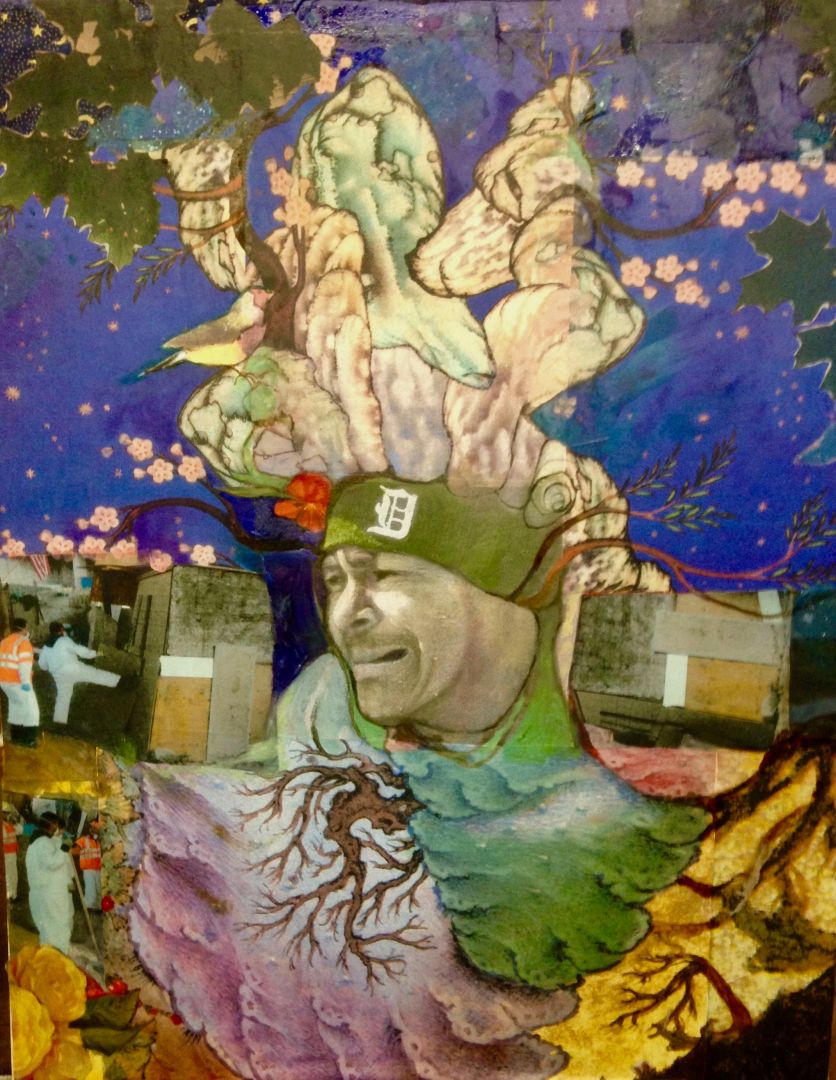 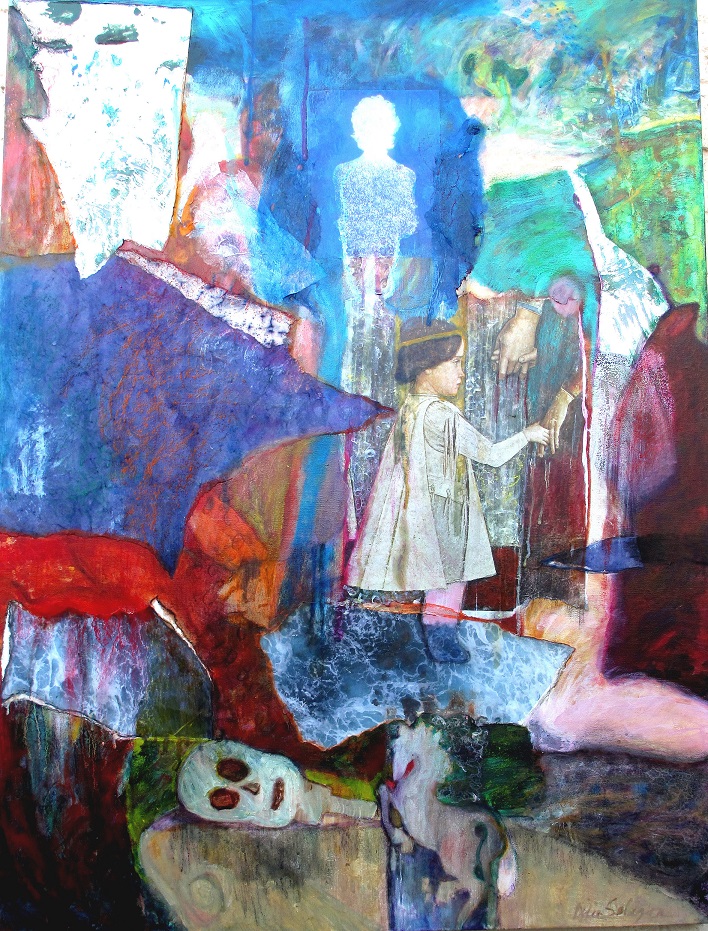 The Shoutout series is all about recognizing that our success and where we are in life is at least somewhat thanks to the efforts, support, mentorship, love and encouragement of others. So is there someone that you want to dedicate your shoutout to?
That would probably be my mother, although she didn’t see herself as an artist, she lived a life rich with creativity. She was primarily a quilter but knitted, crocheted, did needlepoint & aplique, even tatted (points If you even know what that is). She taught quilting and needle craft to seniors up until the day she died. She painted on everything- furniture, housewares, found wood, even her clothes. She took her knitting with her everywhere she went, even in line at the store, in case there was a spare moment that should not be wasted.