We had the good fortune of connecting with Edward Kil and we’ve shared our conversation below.

Hi Edward, the Shoutout series is all about recognizing that our success and where we are in life is at least somewhat thanks to the efforts, support, mentorship, love and encouragement of others. So is there someone that you want to dedicate your shoutout to?
Oh boy. So many people to shout out. First and foremost, my family. Like many others, I come from a humble background as an immigrant. Both my parents sacrificed everything to provide wider opportunities for me and my brother. They worked 365 days a year without breaks in the hopes of building a better future for us. My family members had their concerns about my decision to pursue art as a career, but they have always shown me love even in the face of the risks involved.

To my mentors who have inspired me, pushed me, and guided me– Gabe Lee, Chuck Yoo, Sean Hargreaves, Eric Ng, Tommy Kim, Steve Jung, and Jeff Walton.
Many thanks to all of you.

Putting aside the decision to work for yourself, what other decisions were critical to your success?
As cliche as it sounds, the decision to never give up. Being a creative is difficult and risky. It’s definitely a road for the fearless, as there are many obstacles that will discourage you on the path to success. There are times in the journey when lack of motivation, skill gaps, finances, and so on can feel like walls that are insurmountable. Whatever your methods are– whether it is to work around, climb, or break those walls– I think it boils down to the decision to relentlessly pursue your goals and dreams. I know in my journey as a creative, perseverance alone helped me get to where I am today. 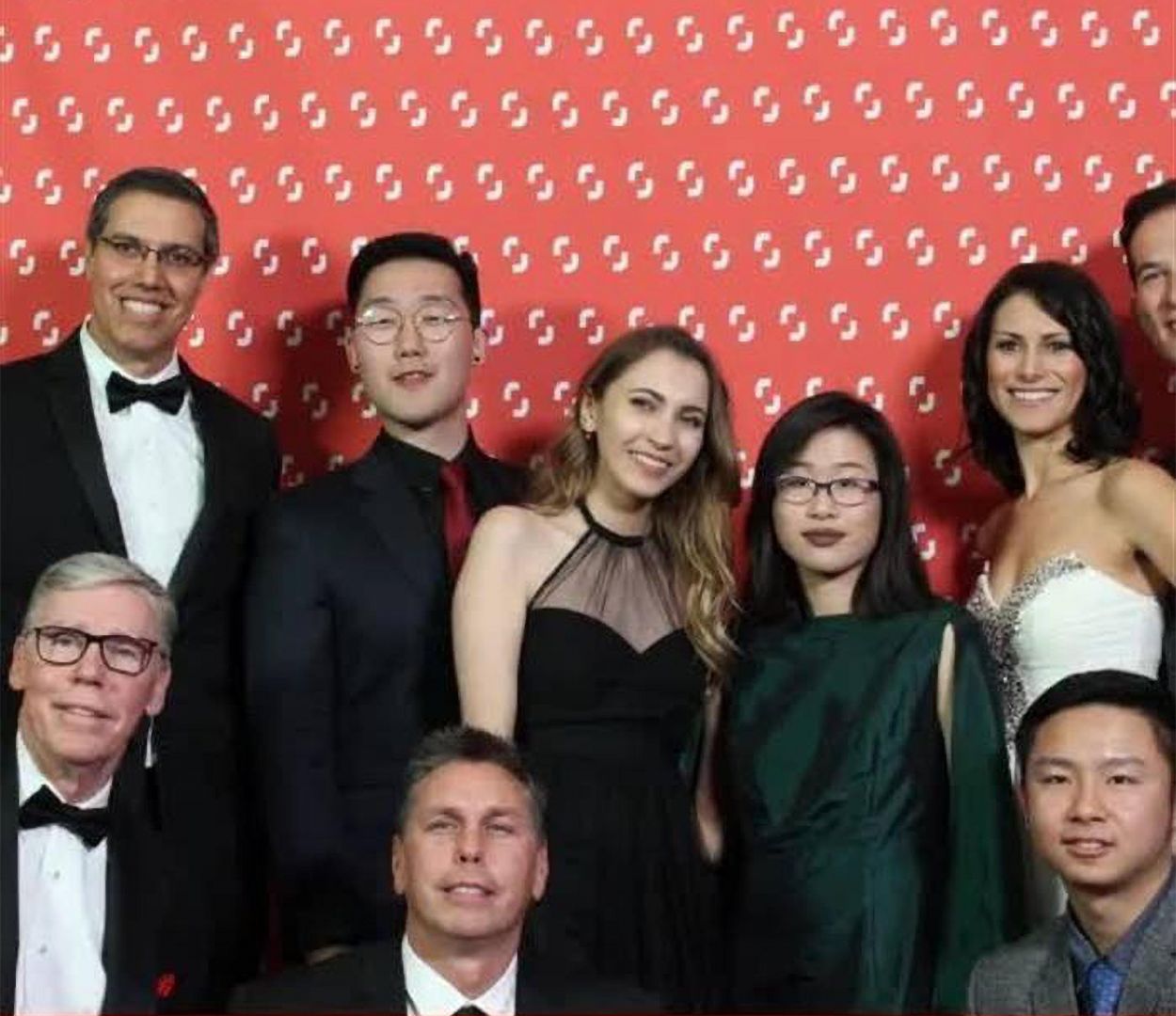 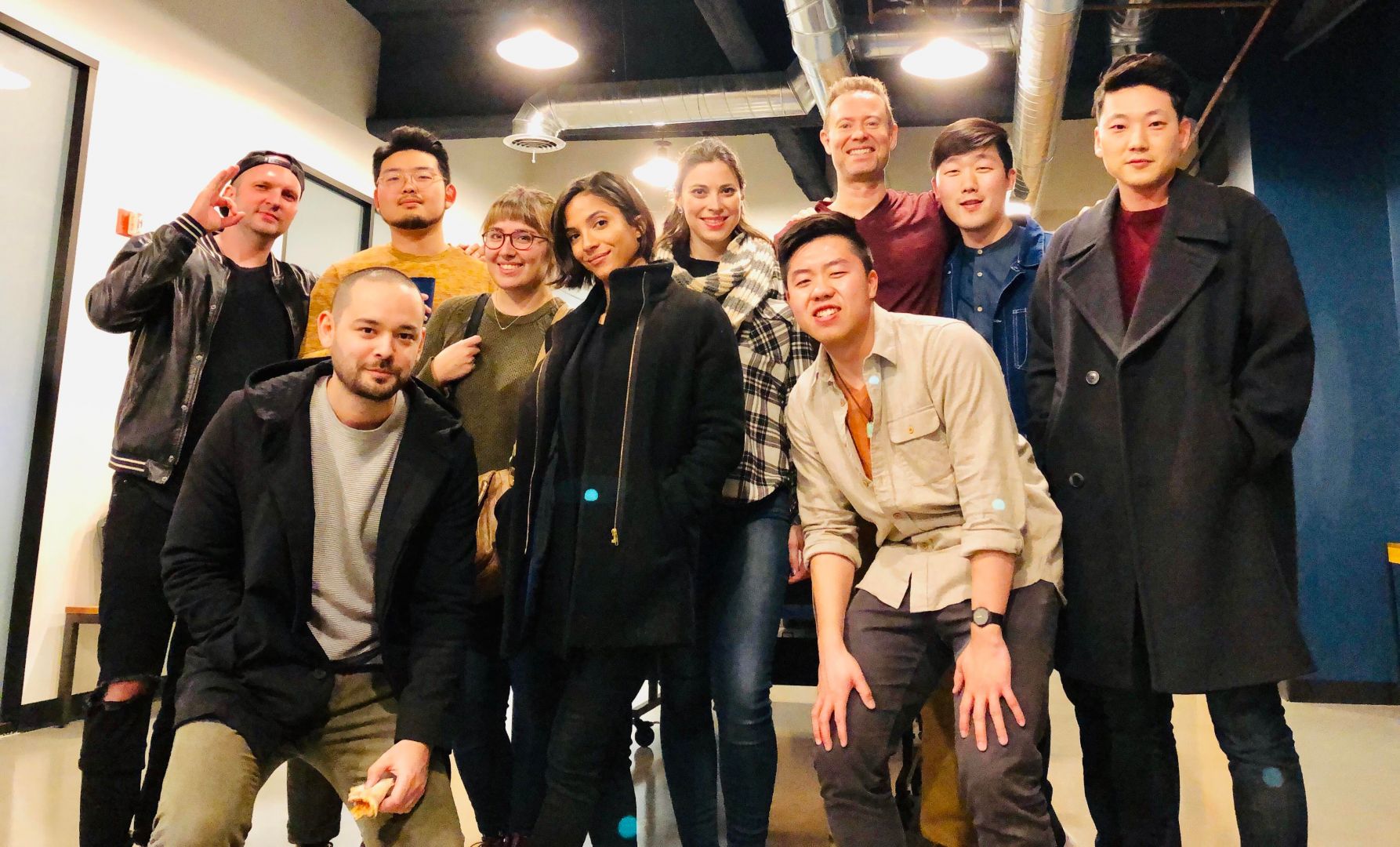 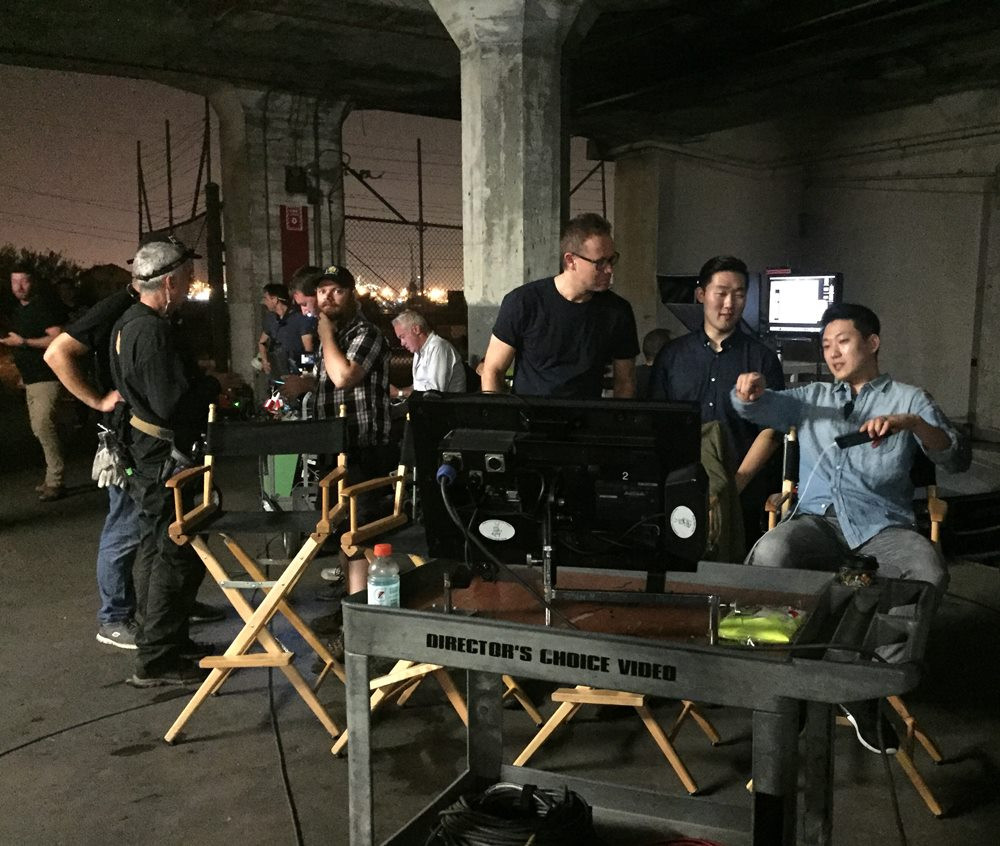 Alright, so let’s move onto what keeps you busy professionally?
In my work, I conceptualize worlds within movies, games, theme parks, and even advertisements through art and design. All of the characters, costumes, props, environments, and vehicles in the entertainment industry need to be developed and designed– that’s where I come in. For example, when a film director or game developer has a vision, it’s my job to manifest their imagination onto paper. In my journey as a concept artist and designer, I’ve always wanted to contribute my skills on a bigger scale for movies and games. I’m inspired by how fictional worlds can seem so real and evoke genuine emotions, given that they were just figments of someone’s imagination.

Something that sets me apart from other artists in my industry is my ability to adapt the look and design to fit a style acutely. To those unfamiliar with this industry, this may seem unimportant, but for companies that have a set IP or design language, this is crucial to give the illusion of continuity and believability.

Of course, as most creatives would agree, becoming a concept artist and designer was not easy. There were countless nights where sacrificing sleep was necessary to improve my skill sets to where I wanted them to be. Over the years, I began to realize that “talent” is often just a term to describe someone who pursued a particular set of skills at an early age. I think that the term often dismisses the effort an individual puts into honing their skills. I personally believe that there is no magical, god-given talent that makes a great artist or musician. Everyone in the creative field is where they are due to their diligence, dedication, and consistency. The skills come in afterward, not before. Many don’t realize the hours and hours of practice that creatives grind through to reach the levels they’re at today. I think the concept of talent could be better replaced with devotion or hard work. Then maybe the world will understand that our work is no different than the rest in the fields of science, law, etc… Who knows. Maybe once the general public focuses less on “talent” and realizes more that art and design are skill sets that are earned through hard work, creatives would be rewarded more appropriately for their service and expression.

If anything, I would like the world to know that anyone can be a successful artist/designer. The path isn’t just for those who have been deemed “talented,” which I think can only get you so far. What it does require is hard work, determination, and dedication laced with passion to keep the journey rewarding for you.

Let’s say your best friend was visiting the area and you wanted to show them the best time ever. Where would you take them? Give us a little itinerary – say it was a week long trip, where would you eat, drink, visit, hang out, etc.
Ha! I will assume that time and finance were not an issue here and this question targets an ideal situation. I would go bar hopping down the Hollywood strip, eat some dirty dogs to keep us sober, and check out the amazing restaurants in Culver City, Korea town, Little Tokyo, Pasadena, Art District all in one week. I would also set a good chunk of time to visit Catalina Island, and all the many beaches LA has to offer. Oh, and of course, all the national forests in California. To be honest, there is a little too much that La offers to fit into in just 1 week. 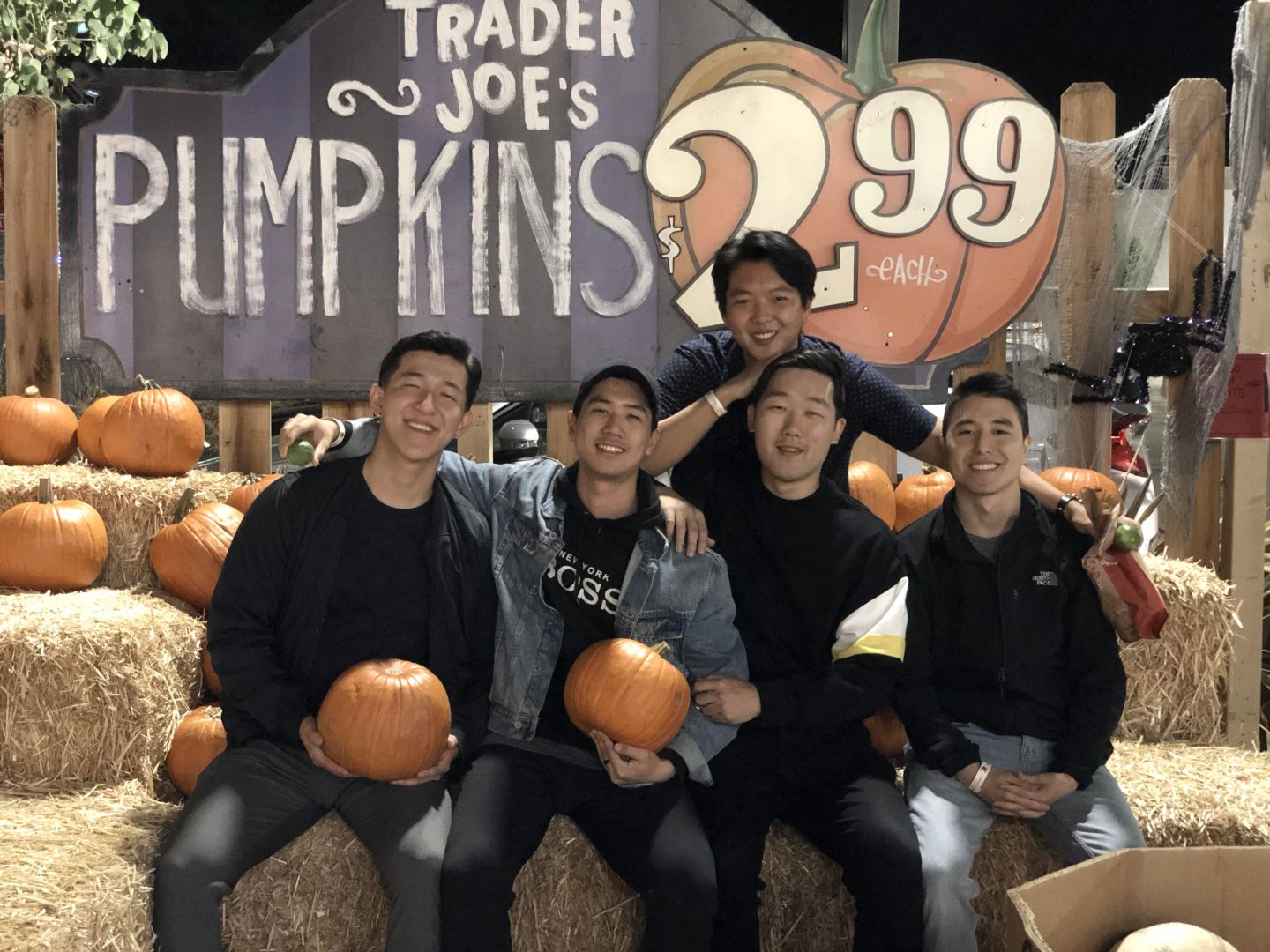 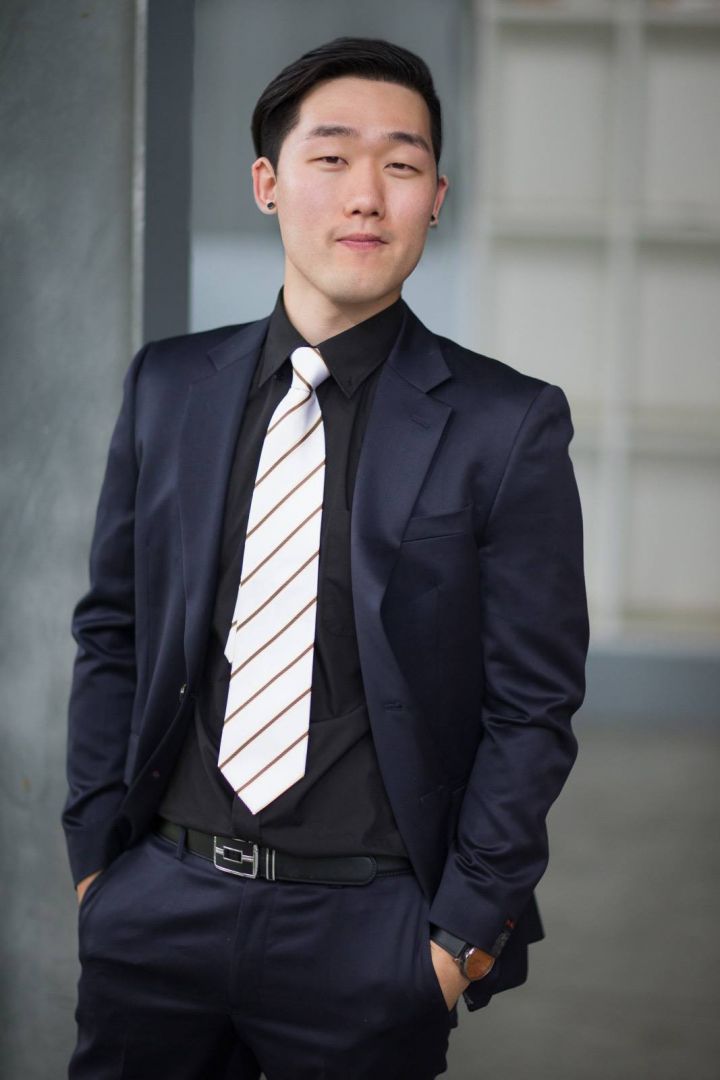