We had the good fortune of connecting with EJ and we’ve shared our conversation below.

Hi EJ, what role has risk played in your life or career?
I’ve always considered myself to be a calculated risk taker, only taking the leap if I felt it was worth it. But sometimes that resulted in me never taking risks at all. The biggest risks I’ve taken were constantly re-adjusting Fake Bears until I finally got to what Fake Bears is today. I would release music and no one would care, so then I would have to re-adjust and think of a new plan of action. Although it was a lot of work, sometimes starting over and going back to the drawing board is the best thing to do. I’m super excited because I’ve just made my biggest risk yet. I’ve finally re-branded Fake Bears into the indie/alt pop project that it is today, and “Daydream” will be the first song to show for it. 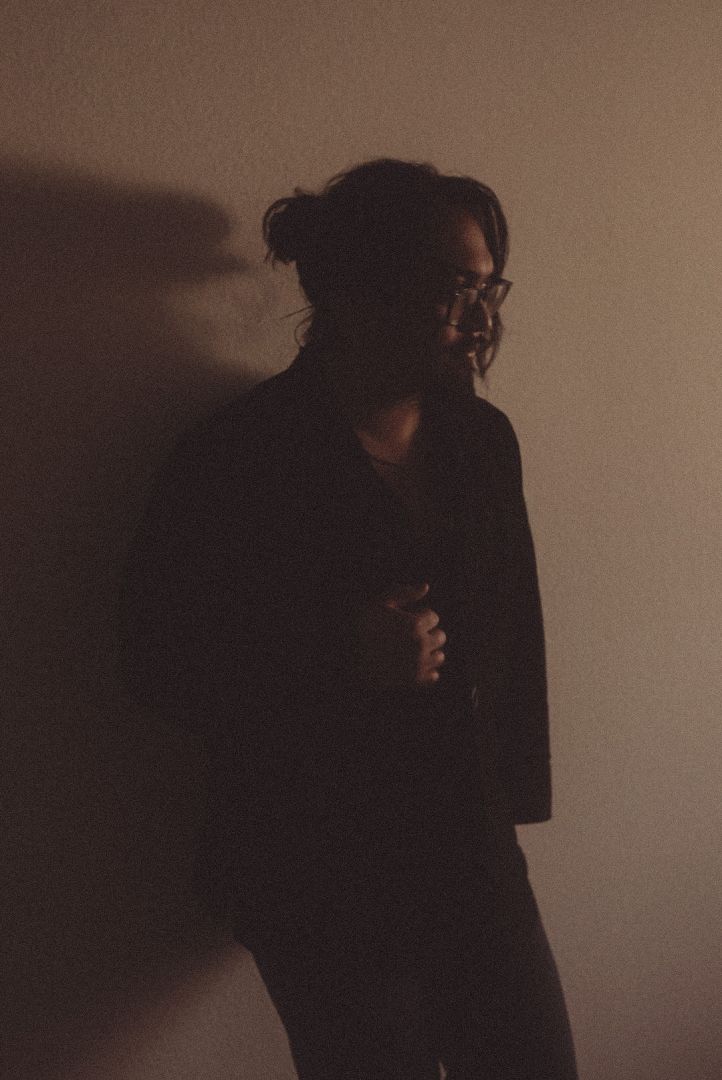 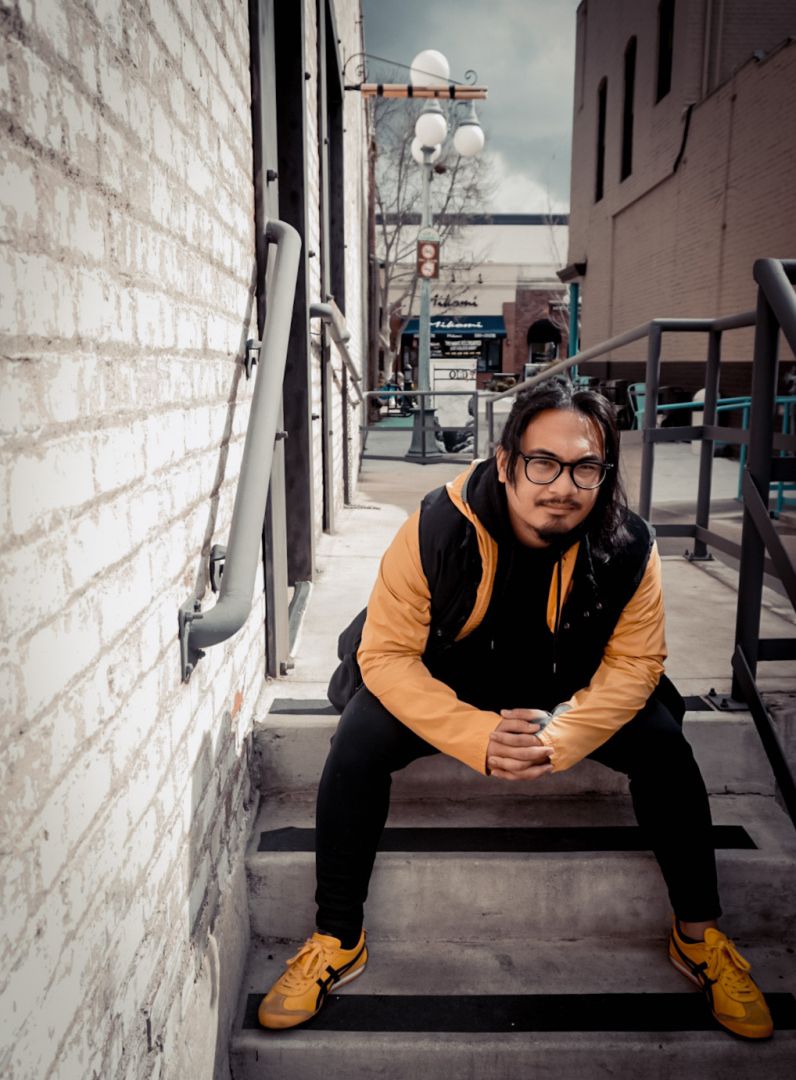 Alright, so let’s move onto what keeps you busy professionally?
My art:

I’m EJ and I’m a solo indie/alt pop artist originally from Poway, California. I release music under the name Fake Bears, and I use music as my own personal audio journal. What I put out is my personality in music form. It’s vulnerable, a bit ambiguous, but always genuine. I’m a private person who doesn’t wear my heart on my sleeve, but my music gives insight into what goes on inside me.

What sets me apart from others:

Although I say I’m under the Indie/Alt pop genre, I truly believe that I don’t belong to any genre. I don’t really think about the classification of what I come up with when I have an idea for a song. My sound is genuinely me. You can’t make a unique sound if you try to make one. It comes from within. Something I try to avoid is feeling like I’m boxed into one specific genre. That’s why I pull from a lot of styles and sounds and create my own thing. It might not be the most strategic in terms of comparing me to similar sounding artists, but I’m okay with taking that risk.

I’m most proud of and excited about:

I’m most proud and excited about my new song called “Daydream”, out March 25, 2022. It’s available for Spotify pre-order right now, and will be on all digital music platforms. It’s exciting because this is my first song after a long burnout. This is my comeback. This song is exciting because it’s very different from what I did in the past, complete with a really hard hitting drop.
I have been working really hard lately on different social media platforms and I’m beyond ecstatic that it has resulted in more listens on Spotify. This hasn’t happened in my 10 years of making my own music. Throughout the past 10 years, I’ve had multiple series of burnouts, each time resulting in me truly believing that I was finished with music. I’m proud of the fact that I’m still here doing it.

How I got to where I am today professionally:

It’s been a lot of hard work these past 10 years. I just had to make sure that I learned from every lesson life threw at me. That’s how I’ve evolved into the musician I am today; I let life experiences shape my art and my evolution as an artist.

No, Life liked to throw lesson after lesson at me. When I was younger I had a bit of a reluctance to learn, but as I’ve grown as a person I’ve gained the wisdom to help me navigate through life more efficiently. Throughout my childhood, everyone told me that I was really good at music and that I was going to go far. I even went to art school and studied audio engineering, and everyone was so encouraging. However, In my 20s, I would constantly struggle with living up to those expectations. Eventually, I stopped thinking about what other people thought of me and just focused on being happy, and I feel like I’ve truly come into my own as an artist.

How did I overcome those challenges:

I actually don’t think I’ve overcome those challenges yet. It’s something I face every single day. The music industry is tough, and I’ve spent a lot of years as an undiscovered artist who’s had little to no success. But I’ve stuck with it and continued to face the challenges one at a time.

Nothing is a waste of time. Every experience has a lesson for me to learn. For example, I wrote my first song 10 years ago. I had no idea what I was doing. Over the course of 10 years, I’ve studied songwriting, even going as far as deconstructing the songwriting and production of pop music, and then reconstructing a song with the data that I collected. It sounds overboard, but it allowed me to perfect the craft of songwriting to the point where songwriting comes so easily to me now. Another lesson I’ve learned is that there’s no point in going out of your way to get someone to like you and your music. Being a musician is a passion I undertook because it makes me happy and belittling it to mere listens and numbers takes away from me the person as well as the art itself.

What I want the world to know about my brand and story:

I’m really just a guy who lives an honest life bartending, and lives with my three cats. I’ve come a long way from the over-excited art college student who started his music career pursuit 10 years ago. My past self was always so tense and took music way too seriously, now I’m just having fun with it and I just want to create something cool. Music is supposed to be fun, and I fell into the trap of wanting to “make it” so badly. In turn, that made things miserable at times, so I always tell myself that if I’m not having fun, then I’m doing it wrong. 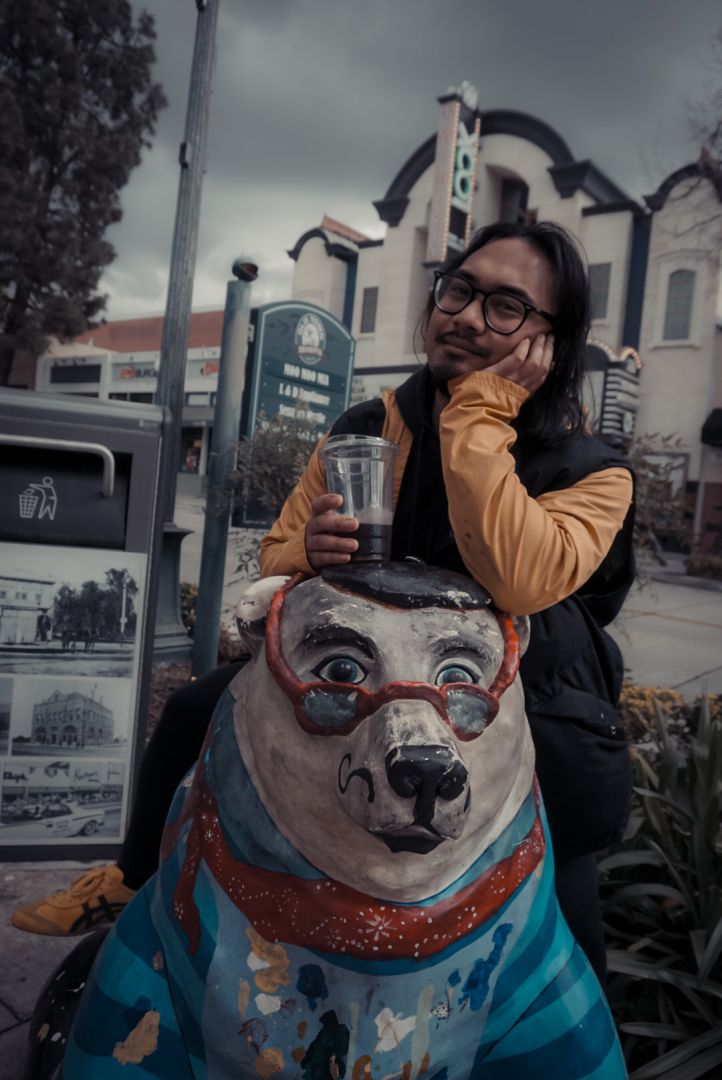 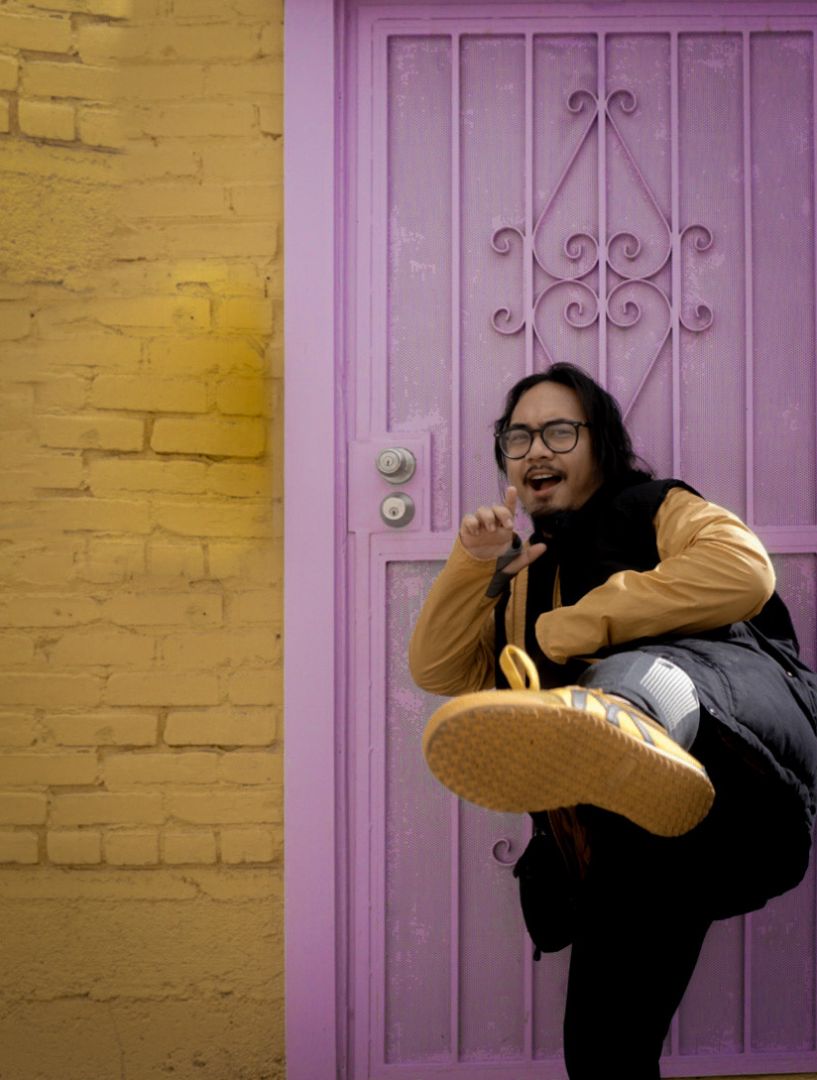 If you had a friend visiting you, what are some of the local spots you’d want to take them around to?
Tuning Fork in Studio City is awesome. I might be biased because I work there, but honestly, the food is amazing. Chef Jay is a genius, and we have a lot of great local craft beer. We have pizza, burgers, entrees such as the cabernet braised short rib, pan seared herb marinated salmon, vegan shepherd’s pie, the list goes on and on. Other places that are cool are Grey and Cash in Old Town Monrovia for coffee, and Gorilla Pies in Valley Village for Pizza. Another place that is cool to me is Westwood Village. I love the vibe there. I love to run, and sometimes I run down Ventura Blvd. So that could be another option, checking out the sights on Ventura. Lastly, I love Laurel Tavern. Shoutout to Morgan, the best bartender. 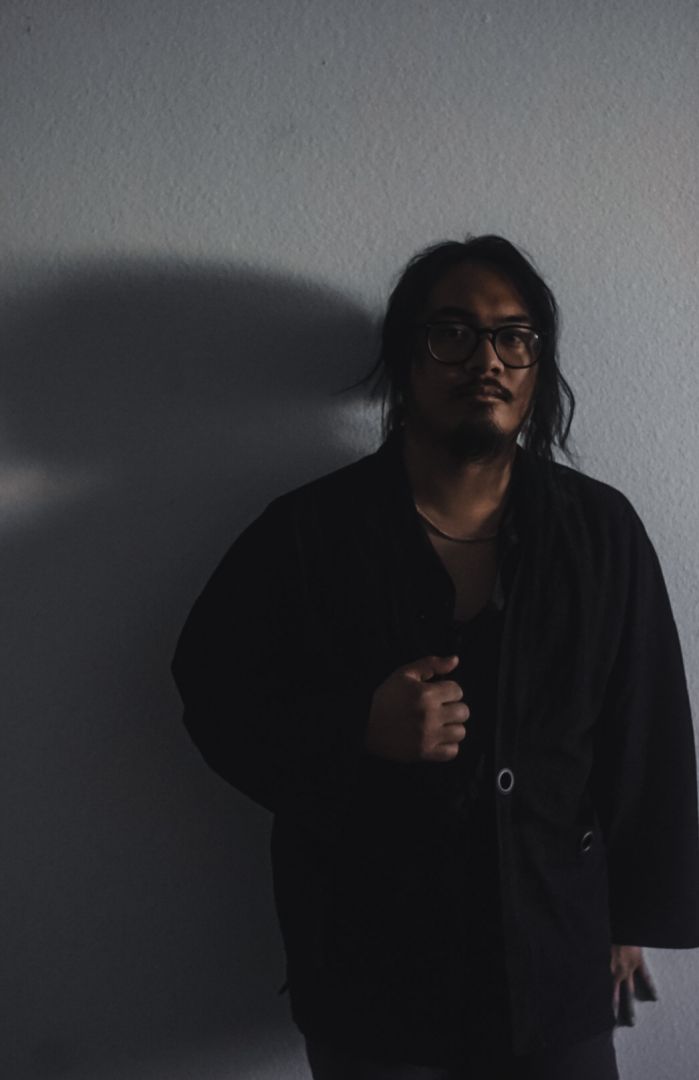 The Shoutout series is all about recognizing that our success and where we are in life is at least somewhat thanks to the efforts, support, mentorship, love and encouragement of others. So is there someone that you want to dedicate your shoutout to?
I’d love to shout out to Veronica Taylor, who is the original voice of Ash Ketchum from Pokemon. I met her when working at Tuning Fork, and she and I have been in touch ever since. She has been very encouraging and supportive of my music. I also want to shout out to my three cats, Carly, Lillie, and Lana, who have been my support system. And of course my mom, dad, sister, brother-in-law, niece, best friend CK, cousin Jakob, friends Lindsey and Tehquin, and my friend DJ who helped me look good for this interview. 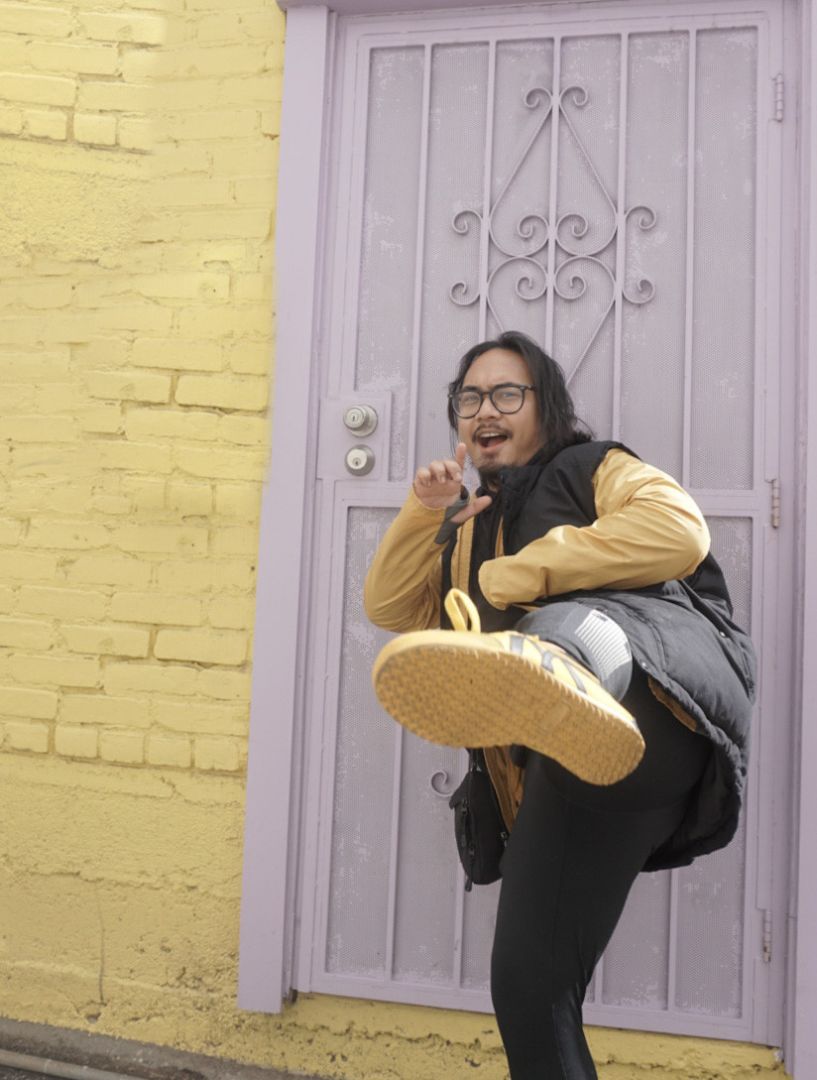 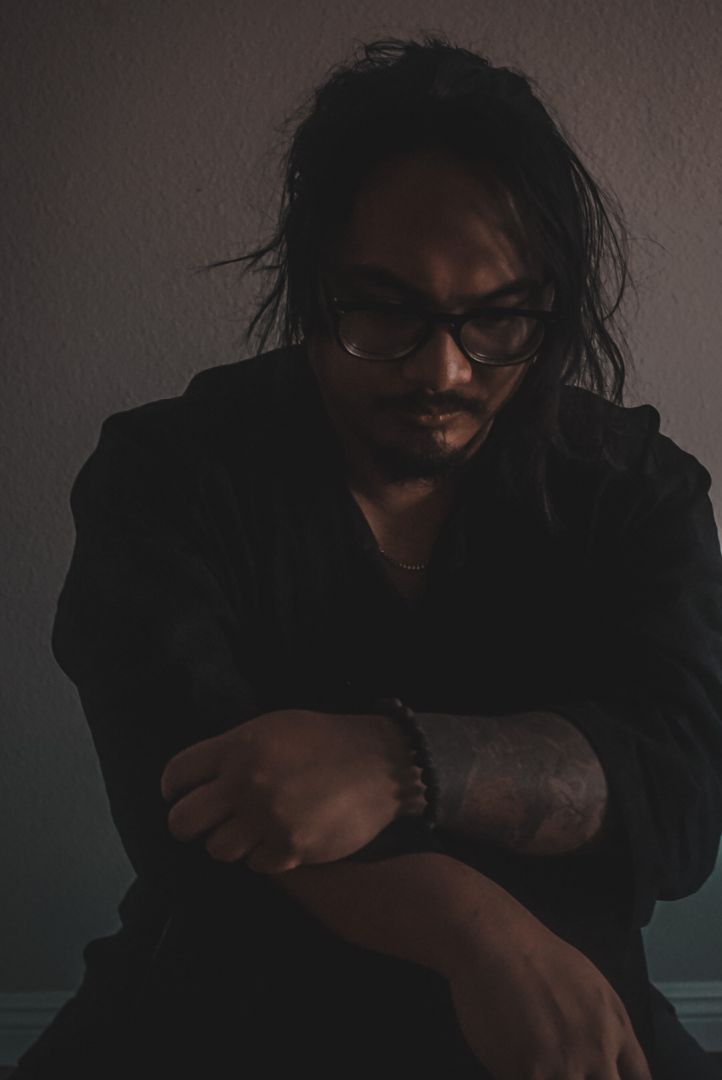