We had the good fortune of connecting with Electric Revival and we’ve shared our conversation below.

Hi Electric, what do you want your legacy to be?
The legacy that Electric Revival wants to leave behind is that of a group of musicians that stuck to their integrity, stood up for justice and used the groups future influence for the betterment and improvement of society as we know it! A band that played and wrote music that people could relate too, and felt connected with. 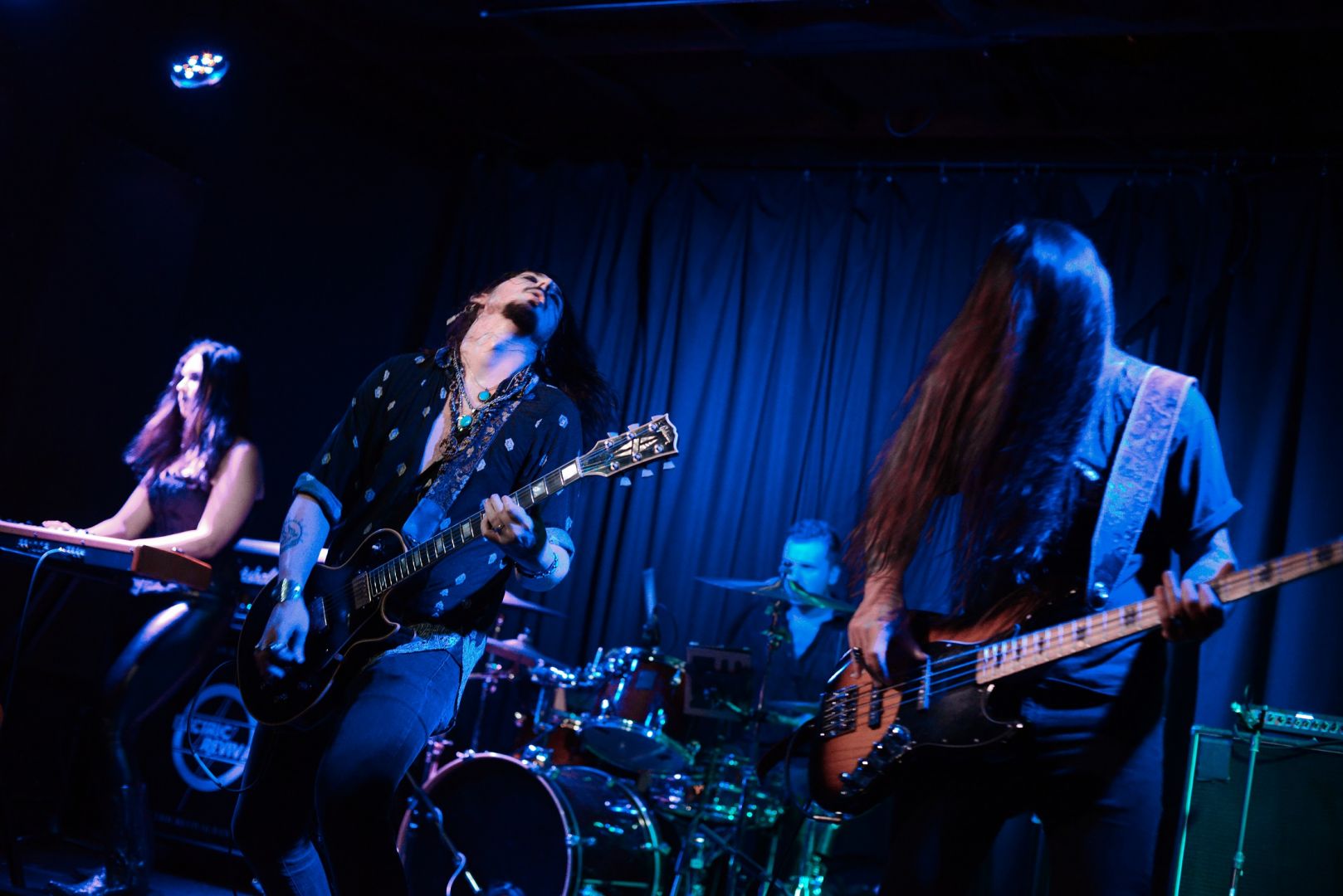 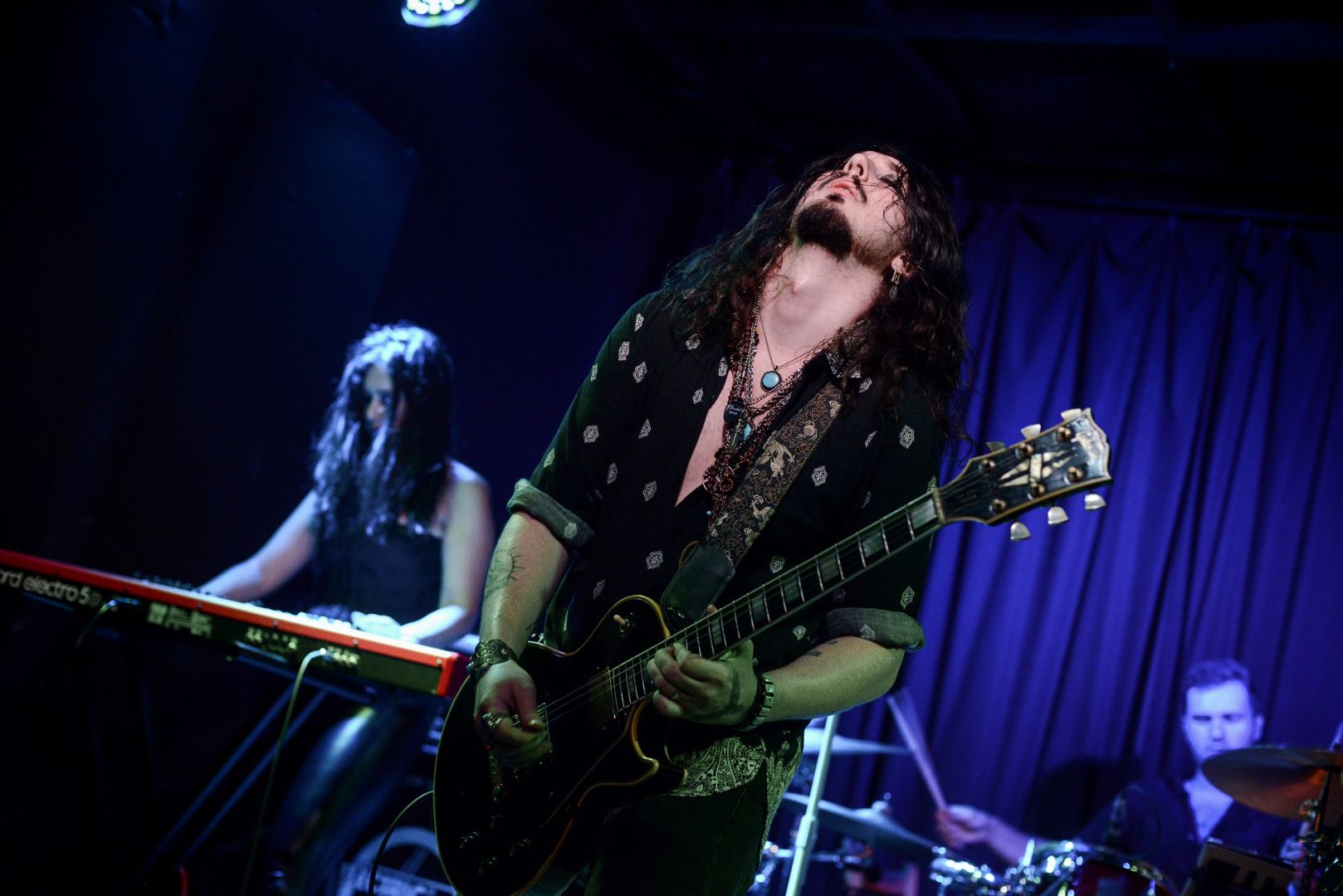 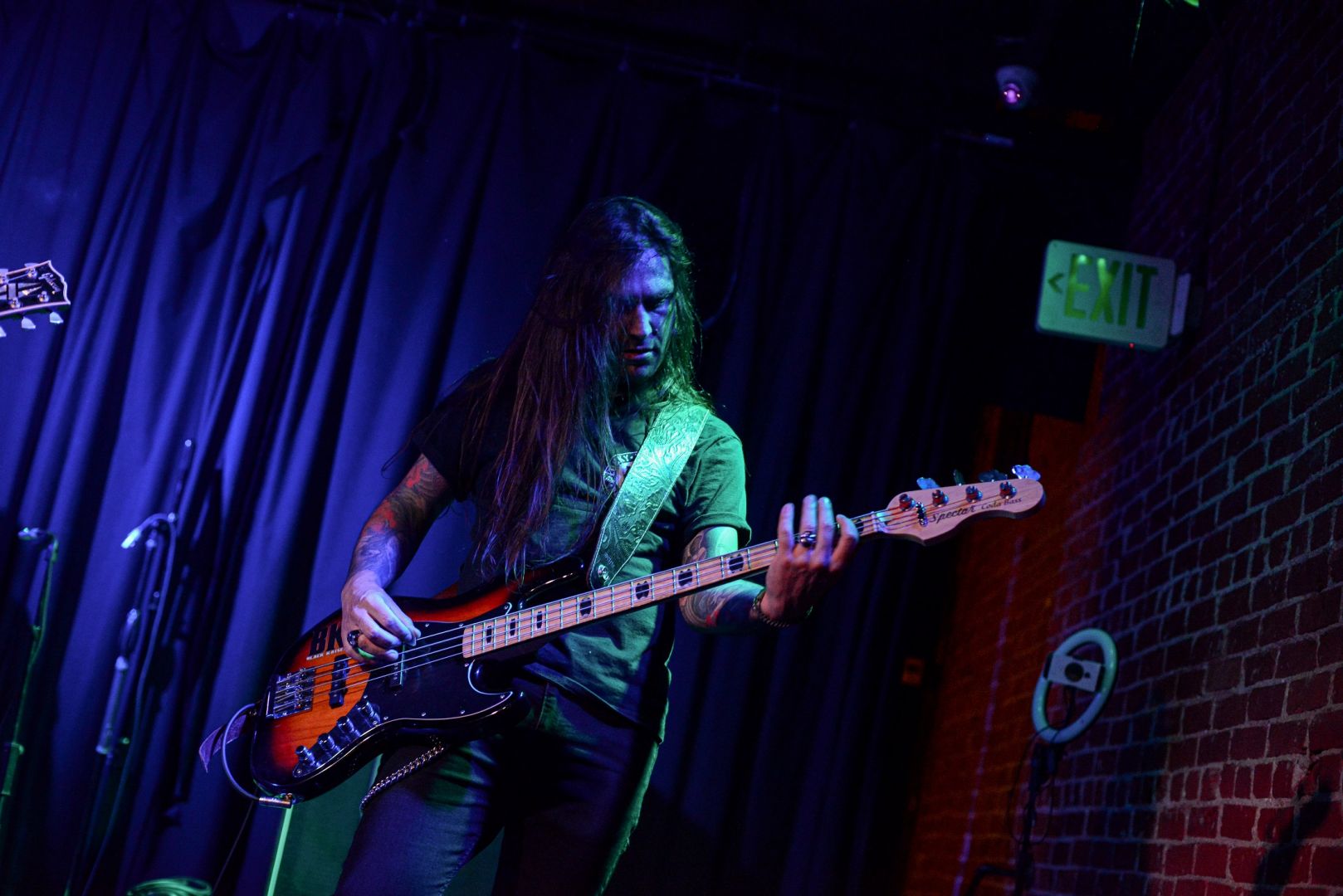 Let’s talk shop? Tell us more about your career, what can you share with our community?
Electric Revival is a group of musicians from different parts of the world. Andreas came from Gothenburg, the second largest city in Sweden. Kostas came from a small town called Arta in Greece. Lisa Skyler originates from Virginia Beach originally, but grew up most of her life in SoCal. What makes Electric Revival stand out from the other bands in Los Angeles is our European-influenced songwriting and sound. Europeans have a different way of approaching songwriting than Americans do in many ways!

Some of our proudest accomplishments include being played on the radio in many cities all over the US, along with being played on the air in Canada, Sweden, England, Poland and Greece so far.
Two of us have had the pleasure in the past to open for bigger acts when we were with our old bands. Andreas (lead vocals/lead guitar) opened for Slash, Motley Crue, Toto, Def Leppard and Five Finger Death Punch with his old band in Sweden. Kostas (bass) have opened for Gus G (Ozzy Osbourne), Mats Leven (Yngwie Malmsteen), Holocaust, and Sasquatch with the band he had in Greece.
It wasn’t easy for any of us to get to where we are today. Two of us had to move across the Atlantic from our home countries and give up life as we knew to get to Los Angeles, and settle down in a foreign country we had never been in before. It was a brand new culture, scene and entertainment business to get used too from their individual countries in Europe. But it’s an accomplishment both Andreas and Kostas are proud of, and are building more on.

One thing we’ve all learned as we navigate through the concrete jungle that is Los Angeles, is that you gotta be very careful with who you put your trust in as there are a lot of people that will try to scam or use you one way or another. Finding good-hearted people that you can trust and be genuine friends with is a challenge all in its own here. We’ve all been tricked one way or another by someone since coming to Los Angeles. It’s something you learn to navigate around eventually, but it does take time!

Any places to eat or things to do that you can share with our readers? If they have a friend visiting town, what are some spots they could take them to?
As a group we have in the past dragged our friends and family with us to some of the more rock n’ roll vibey clubs and bars in Los Angeles. I highly recommend going to the Rainbow Bar & Grill, probably the most legendary rock n’ roll bar in the world. Every famous rock star has at one point or another set their foots in there! Lemmy Kilmister, probably one of the most iconic rock n’ rollers of all time, used to spend every free evening there, drinking Jack & Coke while playing poker on one of the machines. Another great little bar with a cool vibe is the Burgundy Room off of Cahuenga and Hollywood. It’s a small and dark room with a rock/pirate vibe. They play great music, make great drinks and the vibe is very dark and mysterious.

In terms of food, one of the places with most history in Los Angeles would Canter’s Deli on Fairfax Avenue. It’s a place that’s been visited by many famous people, including President Obama. It used to Guns N’ Roses hangout spot back in the mid 80’s before they became famous. Since several of them used to be homeless, the owner’s son Mark Canter, used to let the member’s of Gn’R sleep there at times, and would feed them for free.
The cool thing is that they still have the Kibitz Room in the back, a small bar with a tiny stage where they still host music jams and jazz bands! 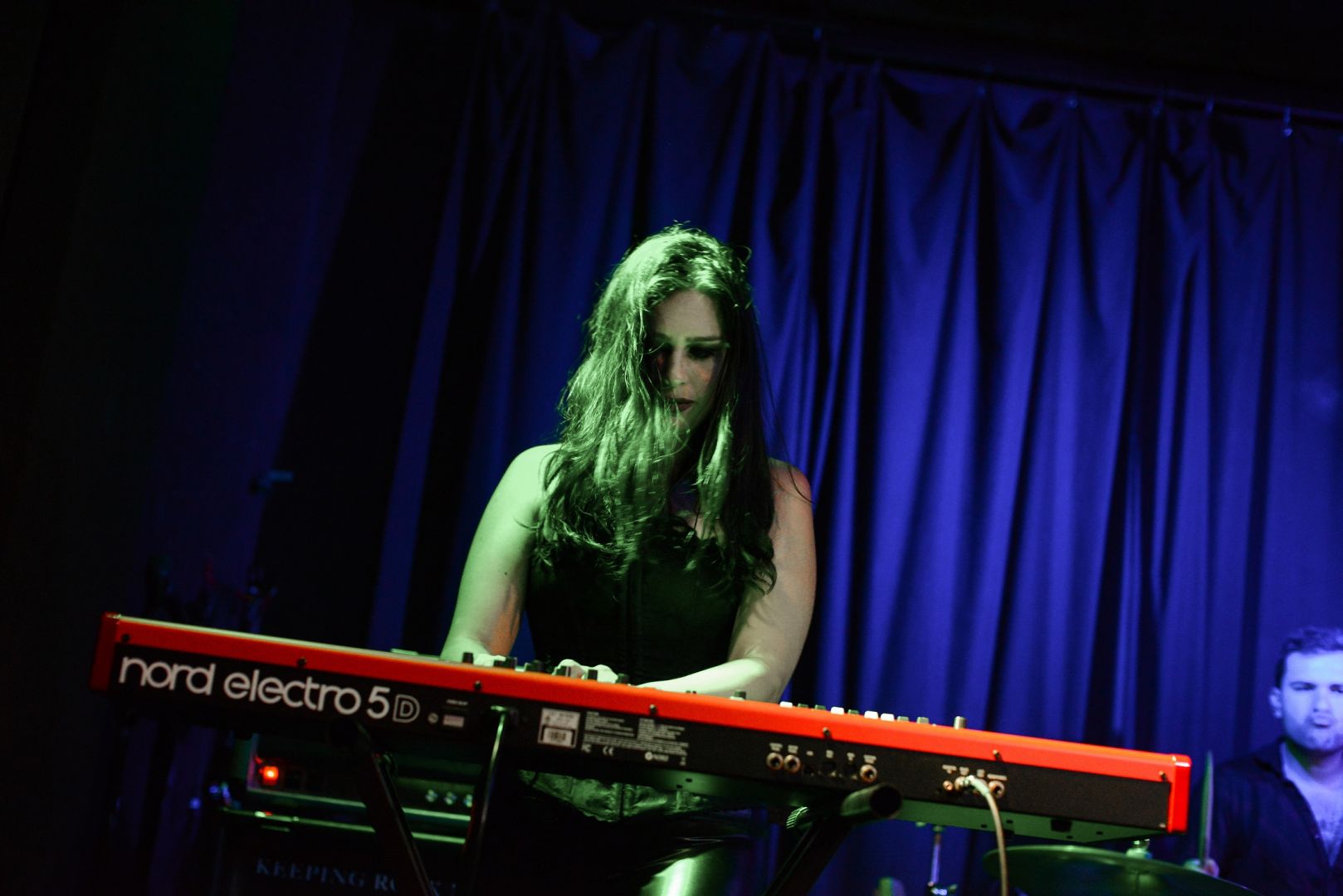 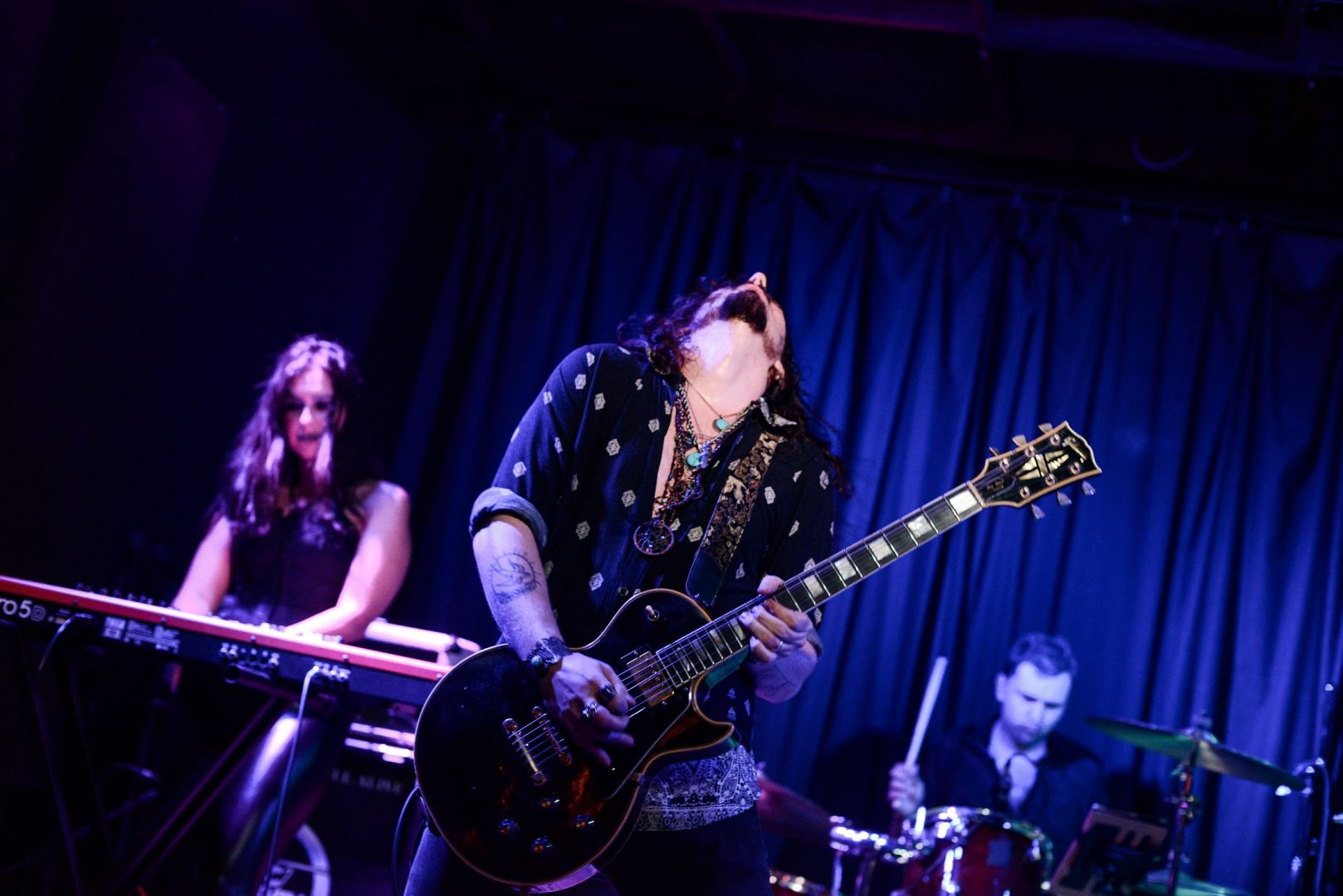 The Shoutout series is all about recognizing that our success and where we are in life is at least somewhat thanks to the efforts, support, mentorship, love and encouragement of others. So is there someone that you want to dedicate your shoutout to?
There’s definitely some people that are worth a good shout-out from us. One of them being Chris Long, our manager. He’s definitely been there for us quite a bit, and helped us navigate the music business a bit in the time since we met. He’s very driven, very passionate about what we are doing and very knowledgeable. He’s one of the people that discovered Stone Temple Pilots and Rage Against the Machine back in the early 90s, and later on Crossfire in the early 2000s. Another person we’d love to give a shoutout too is Melodi Thomas, a LiveNation employee who has come to more or less every single one of our shows with her partner Sid Ashby. They’re not only very passionate about the band, but have also become great friends that we have over for birthdays, get togethers and every holiday!

Last special shoutout goes to our number one fans from Bakersfield, David Honey and his daughter Daveena “Snake” Honey. They’ve come to many of our shows, shown each and everyone of our band members a lot of generosity and have supported is since almost day one. David and Daveena are the kinda people that will drive 4 hours to come to an Electric Revival show, and for that we are massively grateful!

Image Credits
All photos taken by Mathias Fau, except for the picture of the band standing next to a car. That picture was taken by Kevin Osorio