We had the good fortune of connecting with Elizabeth Regen and we’ve shared our conversation below.

Hi Elizabeth, what role has risk played in your life or career?
My father taught me to take risks- he would always say, “If you don’t try you’ll never know!” And that always made me feel like – I should at the very least try. He would also say, “What’s the worst that could happen? You don’t get the part? They say No? So what! Try again tomorrow.” As an actor, rejection can feel like your risking something – maybe your pride- or your ego. But when you realize that auditioning alone is it’s own art. Auditioning is its own craft and landing the job is not necessarily the only goal but giving a fantastic audition that makes YOU feel good can also be a pretty satisfying goal which will eventually lead to landing fantastic jobs. Taking risks is upping the personal stakes for yourself and going for roles you never saw yourself playing. Going for goals you never saw yourself reaching  – it’s all gratifying and challenging and at the end of day … it’s worth it. 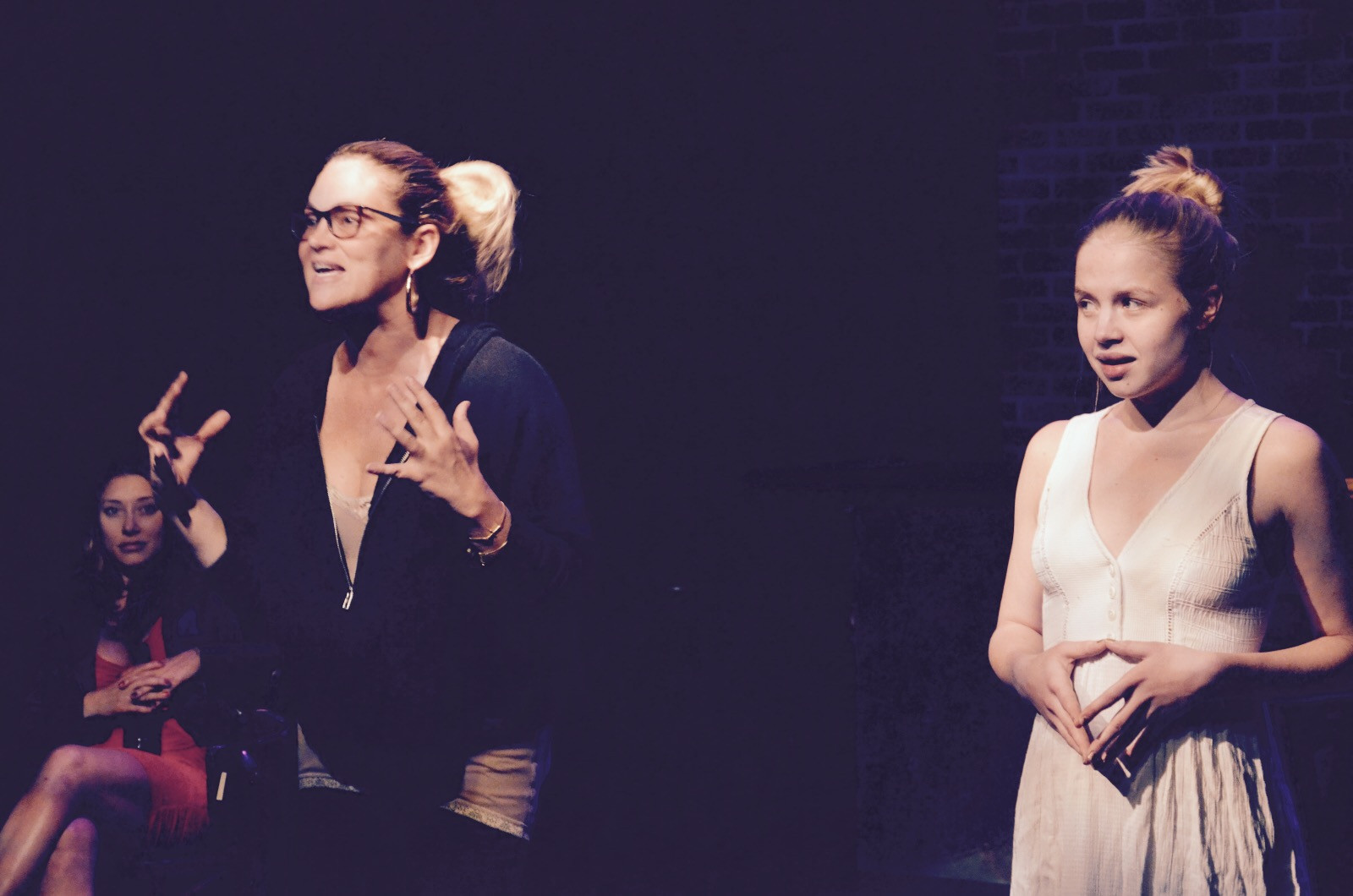 Alright, so let’s move onto what keeps you busy professionally?
As an actress I’ve accomplished many things. I started working as a model before I even turned 1 year old. I’ve worked in Prime time television on the East Coast in well known shows like Sex and the City and Law and Order. I’ve worked in feature films like The Professional and Beer League. On the West Coast I’ve done lots of stage work along with TV and film as well. I’ve worked with Academy Award winning actors and writers and none of it was easy. What keeps me busy professionally is dreaming. Keeping the dream alive. Knowing that I’m still in the game and that what I am is an artist and what I’ll always be is an artist. Creating. Always creating. What I’ve learned is it takes grit and heart. It takes thick skin and a strong will and it takes an unwavering belief in yourself. It also takes love and respect for the craft of acting and for the legendary icons who have come before us in this industry. If you want to do what they’ve done and be who they’ve become – then you better work for it like they do and did. Get in line, pay your dues and wait your turn.

Let’s say your best friend was visiting the area and you wanted to show them the best time ever. Where would you take them? Give us a little itinerary – say it was a week long trip, where would you eat, drink, visit, hang out, etc.
Maybe to Universal Studios – it’s fun to take a tour of the Studio Lots to see what movie making is like. I think Universal gives visitors a real inside look at what it’s like to work in film and television. Eat Sushi. Drink Lemonade. Go to the beach. Drive through the canyons. Look up at the stars. Take a hike and breathe.

The Shoutout series is all about recognizing that our success and where we are in life is at least somewhat thanks to the efforts, support, mentorship, love and encouragement of others. So is there someone that you want to dedicate your shoutout to?
My parents set me on my path to pursuing my dreams. As a child – I wanted to be a performer and they always encouraged me. My mother took me to see Broadway shows every weekend. We’d wait on line in Time Square at TKTS- and buy discounted theater tickets and get amazing seats for matinees – and she’d take me to the theater weekly, I saw Sandy Duncan in Peter Pan and my life was changed forever!  I found my passion for acting and my parents made it clear that they would be with me every step of the way. And NYU accepted me into their Dramatic Writing Program- they sent me to school for 5 years and were so proud of me for my creative accomplishments. I could never ever Thank them enough. It’s only because of my mother and father that I am who I am. I am eternally grateful to have been blessed with the gift of having them as my parents in this life time.