We had the good fortune of connecting with Ellen Greenberg and we’ve shared our conversation below.

Hi Ellen, what do you want your legacy to be?
I have thought about this query a lot. And I’ve come to realize what the most important takeaway I can give to those who have gone on Quick Culture’s art and travel tours. I hope that I have set free a new outlook about cultural differences and that they know they are not just observers of life. We are all a part of a global community where we learn and appreciate one another. We’re only here on earth on a vacation, so live life as adventurers and explorers. I’m not speaking to physical-risking or being a daredevil but rather in seeking and investigating the where, why and how people live and are inspired. To be more specific, what is the “it”  that gets their mojo going…or not. Not everyone agrees on what appeals to them —and that’s what makes the arts so exciting to me. As far as a legacy, when someone spends an hour with me looking at art or a week traveling with me at the helm, I’d like to think I’ve opened doors to new perspectives and that there are no wrong answers when it comes to art. Love it or leave it. It’s all okay…but examine the “why”. 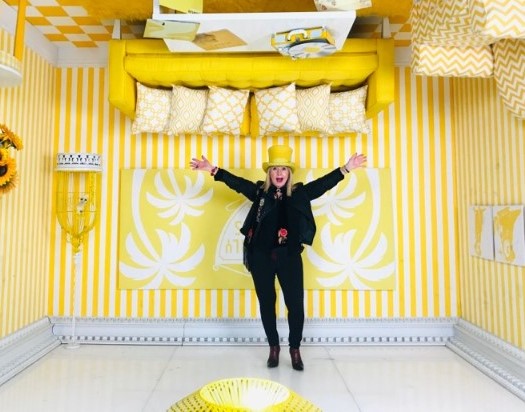 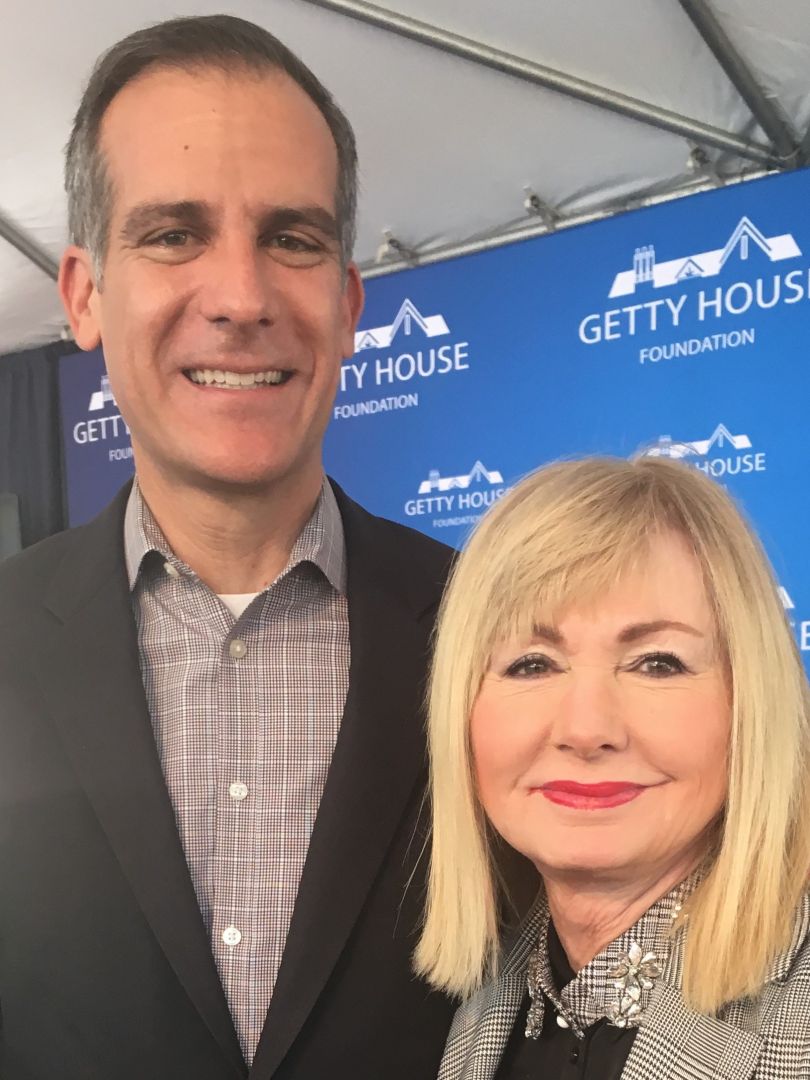 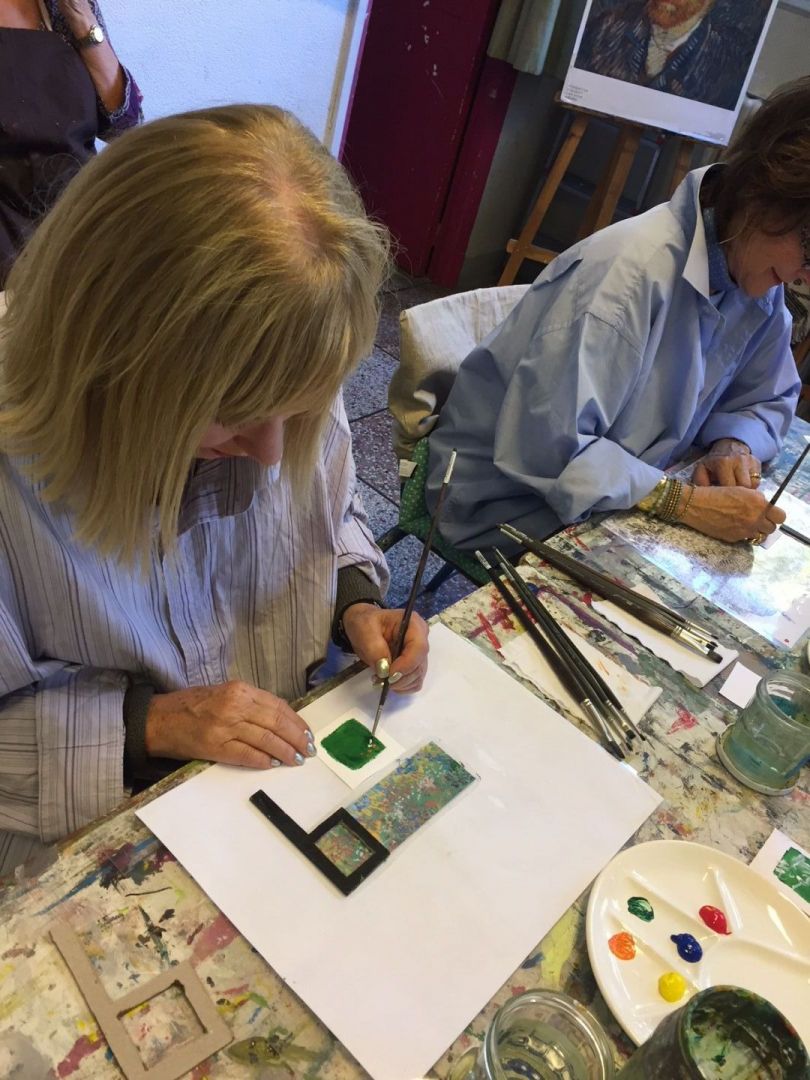 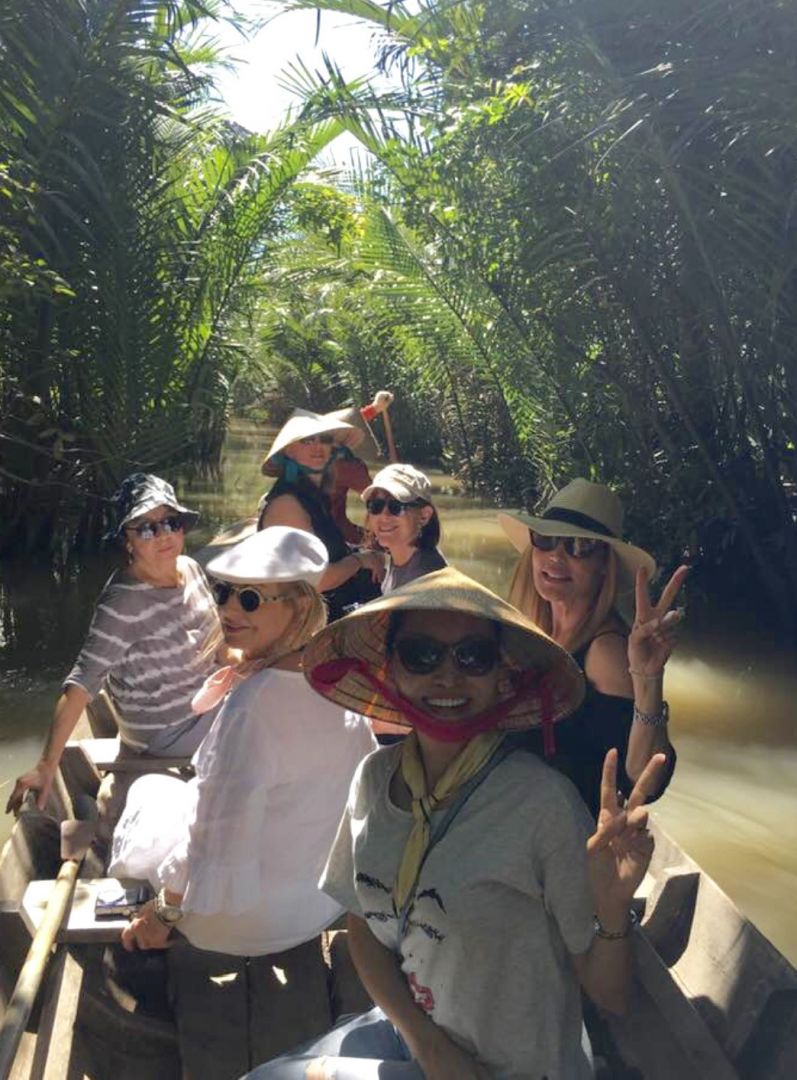 Alright, so let’s move onto what keeps you busy professionally?
I started as a doodler in the arts but not in the conventional sense. Yes, I doodled with images, but I also wrote poetry and essays. Growing up, back in the sixties and seventies, I rearranged the furniture in my room countless times just to invent new ways of looking. I’d play around with fashion and design clothes that functionally transformed. Pants became shorts and skirts became dresses. I married vintage and new fabrics—even some that were not meant to be worn but were used for upholstery. That was innovative then because fashion was dictated by the haute couture. Now, anything goes and subsequently there is much more freedom and ingenuity. Thinking differently at that time wasn’t easy because— as a young woman— I also wanted to conform and be like my adored mother who got married, had kids. and was a stay-at-home Mom. I wanted it all. At that time, most women primarily wanted their MRS degree. But, little by little that was changing. I broke that mold. Straying from the social norms of that time also broke my marriage. I moved to Los Angeles…the city where you can reinvent yourself. I was creative in seeking work. Naïve to the film business, I designed and mailed out huge posters consisting of photographs of my designs to production companies thinking that I would surely impress them.  I even sent out plastic bags of goldfish with the message, “fishing for a job.” And, surprisingly, that one worked. The most important thing I’ve learned (and am still learning) is to know when to move on and not beat yourself up if the terrific idea that you thought you had really wasn’t that terrific— or the timing was off. I keep on growing up because when you stop, that’s when you grow old. Never give up. Try another way. Go for it. Change what you have to change but don’t lose sight of what drives you. 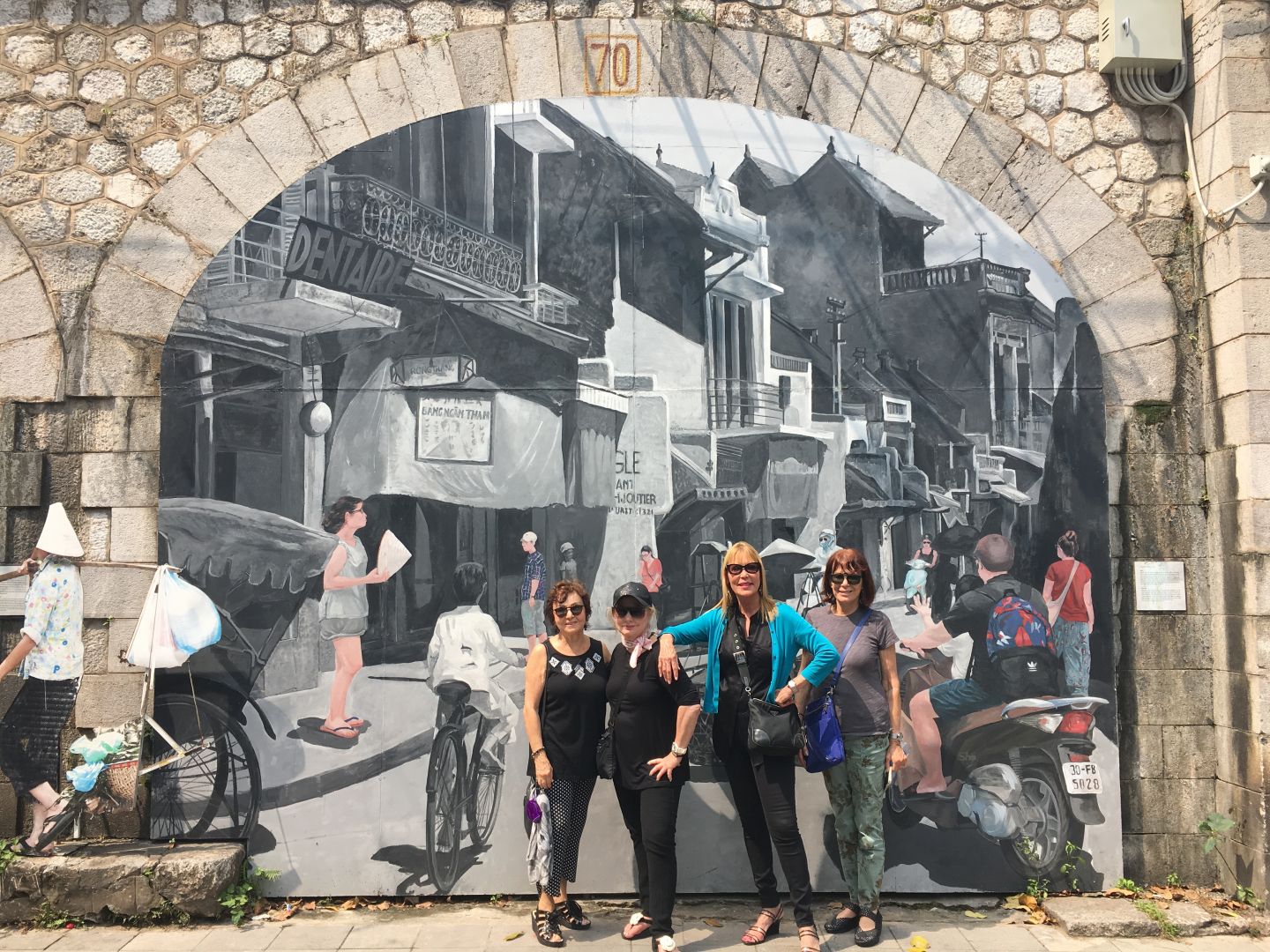 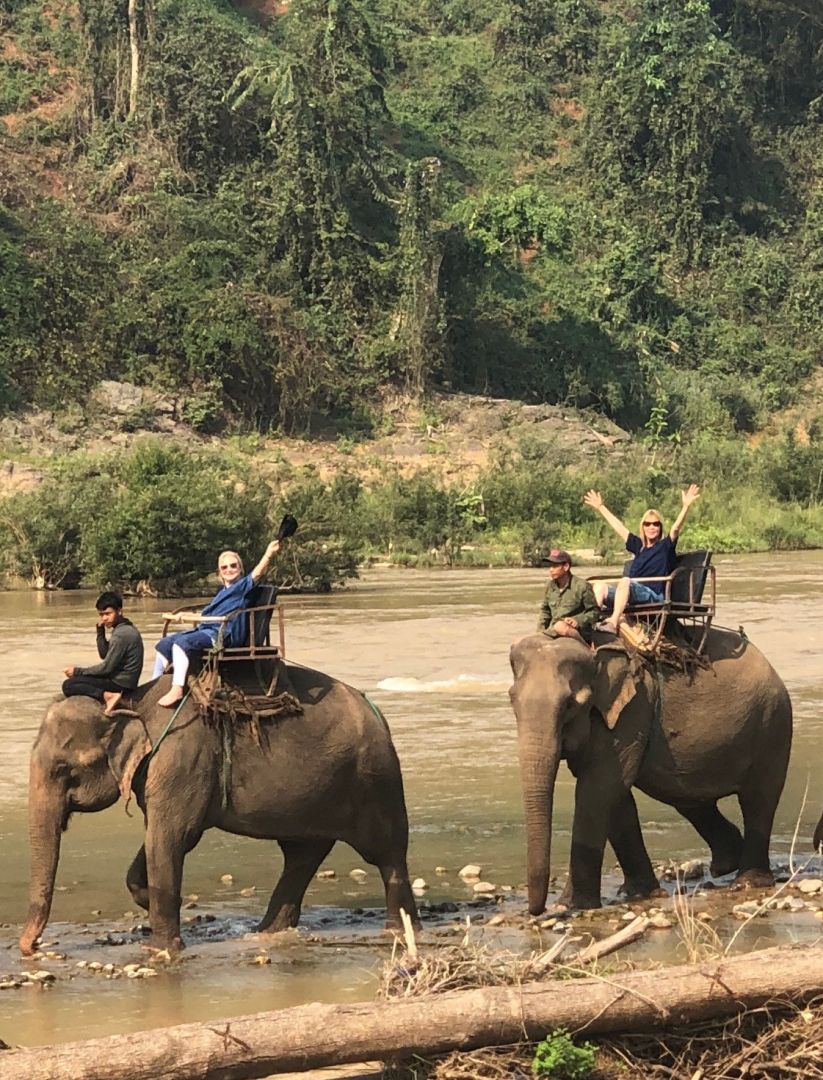 Any places to eat or things to do that you can share with our readers? If they have a friend visiting town, what are some spots they could take them to?
Being from the east, I am always getting visitors, so my answers are easy. But, for now, we have to fantasize that we are not living in the middle of a pandemic. Los Angeles is unique and that’s where my emphasis would be. In one day, you can have breakfast at the beach, hike in the “wilds” of Topanga Canyon, horseback ride in the Hollywood Hills and stroll down the streets of the most famed, luxurious city in the world—Beverly Hills. I’d give a “Show and Tell” about the fascinating and surprising history of the city and include the often-missed superb public art— and top it off with a Happy Hour in one of the people-watching restaurants. And, oh, the shopping! On another day, I’d go to The Getty for a morning of classical European art, spectacular views and stunning architecture— followed by the contrast of a tour of inventive street art that can be found in almost every neighborhood. Highbrow to lowbrow. If he/she loved museums, I’d go to the underrated LACMA. There, one finds an encyclopedic cornucopia of art from every corner of the world. From musing over Pollock’s drip paintings to then be literally steps away from prehistoric findings at The Page Museum and La Brea Tar Pits is the epitome of time travel! To prevent museum fatigue and for a welcome break , I’d take them to the iconic Los Angeles Farmer’s Market on Fairfax for lunch and souvenir shopping — then continue on to The Petersen Museum— a LA original— that chronicles the history of the car fascination in California. Soon, right across the street, we’ll be able to add the “only to be found in LA” Motion Picture Academy Museum. From there, we can take a quick ride downtown to soak up the diversity of Chinatown, Olvera Street and Santee Alley. I’d also stroll over to where I was an instructor (Designing for Film) at the Fashion Institute of Design & Merchandising (FIDM) to see what exhibit was there and to shop at their museum store where you can buy forward-fashion jewelry and accessories by emerging designers. For dinner, I’d take them to one of the little-known gems that are part of the Renaissance of the downtown area followed by a concert at the famed Frank Gehry-designed Disney Hall. If my visitors had more time,  I’d take them on the VIP tour at Universal and/or Warner Brothers and prevail upon my contacts to get VIP tickets of a live show. If there were even more time— and depending on the time of year— we could enjoy a myriad of day trips that cover every interest. From going south of LA to Laguna Beach to soak up the innovative Pageant of the Masters, juried craft and arts markets, and a sunset dinner on the beach to the north of LA to experience picturesque Ojai, kitschy Solvang, mind-blowing Hearst Castle…and wine tasting! The list goes on and on. And —-where else in the world can you travel by car and be able to enjoy skiing and swimming in the same day??? 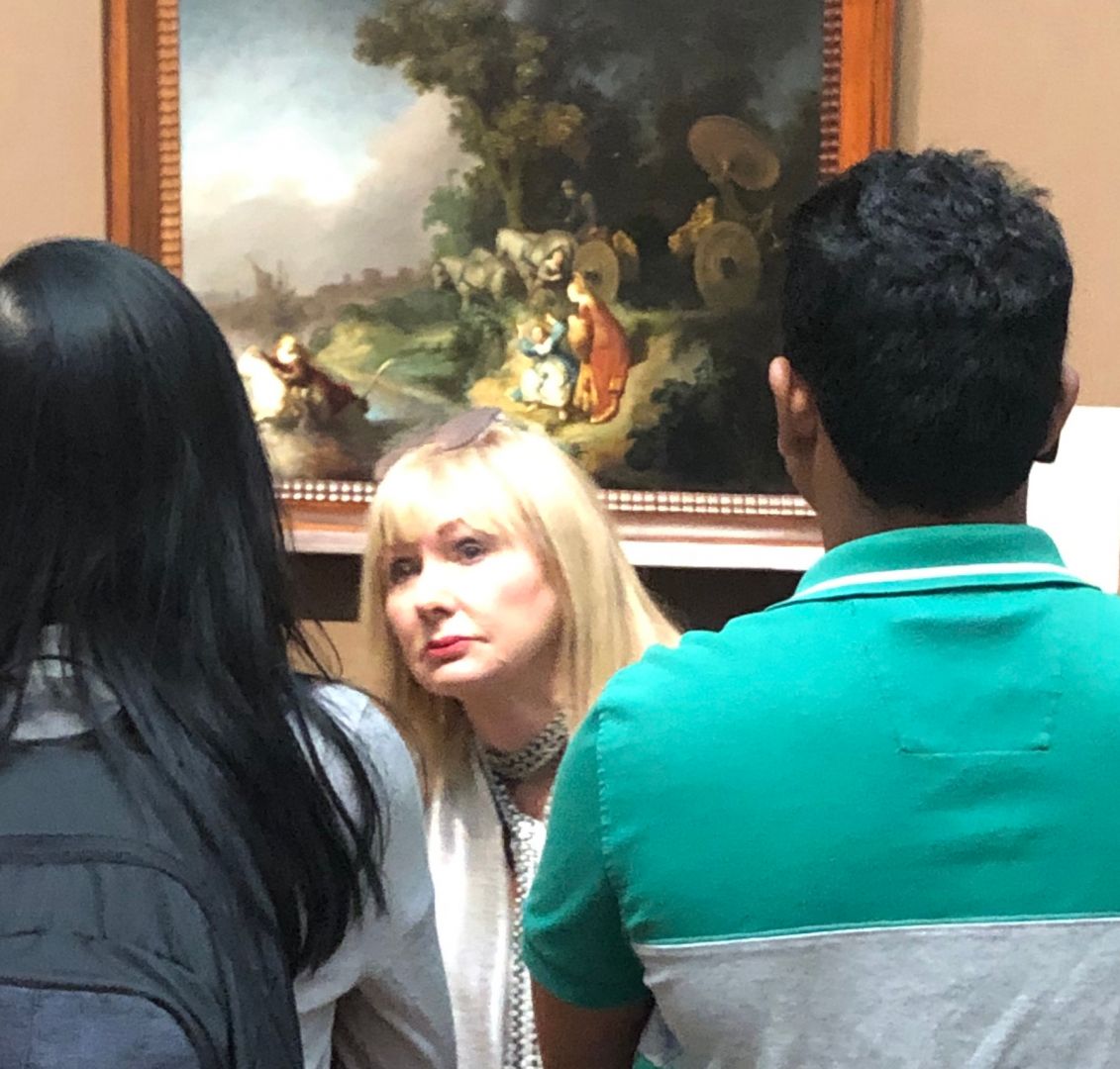 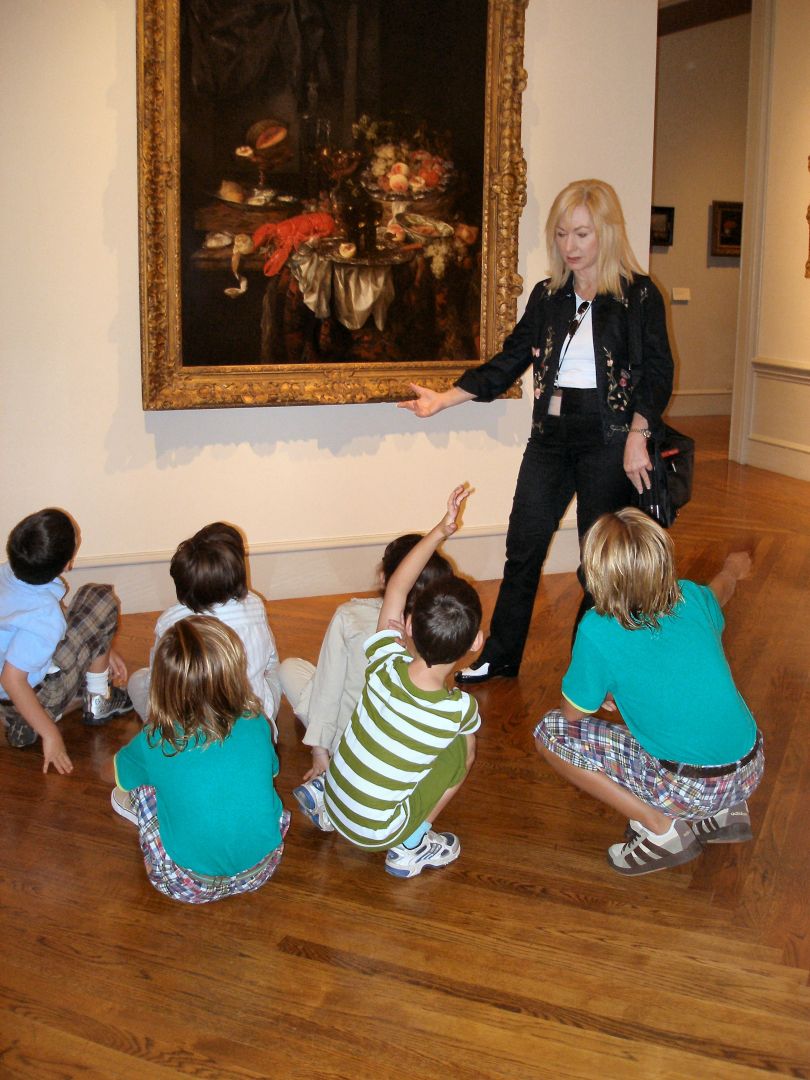 The Shoutout series is all about recognizing that our success and where we are in life is at least somewhat thanks to the efforts, support, mentorship, love and encouragement of others. So is there someone that you want to dedicate your shoutout to?
Wow. What a loaded question! There is no one person. There are many but mostly I dedicate my place in life to my family. I had an uncle who would always watch me doodle in books — and even though I was not a talented artist, he recognized the passion and encouraged it. He took me to museums, the theater and, more importantly, found beauty in even the mundane. “Look at that crack in the sidewalk. What does it remind you of? Let’s look at it from over here, over there, low, high. What color would you like it to be?” Gone now, he was a successful architect in Philadelphia. I had countless productive conversations with my parents and brother. No topic was taboo. We sometimes argued, but I always learned something. None of them were artists but they all were creative in their individual talents, words and thoughts. My father in business, my mother in life lessons and my brother in his self-taught computer abilities. My nephews refer to him as the first Google before there was Google. Another important influence in my life is —and still remains so — a wonderful, versatile artist who taught me that I didn’t have to be a great illustrator or painter to be considered an artist. Creativity is the key. “Say” something with your art. So, that’s what I’ve done. First as an interior designer, fashion designer and then as a costume and production designer for theater and film. I know I can’t draw worth a damn…but good enough to get my point across to those who were able to interpret my vision on paper. I feel that’s also part of my legacy—to let people know that there are many perspectives at play and avenues to meander to becoming an artist. Some express it with painting, others with words—and still others with visionary ideas.