We had the good fortune of connecting with Emiko and we’ve shared our conversation below.

Hi Emiko, is your business focused on helping the community? If so, how?
Though I work in the entertainment industry as a film composer, documentary producer, songwriter and hifi advocate, my goal is very clear: it’s always to be in service of others in everything I do. So, for example, if I am aligning with a film or documentary, I do my very best to make sure the message of the film is one that will be helpful to others. If I’m writing music, same thing! And when I work in the hifi/audio world, it’s all about educating as many people as possible about the deeper importance of an elevated listening experience and how that can benefit you not just developmentally but neurologically and physiologically as well.

I’ve found that the work I do in service of others always end up being the projects that are the most successful, most connective, and make me the happiest! 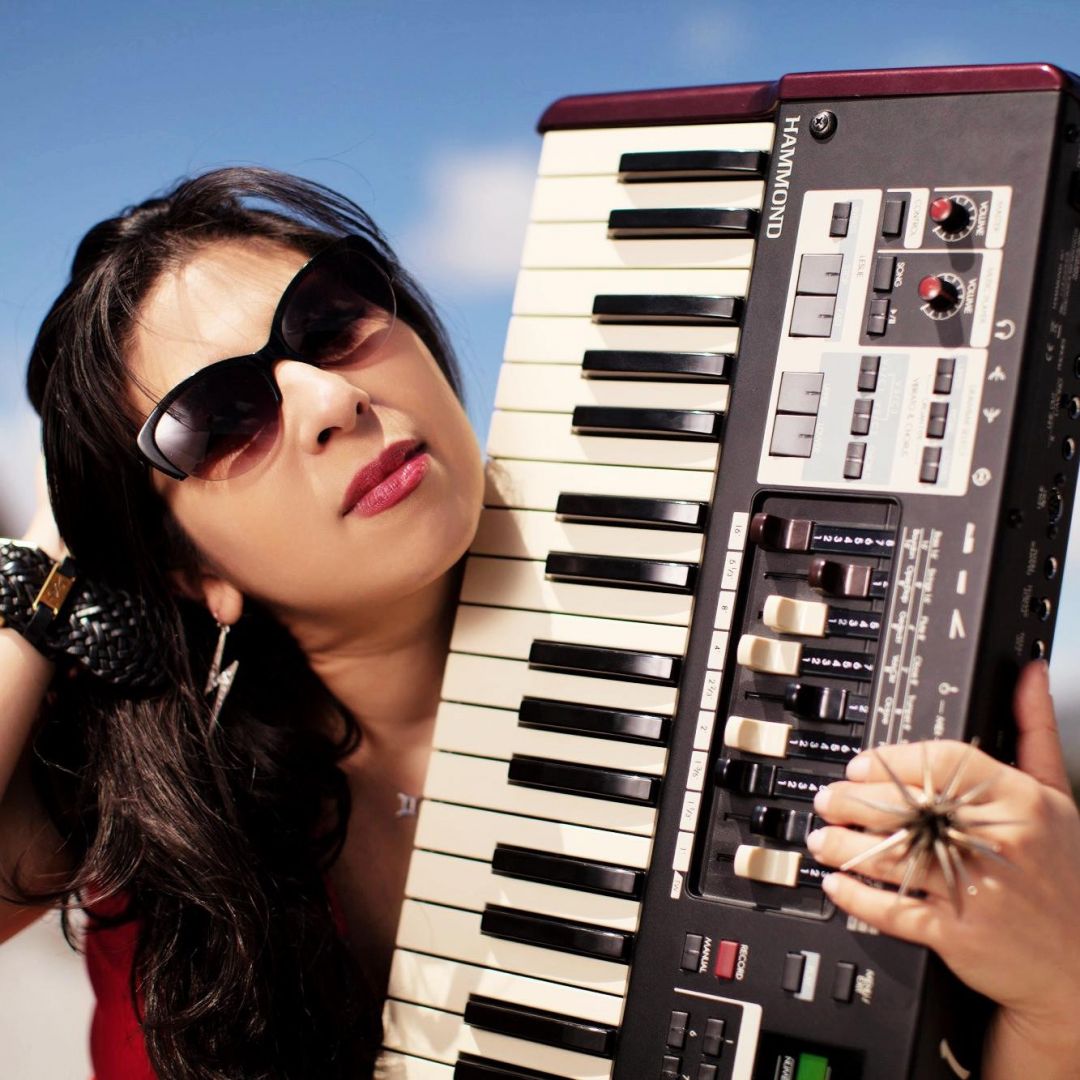 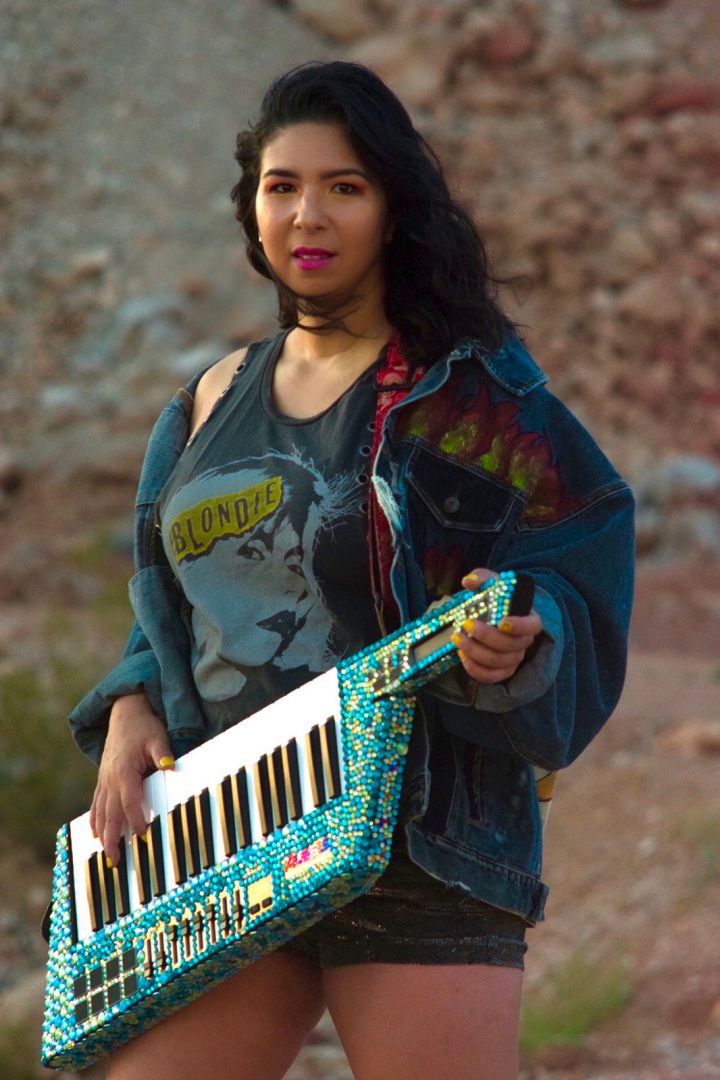 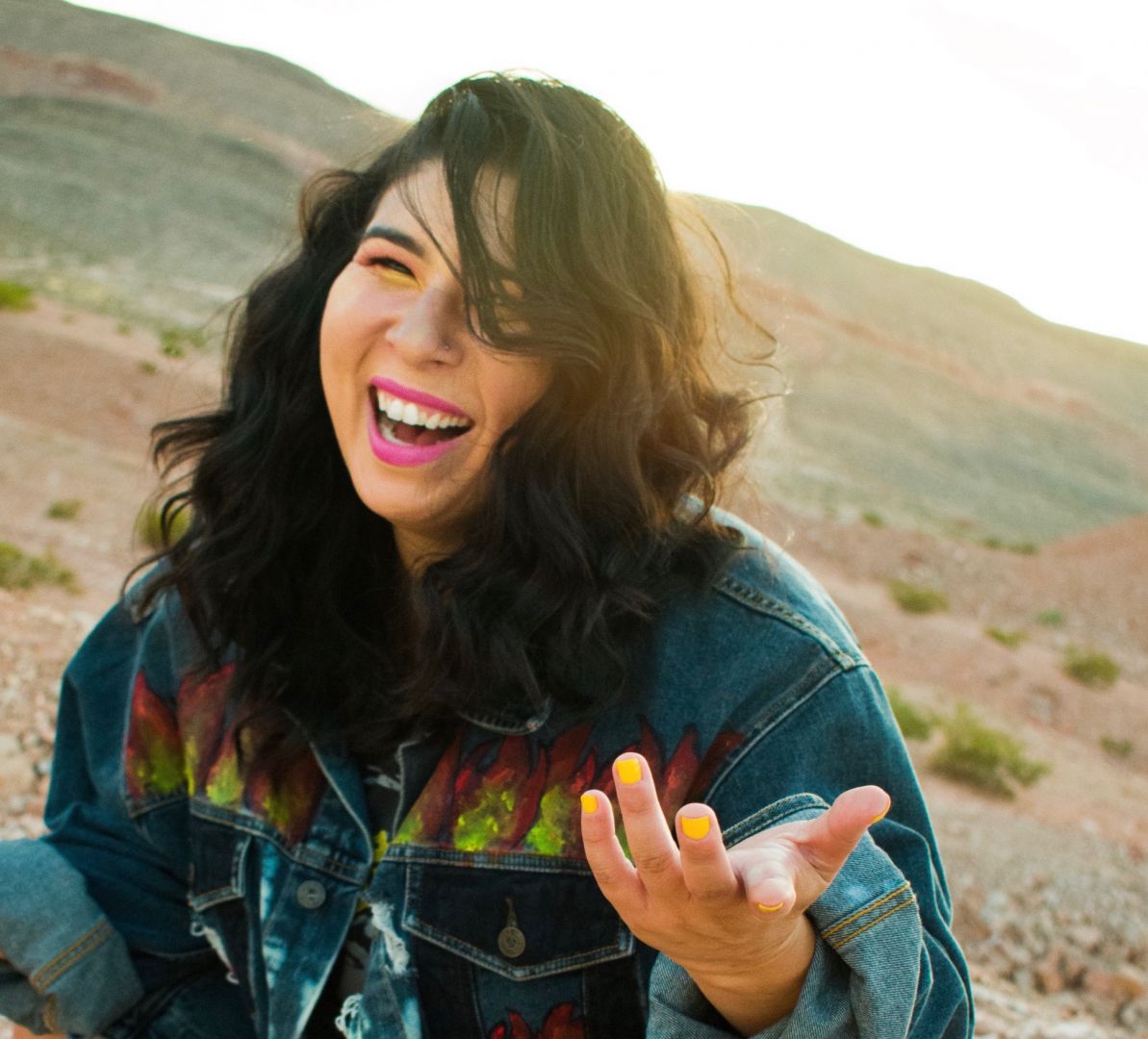 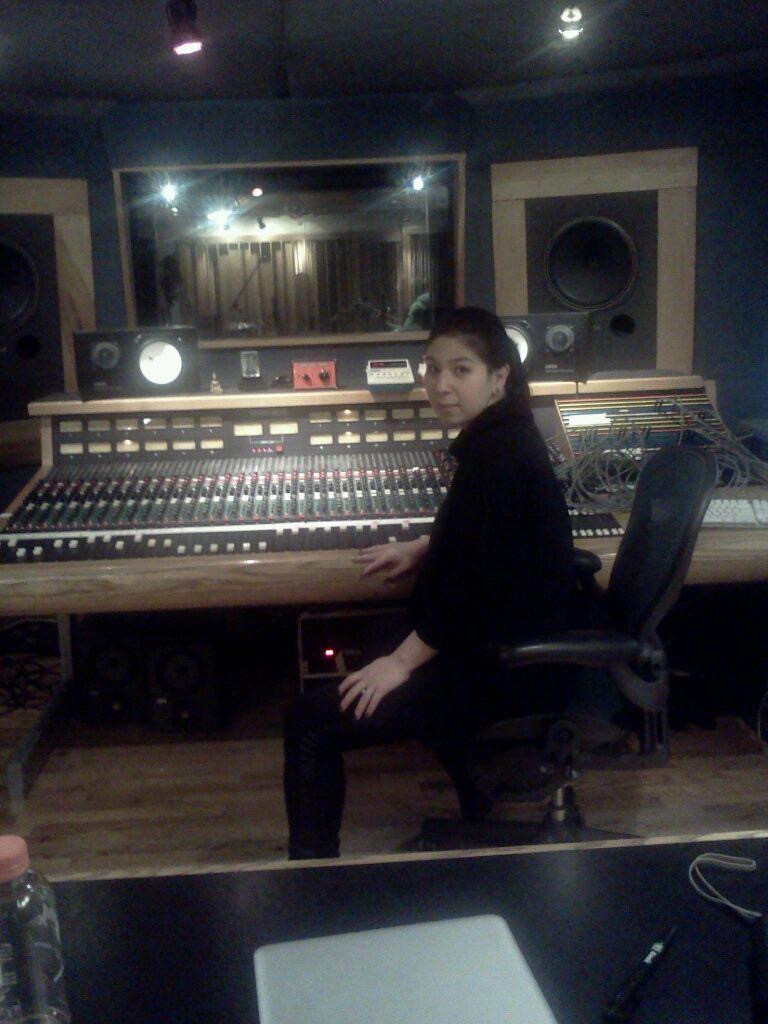 Alright, so let’s move onto what keeps you busy professionally?
I begun to realize just how lucky I am that I can do everything I love as my work and not have to be boxed in. I get to be a film composer, documentary producer, a songwriter, a keyboard and keytar player, and I get to be a hifi/audio advocate. It’s pretty rare that one gets to do everything and anything they want in their profession but somehow, I’ve had really good support along the way that has allowed me to become – basically – my own brand.

Was it easy? Absolutely not. From a really young age (literally a teenager) I was told I had to be one thing or another. I wrote in too many genres. I didn’t look American enough – I didn’t look Japanese enough. I was too “big” in my body, too athletic, too tough. How could someone market me? No one would relate to me. It’s funny now, looking back on those experiences that the people who touted those mentalities were actually followers and not leaders. And as such, they were clearly trying to make me into a follower as well. Only, I was too young to understand that.

It turns out that all of the things that were “not relatable and unmarketable” about me were the exact things that would propel me forward. The moment I realized my differences were in fact my strengths, everything changed! In fact, two of my biggest differences landed me two of my biggest gigs – being half Japanese and half Jewish (ie having a different look) landed me a gig playing keyboards with Cyndi Lauper. And playing keytar? Yes, Carlos, that custom Alesis Vortex Wireless, got me a gig with Major Lazer and Marcus Mumford. It’s truly remarkable that in my earlier life, I was told to be a balladeer at the piano like so many other young women who are still my contemporaries. But guess what? That gig was already filled by so many others so there wasn’t room for me. And it turns out that was for the best!

Just to be clear, I didn’t get here overnight and I certainly didn’t get here alone. And in some instances (likely more than I’d like to count publicly) I took a very long and somewhat backwards route to get here. I’ve had some super support from family, teachers, mentors, and coaches. Three of the biggest lessons I’ve learned on my journey have been:

* take ownership in who you are and what you do. If you don’t have that, you have nothing. Anyone can come and knock you down with a feather. If you have a strong sense of self, you will get to your destination. But for goodness sake, make sure your strong sense of self is also realistic and accurate. The industry is blessed with an abundance of people who have randomly inflated senses of self importance! 😉

* make sure to take advice from qualified people. Especially in the entertainment world, there are a lot (a LOT) of people who fashion themselves “experts” in one field or another. Do your research. Everyone has an opinion but that doesn’t mean you have to take their opinion on board. Listen most to those who are already succeeding at what you want to do. Learn from them. See if you can make contact.

* be clear on your purpose. A lot of folks say it’s important to have a mission or vision statement for yourself. That is definitely one way to do it. I think for anyone starting out, being clear on your purpose is a bit more organic and maybe easier to understand. Purpose is everything in life. If you have purpose, you have direction. With direction, you can have a plan and steps to success. But purpose is the root of this because it also envelops fulfillment.
In my case, my purpose became clear during an incredibly traumatic experience I had a few years ago. I realized that, through my platform as an artist, I had a voice – and a real opportunity to create and contribute to positive change. Rather than allow such a traumatic series of events paralyze me, I turned my attentions and effort to ways I could help others who survived sexual and domestic violence, through volunteer work with Shepherd’s Door Domestic Violence Resource Center in Pasadena, CA. I am proud, and honored to say I now serve on their Board of Directors. Ultimately my own personal experiences and work resulted in producing an award winning documentary short film and music video about it. That led to more work in the film world, having composed the score for the award winning, “Black Lives Matter,” short film, by Ashna Sharan and As the Collective LA. Even in my purpose in the hifi and audio world, through my work as an advocate, educator, and brand ambassador, everything and everyone I align with have similar core values of inclusivity, education, communication, and connection, so much so that the web series my production company and I produced for T.H.E. Show, called “T.H.E. Human Side,” went on to win multiple awards in film festivals all over the world. It’s a feat to be very proud of when you can create art that’s meaningful AND educate and connect so many people in the process. That, to me, is a wonderful purpose.

One last thing I’d say, just speaking for myself – when it comes to lessons I’ve learned: I spent the better part of my young adulthood trying to fit in and blend in (ie being like every other artist out there) in an industry in which you’re supposed to STAND OUT! So be proud to be YOU and stand out!

Lastly, it’s a bit hard to narrow down what I’d like the world to know about me or my story so I’ll leave it broad with this: life is the biggest ad truest adventure there is and I intend on showing up everyday with a smile on my face for it! My hope is that this sentiment is reflected in the work I do, when I connect with people on new endeavors, and in the music I make. I’m lucky enough to do a myriad of things that I love for my work – so I take that blessing as a responsibility to encourage others to do the same!

Any places to eat or things to do that you can share with our readers? If they have a friend visiting town, what are some spots they could take them to?
I have SO many favorite spots in the city. And when I say “city” I mean everywhere from Pasadena to the West Side. Recently, my parents came to visit and I was finally able to take them out (safely) so here are some of the places we went that I would absolutely recommend:

* 71 Above for sunset drinks and dinner

* Afternoon Tea at the Langham, Pasadena

That’s just a few – there are SO many more! 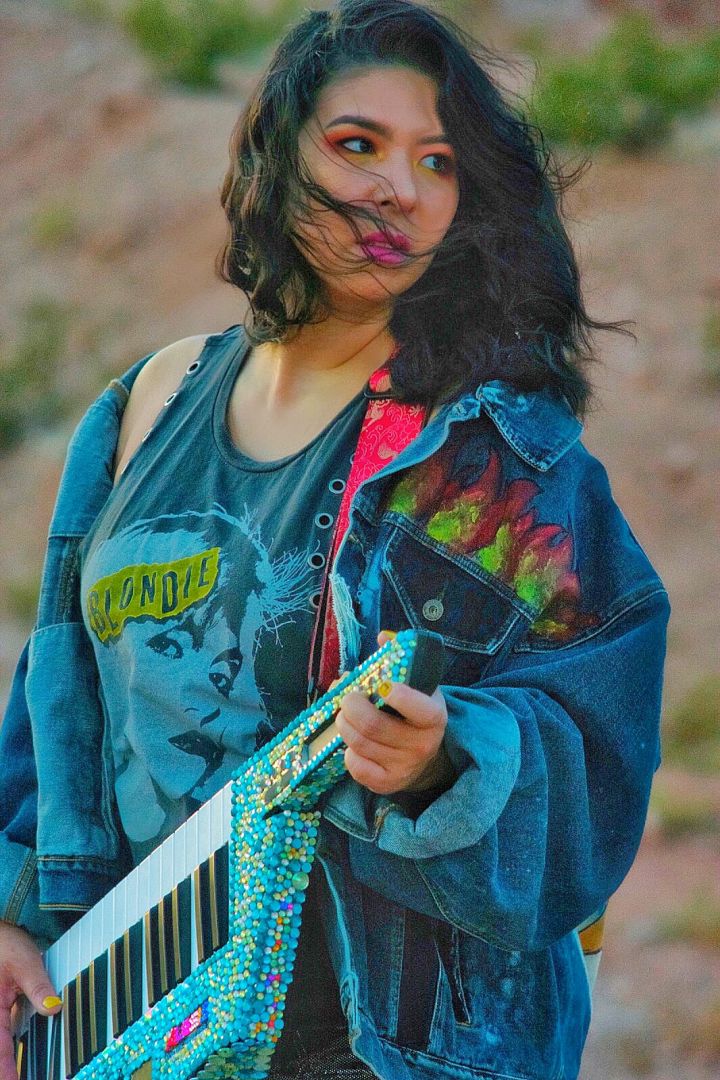 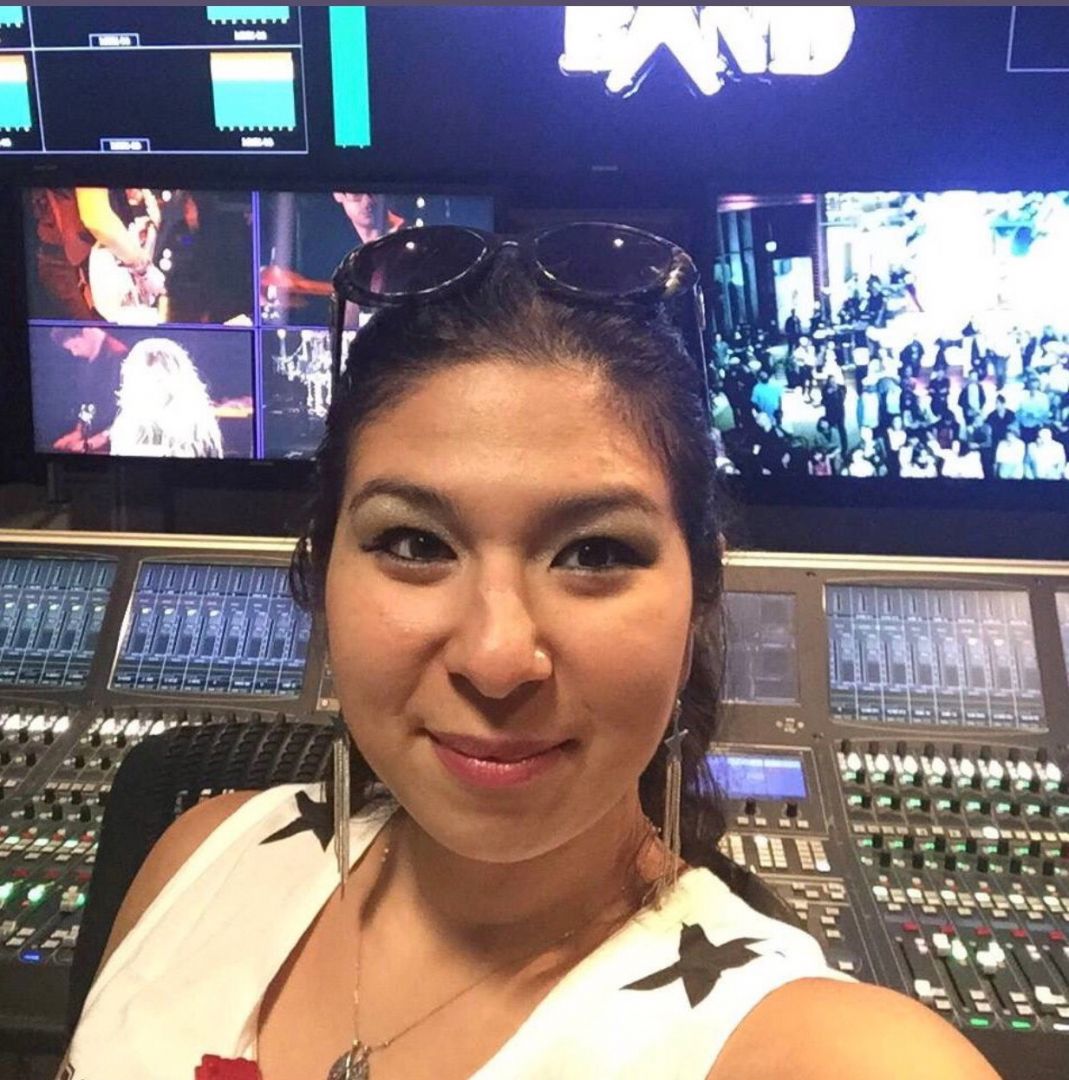 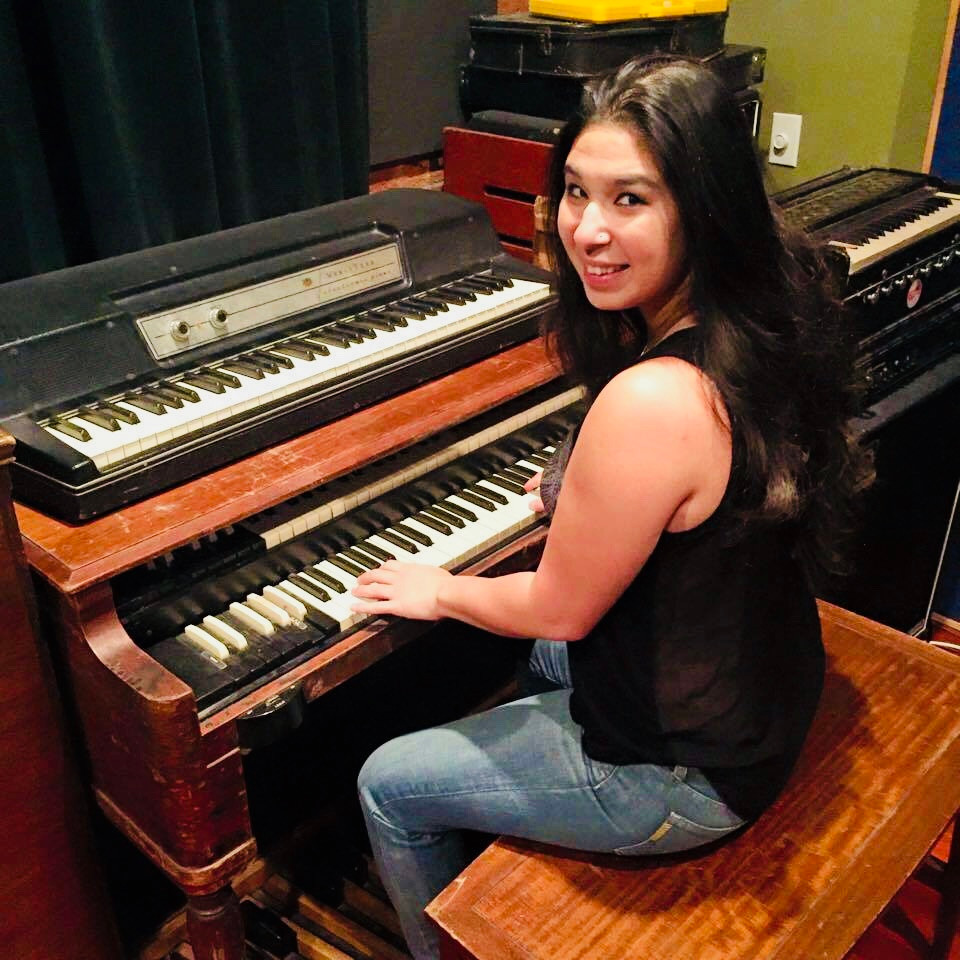 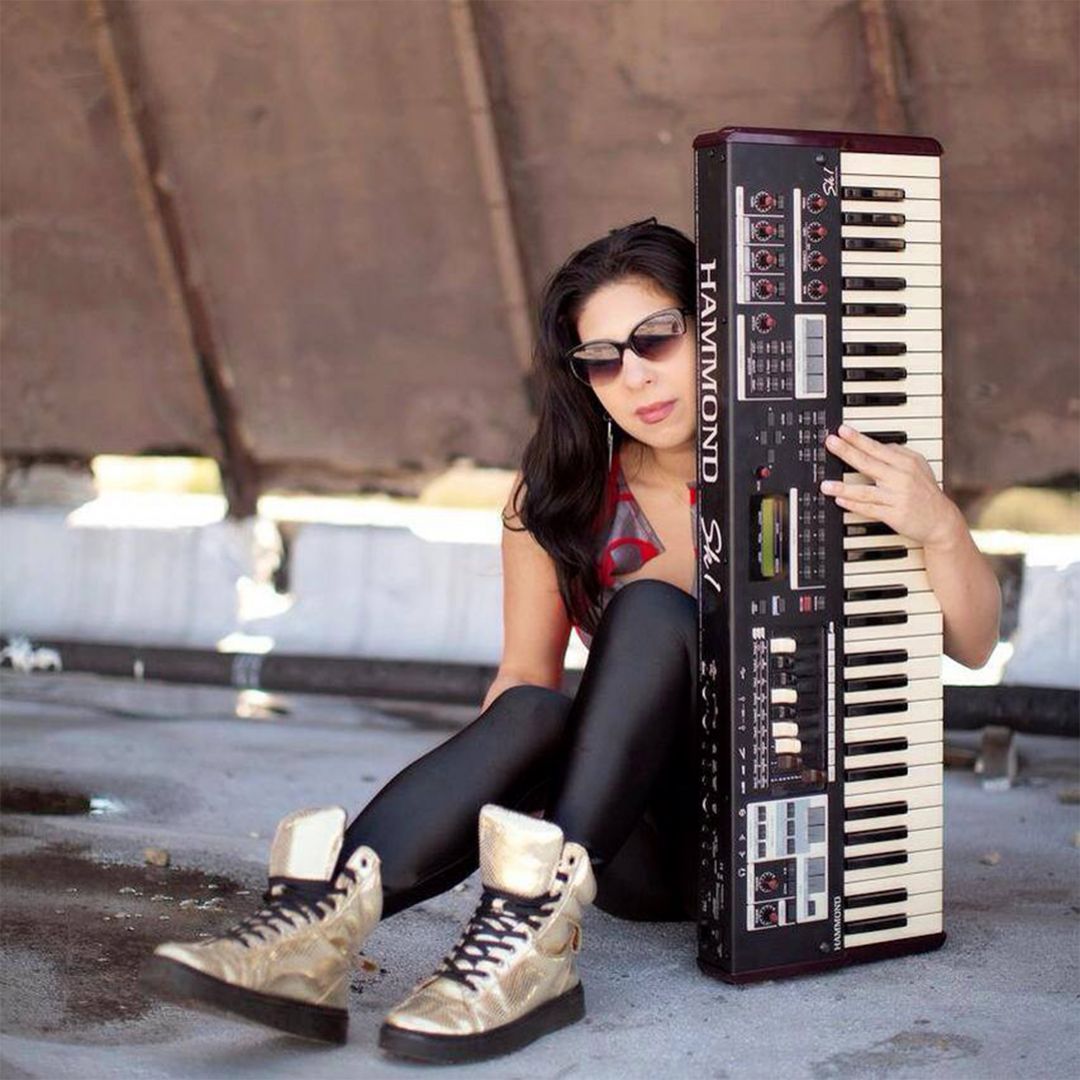 The Shoutout series is all about recognizing that our success and where we are in life is at least somewhat thanks to the efforts, support, mentorship, love and encouragement of others. So is there someone that you want to dedicate your shoutout to?
There are SO many people who I’ve been lucky – and blessed – enough from whom to have support. I’ve had a lot of great teachers and mentors and family support. Rather than list them all out (that would take way too long), I’d like to give a massive shoutout to EVERYONE who is a supporter in a creative person’s life. Your support means way more than you realize – and often times, way more than we can ever put into words.

From my family to my teachers, mentors, and coaches, to all sorts of producers and colleagues I’ve had in the studio in the form of bandmates way more established than me, everyday is a learning experience. The key here is to always be learning from those who are further along on the journey than you are. And to always seek out as much information as you can – even if it’s different perspectives (especially if its a different perspective) and then be able to have a group that you can discuss with, analyze with, learn with, and grow with. These are the folks who deserve the shoutout.

In this way, I’m lucky that I don’t have a single person to name but rather so many to thanks. It’s a really beautiful thing when you realize you are surrounded by so much encouragement. It always makes me want to go out and encourage others.

Other: My hifi/audiophile account on Instagram is: @thathifigirl And my production company, Rose City Media Group, can be found at www.rosecitymediagroup.com or @rosecitymediagroup on social media.