We had the good fortune of connecting with Emily Lerer and we’ve shared our conversation below.

Hi Emily, what role has risk played in your life or career?
What is art without risk? Certainly safe art has its place, but for me, I’m driven to push the collective conversation forward each chance I get. Art has the power to elicit love, rage, and the fervor to move societies. Whether moving to a new city with no money, jumping into a creative field traditionally dominated by men, or telling stories of struggles we don’t talk about, I thrive on taking risks in both my life and artistic endeavors.

The most enjoyable stories are ones that shine light into dark crevices. My creativity often encompasses the personal, gritty, and vulnerable – stories of underdogs uncovering new perspectives and exposing their insecurities to an audience. For that reason, my short film Punch Drunk may be the most exposed piece of myself I’ve put into the world. 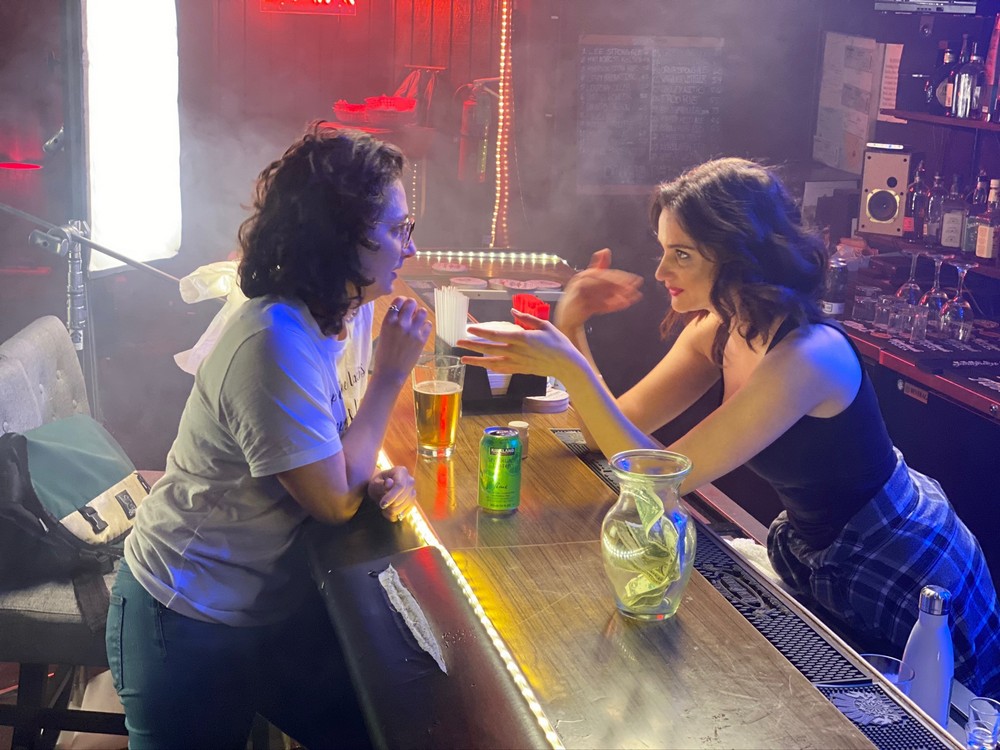 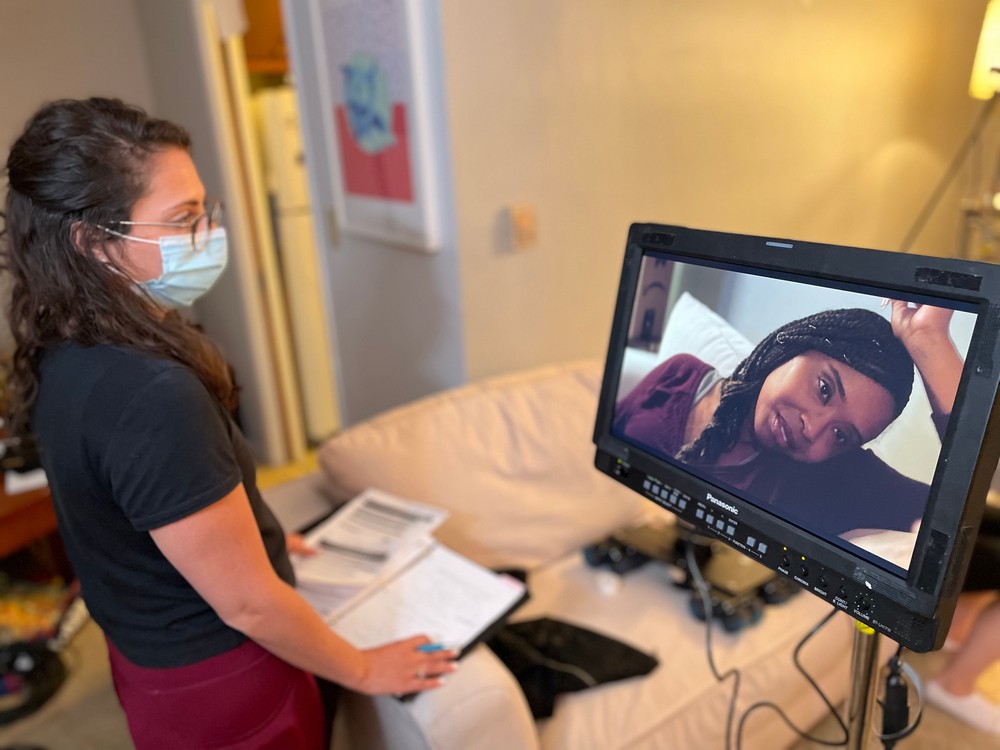 Alright, so let’s move onto what keeps you busy professionally?
As an award winning director/writer, my work encompasses unabashedly raw, gritty, quirky dramas and dramadies exploring the messiness of femininity and humanity from the perspective of a midwestern, Jewish woman. I am an AWD “Directing the Actor” Fellow, semifinalist for Oscar-qualifying Rhode Island Film Festival, quarterfinalist for both Big Apple Film Festival and Nashville Film Festival. My cervical-cancer focused dramedy Punch Drunk premiered at the Oscar-Qualifying Hollyshorts. My work has screened at over twenty five festivals internationally. During quarantine, I wrote a feature film (Other Half), directed the proof of concept short film version, started on another feature film (For Helen), and am currently digging into rewrites for the latter.

I caught the acting bug through after-school programs, following from childhood through to high school. Fellow classmates pestered me for director’s notes, and I started feeling a real purpose and joy giving direction. My first directorial production, “And All of Us Fell Down,” a Julius Caesar adaptation exposing the rise and fall of dictatorship, helped me realize I didn’t want to live a life “without cheese,” needlessly obsessing over weight and whether I was thin enough to land an audition; I wanted to lead.

There came challenges. Acting schools explore humanity in its rawest form, so the lines between bringing a healthy vulnerability to a scene vs exploiting the emotional trauma of a student without the safety net of a mental health counselor can really blur. Having experienced this a number of times in my youth, I’ve chosen to flip the script, emphasizing vulnerable stories of the underdog without broaching toxicity. What better way to fight the power than addressing subject matter others shy away from while at the same time setting a tone of empathy and diversity for my cast and crew.

After college, I wanted nothing more than to move to New York and dive into the most collaborative years of my young adult experience, exploring the classics through a new lens and developing shows with fresh-thinking, innovative playwrights. Three years surviving off birthday party princess roles, bartending gigs, and Hustler (hi dad!) ran me down. I began contemplating a move to Los Angeles where I could explore directing onscreen, when in a sudden twist of fate, my apartment caught fire destroying everything I owned. Choosing to see this as an opportunity, my bags were packed and my flight was booked a week later.

Now, seven years after my escape from New York, plate is full with projects in development, festival circuit rounds, and features on the horizon. I climbed the ladder of post production from PA, coordinating, and supervising all the way to associate producing. Whether reality TV, scripted, or documentary, this whole new world instilled in me a concrete sense of pacing, editorial taste, and leadership skills.

Has it been it easy? Hell. No. Do I want to make it easier for those who come after me? A bold, underlined yes. I believe the pandemic has allowed our industry and educational system to begin reevaluating it’s less honorable practices, and I am immeasurably appreciative of the students and individuals adding their voices to the #MeToo, #TimesUp and the current IATSE fight who expose these stains on our community. I’m also grateful for our recent push toward more emotional and physical safety for actors (e.g. intimacy coordinators, medic compliance health officers) and can’t wait to see what world we leave behind for the next generation of creatives. 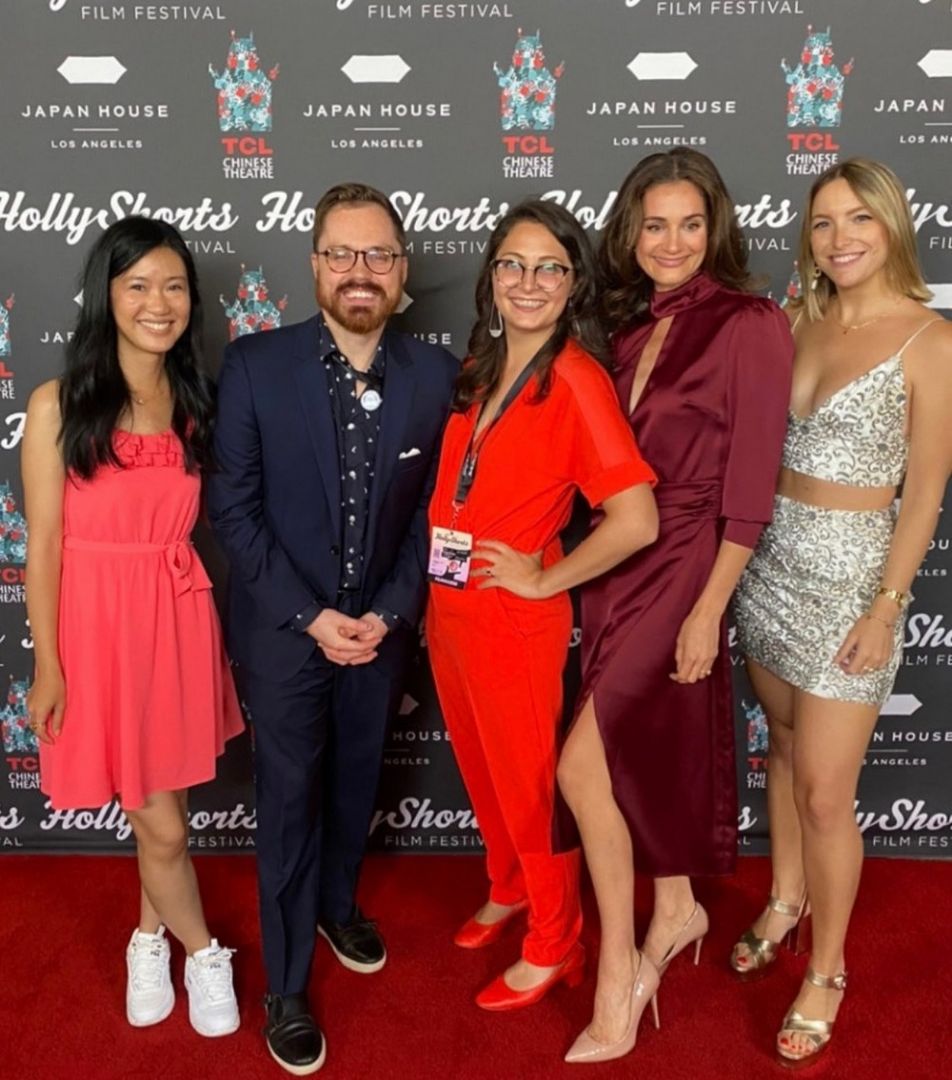 If you had a friend visiting you, what are some of the local spots you’d want to take them around to?
Start your day with a leisurely morning walk in Venice Beach, where the best breakfast burrito money can buy is waiting for you at Plancha. Next you’ll want to take advantage of the sunny LA weather with a hike in Fryman Canyon, then grab a coffee and croissant at Aroma Cafe in Studio City.

My father was particularly excited about the all-day doughnut shops and watching the busy life of set, so after the jitter juice is flowing we’ll spend the afternoon exploring whatever shoot I’m working on, then grab some caked goodness at either California Donuts downtown or get your vegan on at Fōnuts in North Hollywood.

If you aren’t ready for a nap yet, it’s time for drinks at Mama Shelter rooftop bar in Hollywood, after which we’ll hit this Italian spot in Silver Lake called Blairs where the pasta’s made fresh and the ambience is choice. The next night try Gus’ Tacos for your quintessential hole-in-the-wall that you’ll brag about to your friends when asked if you had a good California taco.

Looking for comedy? Run, don’t walk, the Largo! Or if for more off-grid, Cafe Organico’s backyard BYOB open mic. Afterward, sneak away to Covell, Spin the Bottle or Firefly for a night cap.

Finally, rest. Because we’re spending the rest of the week in Big Bear, Lake Arrowhead, Joshua Tree, Santa Barbara and finally Cambria near Morrow Bay. Staying longer? We’re camping in Redwoods. Having been raised in the midwest, seeing such a diversity of snowy mountains and ocean views in the same place is part of what I enjoy so much about California and I wouldn’t trade my time here for the world. 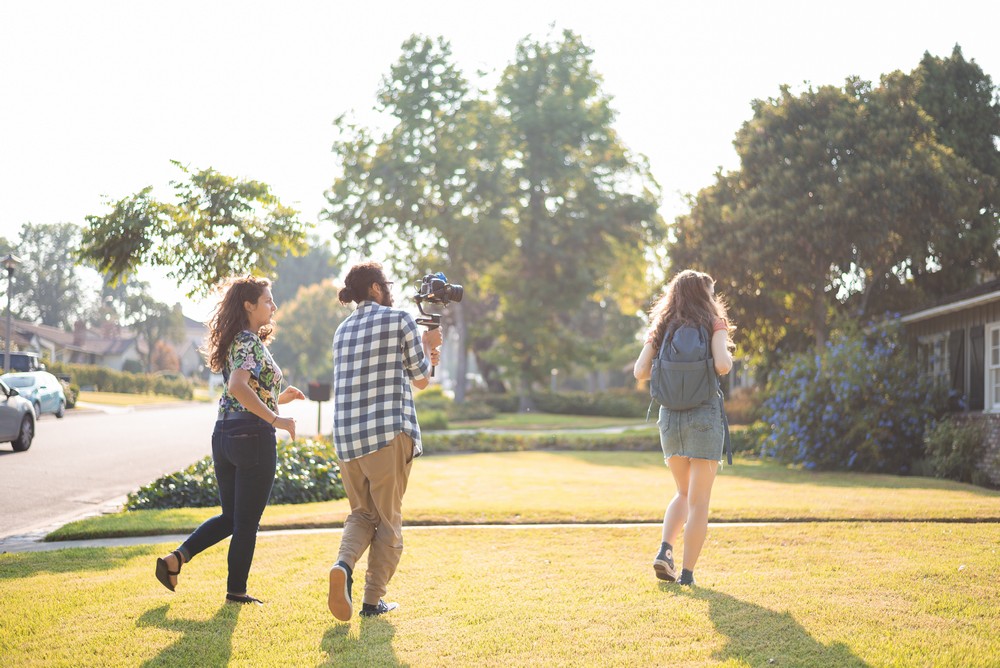 Who else deserves some credit and recognition?
What an excellent question. A director is nothing without her team, and I’m eternally grateful to mine; they include my writing and life partner, Cason Weiss, my cinematographer Carrie Morgan, my mentors Heather Cappiello, Nicole Carrasco, Lugh Powers, and my cohorts from the Alliance of Women Directors. I’d also be remiss if I didn’t mention the emotional support received from my family, particularly my parents Hank and Wendy Lerer, Grandmother Hatsy Lerer, and Aunt Terri Belford, who were there for me since I played a tree in my high school production of A Midsummer Night’s Dream. Oh, and lest I forget my orange tabby cat, Gloria Steinem. 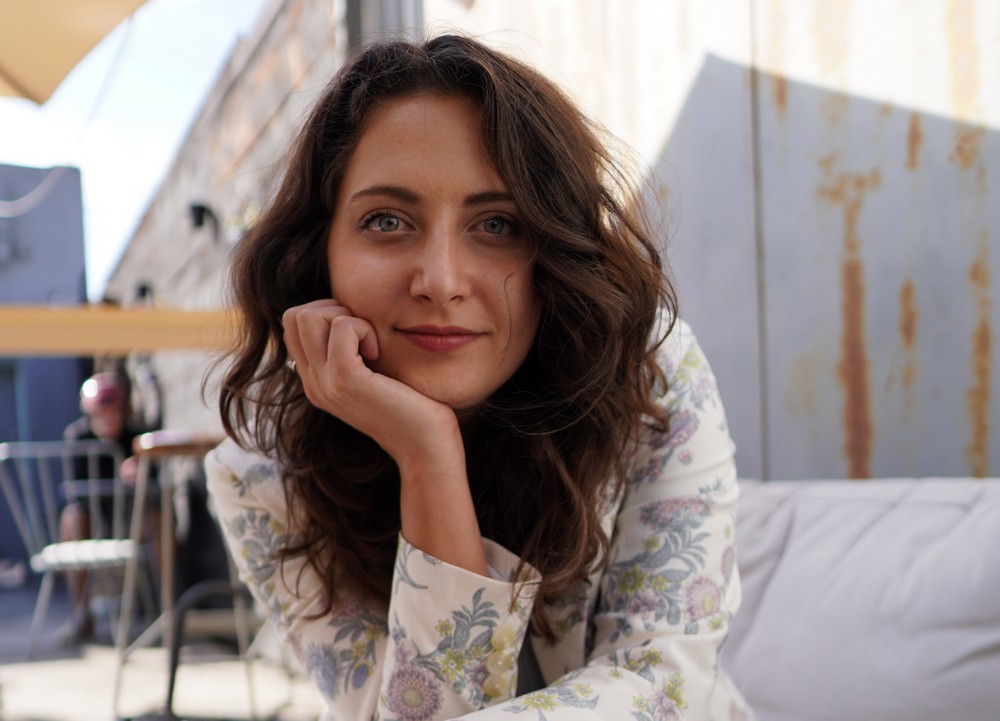 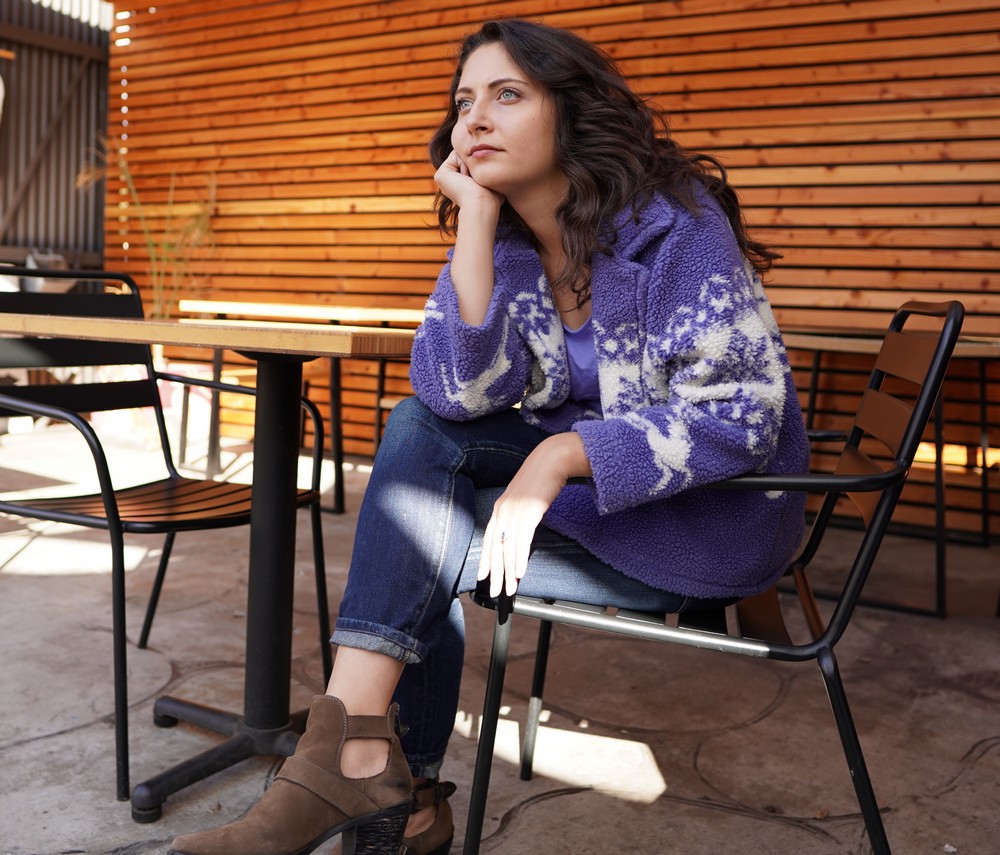 Meet Tony Sclafani: Woodworker and Chairman of the Board