We had the good fortune of connecting with Eric Buss and we’ve shared our conversation below.

Hi Eric, how do you think about risk?
I’ve always been a big risk taker. I started practicing magic and comedy at age 16. Once I got serious about it, I never really had a back up plan for a career. Having a back up plan seemed like admitting failure to me. After college I moved to LA to pursue comedy, magic, and acting. It didn’t seem risky to me. I knew it would be difficult. But it was too exciting to worry about the hard parts. Taking that risk paid off. Since moving to LA, I’ve been a professional comedy magician for 22 years. To further my risk taking habits I studied and graduated from The Second City comedy improv school in 2007. The moto of an improviser is “Yes, and.” When in a scene you always agree with what your scene partner gives to you, AND add on to it. “Yes, And-ing” is also a great moto for life. Once the pandemic hit and all of my upcoming gigs were canceled (side note: I was working at the Magic Castle when the world shut down. It was a bizarre week, but it was a good gig to end on) I realized I would need to do something to pay the bills. My life was presenting me with another risk. I’ve always been handy with tools and fixing stuff… so why not get the word out that I was a handy man??? Sure, it was risky… but I dove in. I put an announcement on Facebook offering my services as a handy man. I just told myself that if I didn’t know how to fix something, I’d be honest with the client, and no harm would come of it. I started fixing lighting fixtures for people (which is a bit of a risk, since I don’t know much about electricity) which ended up being pretty easy to figure out. I got relatively comfortable going to people’s houses and assessing their projects. After a few weeks of my “new career” someone called me asking if I could build a playhouse for their kids. I thought to myself, “I’ve never built a playhouse before…” so naturally I said “YES!” The SAME DAY I received the playhouse inquiry, I received a treehouse inquiry? Could I build a treehouse??? Sounds pretty risky… so I jumped at the opportunity. My dad was an amateur carpenter so I grew up with the basic skills of woodworking… but everything else I’d have to figure out on my own… I started watching every youtube video I could find about treehouses. I was basically back in school learning about better tools, woodworking tricks, tree biology, etc… I loved it! Once I finished the playhouse and treehouse I added them to my Facebook Handy Man flyer and put the focus on building play structures for people. It blew up! I got four treehouse inquiries within a few hours of posting it. It’s been my new (temporary???) career since early July. I certainly consider myself lucky that I had the basic skills of building things. I’m also lucky that the Burbank Facebook community lined up ready to trust me to build their children’s treehouses. But, I credit my impulsive, risk-taking nature for helping me to launch this endeavor. I knew I had to dive in head first… there was no school for treehouse building. I had to figure it out on the fly, which meant I had to say “YES, I can build what you want” first AND figure it out second. 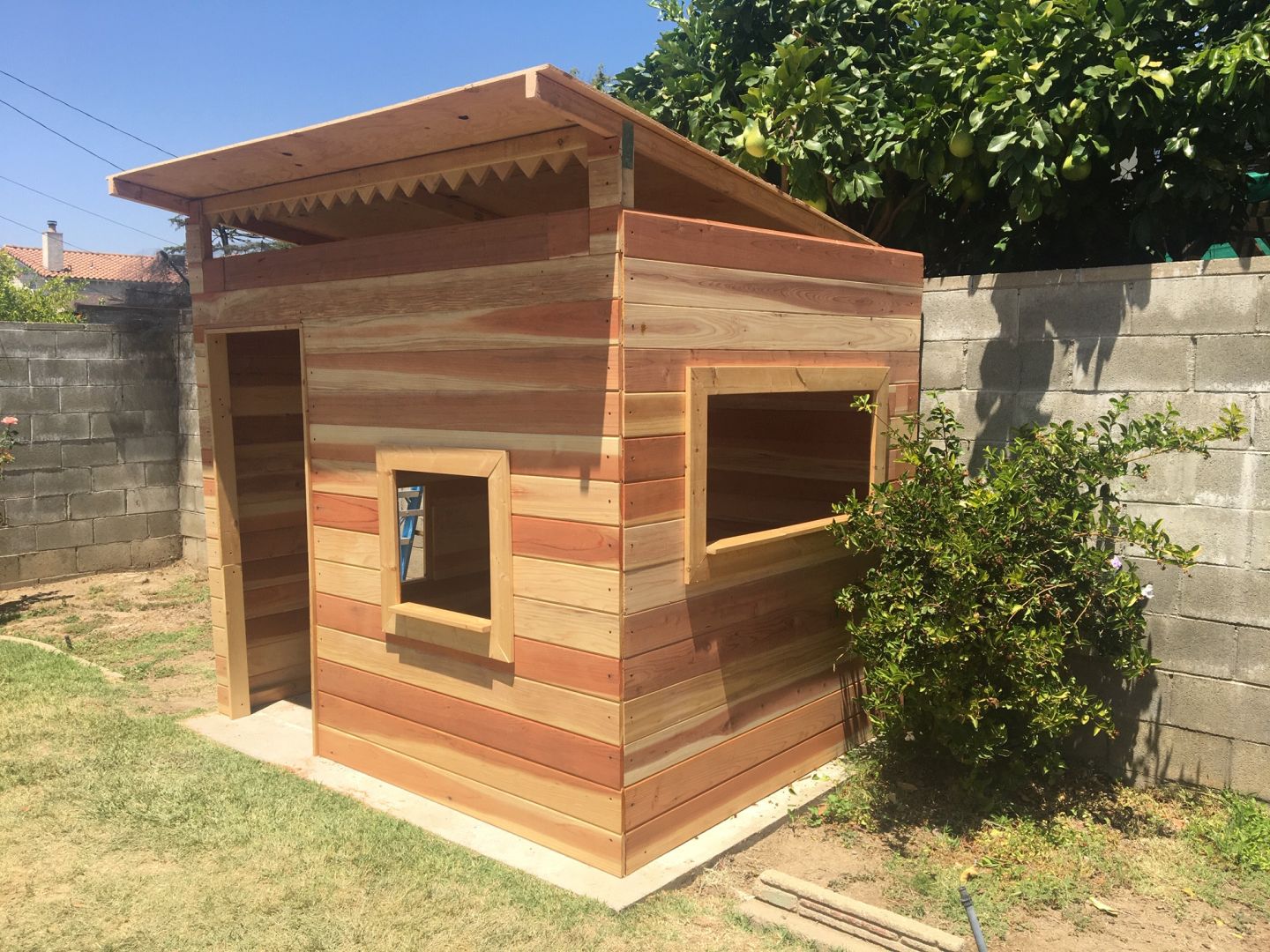 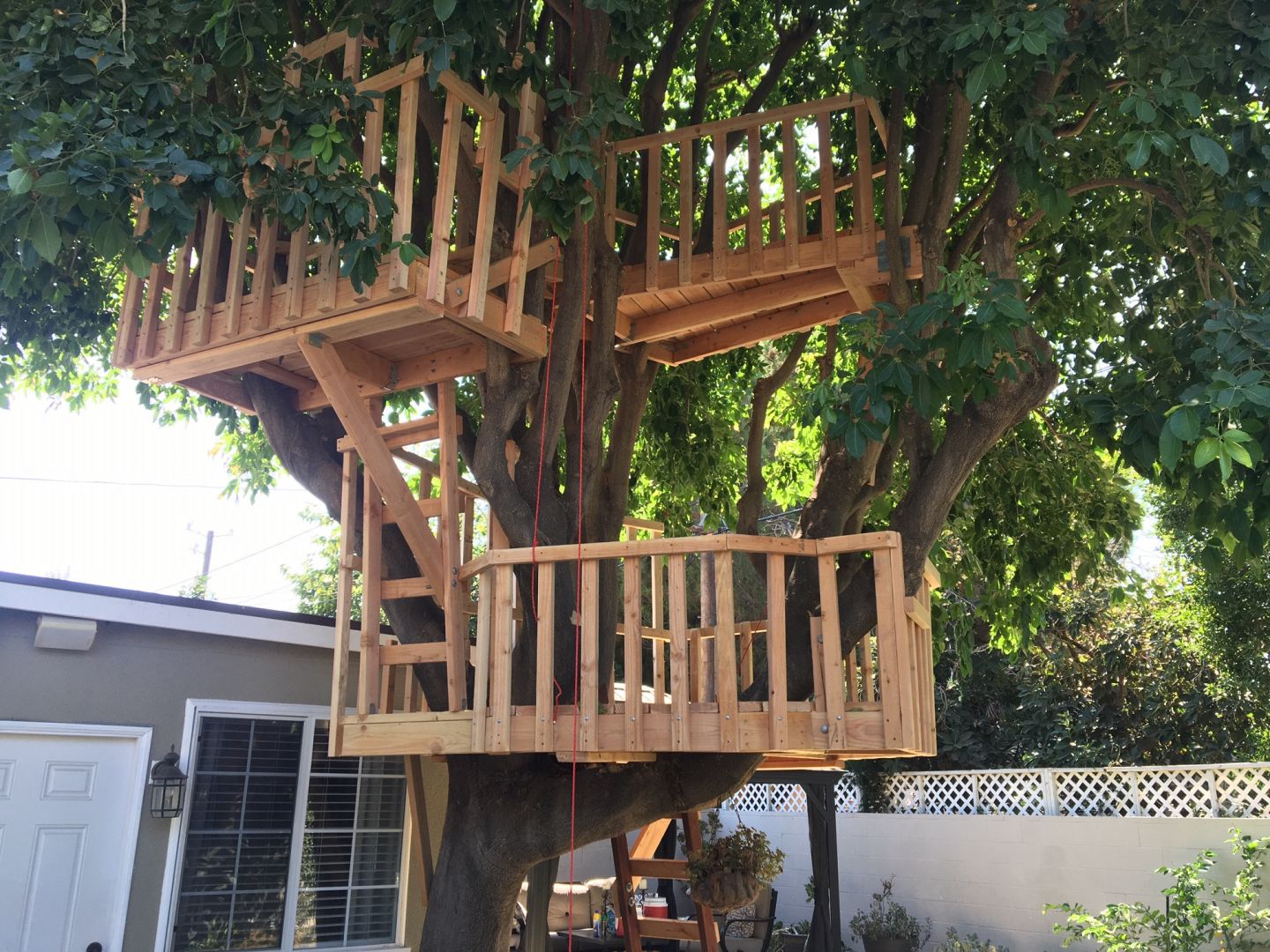 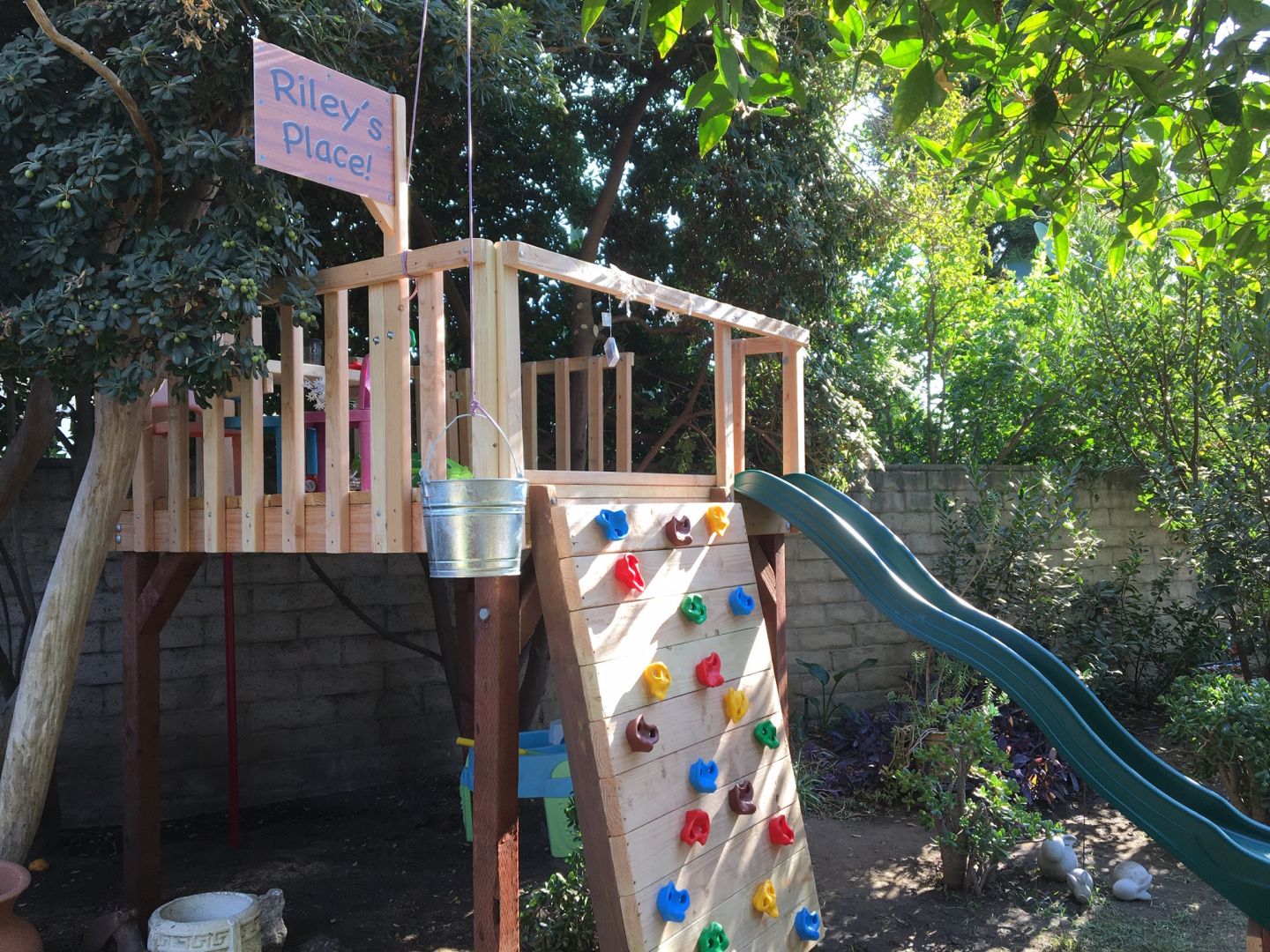 Alright, so let’s move onto what keeps you busy professionally?
When I was 16 years old, I started working at a pizza restaurant near my house. There was another kid working there who was already a part time magician. He taught me basic magic tricks on our breaks, and told me about the magic shop in town. I started hanging out there every weekend. I joined the local magic clubs in town, and was determined to become a full time magician when I grew up. Once I joined the magic club I met a older man named Bruce Martyn who became my mentor. He hammered the idea of originality into my head. He would actually get mad when I discussed wanting to perform magic that was standard. I had no idea, but he was also teaching me branding, character development, creativity, etc… he was my Mr. Miyagi. Many of his lessons were hidden within other lessons. Equipped with my Bruce “Miyagi” Martyn lessons, and my bachelor’s degree in theatre, I moved to Los Angeles in 1998. My original view point of magic helped me make a name for myself almost immediately. I started traveling around the world performing. In spring of 2007 I had the crazy idea to launch hundreds of the spring snakes (from the peanut can) into the air choreographed to music. It was an instant hit at the Magic Castle. I quickly shot video and sent it to the late night talk shows. I was blown away the day I got a call from the people at “The Late Show” with David Letterman. I ended up performing on Letterman in October 2007, only a few months after I created the routine. (Footage is on Youtube) It was a life changing event that I still think about often. I had solidified myself as an original thinker and creative performer. No matter what happened, I would also have “The Late Show” on my resume. I thought my new Letterman footage would help sky rocket my career. Then the recession hit in 2008… I found myself with few magic gigs and little money (or motivation) to create art. I ended up getting a part-time job with the LA Kings hockey team in the “game entertainment” department. We’d toss out t-shirts, and get the crowd pumped up. It was a fun job, but I was the oldest one on the team and I’d think about magic constantly. I decided to capitalize on the situation. Luckily my bosses at the Kings were very supportive of new ideas. I told them I wanted to perform my “Spring Snake Symphony” (routine from Letterman) at center ice during a game intermission. They actually said yes. So, after a few rehearsals they let me wheel out my giant contraption and perform my routine for 18,000 people. The announcer said my name and told the crowd I was a regular at the Magic Castle. It was a surreal experience. Once again I took a major risk that paid off. Magic eventually picked back up for me and I was back to creating more original material. I’ve been extremely happy with my career almost every step of the way, minus a few frustrating chapters. I’ve become known as a creator of magic and an original thinker. Since I’ve made a career of taking the more difficult path less traveled, when the pandemic hit, it was almost as if I had trained for it my entire career. However, this time, it wasn’t magic related. Before the pandemic, although I was loving magic, I felt I needed a break. Magic and social media was starting to become overwhelming. Building treehouses has not only been a good money maker for me, it’s also taught me that I can be happy doing things other than magic. When I was younger, I would not have believed this about the future me. Lately, I’ve been eating my lunch while sitting in trees, trying to figure out how to build the treehouse deck, or railing, or second level. I absolutely love it… .as much as I love magic. 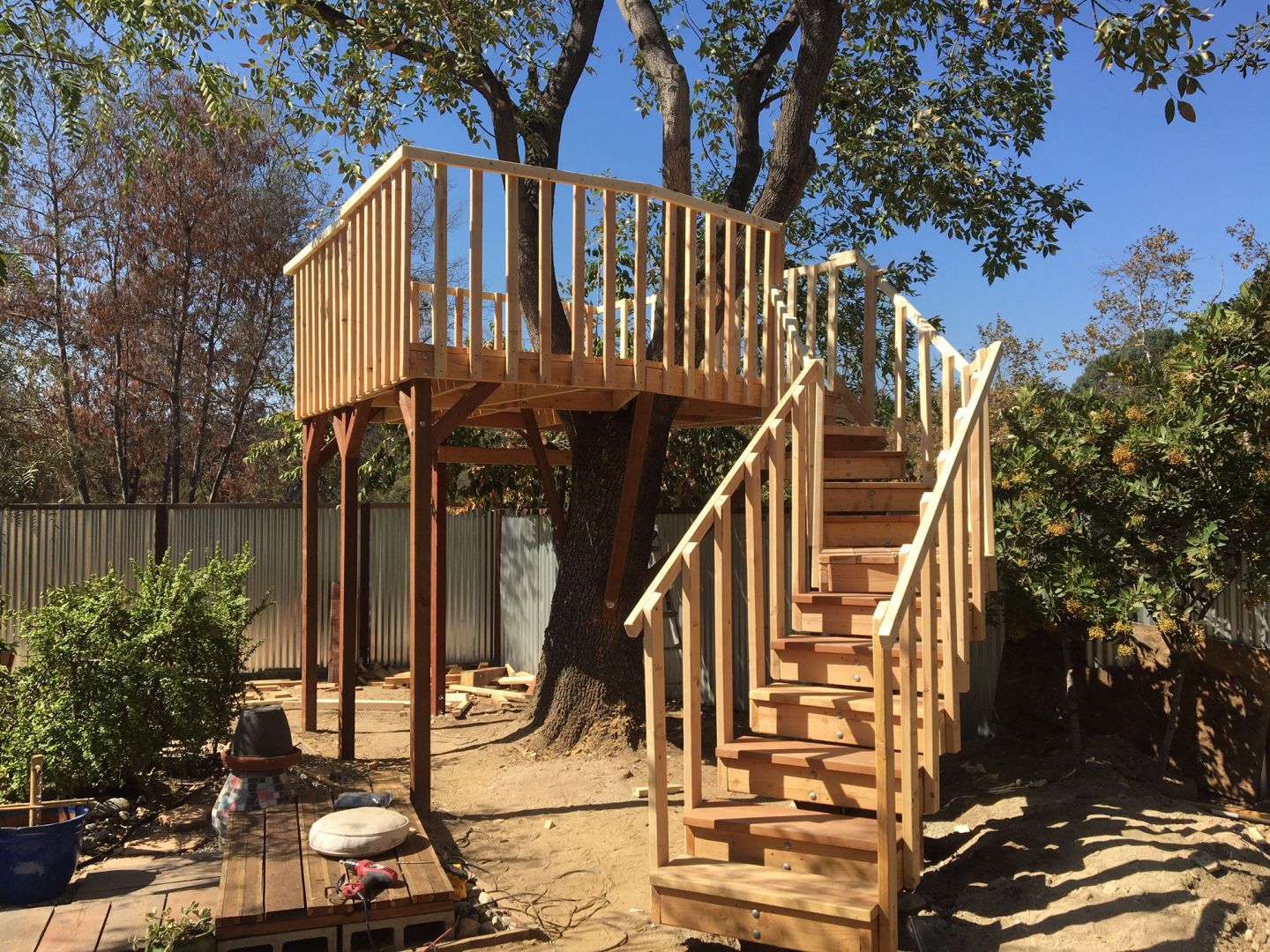 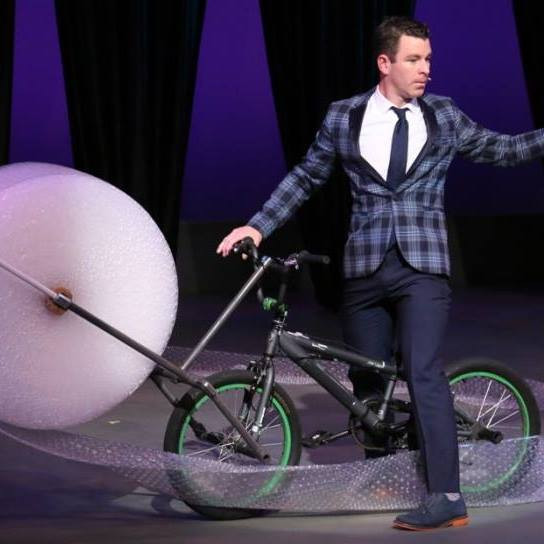 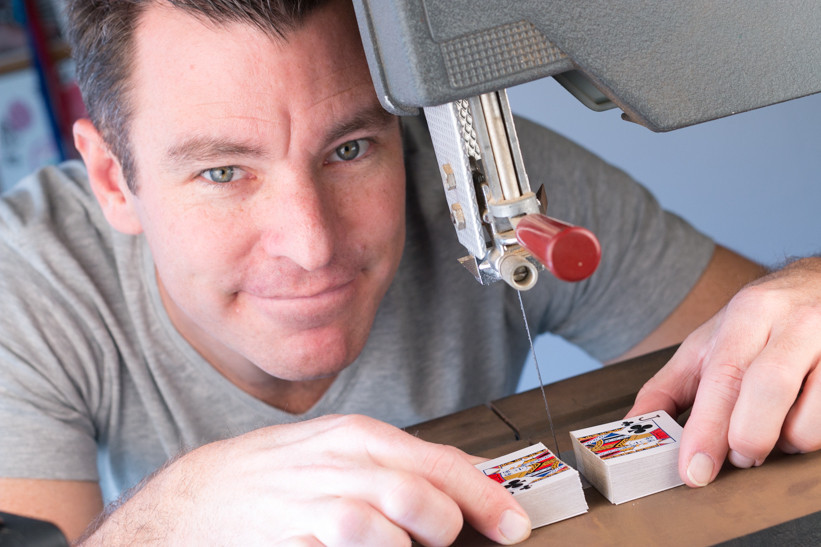 Any places to eat or things to do that you can share with our readers? If they have a friend visiting town, what are some spots they could take them to?
Our first stop would be the Magic Castle. We’d dress in our best and have a 5 star meal, while sipping our $14 martinis. Then we’d watch some of the best magic in the world. Fortunately many of the magicians working there would be friends of mine, so my friend would get to meet all the magic stars of the evening. We’d definitely hit the beach… probably Zuma beach in Malibu. Small crowds, great beach, and very relaxing. If my visitor was here during the Halloween season, we’d take a car tour of the decorated houses in the Burbank area. There are a lot of creative people in this area, and they show their talents in their front yard every October. It’s been tradition with my wife and kid, and my visitor would enjoy it as well. We’d also go see some great stand up comedy. I’ve always loved The Ice House Comedy club in Pasadena. It’s a friendly club, with top notch talent and a great bar. We end our tour with lunch (or dinner) at the Farmers Market at 3rd and Fairfax. Name the food and you can find it there. It’s a one-of-a-kind eating destination. 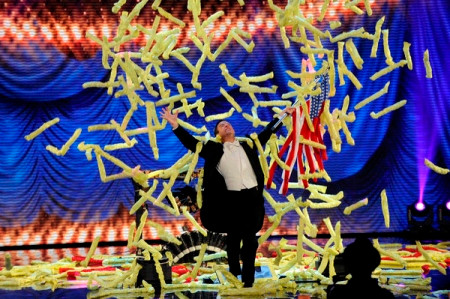 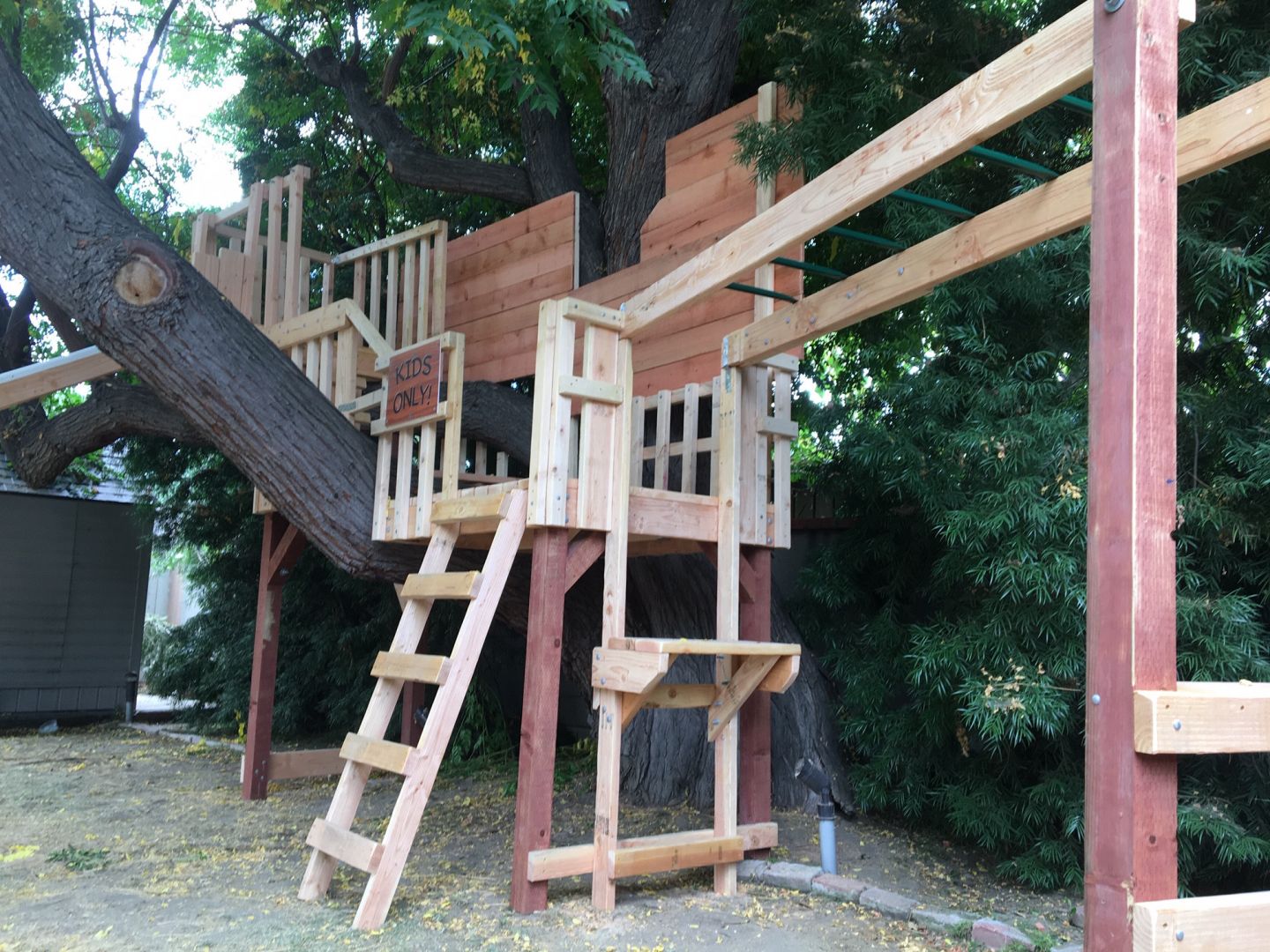 Shoutout is all about shouting out others who you feel deserve additional recognition and exposure. Who would you like to shoutout?
When I was a kid I spent time with my dad in his workshop. He was an amateur carpenter and built birdhouses, furniture, and decorations and gave them away as gifts. So, I learned about power tools and woodworking early on. When my dad died in 2002, I acquired all of his power tools. I wish he was still alive, he’d LOVE to see my treehouse creations. The Second City comedy school was a great chapter in my professional AND personal life. They hammer the “Yes, and” motto into your head. Saying yes to something thrown your direction becomes habit. I’ve had numerous adventures in my life because I said yes first, and figured out the details later. I actually feel sorry for people that want to figure out the details first before considering saying yes. My wife has ALWAYS been supportive of whatever I do. When the pandemic hit, she was very understanding that I’d be at home, with no career, trying to figure something out. She was excited when I started doing the handy man jobs, and even more excited when I focused on treehouses. She has helped sculpt my new business plan and helped out with branding. The best part, she doesn’t question when I buy a new power tool! She’s so cool!!!