We had the good fortune of connecting with Erika Biddix and we’ve shared our conversation below.

Hi Erika, we’d love to hear more about how you thought about starting your own business?
After 12 years of working for a third party meeting planning company, my family had the opportunity to take a six month sabbatical in Canada. During this time, I was unable to work full-time, and had a much needed (but seemingly impossible) break from working 24/7.

We were able to prioritize our family over work for the first time during this time period. Returning to the US, we knew that there was a different way to work + live – and it started with redefining my work boundaries. In order to do so though, I would have to become my own boss.

The reset allowed me to set expectations with my clients that better fit how I wanted to prioritize the hours in my day. It’s still a struggle – as a people pleaser I can easily slip back into old habits. But the opportunity that entrepreneurship gives me to recalibrate as often as necessary is worth it’s weight in gold. 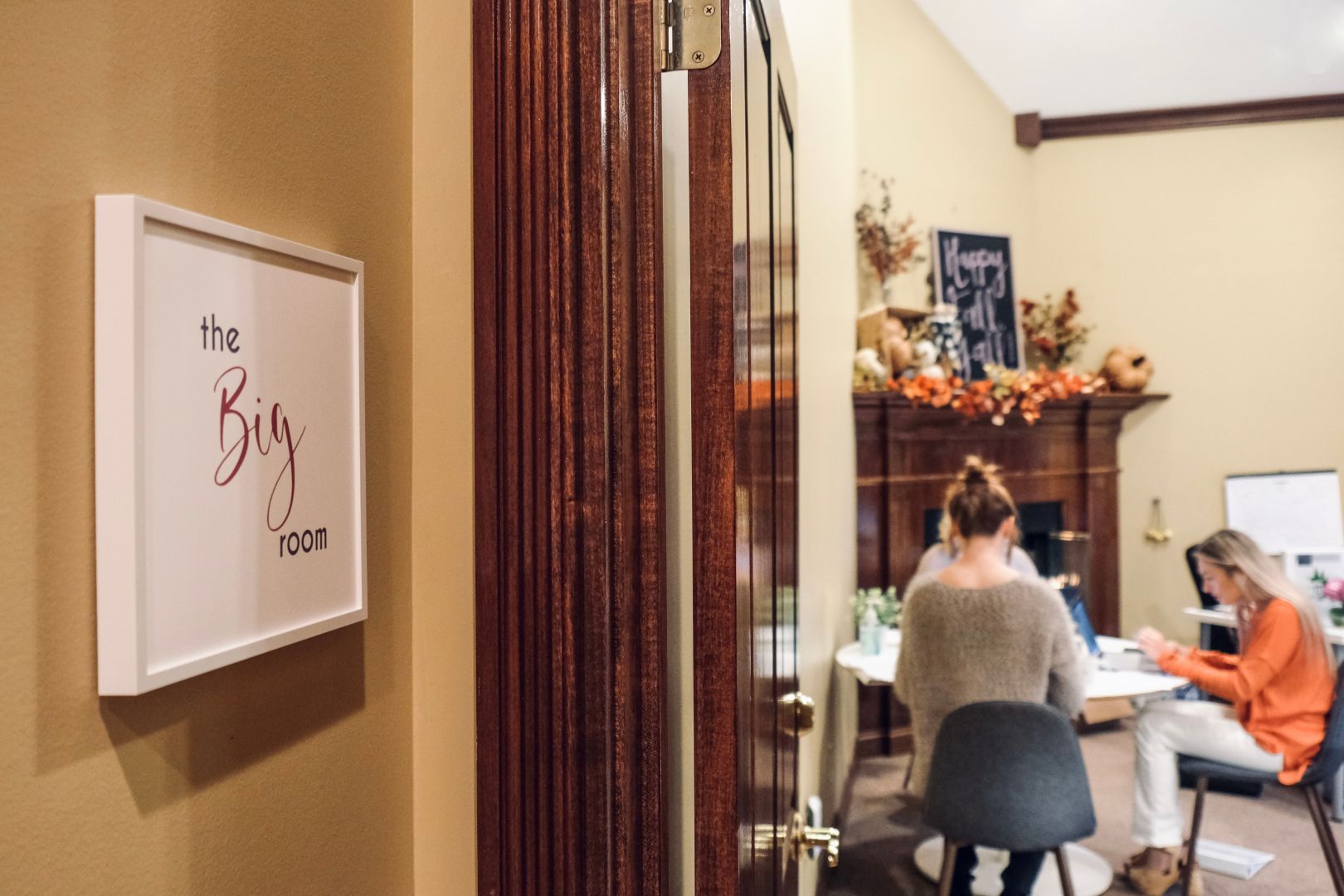 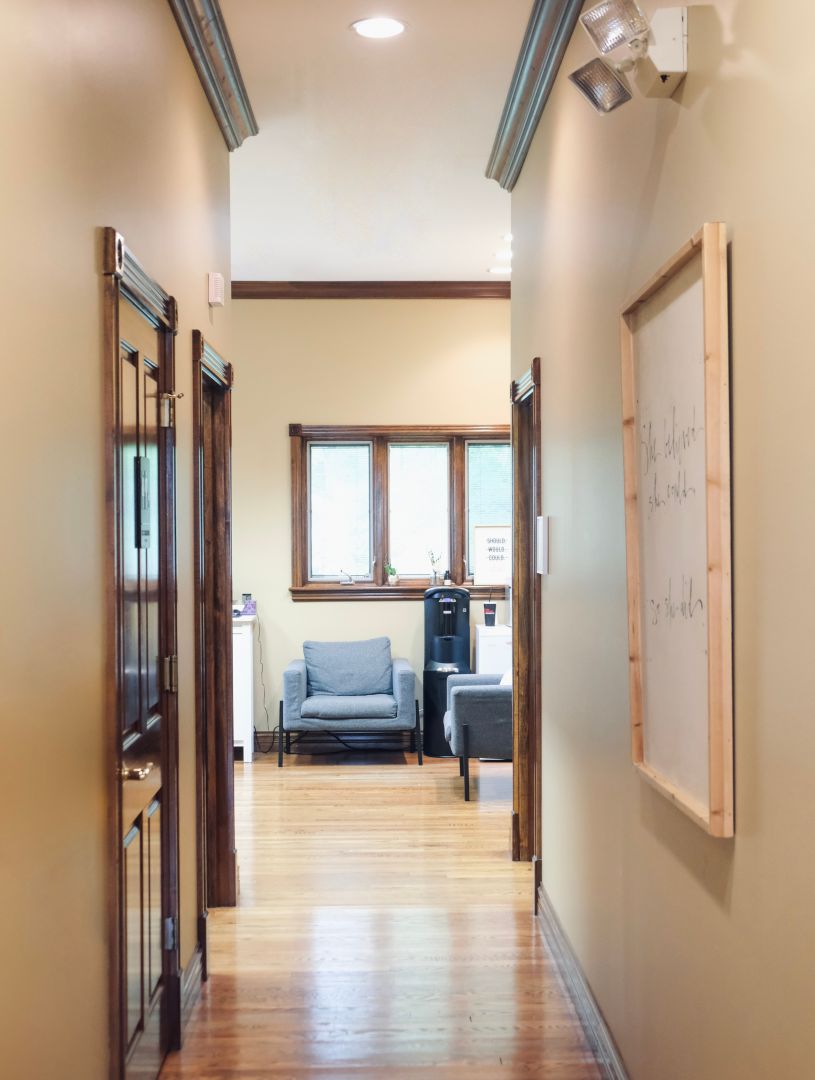 What should our readers know about your business?
I’m Erika – mom to 3 overly confident kiddos, wife to a college professor and corporate meeting planner for as long as I can remember. Several years ago our family had the chance to take a six month sabbatical in Canada, and that time changed my outlook on “work” in ways I never expected. The chance to slow down and re-evaluate our lifestyle, specifically the hours we were putting in at our respective offices, was a gift. I had the opportunity to see that there were ways to prioritize family and life over my job. For me, this meant striking out on my own and starting my own meeting and event company Biddix Meetings + Events.

In the years since I’ve become my own “boss”, I’ve met countless women who’ve felt the same calling, but didn’t know how to take the next step. Female entrepreneurship became my passion, and as a serial advice-giver, I found myself connecting women with resources, making introductions, giving nudges when asked, and straight up offering pushes off ledges when warranted. The common thread in all of this was seeing the power of women working together, even when they’re working on their own.

As I continued to run my business from local coffee shops, my kitchen table and the random desk in my bedroom, an idea started. Following a series of awesome encounters with other passionate women, an idea came to life. I’ll never forget the rush I felt to get all the ideas out of my head and onto paper before I forgot them. And while it didn’t feel like the “right time”, I started taking steps to get started. And all the women I’d given nudges to started to give them to me.

Like most other things I do, I plunged headfirst into the project. We found the PERFECT space. Cosmic introductions were made. And despite some obstacles, everything just WORKED. The power of community and bravery cannot be understated in bringing what was initially known as Girl Boss Offices, a coworking space for female entrepreneurs, to life.

We opened the doors in December 2019. Four short months later a global pandemic shifted the entire world, and we had just opened a business that required people to be physically in it to be successful. Or so we thought.

We used the time that our doors were closed to champion the wider female entrepreneur community in Knoxville. And in turn, found ourselves a community even greater than the one we were intentionally building. Community is always out there – it just sometimes takes a little elbow grease, time and purpose to find!

As our doors reopened and our desks filled, we continued to support the community at large. It became evident that GBO was at the center of a lot of connections being made, both within and outside our actual walls. We realized that maybe, just maybe, our initial mission was too small, and had unintentionally capped what GBO could become.

As we started to dream bigger, without limits, we made the decision to form a larger company – one where all that we had become could flourish. Along with excitement, it meant we needed to redefine who we were as a company – down to our name and branding.
It’s no secret, naming a company can be hard. We tried everything in the book. If there’s a name generator online, we tried it. We made lists, we put random letters together, we read the dictionary. Somewhere along the way, someone suggested archaic words. And one immediately stood out.

Webster’s has several definitions for the word aught. Two caught our eye.

As we read them, these two definitions merged and became one – Anything At All.

We are on a mission to empower women to build anything at all.

We believe women can do anything at all. We believe entrepreneurship can be for anyone at all.

We believe you can accomplish anything at all through entrepreneurship. 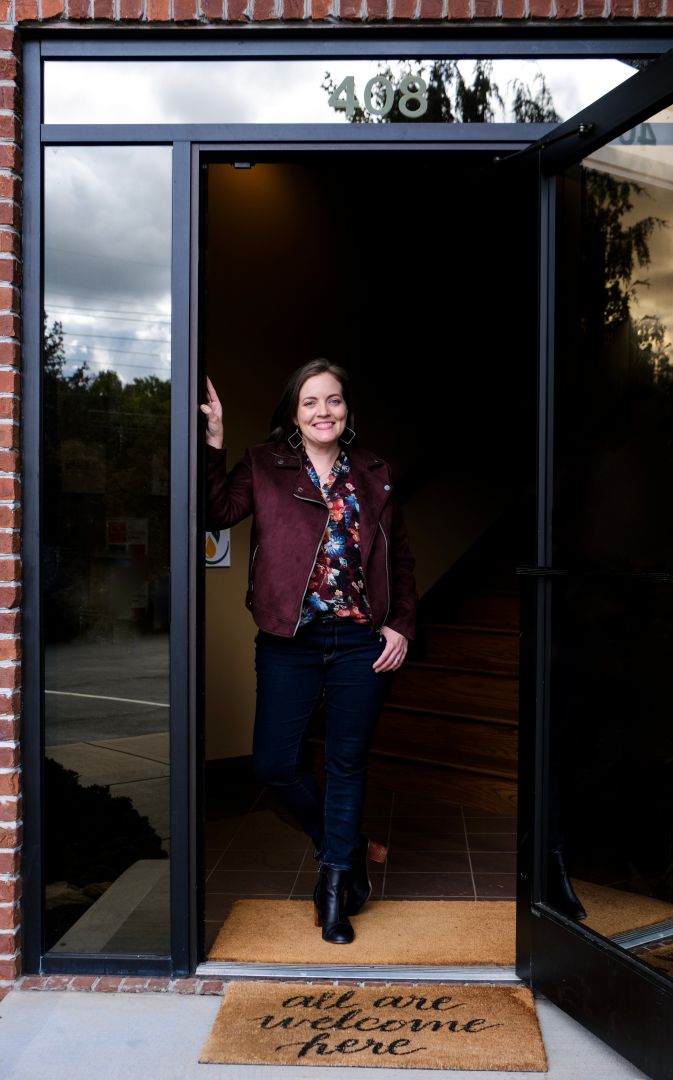 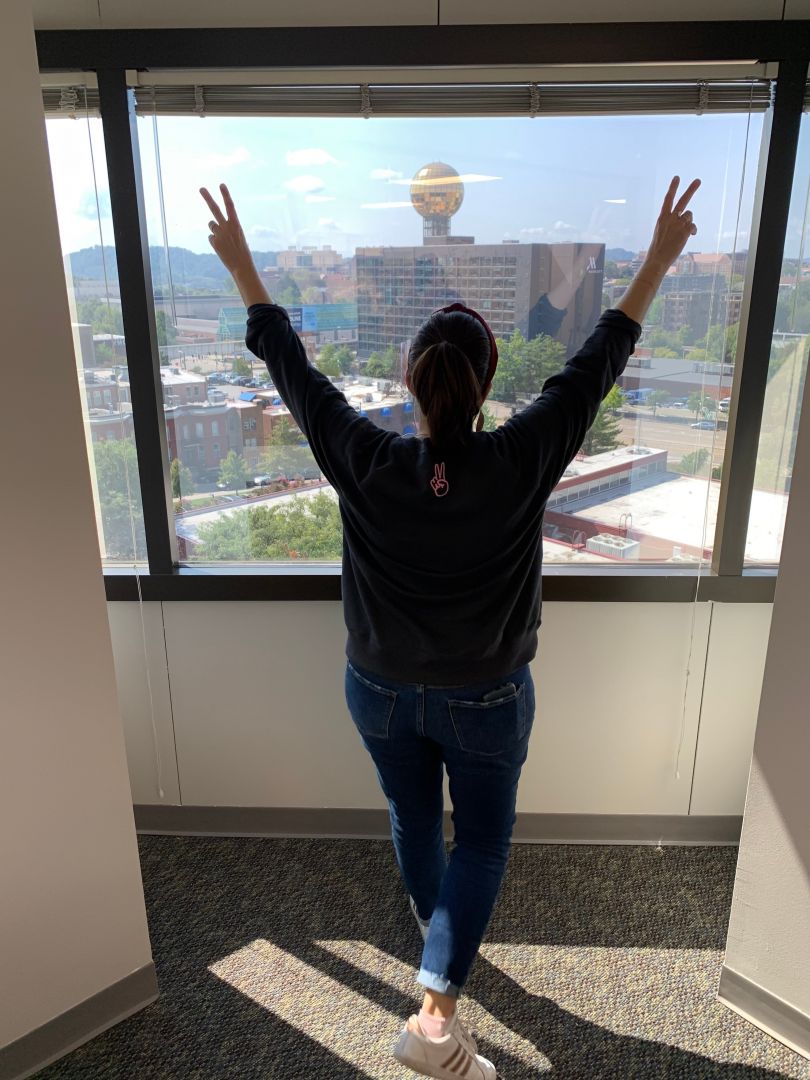 Let’s say your best friend was visiting the area and you wanted to show them the best time ever. Where would you take them? Give us a little itinerary – say it was a week long trip, where would you eat, drink, visit, hang out, etc.
If someone came to visit Knoxville, they better get used to hearing the words “there’s a woman who”, because just about every stop we made would start with that phrase!!

Knoxville is a hidden gem – often overlooked by some of the more popular cities surrounding us (Nashville, Asheville), we’ve got just as much to offer and at a lower price point to boot!

We need three days just to cover downtown – shopping at local favorites Bliss, Honeymouth, ACF Jewelry. We’ll take in the view at the iconic Sunsphere and strolling Market Square and the farmers market. There is plenty of snacking to be done between Proper Popcorn and Cruze Dairy (the best ice cream in the US!).

We’ll need to fit in three meals a day to hit all the best – fresh pasta at Osteria Stella, elevated farm to table at J.C. Holdway, bbq at SweetP’s and craft beer at Balter Beerworks, topped off by one of the many rooftop bars at Preservation Pub, Bernadette’s Crystal Garden and Scruffy City Hall. There will be a whole day dedicated to the new Marble City Market where local food truck favorites now have a permanent storefront in this foodhall (try Donut Theory first!) and touring the art galleries sprinkled around the Old City. We can even stop in Knoxville’s local distilleries – Post Modern Spirits and Knox Whiskey Works.

After the grand tour of downtown, it’s time to pop around Knoxville for fried chicken at Jackie’s Dream followed by dessert at Wild Love Bakehouse. There will be stops Southern Market to shop local makers, at the Happy Envelope to browse their beautiful letterpress paper goods and and into Tonya Rea’s tea shop for a quick break. If you’re more of a coffee person, the itinerary will include local stops like Honeybee, SouthPress, Remedy, Golden Roast, TreeTop, Likewise, Commonplace, Awaken and Mahalo.

We can exercise the grand food and drink tour away strolling Ijams Nature Center, and Meade’s Quarry, paddle boarding the Tennessee River or hiking/biking over 50 miles of trails in our own Urban Wilderness.

Full of amazing food, arms loaded with local shopping, legs tired from all of the outdoor exercise, we can retire at luxury properties found only in Knoxville – The Oliver (complete with it’s own speakeasy!) or the Tennessean. 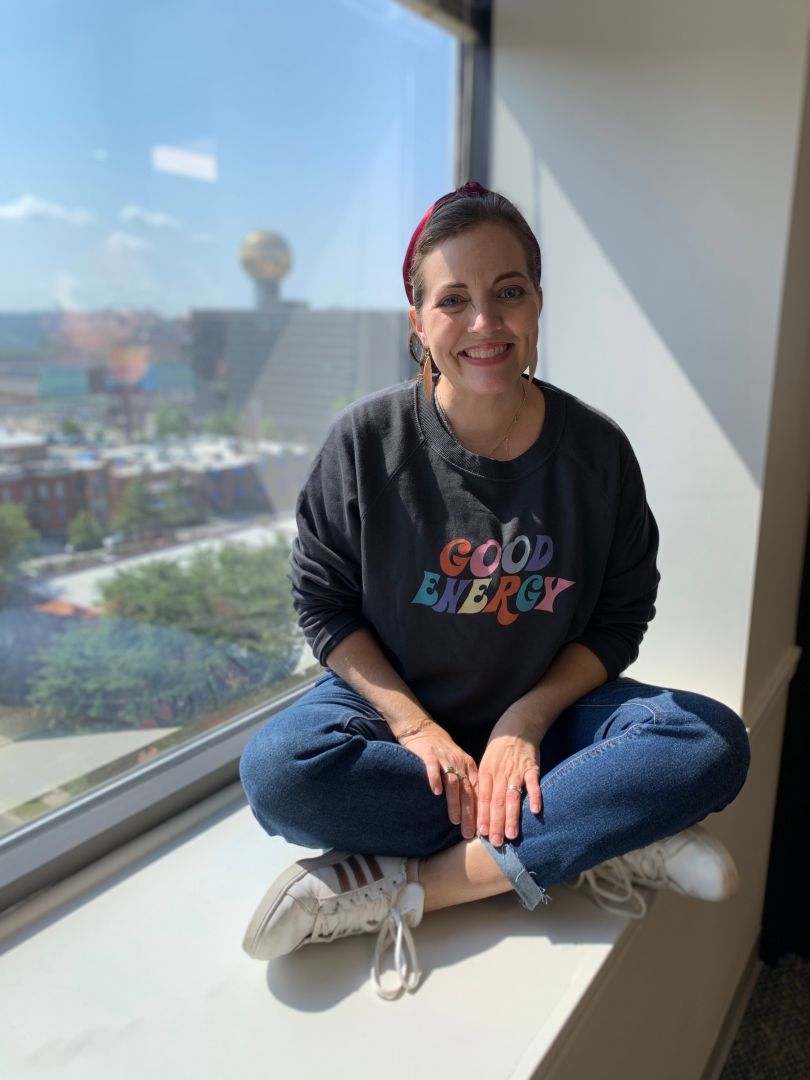 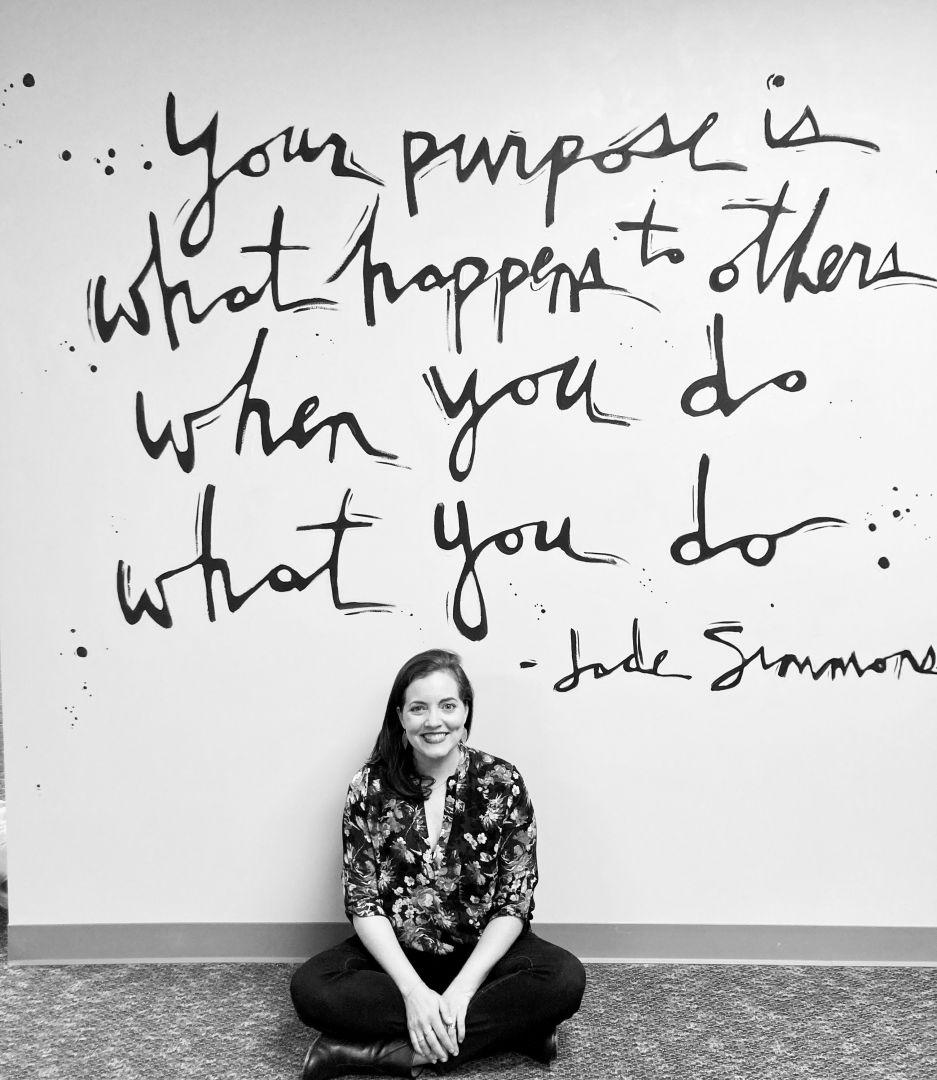 The Shoutout series is all about recognizing that our success and where we are in life is at least somewhat thanks to the efforts, support, mentorship, love and encouragement of others. So is there someone that you want to dedicate your shoutout to?
My story is full of support from friends, family, colleagues, mentors and chance encounters – and as I reflect, the majority are female. Two in particular stand out – Judi Holler and Jade Simmons.

Over sushi in Nashville, Judi asked me a question no one else ever had – “What is your passion?”

And to a crowd of thousands, Jade spoke the following during a keynote speech – “Your purpose is what happens to others when you do what you do.”

Both of these moments in time are important steps in the story that became Aught, LLC. 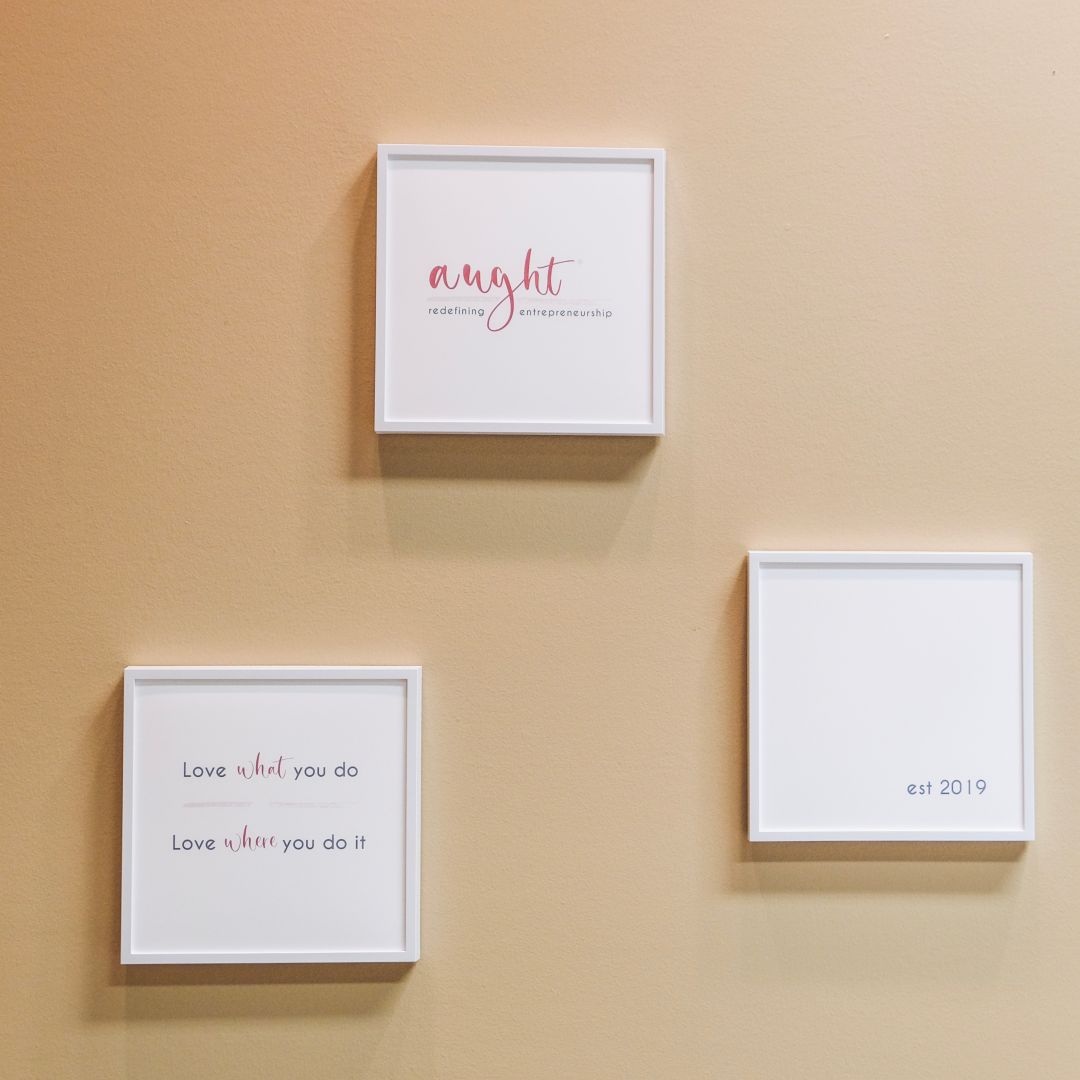 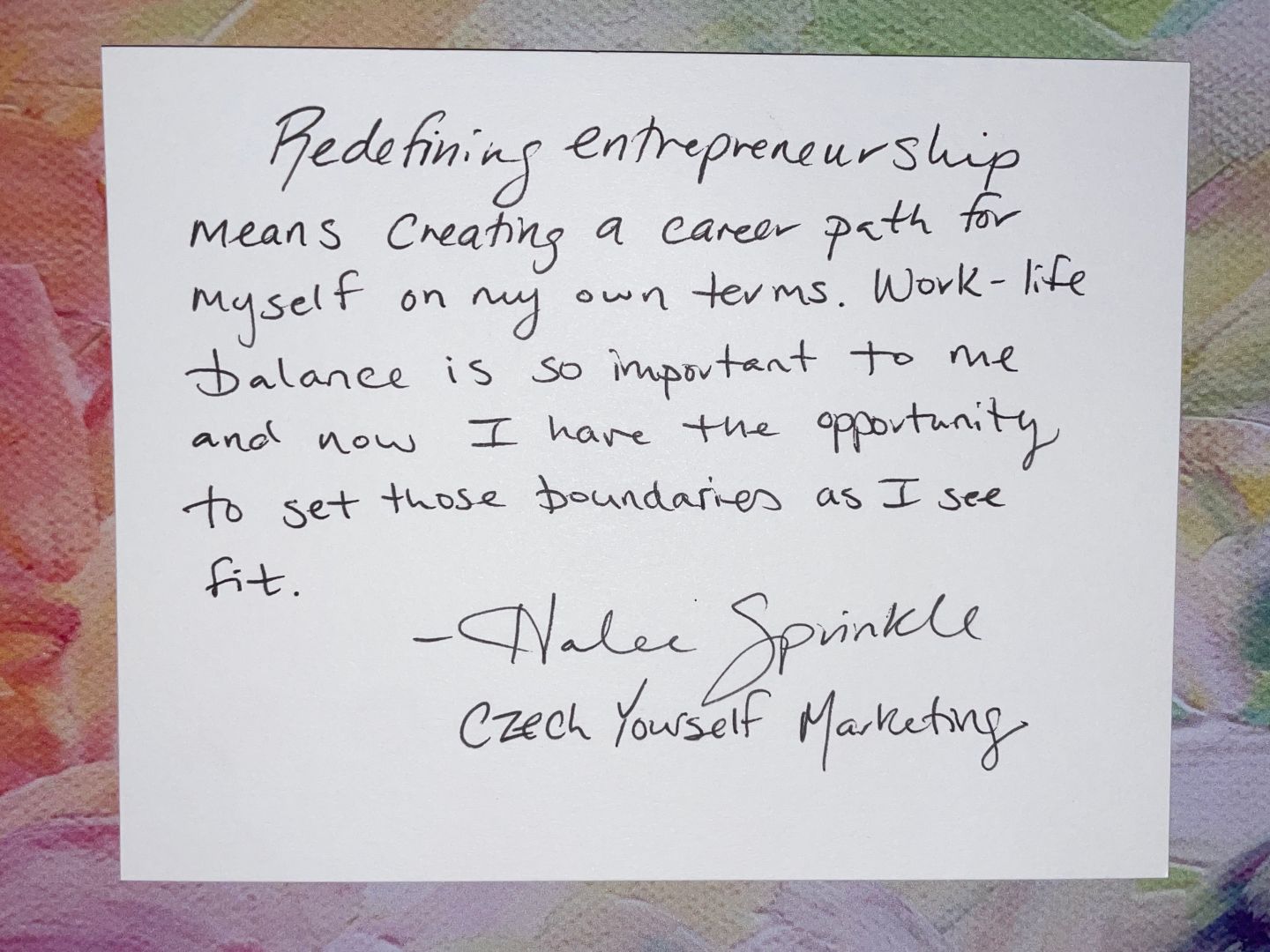