We had the good fortune of connecting with Ethan Hoffman-Sadka and we’ve shared our conversation below.

Hi Ethan, what was your thought process behind starting your own business?
It all sort of happened randomly. I had always been a little suspect of that ‘start a business’ aggressive mentality. It always seemed less passion and artistically oriented and more concerned with just making money. That said, I think I always had a back-burner dream of having a silly place to bring people together (a cafe/plant store/venue/bar/thrift store with skee ball). I didn’t think something would actually come of that goal til I was a bit older. I think between the chaos of the pandemic and hearing my pals from Kingston’s (Open Head) new album I just figured ‘why not?’ I guess I view it all more as a collective thing. If some of the artists can get paid to be doing what they love than why not. I’ll set up an LLC. Sure. 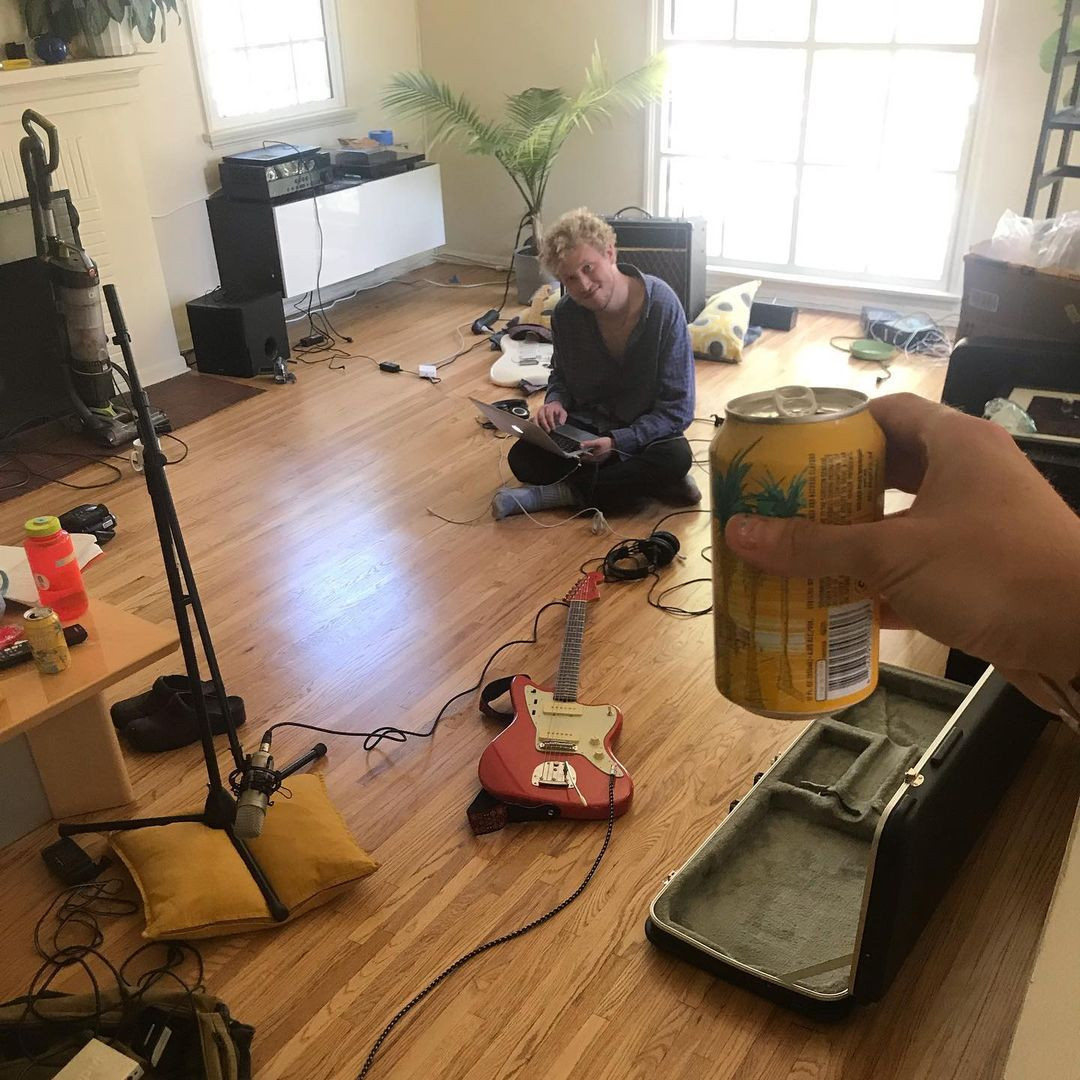 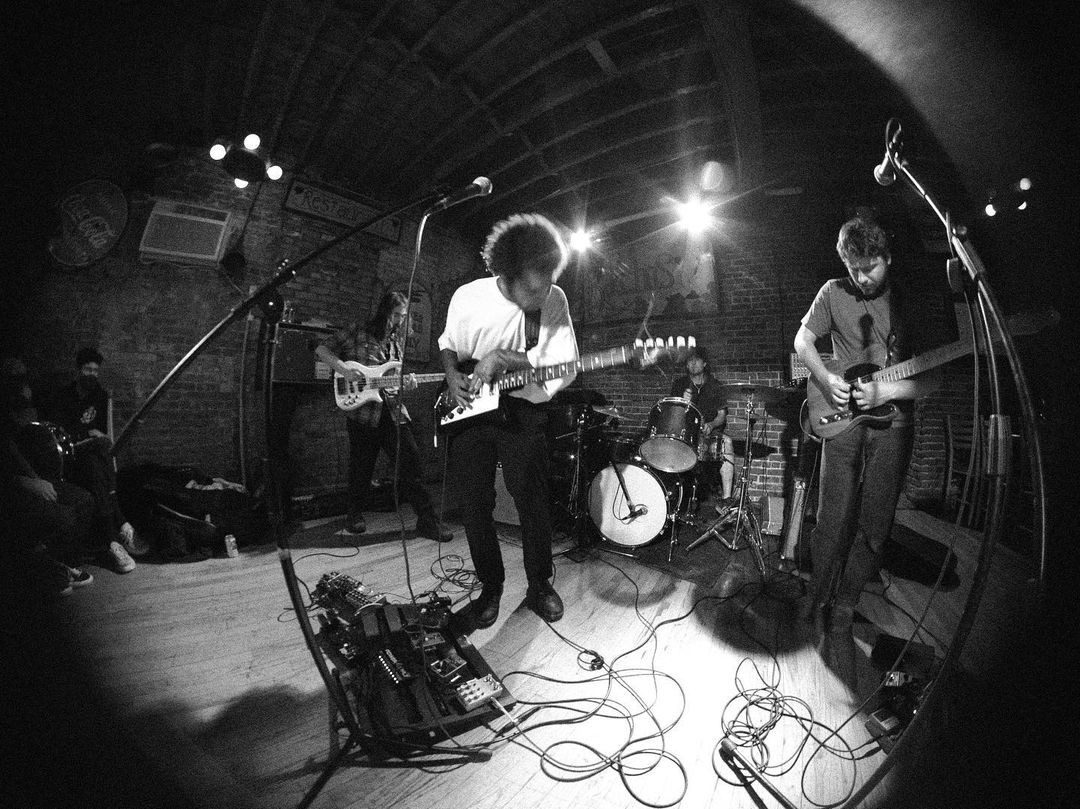 Let’s talk shop? Tell us more about your career, what can you share with our community?
It’s hard for me to talk about being an ‘artist’ without feeling like a snob. Maybe part of that is imposter syndrome. I dunno. It definitely has not been an easy run but I can finally appreciate how much that fact has shaped me and any art I produce or curate. I used to be way into making movies. Ever since I was a little kid I had a camera in my hand. I think I liked the aspect of documenting people and preserving memories. I grew up in New York City filming skateboarding which obviously informed a lot. It’s hard not to when you’re running around with a group of ten or more kids from all across the city. From an early age I’ve thought about how film and music go together. As I grew up a little I was more intrigued by narrative film. I had a few years doing that with some success but eventually I felt jaded to it all. I think I was always really mystified by music, musicians but I had no personal experience. I picked up a guitar for the first time 6 years ago and was incredibly terrified. I was sure I was late to the game and sometimes I still feel that way. That said, I still feel that initial passion I had as a kid coming across in a lot of the music I work on today. I’m very literal with lyrics, for instance. It’s hard for me to imagine all these made up characters when I’ve met enough real people that are crazy enough (myself included). I try do what I can with that reality I suppose. 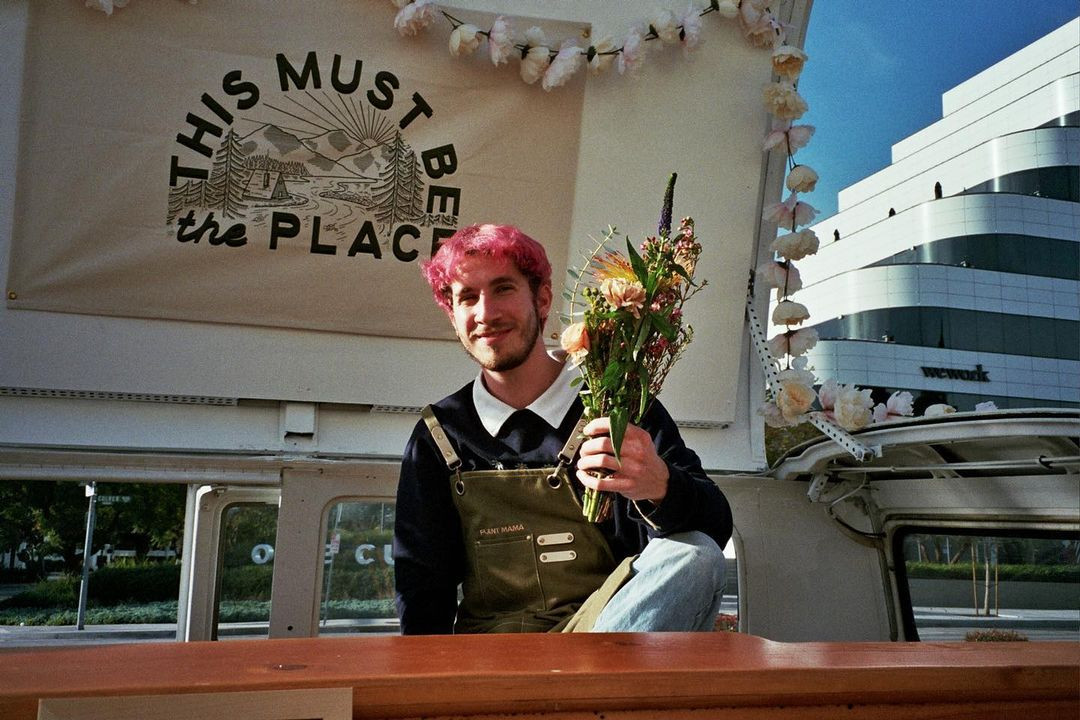 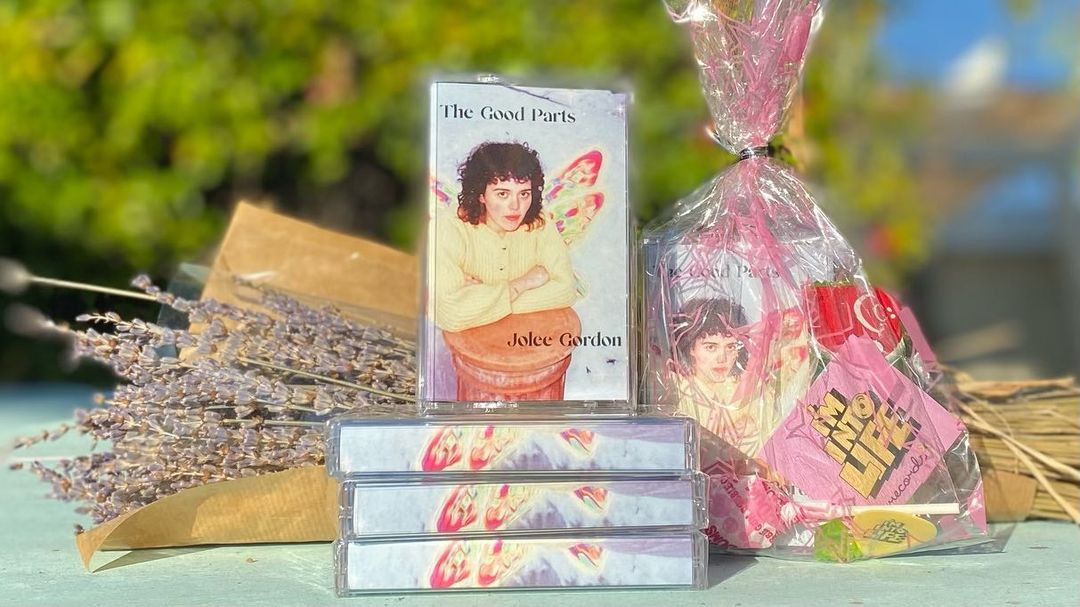 If you had a friend visiting you, what are some of the local spots you’d want to take them around to?
I live on the west side. Though I still feel very new in this city, I often like taking folks to Toe’s beach. It’s a more low-key spot. You can grab a coffee at Tanners and walk to the beach from there. Decent people watching. Then you can circle back through random side streets for more intimate conversation. It’s a nice balance of everything I like. Also Dusty Records is cool. And you can often find me at Stories books and coffee in Echo Park with my cat, Bug. 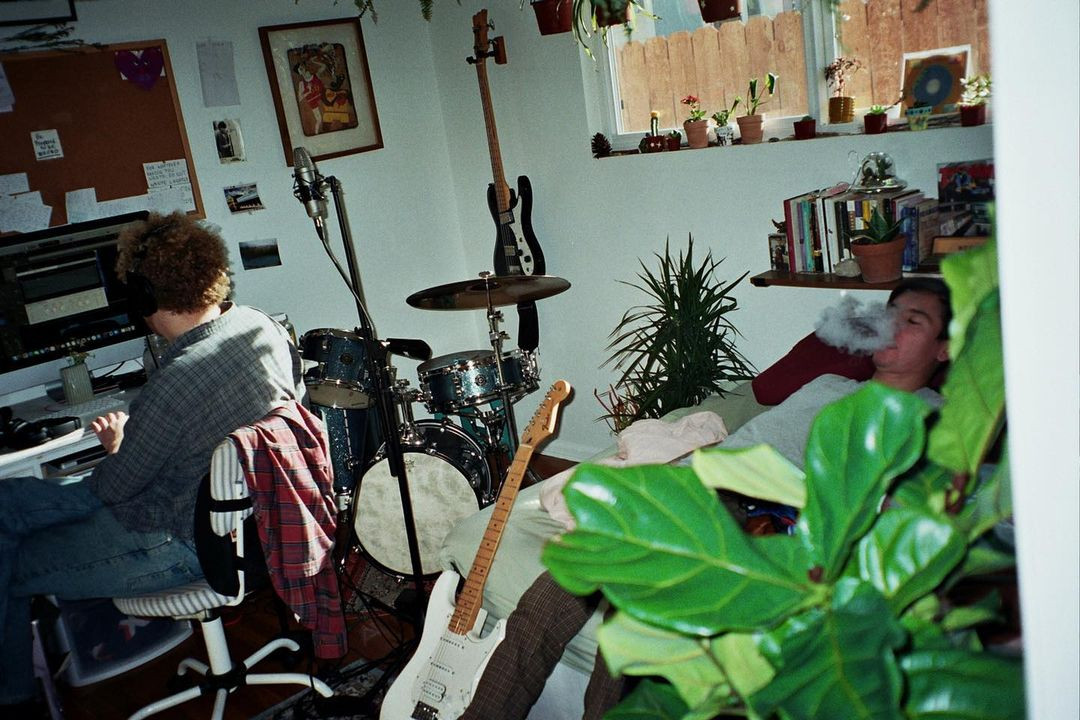 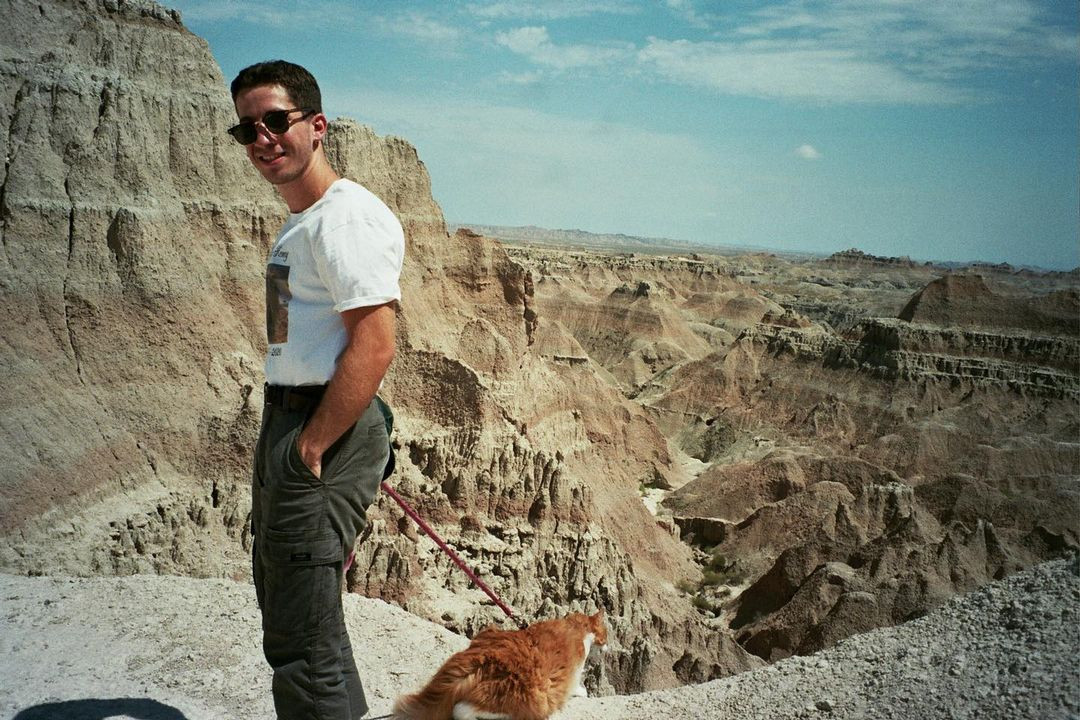 Who else deserves some credit and recognition?
I wouldn’t know where to begin with giving shout outs. I like to think everyone I’ve met, loved, hated (haha), lost and so on has been a huge part of my experience. Definitely wouldn’t be here without my mom. Broke single mom from Queens who has done everything she could for my brother and me. I am always still surprised by her intensity, generosity and love. My music partner and best friend, Adam Weddle, definitely deserves one. He’s one of the kindest, most talented people I’ve ever met. He hails from Missouri and we met in Boston and started getting into the same music together. Flash forward a few years and we’re making music together pretty regularly. You always need someone in art you can trust without question. He’s my sounding board and motivation if I have a riff that I might get bored of on my own. He balances out my intensity sometimes, which I think I really need.
I know I’m faltering here a bit but I guess that proves my point- shoutout to my pals in Kingston, New York- Jared Ashdown and Brandon Minervini. They’ve taught me a lot of the things I know. I was a twenty year old who just moved to the area at the time.
I was pretty low and barely knew my way around a guitar. I’ll never forget all the long country drives we took, ostensibly doing nothing but smoking spliffs and listening to Duster. It’s nice to be working with them in a more productive context these days and I feel like we’re all doing what we hoped we might be doing one day.
Also, Elliott Smith, who I never fail to talk people’s ears off about. His music has always been there for me. Most importantly, he was a good, kind person. 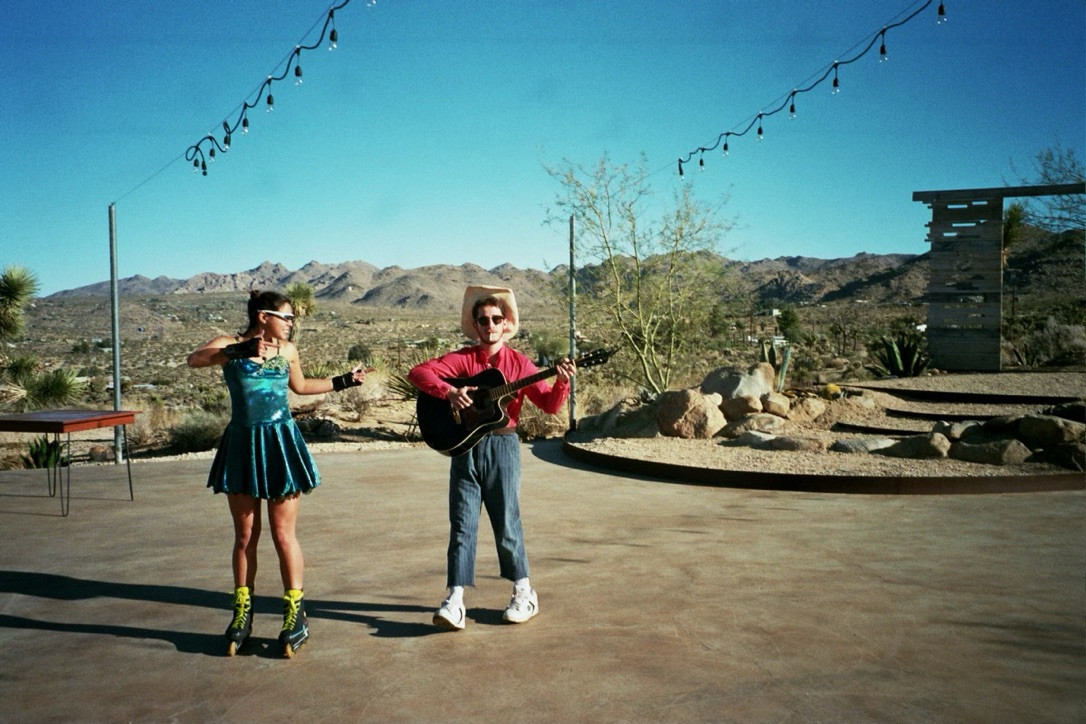