We had the good fortune of connecting with Evan Rosenblatt and we’ve shared our conversation below.

Hi Evan, can you share the most important lesson you’ve learned over the course of your career?
The most important lesson I’ve received time and again is to not get too attached to outcomes. I grew up an ambitious person, and as one might expect, goals were a huge part of that. They certainly have been helpful, at times, to determine an aim and set foot to a path, but I’ve learned that my gut tends to be a better compass than my head.

One example that comes to mind is a period in time where I found myself at a cross-roads working in a dance company. I was climbing my way up the ranks, while trying to grow my skill set. However, life was handing me all kinds of messages such as injury and emotional distress, to name a few. I was clearly out of balance and hung up on a goal, stuck on what seemed like the only linear path I could follow to get there.

I couldn’t tell you the exact moment I started to question that conviction, but that’s probably because it happened gradually. After the distress passed a certain threshold, there was a breaking point, and at that point came the beginning of many long-held illusions shattering. What followed was a long journey that felt like backing away from an insurmountable wall and taking a “detour.” On this path, there wasn’t a clear vision of the destination. I had to learn to follow instinct and feeling, rather than theory and game plan.

That rerouting ultimately led me to where I am now, and I’m certainly better for it. It reminds me of a famous quote “Don’t mistake the bunker for the palace.” I can’t remember what book that is from, but as I look back, I realize that I got a little lost, hung up on an identity and wanting to be recognized and accepted for it. The more I get to teach and talk to people, the more I find that this universally resonates, especially with people pursuing artistic careers. 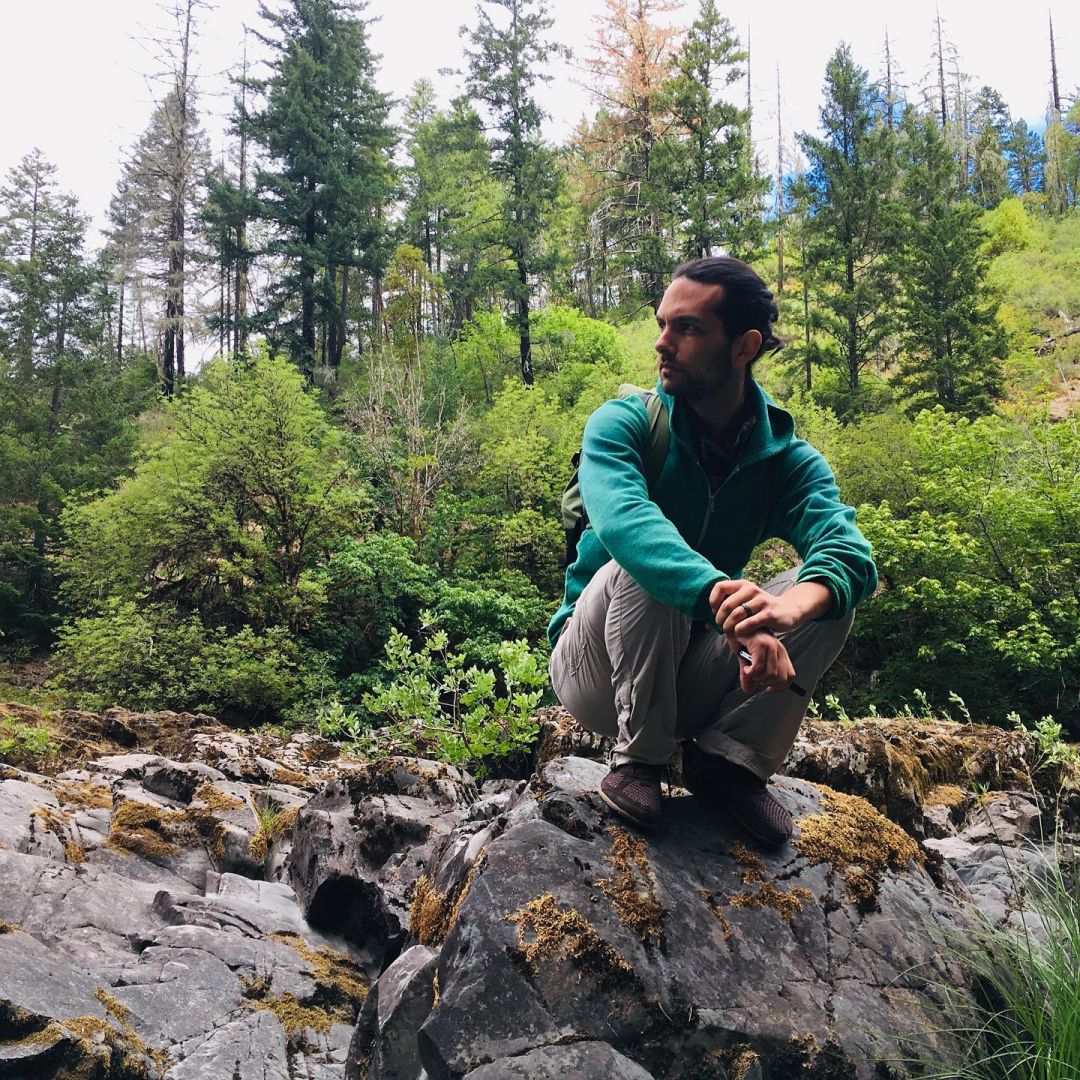 Let’s talk shop? Tell us more about your career, what can you share with our community?
My work spans multiple fields. I’m a dancer, choreographer, educator, and holistic wellness strategist. The common thread between these roles is the use of movement and well-being as a catalyst for connection-to self and other. I grew up loving movement. As I reflect, I’m grateful to have spent most of my upbringing, predating cell phones (or at least, the potential distractors they would later become). Most of my time was spent moving, often outdoors – alone, with friends, and with family. I played organized and street sports, adventured in the mountains, lost many days to the local beaches, had a few brief stints in the martial arts, and even mildly tested dance. Ultimately, I was most serious about Baseball with aspirations of pursuing it in college before an injury (one of life’s messages) had other plans for me at age 18. While entertaining, that story was detailed in my other Voyage LA interview, so I won’t go there now.

In college, I earned my undergraduate and graduate degrees in both Kinesiology and Dance. After graduating, I went on to dance for various companies while also honing my creative voice with choreography. I started teaching at university while also developing a movement curriculum for a Waldorf High School. In truth, a lot of that “non-dancer” work was motivated by making sure I had an income. However, it’s my nature to throw myself into whatever I do and those work experiences turned into blessings that have shaped me immeasurably. Being a good teacher requires attuning to others while also understanding how to leverage a moment, skills that have only enhanced my offerings as a performer, creator, coach, and human being.

My private practice is called “The Conscious Dancer,” which is an outgrowth of my personal movement, dance, and wellness practice. I teach university classes as well as open workshops under that banner while also working privately with people from all walks of life who are seeking ways to understand and grow their movement skills while enhancing total well-being. I’ve had the privilege of working with elite dancers and athletes looking to move past a point of “stuck-ness,” elderly people looking to regain a sense of physical empowerment, and young adults looking to actualize their dreams.

While the work looks different depending on who it is tailored for, it generally involves analyzing movement and lifestyle habits, reconnecting with nature, restoring a sense of wholeness/nervous system balance, and implementing strategies that lead to self-sufficiency.

My work with “The Conscious Dancer” also informs my work as a dancer and choreographer. I create and perform my own work under the name Evan Rosenblatt & Artists which is a project-based vehicle with work spanning choreography for stage, film, lens, and site. My wife, Bethana Rosenthal, plays an integral role in that as well. She’s been a main collaborator for 13+ years now, and I’ve been blessed to have a partner that shares so many of the same values, philosophies, and passions. I also dance in other companies and individual choreographers’ works on a project basis. 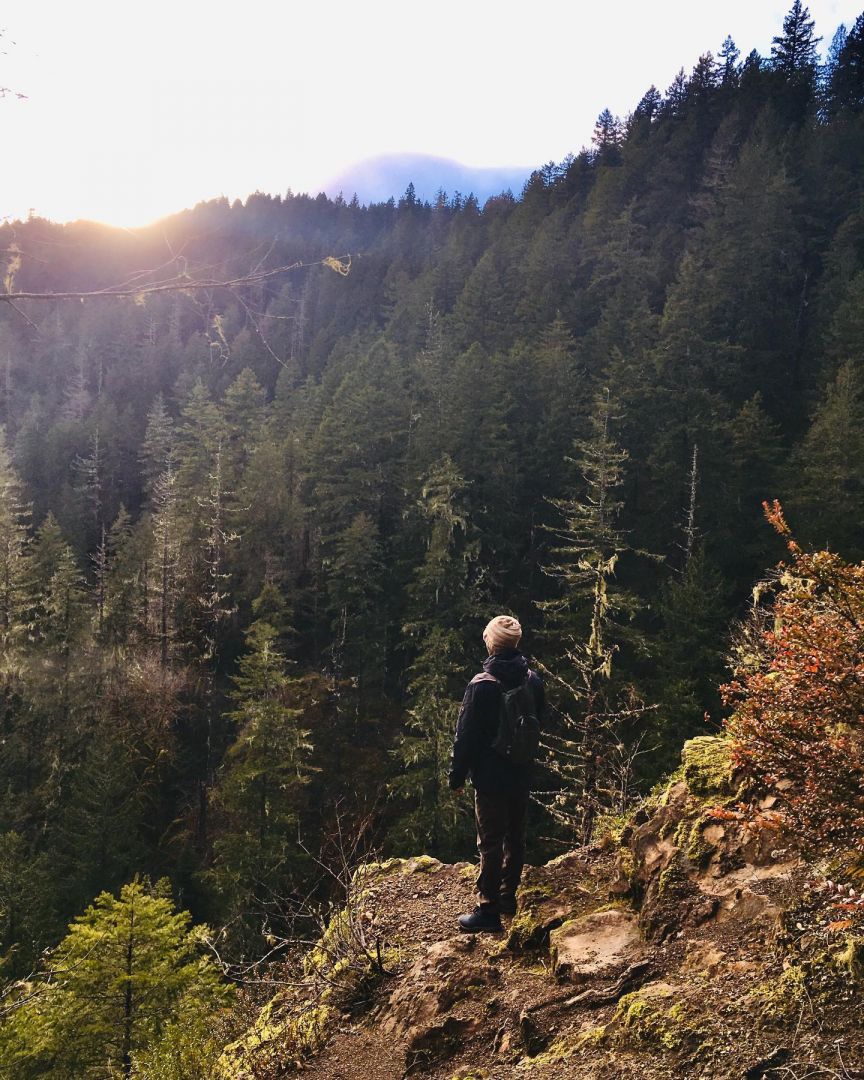 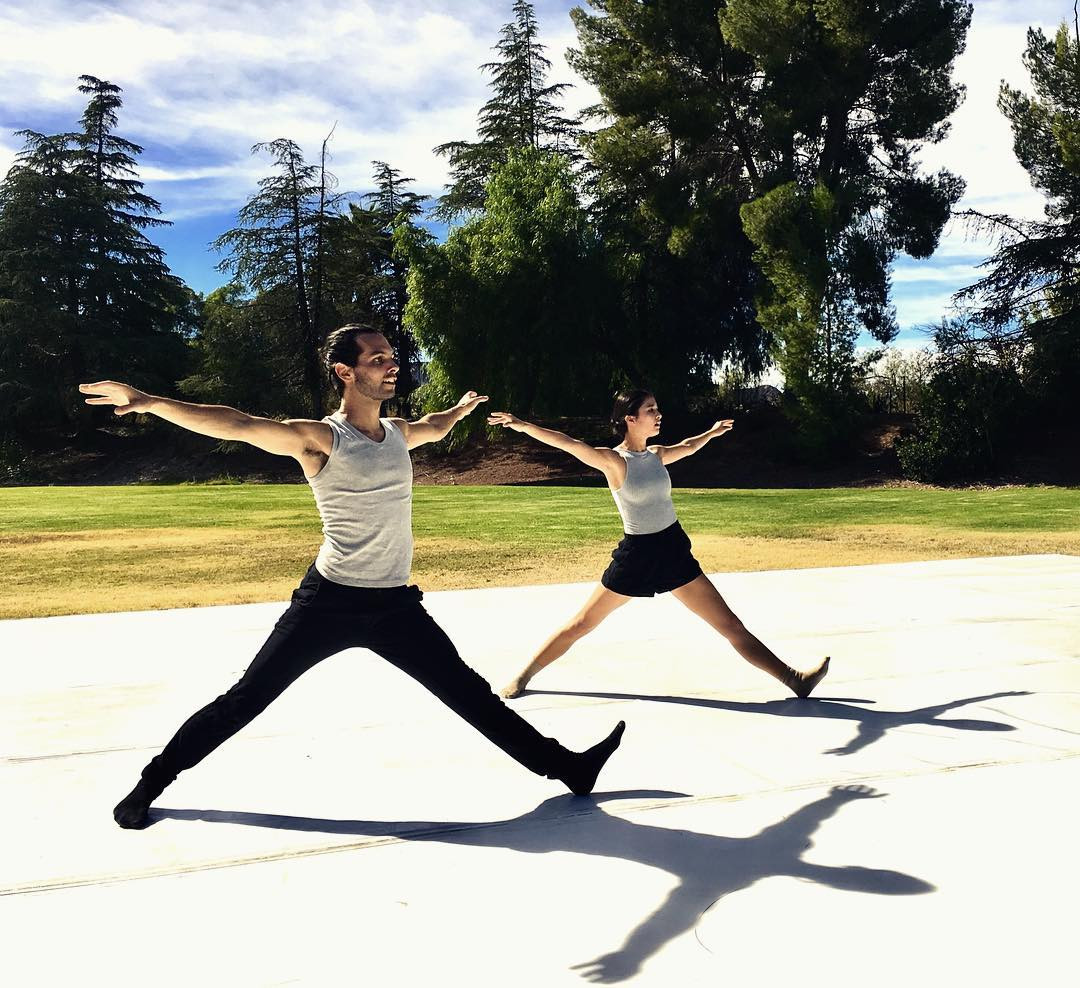 Any places to eat or things to do that you can share with our readers? If they have a friend visiting town, what are some spots they could take them to?
I suppose the “best” time ever is subjective. But in designing a week, I would try to balance the experience with fun stimulating experiences and grounding/relaxing ones. Current L.A. can be a very hustle-oriented place. I have always felt a nostalgia for the old L.A. depicted in motion pictures from the 70’s such as “Heaven Can Wait” where we see more balance between development and nature.

In that spirit, I’d start by planning a hike along the Angeles Crest National Forest that included an active waterfall and lots of greenery. To get a different look, I’d also plan a hike through the Rocky Peaks of Chatsworth. We also have some beautiful gardens out towards Pasadena such as Descanso, Huntington, and the Arboretum, and I’d aim to hit at least 2 of those.

As far as indoor spaces go, there are loads of performance spaces as well as museums, some well-known, some more underground. It would depend what was showing while they were here, but I’d try to hit one of the local museums (MOCA, LACMA, or the Getty) depending on what my friend was interested in most. As an avid music fan, I’d try to make some time for a stop at Amoeba Music, especially if I could coordinate it with a live set.

Food is a huge part of my life. My wife and I are avid foragers, chefs, and students of local wild cuisine. We also support and frequent local farms whenever possible. As part of a food experience, I would take them to one of Pascal Bauder’s local foraging or fermentation workshops. Pascal is an internationally recognized wild foods expert, and a little-known treasure to Southern California. I’d also visit some local farms such as Underwood Family Farms to get some great produce for my wife and I to cook. Whenever we do have friends in town, we like to get them involved in the process. Nothing bonds, like making meals together and like the Olive Garden totes “When you’re here, you’re family.”

I would also plan a couple of trips to restaurants to get out and taste more variety. H.O.P.E. Café is a vegetarian place in Studio City. Amazing Siam is a great hole in the wall Thai spot in Chatsworth. Maru’s is our go to sushi bar, and Chi’s is a Chinese fusion restaurant in Northridge. 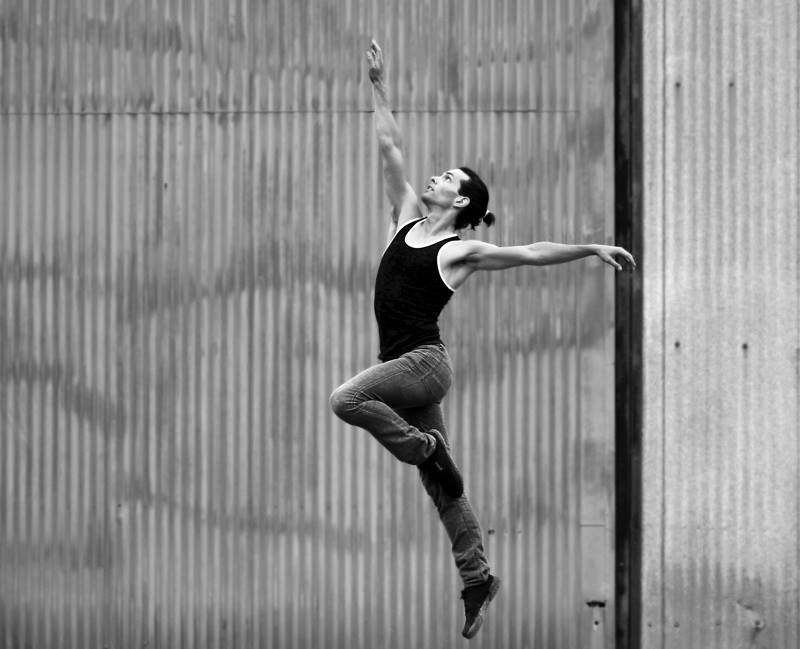 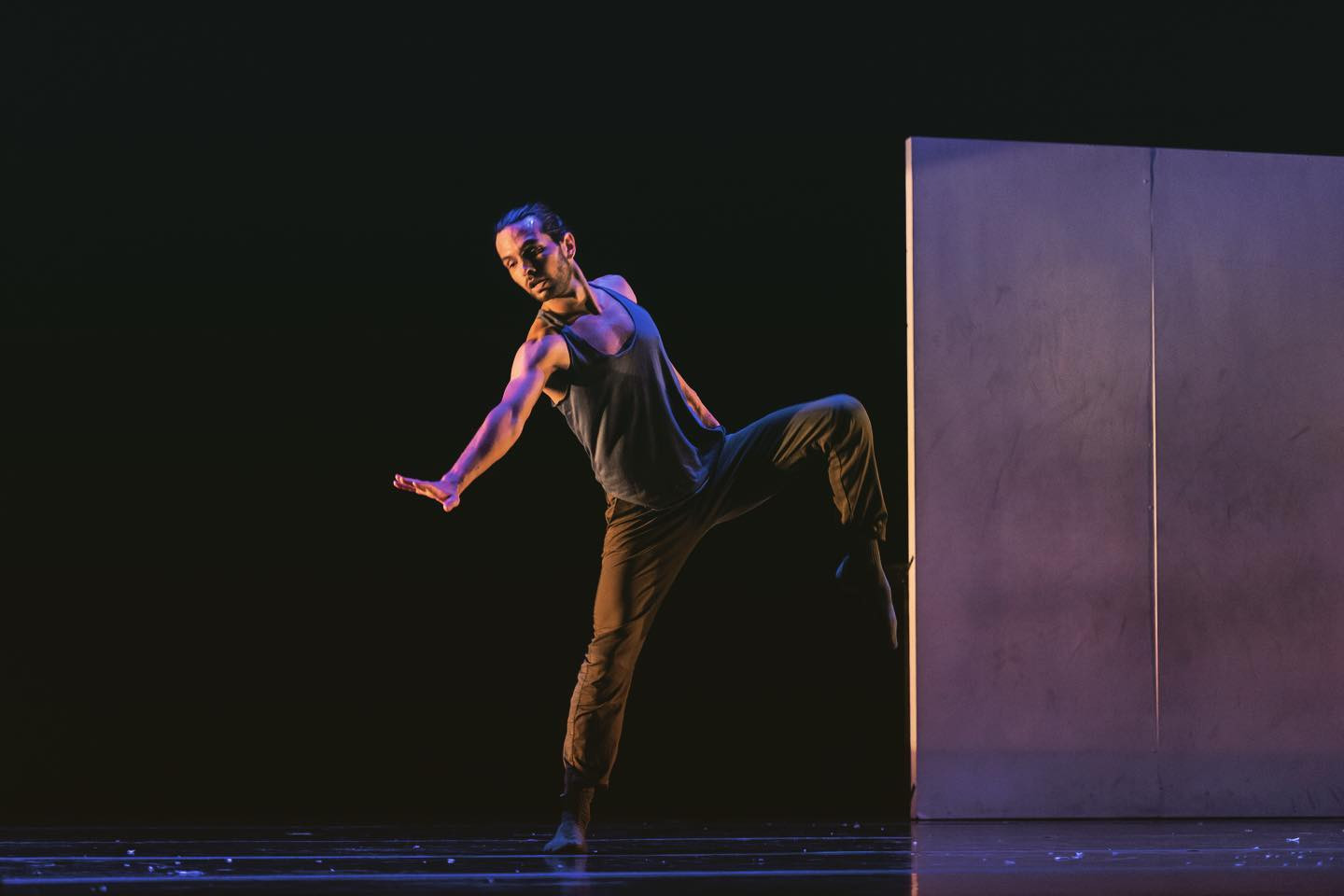 Who else deserves some credit and recognition?
Who I am, is a direct result of who I’ve been in relationship with. No accomplishment is my own. It begins with my parents who through commitment and sacrifice, did a masterful job at setting both my sister and me up with the skills and values to live a happy and healthy life full of gratitude, passion, and love. They encouraged both of us to reach for the clouds while keeping our feet firmly rooted into the ground. Speaking of my sister, Emma’s support and partnership has always been a bright light in my life, both personally and professionally.

My relationship with my wife, Bethana is one fit for a Hollywood Drama. An unlikely pair at the start, we have grown together for almost 14 years now, raising each other up in every possible way; as artists, dancers, humans, spirits, and friends. What I’ve learned from her is immeasurable, but none of it more important than how to love.

I’m eternally grateful to all the teachers and mentors, both formal and unexpected who have popped into my life in just the nick of time to steer my path to where it has gone. There are way too many to name, but a few include the woman who first unlocked the door to the world of dance for a teenage boy who was in a major life transition, Paula Thomson. Then there are all the teachers who have spent countless hours helping me to quench my thirst for whatever they were serving up such as Erwan Le Corre, Alex Ketley, Alejandro Cerrudo, Eric Franklin, Mindy Myers, Laurence Blake, Cynthia Young, Luis Turcios, Tom Waldron, and way too many more to name. There is one particular man who in a particular down period in my life, swept in and opened my eyes to the beauty and magic of the world that has influenced all of my work be it in the fields of art, science and other, David Adams.

As an avid reader and researcher, I think of all the people who I’ve never met but, whose words have created shifts in me. It’s overwhelming when you start to recognize just how interconnected the web of life truly is. 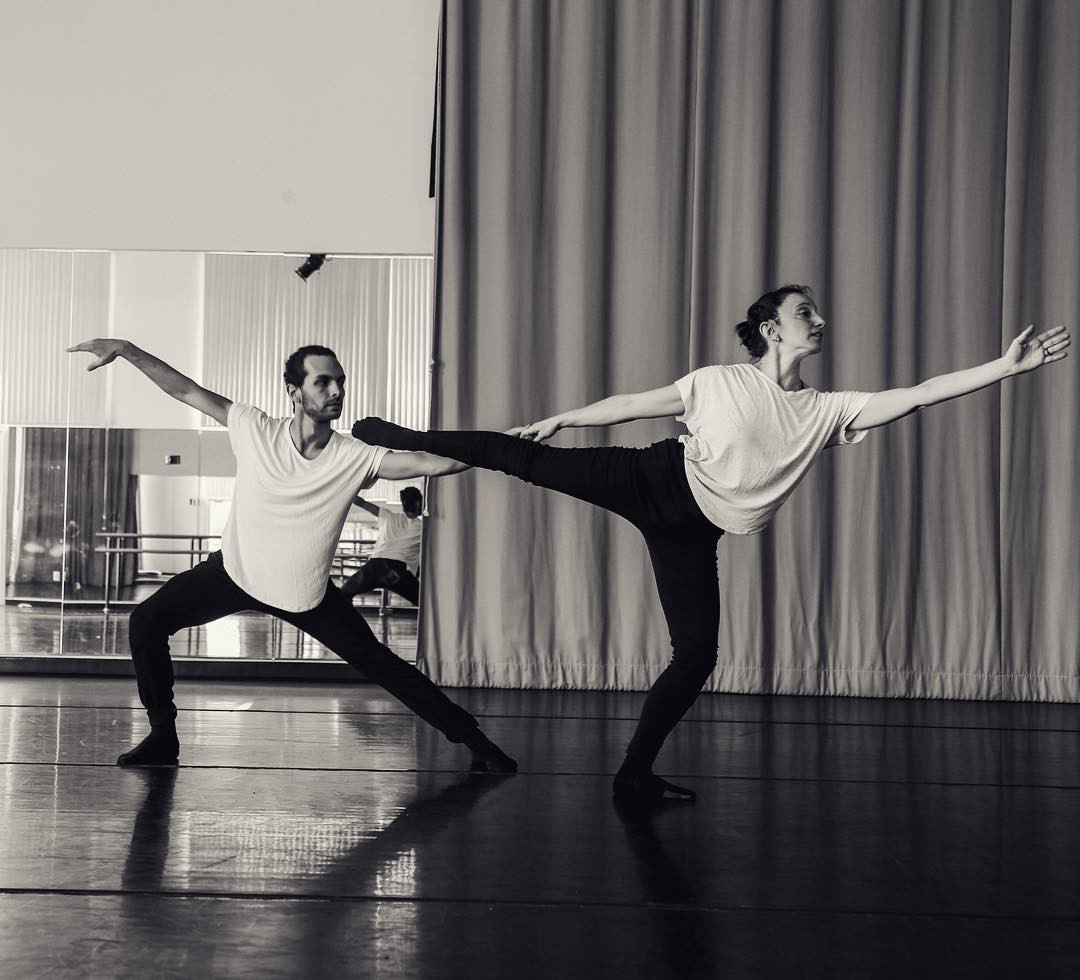