We had the good fortune of connecting with Francisco Lorite and we’ve shared our conversation below.

Hi Francisco, what role has risk played in your life or career?
Risk is somewhat relative, isn’t it? What I might consider dicey and what someone else might think is straight-up nuts, could be worlds apart. Each year on my birthday, for example, I do something I’ve never done before (usually something that scares the bejeezus out of me), and most of those new experiences involve some level of risk: horseback riding in the mountains, parasailing, walking with a pack of wolves, etc. But I’m positive that, when I jumped out of that shockingly small plane and screamed all the way back down to Earth, for 14,000 terrifying feet at 120 miles per hour, the skydiving instructor who was strapped to my back (and who was wisely put in charge of pulling the cord so we could land safely), did not even fret for a second. Parachuting is part of who he is. It’s his passion and he couldn’t imagine his life without it. He feels lucky to be able to do it. And so, for him, that particular risk is relative, right? The reward outweighs the danger. I feel the same way about my career as a writer-director. I’m lucky to be able to do it. Sure, the path I’ve chosen is littered with huge obstacles and, sometimes, resounding failure; it’s paved with frustrations, delays and the wrappings of every kind of unhealthy on-set snacks that craft services can muster; but it also allows me to meet extraordinary artists and travel to places I would’ve never thought of visiting, while learning a few things about myself along the way. It gives me the chance to connect with people from every walk of life, tell them a story or two and, maybe, entertain them for a moment or two. The only true risk, for me, would be getting to the end of my life and realizing that I was too afraid to do what I was meant to do. Even if, occasionally, that involves leaping out of a perfectly good airplane and into the scary void. 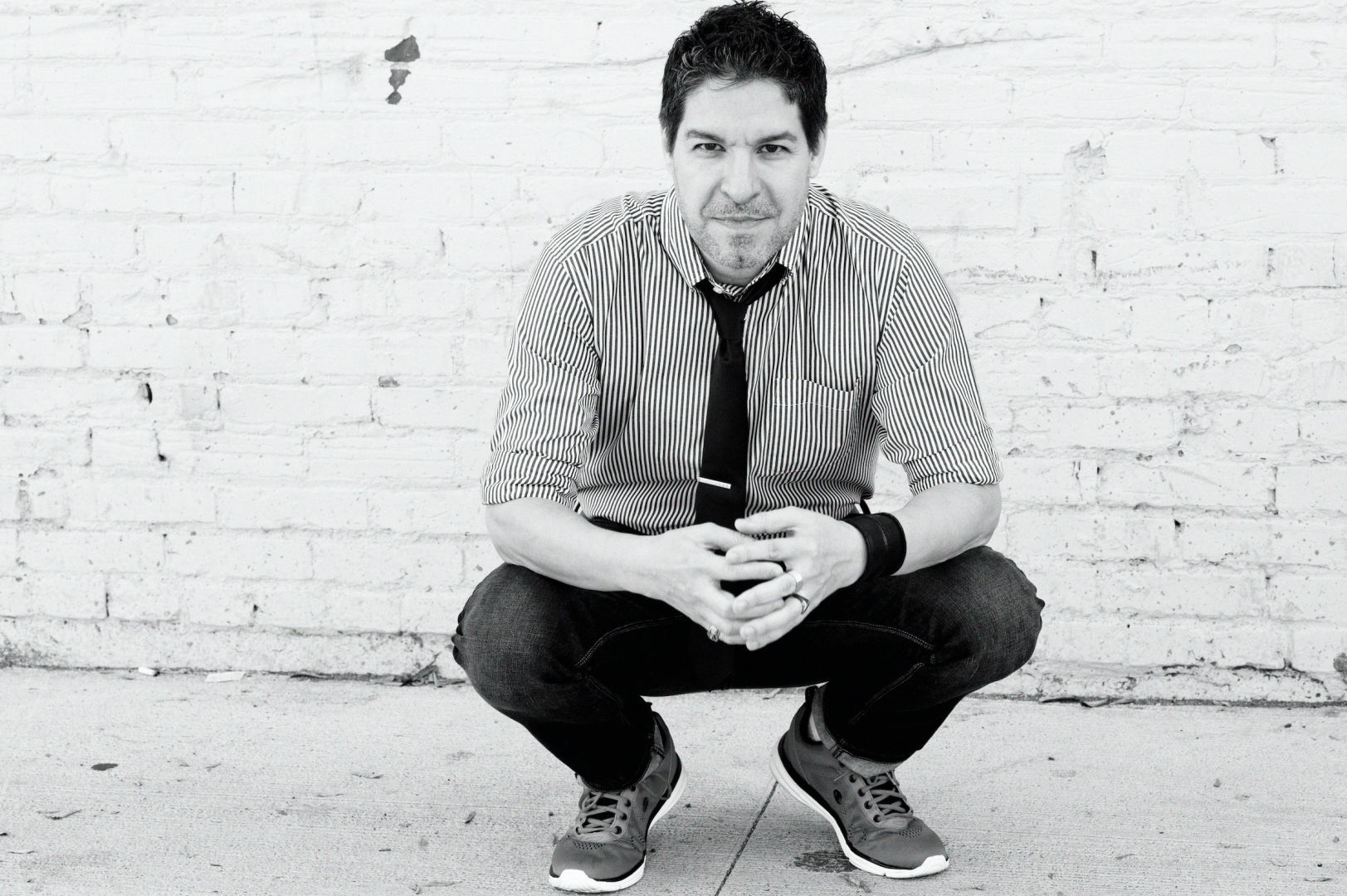 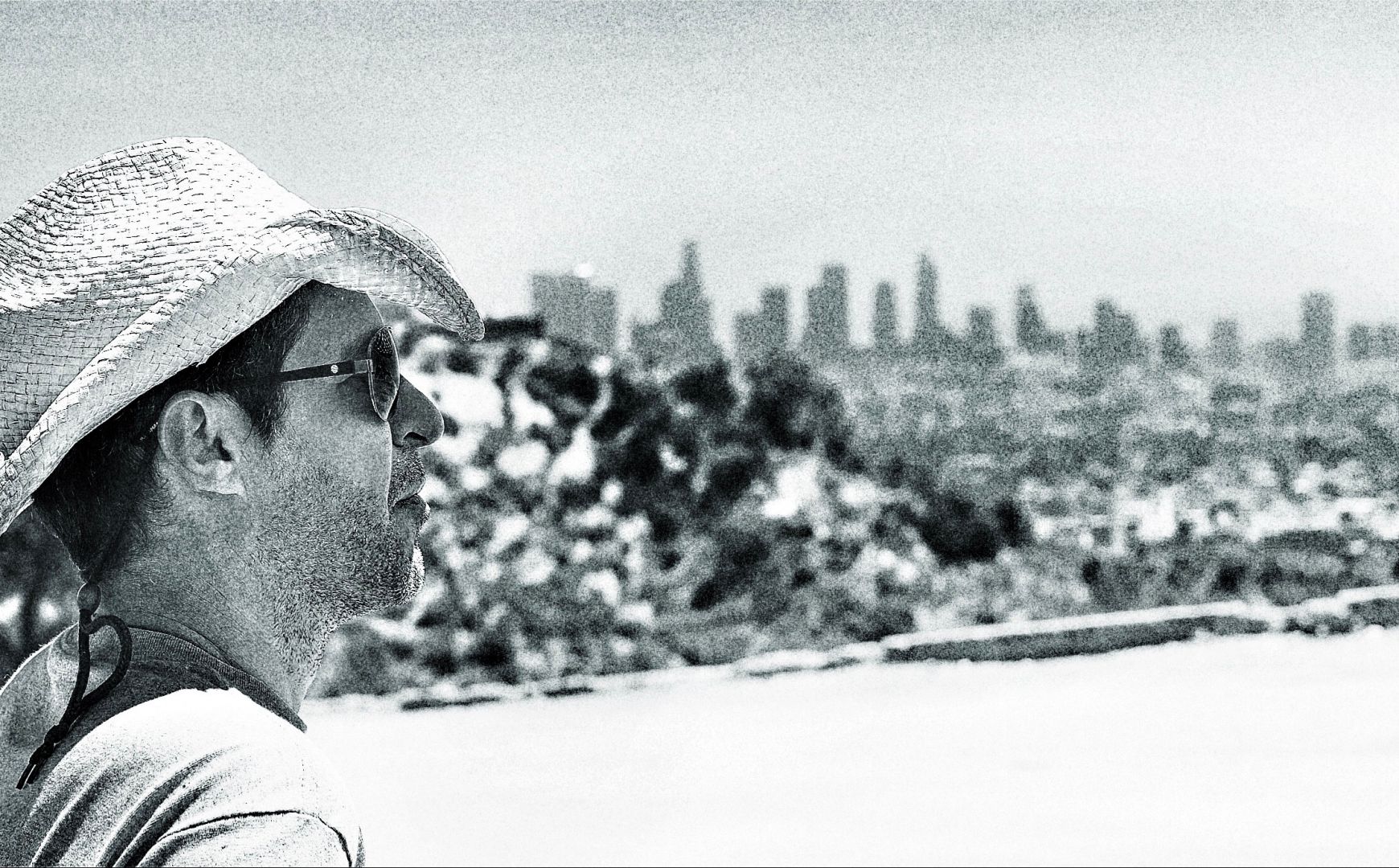 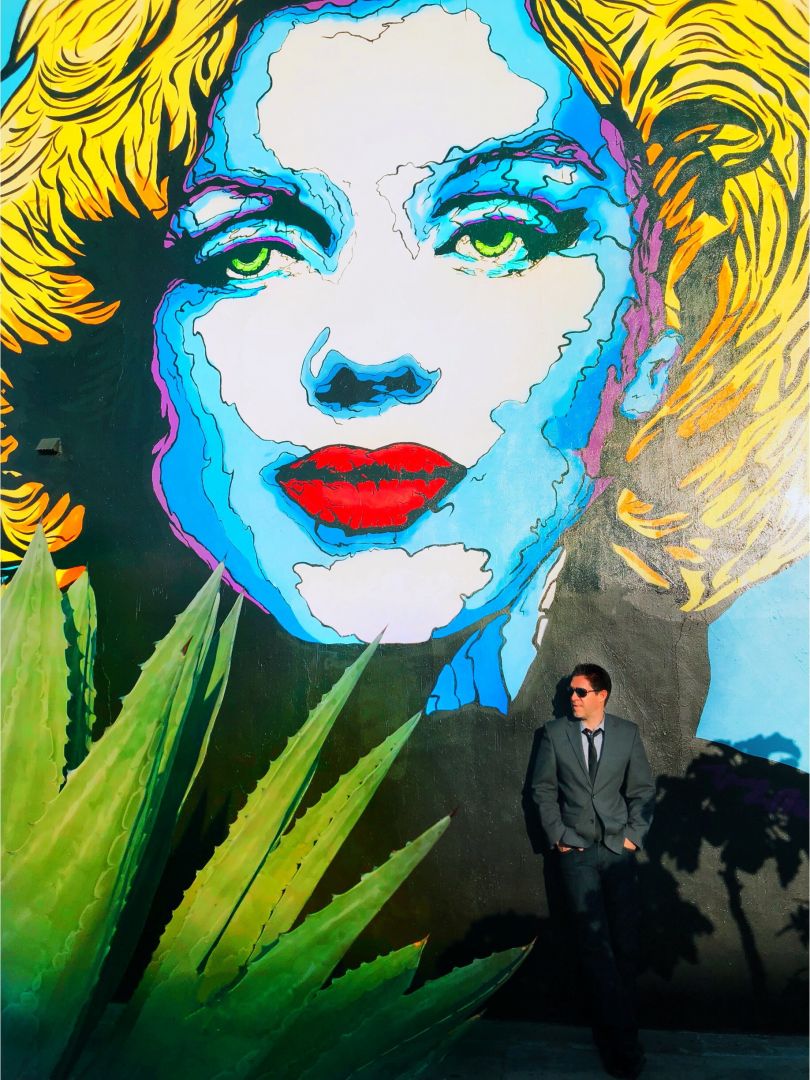 What should our readers know about your business?
I’m a storyteller. I’ve always enjoyed telling a good story. When I was little, I did it in the tiny yellow-and-blue playground right across from the building where my family lived. The neighborhood kids seemed to enjoy my improvised riffs; sometimes, after a game of hide-and-seek or cops-and-robbers, they even requested one. When I was 14, I wrote and co-directed my first film (mercifully, that “masterpiece” was lost to time…) At 20, I left my native Europe for Boston, taught myself English by watching lots of movies and tons of bad TV, and I continued telling stories, in English at this point. Eventually, I moved to NYC, where I was lucky to make a living as an actor. A few years later, I moved to Los Angeles and, again, was lucky enough to be able to fulfill my dream of becoming a filmmaker; making a living writing and directing, and even garnering a few awards in the process. I am currently in casting for a fun, action-packed film I wrote, which I will be directing in early Spring. I am also prepping to shoot a COVID-“inspired” mini webseries this year. But if I rush through some of the details (sparing you the clichéd Hollywood tale of hard work and blind luck), it is because I’d rather take the unique opportunity of this interview with Shoutout L.A. to talk about the future, not my past. Let’s face it – the world is in a rough spot right now. The impact the pandemic will have had on all of us, globally, by the time it’s over, is unmeasurable. The filmmaking community has also been devastated; actors, directors, writers, crews have no idea when they’ll be able to return to work safely. Watching on, powerless, has been driving me crazy. Until I had a thought. There’s only so much I can do, but –maybe– I can find a way to help some script writers, at least, by getting them hired to write a book instead of screenplays (which are unproduceable until the film industry at large resumes shooting.) Not every screenwriter has a book in him or her, but some do. In parallel to my own projects as a filmmaker, I started exploring sources of funding for such a endeavor. Even if it only produced 1 book, it would be amazing. 2 or 3 would be an unmitigated success. 2-3 more stories out there in the world, entertaining us, inspiring us. Anything helps nowadays, right? 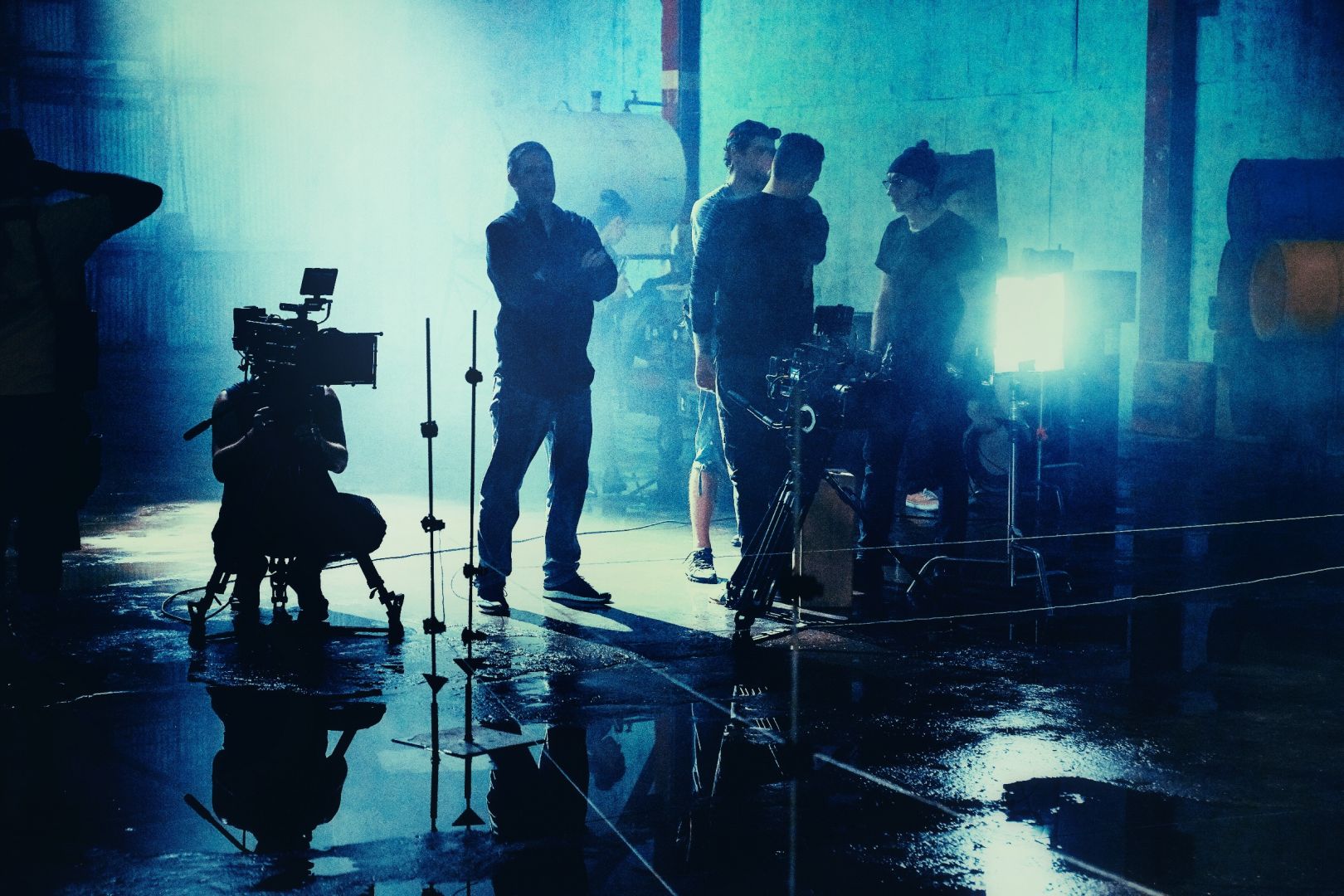 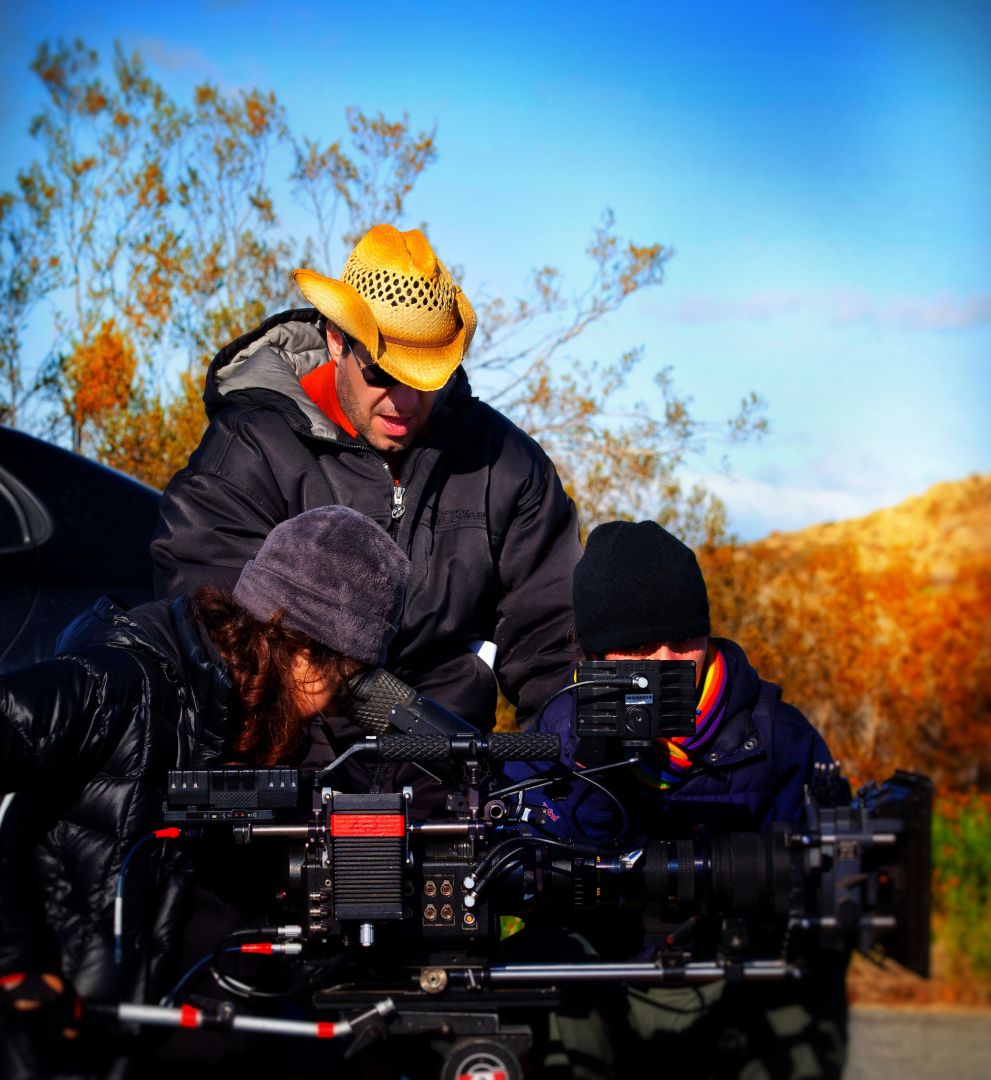 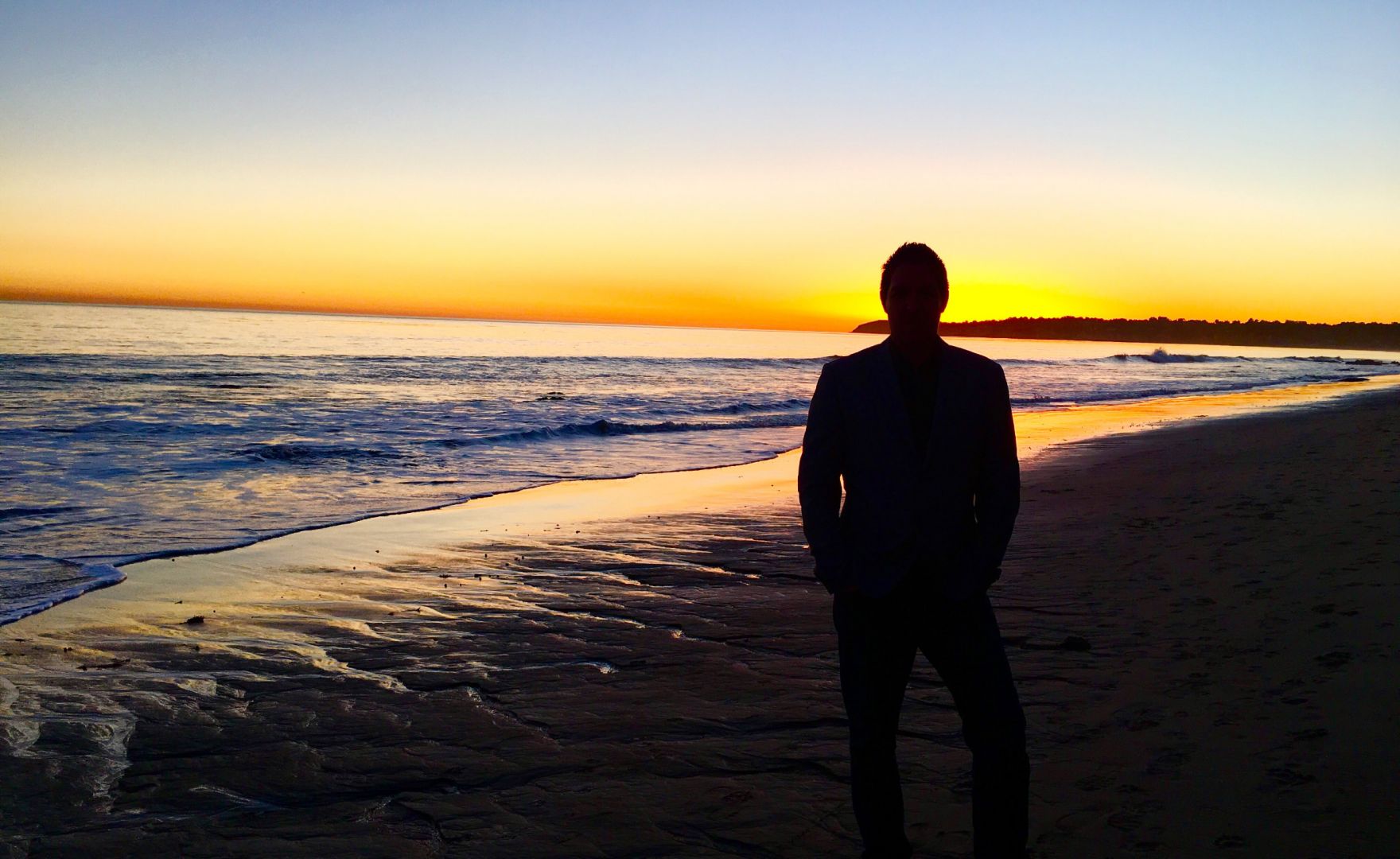 If you had a friend visiting you, what are some of the local spots you’d want to take them around to?
First Must Go: Anywhere you can get a good look at one of those unbelievably stunning sunsets that Los Angeles puts on for us, sometimes. They remind you that L.A. can still be magical. For a bite: The Cat & The Fiddle on Highland; Lala’s on Melrose and, also on Melrose, The Village Idiot (for the mussels and cider, in my case…) For a drink: Good Times at Davey Wayne’s (also for the music and the fact that you enter the joint through a fridge); Teddy’s on Hollywood Blvd; Clifton’s Republic downtown (for the swing dancing and weird stuffed animals…) For a movie: Tarantino’s New Beverly Cinema on (shocker!) Beverly Blvd; The Dome at The Arclight Cinemas; The Pacific Theaters at The Grove (for the walking-around, after the flick…) Guilty Pleasure Visit: The Hollywood sign (just because, hey, it’s the freakin’ Hollywood sign!!!) 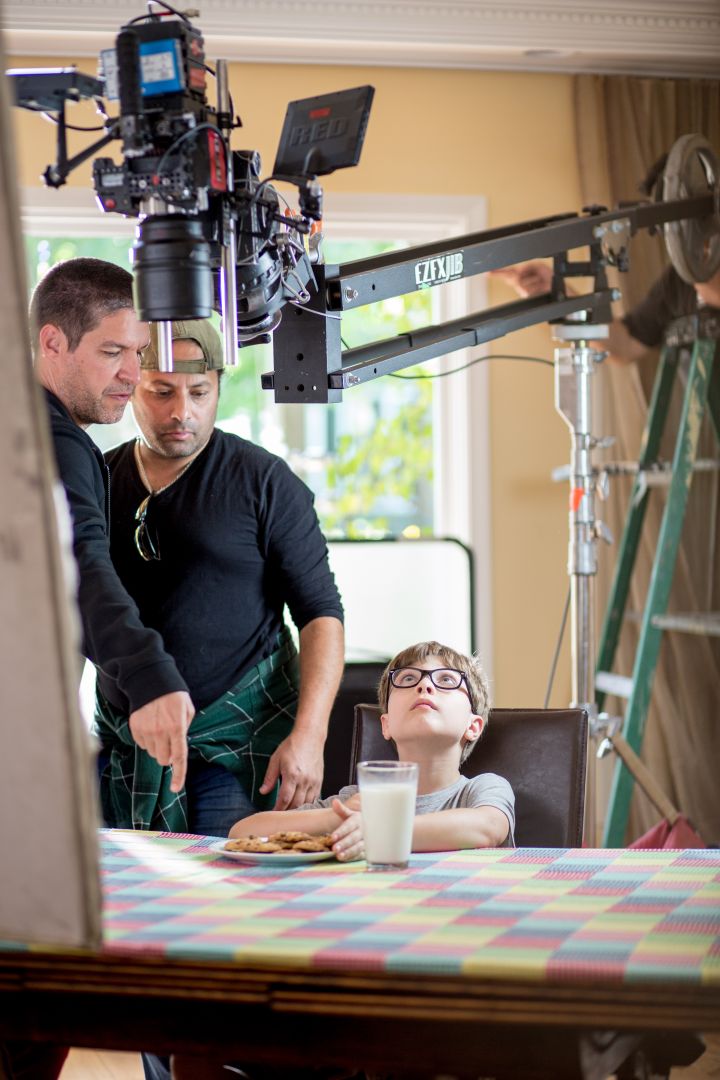 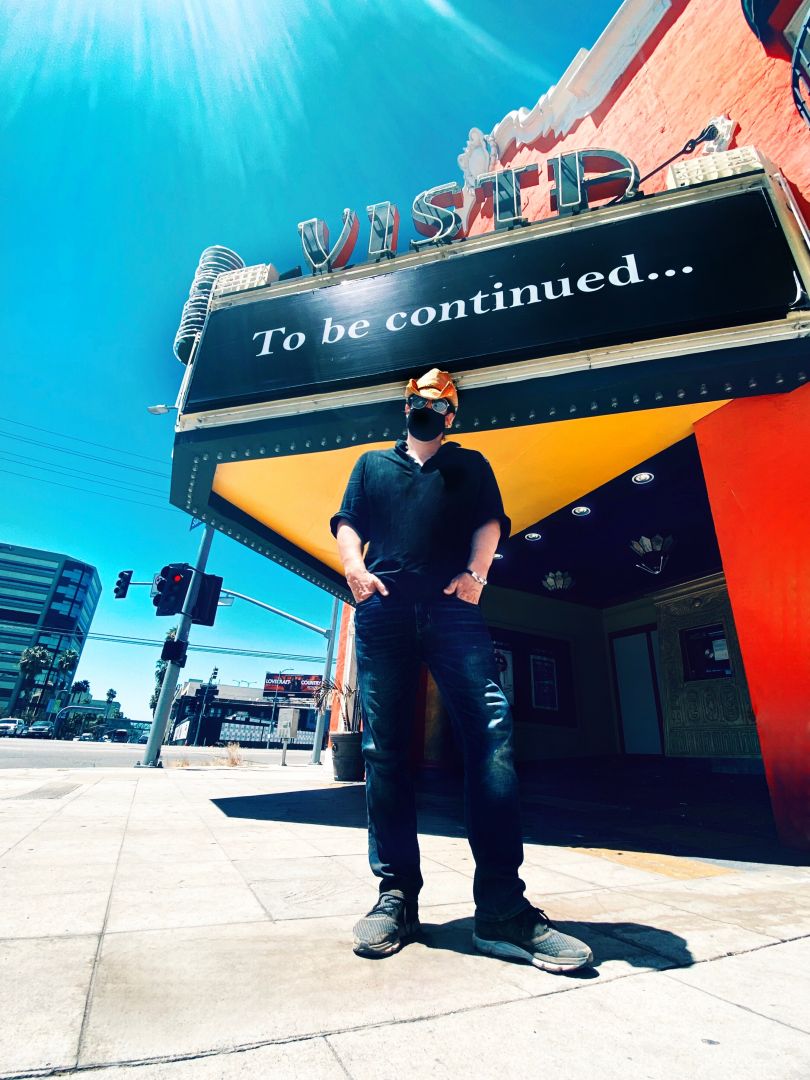 Who else deserves some credit and recognition?
The list of individuals who have advised me, encouraged me, believed in me, supported me over the years is long. I am very fortunate these individuals cared about me and took the time to help me. They came into my life when I needed it the most; some of them are still close to me, others aren’t. I’m grateful for all they’ve taught me and hope to make them proud. I also draw inspiration for my life and my work from people I’ve never met, or from characters in books, plays and movies. In no particular order, here’s a weirdly eclectic sample: Groucho Marx; Picasso; Kubrick; Stephen King (that creative output, man!); Cyrano de Bergerac; Jack Kirby, Harry Houdini, Bruce Lee, Bob Fosse (and I don’t even like musicals), that Chinese man who stood in front of tanks in Tiananmen Square on June 5 1989; Shakespeare (whoever he may have been); Papillon; Lisbeth Salander; Einstein; Gatsby; Amelia Earhart; Tyler Durden; The Man With No Name, and of course Marvel’s Misty Knight. (I’m only half kidding about Tyler Durden…)