We had the good fortune of connecting with Georgina Nifosi and we’ve shared our conversation below.

Hi Georgina, we’d love to hear about how you approach risk and risk-taking
Risk is a necessary tool in life. There’s a saying in Argentina, my natal country, that goes like this “El que no arriesga no gana” (the one who doesn’t risk, doesn’t win). I am from Buenos Aires and my family is a humble one, my parents had to work hard to give us the best education they could think of, up to three jobs, out of ‘State’ sometimes. They wanted me to be a doctor, a lawyer, an engineer…but I always felt I was an actress, an artist, a renaissance soul. After many years of doing what “I was supposed to do” I risked it. I said I am going to start a new career in film direction.

After that, I left everything behind and risked it again, I moved to Puerto Rico and continued my career, but this time I said “no more being behind the cameras, I want to be IN FRONT of them and perform. And so I did, with the help of my Padrino Ämer. I was having the time of my life, my dream, being on TV and people recognizing me on the street…Ahhhhhhh…and…I decided to go back to education to help my family economically because you know that artists don’t have stable jobs, so it’s hard sometimes economically speaking.

We moved to Colorado, loved it! House next to the river, amazing mountains greeting me good morning every day, deer coming to my yard to eat berries, amazing students, co-workers, friends, people in general…but…there was something knocking on my soul every day, throughout the day, during lunch, during a little break to the photocopy room, at the supermarket trips in the evenings…I said “It must be I am not happy enough because I am ‘playing school’ and not being true to myself, to what I really want to do, art”, and don’t get me wrong, I LOVE teaching, I love it so much that when I graduated in Argentina and moved to Puerto Rico, I wanted to do my Master in Education, but they told me I had to do my studies ALL OVER AGAIN…4 years…to obtain the same bachelor’s degree I had…and… I did and graduated with honors, awards, and SUMMA CUM LAUDE… I also founded a school online that I currently run since COVID. I love teaching, but my heart belongs to performing…

So, I took another risk and told my husband we had to move to Los Angeles so I can keep running towards that voice that tells me, THIS IS YOU. It wasn’t easy at all, we passed from having a very steady job, a beautiful little apartment that was not expensive at all compared to here, to a place in which your savings burn by the second. We had only one friend here, that’s all, Caesar Osiris.

We fought for it, my husband had two jobs so I could audition every day and do what I loved, he said “My dream is that you conquer your dreams” (What a man, huh?). So I did until I felt I wasn’t being fair and I had to help as well. I worked for a restaurant in which I also had to clean the bathrooms I put up my sleeves and worked happily, job after job, then another restaurant, then a school…and then…I felt that knocking again…” I didn’t move here to do this, I am an artist, an actress, a performer, I sing, I play music, I write books for kids, I paint, I do hand-stamped metal jewelry, I make figurines, I edit….no, I have to TAKE A RISK again” and so I did…It was a tough year, tough for everyone in the world, 2020, but I used that year to FULLY focus on my career and now I see I have conquered the first steps of my old dream. I am walking the right steps to be successful.

Taking risks has always been a powerful tool for me and I am happy I’ve learned how to hear that voice that tells me GO AHEAD, TAKE A RISK. 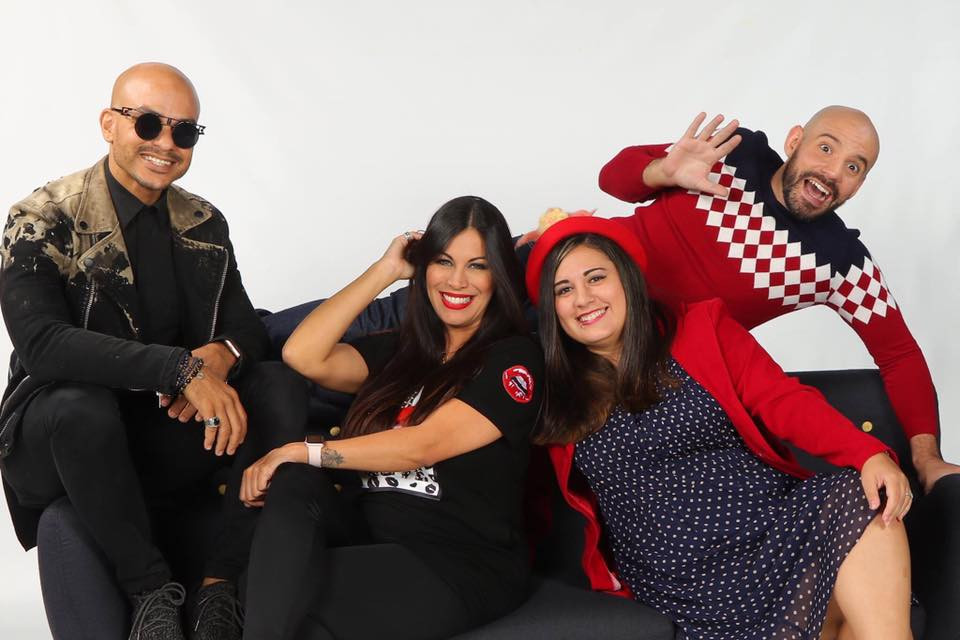 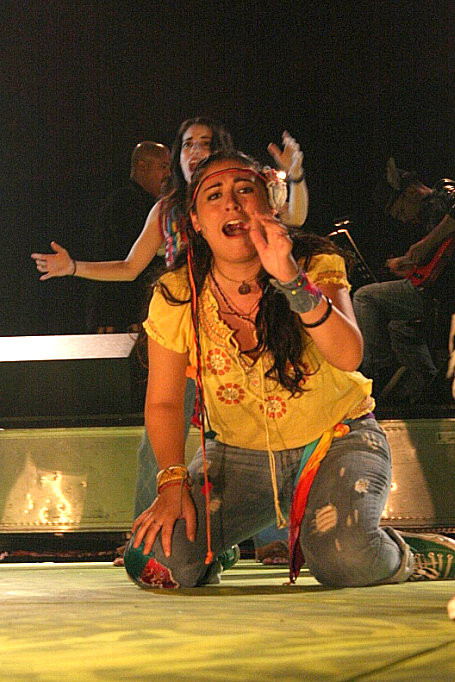 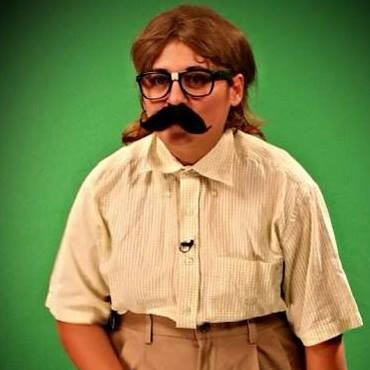 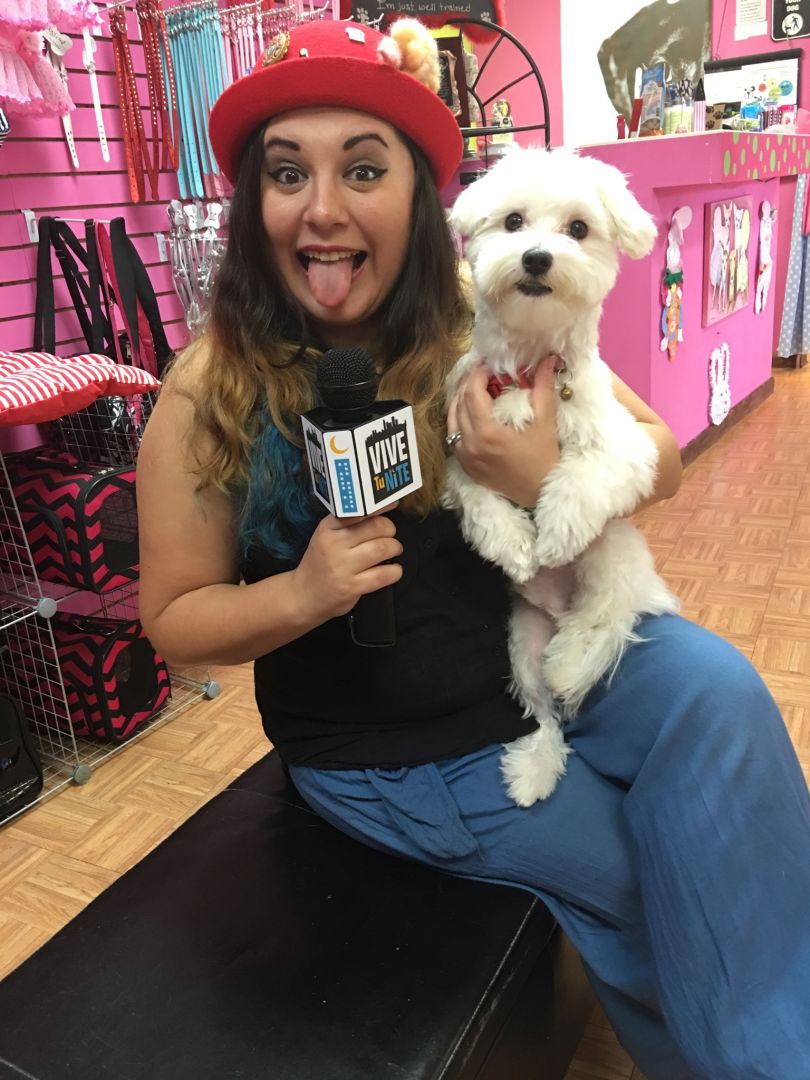 Any places to eat or things to do that you can share with our readers? If they have a friend visiting town, what are some spots they could take them to?
Woooow, here in California there are so many things to do that a week is not enough at all, but let’s go! I would pick my beastie, my sister Johanna up from the airport and straight to some ramen place she would love. We go to sleep, next morning I would take her to have breakfast to The Republique to have a big mug of Capuccino with a danish pastry. After that I take her to The Grove to try different things there like the cheese breads (chipá) or some empanadas at Nona’s. then I would take her to spend the whole afternoon at my favorite part of LA, Little Tokyo, over there we would snack nikuman, we would share an okonomiyaki and takoyaki at Chinchikurin then we go and eat at Somi Somi…it’s clear I love food, right? Hahaha. Would hang around there, see al the amazing stores, like Sanrio or Q Pop Shop and art gallery and then to Kinokuniya to read some books and see cute things. At night, we have dinner at Rakkan, a big bowl of Ramen! The best! To finish the night, we go to Karaoke at the Japanese mall. Second day to Big BEar to explore, eat in the chocolate shop and lunch bagles with cream cheese and salmon. That’s a whole day there.
Third day, Santa Mónica, first the beach, then Venice Blvd to take a look of all the amazing shops around, later Venice canals, a nice long walk there. After that ice creams and art at the Third Street Promenade and we end at the Santa Mónica Pier.
Fourth day, do Hollywood, the walk of fame, Dolby Theatre, the little museums around, Miniso and other stores, coffee at Starbuck and finish at Yamashiro Restaurant.
Fifth day we can go the whole day to the Sequoia National Park and on the way there we would stop at the floating village to have lunch and eat the sandwiches we made at home. When we come back from the trip, definitely King Tacos or a consome or birria tacos at East LA.
Sixth Day I would take her to Newport to spend the whole day there at the marina, and the little town. We would eat at the pier or seafood at one of the best restaurants there.
Seventh day, in the morning Santee Alley to buy a lot of great goods, then I would take her to the Koreatown center to have cream puffs and Sweet potatoes coffee. After viewing all the great little stores there we would have kbbq and then we hug, and cry cause I will miss here again, I leave her at the airport and my husband takes me Little Tokyo to cheer me up. 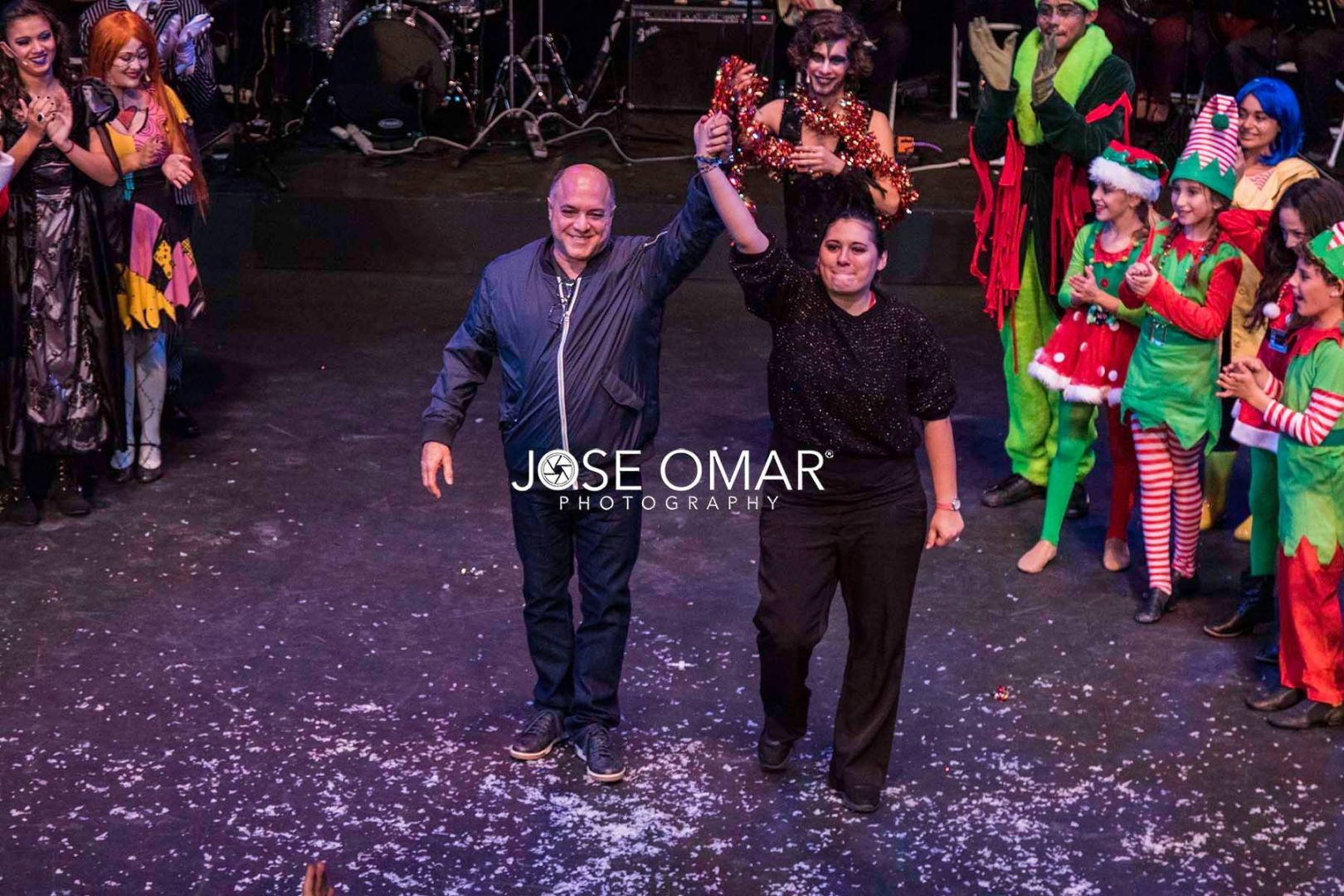 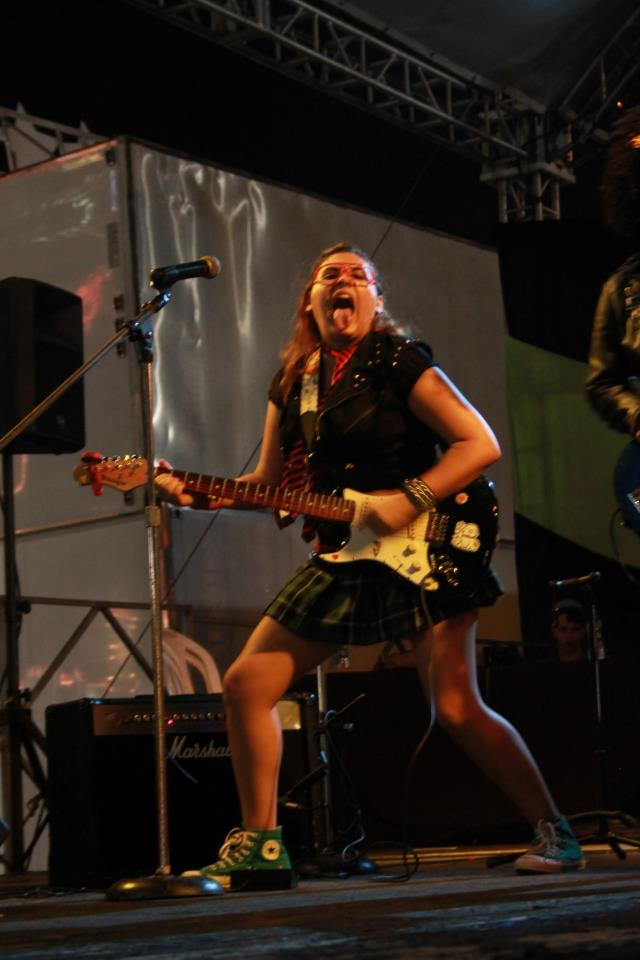 The Shoutout series is all about recognizing that our success and where we are in life is at least somewhat thanks to the efforts, support, mentorship, love and encouragement of others. So is there someone that you want to dedicate your shoutout to?
My husband. He is a very humble guy from Puerto Rico, raised in a low-income type of family, who made himself, studied, and became the man he is now. We have been together for 10 years and married for almost 8. He is the one who believed in me from the beginning, 2010 when we met and helped me be where I am today. Back in Puerto Rico, he would take me to all my shootings, hold my things, take pictures of me in the sets. I asked him to be my manager and he said yes. He took social media workshops to learn about my career and helped me run all of that. We moved to Colorado because I wanted to be a teacher again and maybe this would help our economic situation and he said yes again. We lived there for a year, and then I felt I had to try one more time and go to Los Angeles to go back to acting and art, guess what? He said yes. We moved here and the real struggle began, as well as the big opportunities. We passed from living a comfortable life in Avon, Colorado, in a beautiful house next to the river, a very safe place within an amazing community to… a tiny humble house in East LA. He was working for a factory, doing Uber and Postmates so I could stay home, and audition and work on my books for kids. I saw how tired he was coming home so I decided to work full time again to help. Restaurants, then a school, and then he said, ‘Try again, use this pandemic time to re-build yourself. I believe in you’. We saved money for headshots, classes, and demos. If it wasn’t for him I wouldn’t be where I am today. He teaches me every day that I have to keep on going, not comparing myself to anyone, and focus, which is one of the most difficult things for me. Thank you Emma for being there for me since day one and helping me shape the artist I am today. 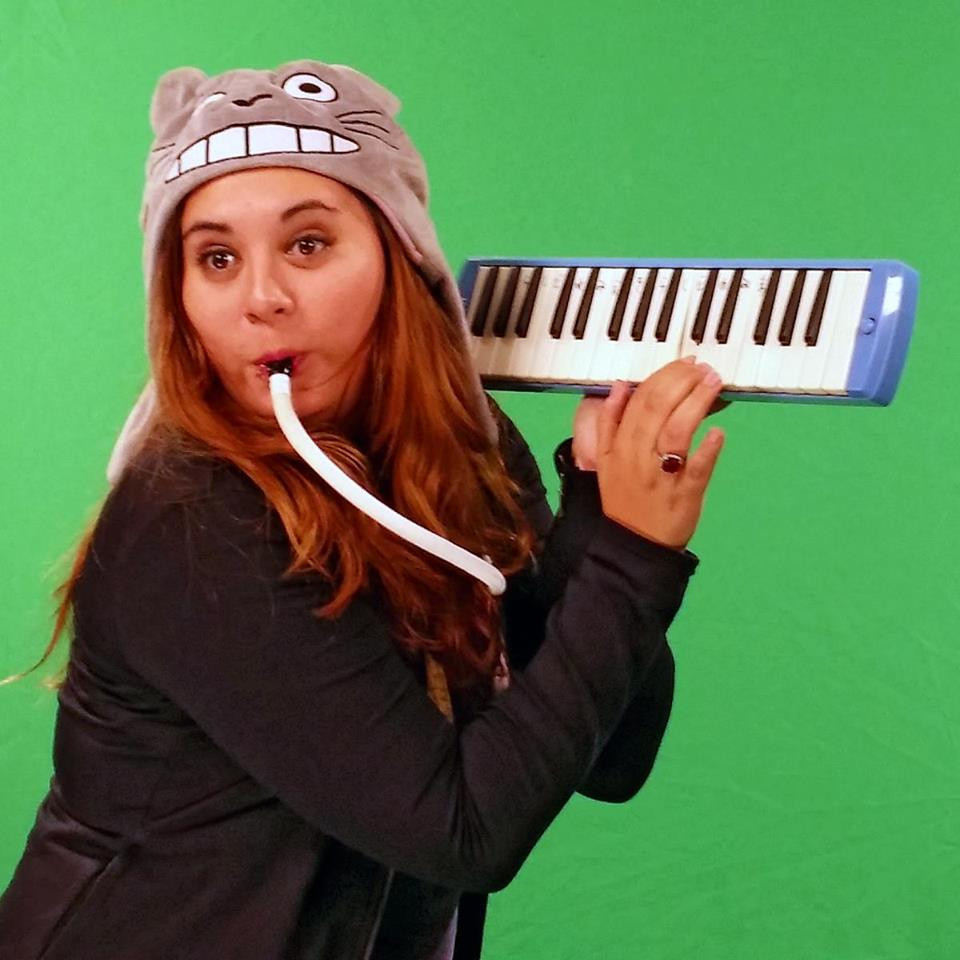 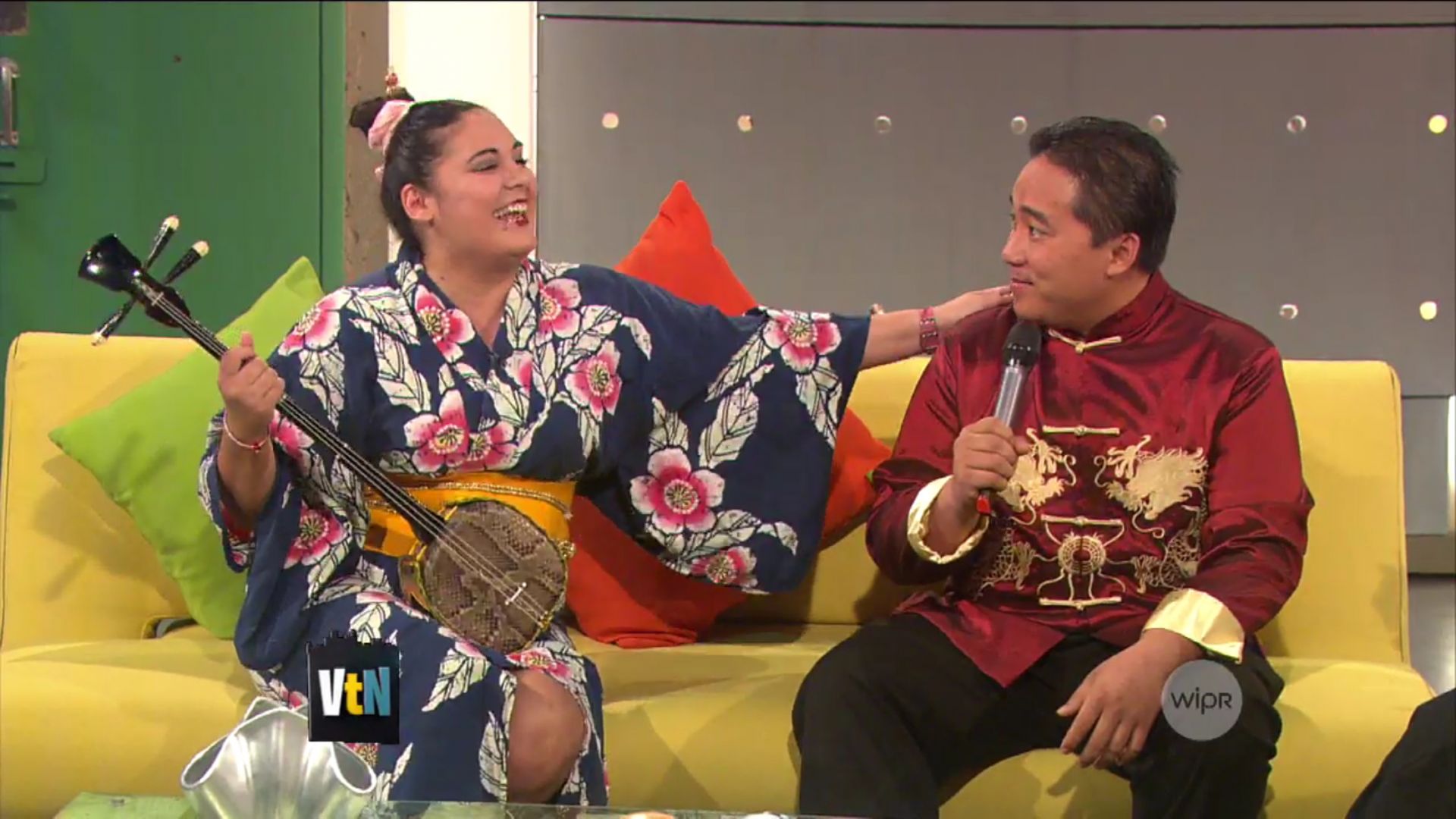 Other: My crafts are in this IG account: @planetajuno and my ASMR Youtube Channel is Planneta Juno ASMR

Image Credits
Jose Omar Photography for the one in which the director of the school is raising my arm The one and only picture about myself, the first one I had to upload is by Caesar Osiris.