We had the good fortune of connecting with Gunnar Rohrbacher and we’ve shared our conversation below.

Hi Gunnar, how did you come up with the idea for your business?
I love this question because Actors Comedy Studio is unique in the world. We teach acting, writing and audition technique for television comedy. I created ACS with my business partner, Lauren Bertoni to teach comedy performing and writing that meet industry standards. I’m a writer, actor, improviser and director as well as an acting coach. I also spent a brief time working in casting. It was there a giant light bulb went off for me. I realized that there were a lot of talented actors who didn’t audition well, especially with comedy. They were lacking one or more skills that made them competitive and I saw time after time, that they had no clue what they were doing wrong. Heartbreaking! Some had theater training but no relationship to the camera. Others were improvisers – some very well known – but they prioritized making every line funny over embodying the character in a truthful, believable way. Other actors had zero script analysis training and it showed! Their choices were way, way off. The list of audition “don’ts” goes on and on. Some people deliberately make choices that don’t fit the scene just to try and stand out. Others actively dislike auditioning, which just wastes everyone’s time. If you’re not happy to be there and having a great time, you will definitely never be called into that office again. Mostly, the biggest problem was and still is actors who are fine but not remarkable. And they could be! But too many actors fear making strong choices so they’re not perceived as “too big” or “over the top”. What they offer then, is a competent performance any trained actor could deliver. It’s… fine. But Hollywood doesn’t hire actors who are just okay. even for co-star and guest-star roles. They hire confidence. They hire experts. they hire fun, charming, certain actors who make bold choices that are appropriate for the camera. Being believable shouldn’t mean being boring. It’s hard to find that line. I had an aha! moment. I’m really good at teaching people how to find that line. Actors Comedy Studio was born from that experience. I could see clearly that there were enough imrpov teachers and programs in Los Angeles to serve actors ten times over. What was missing was a place where actors and writers could learn what clear industry standards are for building an on-camera (paying) career in television comedy. The city was missing a complete program that could teach anyone how to make the funniest and boldest choices possible with clear feedback regarding what works for auditions and the camera. To summarize, I like to think I came up with the idea for Actors Comedy Studio for the very best reasons anyone can open any business; I love what I do and there was absolutely a need for our services in the marketplace! 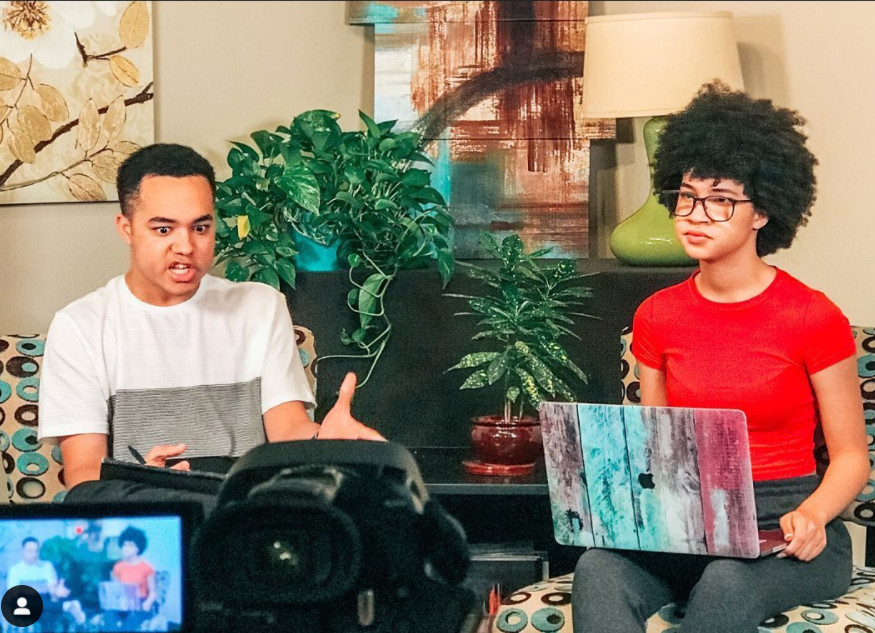 Can you open up a bit about your work and career? We’re big fans and we’d love for our community to learn more about your work.
I asked to be trained to be a teacher when I was very young. My mentor was Cynthia Szigeti. She was among the original members of the Groundlings and was the school’s administrator for a long time. She was a genius and I was one her comedy kids. When she passed on, her name was on the marquee of the world famous Comedy Store. One of the things I always want my students to know is that coaching and teaching is not a fall back position for me. I do it because I love it. My skills and passion were developed simultaneously with my writing and acting skills as I was coming up on the main comedy stages of Hollywood. I have performed on… all of them. When I teach comedy, it’s absolutely through the lens of someone who has done all the things my students are doing or being asked to do; learn improv, do stand up, create you own content, etc. Teaching is my art and my religion. Teaching is sacred to me. Cynthia and all of my other teachers were remarkable. Phyllis Katz is another important mentor. She’s a founding member of the Groundlings and she now guest teaches at my school. That has profound meaning to me. Lisa Kudrow was my first performance teacher. She had an incredible impact on my sense of comedy and introduced me to Cynthia, who in turn introduced me to Phyllis. Life itself has presented many challenges. But becoming a comedy coach was the easiest, most organic thing in the world. I was absolutely in all the right places at all the right times to be where I am in my career. It can be cliche to say that you should follow your bliss, but I did and I wouldn’t change a moment of life. When I teach, I’m acutely aware that I’m in service to someone’s dream. I take that dream seriously. Comedy is not just a performance genre; it’s a way of connecting to the world. It’s a way to find joy, make friends and add value to the human experience. My students come to me wanting to learn how to crush a comedy script. I do help them there. However, I know it’s equally important that I help them rediscover how to express themselves with freedom and giddy, childlike abandon. They keep me young, I help them grow into their best selves. Fair trade, I’d say. 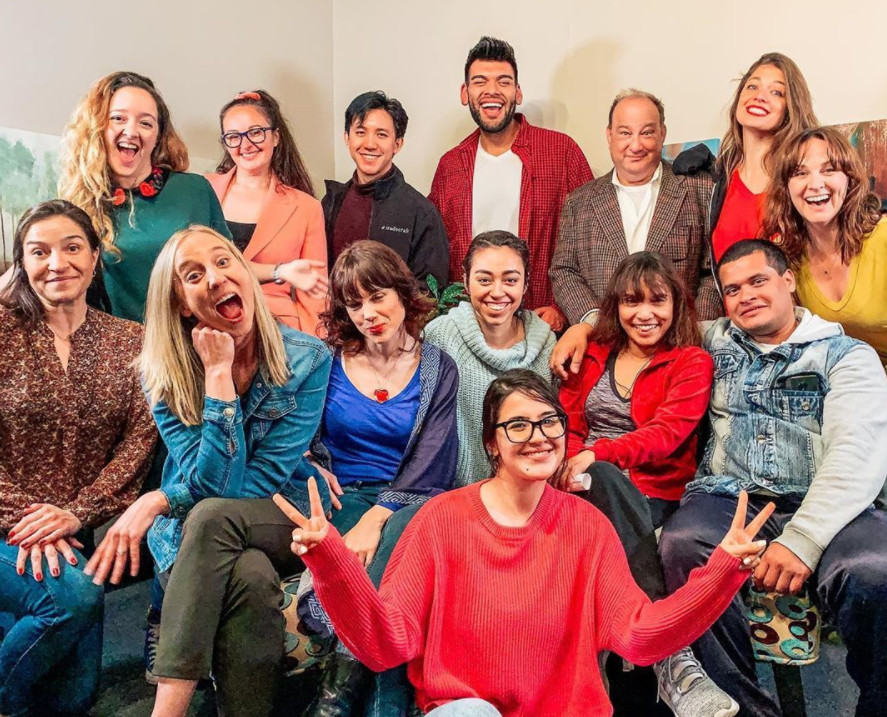 Let’s say your best friend was visiting the area and you wanted to show them the best time ever. Where would you take them? Give us a little itinerary – say it was a week long trip, where would you eat, drink, visit, hang out, etc.
I love the Griffith Observatory,. It’s beautiful and historic. HomeState for breakfast tacos is one of the best experiences in the world. The Museum of Death in Hollywood is a must. The Magic Castle, but you gotta know someone to get in! 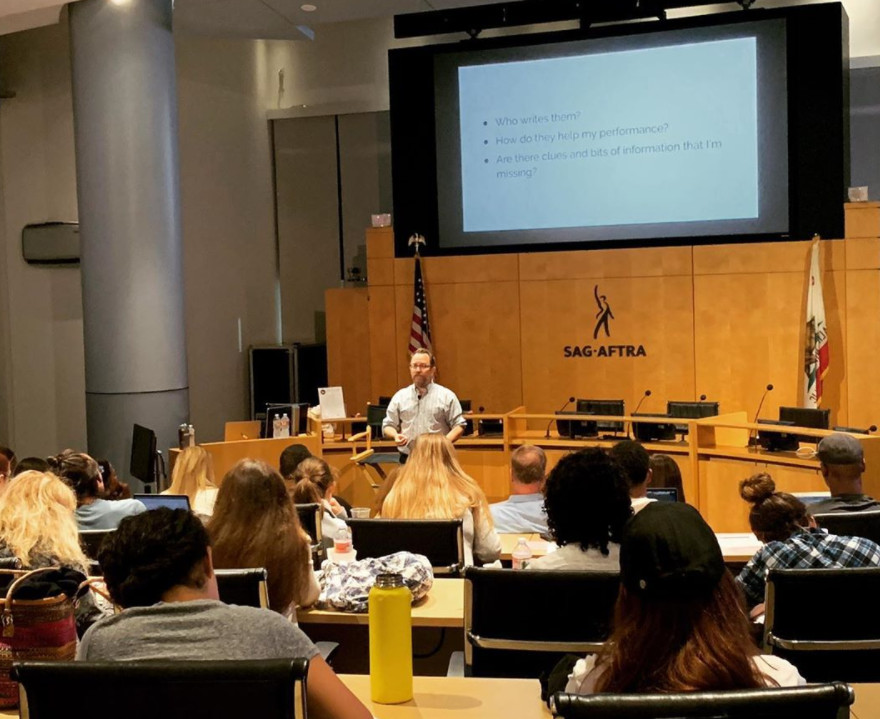 The Shoutout series is all about recognizing that our success and where we are in life is at least somewhat thanks to the efforts, support, mentorship, love and encouragement of others. So is there someone that you want to dedicate your shoutout to?
Lauren Bertoni is my business partner and she’s best anyone could have ever asked for. While Actors Comedy Studio began from my experience as a comedian, casting director and coach, it became a reality with her dedication, commitment and support. We have worked equally hard together making ACS a globally known brand. An accomplished certified Studio Teacher, Lauren has made quite a name for herself in the industry. She’s among the youngest Studio Teachers in the country and the Treasurer of her local union chapter. She’s an amazing coach for adult actors, but specializes in coaching kids and teens as well as teaching grades k-12 in all subjects. Remarkably, Lauren started out as my student, many years ago. She became a trusted TA and eventually my business partner. We are both blessed to have received tremendous love and support in creating ACS. But when it comes to credit and recognition when it comes to making this school a reality, Lauren’s name must come first. 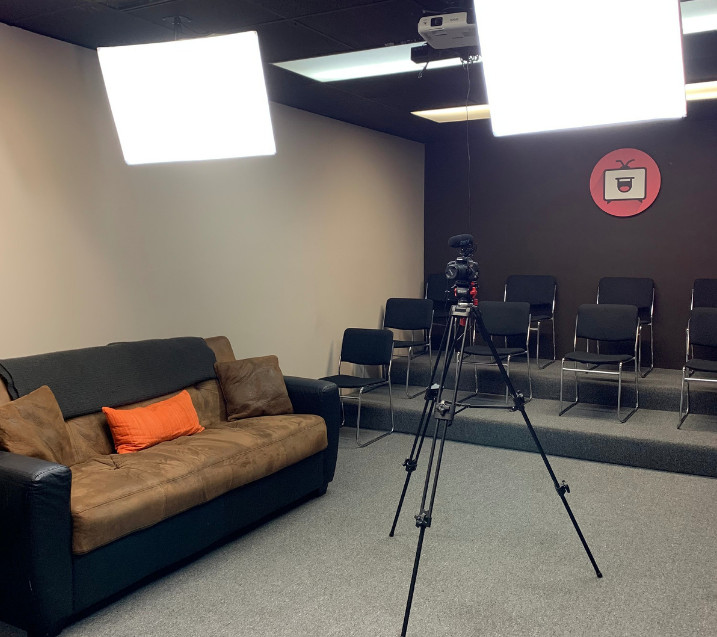