We had the good fortune of connecting with Guo Guo and we’ve shared our conversation below.

Hi Guo, we’d love to hear about how you approach risk and risk-taking
Risk always comes with opportunities. When I was growing up, I always was the type tries my best not to step outside of the box, trying to be the good kid. Until when I graduated from college and got the offer to go to one of the most prestigious film schools in the world, I felt like my dream came true. However, a few days later, I was told that my father’s investment company went bankrupt and my family was burdened with over $1.5 million debt. I decided to stay and support my family, putting off my dream. But this time, I didn’t take their “suggestion” to work as a well-paid English teacher. I was going to do it my way. Since there’s nothing to lose (more), I took the risky route. I started interning for a production company that paid me 10 dollars a day. To not starve, I dove into the futures market. Beginning with only $500, in two years, I profited nearly $75,000 and helped pay 5% of my family’s debt. Those three years taught me what it meant to be independent and how to shoulder the burden of responsibilities.

Jumping from having a steady job in China to studying in AFI and then becoming a freelancing producer now is also a testament to risk taking. It is scary, but like any dream, if you believe in it, it is worth a leap of faith. Or in my case, a lot of leaps. 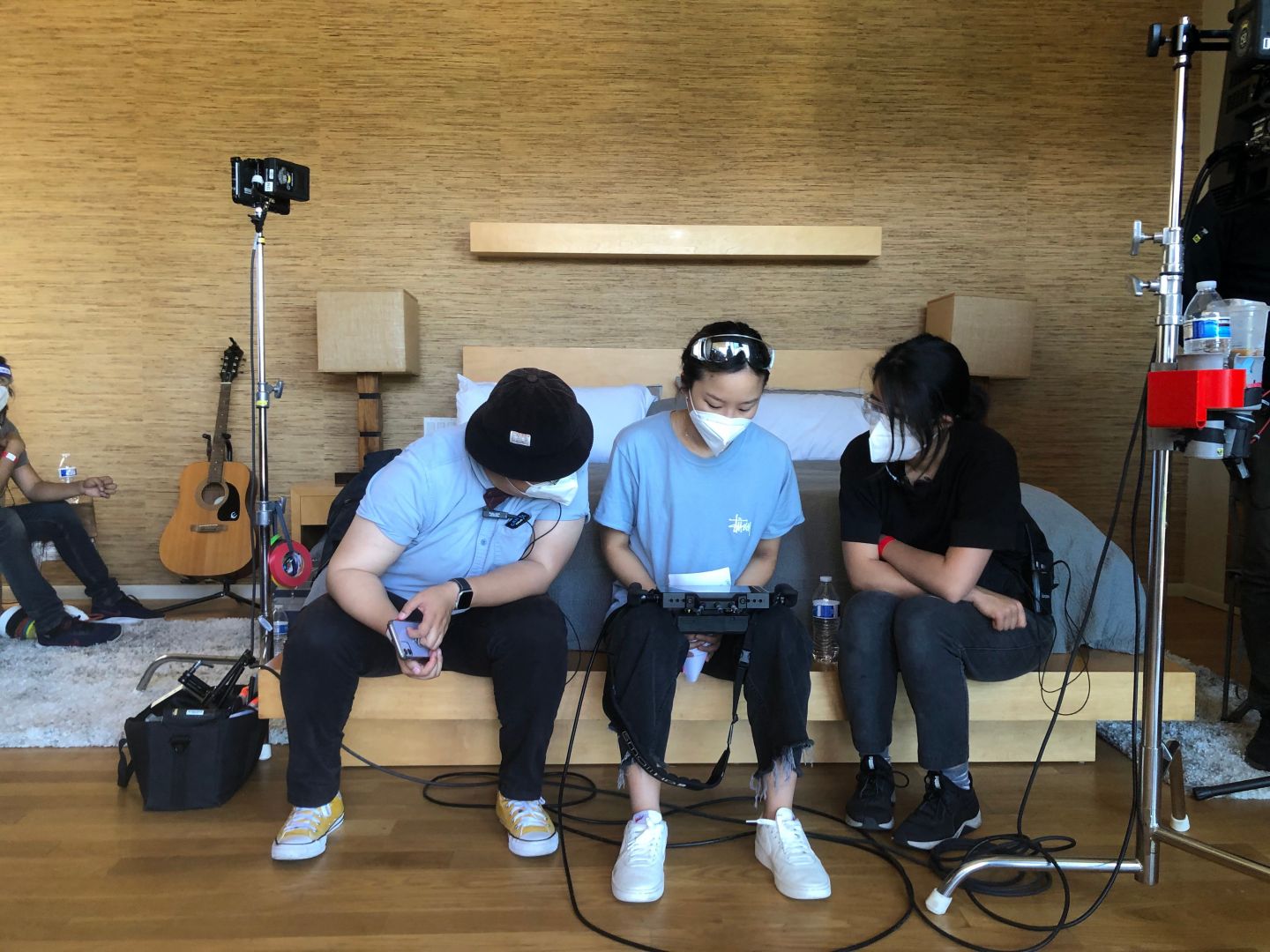 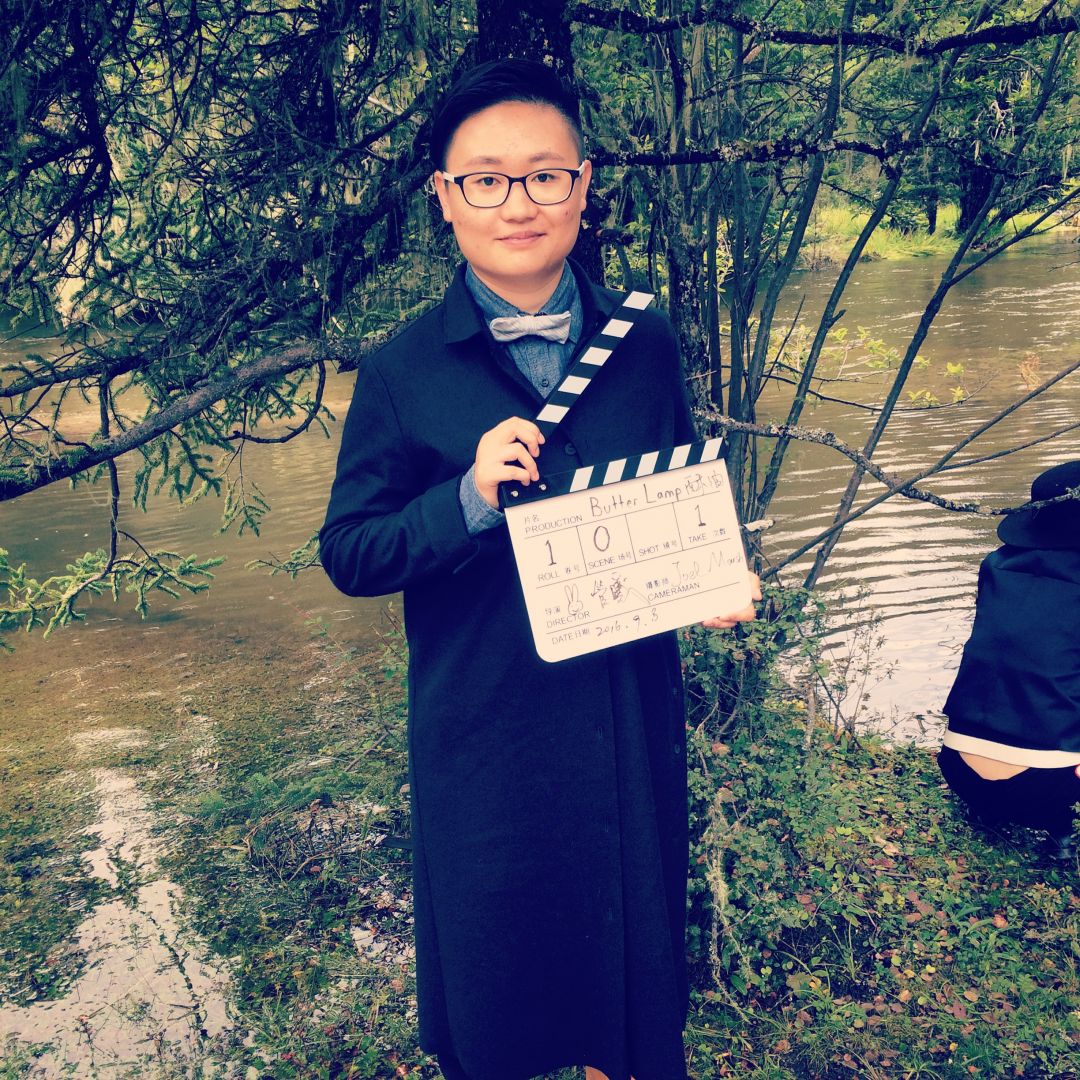 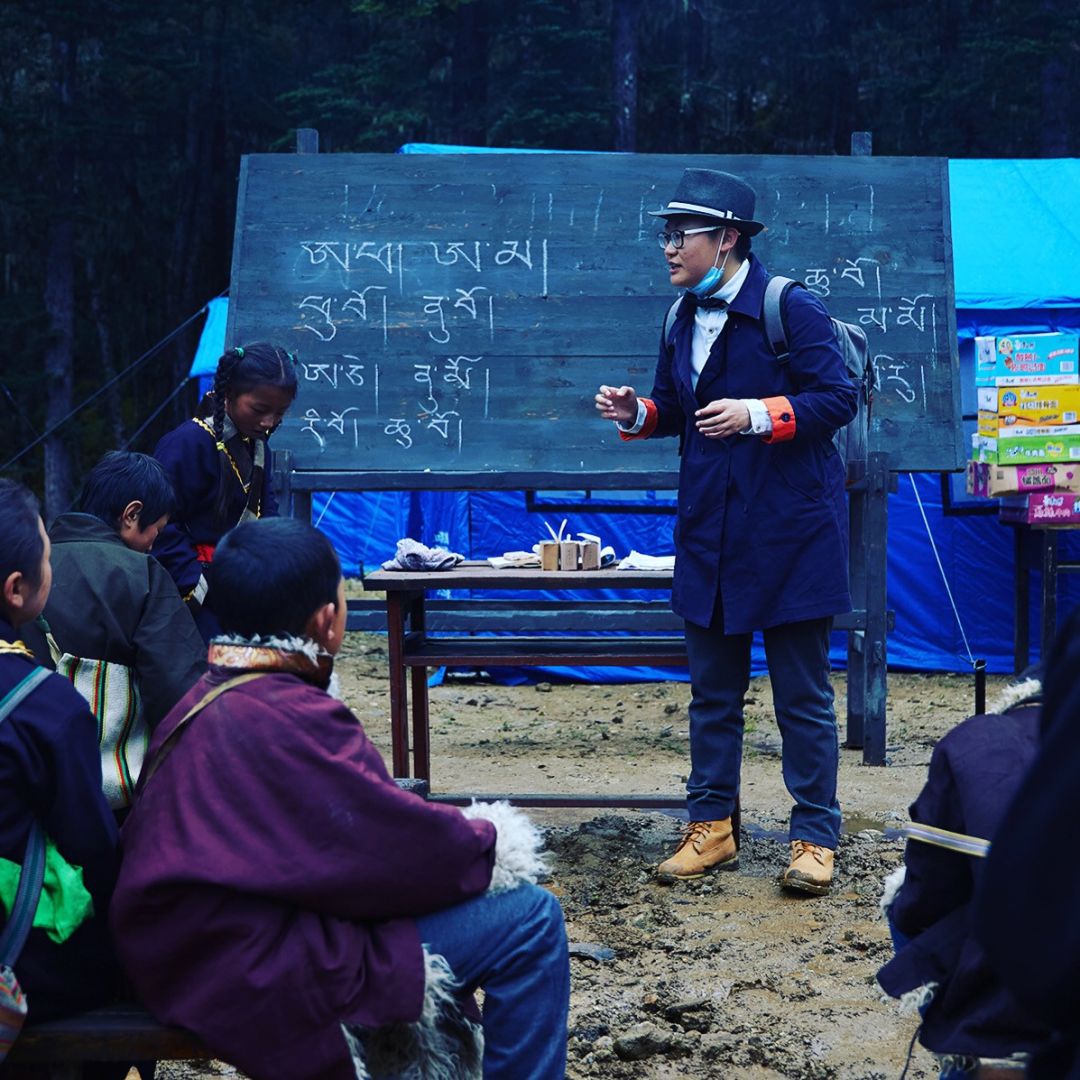 Can you open up a bit about your work and career? We’re big fans and we’d love for our community to learn more about your work.
When I was 6, I was part of an experimental Chinese government class, hosting both Muslim and Han kids to test their inclusion policy. Each Han kid like myself was assigned a Muslim desk mate. Mine’s name was Urlev. We never spoke a word to each other in half a year. Until one day, my dad, who was in the US at the time, sent back a VCD disk of FANTASIA. That Sunday, we watched it together. The power of film allowed me to talk to a Muslim boy for the first time in my life, gain a lifelong friend and planted the seeds of filmmaking.

In 2016, after working my way up from an intern to producer, I arrived at Tripoli, Lebanon to shoot my feature film MEIDO. The street we shot on was Syrian street, a street that is the demarcation line of a lot of things: Lebanese and Syrian refugees, Lebanese government army and ISIS, etc. For over three decades, no one dared to set foot on that blood-soaked soil or speak to other side’s enemies. Until we decided to shoot a part of our film there.

During the shoot, I was the only person with a computer screen. I was swamped by kids from both sides. I wanted to show them an easy-to-understand film to explain what we are doing. I chose FANTASIA. When seeing kids from both sides, sworn enemies, huddling together, I suddenly saw my 6-year-old self, huddling with Urlev, the previous imagined “enemy from the other side.” I realized how a film literally transcended time, religion, continents, races and everything in between.

Before we left, Haii, a Syrian boy who inspired kids from both sides to help us, told me “My dad was ISIS and got killed by people from the other side. I swore to avenge him. But now, instead of shooting guns, I want to shoot films.” That recaps what I think my purpose is as an independent producer: to be a bridge, for telling unique stories that share universal values, for people to see we are not that different, for understanding “the other side”.

As a filmmaker, I always feel we have the obligation of shouldering the responsibilities as the messengers. My life is so much influenced by movies and being a member of the industry, I know how important it is to bear that responsibility in mind. Because you never know, you may have the power to inspire a boy to second guess their life’s purpose is not only about revenge. Or inspire a scrawny girl hiding in the library avoiding bullies who may end up living the dream telling you this story now.

Let’s say your best friend was visiting the area and you wanted to show them the best time ever. Where would you take them? Give us a little itinerary – say it was a week long trip, where would you eat, drink, visit, hang out, etc.
One of the main attractions for me before coming to Los Angeles was always the sunshine and the beaches. Only after I came here did I realize, I don’t have the time for it. But having close access to the beaches does create a possibility for me to drive around on PCH to clear my head after midnight. Manhattan Beach is one of my favorite spots, especially on summer nights, the heat of the day dissipates, tourists gone, just the sound of the waves, the gratefulness of being so blessed in life and the beacon of LA LA Land.

Universal studios would play a huge part of the itinerary too. Just the thought of sitting in front of Hogwarts seeing people from all around the world escaping into the magic world makes me smile.

Hae Jang Chong in K-town is my go-to place for ALL YOU CAN EAT KOREAN BBQ. It is a place that has saved me so many times when I am down or to celebrate when I am over the moon. 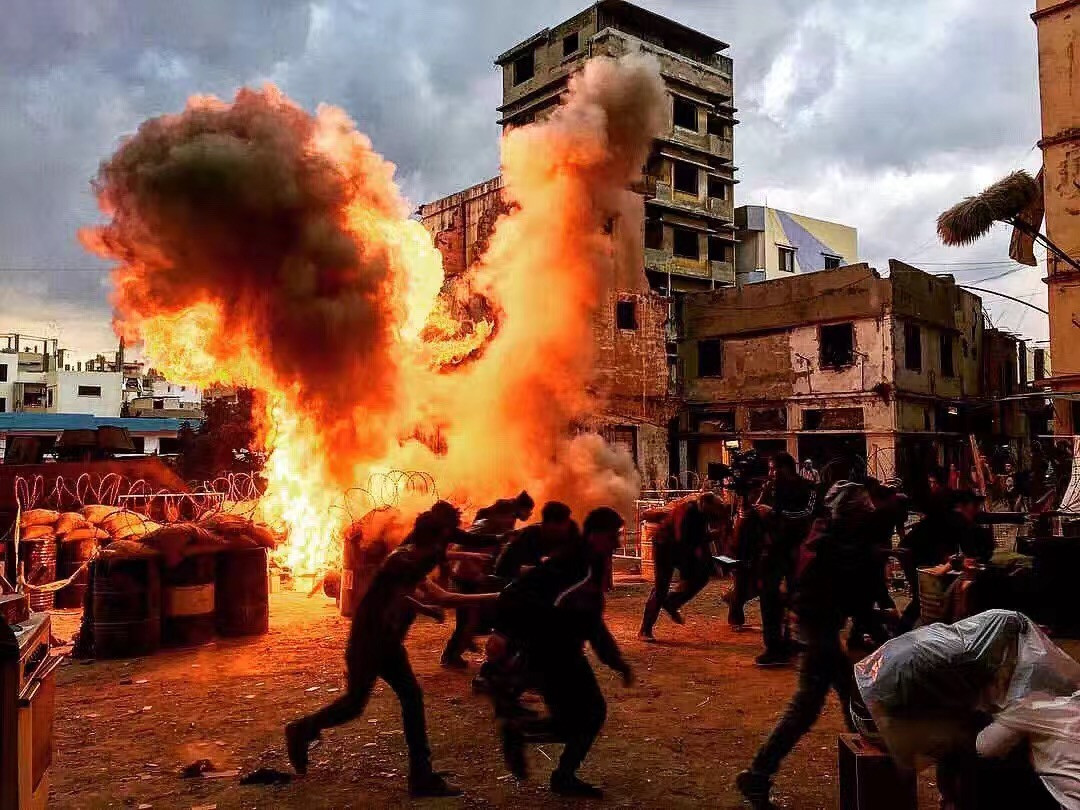 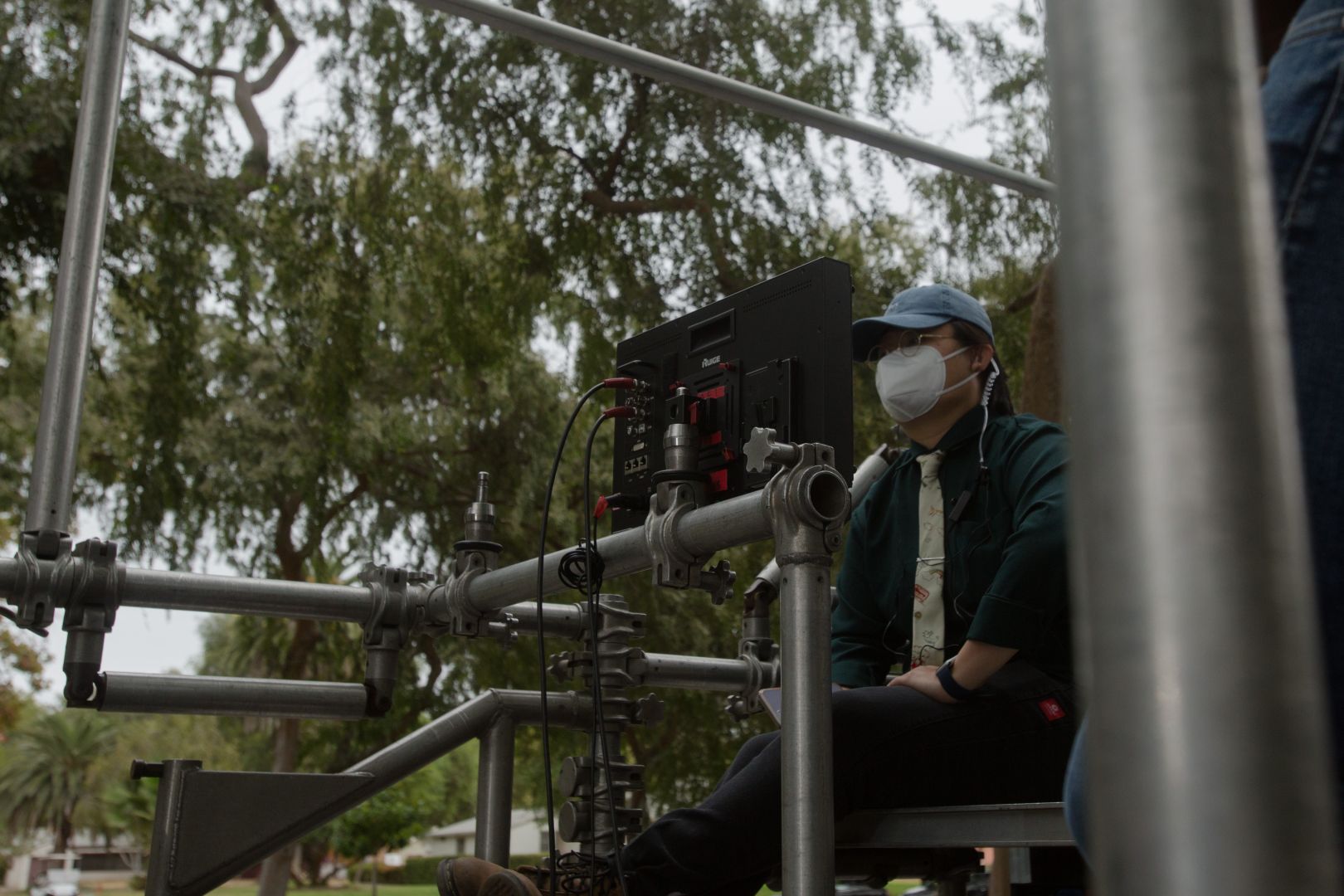 The Shoutout series is all about recognizing that our success and where we are in life is at least somewhat thanks to the efforts, support, mentorship, love and encouragement of others. So is there someone that you want to dedicate your shoutout to?
I would love to shout out to my mother. When growing up, my father was always absent because of work, my mom has been my support, my best friend and my everything. She introduced me into the world of cinema when I was a kid, every week, she would take me to the local cinema and watch a film with me on Saturday night. She would always treat me like an adult and discuss what’s the meaning of the film and what we learned from it. She would reference the characters in the movies when I was in doubt or questioning myself. She is my confidence, my anchor and my harbor.

The main reason I decided with work with Shelly Yo on SOFT SOUNDS OF PEELING FRUIT that is part of Indeed and Hillman Grad’s rising voices initiative premiering at 2021’s Tribeca was because of my mom. How as a child, we often ignore the love that they encompassing until when we grew up to be adults.

Image Credits
@Akanksha Shyam for “2020-10-25_Thesis_MassAve_AkankshaShyam_00032” with me on a process trailer @Zane Kalnina for “IMG_3452” for the three people in the shot The rest of the picture I have the credits.