We had the good fortune of connecting with Harry Guest and we’ve shared our conversation below.

Hi Harry, how do you think about risk, what role has taking risks played in your life/career?

I had a love/hate relationship with risk but I can now say I’m a much better risk taker. Some of my greatest opportunities and experiences have come from putting myself in the deep end, or being thrown in there, trying something new, doing something that’s uncomfortable to me. If you aren’t nervous are you really learning?

When I took a leap to write and direct full time I never looked back. I forced myself to have the time to create only and I won an award with my first screenplay. It was my marker that I can do this. Since then, through hard work and timing, opportunities have come my way that I may never have been able to take if I hadn’t taken the risk of stepping away from work that was ‘secure’ but wasn’t challenging me creatively.

Since I made the transition into writing and directing I have directed everything from commercials for Ballantines Whiskey to content for the BBC and Amazon, music videos and fashion films, Puttshack golf, car ads and television. I have various scripted projects in discussions with broadcasters and streamers and help to develop factual and scripted series for companies. 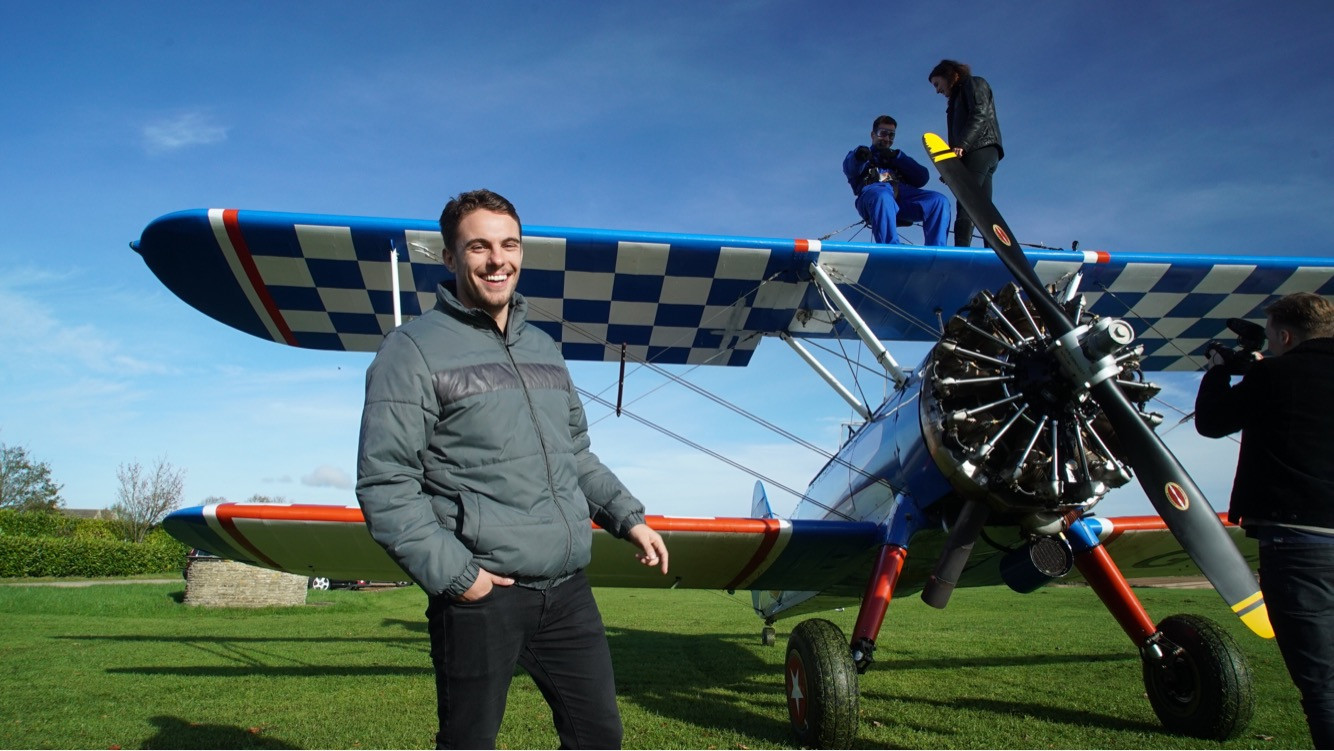 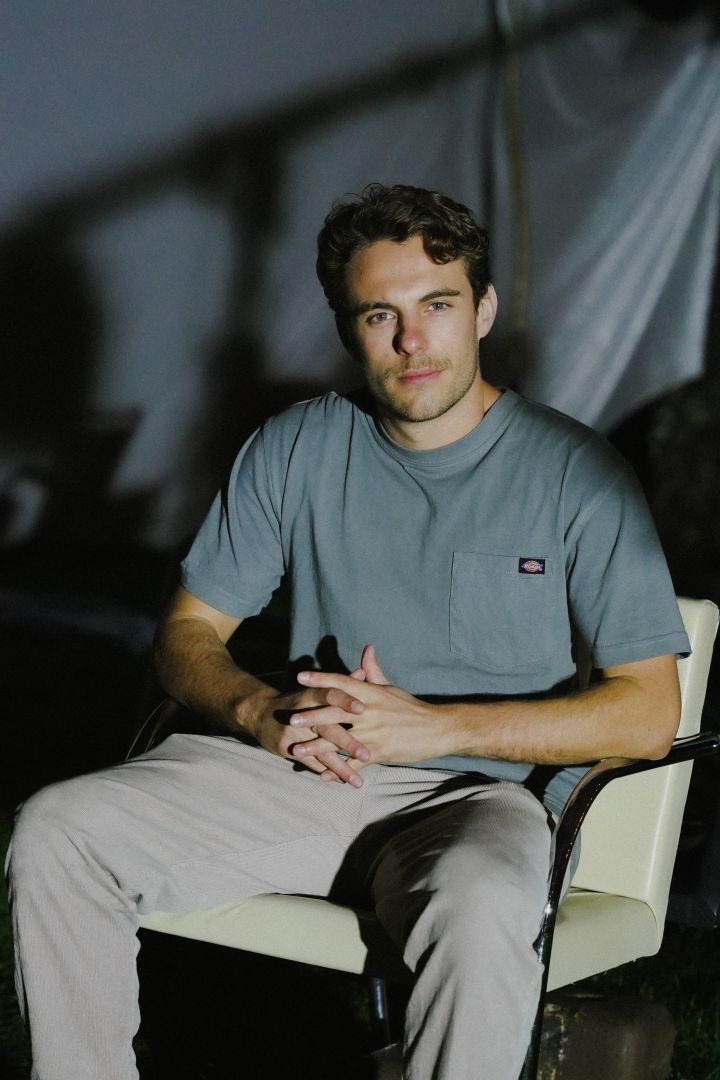 Can you open up a bit about your work and career? We’re big fans and we’d love for our community to learn more about your work.
I have always loved telling stories and putting pen to paper creatively, whether it’s scriptwriting, poetry, novels or factual. After working as a script reader for companies such as Heyday Films and Ealing Studios, I began assistant directing on movies including The Hitman’s Bodyguard and Fantastic Beasts and Where to Find Them. I transitioned into production becoming a producer at Discovery Channel, BBC and freelance. I did shark week for two years, produced commercial work to tv spots, fashion and short films to Paul Weller’s music videos.

During these years, I was always writing in my spare time, so when I made the leap to go it alone and focus on writing it felt natural. I set up a good news website, wrote my first successful screenplay and I directed my first commercial. Now I can freelance as all of the above while focusing on the main passion of writing, directing and being at the genesis of amazing ideas.

I believe telling stories can offer a holistic service to the world if you think about how many people have been touched and inspired by what they consume. If you can make someone’s hair stand on end, make them happy, sad, stoic, to think in a different way, it can’t be bad. With all the information we’re overloaded with we now have a tighter grasp on what’s going on in the world, so to be able to tell stories that tap into what we’re all thinking we’re helping to dissect and re-examine the basics. In a society where we’re constantly moving, learning, and processing new information, I think telling stories on screen and on paper is an amazing way to provide an escape for a minute or 90.

I’ve been lucky enough to write a powerful female led comedy drama series called ‘Eat My Dust’, about a washed up world rally champion driver who believes she’s still God’s gift to racing, taking pride in her ability to endure the barbs of a jealous mob who want to bring her down for her greatness. I often think people are scared to tell the story of a woman who is fearless and flawed, who is angry, single minded, focused, talented, funny and a f*ck up. This character is beguiling in her moments of invulnerability because she won’t let her issues define who she is and strangely likeable when hit by breakdown inducing flashes of self- doubt, where even she realises that she’s taken it too far. I like the idea that we can show to the world a woman who doesn’t give a shit; because so many male characters are able to do this on screen yet women generally seem to need an inciting traumatic incident to put them in the ‘don’t give a f*ck’ box.

I grew up surrounded by strong women, grafters, sharp tongues, and a love of sport. I believe that people relate to fighters and that the world needs a dose of comedy. This humour doesn’t need to be cheesy, and characters don’t need to know they are funny. It can percolate through eccentric stories and exciting narratives that are filled with real people in relatable environments. I am in pre-production on a short film called ‘Ocean Brew’ that’s all about letting go of the past and I want it to tick these boxes, to entertain and be relatable.

Work isn’t everything, and life is short, so enjoy it, and if you enjoy the hustle, go get it. You have to love what you do. There are lots of bumps on the road to wherever you’re going, so be aware and open to it and understand that tomorrow is always another day. When your chips are down there is always a way up so try and enjoy the process. If I could give any advice it would be to ask yourself; ‘am I willing to fail at this?’ If yes, then keep riding that wave. 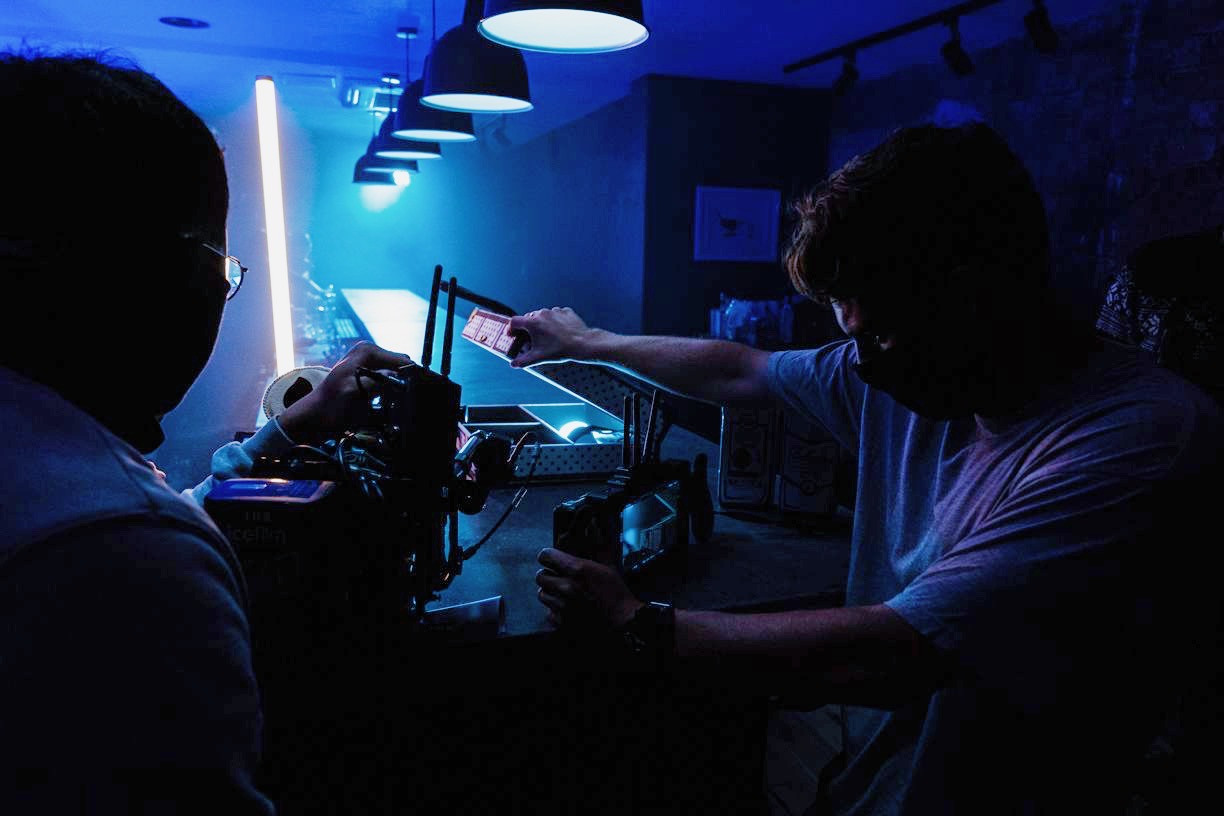 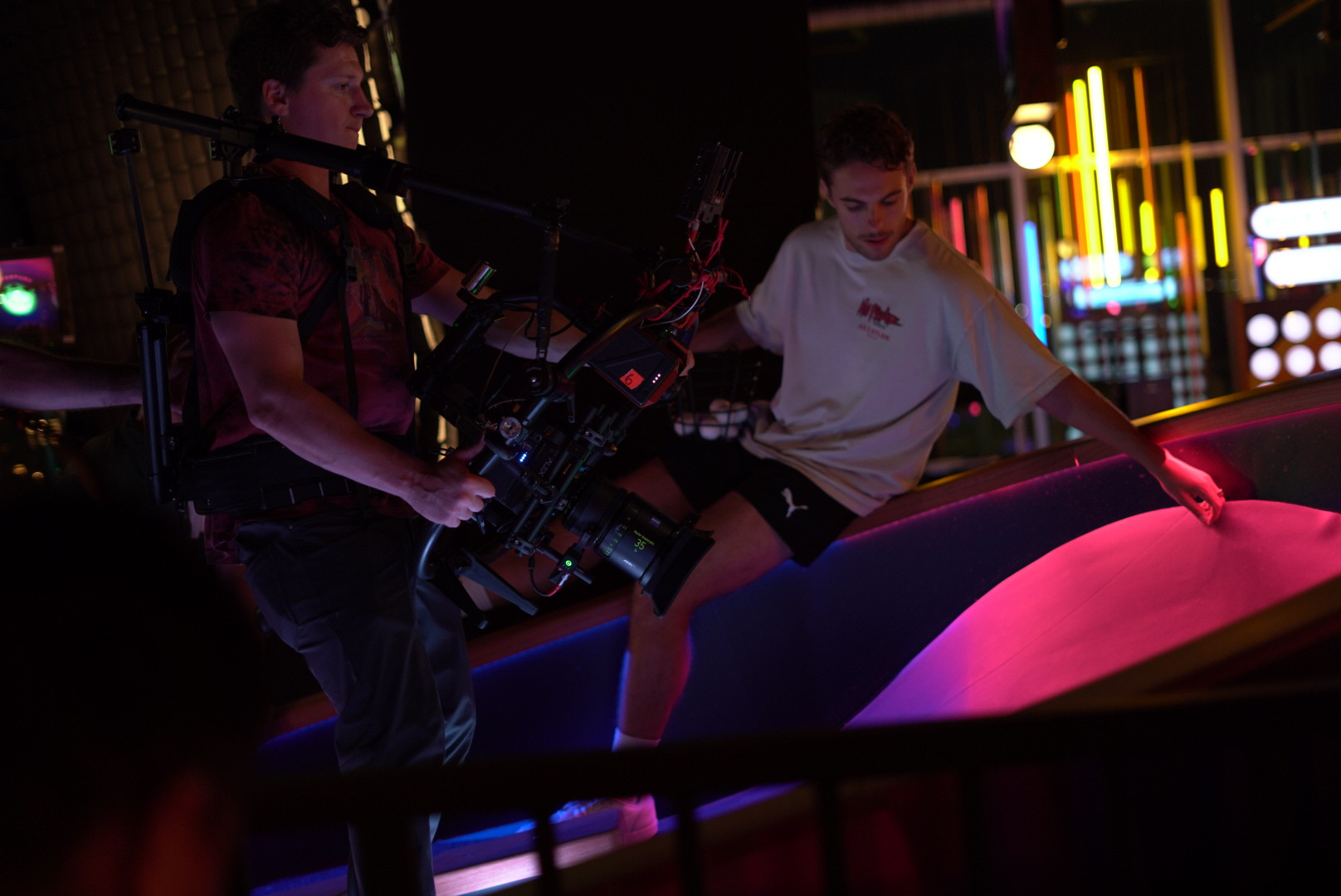 Let’s say your best friend was visiting the area and you wanted to show them the best time ever. Where would you take them? Give us a little itinerary – say it was a week long trip, where would you eat, drink, visit, hang out, etc.
I love Bricks and Scones to have coffee and write, Venice to hang, Manhattan Beach to surf! Also being a Londoner I am enamoured with the more quintessentially American places across LA so I’d be taking someone to Saddle Ranch, Barneys Beanery and the Elbow room for sure. If you want a good burger I’m dragging you to ‘For The Win’!

Shoutout is all about shouting out others who you feel deserve additional recognition and exposure. Who would you like to shoutout?
This is to the wonderful people I’ve met on and off set who believed in me to take it to the next level. 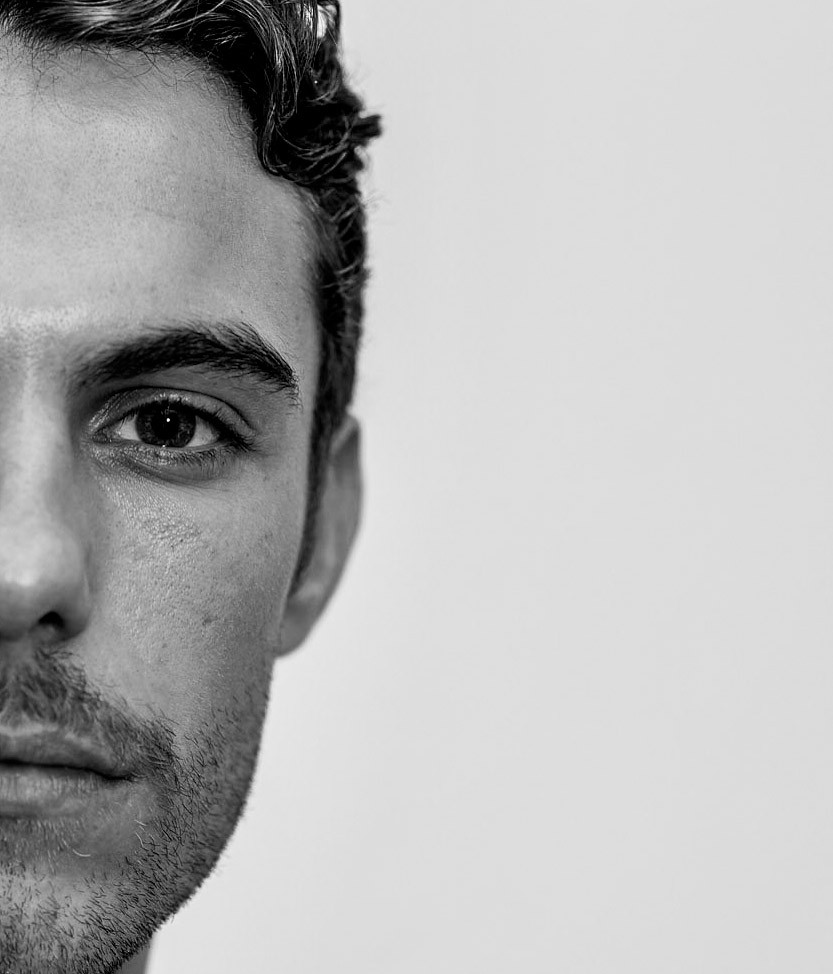 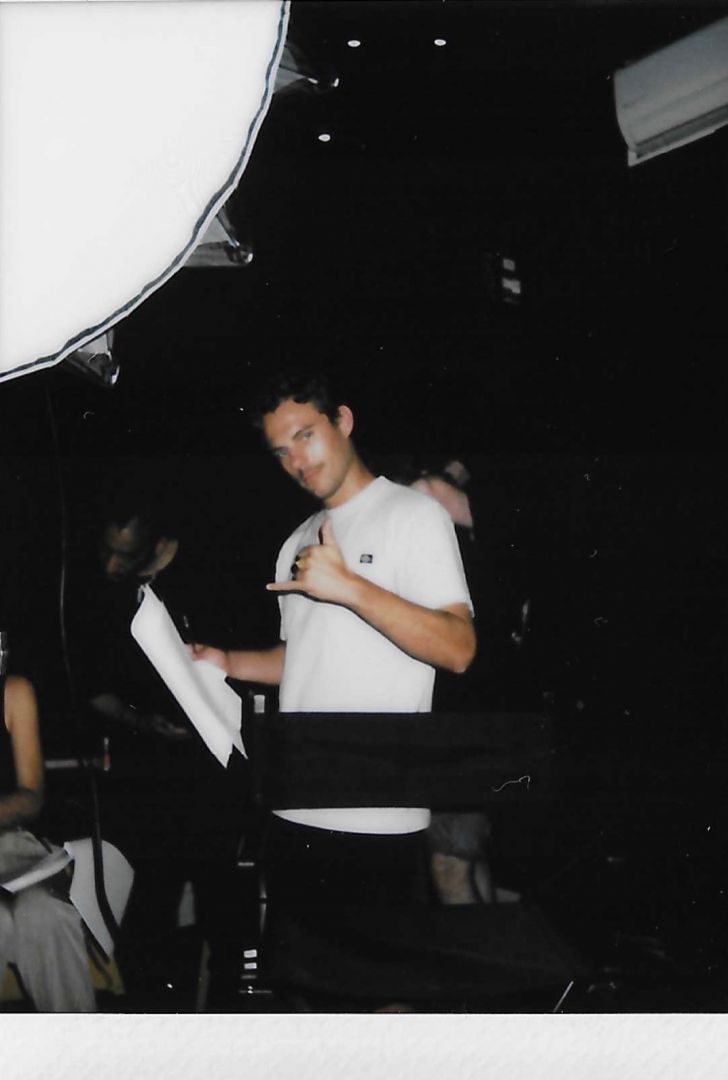 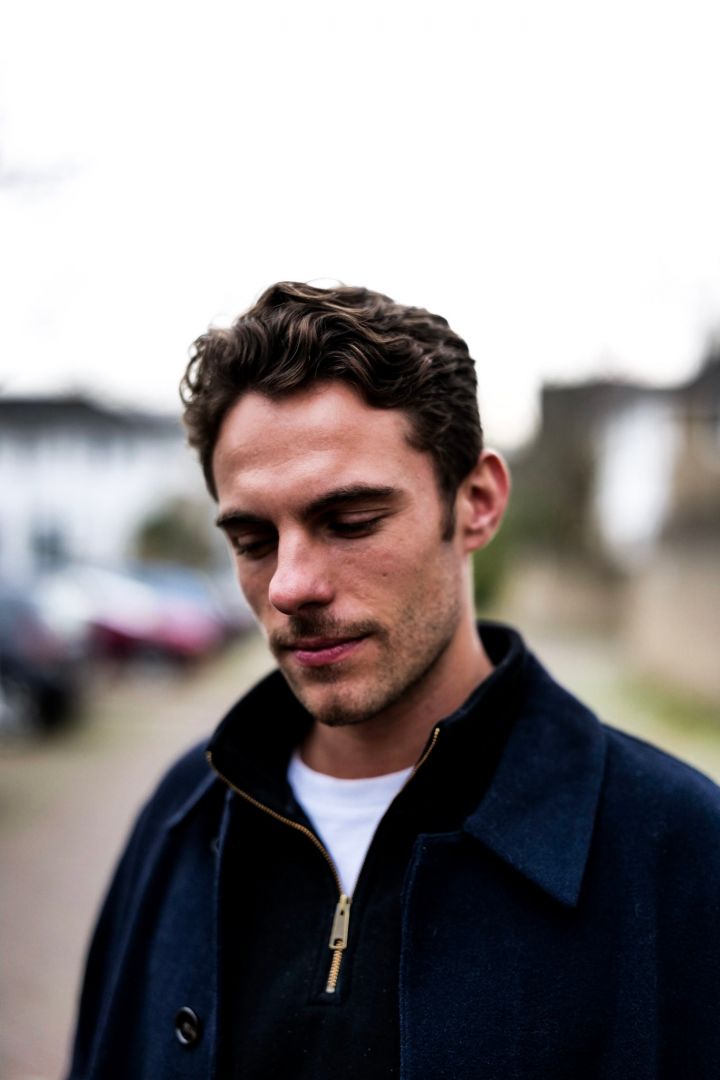