We had the good fortune of connecting with Irene Nakamura and we’ve shared our conversation below.

Hi Irene, how has your background shaped the person you are today?

When I was younger, I thought a “court reporter” was a news reporter that reported on court cases, holding a mic asking attorneys and jurors, “What did you think of the verdict?”  Years later, I learned the truth and I’m proud to own my firm that focuses on court reporting and records retrieval nationwide, and even internationally.

To give you a glimpse of where I came from, as a girl of Japanese descent being raised in Los Angeles by an Issei (first-generation) mother, it was instilled in me that my role as female was intended to be secondary to my brother’s role because he is male: It was understood that sons were more important. My mother made sure I knew that my brother was to graduate from college before I was allowed even to enroll. She had also been subjected to this and had to postpone her enrollment and college education until all of her brothers had graduated when she was young. She ended up being valedictorian of the prestigious Ochanomizu University.

The term my mother used to explain her expectation of me was “Gaman,” which means endure, tolerate, “don’t make any waves” – or more directly, “suck it up.” “Gaman shinasai” is what I heard my mother say countless times throughout my life, even today.

Instead, I wanted to be a professional and break free from this oppressive family tradition, so against my mother’s wishes, I enrolled myself into a trade school college of court reporting. Against my mother’s wishes, now hold certifications in California, Hawaii, Illinois, Nevada, and Washington State, and am a Registered Professional Reporter (RPR – National license), and a Certified LiveNote Reporter (CLR-Realtime Reporting license).  I am the founder of iDepo Reporters and iDepo Hawaii, which together have 3 locations: Los Angeles, CA; Honolulu, HI, and Poulsbo and Bremerton, WA. iDepo manages cases nationwide and internationally.  Now, I am an empowerer of mind, soul, and business. I help minority businesswomen break free from their oppressive cultural traditions or family expectations so they can thrive professionally and personally.

Anecdotally, my brother eventually earned a double Master’s degree from Yale University. By the time he graduated, he was 32 years old.  Since he is 5 years younger than I am, had I taken the path created by my parents, I would have been 36 or 37 by the time I even enrolled in college! 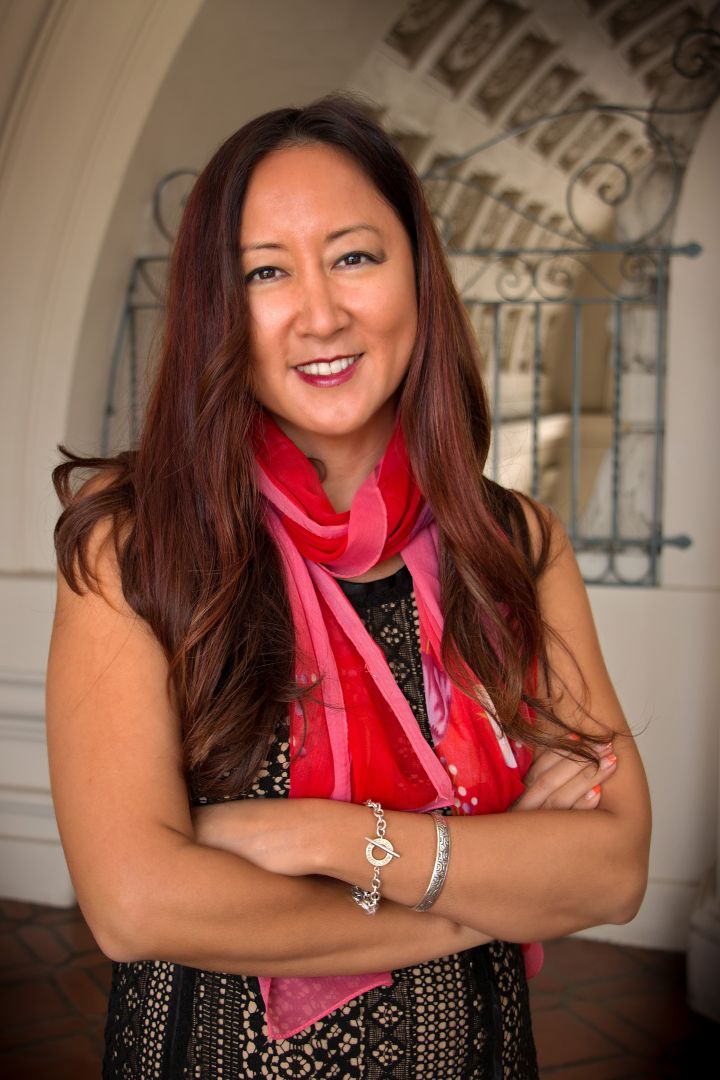 Can you give our readers an introduction to your business? Maybe you can share a bit about what you do and what sets you apart from others?

Do you know what the second oldest profession is? It’s court reporting!  It can be traced back to 63 B.C., Marcus Tullius Tiro developed a system of notation symbols and abbreviations called Tiro’s shorthand and he took dictation of Roman philosopher and Lawyer Cicero’s speeches and other matters.

Court reporting itself can be quite interesting! When I worked in the Federal Court, I reported on cases such as the Armenian Mafia case and a Colombian Cartel case which later was used as a basis for a movie called “Traffic.” I later reported on a Mexican Mafia case, the longest criminal trial before Judge David O. Carter, where during a break in the proceedings when the jurors had left, one of the defendants stabbed another defendant while exiting the courtroom. The courtroom clerk and I had crawled behind the jury box to hide, in fear of our lives.   Special agents and marshals tackled the defendants, broke it up and protected us.   In the meantime, the pregnant clerk and I had crawled to hide behind the jury boxy to hide for fear of our safety.  I took my stenomachine with me, of course. We resumed proceedings after lunch as usual.

On a lighter note, I have also reported on high-profile cases involving entertainers such as The Eagles – I took the depositions of Glenn Fry, Randy Meisner, and others, also met Don Felder regarding their song “Hotel California.” It was like reporting an MTV show! Have I dated myself?  I reported on a case involving “The Temptations”  as well, and one of them serenaded me with “Ain’t Too Proud to Beg” in the courtroom!  I was one of the court reporters assigned to report Tom Cruise’s depositions, and other high-profile cases involving The Mamas and the Papas.

What many people may not know is that stenographers (i.e. court reporters) not only report proceedings that take place in the courtroom, but also those that take place in Congress and other legislative bodies – i.e., any place where an official written record must be made.  I would like to celebrate the two amazing rock star court reporters who took down the official record of the electoral college vote in Washington D.C. on January 6, 2021, even as the US Capitol was being stormed. These two court reporters risked their lives to do their job and they did it well!

When the mob stormed the Senate and House chambers that day, the court reporters had to run for their lives taking their steno machines with them to protect the record they had already reported. They returned four hours later when the proceedings resumed and continued to work until 3:00 a.m., then turned in their expedited transcripts before finishing their workday. This incident captures the dedication and professionalism that court reporters provide every day in the work that they do and the important role that they play. Thankfully, the Congressional court reporters in both the U.S. House of Representatives and U.S. Senate were not injured in the melee.

And finally, on behalf of iDepo Reporters, we thank all of our stenographers. We couldn’t be iDepo without you.

What sets iDepo apart from our competitors is that we care about the difference we can make for our clients. We know that each case, no matter how big or small, is important to someone. We treat each case as if it were our own case, and we are committed to protecting the record.

We do our best to implement user-friendly processes for our clients and court reporters, and pride ourselves on providing the best possible customer experience.  We love working with forward-thinking law firms and companies that value and embrace diversity and inclusion. We believe that diversity leads to a better bottom line for both our customers and ourselves. Future court reporters, if you are looking for an interesting and ever-changing environment, this could be your job! 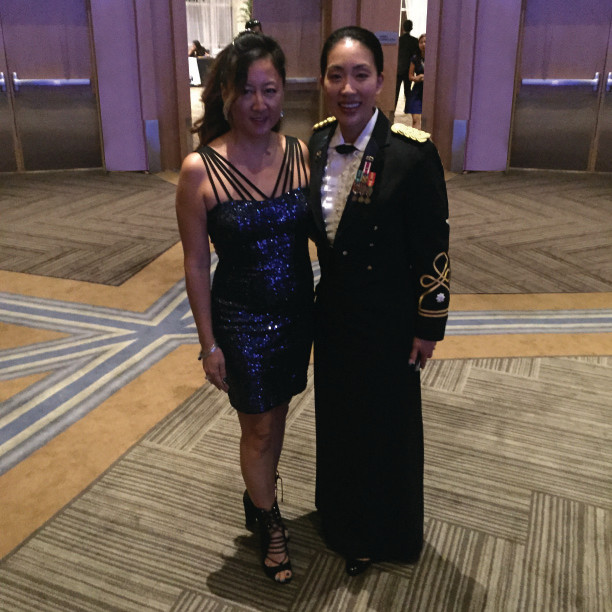 Some of my favorite sites to take visitors are Disneyland and other amusement parks. I would also take them to our beautiful beaches to go kayaking and maybe play some beach volleyball. I love the Dodgers, so if they’re playing, I would catch a game and we would dine at the Stadium Club and go wild on the buffet while watching the Dodgers win. The Huntington Library is a peaceful and gorgeous garden and museum where we could spend the day  or the Getty in Malibu is breathtaking.

For a visit back in time, we would checkout the Queen Mary and enjoy Her Majesty’s brunch. For delicious food, I would like to take them to Otafuku restaurant in Gardena for a unique Japanese noodles experience. They serve seiro soba noodles that are not sold anywhere else in the nation. Super yummy and authentic!  And for the best rollin’ rice balls in LA County, you gotta hit Jichan’s Onigiri-ya in Monterey Park!

For pure tourist fun: a Hollywood tour is a “must-do” in LA, I’m sure. See the Hollywood sign. Watch a showstopper at the Pantages. And of course, Abracadabra, the one-of-a-kind, exclusive and amazing Magic Castle. Presto! Can’t let that opportunity of fun disappear into thin air.

A family friend (who is also a Reverend) changed my life in 1995 at my father’s memorial service. He asked, “What do you do?”

He asked, “How is that going?”

He said, “You should go to the federal court and work for Judge Takasugi. Let me call Karen….” And he introduced me to Karen Uyekawa, the permanent law clerk for the Honorable Robert M. Takasugi. That phone call changed my professional career and my personal life forever! I began working at the USDC courthouse as a court reporter where I received ongoing support and mentoring from Karen and the judge himself. I learned that Karen and the Judge care for everyone, not just lawyers and law students, but people like me, and people in general from all walks of life. Judge Takasugi was like a father figure for me. He taught me compassion, and to fight for what’s right, and to always have a voice – he said, “You must be heard.” Although I take down the record, I must make my own record.

Karen and Judge Takasugi were like the dynamic duo, and I was proud to be a supporting player in their world. They shared the desire to lift up others and inspire them. After Judge Takasugi passed away, Karen worked for the Honorable Dolly Gee where she continued to mentor others, provide a sounding board, and be a mother figure to so many. And this makes Karen no longer just part of a dynamic duo, but a true superhero, all on her own.

U.S. Senator Mazie Hirono has also been a role model for me. Because of words of encouragement while I attended the NAPABA (National Asian Pacific American Bar Association) conference and inspired by her own courageous actions, I was empowered to grow my business in Honolulu. Her husband, Honolulu attorney Leighton Oshima, is a valued client of iDepo.

My father, Kenji Nakamura, was the first president of the Little Tokyo Lions Club, and DJ’d one of the first Japanese radio shows in Los Angeles’ Little Tokyo in Japanese in the ’60s. (I have a photo, but need to find)

I am also buoyed by the support of a number of attorneys: Takayuki Ono, Esq. of Goldberg Kohn in Chicago and the Pasich law firm here in Los Angeles who gave me opportunities as they sought iDepo out to support an Asian woman-owned court reporting and litigation support firm; Diana Iketani Iorlano, of Iketani Law in El Segundo, who has never waivered her support and guidance for iDepo as we continue to grow; Colonel Kay Wakatake, a U.S. Army JAG attorney and former extern of Judge Takasugi who has supported iDepo by sending us cases – she is the first Japanese-Korean woman to achieve such the rank of Colonel in the U.S. Army – and through her perseverance, she continues to inspire us.

We also celebrate our reporters, videographers, and clients annually at a blowout Halloween party. Last year, during the pandemic, we held a “Masked-querade” party that was a virtual casino and games night.  A lot of fun was had by all! 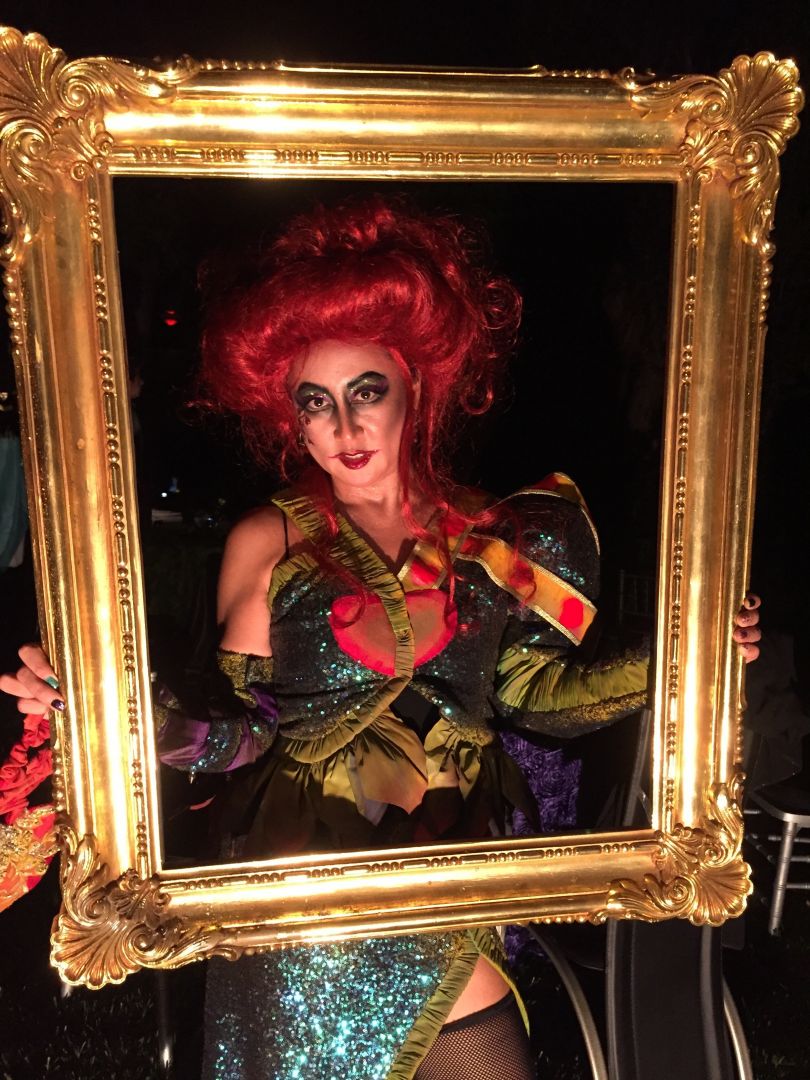