We had the good fortune of connecting with Jac’leen Smith and we’ve shared our conversation below. 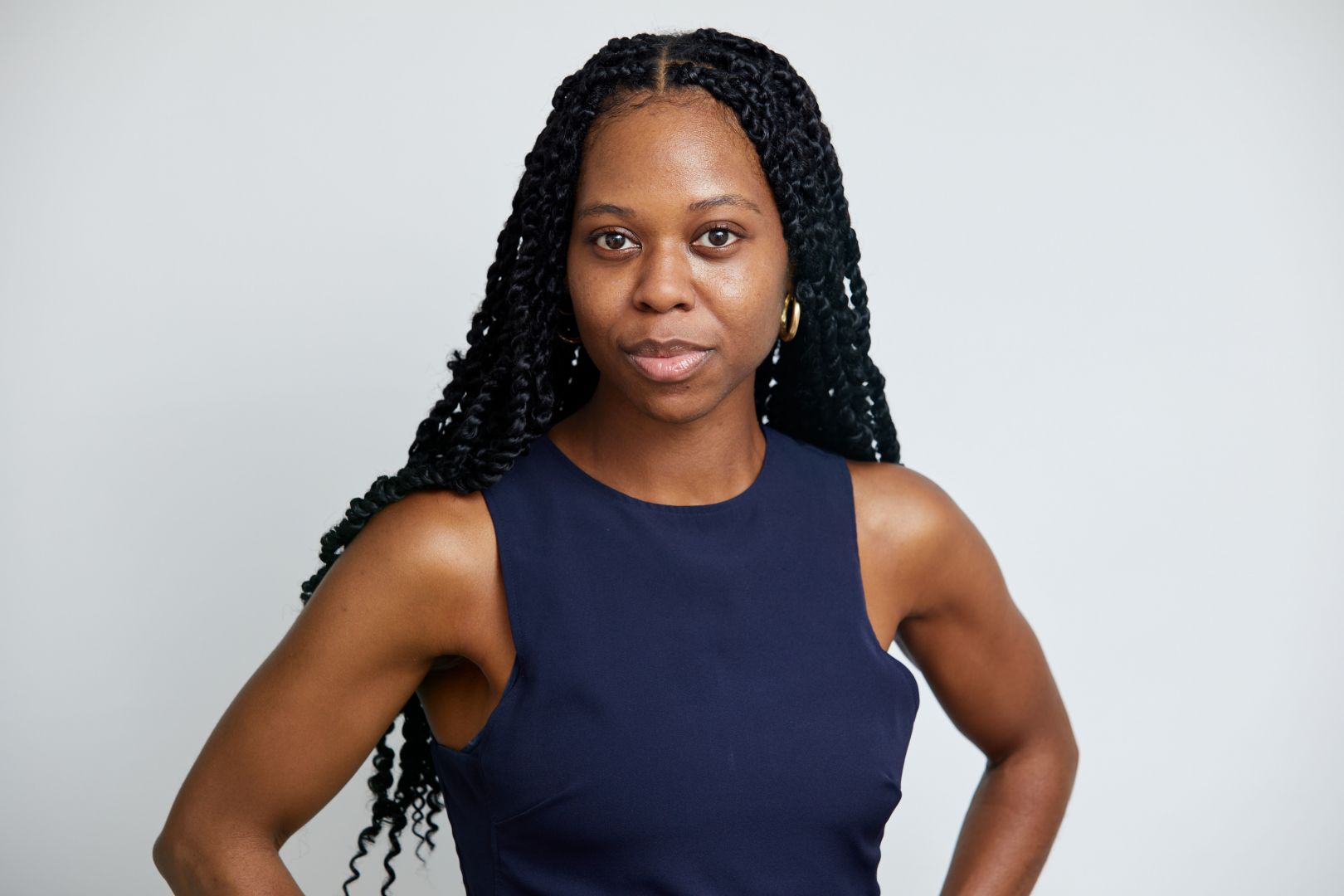 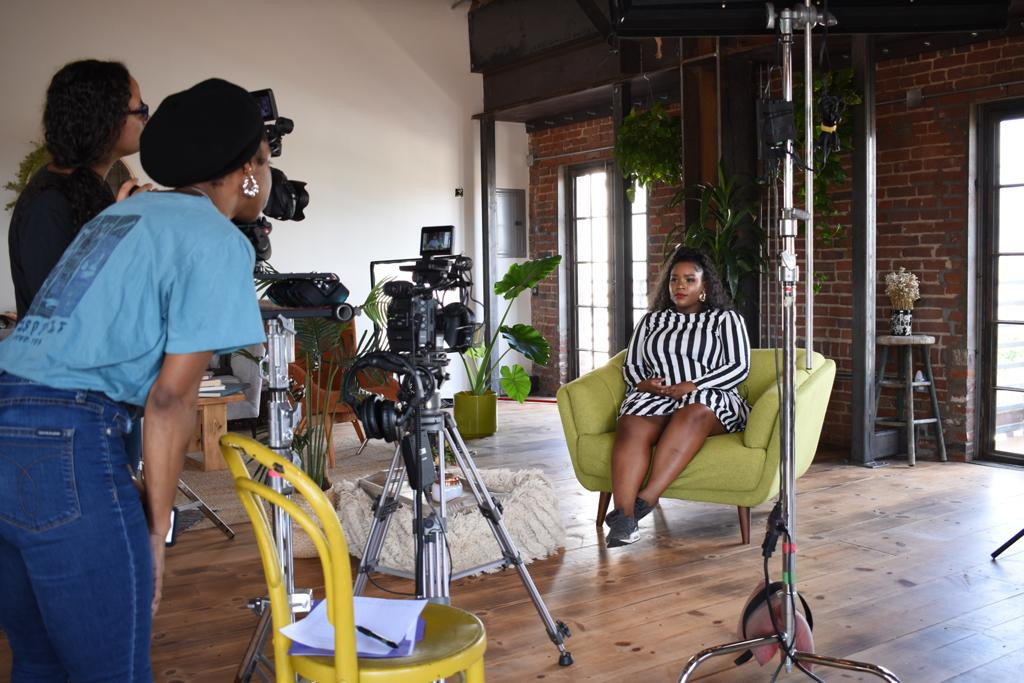 Alright, so let’s move onto what keeps you busy professionally?
From the time that I was in second grade, I knew that I would become a magazine journalist. I studied in college and in grad school. However, shortly after, I noticed how drastically the landscape of print journalism had changed and as my interests shifted, so did the vehicle in which I wanted to utilize to tell stories. It wasn’t until 2010 when a good friend of mine Angela Brown who I’ve known since we were 7 or 8 from growing up in Girl Scouts together, asked if I would be interested in joining her team at Viacom for the VH1 channel, as a PA. I accepted with no hesitation and ever since then, I’ve been working in media and entertainment. Working in this industry has come with its rewards as well as its challenges. The rewards have been seeing the work that I’ve contributed to, be shared on larger platforms resulting in a larger reach. The challenges have come in the form of my experience as a Black woman encountering pay inequities, the lack of promotion, and also being subjected to toxic leadership as well as work environments earlier in my career. However, I’ve met some really great people along my journey and I’m happy to say that a handful of those professional relationships have evolved into awesome friendships. I was able to overcome those challenges with the guidance and advocating from peers, friends, and my mom who’s always such an amazing sounding board. I also had to learn that my value isn’t determined by those who attempt to undermine it nor by those who refuse to acknowledge it. Knowing that helped me be more discerning about the environments in which I wanted to work in and it also taught me that it’s okay and at times necessary to say “NO” or walk away from places and people who don’t value me. There’s a freedom in that, that is priceless. When I think about my career and I think about where I am today, I would have to say that one of the things that I am proud of is my work on the feature-length documentary ‘Taylor Swift: Miss Americana.’ After that film was released in 2020, it was great to see such positive responses to it. However, what was even more rewarding is how other young women of color who either work in media or were in school, saw my name in the credits, researched me, learned that I was Black and reached out to me because they wanted to include me in their thesis, or they wanted advice on how I navigated my career. Also, they were just thrilled to see another woman of color producing and that’s when I actually felt like the work I was doing was having an impact. Currently, I’m excited and very proud that I took the time to finally pour the energy that I put into projects for major companies—into myself and into my new digital series, ‘Dear Younger Self.’ I conceived of ‘Dear Younger Self’ in 2018 by just jotting it in one of many journals. It wasn’t until 2019 when my friend Victoria Miller connected me with Meghan Duffey, a career coach who has now become a friend — that I was motivated to take that concept from paper to a fully-realized series. After expressing to Meghan that at the time, I felt overlooked and undervalued in my career, Meg suggested that I make something of my own. She asked, “What can you make right now?” I shared with her that I had an idea for a series, but I wasn’t sure how I’d pull it off. I told her about the concept. She thought it was great. It was her insight along with her enthusiasm that gave me just the extra push I needed to proceed with making the series. It was also the fact that I believed in it. It was shot in Los Angeles in 2019, while I was still working on ‘Miss Americana’ with the help of an awesome crew. Not only was it important for my series to center Black women in front of the camera sharing their experiences, but it was equally important to me for the hardworking talents behind the camera to be individuals of color as well. Shouts out to Sara Garth, the Director of Photography for ‘Dear Younger Self’ and who immediately connected with the concept for ‘Dear Younger Self’ and executed it beautifully. Also, thanks to the Producer Davis Northern for truly ensuring such a seamless shoot for ‘Dear Younger Self’ and for supporting me in the post process. ‘Dear Younger Self’ was inspired by me figuring out how to navigate life and all of the aspects in between like love, life, and relationship. It was also inspired by the conversations I found myself having with the women in my life and hearing them share their stories of triumph and trials and at times, be able to find the humor in. In addition, Phylicia Rashad’s letter to her 21-year-old self also served as inspiration. I am so grateful that these four women agreed to participate in this series. It isn’t an easy task to let down your guard and to be vulnerable, but each of these women did so and more and I truly hope that their insight and candor resonates with people. It is my hope that ‘Dear Younger Self’ inspires people to pose the same questions being asked in the series to themselves and to open up a larger dialogue within their friends and family. Ultimately, my work seeks to engage, inspire, amplify voices who are silenced or aren’t often heard, and to positively impact people from all walks of life. 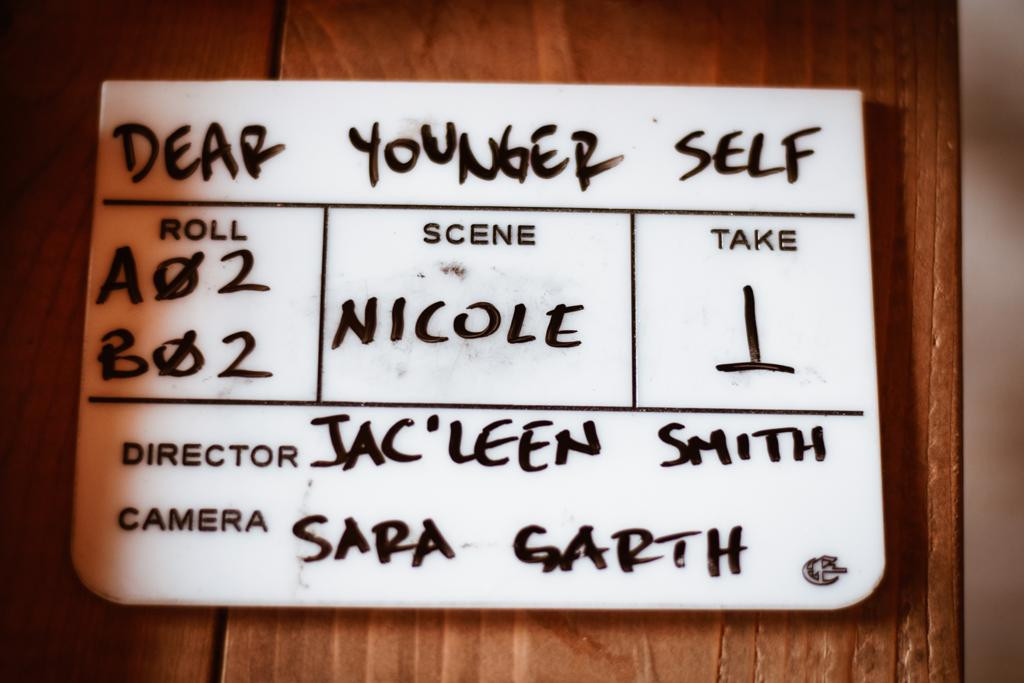 Any places to eat or things to do that you can share with our readers? If they have a friend visiting town, what are some spots they could take them to?
This is actually great because a good friend of mine recently visited and my friends and family can vouch for me, I am the queen of itineraries. I’d start the week off by taking my friend to Santa Monica Pier. I know it’s touristy, but it’s fun. Plus it’s sort of a one-stop-shop. You have the beach, rides, and restaurants. We’d then take scooters over to Venice Beach, walk the boardwalk and take in more beach! Later that evening, we’d order in takeout from Galanga Thai Fusion because the Crispy Basil Fish and the Coconut rice is bomb! Tuesday, we’d go for an early hike at Griffith Park and check out Griffith Observatory. After, we’d head to Melrose for brunch at Fratelli Cafe for my favorite and their signature croissant french toast. On the way home, we’d grab Tastu Ramen for some of the best vegan ramen for dinner. Wednesday would be all about arts and culture. We start at LACMA and then make our way to The Broad and. We’d then make our way to Little Ethiopia to have dinner at Messob Ethiopian. Later that night, we’d hit up The Room in Hollywood to get a little two-step in and unwind. Thursday, would be another day for art and culture, where we’d check out some exhibits at CAAM and then head to my friend’s gallery Residency Art and Inglewood. After that, we’d grab some platters from Dulan’s Soul Food Kitchen. Friday, I’d take my friend to Silverlake for brunch to All Day Baby for some fire chicken biscuit sandwiches and cocktails…I love biscuits! Then we’d head to Echo Park for the Farmer’s Market. Then we’d walk to Raven: Things Collected. I love that shop. There’s lots of cool jewelry and vintage clothes. We’d cap the day off by grabbing some mezcal cocktails and burritos across the street at Bar Flores. Friday, we’d go to the Slauson Super Mall, then we’d make our way to Leimert Park to check out ART & Practice, Eso Won bookstore, Sole Folks, Sika, and Neighbors Skate Shop. Not to mention grab some incense, body butter, and spices from Nappily Naturals. We’d then grab food from Ackee Bamboo to take home. I love their BBQ jerk chicken and their pineapple ginger juice! Friday, we’d do head to Universal City Walk and then head to Studio City to get Indian food from Lal Mirch. Saturday would be a super chill day. We’d have brunch and cocktails at H Cafe. I love their fried chicken sandwich and their biscuits! Sunday, I would just make us breakfast before I saw my friend off for her flight. 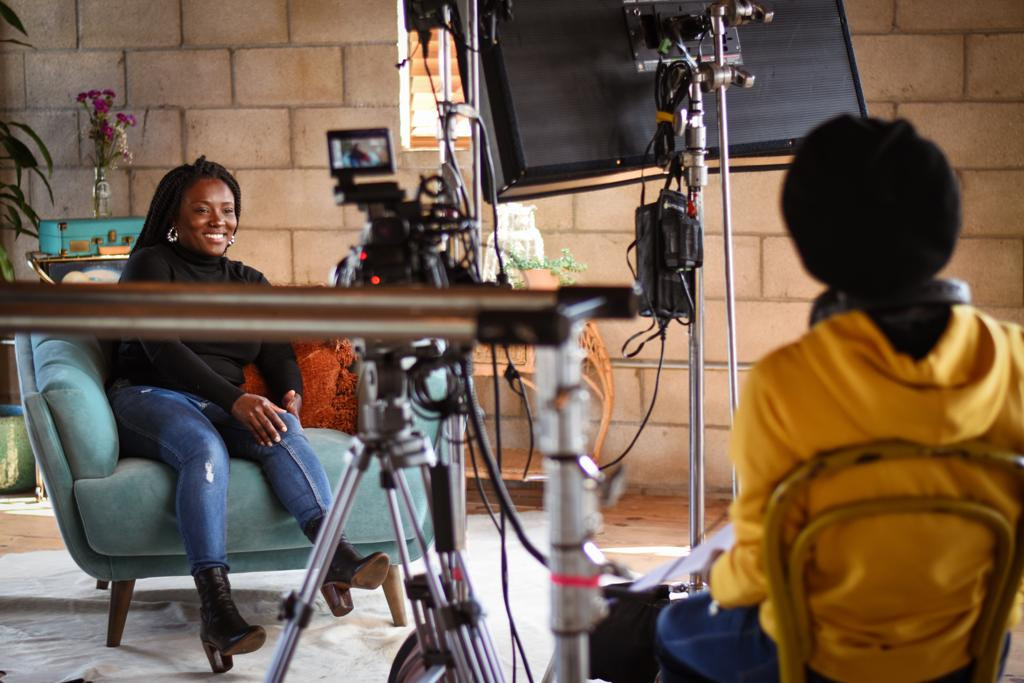 Shoutout is all about shouting out others who you feel deserve additional recognition and exposure. Who would you like to shoutout?
Wow! That’s a loaded question. I have a whole tribe of folks that I would love to shout out. First and foremost, my mom has always been my rock and foundation. Making the decision to move to LA was challenging knowing there would be so much physical distance between us. However, she continues to be a great source of love, support, and friendship. We talk daily and she has since visited me twice since my move. I have to shout out my family as well as my friends on the east coast and the west coast for always reminding me that no matter near or far, they are here for me. I won’t name them, because I would hate to leave anyone out, but I keep a close circle of friends so I trust that they know who they are. I also want to shout out Iyabo Boyd for creating Brown Girls Doc Mafia. If it weren’t for BGDM, I wouldn’t have been connected with Director Lana Wilson and Producer Christine O’Malley, to be afforded my first opportunity to work in documentary film. I’m also grateful to BGDM and its network of fellow talented creatives as I was able to hire fellow member Taylor Walker as an editor on my series, “Dear Younger Self.” I am also thankful to be a member of Women of Color Unite founded by Cheryl L. Bedford. WOCU is a social action organization that focuses on fair access, fair treatment, and fair pay for women of color in entertainment and media. If it were not for WOCU, I would have not been able to connect with so many awesome women as well as be paired with my mentor Nneka Enurah through the #Startwith8 mentorship program. Nneka has continued to support me as well as my endeavors long after the mentorship, and it’s just great to have good people as advocates. 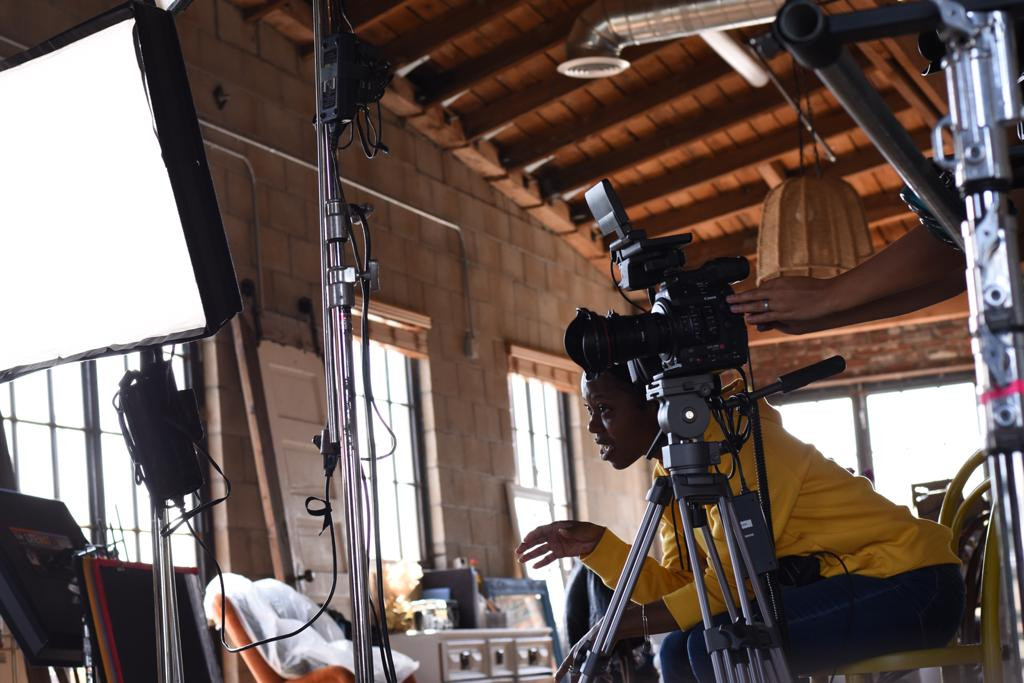 Image Credits
My headshot was taken by a photographer at The Headshot Truck in North Hollywood. All remaining photos were taken by Mursi Haynes Fortune (@mursihaynes on Instagram)