We had the good fortune of connecting with Jamie King Colton and we’ve shared our conversation below.

Hi Jamie, can you tell us more about your background and the role it’s played in shaping who you are today?
I was born in Buffalo ,New York where I started studying saxophone at 9 years old.The weather normally was so bad all I could do was stay home and practice.This of course gave me an edge to become a better musician.At 10 years old I got my first drum set and every year after starting learning,guitar,clarinet,piano,organ,flute and more.My current count of instruments I play is at 35.I joined my first band at twelve with long time Steve Miller Band drummer Gary Mallabar.I studied with the finest sax teachers in the city and became a proficient artist on the horn.. 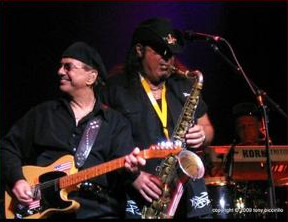 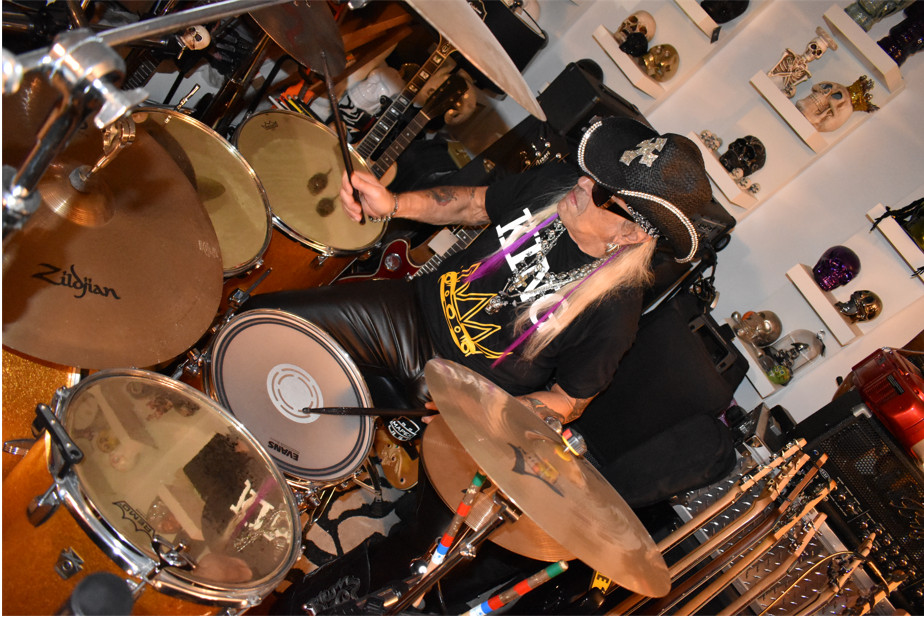 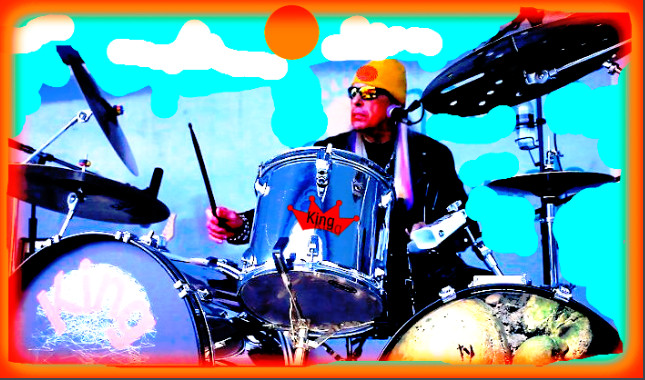 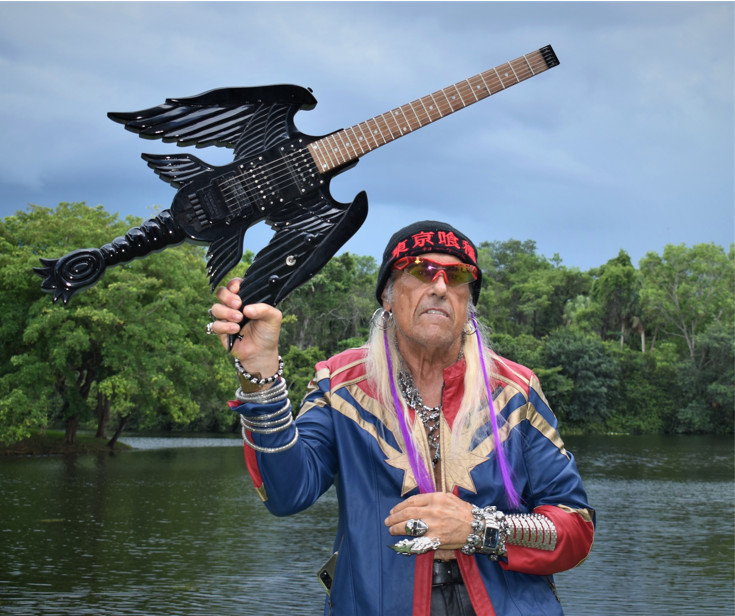 Can you open up a bit about your work and career? We’re big fans and we’d love for our community to learn more about your work.
I have always had a plan and that was to play as many instruments as possible to the best of my ability,become a composer,and to do my own recordings of my compositions playing every instrument and lead vocals.I have 7 albums released worldwide of my songs performing everything myself.I was recently named 12 times #1 Singer/Songwriter in South Florida.My first big opportunity was joining a group signed to Motown Records straight out of high school and toured with them for 2 years.We scored a number of records on the charts with the song “Here Come Da Judge” by The Buena Vistas hitting #1 in most countries around the world.Touring was a challenge then travelling in cars and a van sleeping on top of equipment and doing non-stop dates around North America. I also did 11 World Tours with Rock And Roll Hall Of Fame legend Dion and 3 years as Musical Director/saxman for Grammy winner Little Eva touring the USA,Canada,Australia,Germany,Greece,England,Scotland and Wales in concert with Bob Seger,Jerry Lee Lewis,Temptations,Little Richard,3 Dog Night,Pat Travers,4 Tops,Rick Derringer,Ramsey Lewis,Kenny Wayne Shepard,and many more.I am currently writing and recording with Woodstock creator and former vice president of Capitol Records Artie Kornfeld and plan to release a new album of our songs later this year. I learned to prepare myself mentally for the stage with a confident and positive attitude. I also learned discipline is very important and to avoid the traps that many musicians fall into like drugs and alcohol.Getting the proper rest,exercise and diet are all part of being the best you.

Any places to eat or things to do that you can share with our readers? If they have a friend visiting town, what are some spots they could take them to?
I have lived in the Fort Lauderdale area for over 40 years and still appreciate it so much.The beach is my comfort and the sun gives we energy and vitality. I spend alot of time outdoors.I take a few of my friends to an amazing park which is actually my back yard.I bring a drum set and play in the middle of nature among the lush greenery.I have been appearing off and on for many years at The Hard Rock in Hollywood Fl. and it is a magnificent venue to bring friends to watch my show.This year alone Paul McCartney,The Rolling Stones,The Who,Frankie Valley,Motley Crue,Billy Idol and many other superstars have appeared there in concert.The structure is built like a giant guitar and features restaurants,nightclubs,shops,a hotel, a 7000 concert hall ,a casino and more.The pool area is incredible. I also spend alot of time working out in several gyms and swim as much as possible.I like to invite friends to join me in staying fit.. 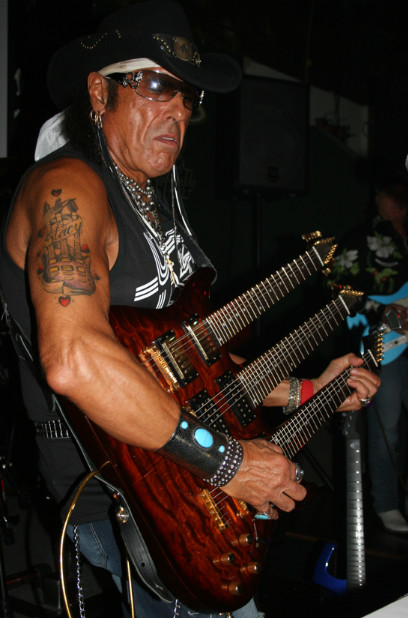 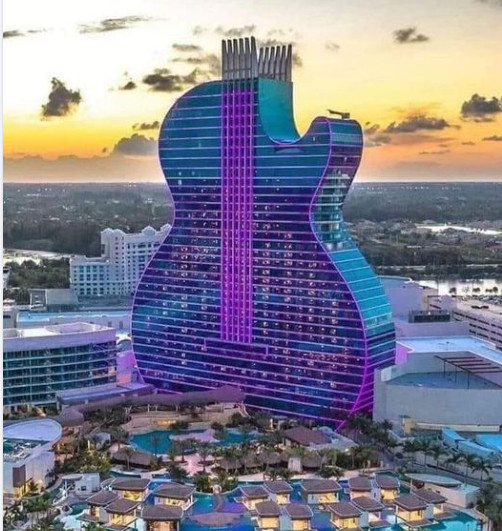 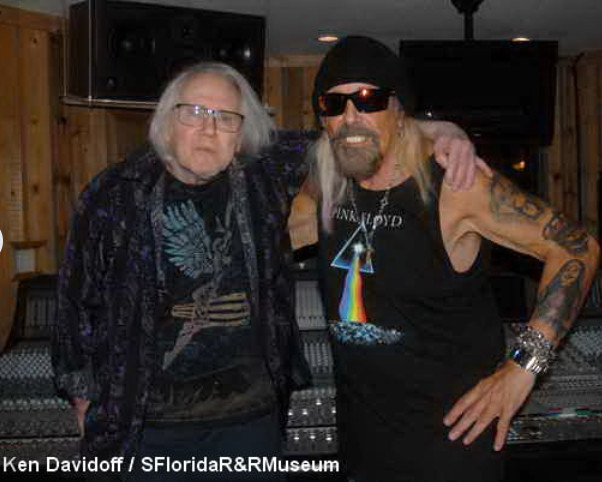 Who else deserves some credit and recognition?
My parents and my uncle where the basis of my support system as far as encouraging me to study music.My mother and her father were both Romanian Gypsy violinist that play professionally and my uncle Eli was a jazz saxophonist and pianist who played in the Army band.Elvis also played a major role in my decision to dedicate my life and career to music.i truly believe that number one inspiration would be from God.