We had the good fortune of connecting with Jaseida Mojica and we’ve shared our conversation below.

Hi Jaseida, we’d love to hear about how you approach risk and risk-taking
I’ve always followed my heart first, then my gut and finally my mind. It’s important to take big risks in life in exchange for big rewards. I originally graduated premed with a degree in Biochemistry and a scholarship in the Performing Arts. I knew my dream was to open up a performing arts studio called WESPAC and later become an actress. This would mean not going on to medical school, but the performing arts were my dream from the age of 10 years old. I was lead by that strong nagging desire which I couldn’t get rid of or explain to anyone around me because they thought It was crazy to give up my hard earned education. Although, that same educational experience would later go on to help me in starting my own business. The many years at my dance studio were some of my best and worst memories because you can’t have the good without the bad. I learned so much about myself from my students. Prior to the pandemic I sold my studio to pursue an acting career…again everyone thought that was crazy, but when I get that feeling, I just leap forward hoping the net will appear. The past few years have also been the toughest of my life since my family has had to overcome a lot of obstacles, but at the same time I have experienced the most growth professionally in my career and also personally in my life. As I look back now on all of these experiences, I realize that it has actually been a very interesting and beautiful life that I would never change even amongst the various obstacles. It is what has built my character in life and given me the strength to keep moving forward. I can’t wait to see what great surprises the future holds in store for me and my family. 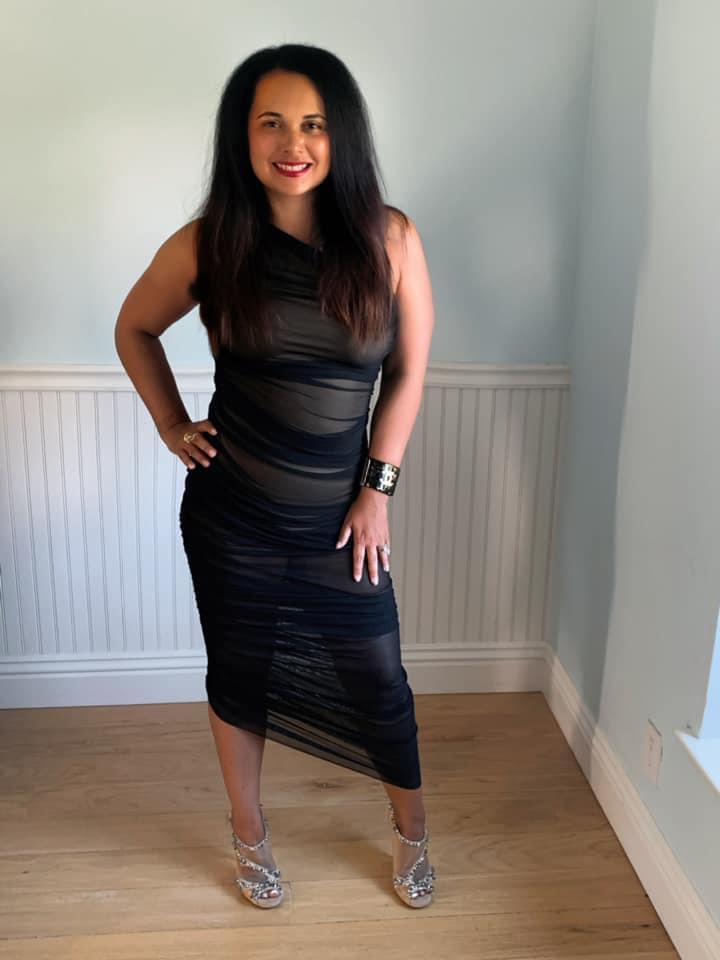 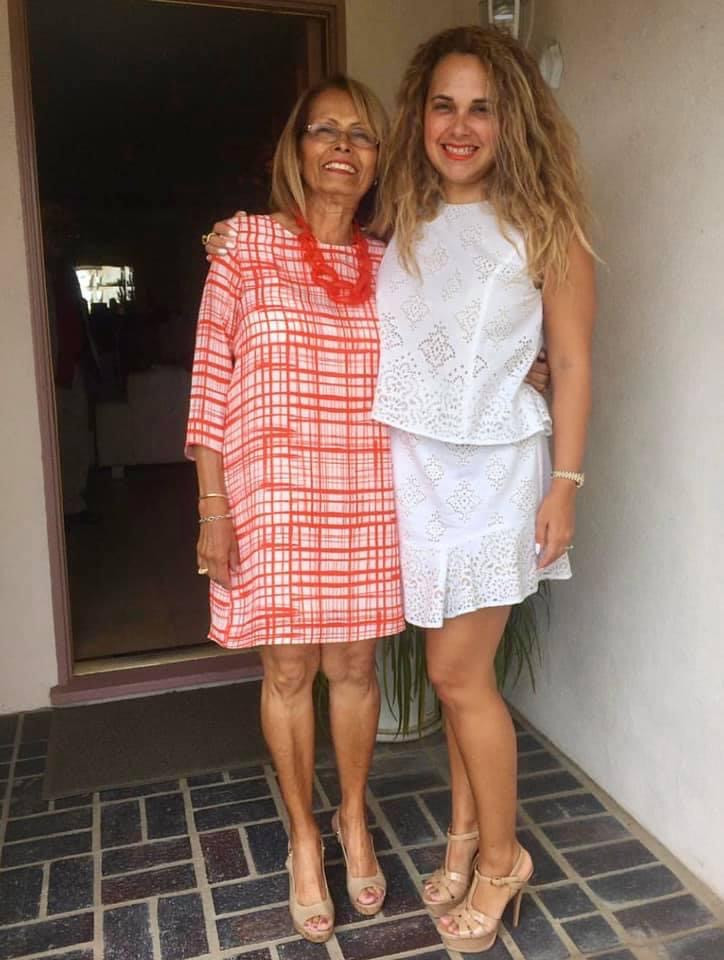 Can you open up a bit about your work and career? We’re big fans and we’d love for our community to learn more about your work.
I always wanted to work in the entertainment industry and live my life vibrantly with all of my creativity and imagination. My most proud moment in my career was the opportunity to work with AT-Risk Youth, the LGBTQ and Autistic communities. There have been a lot of turns and twists in my journey from premed student to dance studio owner to actress, but that’s exactly it! It’s all about the journey and not the destination that makes life so interesting and worth living. Life as an actress, has brought so much joy and pain at the same time. My life experience is a reflection of the world and as an actress I have to be a part of the world in order to have empathy for the lives I portray on stage and on screen. I just wrote the third draft of my first multi-camera comedy sitcom pilot “Can’t Do Anything Right” and it’s inspired by my mom, Sonia who has survived malaria, cancer and is now overcoming Alzheimer’s disease. She is a real life hero and has shown me what true love and strength are in the face of adversity. In writing the third draft of my pilot, one of my mentors Allen Hooper, mentioned to me that it is very reminiscent of the Mary Tyler Moore show, in that it tackles serious issues in a light and comedic way. I also do stand up in LA and it is a very different form of art that has helped me to transform the painful experiences into a brighter outcome with laughter and relativity. It always feels good when someone comes up to you after a show and thanks you for sharing one of your stories as they can relate to it very well. I recently signed with theatrical agent Courtney Peldon at AQUA Talent Agency and was pinned for one of my very first auditions for an episodic on FX. So fingers crossed on that one. 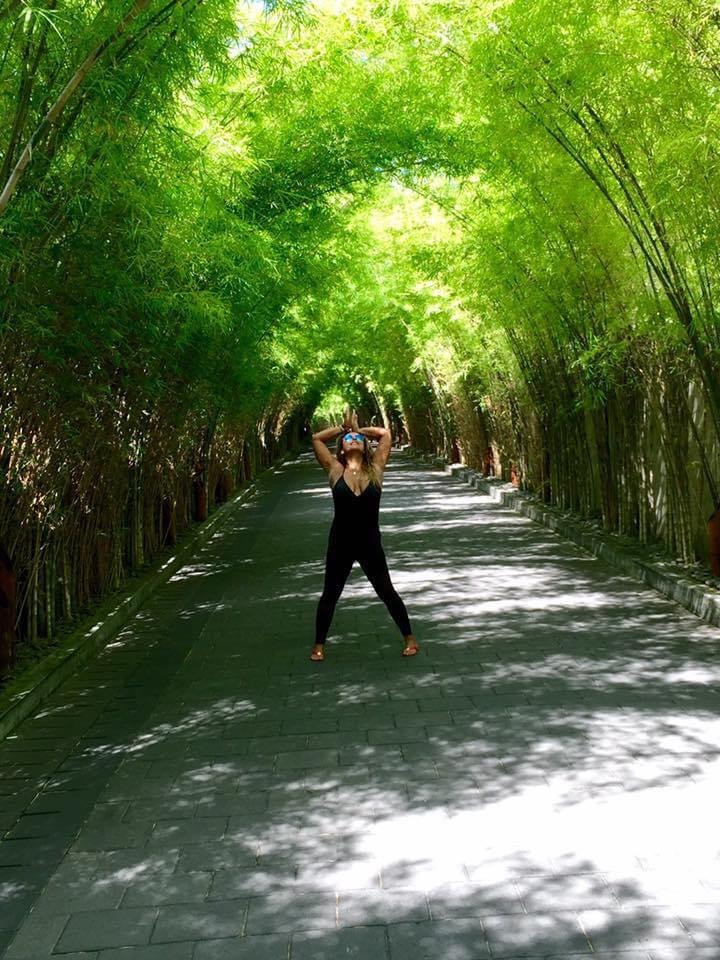 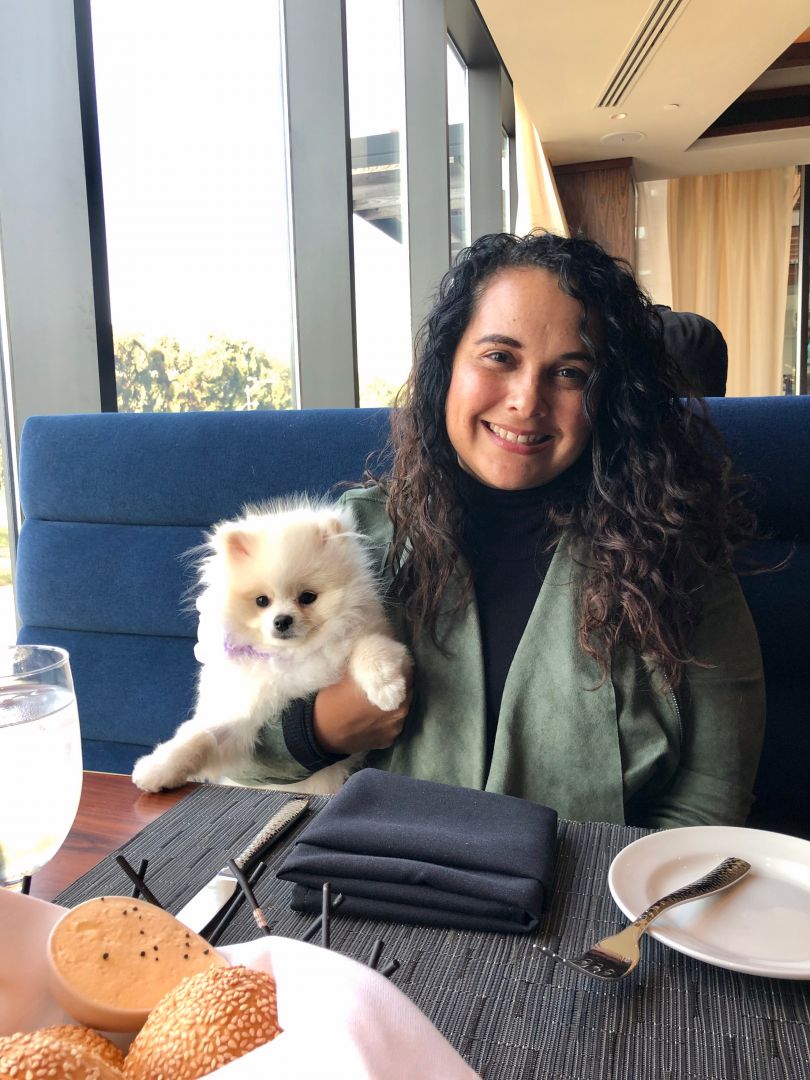 If you had a friend visiting you, what are some of the local spots you’d want to take them around to?
Let’s start with my favorite place to live in LA, West Hollywood, often referred to as Beverly Hills adjacent. My favorite places in West Hollywood are The Grove, LACMA, La Brea Tarpits, Erewhon and Melrose. The Grove is Caruso’s fantastical answer to outdoor malls full of great shops, outdoor dining, a movie theatre, Nordstroms, the farmer’s market and a waterfall light show. Don’t forget to get in line early for Brazilian food at the farmer’s market since it’s usually around the corner by lunch! And you might even catch a glimpse of Caruso as he’s usually perusing by the grassy waterfall area incognito where the bands play music on the weekends, it’s very Disney-like. LACMA is my favorite museum and always has new interactive exhibits. plus they allow my emotional support pups as guests and it’s right next door to the LA Brea Tarpits. If you’ve never gone to Erewhon, let’s just say it’s the top drawer of grocery stores and it looks just like a candy store inside, but enter at your own risk because it’s a bit pricey and well worth it! Cecconi’s on Melrose is my favorite restaurant and they serve a divine salmon carpaccio, beef tartare with the best breadsticks and Aperol spritz in town. In Malibu, I love brunch at Geoffrey’s with their brightly painted tables, glazed donut breakfast sandwiches and effervescent champagne cocktails followed by a trip to the Getty Villas and then a tour of the Malibu Wine Safari with Stanley the resident Giraffe as your ultimate host! Beverly Hills is great for fine dining and shopping on Rodeo Drive followed by a drink in the green room at the Beverly Hills Hotel where you might catch a glimpse of some A-List celebrities. Then lunch at the Ivy on Robertson Blvd where the owner brought us lobster spaghetti with a firecracker candle in our red velvet cake for my birthday and our lil pup Jujubee fresh chicken in an autographed bowl for us to take home. And you can’t leave before stopping at the kitsch Kitson store down the street. In Downtown LA, I love Bottega Louie where every meal is a dream and every dessert is a work of art. Then walk to nearby museums like MOCA and the Broad where the gift shops are just as fascinating as the art itself. In North Hollywood, you’ll find amazing music at the Hollywood Bowl, and on Hollywood Blvd the famous TCL Chinese Theatre and of course Ripley’s Believe It or Not and the iconic Guinness Book of World Records are just plain good old hangouts for a couple of big kids at heart like us. Studio City is legendary for networks like Universal Studios, Warner Bros. and a lil street called Tujunga where you can check out Aroma Cafe and grab a gluten free chocolate chip cookie, decaffeinated earl grey tea with oat milk and a salmon and fried goat cheese salad right next to the screen writers writing their new network draft screenplays in the not so secret writing room. Finally, Pasadena is home to the Huntington Library and Botanical Gardens where you can have afternoon tea, watercress sandwiches and cranberry crumpets with honey butter in a lavish rose garden followed by a quiet meditation in the midst of the Japanese koi ponds, succulent gardens. and classically fascinating sculptures of all the Ancient Greek gods, including my favorite Aphrodite herself, known in Roman mythology as Venus. And on the seventh day, if you still have time, go to LA DanceFit in Santa Monica and take a dance class followed by a healthy lunch of grilled ahi tuna and a honey baked sweet potato at Eataly in the Century City Mall or opt for a tempting surf and turf with a lemon drop martini on dry ice at Del Frisco’s for more of a fanciful affair. Top it off with an evening riding the ferris wheel and playing games on the Santa Monica Pier and finish with a moonlit walk down the Third Street Promenade. There are so many other great places to visit like Barton G’s in WeHo and the cat cafe on Melrose, but we only have a week and to truly experience LA you would need to come back! 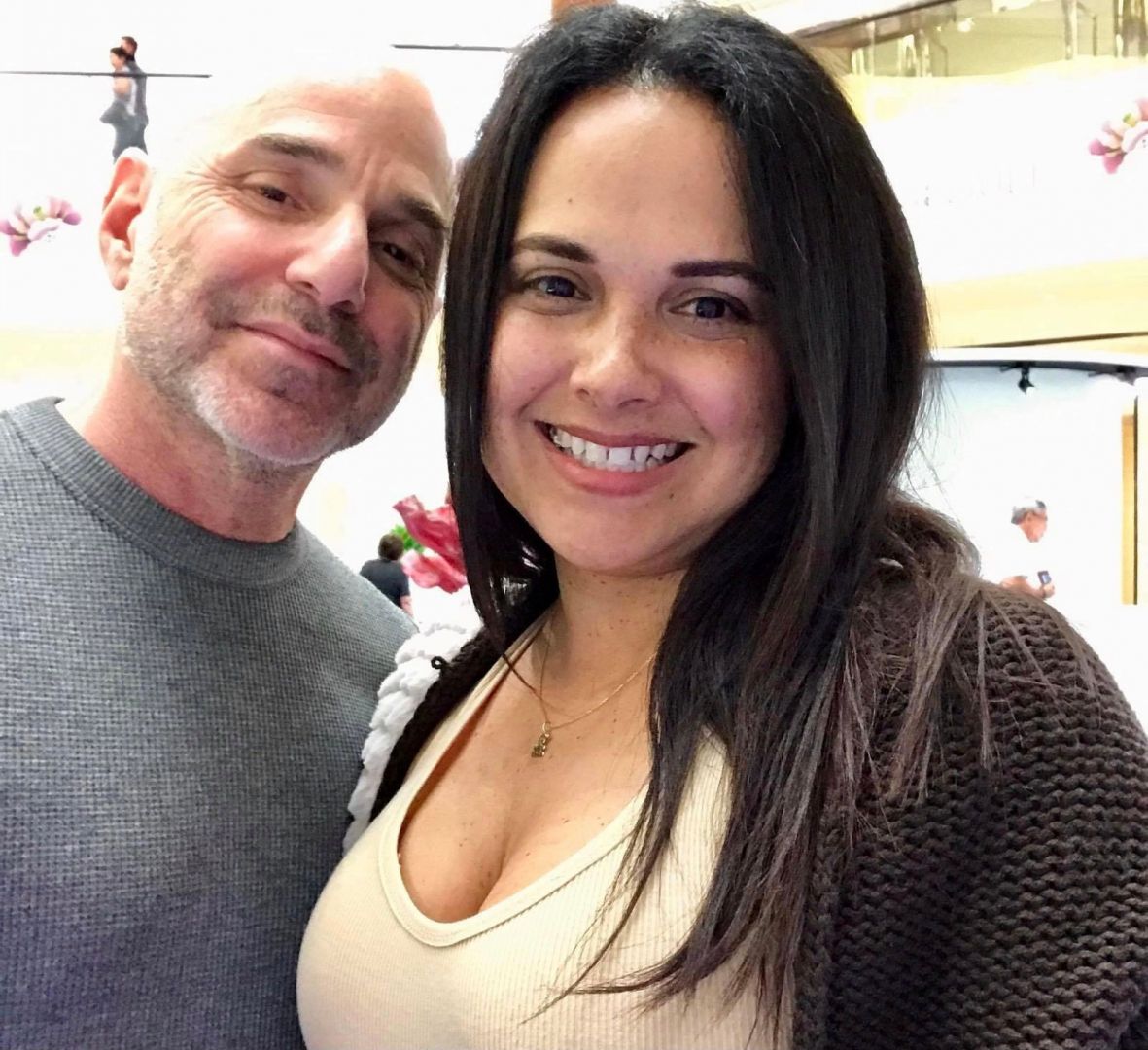 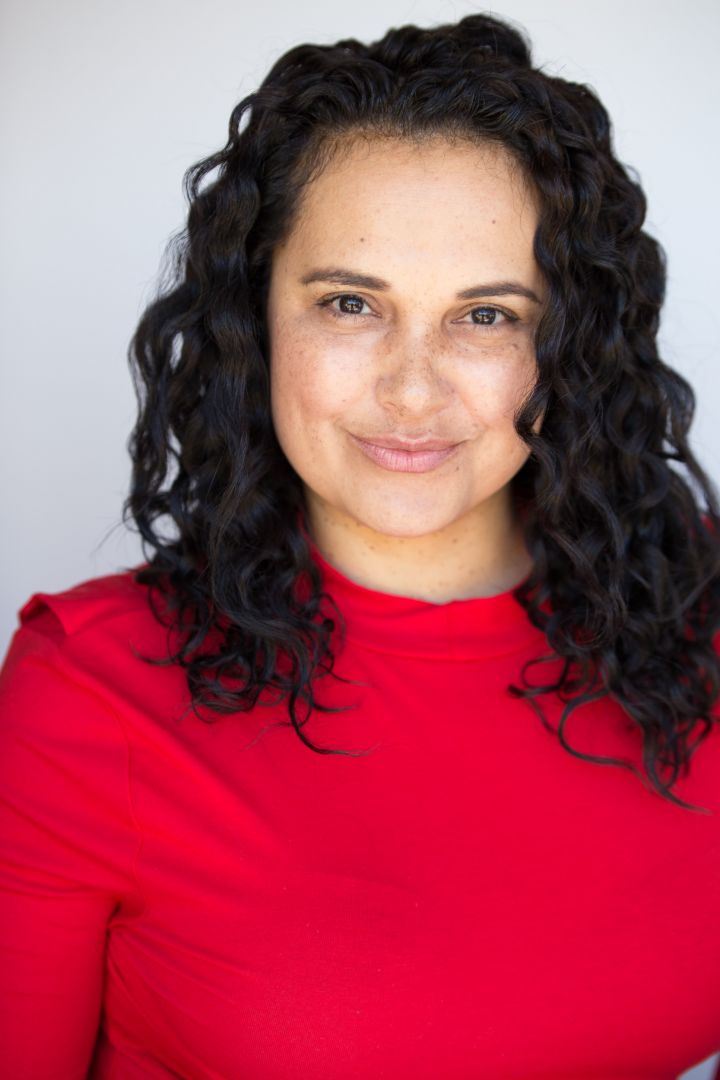 The Shoutout series is all about recognizing that our success and where we are in life is at least somewhat thanks to the efforts, support, mentorship, love and encouragement of others. So is there someone that you want to dedicate your shoutout to?
I’ve been very lucky to have the love and support of my husband, Roger at every stage of my life and career. He has always shown me unconditional love and devotion in supporting every one of my crazy ideas. I can’t explain how good it feels to have one person believe in you the way that he does consistently pushing me everyday to become a better version of myself in my career and in our lives together as well. I know that I wouldn’t have had the amount of opportunities that he has afforded me by supporting me in every way imaginable, emotionally, mentally, physically, financially and spiritually. Along the way, I’ve had many mentors and scholarships that have taught me the most precious gift is giving back and I continue to pay it forward at every turning point in my career. Saint Bonaventure gave me a financial scholarship when my dad lost his job and couldn’t afford to send me to private school and the Defore Foundation for the Arts offered me a talent based scholarship while I was studying at Cal State Fullerton which also helped me immensely to get the training I needed to pursue my dreams of a future career in the performing arts. When I opened up WESPAC, Westminster Performing Arts Center, I continued to give scholarships based on talent and necessity. And along the way we began to get a few anonymous donations and sponsorships from time to time which helped keep our program running smoothly and effectively. Finally, the Shawshank Redemption has always been one of my favorite movies of all time and reminds me of the tenacity and perseverance that one must have not only in this business, but most importantly in life. Its quotes have literally carried me through some of my greatest battles in this life thus far. Such as “Fear can hold you prisoner, Hope can set you free.” And, ” Get busy living or Get busy dying.” 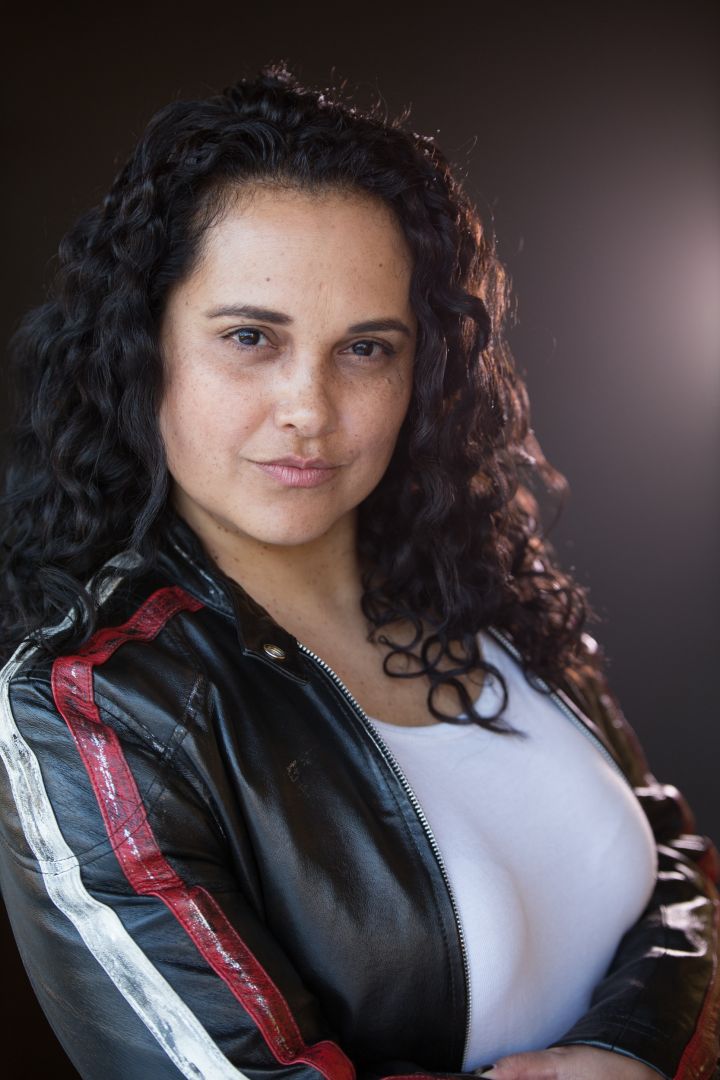